I will attempt not to reveal any plot details, but please be aware. You should be aware that you are reading a manual on obtaining various endings.
This game has four possible conclusions.
Three of these are determined by your overall performance in the game. The fourth is unlocked by decoding three images into audio messages that can only be heard at specific game points over specific radio frequencies. You must decode three images to locate the three keys at the end.

The community has data-mined all the math required to trigger the first three. They collaborated in finding and decoding messages, locating keys, and sharing locations for the fourth ending.

Based on the milestones achieved throughout the game, these are the first three endings.

The game will add up your total scores and do some comparison logic when you’re done.

This is what it means in plain English.

If you have the highest Leave score, you will be granted the “Leave” ending

If your Death score exceeds 10, you will be granted the “Promise” ending

If you have a tie between your Death and Leave, you will receive the “Promise” ending

If your Circle is larger than your Death and Leave, you will receive the “Memory” ending.

This is a lot of math, and some may not be familiar with it. I’ll try to give some examples. It’s quite funny to see this data because it used to be a lot of guesses based upon the psyche profile and other peoples’ profiles. I’m pleased with my conclusions.

This ending requires you to be cautious about killing enemies you don’t need to. However, you must also balance taking some damage to allow you to burn some healing items. You should always heal yourself immediately after being hurt. Spam interactions on doors you don’t know you can open(40+). Talk to all NPCs as often as possible (35+). You can play around with the sequences on the Penrose Ship or the Beaches (5m+).

This ending is easy to achieve if you are quick. It’s not difficult to beat the game in less than 6 hours. Don’t forget about the NPCs. As fast as possible, get off the Penroses and beaches. You want to avoid killing too many enemies. However, it is essential not to take too much damage or heal too much. This will impact your score.

As I suspected, the key to success is to kill many enemies and get your s*x kicked a lot. Kill all enemies (120+) and let the world do (1900+ damage!). You may also consider letting the game run while you AFK, which can increase your playtime. You will want to avoid speaking to NPCs and get off the Penrose or beach segments as soon as possible, just like “Memory.”

You don’t want too many healing items, (said.), you’ll wish to the advantage of being near-death in order to rack up 8+ “Deathcheated” events. Let enemies or the boss finish you off at least five times.

This ending is quite mysterious and requires that you open the safe just before the final boss.

These are the keys to success:

This information is available in the first area, Leng. On the second floor, you will find the Isolation Room (. This is the room with four cages, red light. Tune your radio to 096.000 to inspect the cage at the bottom right.

*Be careful, once you have completed this floor and sunk, you won’t be able for to return.

This image was decoded to reveal the answer. 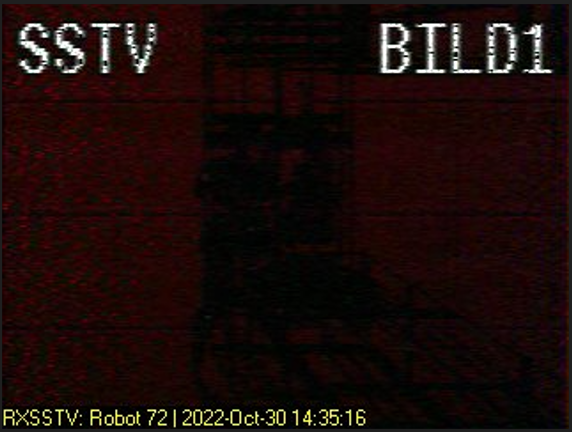 The Key to Eternity

The Key to Sacrifice

You can get this at Rotfront, in The Backroom of the Itou Store. It is marked “Backroom” on a map. Turn your radio up to 240.000 and go to the pile of boxes at the back of the room. It is located beneath the white books on the shelf.

*Be careful, once you have completed this section flesh seals the entire area and you won’t be able back.

Once you have all the keys, Before you complete the final Rotfort eclipse puzzle, be sure to have them in your inventory You will need to spin the phases of your moon in order to open the big hole that allows you crawl through. Turn to your right to see the safe you need with them when you crawl through. You will again need to look down. NEED THEM IN YOUR INVENTORY? You must crawl through the hole before you can do so. You can’t go back to this room after you pick up the book.

This is a bonus section in my interpretation of the plot. If you are just interested in the different endings, you can skip this section. These are only included because any discussion about endings includes a discussion of what it all means.

The majority of the game’s plot is in Ariane’s mind as she’s trapped in a cryochamber called the Penrose, which has crashed on an alien world in the far corner. This crash was thousands to thousands of years past its expiration date. This crashed wreck is seen on the planet’s surface multiple times during the game’s course. However, we know that it cannot be present on any of those colonized worlds where the actual gameplay takes places. Ariane is a Bioresonant. This is discussed several times in notes. The Replikant units use this unexplored bioresonant technology. It is believed to be of alien origin. We see alien architecture in the alien world Penrose crashed on. The game starts with Elster ascending down some alien steps into Penrose’s core planet.

The game’s recurring themes are radio frequencies and an underlying harmony in the universe. I believe that Penrose crashed on an alien world in some corner in the universe. Ariane, Ariane, and Penrose were able to reach out with their bioresonant abilities while still in stasis, tapping into the collective unconscious all Replikant units that used the same stuff back in the system where the game takes place. This is also supported by numerous notes found throughout the game describing Replikant’s radio sensitivities and susceptibility/reliance on bioresonance. Ariane also describes her long and painful suffering in cryostasis, which she described as a hellish place between death and life, a nightmare. Ariane, in her desire to escape the eternal prison she is trapped in, taps into the bioresonant networks that span the universe and drives Falke mad. Elster is awakened/dredged and is charged with navigating this nightmare to end Ariane’s suffering. However, she suffers from confusion as well as struggling with her own memories of Gestalt she is based upon.

Alina Seo is Elster’s Replikant personality. She also took the photo of Ariane that inspired her to join the military. The story is a series of these two individuals searching for one another but never finding each other. Alina is likely long gone, the war over, and Ariane is now joining the military and being paired up with a Replikant who is based on the girl she was hoping for. It is possible that she has an inkling of the truth via her bioresonance abilities. This would explain why she is eager to share things from Alina’s time and war with her. However, it is important to note that the envelope that contains clues about Elster’s origins is still sealed when it is found. Ariane may not realize that she has found the person she was searching for all these years. Ariane has woken Elster and made it so that she is carrying around a photo from her past Gestalt-self, which she is trying to find Alina.

Ariane’s suffering manifests itself in her projecting her thoughts, Elster, and trauma across the universe back towards Leng. This causes a total meltdown in the system, causing a sort of psychic armageddon. You will be able to explore Ariane’s psyche through Rotfront and Leng, and you will finally confront her (in most endings). The game switches between being in Ariane’s metaphysical space (, which includes a lot of cutscenes.) is when you are in physical space back in your solar system, as everything crumbles down from the psychic emergence and all the fleshy hellscapes.

Isolde/Isa Itou, Erika Itou are two of my sticking points that I can’t quite understand. I don’t understand Isa’s significance or how she gets involved in this and appears on Rotfront and Leng. She shouldn’t be able to travel between these places as a Gestalt, just like Elster, Adler and Falke. I have to go through all the information that the game gives me about the Itou sisters. Erika Itou’s presence within Alina Seo’s unit(is a link. ?IIRC). However, I believe that it would make Isa Itou lost both in time and space. There’s a significant time gap (at most over 14 years.) from when Elister was created out of Alina and departed into space with Ariane. Maybe it’s her impossibilities on Rotfort that cause her to crumble.

I hope you enjoy the Guide we share about SIGNALIS – Full Endings & Achievements; if you think we forget to add or we should add more information, please let us know via commenting below! See you soon!