The current guide to character creation describes cla*s abilities at the beginning and a cla*s Tierlist at the end.

There are eight races to choose from. Each race has a slight effect on the starting attributes, but this is not important in the long term. So choose which race you prefer.

You can also change your race or character appearance for one gold at a time (which is not permanent). 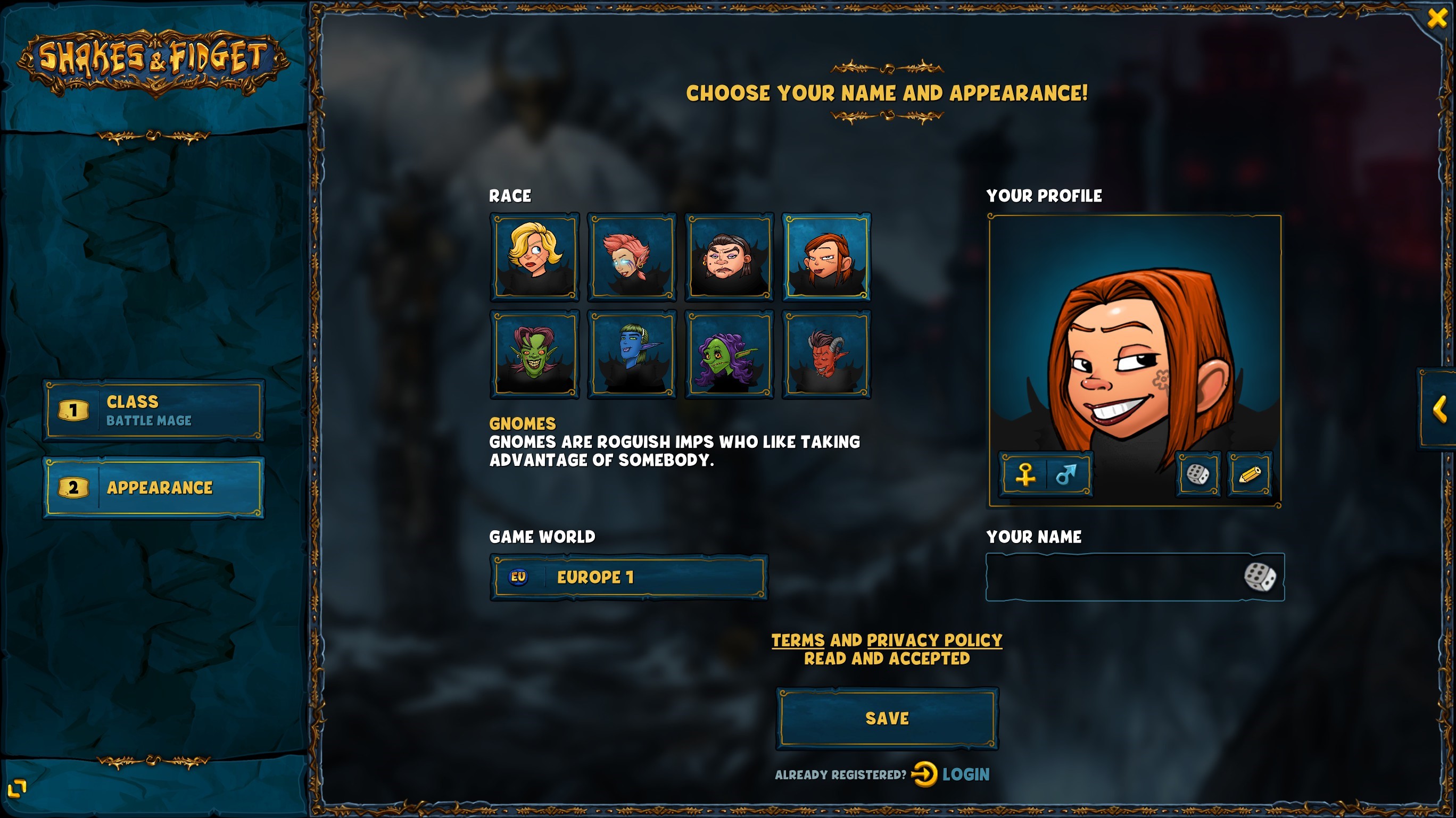 NOTE: Druid and Bard will be modified shortly, so their description could be altered accordingly.

There are currently nine cla*ses. Contrary to race, cla*ses cannot be changed.

Unfortunately, cla*ses aren’t completely balanced at the moment. This is why the next section contains a cla*s-tier list. However, I recommend you experiment before selecting a definitive cla*s. The game is highly grindy and will take years to complete, even PVE content. There is no point in picking the Demon Hunter cla*s, even though it is S-tier. 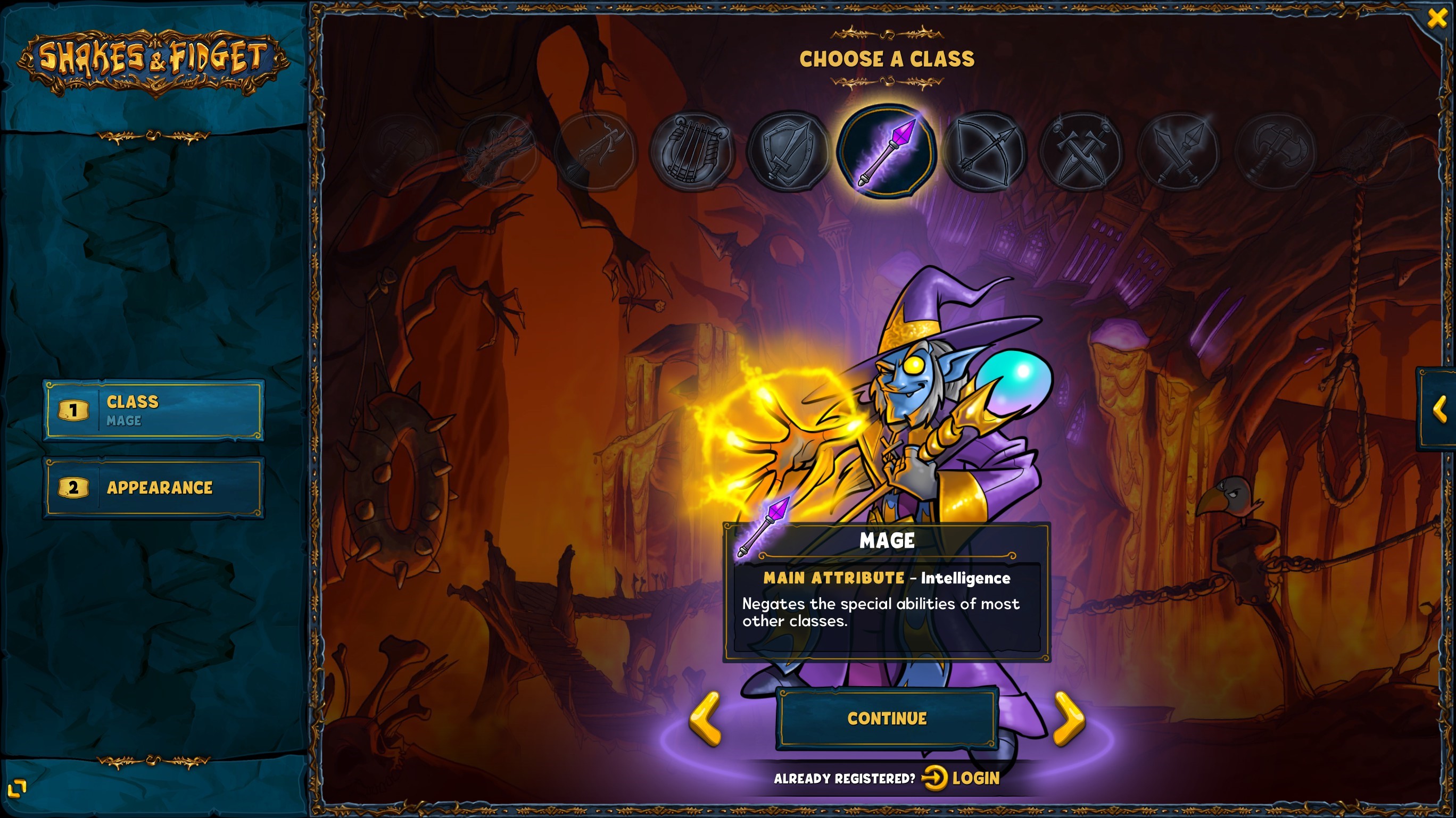 Because abilities are not fully explained in the character creation screen.

Druid can choose from 3 animal forms (can be manually changed). Each form will alter your abilities and attributes. Note: Tiger and bear forms deal half damage to Mages and Bards.

Bard can play three instruments (can also change between them manually). Each instrument has its own abilities, but the attributes are the same:

The following screenshot explains the various instruments in detail:

The Bard will play a tune for each round of combat, regardless of which instrument you choose. The tune can last from 1 to 4 rounds, depending on its level (25 percent chance for level 1, 50% for level 2, and 25% for level 3). Con / Int ratio also affects tune length. If your Con is greater than 75% of your Int, you will get bonus rounds for the tunes.

It’s important to establish some premises before you jump on the tierlist.

The performance of a character’s character is directly affected by the amount of mushrooms purchased and their game knowledge. A tierlist must be based on the same knowledge and mushrooms paid in order to make sense.

One factor is important when ranking cla*ses are determined: volatility.

Simply put, how lucky a cla*s is in beating stronger opponents can determine its volatility.

Note: Considering only pvp (and the same stats) to compare cla*ses can be misleading. A Demon Hunter will progress faster than a Warrior with the same mushrooms and will have a level and stats advantage.

Excellent dungeon performance (a better scout since its ability works against mage). It takes double damage from Mage, and its high volatility makes it a little inconsistent in PVP.

Their low volatility would be a good advantage in PVP against opponents of lower stats. However, their poor dungeon performance makes this difficult (read: expensive).

These two cla*ses are currently under revision. They will be added to the Tier list later.

Bard’s current dungeon performance is excellent, but he has a problem with Berserkers in PVP.

On the other side, Druid has a good dungeon performance early on, but suffers later against high-HP Mage dungeons.

This guide provides a current description of cla*ses and ranking. Other guides are outdated, I believe.

Online, you will find a lot of incorrect or outdated information. I recommend joining the forum if you need help.
Tavern’s Discord – [discord.gg]

This is the best source of information currently for advanced game knowledge and strategies. This guide is actually a compilation of work by other Discord members. I am particularly grateful to crazi, who provided his Tierlist (which I essentially copied:D).

This is all about Shakes and Fidget – Characters Tier List and Selecting Abilities; I hope you enjoy reading the Guide! If you feel like we should add more information or we forget/mistake, please let us know via commenting below, and thanks! See you soon!