Explains how the game awards karma bonuses and encounter ranks, helping you to maximise your murder coolness and achieve the coveted five stars. Also includes a list of every possible style bonus and general tips. 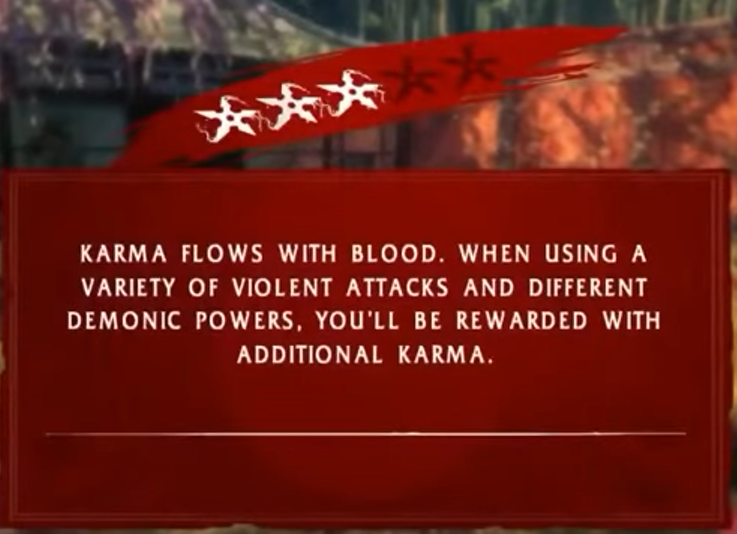 In chapter 1 of the game, a few combat encounters in, the game introduces the player to the concept of karma bonuses with this infuriatingly vague popup. Like most people, I assumed this meant using multiple attacks and varied weapons, but I eventually learned through experimentation and observation that this was wrong.


So what does boost it? We’ll get into the particulars soon, but the short version is this:


It’s the style bonuses listed on the screen and nothing else. 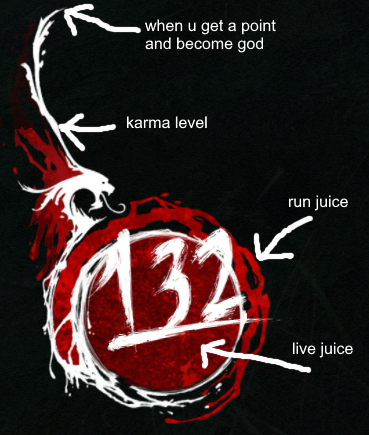 Style bonuses are awarded when the player kills or injures an enemy in an interesting way, such as cutting their head off with the katana (Beheaded), removing one of their limbs (Shredder), killing them while stunned on the ground (Sleepyhead), on fire (Merciful), or within a few seconds of another kill (Massacre). By default they are displayed as floating white text above a dead enemy; they may alternatively be shown on the left-hand side of the UI if changed in the options.


The more of these bonuses the player gets in a combat encounter, the more bonus karma they will get at the end, and the higher score on the five-star ranking system they will be shown. The threshold for each rank is per-encounter based on how many enemies there are, and of what type.

Things that have absolutely no bearing at all on karma bonuses include:

The likely reason so many people thought things like time and variety mattered (other than that bastard text popup) is the true wildcard style bonus, Massacre.


Massacre is awarded for kills in quick succession, and I do not fully understand how it is awarded, because it has a lot of criteria that changes how many times it is given. The maximum multiplier is 5 Massacres awarded per kill, seemingly based on the length of the killstreak, time between kills, killing multiple enemies in a single shot, and probably several others I haven’t figured out. Since Massacre means the player can get huge karma bonuses for kills one after the other, it’s easy to see how people might misconstrue this as raw speed providing more points.

And so, here is every style bonus it is possible to attain, to the best of my knowledge:

That sure is a lot of boxes full of words, Cosmic, but how do I actually use these white numbers to get more karma?


Well, here’s some wisdom from my personal experience to help:

Above all, though, I don’t want you to treat cheesing the game for extra karma as gospel. Do not let chasing after pictures of ninja stars dissuade you from enjoying cutting shadow beings in half on your own terms. Shadow Warrior is a fascinating little hack/slash/shooter that wants you to play around and experiment with its components, so don’t let my suggestions restrict you. Do whatever.


This is the part of the guide where I ask you to give it a thumbs up, and I genuinely mean it this time. More people need to know about the wonderful gameplay systems SW2013 has going on under the hood, Your support could bring psychotic, violence-absorbing smiles to hundreds of players, and help them really enjoy what Flying Wild Hog put together here.

Special thanks to KindaRandomUsername, whose 2016 video on the topic I found while researching, and who I stole the screen capture of five stars in the thumbnail from because I wasn’t good enough to get it myself on demand. It’s an entertaining watch, and they also show a highly effective cheesing technique in the video if you’re of a game-breaking disposition.

Hope you enjoy the Guide about Shadow Warrior – Style Bonuses Work + Awards Karma Bonuses and Encounter Ranks, if you think we should add extra information or forget something, please let us know via comment below, and we will do our best to fix or update as soon as possible!