The purpose of this guide is to present the 3 first SFW mods of this game while explaining how to install them.

For a game mixing musou and beat’em up mechanics that has correct garde (the game would be way better with a less frustrating exp grinding system) I feel it’s a shame some people just see this game as a way to “feel good”. This game has now 3 years-old and still no other mods than lewd stuff, so I’ve decided to make the first SFW mods of this game (or at least the first to be published), because this game deserve a better treatment.

My skills in modding are preatty absics so there will only be texture editing (maybe if I keep going with modding this game one day I’ll do more than that) and most textures are well done (I think) but some can be a bit messy so when I’ll have the time, if I get more knowledge on how to edit the texture of this game I’ll surely update them.

If you encounter any glitches and bugs with my mods or got any problem for running the game with them or while installing them, don’t hesitate to let me know and I’ll do my best to help you.


This guide will present my 3 mods, will also tell you how to install those mods (another guide also explain how to install mods at all on this game but I think a more recent guide with screenshots of a more recent steam layout would be great + his guide includes NSFW content so feel free to check his guide if you find some of my steps are unclear and if dealing with some mature content don’t bother you, here’s a link of the guide : https://steamcommunity.com/sharedfiles/filedetails/?id=1673158011 – [steamcommunity.com]

– An Adidas sport suit over The School Bloomers (if I’m correct, i’m not sure of the exact name) colour 2. I don’t have a particular love for the Adidas brandmark but stripes looks good on this outfit and a little Logo was a plus I think. 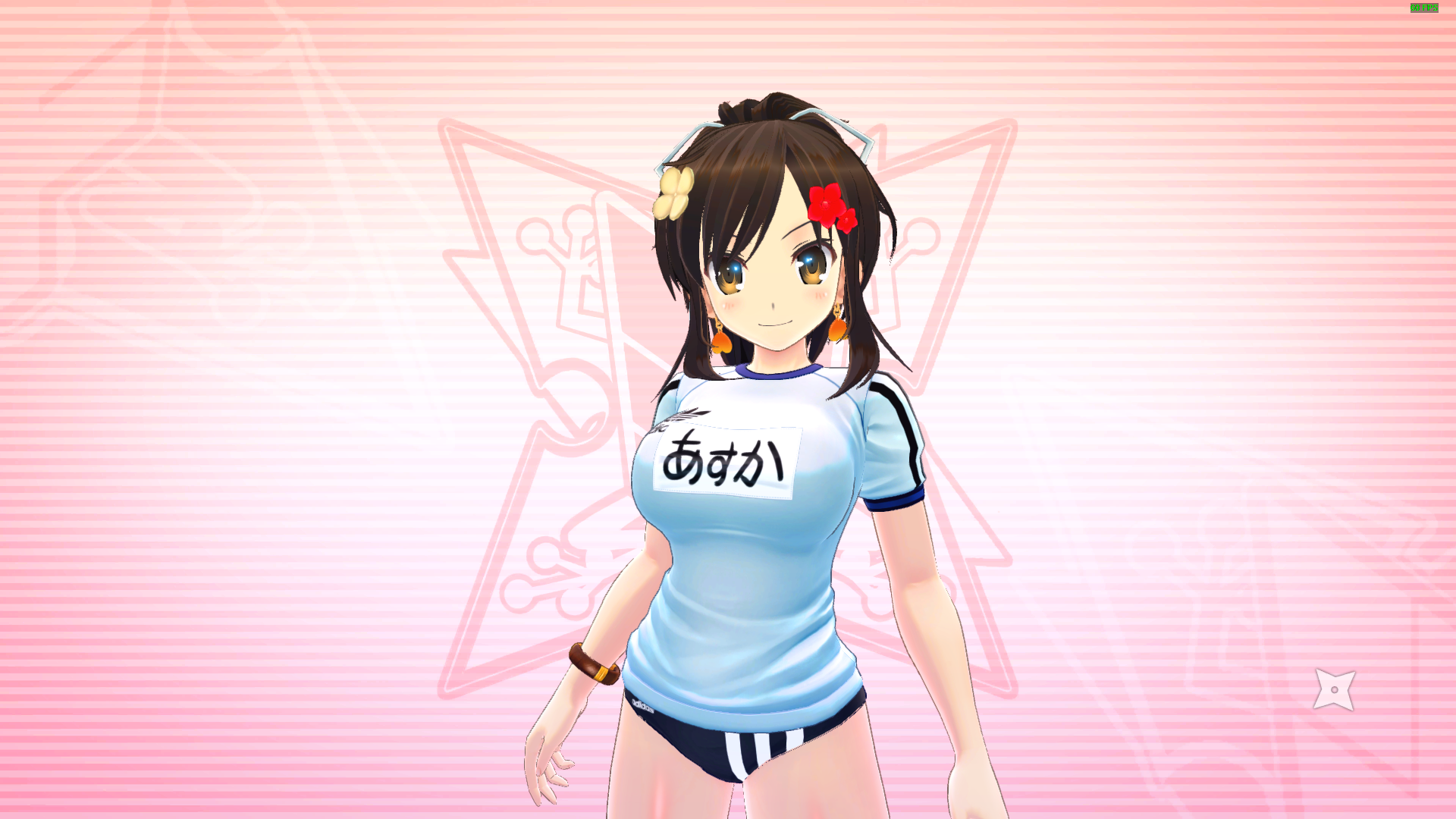 – A Smash bros sport suit over the Sportswear colour 1 because a white top was really good looking and remind me of smash bros for some reason so I’ve added on the short the smash ball as well as 4 characters of super smash brothers as well as the title of super smash bros ultimate on the top. Unfortunately, I couldn’t edit properly the top of the suit so the black stripes that are crossing each other are perpendicular like in the smash ball so I leave it as it is normally. 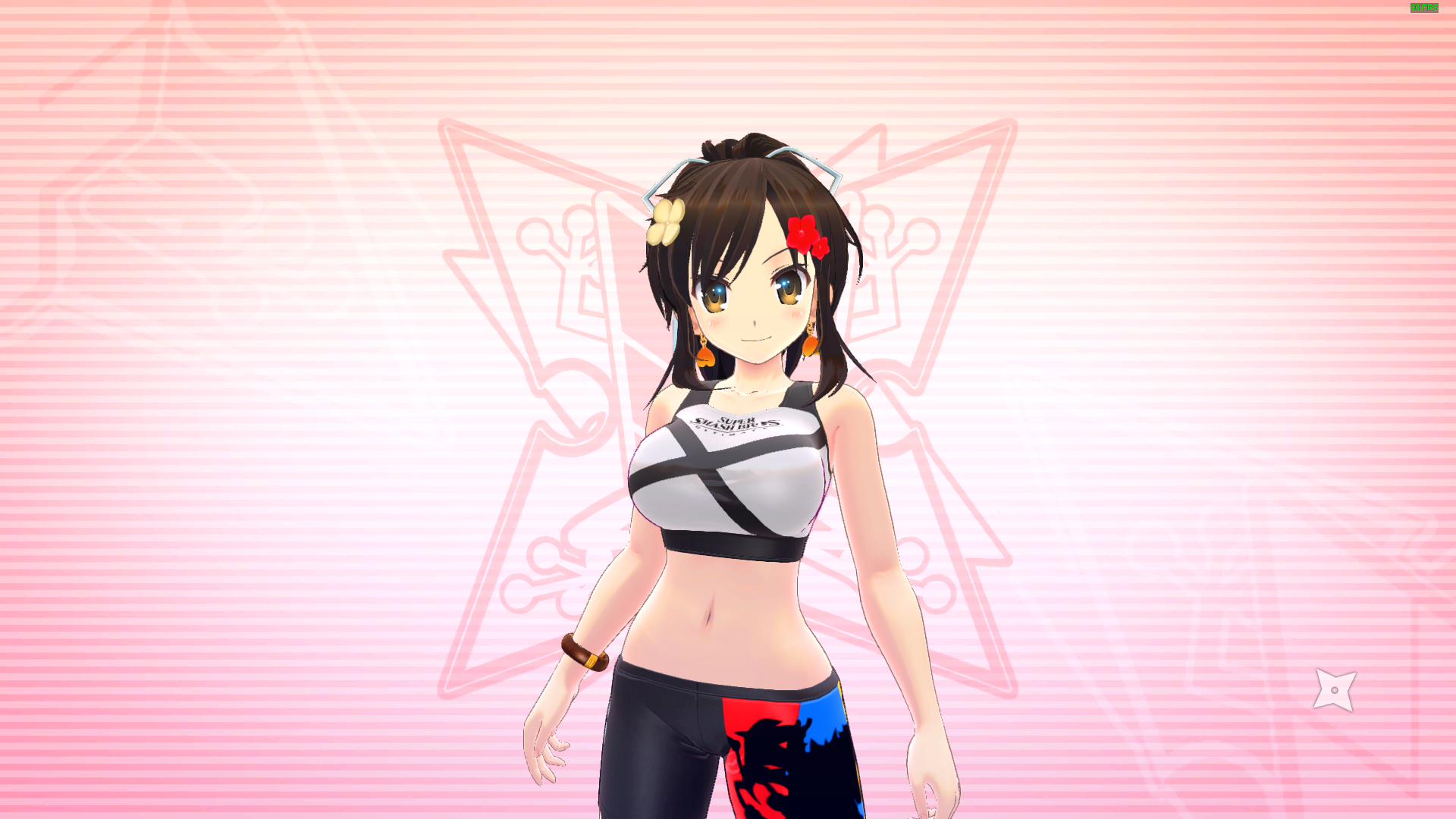 – An Hawaian Yukata over the Yukata because… because… I thought the patterns will look good but I had such a hard time editing the texture that it is the one I like the least and… Let’s just say it’s an outfit for japanese tourists when at Hawaii, ok ? 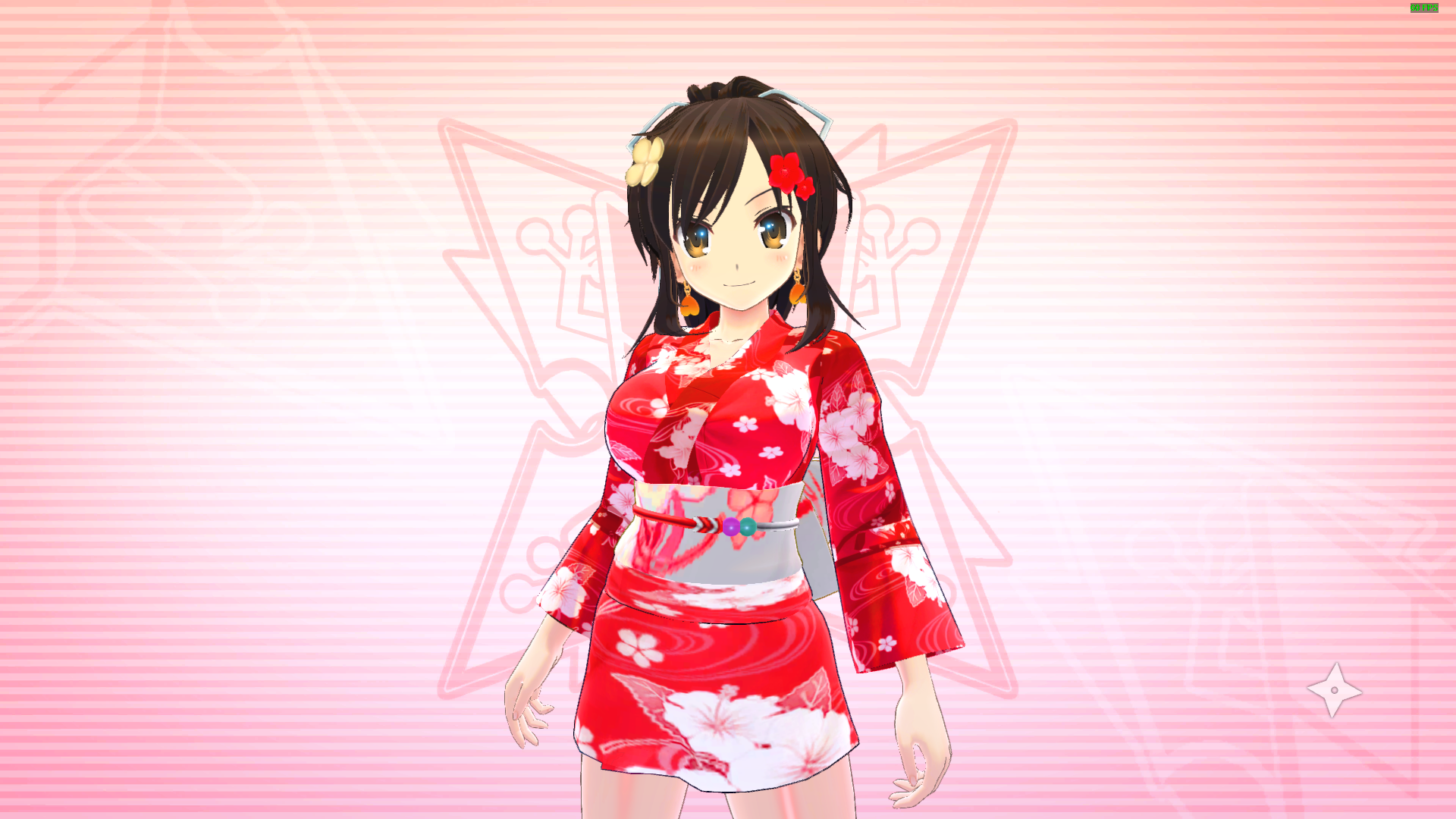 For that, right-click on your game in your steam game library and either : 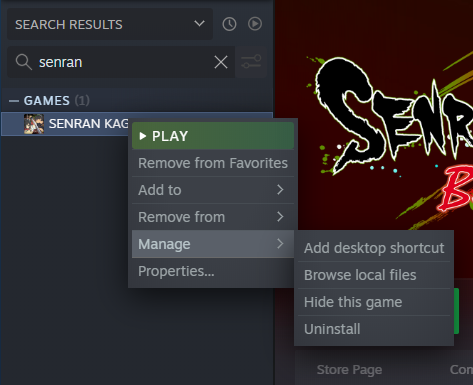 – Click on “Properties” a new steam window will appear, on it, click on “Local files” and then “Browse…”. 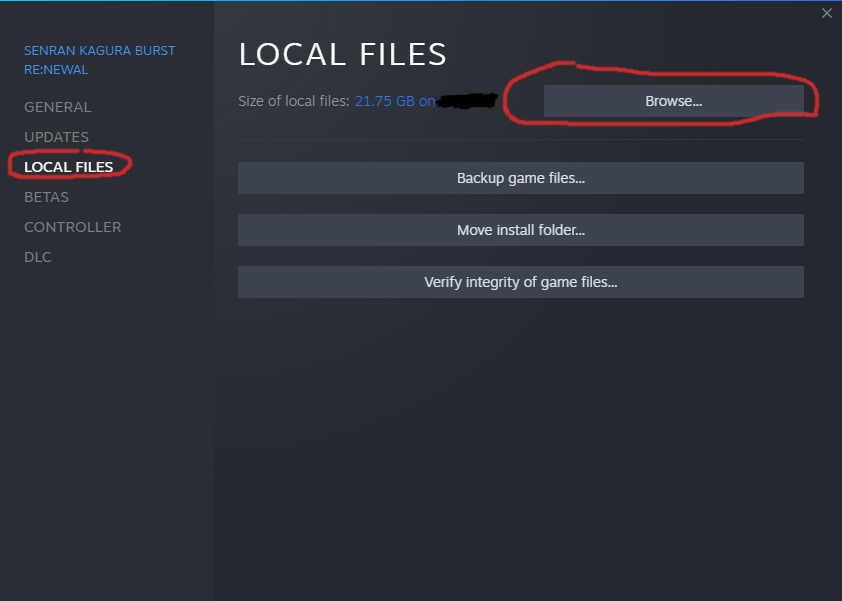 A file explorer window with your game files will appear. 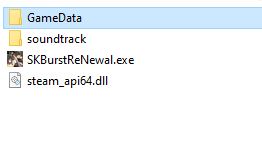 Click on your “GameData” folder and copy-paste it : this will be your backup in case of any problem with the mods, so you’ll don’t need to verify the game files in steam and it will makes you win some time. You can rename this copy if you want, like, for exemple, rename it as “Backup GameData”.


Now, unzip the Mod pack (if you don’t have any program to unzip archives, you can download Peazip, it’s a great free tool for unzipping files, here’s the link to download it – [github.io] ) , choose any mods between the three in the mod pack, pick the cat files of the mod you’ve chosed and place it in the same directories as it was in the modpack. For exemple, let’s say you’ve chosed the Smash bros suit, to acess the cat files you did “Mod Pack” -> “Smash Sport Suit” -> “Gamedata” -> “Model” -> “Costume” -> “NsrkCos”

so you’ll place the mod in the game data folder of your game : “Senran Kagura Burst ReNewal” (the folder of the game) -> “GameData” -> “Model” -> “Costume” -> “NsrkCos” and you’ll need to paste the mod files here, a window will appear and ask you if you want to overwrite the files, say yes and now you’ll have the mod installed.

It speaks for itself, don’t you think ? 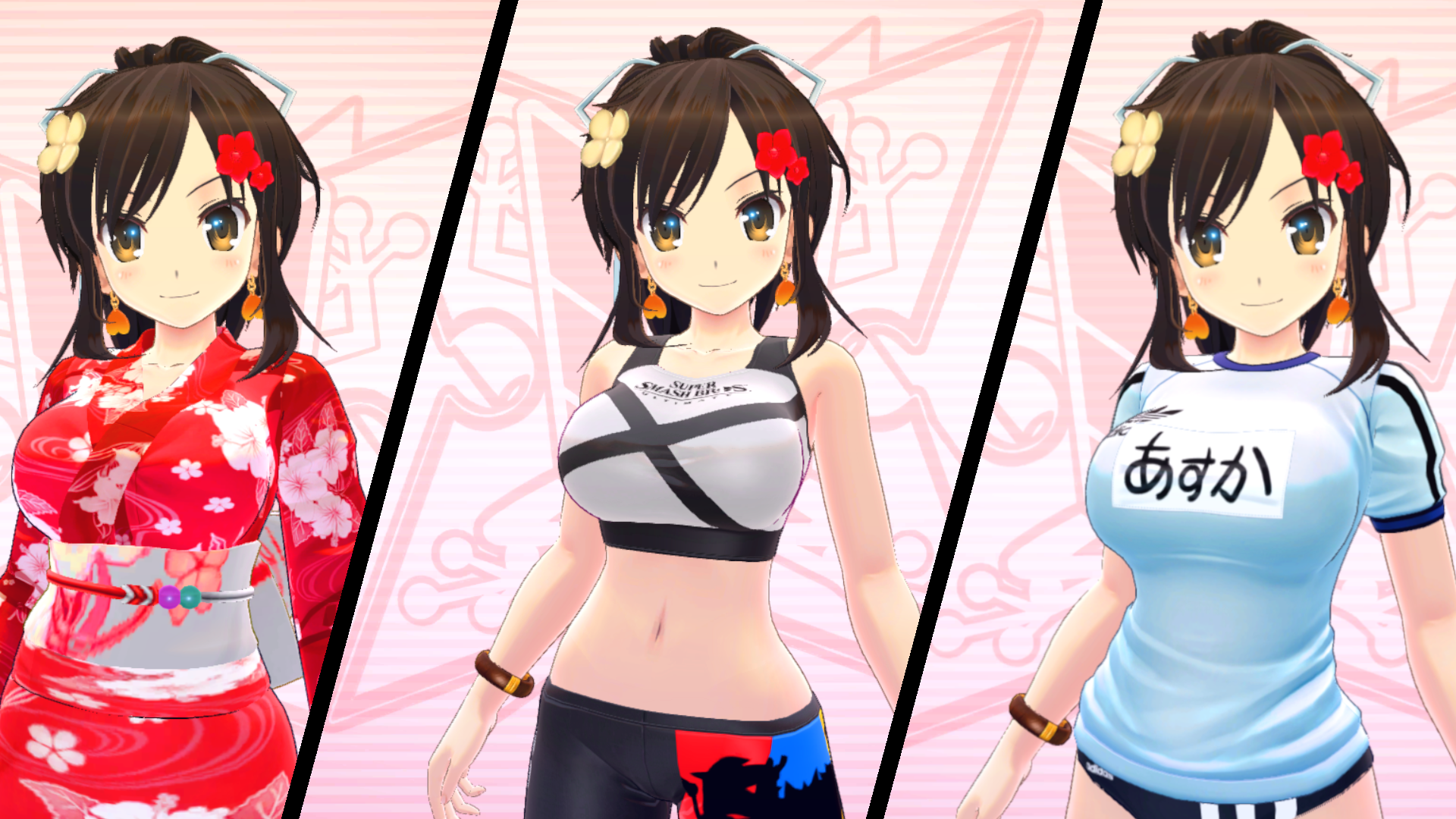 Hope you enjoy the Guide about SENRAN KAGURA Burst Re:Newal – How to Install Mod in Game, if you think we should add extra information or forget something, please let us know via comment below, and we will do our best to fix or update as soon as possible!