those 250 kills don’t have to be legitimate

The milestone system gives you rewards after reaching 250 KOs with each (non-workshop) character. But what if I told you it’s possible to cheat at this system? In this guide, I will tell you how to unlock the rewards without going through all the grinding the developers want you to.

If you only want the milestone rewards for one session, you can enter the Konami Code on the milestone screen, and you’ll instantly unlock everything that can be unlocked. However, as previously stated, this only lasts for one session – as soon as you close the game, the rewards will go away. This is why you may want to do this the not-as-easy way.

If you want to unlock milestone rewards permanently, you’ll have to actually accumulate 250 kills with their respective characters. But don’t worry, there’s an easier way to do that.

The first step is to download https://steamcommunity.com/sharedfiles/filedetails/?id=1869796663 This is important because he emulates his game of origin perfectly, and by that I mean he dies in one hit from anything.

The second step is to make a specific custom stage, using the in-game editor. The stage should consist of a fully solid platform that extends to the blast zone on both sides, and nothing else. In other words, it should look something like this: 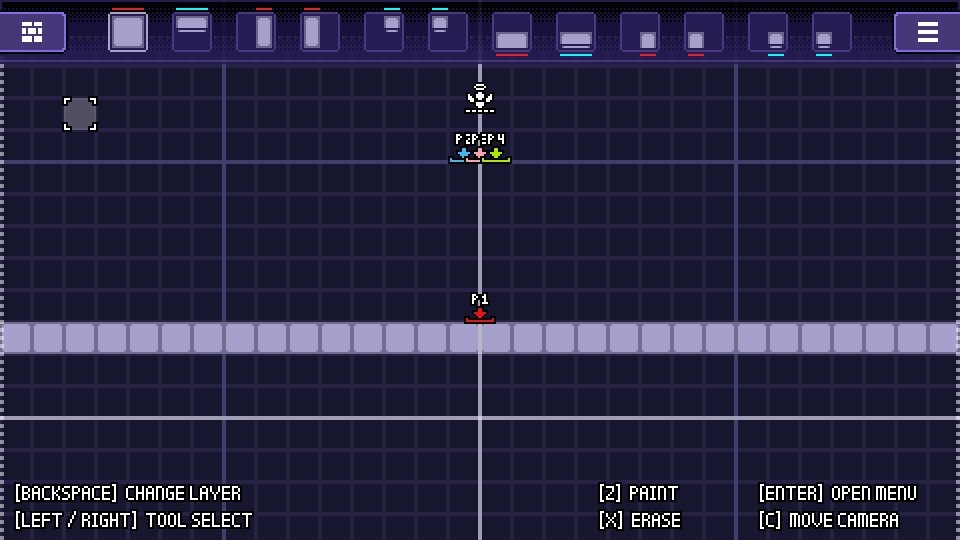 Next, set up a local match. The rules should be 99 stocks and no time limit, and its participants should be 3 CPUs all playing as The Kid and you playing as a vanilla character. (Vanilla means “in the base game”. You won’t get anything for doing this with a workshop character.) I reccomend setting the CPUs to level 1, but that part probably doesn’t matter. The stage should be the one you just made – while you can use a different stage, doing so will give the CPUs the opportunity to self-destruct and make you play the match with the same character twice.

Here’s an example of a match that’s been set up for milestone cheating. Notice the indicators at the top of the screen. 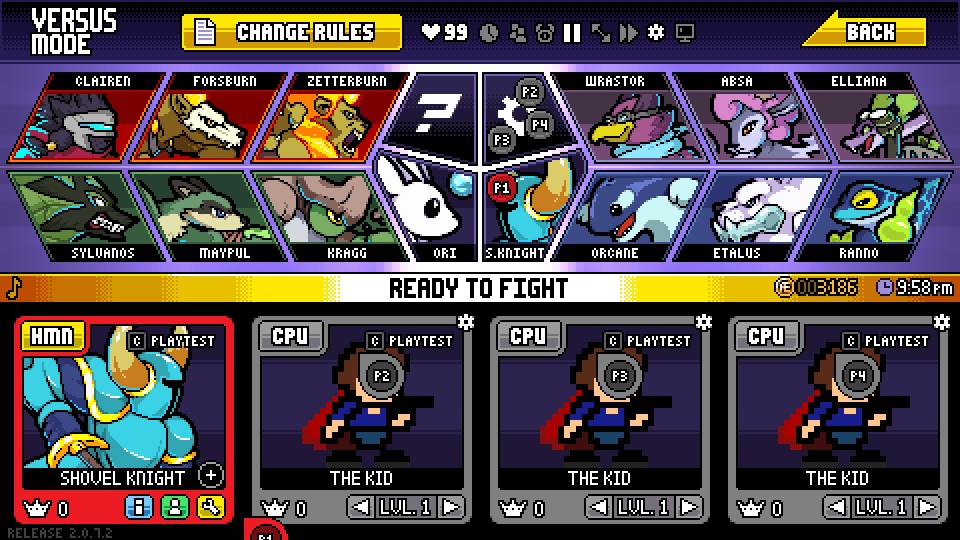 It will take a while to burn through their 297 total stocks 14 times, but it won’t take nearly as long as it would have with any character other than The Kid.
Once everything is done, congratulations! You cheated at the milestone system and have every milestone! Enjoy your new reskins of characters and stages.

I hope you enjoy the Guide we share about Rivals of Aether – How to cheat at the milestone system; if you think we forget to add or we should add more information, please let us know via commenting below! See you soon!