Hello fellow space Marines. through much trial and getting eaten by just about every monster I wanted to share my tips, suggestions for how to effectively play the marksman and survive long enough to get that juicy Crit.


In this Guide i will highlight what exactly the role of the marksman is, What you rely on, What your strength and your weaknesses are, suggested loadout and finally your playstyle.

Your role as a marksman 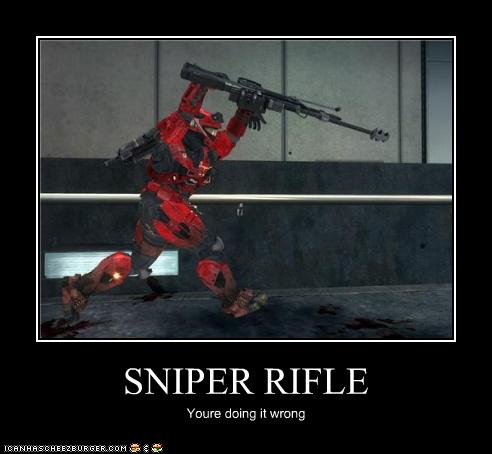 Obviously as a marksman you are suppose to be a badass capable of shooting enemies in the head and saying “Boom headshot” all the time right? well there’s a lot of hoops and hurdles to go through to achieve brief moments of this.


Your role as a marksman is to kill High threat targets such as slashers, Devourers, Fluffies, Hunters, Thanatos and other creatures that are weak against energy. This also includes sniping low health biomasses and enemy terminators. 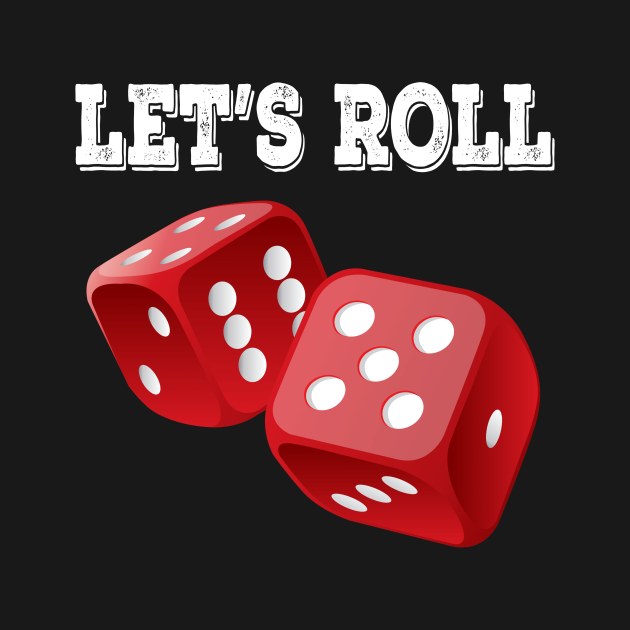 The Weaknesses of a Marksman 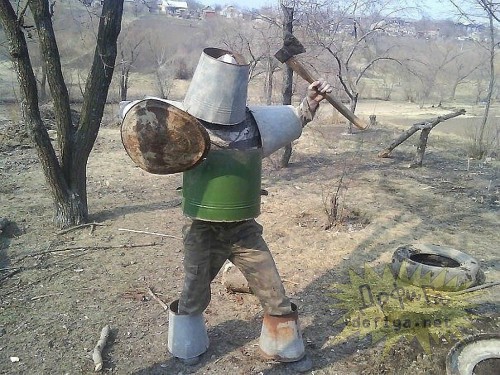 Now with the ability to absolutely wreck high threat monsters there are a lot of drawbacks and weaknesses to a marksman. First and foremost your weapon the stinger is big, its heavy and it requires you to stand still to shoot it. Being this slow is extremely dangerous and if your team is fast you will get left behind and you will die.The next one is the fact you are made of glass. You are not a hellfire you cant take punches to the face. an enemy like Ker and thanatos have the ability to one shot you. You have limited ammo and your ammo generating skills have a bit of a cooldown. one of the worst things you can do is waste a shot by either missing or wasting it on a low value target.

Loadout and how each skills works 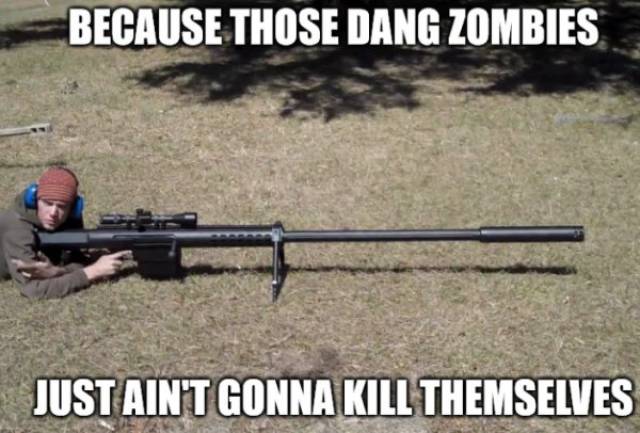 
1. Vital spot targeting. This ability is hands down the staple of any marksman. First off it will refill your ammo if you are empty so keep in mind that if you can always keep your extra ammo you pick up in your inventory in order to utilize the ammo generated from this ability. Now this ability increases your critical Strike Chance, Critical strike damage and flat damage. The catch is that this ability will only stack if you are not moving and have your stinger out. if you move you lose the stacks and have to rebuild them. If you manage to kill a target your stacks at the time will refresh. if you are unable to land the kill you will need to rebuild the stacks.

as for target marker it will only refill your ammo when you are below six shots very similar to vital spot targeting. What this ability also does is it will designate the first target it hits on activation making them weaker to kinetic damage which is nice, its other niche is the ability to juice up your secondary damage when you kill a target with a primary weapon this is passive as well. keep in mind this only applies to the first target hit. anything after that the effect is lost.


3. Stalker. Stalker is VERY good it allows you to cloak after a small portion of time making you invisible to most low threat monsters *WARNING* dogs can still spot you while cloaked and a lot of your deaths will be from these bastards. What stalker also does is increase your critical strike chance and critical strike damage.


4. Critical Strike. This is a simple staple but maxed out gives you a 10% critical strike chance passively which is incredibly important. its also a cheap skill.


KEEP in mind both Stalker and critical strike also effect your primary weapon which allows you to easily handle low level mobs.


5. Adaptive systems. This passive is a pretty big deal it gives you 20% damage/ 10% speed while inside a building. it also gives you the barricade buff if you are near a doorway or window. now keep in mind staying alive is your top priority so staying with your team vs an extra bit of damage is something to keep in mind.


after that i pretty much dump everything into power cells. your stingers energy mode uses suit energy to fire so you will need a high amount of energy regen to effectively use it along with your abilities. i would at least stay above 4.5 Energy regen per second

My personal play-style for each game preferences and tips

To give you a general idea of how i handle each match will depend on a few factors.


first and foremost your team Comp. your match will always start in the waiting room. because groups vary and as a marksman you will need to know what team you are going in with.


For example if your group has no medics well you better be looting lockers for medkits and any other type of medical supply in fact even with a medic you should have that on hand because ♥♥♥♥ happens.


in the very beginning of the game is the Biomass clearing, looting, and scouting phase.

now when i drop into a game the very first thing i do is look at my map and look to see where the biomass/ biomass whales are located. your team can easily clear all nearby biomass so dont be a moron and shoot the closer ones. get any that far away. biomass builds up health fast and will spread so use that stinger to your advantage your energy firing mode can go through walls and buildings.


now as for scouting you will be after a few things. obviously energy batteries. but other things that a lot of people will gloss over are stimulants. these buggers give you a 10% crit chance which is pretty ♥♥♥♥♥♥♥ important so if you see people with them id suggest you hound them to drop them for you.


In addition if you plan on soloing as a marksman you should get any medical supplies because its real ♥♥♥♥♥♥ to die because you didnt have a medkit. it doesnt help you are a glass cannon. another big tip is to try to have powercells on you. using one of these will give you a 50% increase damage to your stinger and you will flat out wipe the floor with enemies like thantos and can even put a huge dent in a hellspawn


im going to sound nuts to say this but you will want to get a hold of explosives because the fact is you can do very little explosive damage and there are enemies that are only weak to it. my main example is Etaphre this bastard has a lot of armor which your kinetic rounds are bad against until you shred his armor.


now another one of my priorities is BARRICADES the barricade buff is just amazing it increases your range, your damage, and your armor along with other buffs.


with all of this said always keep your eye out for the stinger upgrade and let your team know you want the upgrade. the most idiotic thing to happen is to have a teammate see the upgrade and not pick it up for you. that upgrade will turn you into an absolute monster bear in mind the upgrade can be destroyed so be very careful if its on the ground.


your play style is a sort of hit and run tactic. if you stay with your team you will be picking your kills very carefully. with keeping in mind your cooldowns your position in the group and the threats that are on the screen. never dilly dally in the back if you are behind dont shoot and get ahead or at the same pace as your group.


another reason barricades are amazing is they reduce your manual aim time. what i mean is that every weapon that you manual aim with needs time for you to build additional critical strike chance. if you immediately switch to your stinger and shoot you will have a lower critical strike chance. this what i mean by picking your targets carefully let your team handle the small stuff but if you need to kill anything that is a threat to you.


the mechanics of energy damage are a bit different to the other two main sources. energy damage can stun a fully suppressed target it can also s*rip off mutliple layers of armor if your target is weak to it. a good example is thanatos. a good marksman can flat out s*rip off all of thantos’s armor with a good shot. but an enemy like a holer will be an absolute bastard to s*rip armor off of. now a holer being weak to kinetic damage seems like the better option? well kinetic damage cannot s*rip more than one block of armor per shot no matter how much damage you do so you could easily blow through 5-10 sniper rounds just to kill a holer. where an assault could mop the floor with it in seconds. this where understanding your team comes in handy.


Another huge threat to the marksman is creep. you know the stuff on the ground from biomasses? guess what monsters can spawn right on top of your a*s and pretty much make your cloak useless.


now im bloody tired of typing so good luck to you! may the dice rolls be ever in your favor!

I hope you enjoy the Guide we share about Red Solstice 2: Survivors – Marksman Best Build & Strategy Guide; if you think we forget to add or we should add more information, please let us know via commenting below! See you soon!