It reveals the information that is not presented in the shop, but you need to know it to better understand your engines.

A steam locomotive has a few different parameters that describes it. I think you need to know them to understand how does the engine work. Most of them have different margins to those we see in the game. And it can be confusing. Let’s go through them step-by-step. 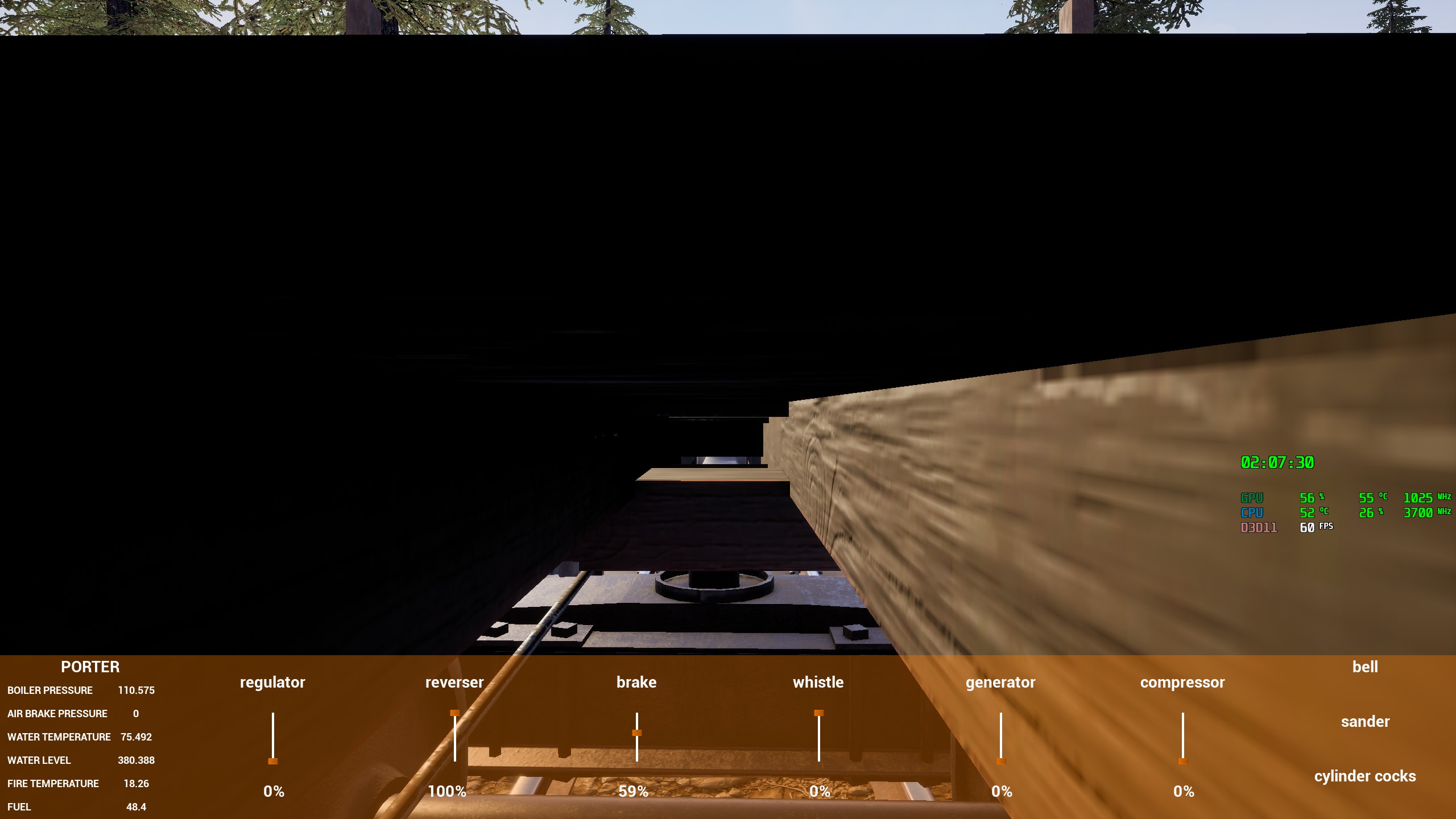 Attention! All the numbers are given for 0-4-0 Porter locomotive, since I’ve studied only this engine. Later I’ll add numbers for other engines.


Fire temperature is a parameter that influences water boiling.


Fuel points (FP) show amount of fuel in the firebox. If FP > 0, than they will increase/decrease fire temperature by FP * 0,04 every second. FP can drop down to -50 for a starving locomotive (not to 0 as UI says). Every firewood piece gives you 10 FP. A locomotive consumes 0,1 FP per second.


Thus to fire up a locomotive, you need to throw at least 6 firewood pieces. If you throw them very fast, you can get positive fire temperatute in 30 seconds. However, fuel will be depleted soon and won’t be able to heat the water enough.

With 7 firewood pieces you can get positive fire temperatute in 13 seconds. But it still won’t be able to boil you even a cap of water.

You need at least 8 firewood pieces. Positive fire temperatute will be achieved in 9 seconds. Not a big deal, but. But due higher heat production you will get enough heat to boil the water.


That’s why you don’t have both temperatures rise for a while after you’ve thrown firewood. First fire temperature needs to overcome that -10 to 0 degrees path. Then water temperature does the same path from 0 to 10 degrees.

Thus, hot firebox will provide you enough pressure all the time.


Considering this info we can find out how fast your locomotive will cool down. Let’s assume we had 400 fire temperature. We know that fire temperature changes by FP * 0,04 every second. Then negative fire temperature (-0,512 degrees) will be reached when FP is -44.8, that’s 448 seconds after FP reached 0. In 6 seconds the temperature will drop to -10 degrees and stays there. However, FP will continue their path to -50.

After fire temperature became negative, water temperature drops from 110 degrees to 100 degrees in 200 seconds if no fire provided. During the same 200 seconds your locomotive will consume not 20,0 FP (2 firewood pieces) as expected, but only 5,2 (from -44,8 to -50). In some way we can say that we can save 14,8 FP (1,4 firewood pieces). Does it worth the hassle? We need more experiments to find it out.

Firewood capacity, pcs: 499 (or 500 if I was distracted during the observations).

This is all about RAILROADS Online! – Hidden Specs of Locomotives in Game Guide; I hope you enjoy reading the Guide! If you feel like we should add more information or we forget/mistake, please let us know via commenting below, and thanks! See you soon!