This guide will teach you how to access the unused variants of maps in PowerSlave Exhumed, as well as the various levels used to test specific mechanics of the game.

As most will know by now, PowerSlave on the PlayStation and Sega Saturn shared many differences with regards to its levels. While the gist of each level was largely the same, the layouts and overall design of these maps could vary greatly. Generally speaking, due to hardware limitations, the PlayStation designs were much more narrow and claustrophobic than on Saturn. It’s all subjective of course, but an overwhelming majority of fans consider the Saturn version to have the superior designs.


Using Karnak Sanctuary as an example, note how the PlayStation version has the sanctuary tucked away in this very small space, whereas on Saturn it’s placed in a much more open environment, and the exterior is completely different. On PowerSlave Exhumed, the temple exterior is taken from PlayStation and the open environment is lifted from Saturn.

This guide will teach you how to play the older PlayStation versions of these levels, before any remixing or combining was done.

Please note that these should only be played for curiosity purposes. Do NOT try to replace level files from the final game with these older ones!


Before we begin, we need a list of map names. They are as follows:

These are ‘old’ maps that have been left in the game’s core file, and what we will reference when loading into them from within the game itself.


From the main menu, bring down the console and type:

Always make sure you enter the .map extension to the command or else it won’t load. If you enter it incorrectly, the main menu will refresh. If you did it right, you will load straight into the map you picked. If you’re loading these from the main menu, you’ll notice you have only the machete and a single life bar. You can give yourself all the weapons by going to the console and typing give weapons, additional life bars with give ankh [1-5], and all artifacts with give artifacts.


You can do all this whilst inside a level on your current save, and those weapons and health will carry over, I just do not advise it as it may mess up your save file. The only benefit to this is that it’ll carry over the same music as whatever level you were playing before, instead of the one that plays on the first level.


It’s hard to really show screenshots that demonstrate the differences as there are so many. Something like that is more suited for a video. Just keep in mind that the “old” maps are mostly just the PlayStation levels, but may exhibit issues and broken scripting. Here’s one example from Sobek Mountain Shrine though.

Also buried in the game files are test maps which the developers used to experiment with various game mechanics to ensure everything worked as it should. These aren’t really levels with a beginning or end, merely small areas to demonstrate a specific function. Still, you may find it interesting. The names of these maps are as follows:

Like before, these test maps can be loaded by bringing down the console and typing:

Again, just make sure you enter the .map extension to the command.

I hope this guide was useful to you. It’s a bit of a strange experience playing these PlayStation variants of levels from within the new game using the Saturn color pallet, and the test maps are neat way to get a glimpse of the development process.


I think anyone who spends time running around the new and old levels back to back will gain a new appreciation for how subtle a lot of the changes are in PowerSlave Exhumed.


As always, if I’ve made an error or you have any questions, leave them in the comments below and I’ll try to get to them when I can. Until then, keep calm and camel on! 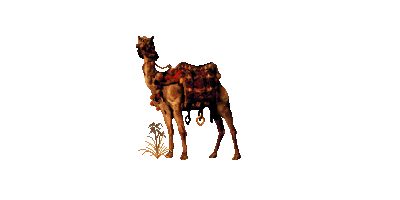 This is all about PowerSlave Exhumed – Playing Old Maps and Test Levels; I hope you enjoy reading the Guide! If you feel like we should add more information or we forget/mistake, please let us know via commenting below, and thanks! See you soon!