This is a comprehensive breakdown of this duck’s mechanics, with 20% more cheating and direct access to the game’s files!

Thank you so much for clicking on my Steam Guide! This is where I can share my observations about the unique mechanic of the chameleon duck. Let’s move on… 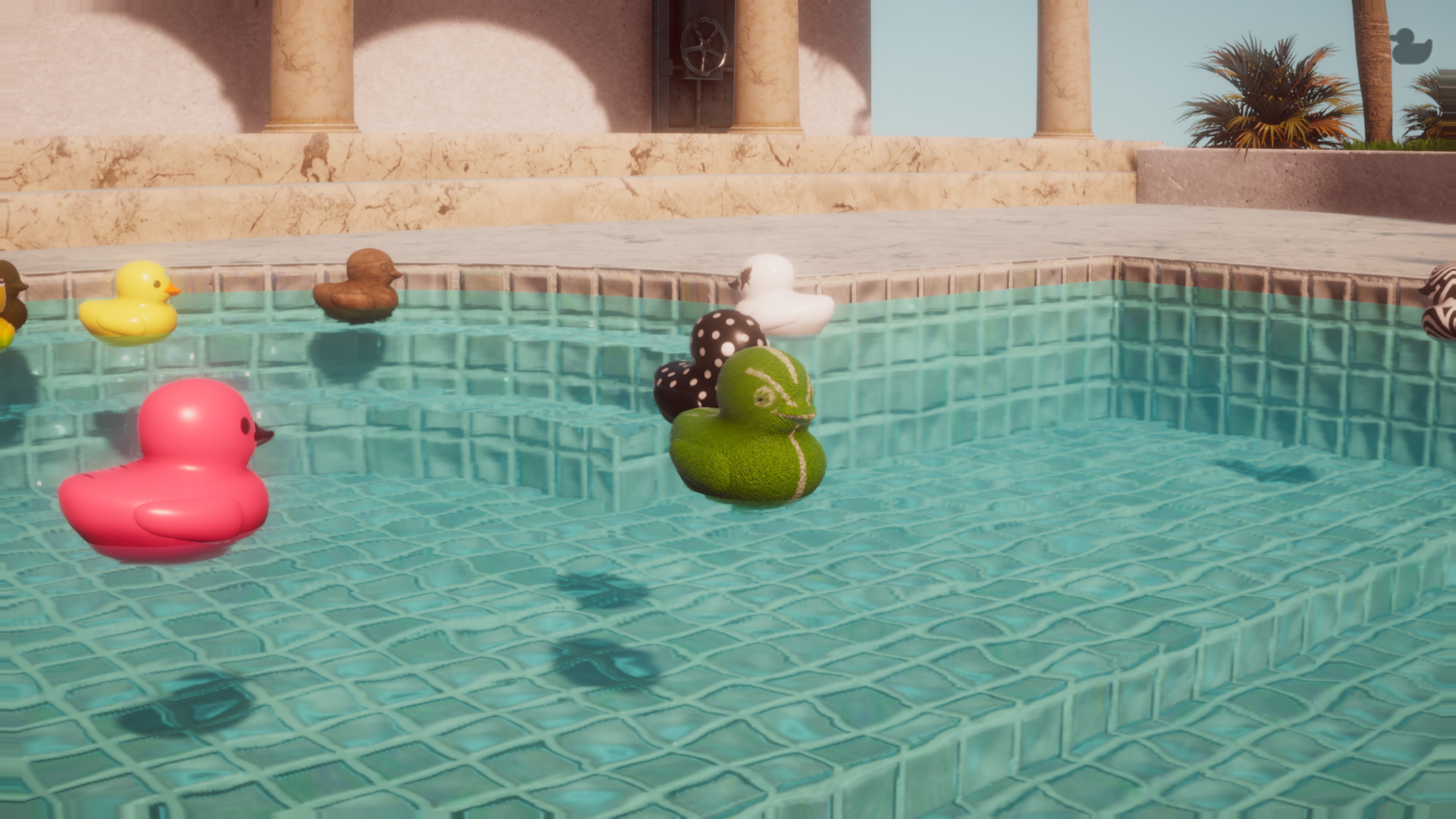 This duck is not designed after a tennis ball (, no, I made that mistake)

The chameleon duck can transform into another duck in the pool if it is close enough to (. However, it must wait at least 15 seconds since the last change. It doesn’t matter what you name it; it’s possible to distinguish them because the chameleon duck retains its unique texture. Looking closely, you can also see the small, off-center circles representing its original eyes. 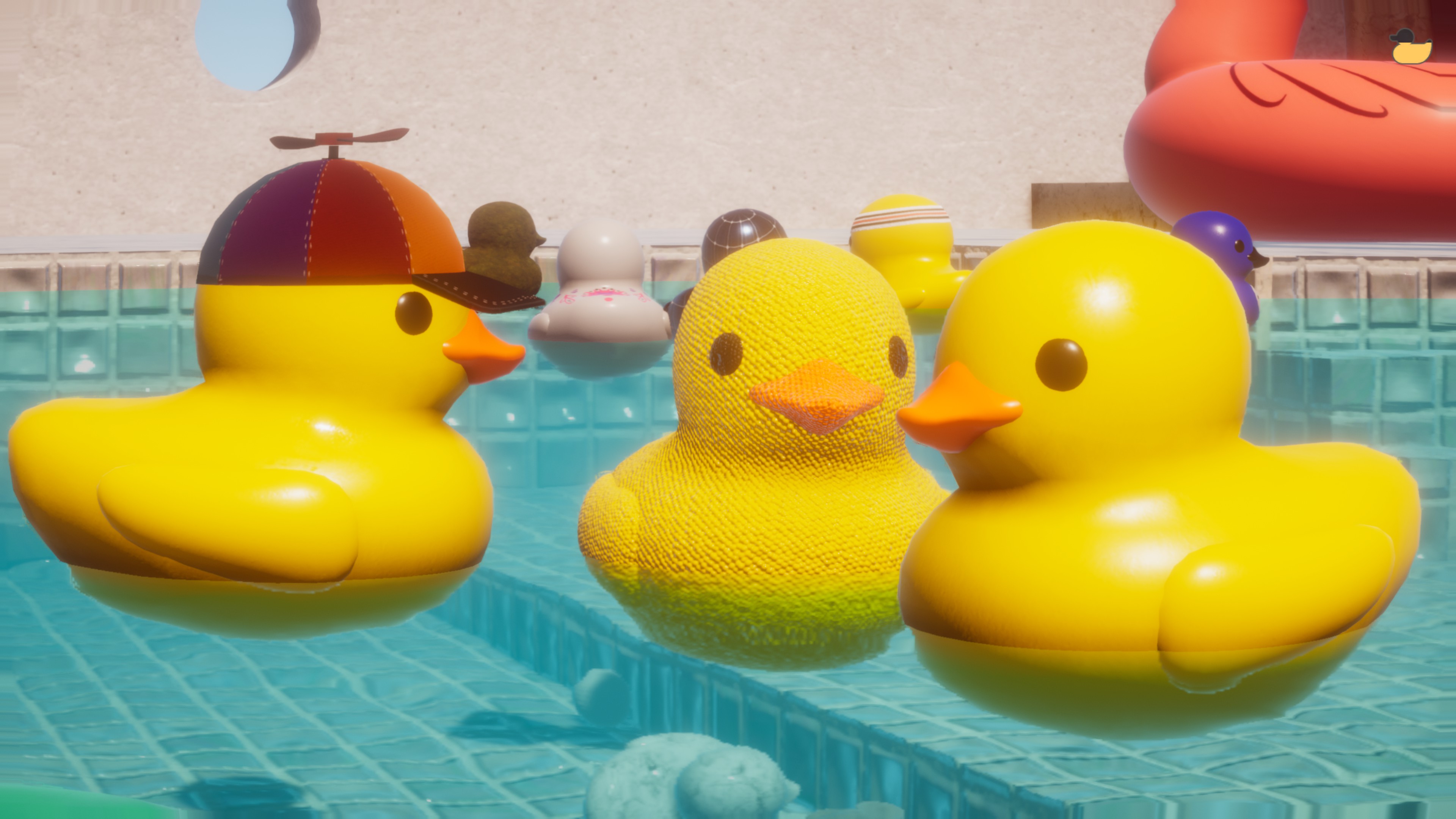 Hint: It’s the one in middle

This is where I had an earlier problem where my poor Ideapad (, for reference), couldn’t handle cooldown timer correctly. There was speculation that Mr. PotatoTop is weak and unable to do more than 28 FPS. I have tried it again since the original version of this guide and was wrong. From cheating and looking at the game’s files directly, I can see that the timer doesn’t get shorter if there are less ducks in a pool. This means that I am actually going insane. 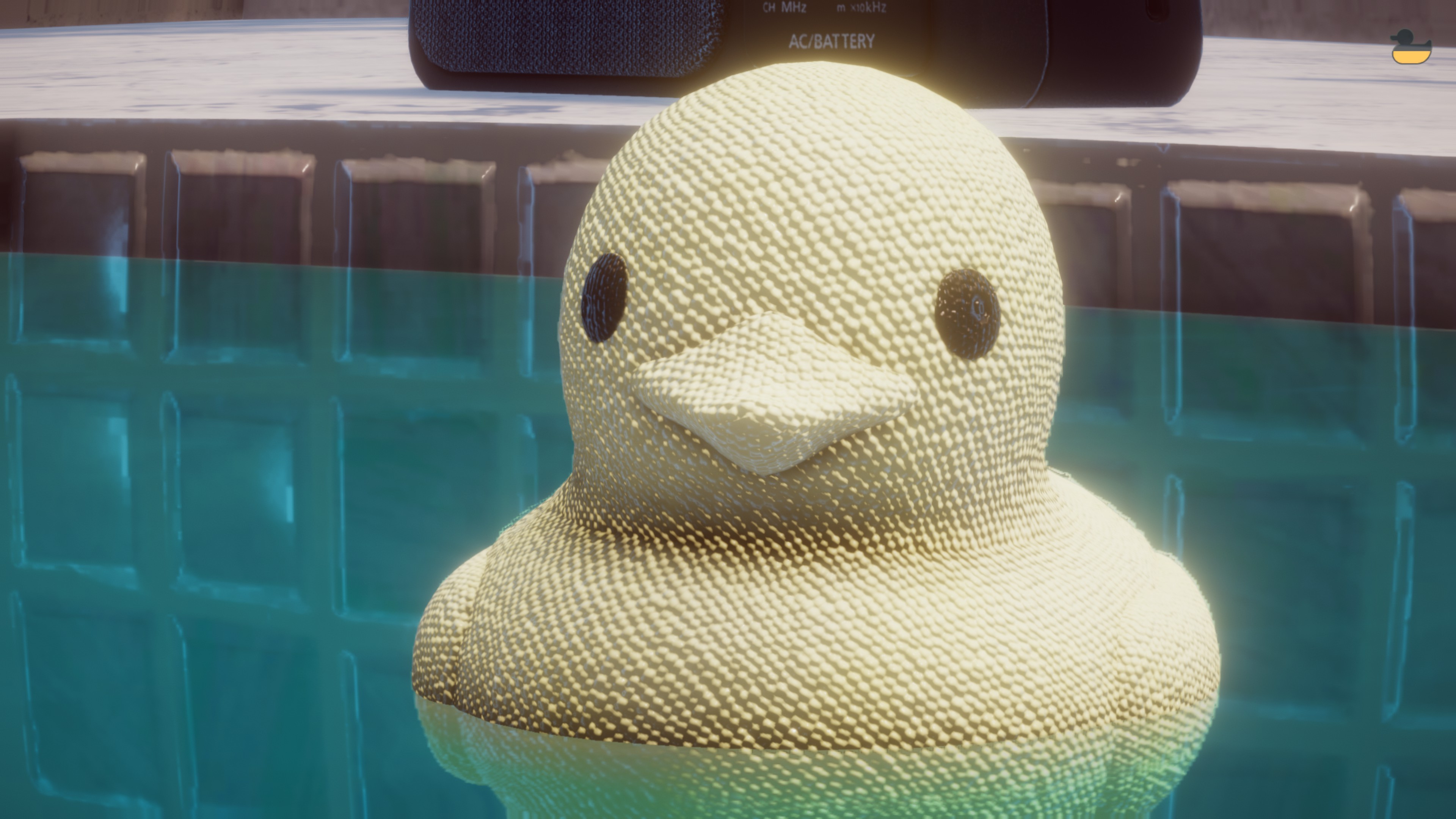 Extreme close-up of the eyes.

Unfortunately, the chameleon’s copying abilities are not infallible. If it attempts to copy a duck with additional accessories or functions, such as the one with the bubble pipe, it can only copy its base appearance (which is plain yellow). 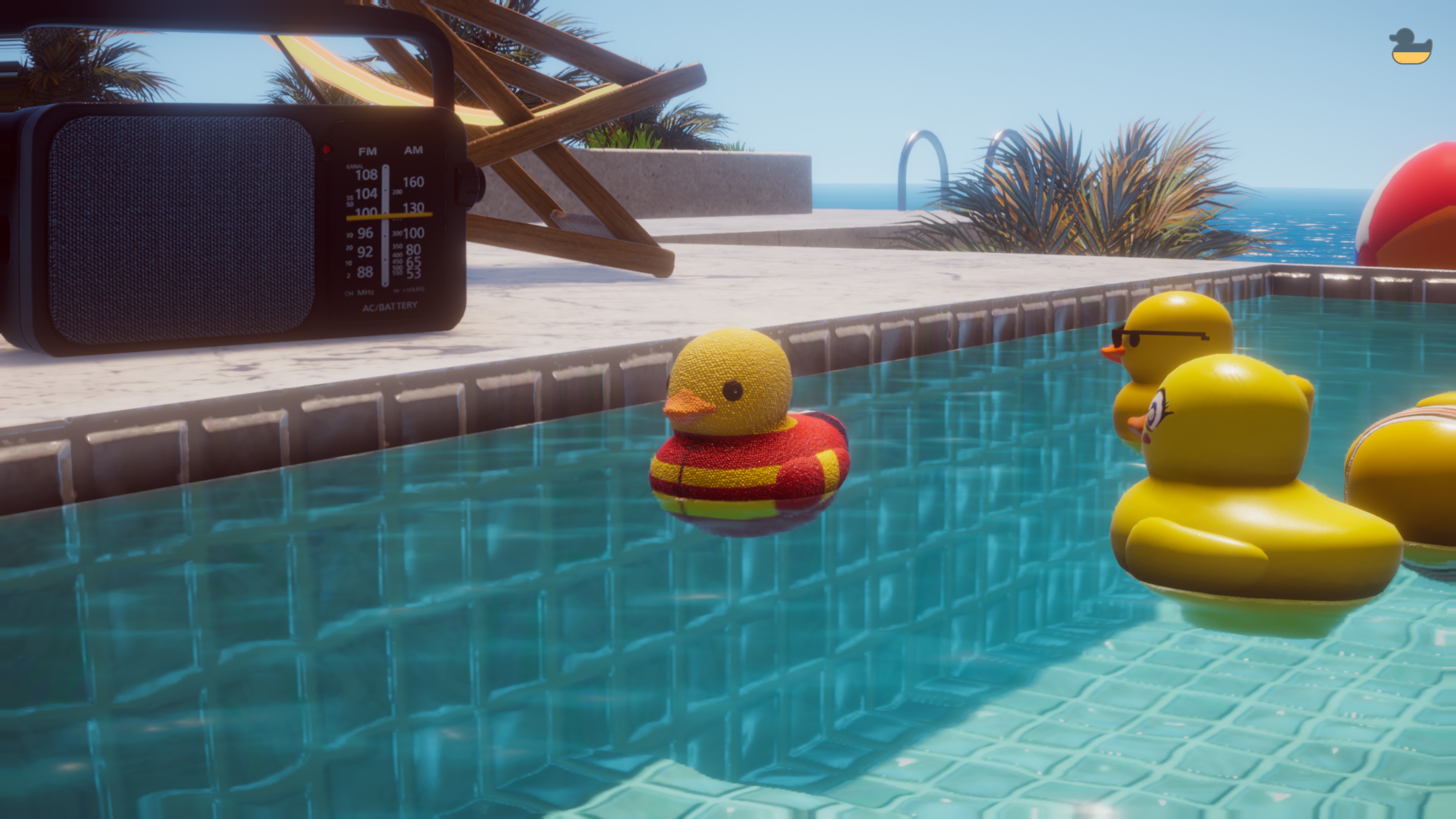 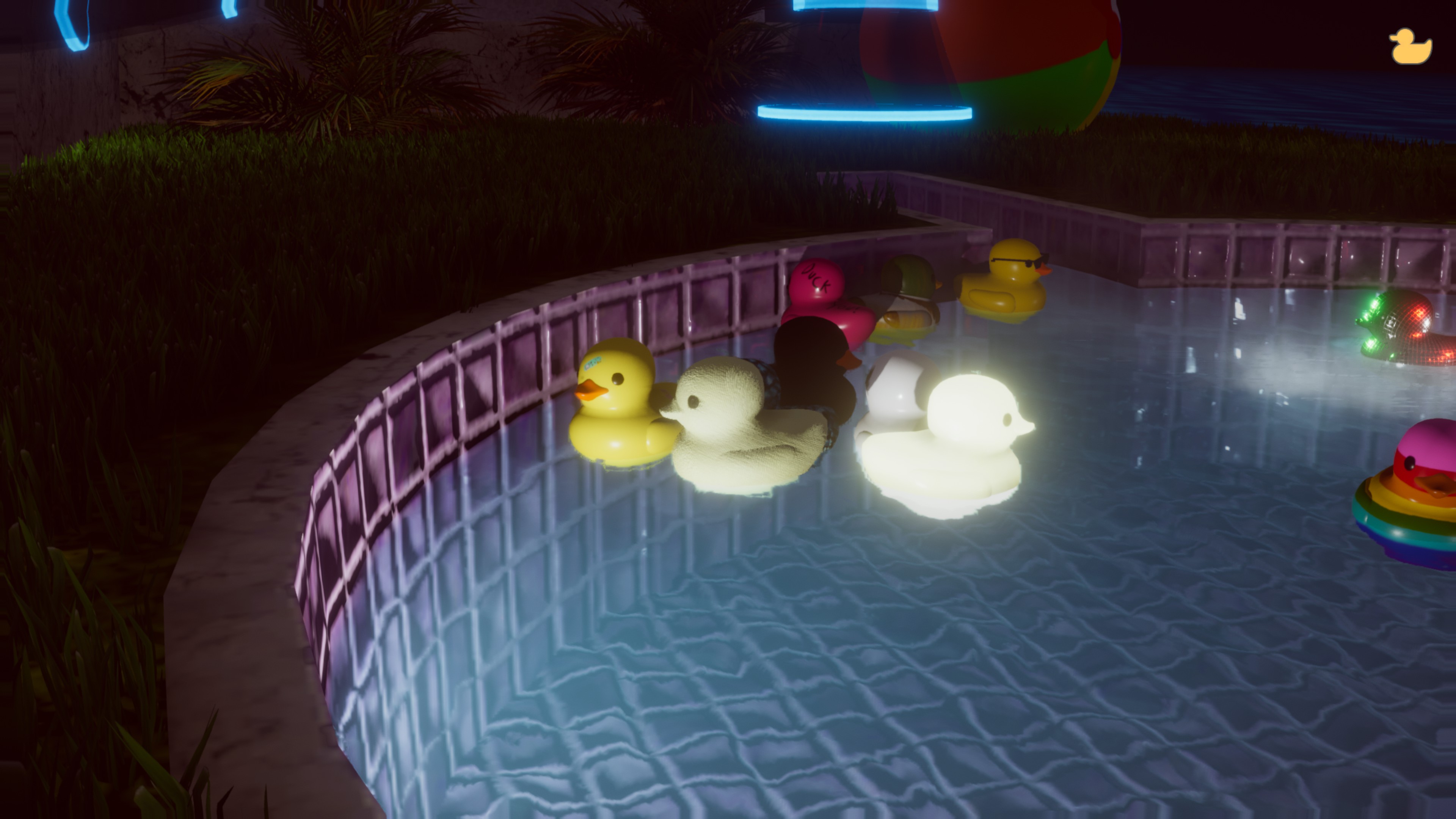 It is easy to see how you cannot copy additional functionality. The light-bulb duck in the middle and the chameleon at the center are two examples.

There are at least four ducks the chameleon cannot copy and will return to its original appearance if it attempts to.

After cheating and looking at the Unity engine’s files (, it isn’t that difficult). I can safely conclude my first guess that the common link required a different model than the standard) is wrong. Only the big-headed duck needed a separate model. It was, duh. All other models are made with standard Unity shaders and normal textures. (Except for the wireframe duck, which, from what I can tell, has no texture.)

I don’t think this information is conclusive. It’s still unclear to me why it can copy the disco duck if it has the same texture types as the cheese duck (if that’s the case. Even just looking at the log file, it ruins that particular mystery). 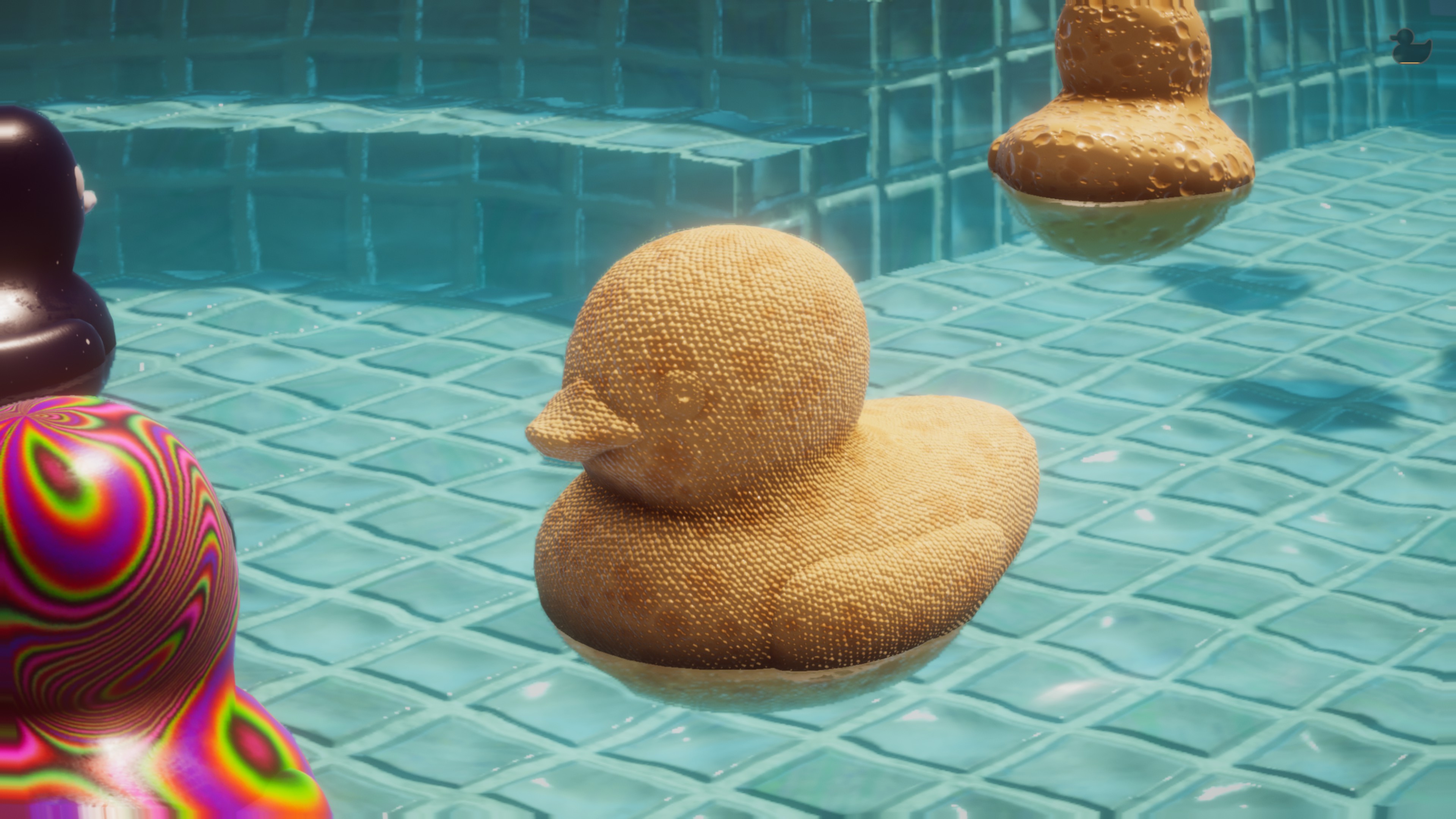 You thought it was based on the moon? Sorry, your dreams are now crushed.

The chameleon can imitate the duck-looking duck’s appearance and keep it after the original disguise has worn off. 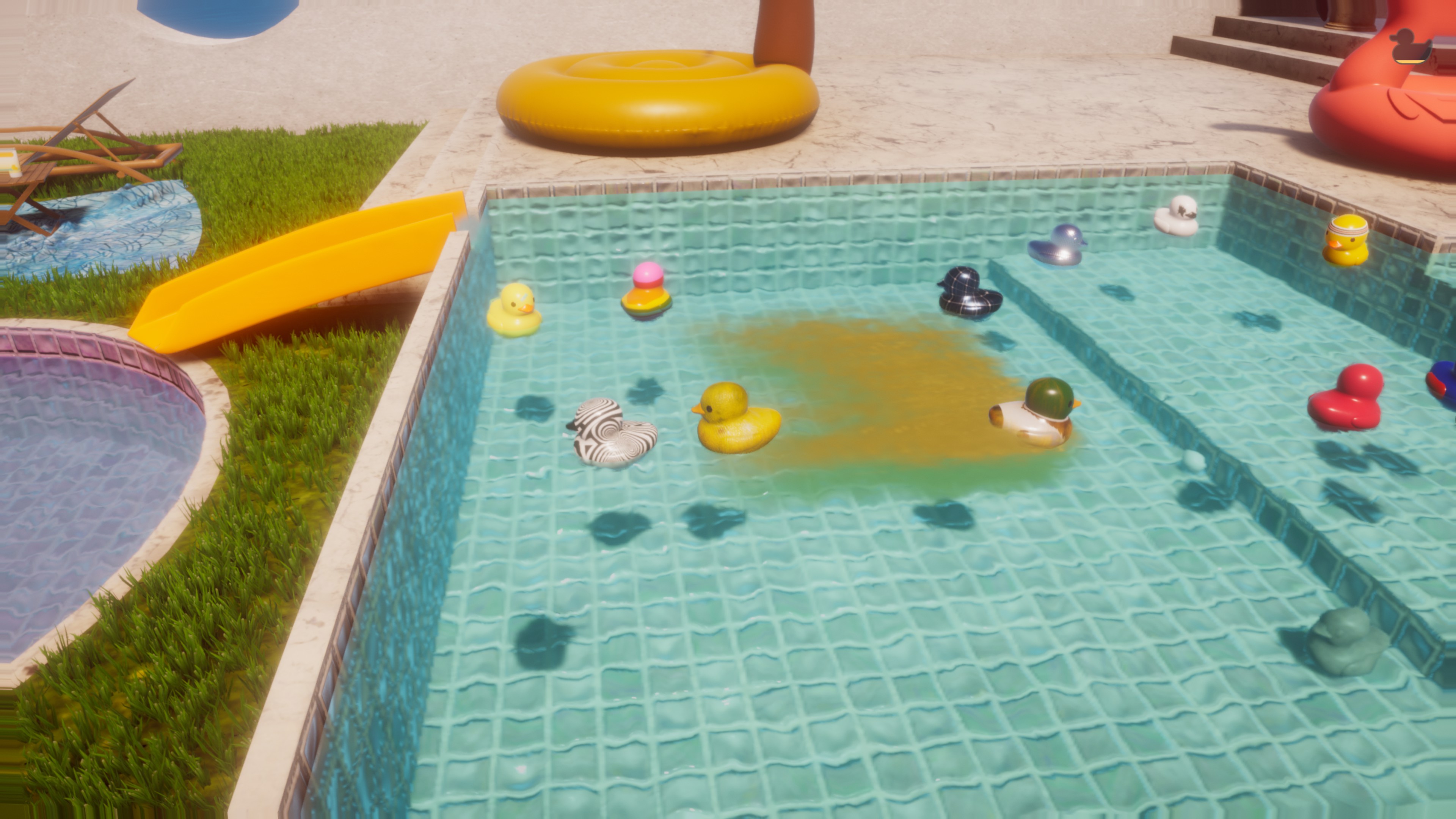 I believe the mysterious yellowy substance is paint …?.

The copying effect can be triggered by contact with the water shot out (by the firefighter duck and, presumably, the clown duck.

Another GIF of this in action. The jet water doesn’t have the most dynamic hitbox.

The Xbox Game Bar is a great tool that allows me to save the last 30 seconds and make these crusty GIFs.

It is important to note that (cannot copy the deep purple-colored duck. Any thoughts?) cannot replicate its extreme glossiness. It reveals what the original’s colors would look like without it. 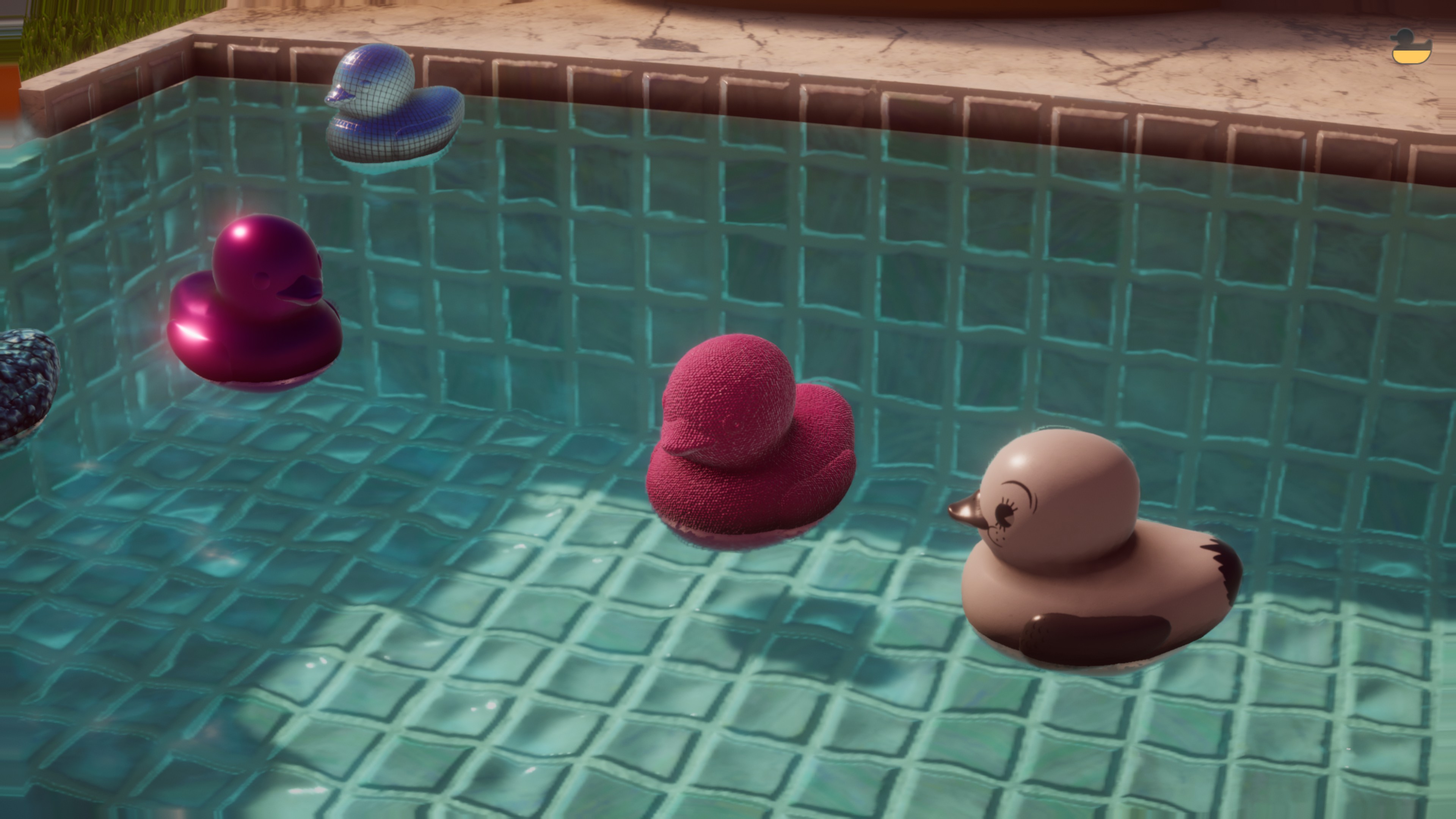 Is it a new model? It is not a different model. 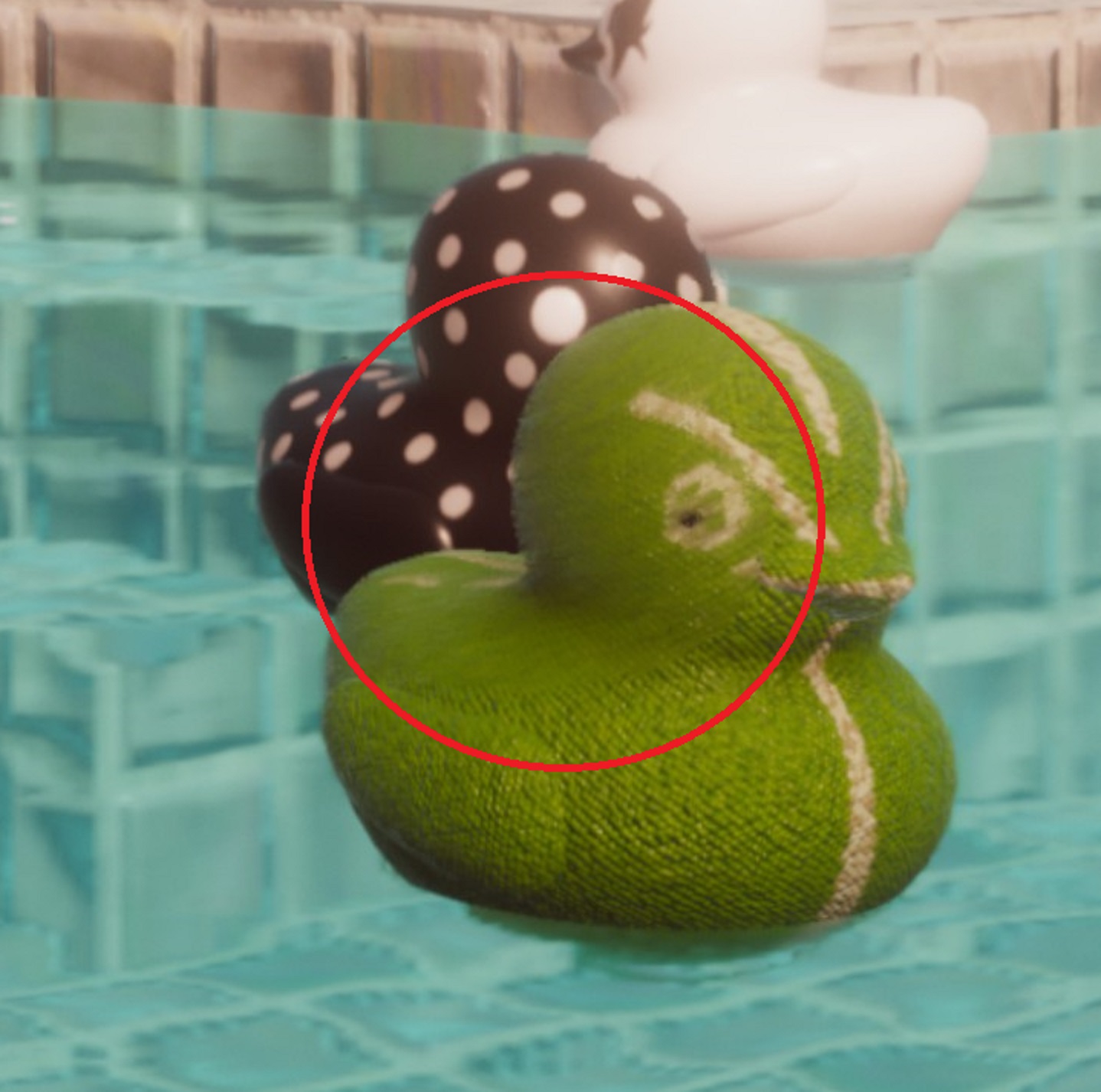 Wholesale a*set recycling is not just for game developers.

This is not, which is perhaps against all odds! At least one other duck (The wireframe duck). This effect is also used.

After many revisions, I finally have something to say. This is part of my preparation for a possible career somehow involving videogames. I desperately need likes, comments, or the Steam Guide equivalent to subscribing. And also more awards. Because regardless of how you slice it, those Steam Points almost definitely came from real-world cash, even though they can’t be spent on more games. (Hey, I have to practice for YouTube somehow…) 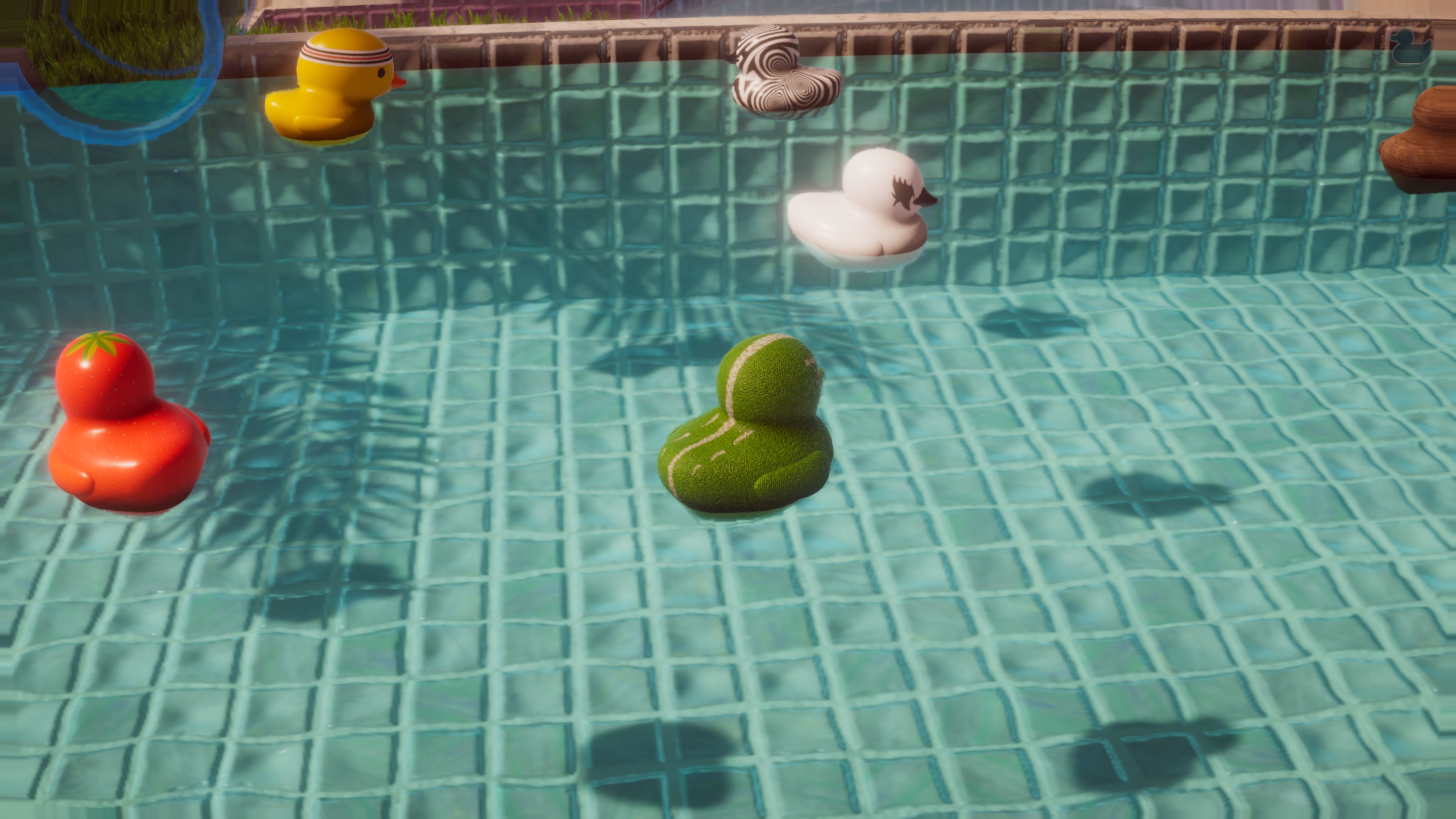 Another scene that would bring Mr. PotatoTop down to his knees

I hope you enjoy the Guide we share about Placid Plastic Duck Simulator – Chameleon Duck [DLC] Guide; if you think we forget to add or we should add more information, please let us know via commenting below! See you soon!