The Lore of a few Factions based around Sol
NOTE: This is not participating in the lore of the other factions like the Cutternions. (Atleast not Yet)

By 2031 space travel was entirely complete. The proper tests were done. A lot of technology was introduced. Earth was peaceful. War was stopped by the ESM(Earth States Military). By 2040 Regidifier juice was created. A new laboratory was created. Called Valkyrie Labs. Valkyrie Labs helped create Regidifier juice. Which helped the ESM help the government in filling the prison facilities.

Were Everything Goes Wrong 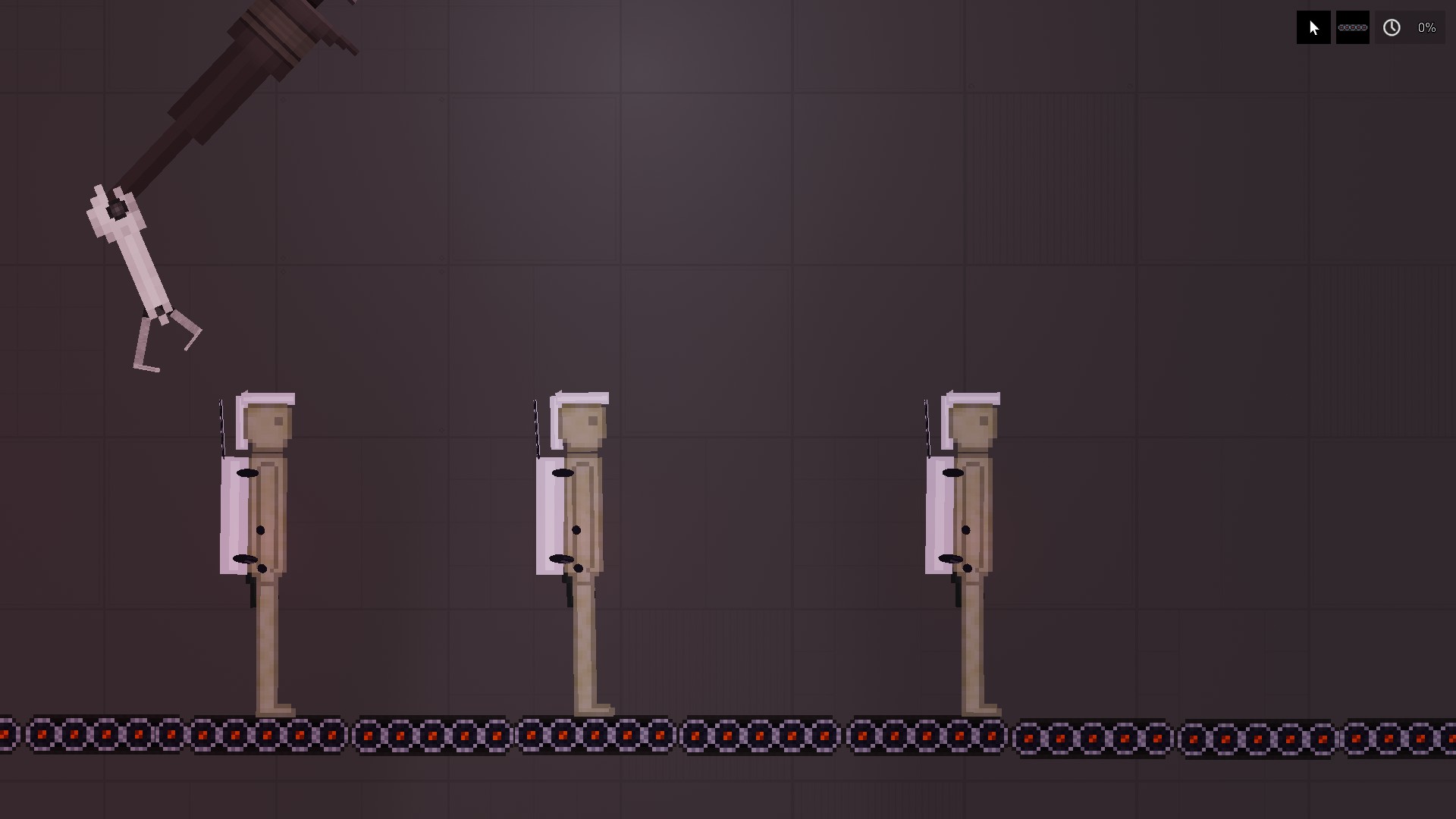 Eventually they started cloning human synthetics. Creating factories to produce endless soldiers. Equipping them with light equipment. The Zomboid Militia was strong with its numbers. Not so much with its strength or will power.

Hope for a New Age 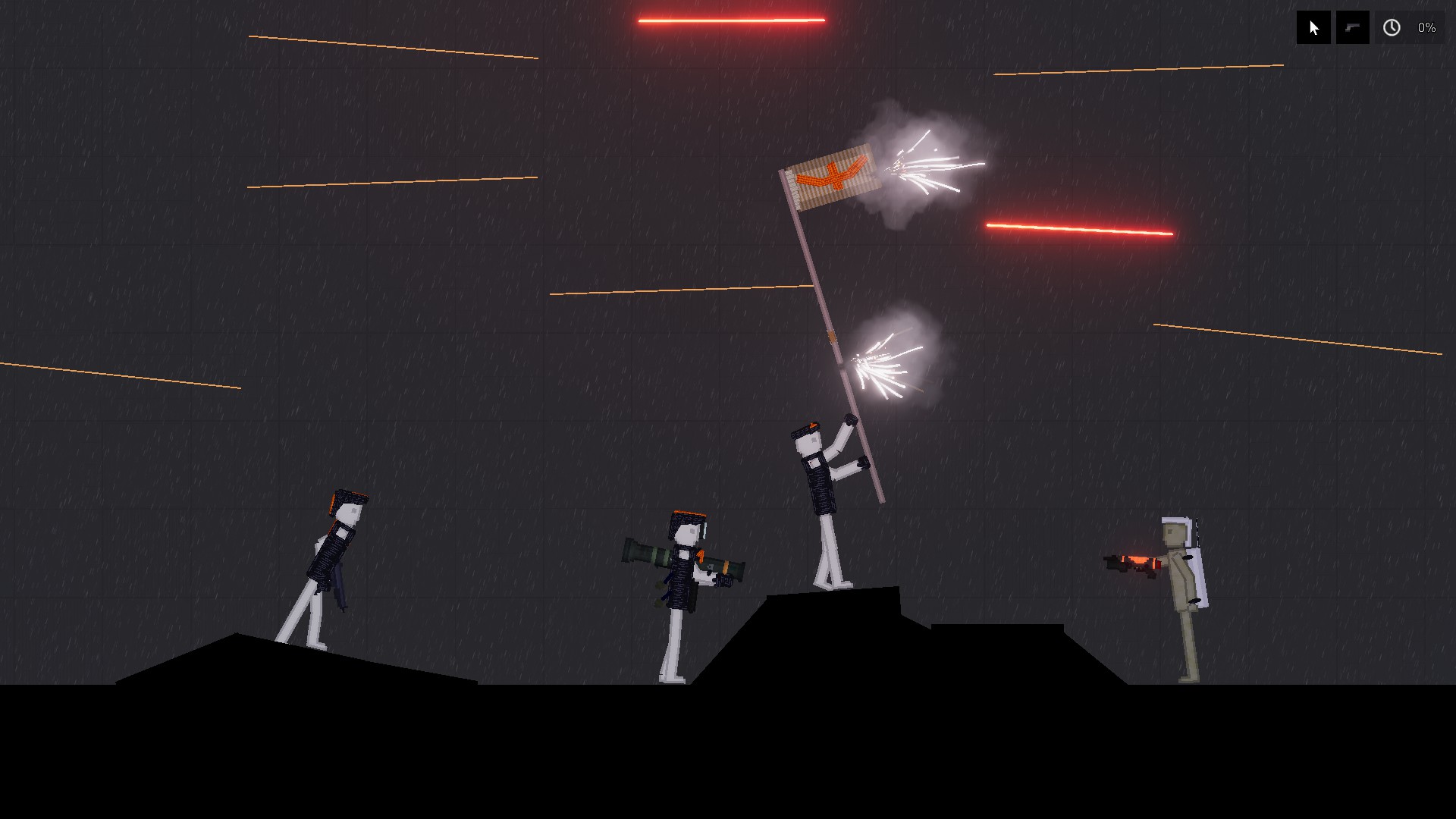 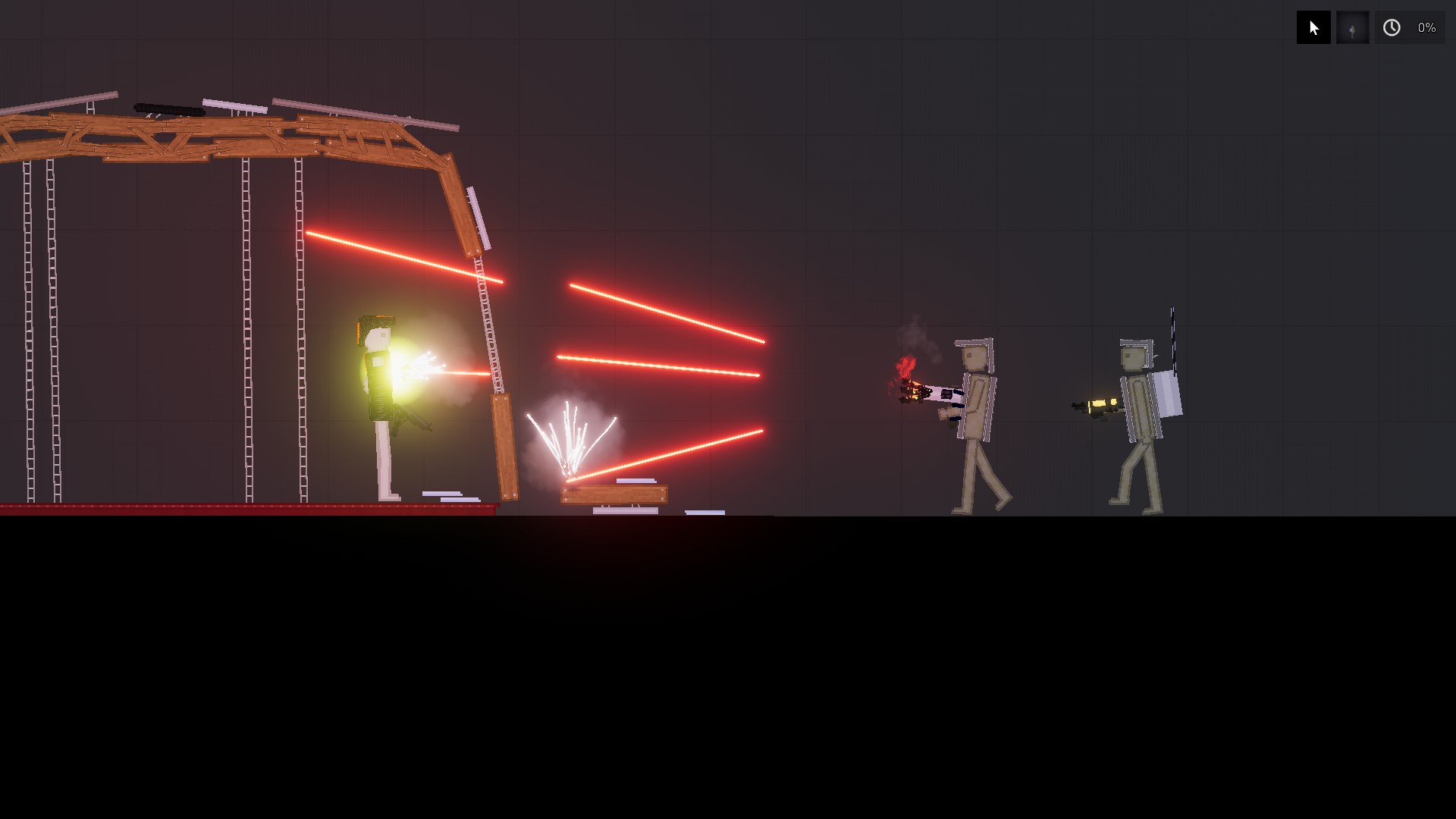 In the Middle of the Zomboid War, Valkyrie was focused on studying the surface of other planets. They’ve explored from Mars to Pluto. They found Titan to be quite interesting. 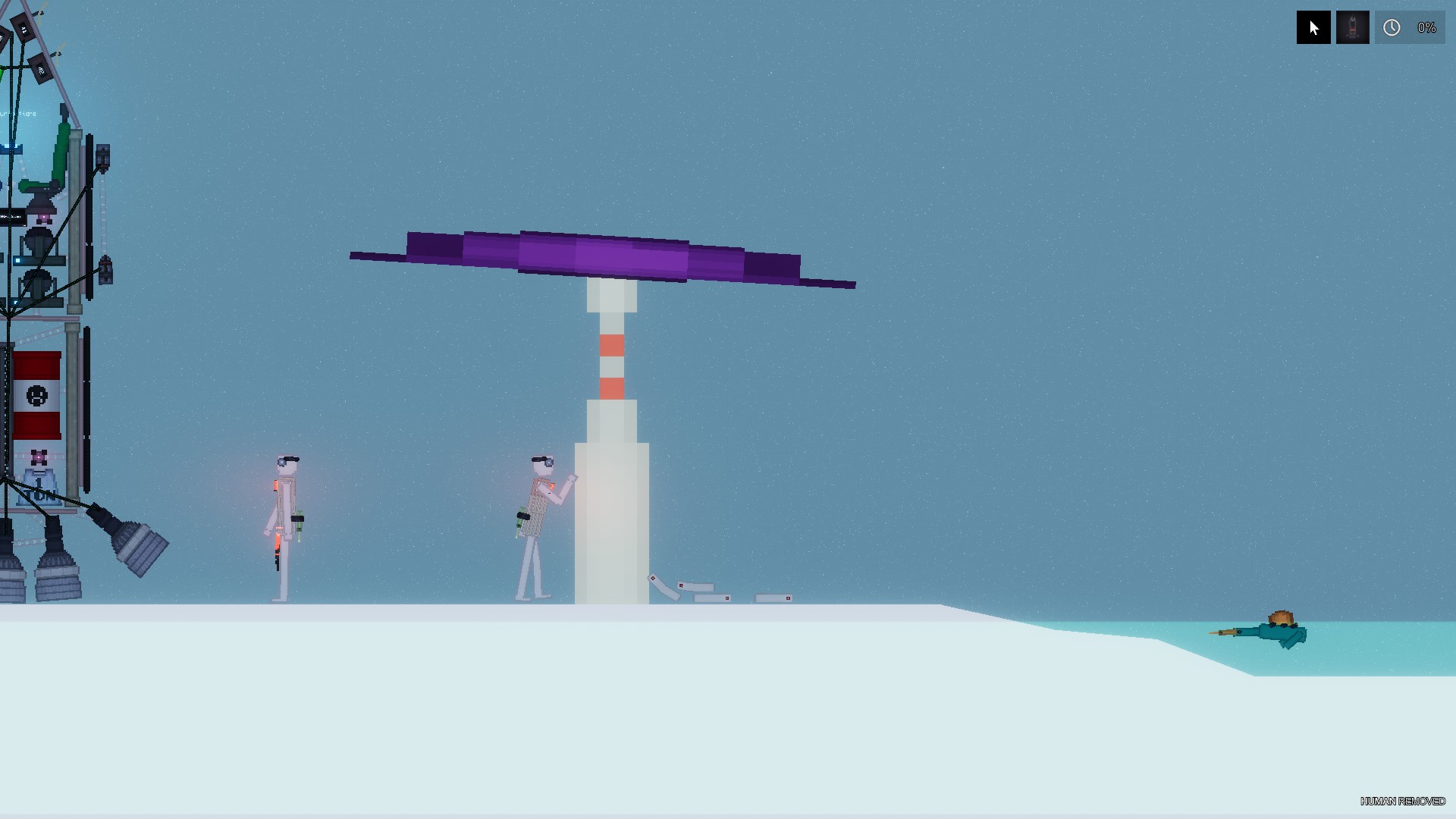 Upon landing on Titan for the first time in human history. Valkyrie Labs discovered Titan is an extremely populated place. It is a Category 2 Oceanic Planet and a Category 2 Wintry Planet. It contains much life from Blood Maggots to Large Mushroom-like Trees. Whats most fascinating is that they discovered the planet’s mantle is almost completely made out of a new material. The mineral they named Biotrizum. It is a whitish blue colored crystal that is organic in origin. It has a mind of its own but cannot move without a host. The Zomboid Militia used this mineral to produce a brand new branch of robotics. Including the Floater, Charybdis, and the Vedette Tower. This gave the Zomboids an advantage. 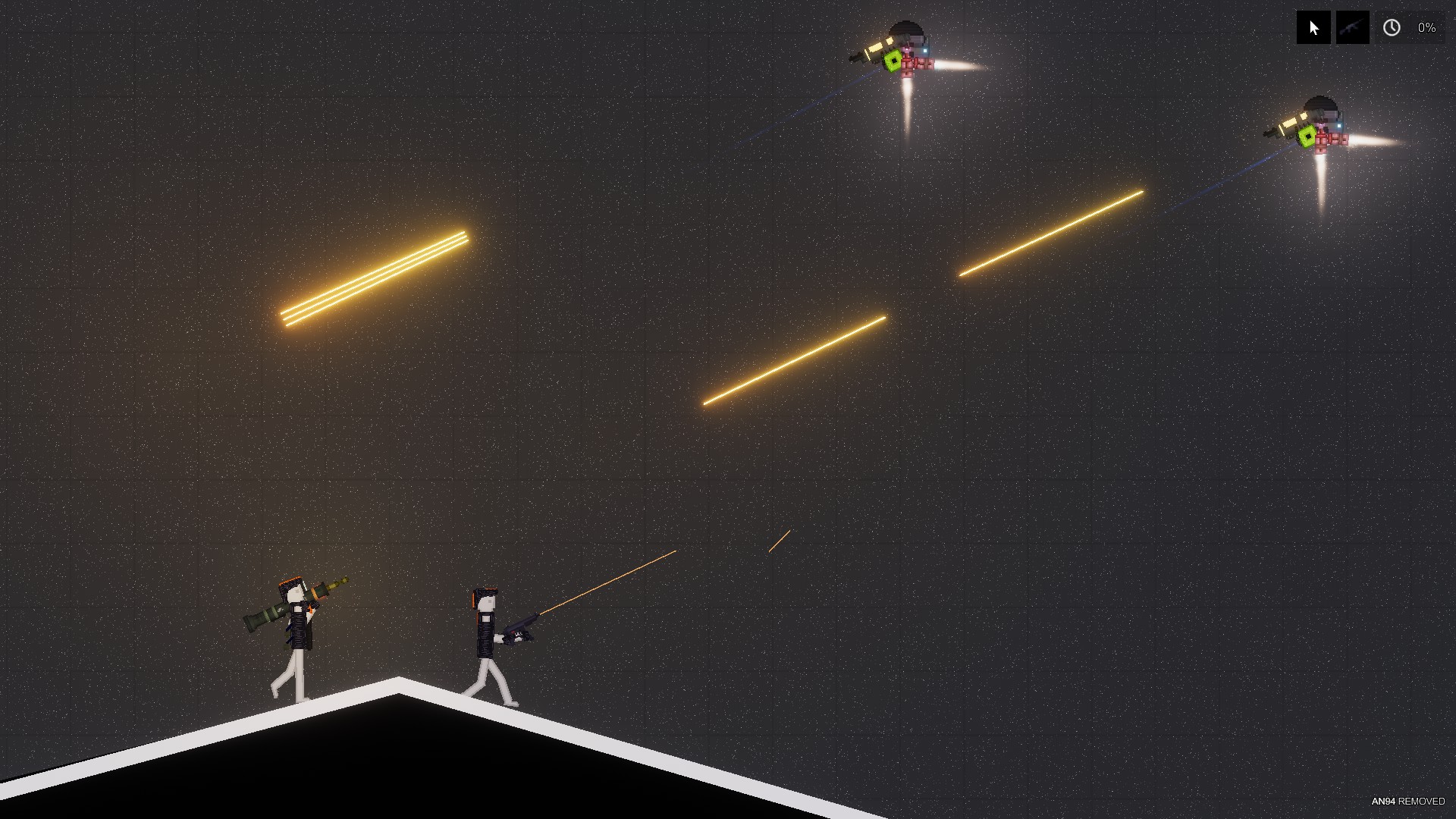 By 2067 the Resistance has become a formal army with an informal name. It has gathered and recruited 67% of Earth’s population. They’ve started pushing into the Zomboid defences. By the Late Zomboid War the Resistance created Scrappers. Which are quick hoverbikes salvaged from the Old World. They used these for quick transport along with attacking. They have Automated Loading Grenade Launchers. The Resistance used these Scrappers to quickly dispatch Charybdis and Vedettes. The Resistance created a variety of turrets of they’re own. The AA Cannon and AA Missile Launcher turrets. They used these to take down Floaters and Factories. 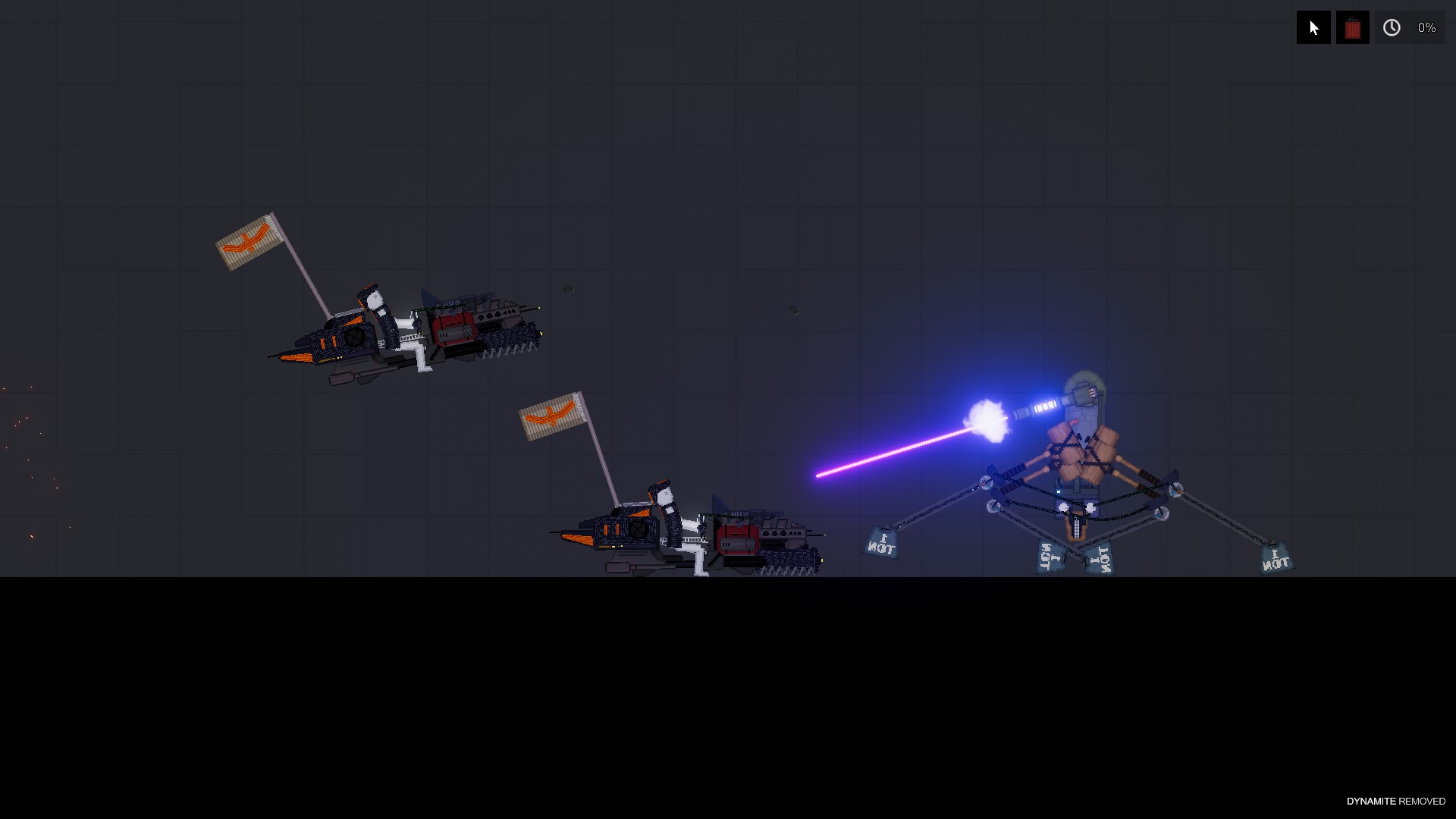 The Resistance had a plan. They would take down a major factory. They used Scrappers to invade the tower and deploy troops. Officers planned the attack. All went perfectly till the defences went loose. Nothing was protecting the army invading. The Zomboid Militia used this advantage. Ambushed the squads using floaters and grenadiers. The attack was a massive lose for the Resistance.

Valkyrie Labs had a plan of they’re own. They created a new faction. Biotrizum was infused into machinery in the shape of bugs. They would kill everything and be on no faction for maximum efficiency. No kill switch. It was the perfect plan in idea. But it was too strong. The Resistance called them the Arachnids. 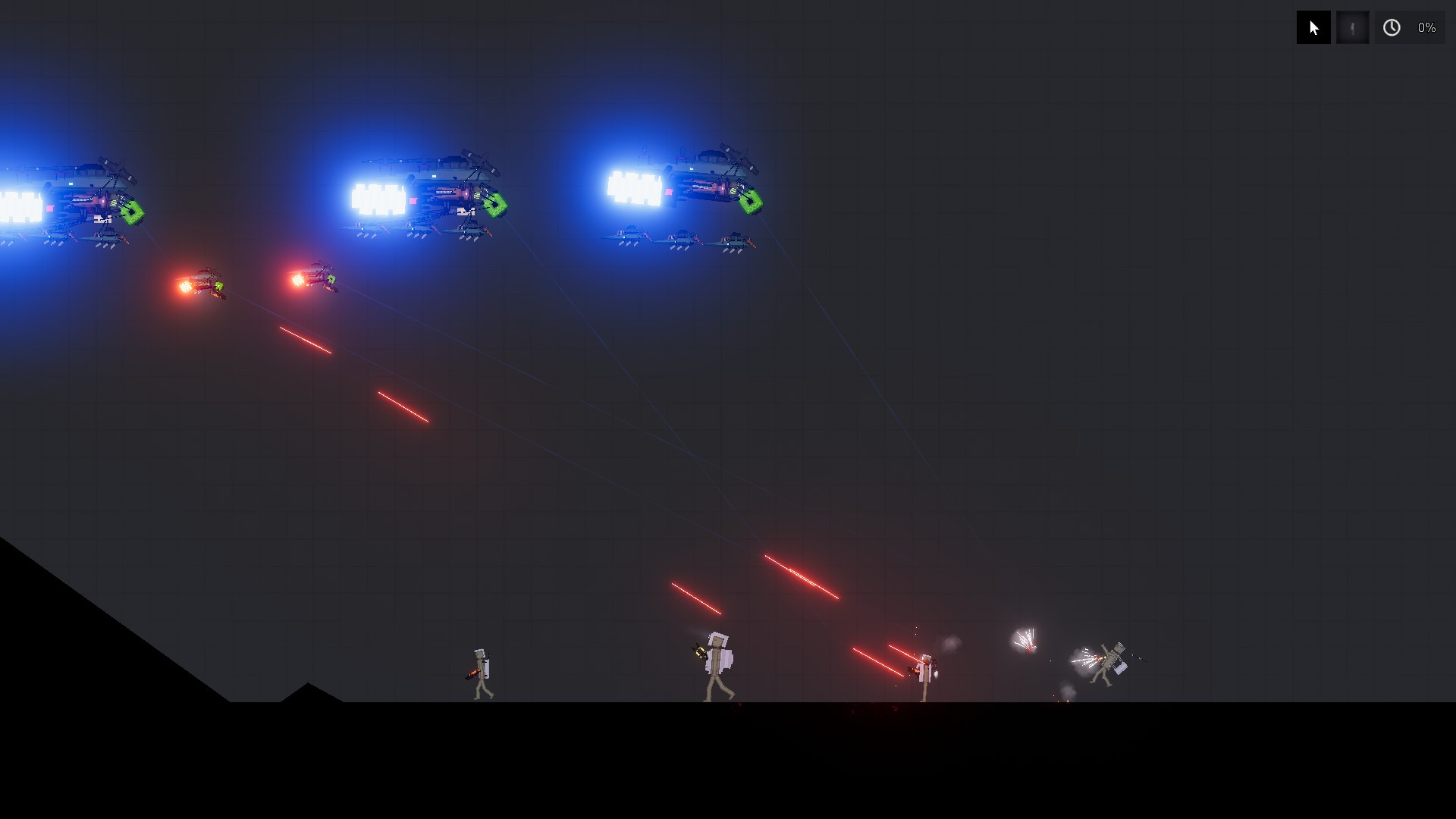 The End of a Faction

The Zomboid Militia stood no chance against they’re own creation. Valkyrie Labs had a fine interest in what they created. But Valkyrie Labs had something in mind that would stop every war on earth. A super weapon. The Zomboid Warhead. A Device stronger than any explosive known to man. They would detonate 7 of them deep underground. It would kill everything on the surface. 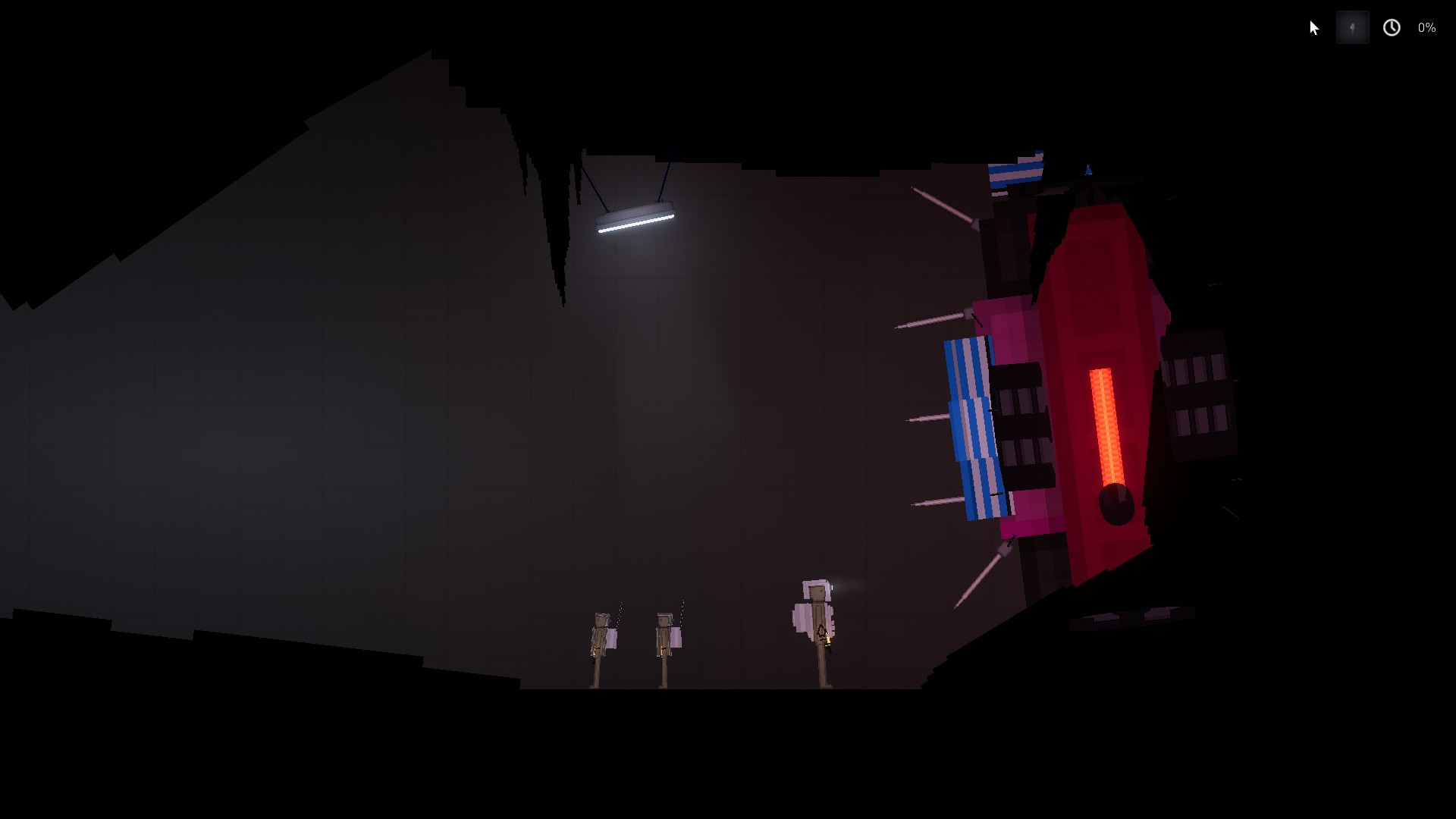 It took 2 years to successfully get all of them placed underground. The Resistance knew nothing. The entrances to the caves were all heavily guarded. It was time for the final detonation to end the Arachnids. 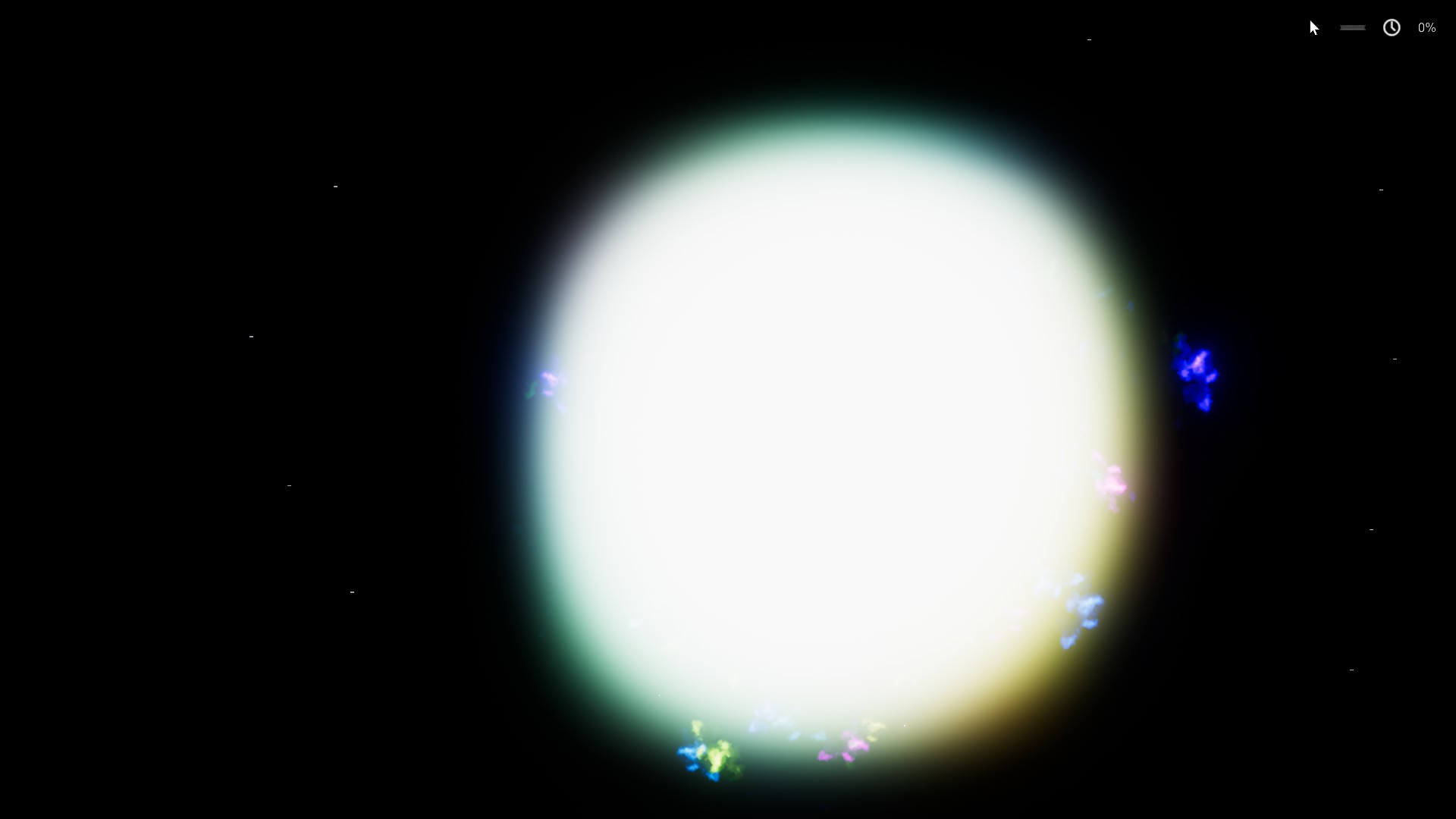 Earth was killed in the process. Everything on the surface died. It was an end to the Zomboid Militia

In the 2080’s. The Resistance has held off the UEF with the help of Scrappers. A new Turret was created to help with the Arachnid forces. The Anti Personell Turret or for short AP Turret. It quickly dispatched the smaller Arachnids. The previous Scrappers helped with the UEF and Arachnids.
Valkyrie attempted to help the Arachnids during the 2080’s. They created an Arachnid Factory. They have already been reproducing Arachnids long before they have been with the UEF. Though they are starting to manipulate the Arachnids. Evolve them. They’re first project was Prototype X1 it would make the Parasites much deadlier. Faster and walking on 4 feet. It was not untill the Prototype was almost finished that the Resistance knew. The Resistance tried to locate this lab after hearing rumors from scouts. Yet they were pursued in they’re tracks with UEF APT’s causing them to lose from they’re squad. After locating it the Resistance contacted the rest of them at Mars. They used Scrappers to distract the UEF whilst they infiltrated the facility. And blew it using a improvised explosive. 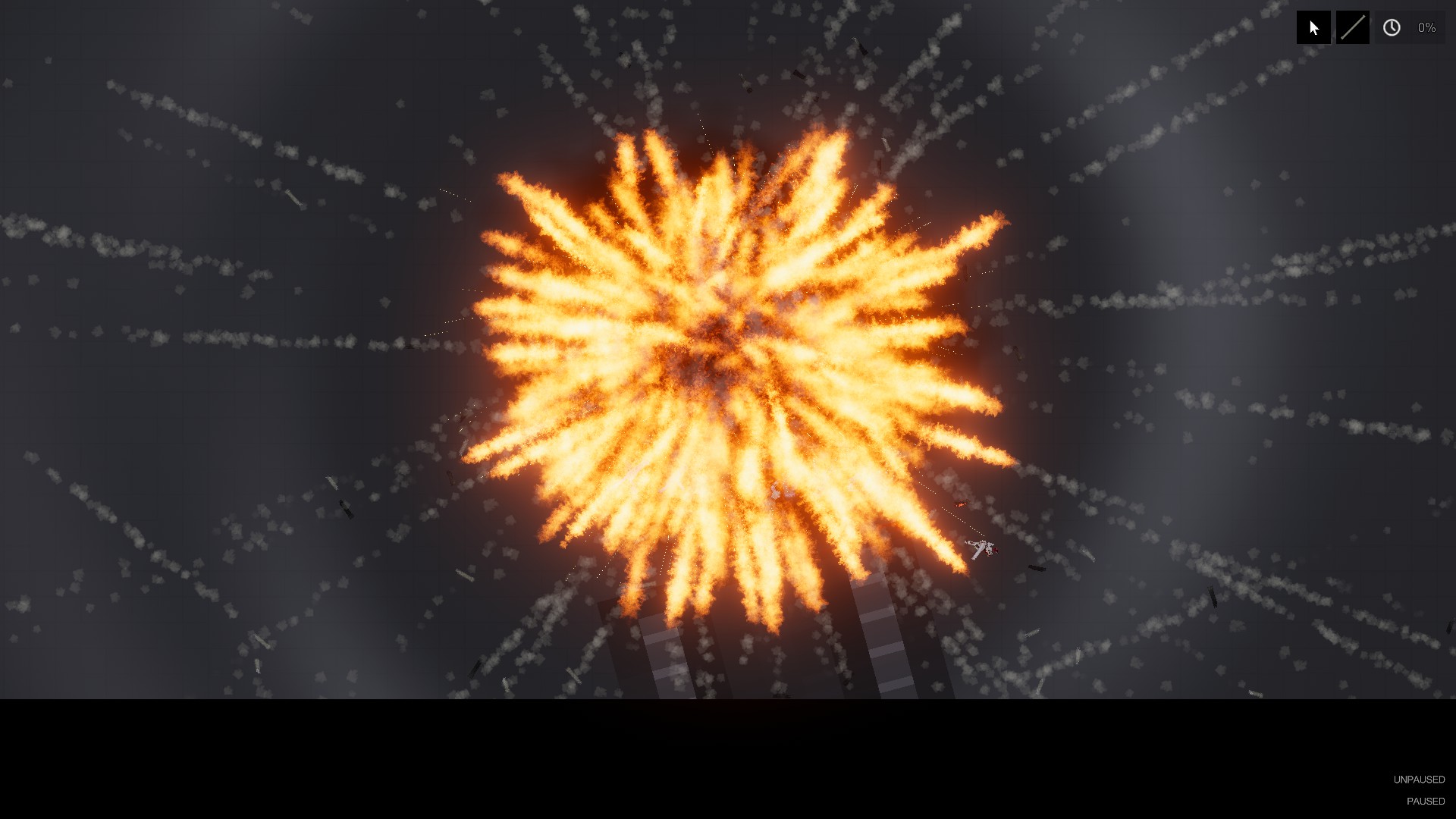 End of the Timeline

Thats about it for now. 2080 is the year that ends the timeline. Below is some information about some of the factions.

The ESM(Earth States Military) was the main military of earth during 2031. It eventually became the Zomboid Militia which comes to a quick end. It served as the government and military. They only colonized the moon and mars.

The UEF is the present day main antagonist of the Resistance. They value Valkyrie Labs for they’re research and protect them. They formed from the remainder of the humans after the Zomboid War.

About the Zomboid Militia

The Zomboid Militia lasted alot of the time in the Zomboid War. The Resistance formed because of them and died because of they’re deadly creation. They along with Valkyrie Labs discovered the surface of Titan.

The Arachnids are an artificial race. Unlike most hive factions. This one is not a hivemind. Each one knows few things. Kill. Survive. Sacrifice. They are an unstoppable killing force created by Valkyrie Labs. They run on Biotrizum. Most have a Heating Source or a Cooling Source. These are used to make them a threat to the enemy even after death. And support they’re colonies.

Workshop Units:
NOT OUT YET!

This is all about People Playground – The Lore of Sol; I hope you enjoy reading the Guide! If you feel like we should add more information or we forget/mistake, please let us know via commenting below, and thanks! See you soon!