What is the guide about?

The guide was created for high infamy players who are tired of playing on standard maps, from a shadow raid to a big bank.


The purpose of this guide is not to go over the basics of ECM rushes such as ECM rotation, contract goals, how ECM generators work. We are just showing an alternative in ECM Rushes.


Attention! In popular user interfaces such as WolfHud, VanillaHud and many more, the Slow Motion effect can be turned off! We strongly recommend returning this function!


In this guide we will talk about the most interesting of the maps:

Easiest ECM rush map in the list above, anyone can play it.

But there are differences in passing the map depending on the number of players.

Client necessarily takes USB to make glitch with a laptop.


What is the glitch? Starting a hack after a waypoint has appear will cause the game to pause the hack at random times, which can be restored by rewiring boxes. This trigger can be bypassed by hacking a PC before the waypoint appears, for this, being a client, we quickly insert a USB and start hacking while the host has slow mo.


How to understand that the glitch worked? After hacking, there will be a waypoint to insert a USB.

How can a host get slow mo? There are two ways:

1) Jump off the statue at the beginning.

2) Take a grenade launcher with incendiary shells (the shell is heard exactly like Molotov, and not throughout the map)

We recommend the first method, since in the future you will have to fall again, and grenade launchers have inconsistency in dealing damage with broken molotovs 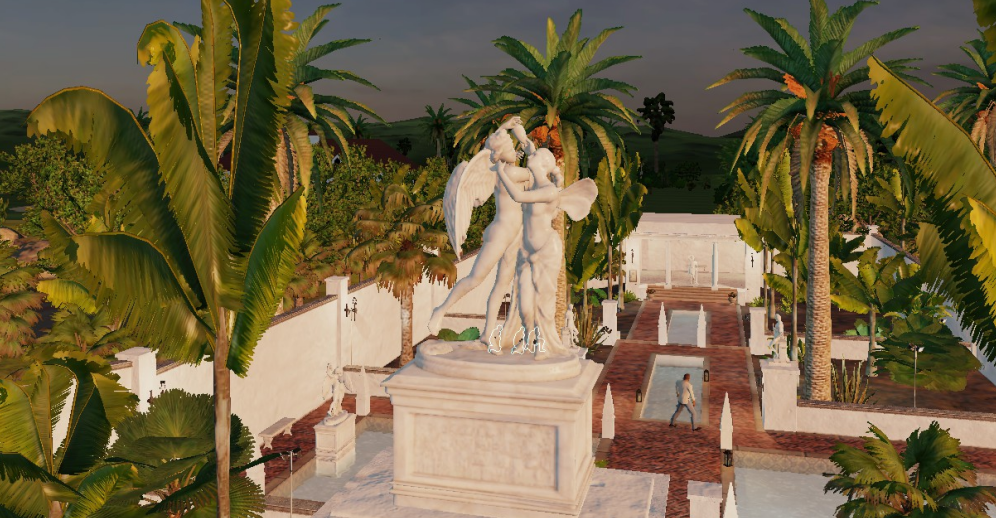 After the doors to the mansion open, the host place the ECM (or he can use pECM then place ECM) presses the button, thereby opening all the doors. Then look for a voice recorder and go to the phone. And further….

How to bypass the phone?

After ECM completes, the phone gives cooldown for use BUT pECM cancels this CD and you can make calls with pECM.

As soon as the phone gives access to the answer, the ECM check timer starts after 5 seconds:

You can’t use a second pECM or place ECM during a call!

After the end of the host’s ECM, the caller leaves his pECM and starts calling Sosa. Host falls during a call (to extend the time for check and make pECM longer) from a grenade launcher, or from judges to give a slow mo. After answering the call, the caller puts his ECM, then just kill Sosa and carry the bags.


The video is in the next chapter.

Tactics with 4 players are different, but not too much.

Glitch with a laptop is impossible. There is not enough time even with slow mo.

One or two players can take a saw to open the circuit boxes faster.


After the doors open, the host puts the ecm (again, as with 3 players), press the button, look for a recorder, approach the phone…

How to bypass a phone with 4 players?

Here we need a person with an basic inspire to raise the host during 1 pECM twice. Also, the host can take a bulletstorm to kill himself faster with the judges without recharging or spamming a molotovs with grenade launcher.


After the host’s ECM, the caller use his pECM and starts calling Sosa. After the call, the caller puts his ECM. Next – kill Sosa and carry the bags.

1) After opening the doors to Sosa and killing him. ONLY the host opens the button. If you open the button at the same time as the host, it may DO NOT APPEAR AT ALL.

2) The caller must use his pECM exactly after the end of the ECM, neither earlier (so that phone will be block), nor later (pagers will appear, in most cases it will be possible to answer, but sometimes not)

When the heist was released, the ECM rushers agreed that the heist CANNOT be ecm rushed due to end of mission hacking device (While ECM working you cant set up device).

This system can be avoided by the mechanics of the slow mo host abuse when host falling. So…

What are needed for this?

1) Double judges with HE ammunition.

3) Shoot yourself under your feet having a low hp at ~0.15 from the end of ECM

The host will down and slow mo will turn on, thereby slowing down the game for itself, BUT NOT FOR CLIENTS. That is, while one second will pass for the host, it will be as much as 3 for the client!

Client puts the device on while the slow mo is working at the host and after setting up the device, he uses the pECM.


Perhaps pagers will appear, and the other two players will have to run to answer them. The third client acts situationally, either picks up the host, or runs after the pager.


2 ECM delivered, after setting up the device, is enough to pick up HDD and running to escape.

P.S This heist can be ECM rushed even by the THREE players. After the first ECM, do 2 cycles of pECM – then, as usual, ECM up to the moment with the device setting.


The heist is on average completed in 3 minutes and 30 seconds.

To complete this heist, you need to have a couple of points in your head:

1) To open the way to the notebooks, you need to take a globe and a scythe AFTER putting the ECM

2) Knowing ALL scythe and globe spawns

3) After opening the entrance to the library, Absolutely everyone goes to look for a lever.

5) It is desirable for the client who puts the device to have a basic inspire in order to quickly raise the host if it is necessary to give slow mo again. For example: Two clients may not have time to run to the basement to answer the pager. In this case, the host may fall 1-2 more times to extend time of pager.

The yacht is a heist, to test a team and catch the perfect timing to open the door at the end. Usually 3-4 players playing this heist.

What do you need to know?

1) DO NOT give buffs so as not to disturb the whole map, and have fewer problems with pagers in which case. Only Molotov.

2) You must know the location of all possible locations with money.

How to open the door?

To open the door at the end, you need to cancel ECM for 0.1 seconds and press pECM. Host need to catch the perfect timing so that the pagers do not have time to appear and the door opens. And you also need to agree with teammates so that they dont try to save you the with ECM / pECM.


After opening the door, we put the ECM and overheat the servers. As soon as it shows 50 degrees on all screens – it is necessary to cancel ALL ECMs, and while the pagers are working and the escape is given for 30 seconds – you have time to press all the buttons, take HDD and escape.

3.1 The yacht heist | IMPORTANT TO KNOW!

1) It is possible to press a button at one time, skip the part with pressing a next button.

2) If you press the button very quickly, then a waypoint may remain and you can press it again, skip the part with a next button.

Mountain Master is a cross between a yacht and the white house.

The first stage is completed with 8 pECMs and 2 ECMs. After overcoming the grate, guards and civs from below despawn(only dominate guards and leave civs alive), which gives a break for a minute to continue ECM rush.

If there are 3 players, we go through first part on stealth. Second part – full ECM rush.


What do you need to know?


1) After finding the circuit box and open it, player remains next near it, waiting for his turn to pull the lever. Last player, who has no boxes on the way, goes for a crowbar.

2) Only one glass that can be broken without raising the alarm is opposite zip line ordered in the briefing.

3) To kill the guards safely at the poker table, you need to sit in front of them opposite the bar.

4) See where guard is standing, before you kill him, sometimes you can hit the gong and raise the alarm.

5) You can activate the invisible lever on the wall.

6) On the roof, you need to kill only Yufu Wang and non-pager guards, so as not to complicate our lives if pagers appear after the next opening of the vault.

7) The host ALWAYS takes a key card in order to open the vault. Client can make a bug keycard and it will simply disappear => -4 bags of gold.

How to open a vault with gold?

This is very similar to the door on a yacht. It is necessary to cancel the ECM for 0.1 seconds and to insert key card. After opening the vault use pECM and continue ECM cycle.

Thanks for your viewing!

We believe that this guide has become useful to someone!

I hope you enjoy the Guide we share about PAYDAY 2 – High infamy players gameplay tips; if you think we forget to add or we should add more information, please let us know via commenting below! See you soon!