Tips and useful knowledge covering many aspects of Path of Exile. It’s a great place for new and advanced players and a good starting place for you to find topics you want to know more about.

A Few Words Before We Start 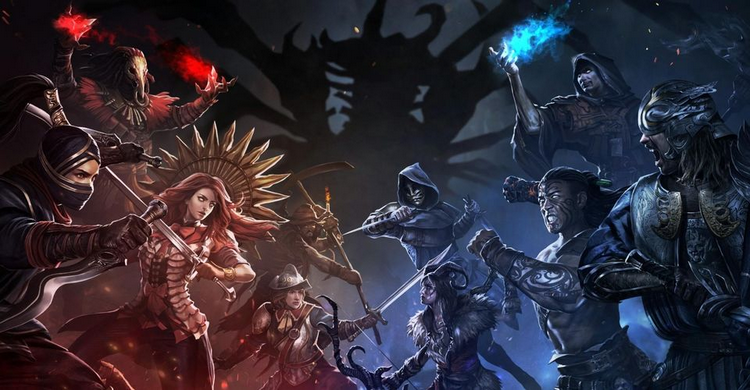 to my Path of Exile collection of knowledge.

You will find many useful facts, tips and recommendations about the game.

You will not find full-fledged in-depth guides on topics such as crafting, heists or the Azurite mine but instead extensive lists of quick-to-digest information, lightened up with screenshots and some attempts at humour, which, alas!, might be of a subjective quality :p


If you read about a topic you want to go deeper in, there are plenty of great guides focused on single aspects of the game out there. The official forums alone brim over with specialists that have gone where no man has tread before and discovered the deepest secrets and wonders of the game we love so much.


Everything’s based on my 700+ hours (actually a lot more since I started off Steam), starting with Vanilla and all the way to the present day in a kind of on-off relationship that I know many of you share. That said, I have participated in all but 1 or 2 softcore leagues at least for some time and recently started going for SSF instead as I do not like the trading system.


If you find obvious mistakes, let me know.


And now: have fun reading!

Here I give you some valuable hints and information that do not fit in the other chapters or are just globally true.

Path of Exile’s developers from GGG are constantly adding new stuff to the game, there is a major content update roughly every 3 months and without fail every single one contains a new league (season). Every new league introduces a new mechanic to the game and seeing how PoE has some years behind the belt already, you can calculate quickly that with 4 updates per year, that means a WHOLE LOT of league mechanics. A few of them are well hidden or were removed for balance reasons but most are in.


What this means especially for a new player is that you get overwhelmed with many different mechanics from the start. Some are quite self-explanatory but it’s still useful to bear in mind these tips:

Maps are PoE’s endgame content and have been regularly expanded with new mechanics since the game launched.

The main screen to manage your maps is the Atlas (default shortcut G).

The Azurite Mine or: A Complete New Game Mode

Collected Useful Stuff (CUS™) about the Azurite Mine!

Orbs: Best Friends for Crafting and $$$

The currency system in Path of Exile is a sealed book to many new players and even advanced players may not possess the knowledge to make good use of it.

The weird thing with this game is, its trade currencies are AT THE SAME TIME the crafting options. The orbs you need to alter items are at the same time used as ‘money’ between players.

While crafting itself is *KIND OF* optional outside of solo-self-found (as long as you are prepared to buy from others constantly), the myriads of different orbs, splinters and scrolls have real trade value while being much more ‘fluid’ in trading than items are. Plus, you can use them outside crafting, for example to enhance loot chests!


For crafting, there are excellent if somewhat nerdy guides out there, just look for them. I’ll only cover some basics here together with useful tips regarding orbs.

The shop in Path of Exile is 100% optional and does not limit the game content in any way whatsoever.


However, there are some quality of life improvements available that I would *very* strongly recommend to every player, be it the busy father spending just 1/2h each evening in the game or the nerd who changed his official address to ‘c/o Hidden Hideout, Wraeclast’.


And since this game is *completely free of charge* and GGG are doing an overall amazing job, it’s also good manners to support them with some bucks. You will not regret it.

No Fate but What We Make: Build knowledge

As I mentioned before, it’s best to follow a well-written build from the character forums unless you are a pro and know what you are doing.

Let me give you some tips:

No Fate but What We Make: Build knowledge, part II

There are plenty of in-depth crafting guides out there so I won’t even try to re-do their work.

However, there is some useful knowledge for which you do not need to read through 100 pages of nerd paradise 😀

More, Less, what the heck… The Small Mechanics Bible

Path of Exile does not always do a good job with ingame explanations.

Actually, it does a pretty bad job.


So this is why I’ll talk about some of the most common AND IMPORTANT concepts ‘behind the stage’ because these can and will make or break entire builds.

If you are following a build from some knowledgeable player, you may still want to understand these mechanics.

Don’t be afraid, I won’t torture you TOO much. It’s actually quite interesting!

Hope you enjoy the Guide about Path of Exile – Basic Gameplay Tips + Walkthrough Guide, if you think we should add extra information or forget something, please let us know via comment below, and we will do our best to fix or update as soon as possible!