Welcome to(Outlast 2 – Allfather’s Outlast Trials Gameplay & Walkthrough). The Outlast Trials newcomers and players who participated in Closed Beta but want to brush up on their knowledge should refer to this guide. This manual also provides information. It will be regularly updated. Please let me know if you have any questions or wish to add anything.

“In the Cold War era, human guinea pigs are involuntarily enlisted by the Murkoff Corporation to experiment with mind control and brainwashing. Your morals and endurance will be tested in a world filled with fear, distrust, and violence. All for the sake of science, progress, and profit. Survive with your friends or face the challenges by yourself.

Red Barrels is publishing the Outlast Trials, a first-person survival horror survival video game. This is the third installment of the Outlast series. It features test subjects for Murkoff Corporation in a mysterious Cold War experiment. It takes place in the same universe that the previous Outlast games.

Director of PROJECT LATE for the Murkoff Corporation’s Sinyala Facility during the Cold War. Also, the primary antagonist in The Outlast Trials.

Wernicke was one of the researchers who experimented with Murkoff’s abducted test subjects at the Sinyala Facility during the Cold War. He can be seen briefly in the Sleep Room. You may recognize him as the old man in a wheelchair at the end of Miles Upshur’s Outlast game.

The main antagonists in The Outlast Trials are the Experimental Population, also known as Ex-Pops. They are brainwashed and tortured due to PROJECT LATHE’s experiments by the Murkoff Corporation.

Ex-Pops, unlike the Reagents, can be used as dangerous obstacles and guards in the Trial environments to challenge Reagents. Doctor Easterman divides Ex-Pops into three categories: Prime Assets (Specialists), Grunts (Grunts).

Prime Assets are the most important and well-known members of the Experimental Population. They used to have legitimate professions, but the Murkoff Corporation has made them imitate their past lifestyles in extremely bizarre ways. This allows them to control the Trials’ themed environments. They are the main threat to the Reagents at each Trial. 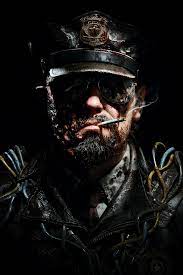 Sergeant Leland Clyde, a corrupt and delusional officer in police, enjoys s*xually a*saulting and electrocuting people with his shock baton. 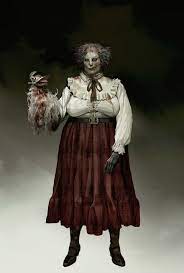 The Murkoff Corporation sends Specialists to the Trials to provide Reagents with unique roadblocks. Although they are not always directly fatal, Specialists play a supporting role to Grunts and Prime Assets by using their special abilities to jeopardize the Reagents.

The Pouncer is a traumatized Specialist that hides in various places throughout the Trials. Unsuspecting Reagents may get too close to her hiding place and she will try to ambush them with her nak*d hands.

The gas mask and fumigator can be used to identify the Pusher. The Pusher will use his fumigator and spray a Reagent in a noxious chemical, causing them into a “Psychosis” and begin hallucinating Skinner Man before running to an exit nearby.

The Reagent must find an Antidote and use it to stop this from happening.

The Screamers are a more supportive role than the rest. They alert other enemies to the location, deafening screams, and shocking nearby Reagents who happen to be caught in their vicinity.

The Berserker is a tall, gangly creature with a metallic blindfold covering his eyes. Like the Big Grunts, the Berserker is stronger but slower than regular Expos. However, his blindness prevents him from sighting Reagents unless a Reagent approaches too closely. Instead, the Berserker hears a Reagent making noises. 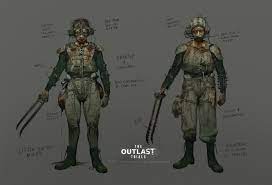 Grunts is the most common Ex-Pop, used as basic hunters by the Murkoff Corporation during all Trials.

There are two types: Grunts or Big Grunts.

There is a unique enemy to be wary of, The Skinner Man.

The Skinner Man, a phantom-like entity disguised in a business suit, pursues the Reagents during Trials when they are suffering from Psychosis.

He appears tall and greyscale, wearing a black suit. He appears as a tall, grey-skinned humanoid wearing a black suit. His head becomes translucent and reveals a glowing skull with glowing red eyes whenever he approaches a Reagent. He also has flowing, writhing tendrils sticking outward from his head that seem to defy gravity. He doesn’t have visible human hands. The black mist covering his top body, where flesh should be, makes it appear that he doesn’t have a neck. In-game documents reveal that the Skinner Man is a warped version of Doctor Easterman. 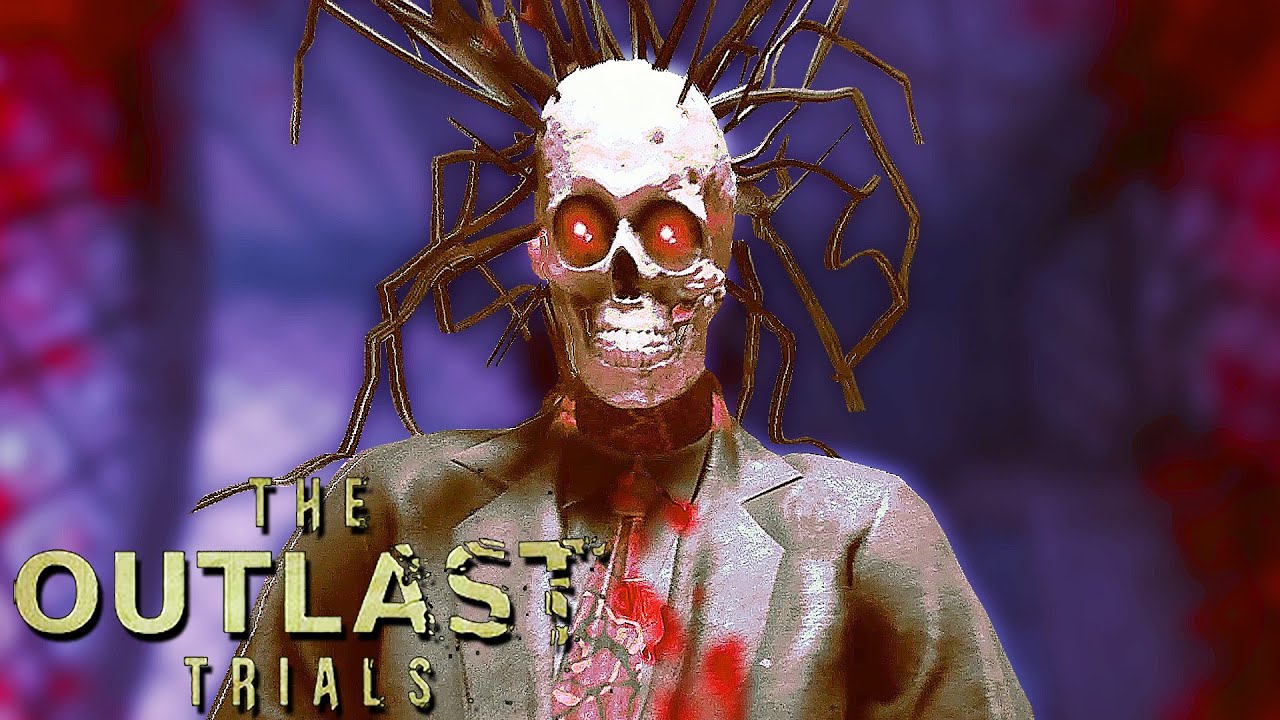 Only a Reagent in Psychosis can trigger the Skinner Man’s presence at the Trials. This can happen if the Pusher catches a Reagent, if they trigger bo*by traps such as Mines, rigged containers or doors, or if they fail to lockpick minigames.

The Skinner Man cannot communicate or speak. The Skinner Man, unlike the other antagonists in this series, is not an entity that exists. He is merely a projection of the Reagents’ minds during Psychosis.

The Skinner Man is not affected by standard solid objects, so he has properties similar to The Walrider or ghost. However, he is a ghost-like thought form he is still impeded and unable to move through walls or other solid obstacles. However, he can pa*s through doors easily.

The Skinner Man can wildly and erratically twist his body at an alarmingly fast speed. This can be seen most often in the Skinner Man grasping his head with his hands, violently twisting his torso around, and grabbing his forehead. This is most likely a reference to the mentally anguishing state that the Reagents experience when they undergo Psychosis.

The Skinner Man is a thought form, but he appears exactly like multiple Reagents.

The main protagonists of The Outlast Trials are The Reagents. They are people who volunteer to be test subjects for Murkoff Corporation’s twisted and sick Cold War experiments. The player characters can be completely customized, unlike the previous three protagonists.

A Reagent can experience psychosis when their sanity has been completely depleted. This is caused by being exposed to the mind-altering psychosis gas. The Pusher can spray the gas in a Reagent’s eyes. It can also be released when a Reagent fails to lockpick or steps near gas mines. The Skinner Man will then manifest and start following the affected Reagent.

Although the state isn’t physically harmful, it can be dangerous to meet the Skinner Man.

The Psychosis state causes Reagents to lose their vision and become blurred, warped, and distorted. The screen will display saturated red and green colors, with some parts of the screen moving and twitching. The Skinner Man will appear by phasing up through the floor and then pursuing the mentally-affected Reagent. The Skinner Man will never stop his pursuit of Reagents. He will always know where they are, making hiding from him impossible.

There are two ways to overcome Psychosis. One is using an Antidote that completely restores a Reagents sanity. Another option is to keep running away from the Skinner Man, until sanity returns enough to the point that the Skinner Man stops his pursuit and de-manifests.

A Reagent’s view of sanity will show a reduced but not completely depleted version of the Psychosis state. However, it is still sufficient to know that sanity was depleted. The Skinner Man can be seen if sanity is at only one bar (of three) on HUD. However, it will only appear as a harmless visual.

During a trial, you can use rigs to give reagents an edge over the ex-pops.

The Blind Rig- This device places a proximity mine on the floor. It explodes into a colorful gas, blinding or stunning ex-pops temporarily.

The Stun Rig- The reagent throws an explosive bomb, temporarily stunning ex-pops. After the stun wears off, they will become enraged, move faster, and their eyes will glow red to indicate that they are enraged.

The X Ray Rig – This rig allows the reagent and their co-workers to see ex-pops through walls and objects as a small white circle.

The Healing Rig – This rig allows the reagents to restore their health and that of other reagents over a short period.

The Outlast Trials has 2 throwables. 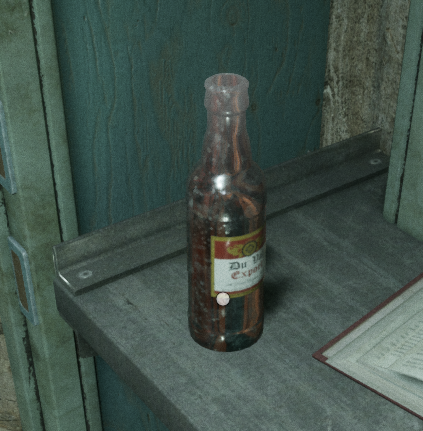 Bottles can also be thrown to create a sound distraction. This will cause ex-pops/prime a*set to move towards the noise location. They can also temporarily stun an ex-pop or prime a*set by being thrown at them. 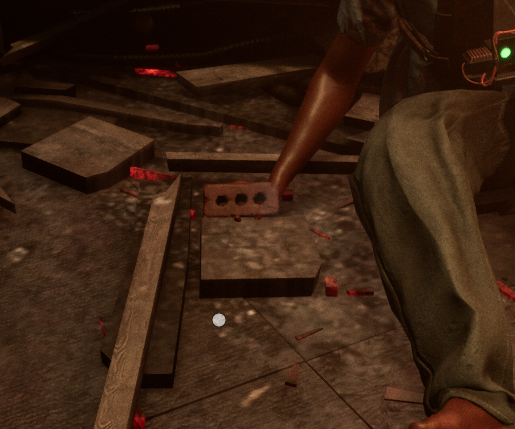 Bricks are not sound distracting when thrown, but they can be used to stun prime a*sets and ex-pops.

This is used to open locked containers. 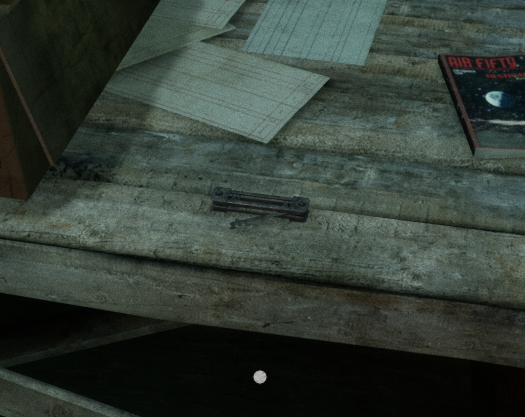 The smaller one restores a small fraction of the reagents, while the larger one regenerates the entire reagents battery. 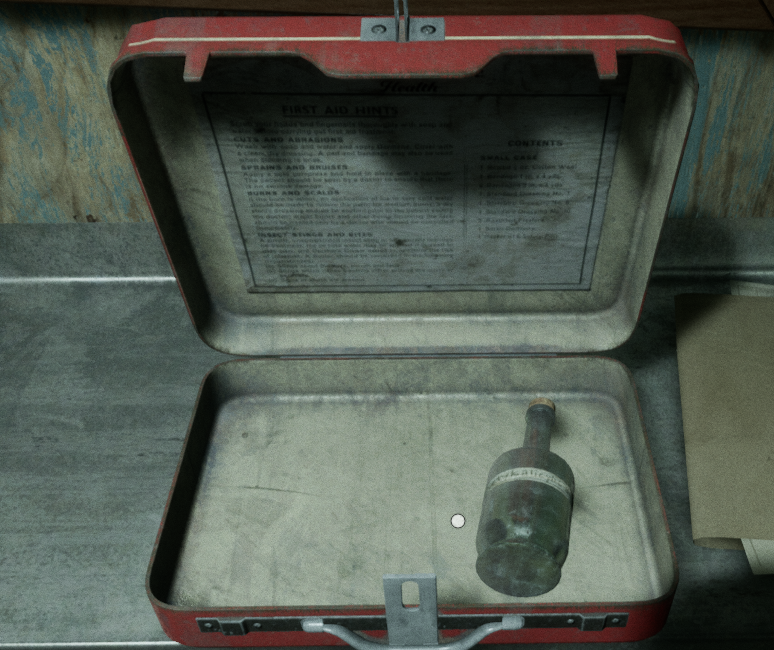 The small medicine heals 1 bar of health, while the former heals the entire reagent. 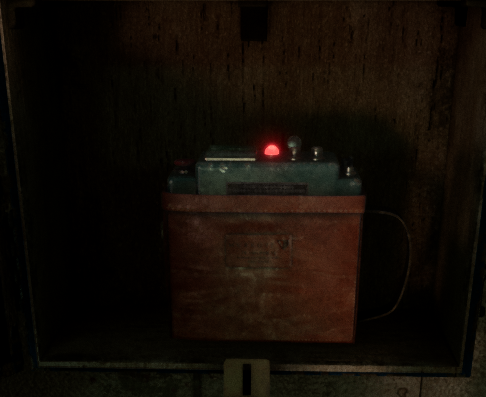 The reagent causes the user to have infinite stamina and can move faster for a short time. 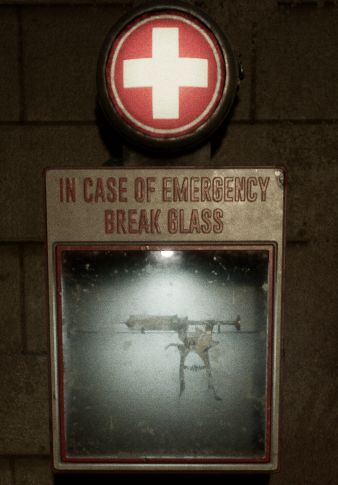 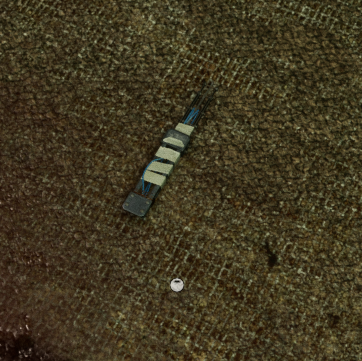 All locks can be opened instantly without the need to pick a lock.

These are some pictures of maps/levels that might appear in the final game. 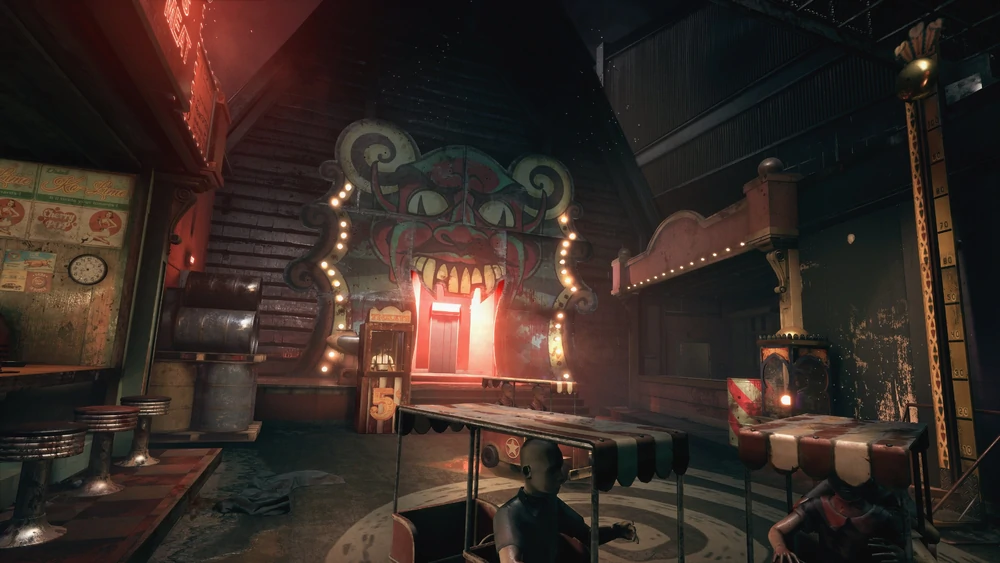 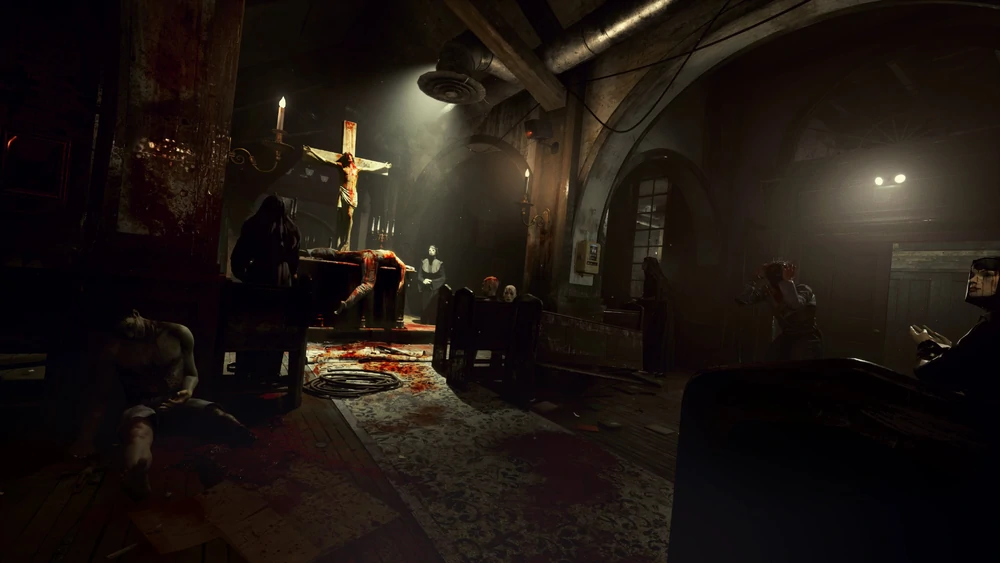 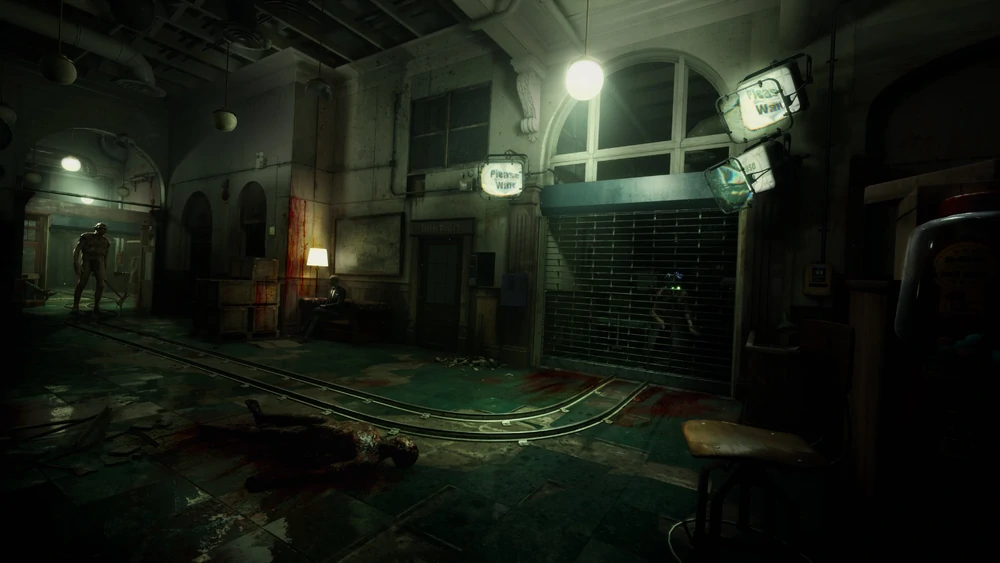 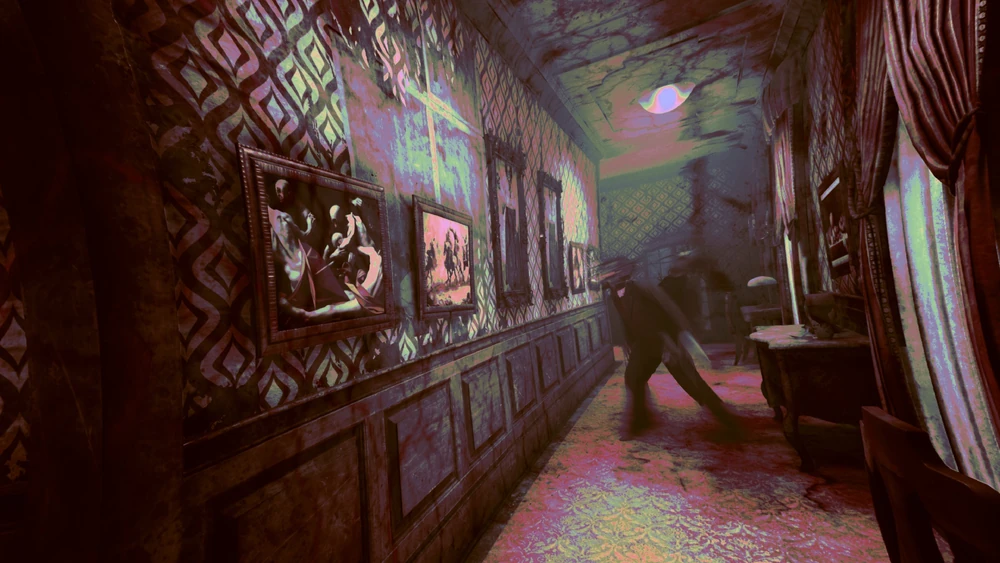 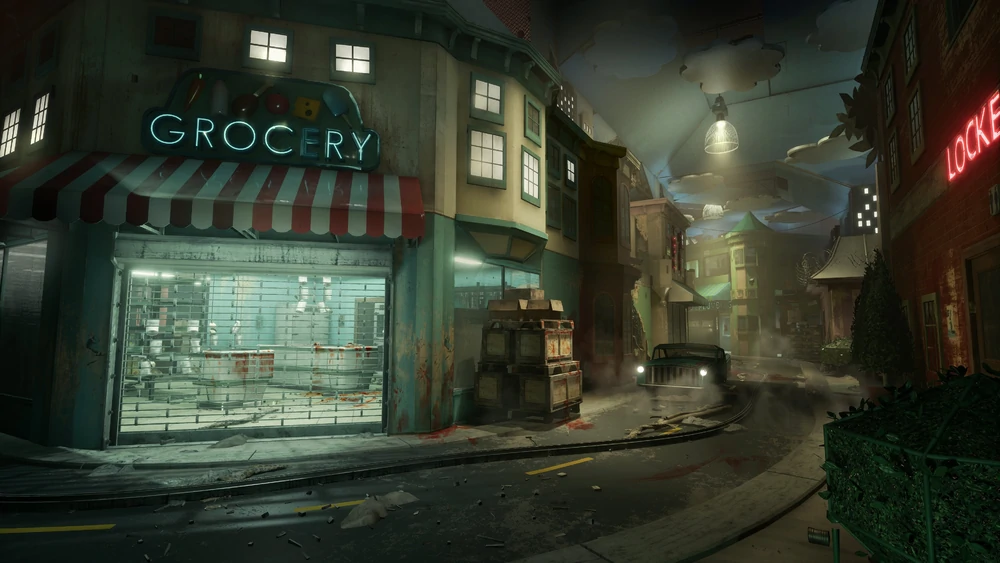 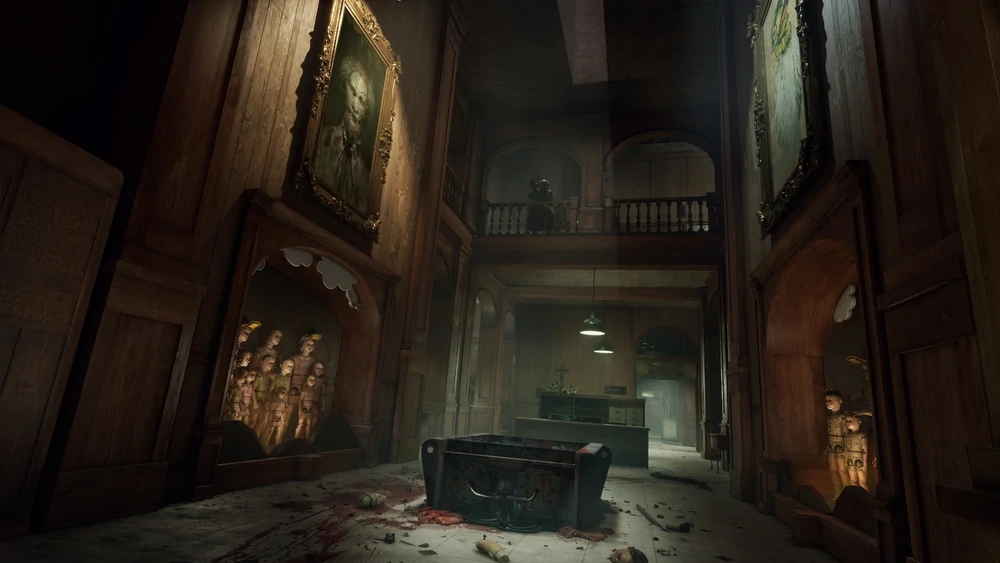 Thank you for reading the guide. I hope you enjoyed it. Please let me know if you have any questions. The guide will be updated as soon as possible with relevant information.

This guide will also be moved to The Outlast Trials section once it is available to everyone. I look forward to placing it in its proper place.

If you have any questions, please post them in the comments. I will answer as quickly as possible.

This is it from The Outlast Trials’ Allfather. I look forward to seeing all of you in the trials reagents. Best of luck!

Hope you enjoy the Guide about Outlast 2 – Allfather’s Outlast Trials Gameplay & Walkthrough, if you think we should add extra information or forget something, please let us know via comment below, and we will do our best to fix or update as soon as possible!