This guide is going to show you a deadly combination of traps that complement each other very well and deal lots of fire damage.

This combo utilizes 3 major traps… The first being the Guardian Archer, the second being the Tar Trap, and the third being Brimstone. These traps by themselves aren’t that impressive, but when you upgrade the archer to deal fire damage and upgrade the tar so that enemies take increased fire damage on it, things get a lot more impressive. So, let’s start with the first trap… The Guardian Archer.

The Guardian Archer has a unique upgrade that changes its damage type from physical to FIRE. Once you max out their health and give them fire damage, they become a really good, cheap trap. 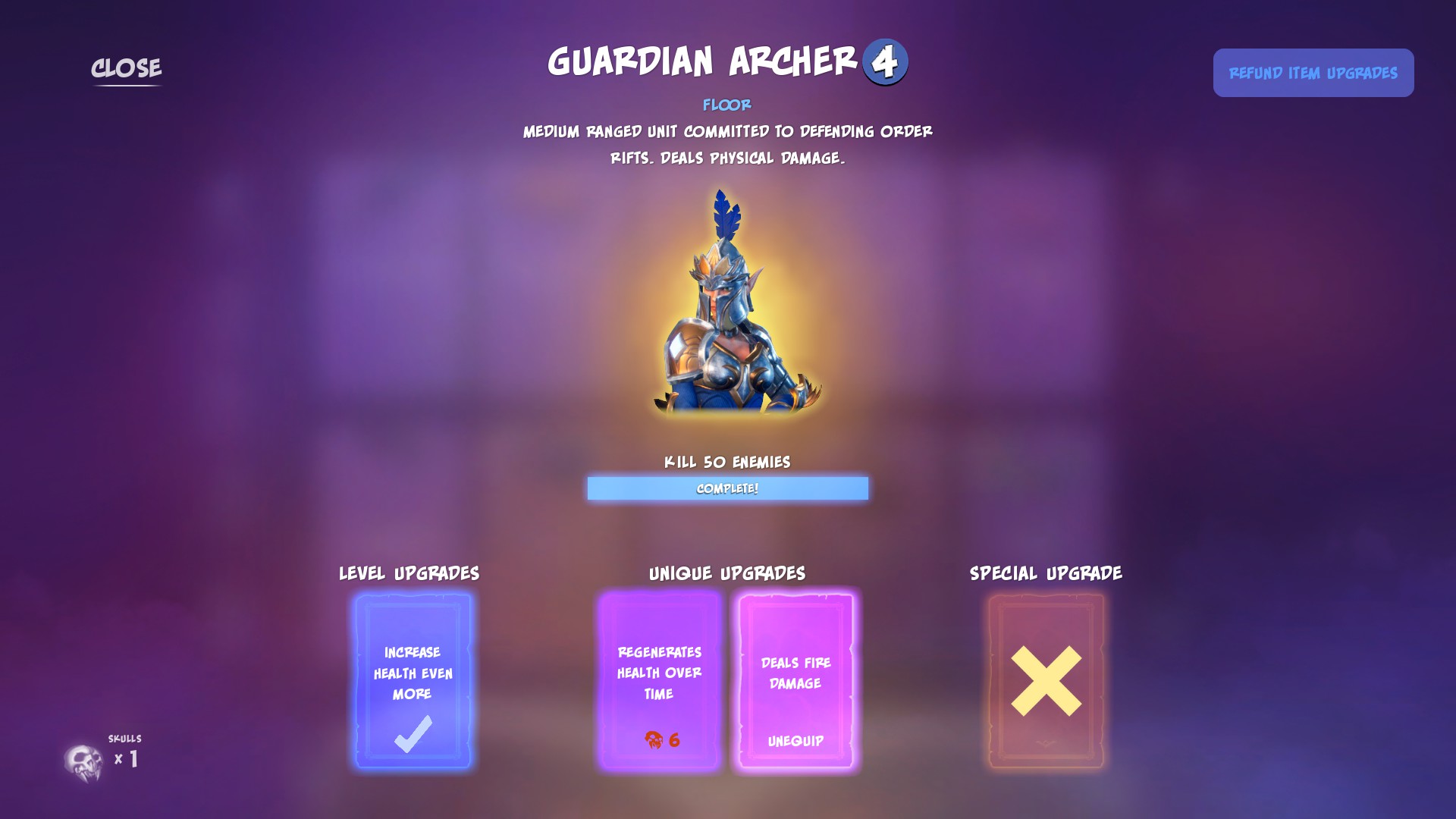 This trap is great by itself, but now let’s combo it with something else… The Tar Trap.

The Tar Trap has a unique upgrade that causes enemies to take increased fire damage while on tar. This means that when orcs are stuck on your tar traps and ur archers are bombarding them with arrows at the same time, their arrows are dealing fire damage to the orcs stuck in the tar that is constantly making them more susceptible to fire. 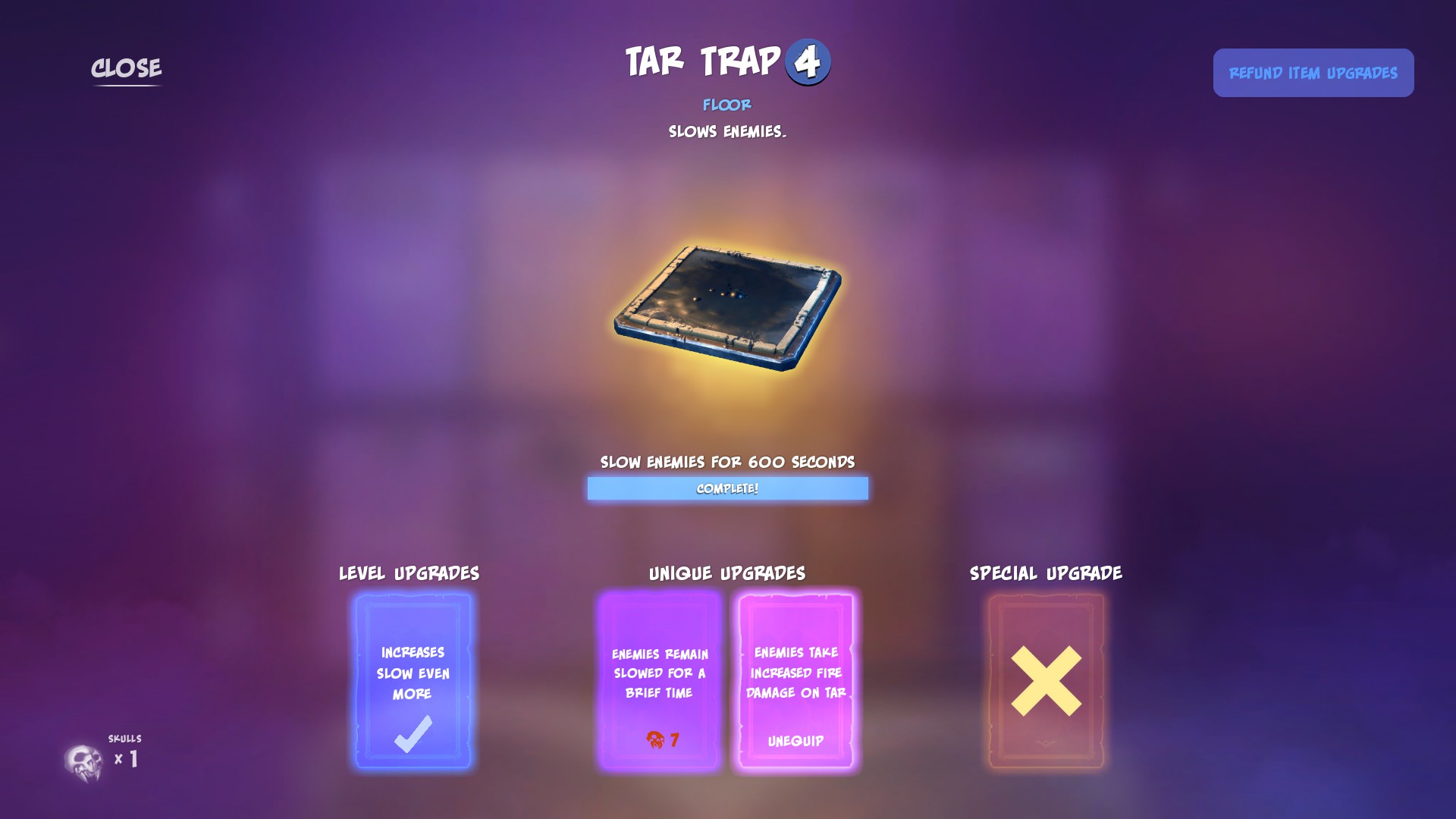 Now, instead of just a bunch of tar, we can add another trap into the mix. Every other tar trap you put down, replace it with Brimstone; like a checkerboard pattern. Brimstone deals lots of fire damage, which pairs insanely well with the fire-damage-dealing archers + the damage buff that the tar gives. 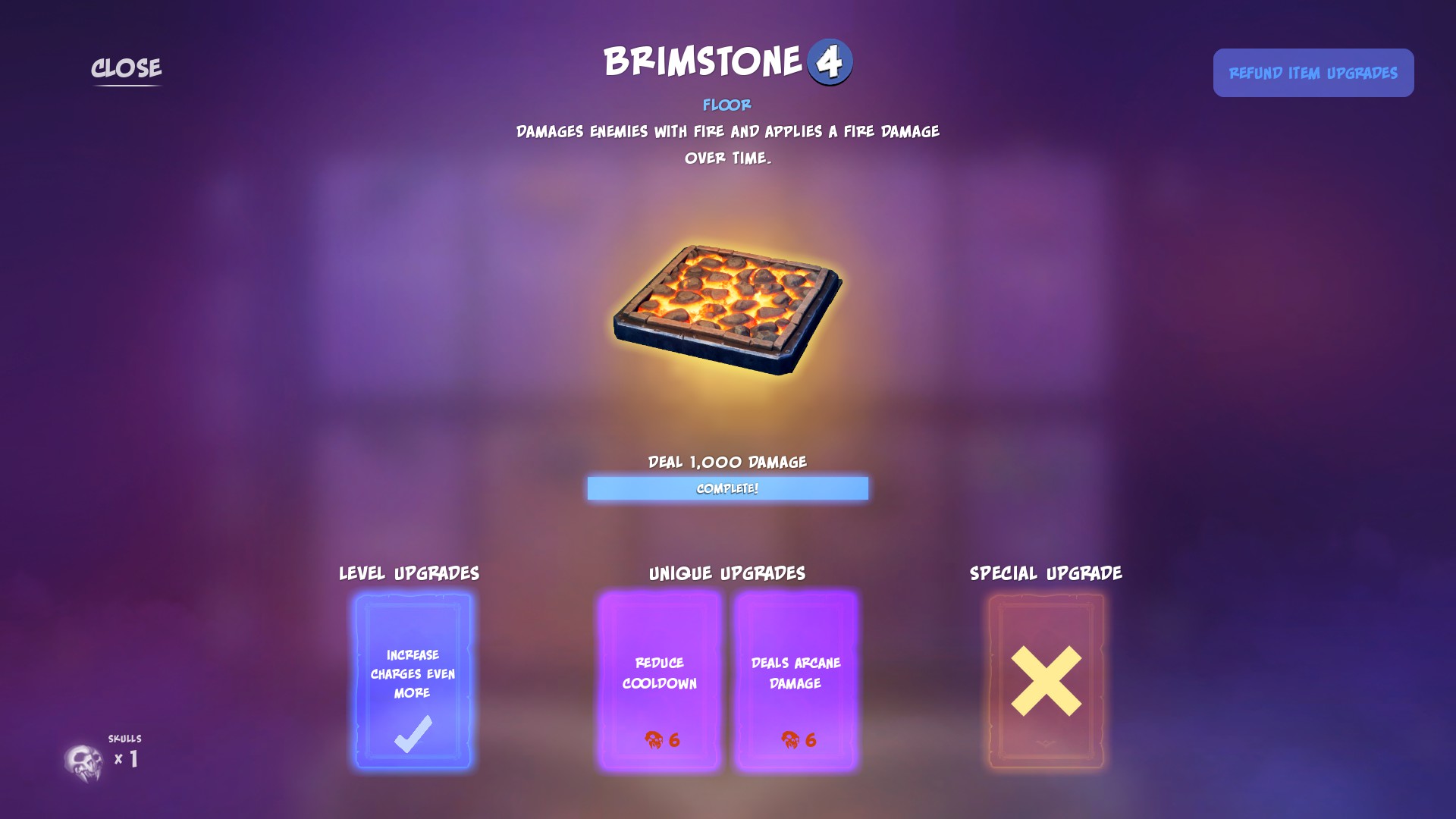 So orcs are going to step in tar while getting volleyed with fire arrows, and then step into Brimstone which deals a ton of fire damage, then step back into some tar and keep getting pelted with arrows. Repeat a few more times, and there won’t be any orcs left alive.

(War Scenario Only) Bank of Archers

If you’re doing a War Scenario, you can replace the Guardian Archer with the Bank of Archers. The Bank of Archers can also be uniquely upgraded to deal fire damage, just like the guardian ones. This will make the combo even stronger. 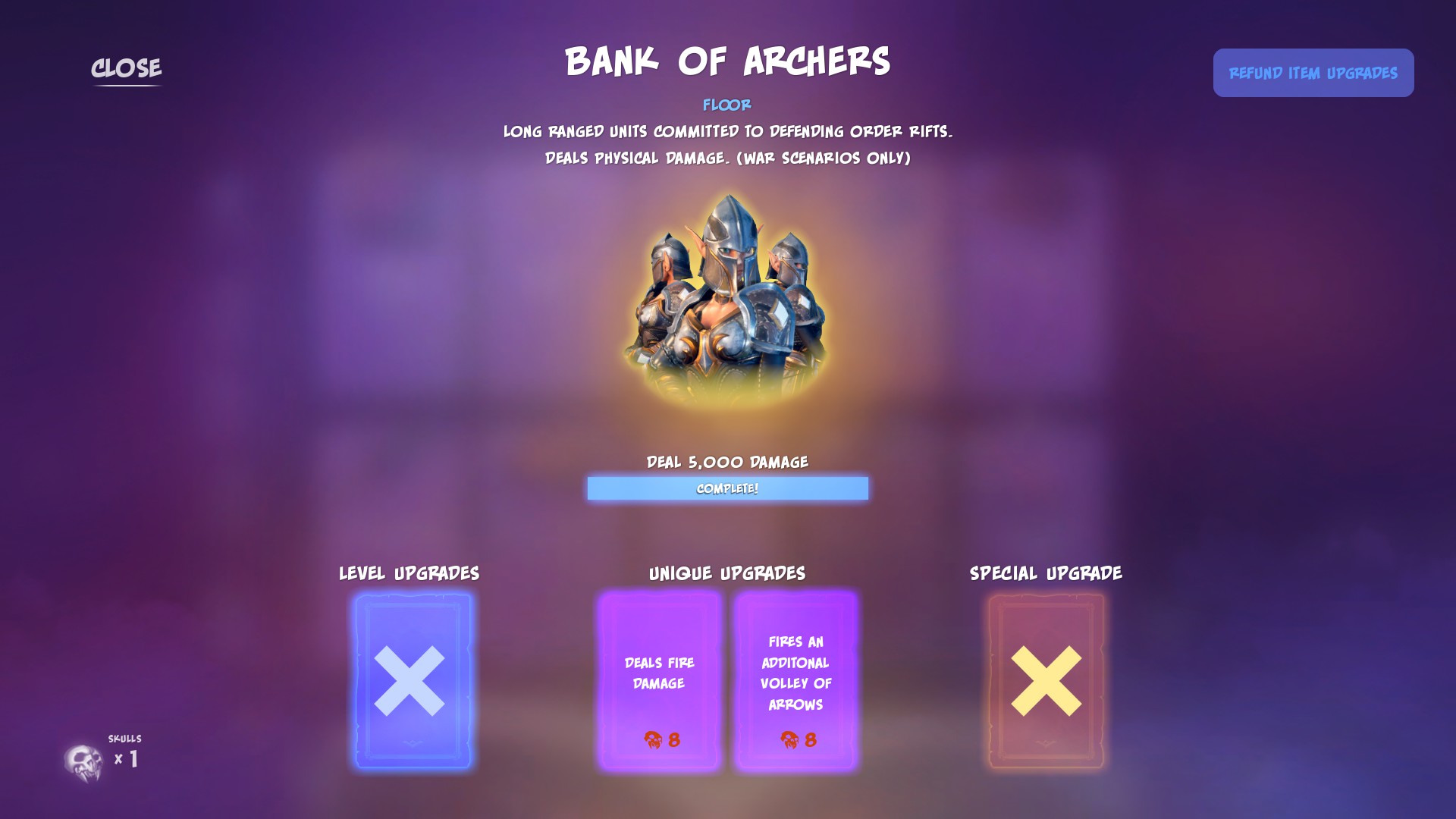 Another trap you should use with the previously mentioned ones is the Barricade. If you have your barricades fully upgraded, you can make some awesome mazes out of them, and in the mazes will be your tar & brimstone… and for your archers, you can place them behind barricades so that the orcs can’t hit them, but the archers can still shoot over the barricades at them.

Here’s a picture of the fire trap combo + barricades, forming a maze: 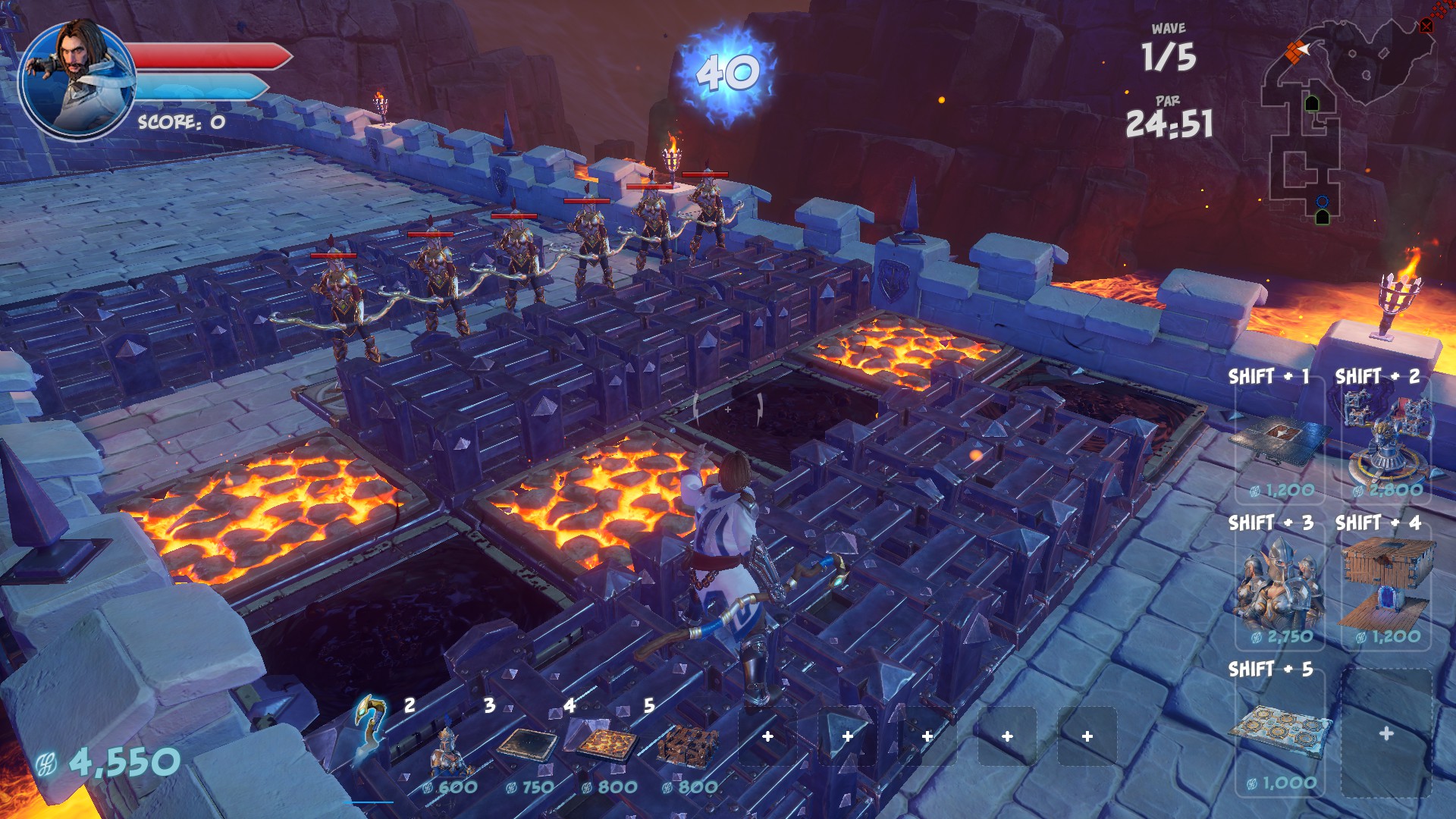 Notice how the archers are safely positioned behind the barricades, using them as cover.

Here’s a video of me using the fire trap combo live & in full effect:

Thanks for checking out my guide! I know that the tar + brimstone combo is already really popular… but I discovered that adding fire archers into the mix makes for an even better combination, so I thought I’d share it with you guys. I’m new to OMD, so this might be old news for veteran players, but I hope I at least showed a few people something new. 😀

This is all about Orcs Must Die! 3 – Awesome Fire Trap Combo Guide; I hope you enjoy reading the Guide! If you feel like we should add more information or we forget/mistake, please let us know via commenting below, and thanks! See you soon!