The guide isn’t complete yet, i managed to obtain 35/37 achievements only so far…

Some info available about the other 2 too based on my tries, please share if you found something else:-)

Perfection difficulty: 6/10 right now, could be more if it is required to collect ALL memories in one run

Achievements influenced by performance during the whole game?: Yes

Perfection time: 20h+, one regular walkthrough should be around 12-14h while you care about the story, then a second speedrun could be done in around 6-8h. Extra time if additional walkthroughs required.

The following achievements unlocked automatically during your playthrough:

There are achievements influenced by your performance during the game, like speedrun one, or to not fail any puzzle.

Here is the good news about them:

While it is easy to die, fail on puzzles, and while there are no manual saves, no save file to back up, you can still fail. Just push alt+f4 when that happens and restart the game from previous save location. I failed on all: The Witch, East Ocean Noble, Flawless Memory and still managed to get them on my second walkthrough with this method.

Complete the game in 8 hours


Get from start to end in 8hours (playtime). This is something you shouldn’t get during your first playthrough, if you did, then you skipped the whole story and shame on you:-)

Complete the game without failing once


Because of random dice rolls it is easy to die and you can’t do anything about it. So whenever that happens just alt+f4 before the screen goes back to the Old Jun and restart the game and continue from the previous checkpoints.

Complete all the East Ocean puzzles without any mistakes


East Oceas puzzles are like the ones on the following picture. If you fail once just alt+f4 and continue from previous checkpoint. Complete the game without resonating with the wrong starsong


Same like before, if you failed any, just alt+f4 and continue from previous checkpoint. Starsong puzzles are these: ALL THE ABOVE UNLOCKS AFTER THE CREDITS DONE, SO DON’T PANIC WHEN NONE UNLOCKED AT THE ACTUAL END OF THE GAME

These achievements could be earned any time and not related to any chapter.

Completely run out of fuel twice


Run out of fuel twice in a single game. Nope, it is not enough to reach zero. If you have 2 fuel select a destination which require 3+ fuels and confirm that you will travel anyway. This action isn’t count as death as rescue ship will arrive.


Fully upgrade a ship. Getting the materials for it will be easy, you will have issues with only one upgrade as it unlocks during chapter 3 or 4 and the required material for it could be found at a chapter 2 location and it is unlikely anyone ever revisited that location. Explore for the broken communication modules at the location: Trading Post: Mayfair, which is the same where you could get the achievement “remember her generousity” during chapter 2.

There’s always a story to tell if you fail

Acquire over 3 Tales of Failure


Fail rolls during events multiple times to get 3 of these items. It is not awarded all the time, but in a regular playthrough, without reloading last checkpoints, it is unlikely that you will end up without this achievement.

Thought I was dead

Die twice in a playthrough


Die twice, which is quite easy, you need to get to the screen with the Old Jun to get a death to registered. First time you can do this while you earning the “I’m not afraid” achievement in the first part of Chapter 2 and selecting “Kay is right” option twice.


You can re-explore locations, but i usually not had money issues, so the best location to grind up to 20k credits unlocks at Chapter 3. Just explore Lumen Cave 991: Sam for 20 lumen herbs, sell them at Black Market Bazaar: Silk Oasis and repeat. 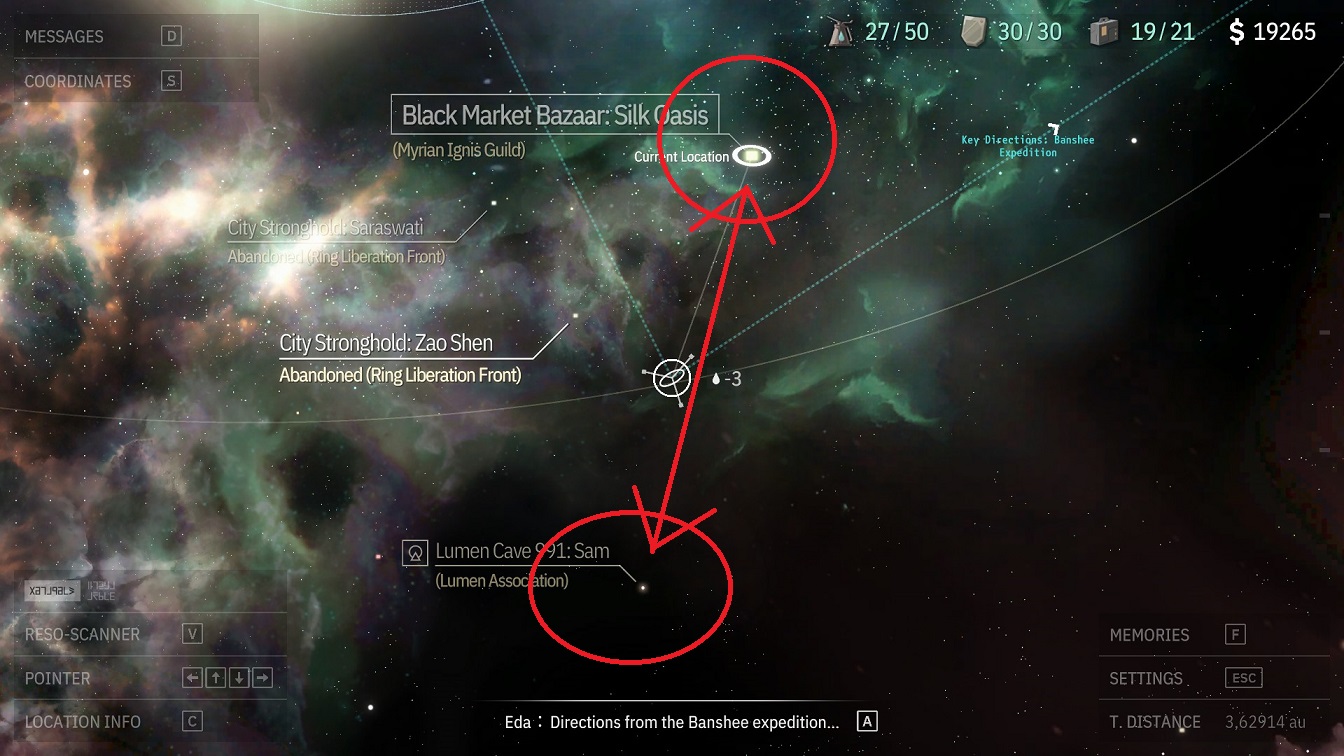 Mail has been read


Should unlock nearly at the end of the game. Just read all received mail.

The first 2 achievements for this category quite simple and nearly unmissable:


This last one is what is extremly hard. I don’t know yet, if you need to collect all 246 memories in one run or not. If that is required, then this achievement is nearly impossible because of the predestinated dice rolls. (alt+f4 reload not helps to get different rolls, it is still the same so RNG if you can get one item or not).


In my second playthrough i acquired 234, in my first i was around 220-230 too. You can just reload from previous checkpoint if you want to find out the result of other decisions, that way you can check out if that provide an item/memory or not and then progress with that result which provided one, but you usually get something if you contact others, or go to explore instead of avoiding/hiding. (but this also means some received damage in many cases)


I am not exactly sure that this achievement obtainable right now or not. There are locations where i get messages like “there will be work if you low on credits”, but i get that same message even when i have zero credits, so i have a feeling some item simply not obtainable right now. I explored the whole map very carefully.


Some very easy to miss memories: (add in comments if you want to add)


– at the end of chapter 3 you will get a mail that the final act of the Starsong Opera will be shown soon. Go to the location mentioned in the mail to watch it and get the memory about it. As this mail arrives close to the final destination easy to miss this memory as require backtracking.

There are 2 different type of location achievements, so i believe this could create some misunderstandings. The good news is: both could be finished in different playthroughs. I got both “all” achievements in my second playthrough midgame, while exploring the locations i missed during my first game.


These locations reffering to sublocations, like marked on pictures. For example a big starbase usually have 3-5, you need to click on all to make it count: 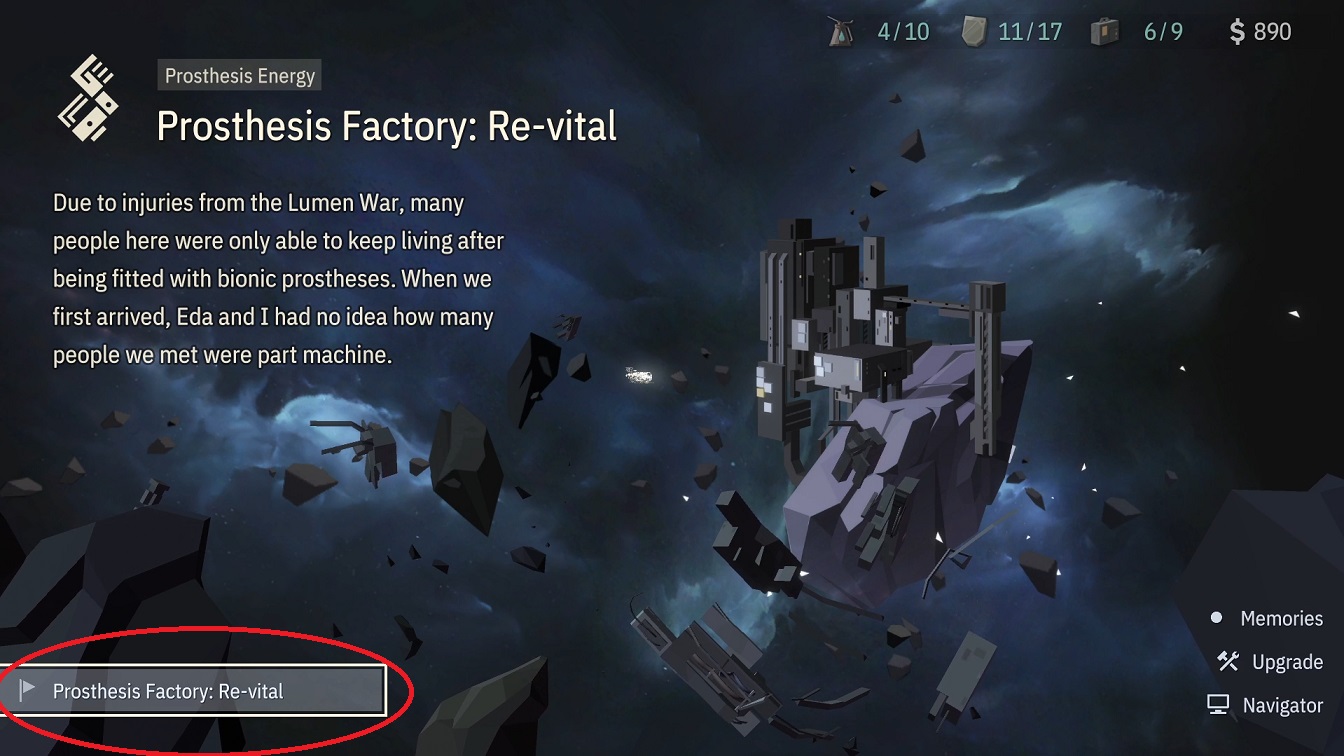 Visit over 10 locations in Thousand Peaks

Visit over 50 locations in Thousand Peaks

Thousand Peaks is My Home

Visit all locations in Thousand Peaks


These locations are the locations you can see on the map. This include planets, the star of the system Ignis, the caves you can find by looking for Starsongs, military bases and the last one could be the reason why this achievement is quite rare. The most missed one might be the Military Station next to the Star Ignis, at the Chapter 2 area, as visiting it deadly if you dont have Forged Visa, but that could be acquired only during the Chapter 3.


First achievement based on decisions, select the marked answer to get the achievement: 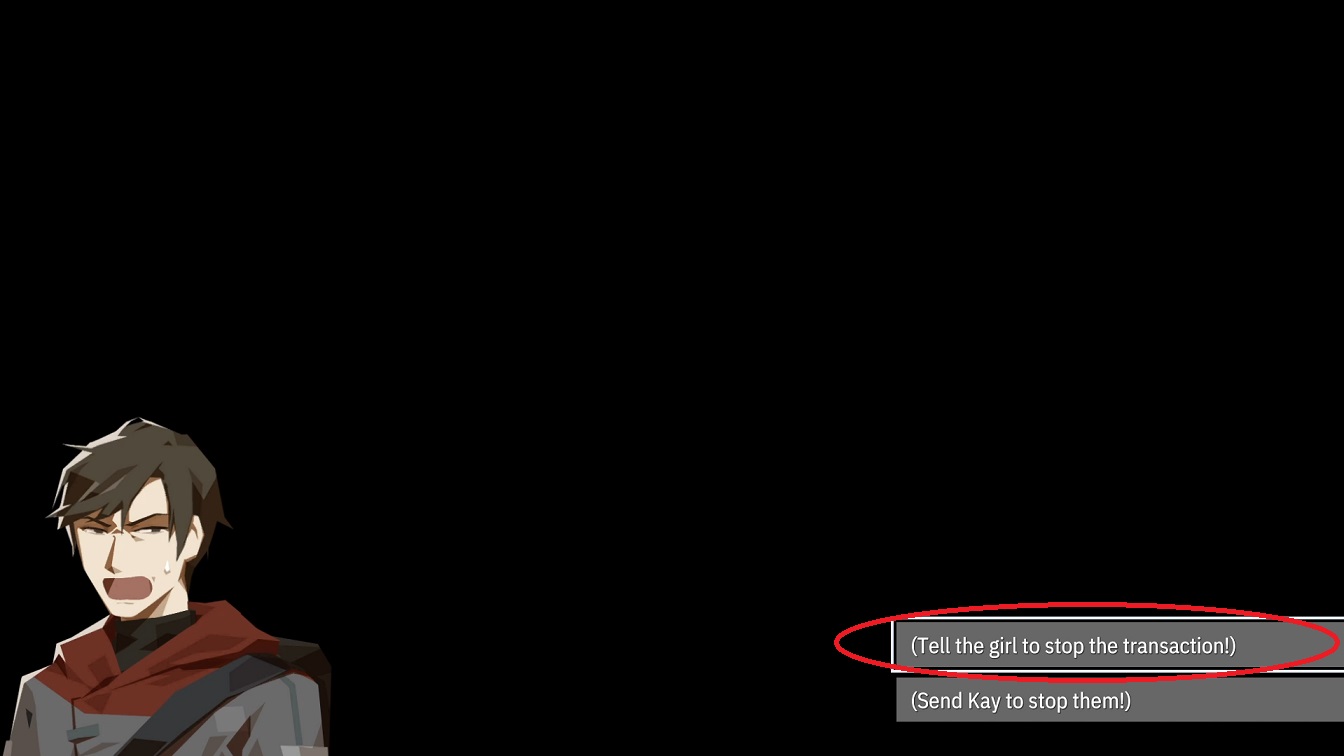 Not listening to Kay’s advice


This is actually an unmissable achievement, because the other answer result in death: Help to return a favor


Once escaped the pirates you will have another decision, select the following for the achievement: 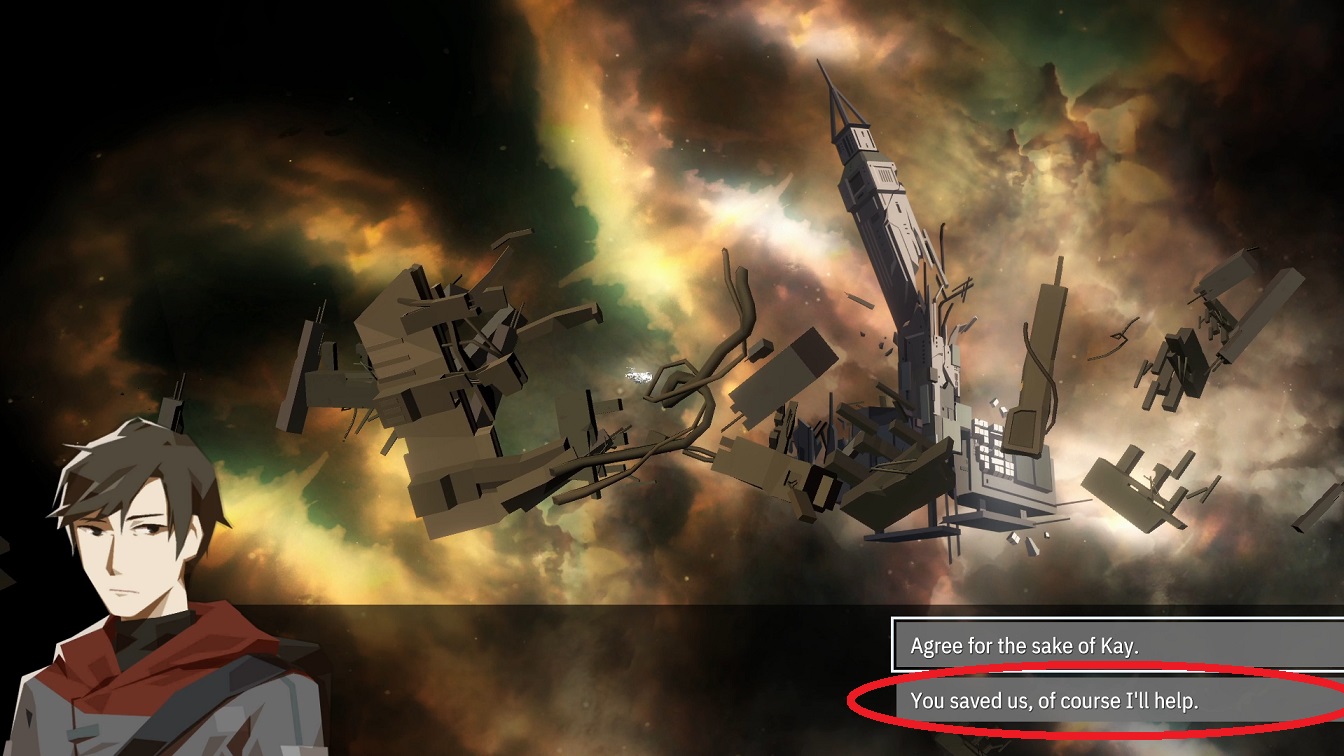 Not asking for return

Sometime after the funeral, Eda ask Jun to join the crew. Jun will make this decision when first leaving from Recycling Station: Trash Mountain and you need to select: 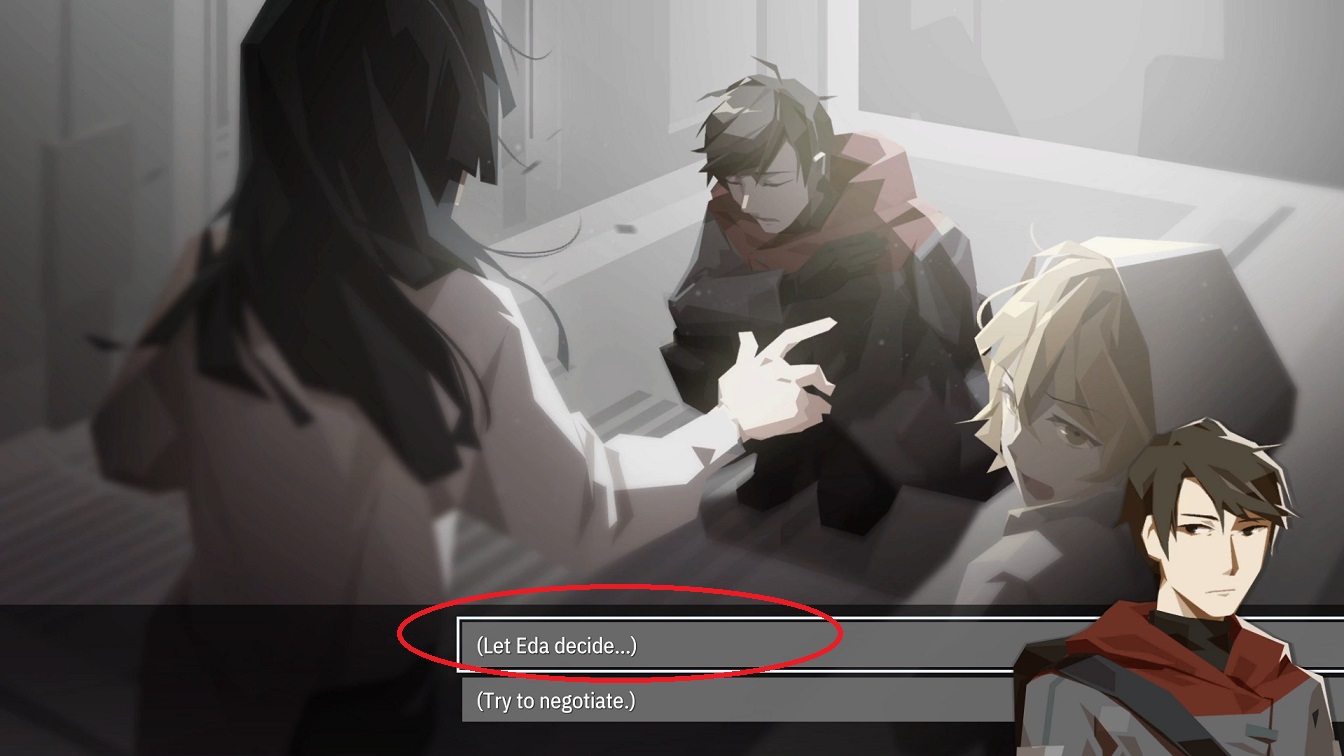 Decided not to send out the letter

Jun writing a mail to the Clan Master while during a cutscene while travling to …. . This happend around the same time when you can control Remi the first time. You need to decide about the content of the mail, but that is irrevelant, just don’t send the mail: 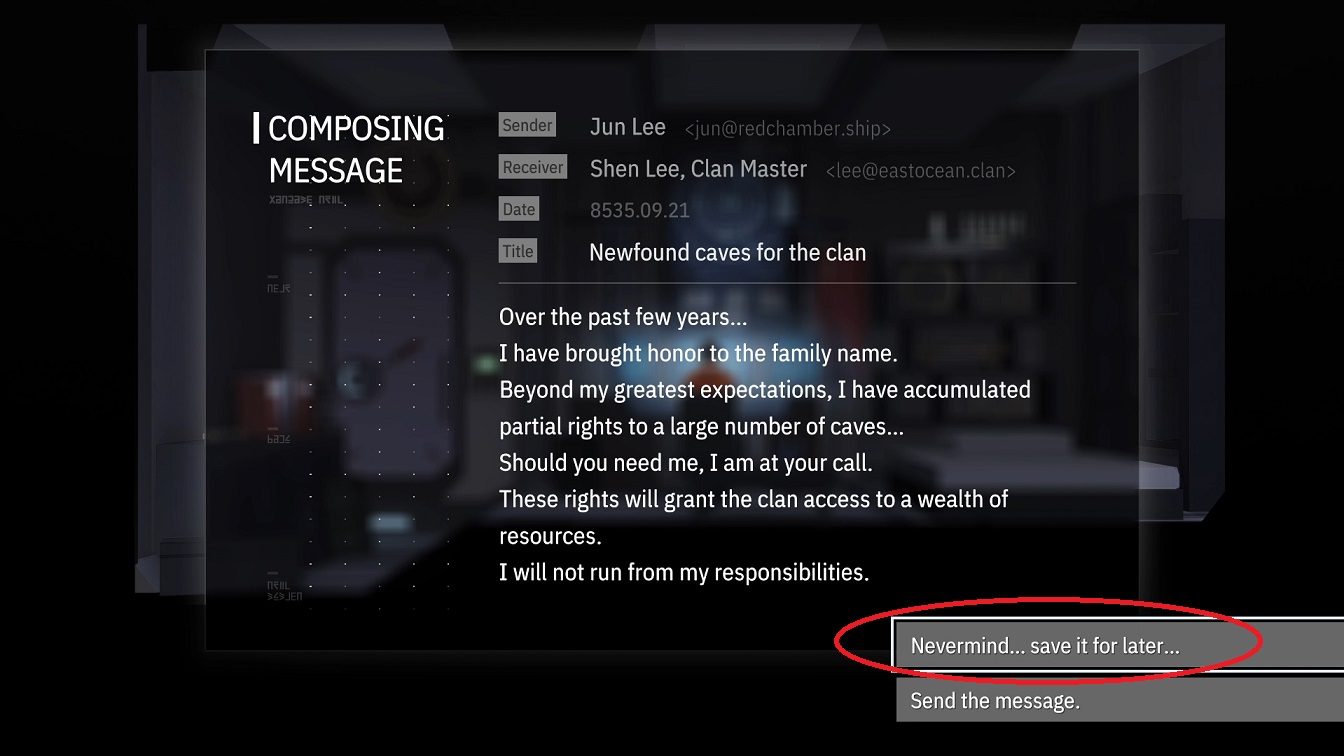 While controlling Remi you need to craft the forged visa. This happens when traveling first to the location Mt. Aurora Cave: West Mount Tonitrus. During this scene there is the dart in the area, use it 10 times for the achievement.

During the exploration of cave Ironwind 32 Remi will misscalculate the arrival of the authorities so there will be some unwanted visitors. After that select the following option to get the achievement: 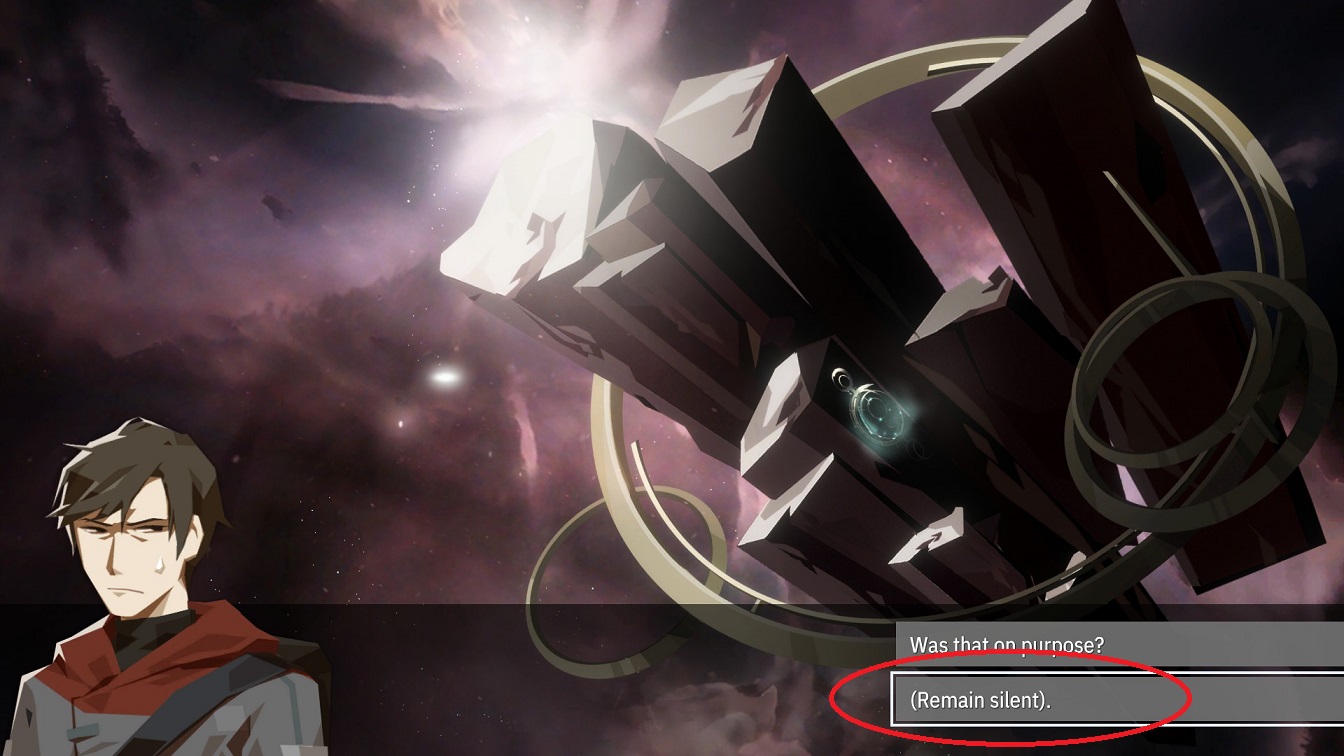 Never been hit once by the space debris


The final goal of Chapter 3 to explore a cave, called Asteroid 99. To reach that cave you need to go through some debris without taking any damage. This is quite easy, but alt+f4 and reloading from last checkpoint might work here too if you take any damage.

Nearly at the end of the chapter, you need to thank Remi for saving you for the achievement: 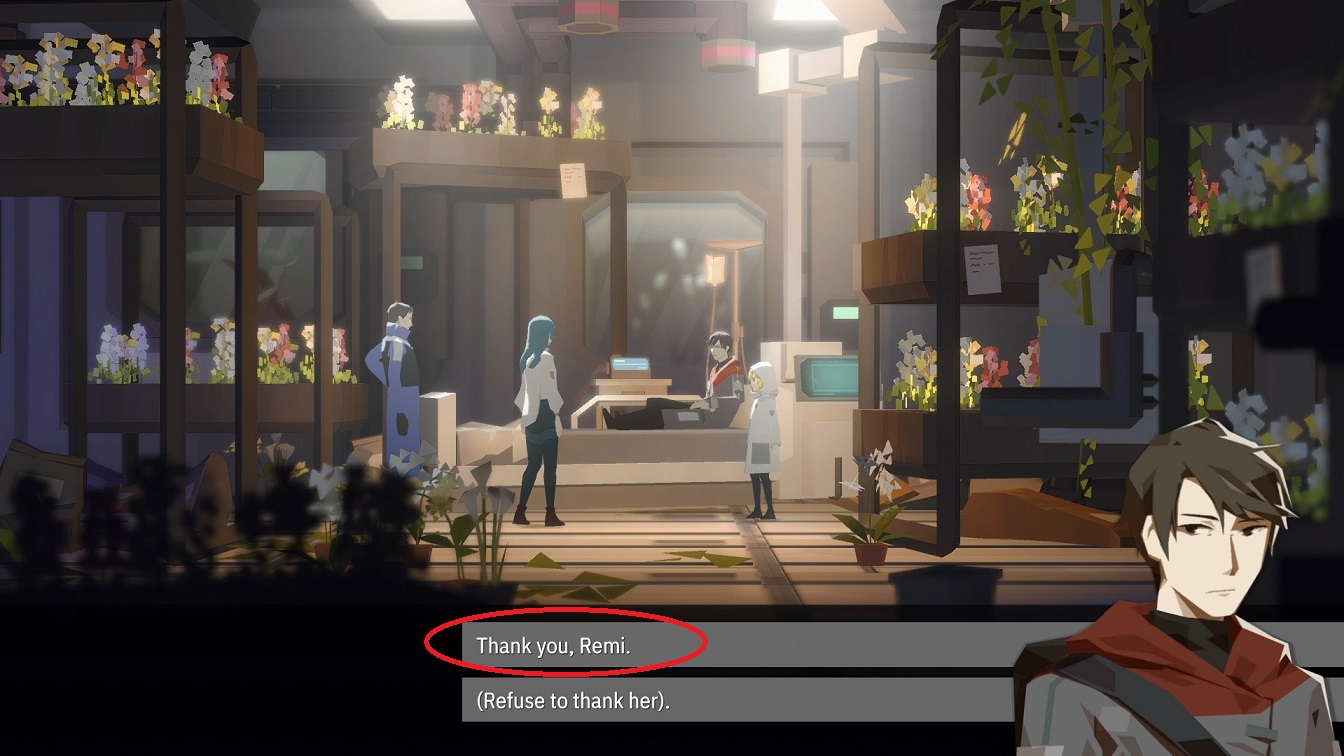 Be honest to Eda

Very first moment of the Chapter that Jun receive a message from the Lee Clan. Tell the truth to Eda that it was from the Clan: Not getting hit once when landing on Banshee

Another reaction minigame. Avoid the comet parts of the Banshee comet while getting close to it. I found it more difficult, while i got it on first try alt+f4 should work if you fail it. If you see any message that 2X armor left then you need to restart from checkpoint.

Other than the collect all items i not managed to get (yet) the following:

Be kind to Bones


It is somewhat clear that Jun should help up Bones during Chapter 2, after the explosion killed the Lee Clan Hired Gun (real name censored as it contains twice a censored word). None of the decisions unlocks that achievement.


I idled there for 20mins, hoped eventually Bones will take the end of Jun, expected that will be required, still not unlocked.


Now at the end there is a mail message that Jun should visit Bones before leaving back to his origin planet, but not found Bones at any space station.


I ran out of ideas, as no other option you can talk or do anything with Bones, which not a preset conversation:-)

Video Walkthrough (not a 100% in one go video, that is not possible)

This is all about OPUS: Echo of Starsong – All Achievements in Game + Walkthrough and Video Tutorial – WIP; I hope you enjoy reading the Guide! If you feel like we should add more information or we forget/mistake, please let us know via commenting below, and thanks! See you soon!