Did you know that you can buy a new starship and reclaim your old starship for free?


This allows you to gain a lump sum of units and nanites, or new toys for the long walk ahead, as well as reordering your existing starships – for free. 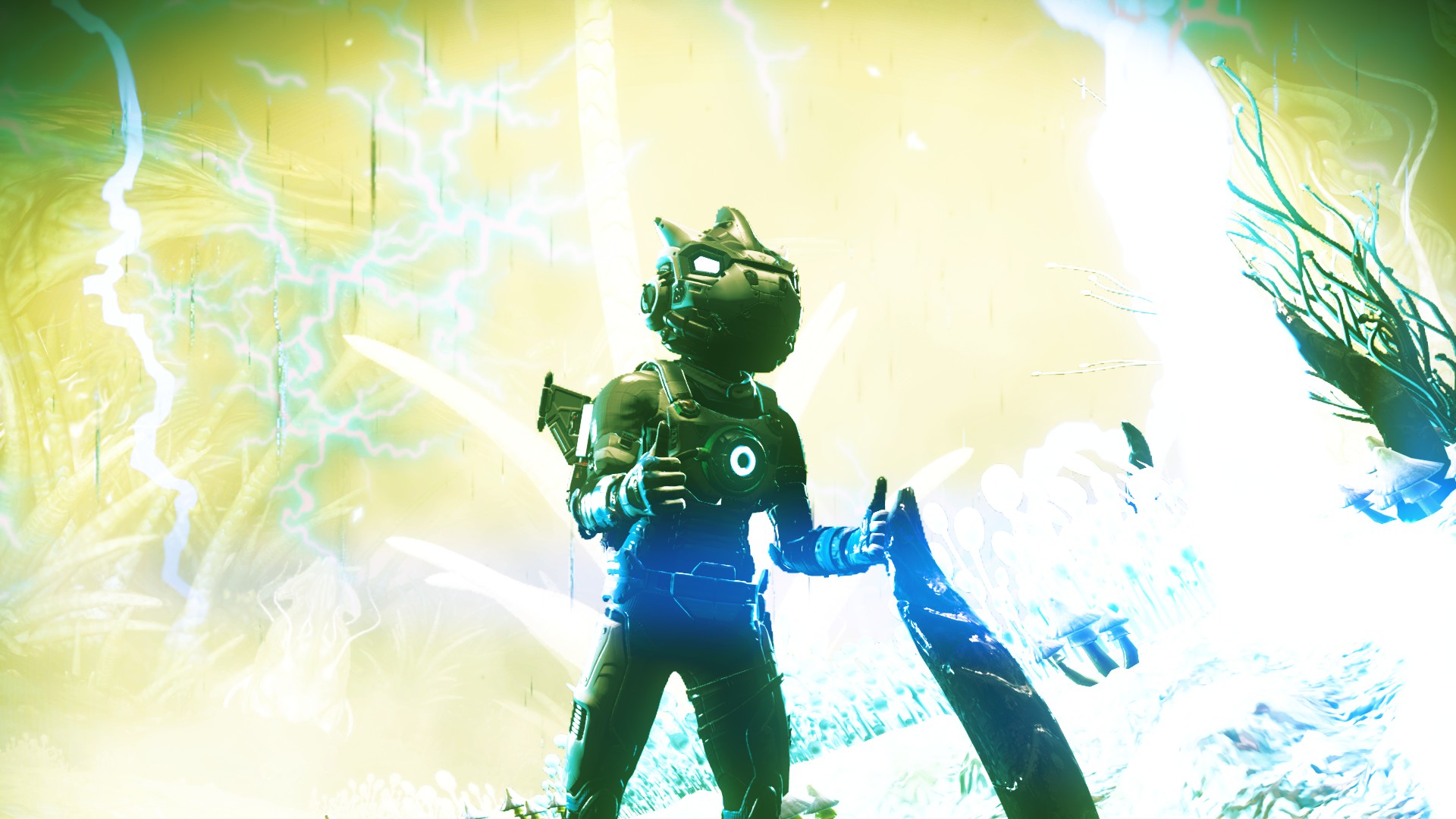 There is a design oversight that allows you to claim the starship you just traded in with an NPC pilot for free, while keeping both starships.


Of course, it’s also helpful for those who wish to reorder their starship collections if it somehow matters (optical nuisances for OCD folks, you know :).


This guide walks you through both as best as I could.

Written and works as of Sentinel 3.84

Make a manual save before doing anything! 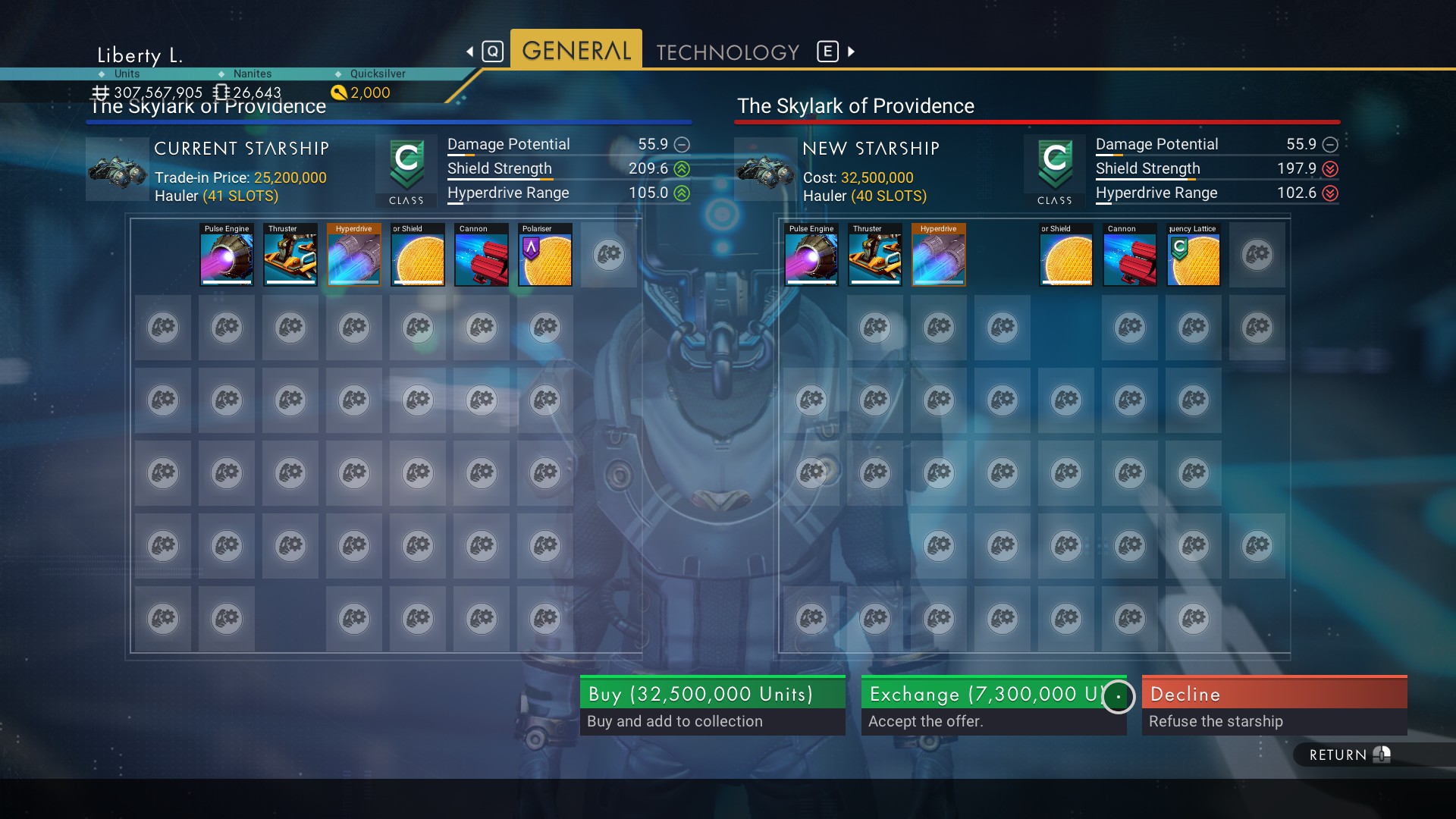 Like how you would normally acquire a new starship, talk to the NPC pilot. Choose 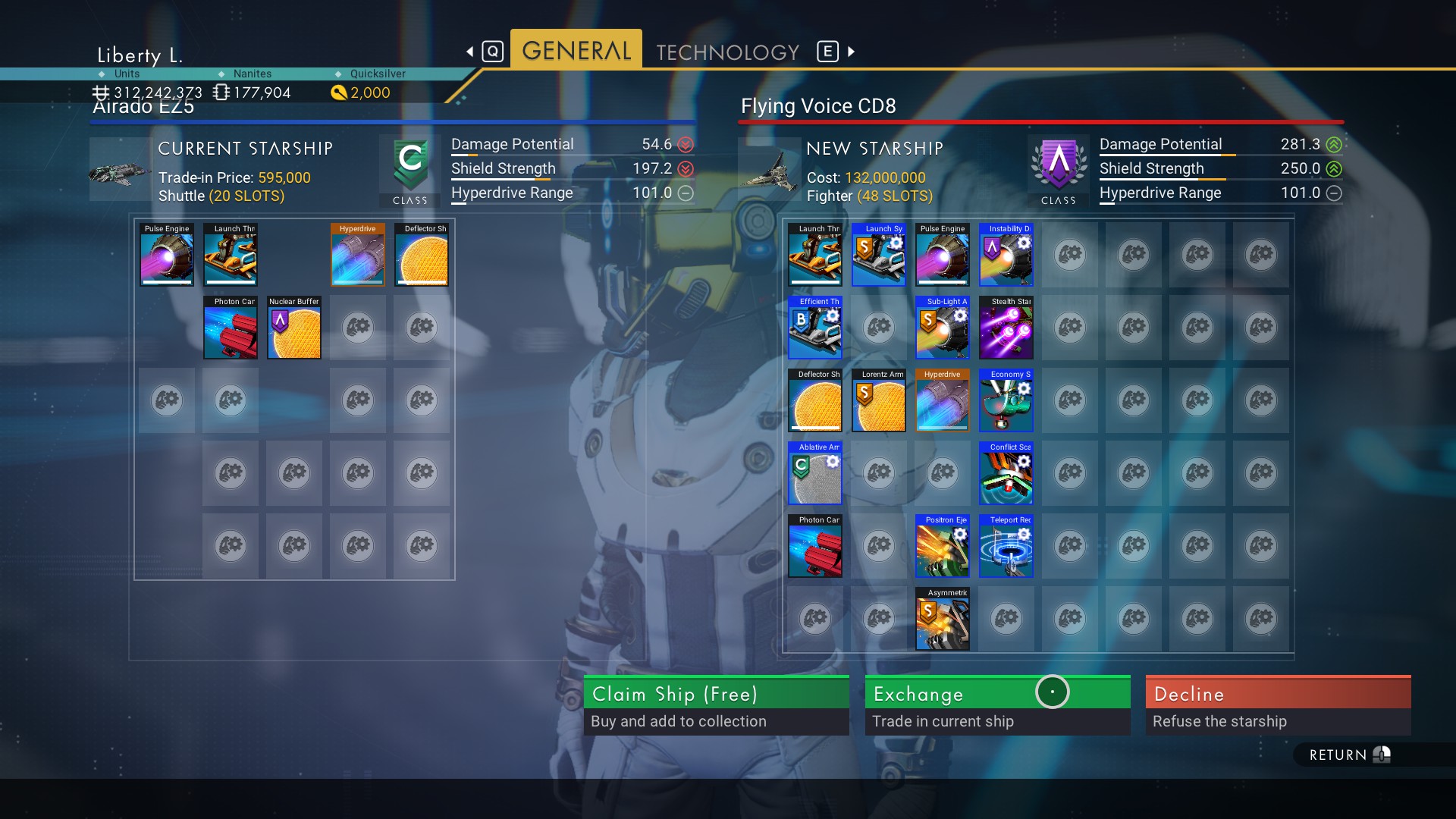 Run back to your old starship you just traded in, next to which the NPC pilot would appear. Talk to them and make the same offer again, you would be able to 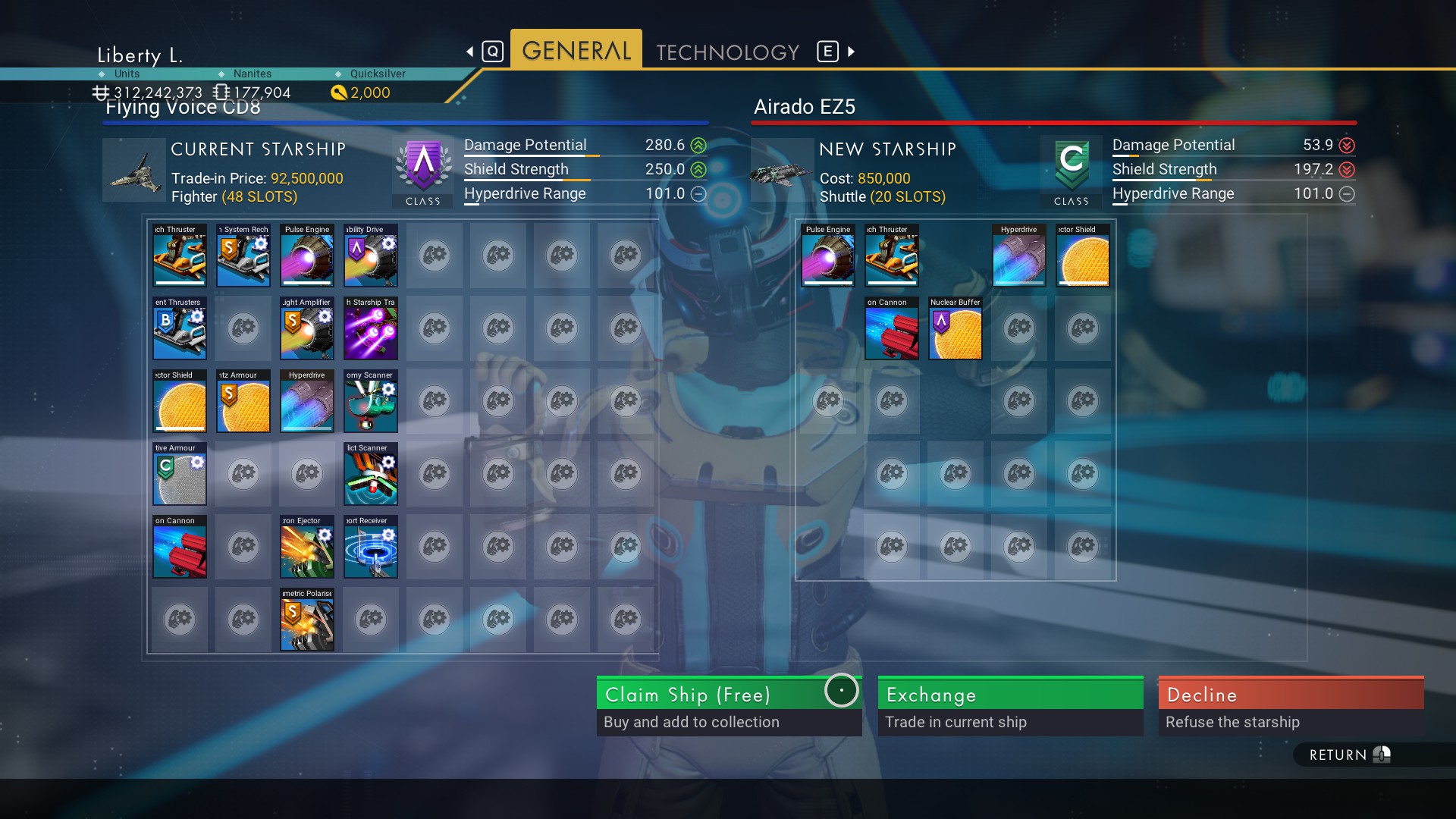 Claiming places your old ship in a new slot, and, replaces its original slot with the new ship.


Exchanging again, then claiming the new ship (effectively salvaging a crashed starship) keeps your old ship in the same slot where it used to be, while adding a new starship.

Once claimed, you would now have a new starship at a discount or no cost at all, depending on your old starship’s value versus the new ship’s.


You can melt it for scraps (Units) and procedural upgrades (Nanites), or keep it if you so wish to.


For more efficient salvaging, haulers tend to be greater in value, systems with high-tier economies spawns higher classes starships more often, it may be more desirable to scam for starships in wealthy gek systems, but you didn’t hear that from me.

Make a manual save before doing any of these!


The same can be done to reorder starships of your own, a less scammy use of free exchanging, you can say. 🙂


With at least one spare starship slot available – you may simply do as the previous section described, which will move your starship to the first available slot (and add a new one).


If you don’t have a slot available however – you may still reorder your starships by exchanging 3 times.

(because it involves multiple owned starships, you’ll have to do it on a planetary trade outpost, preferably with them parked properly on landing pads)

Exchange the (A) starship you wish to reorder with a (C) new starship, 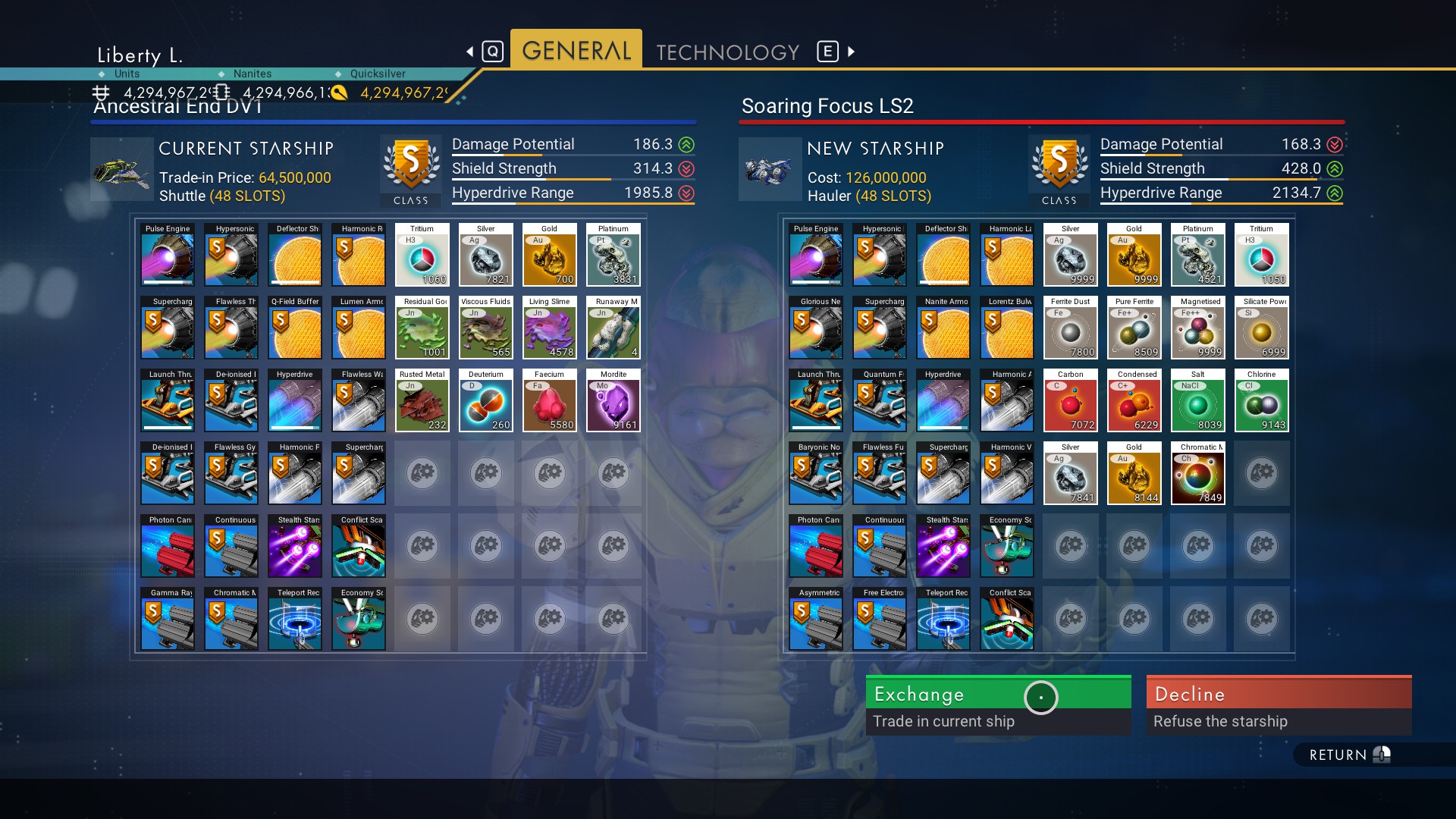 then switch to the (B) other starship you wish to reorder,

exchange it (B) with your (A) now NPC-controlled starship (to move to its slot),

then switch to the (C) new starship

exchange it (C) with the NPC to get “the other” (B) starship back (to complete swapping).


To better visualize this orderly entanglement,

It took me an hour to two to get this guide straight – mathematics had rarely been my thing. But it’s been fun, doing all that, and I hope you’ll have that fun too when you start scamming for starships.


Spread the word, people. May the travelers prosper and the developers realize they had another thing to fix.

Hope you enjoy the Guide about No Man’s Sky – Starship scam: Free ships & reordering ships, if you think we should add extra information or forget something, please let us know via comment below, and we will do our best to fix or update as soon as possible!