A step-by-step guide to configuring the controls for Nickelodeon All-Star Brawl to be more similar to the Super Smash Bros games. This includes a breakdown of my Steam Controller configuration, as well as in-game options.


To keep things simple, I have tried to preserve default buttons whenever possible.

Where to find the Controller Configuration? 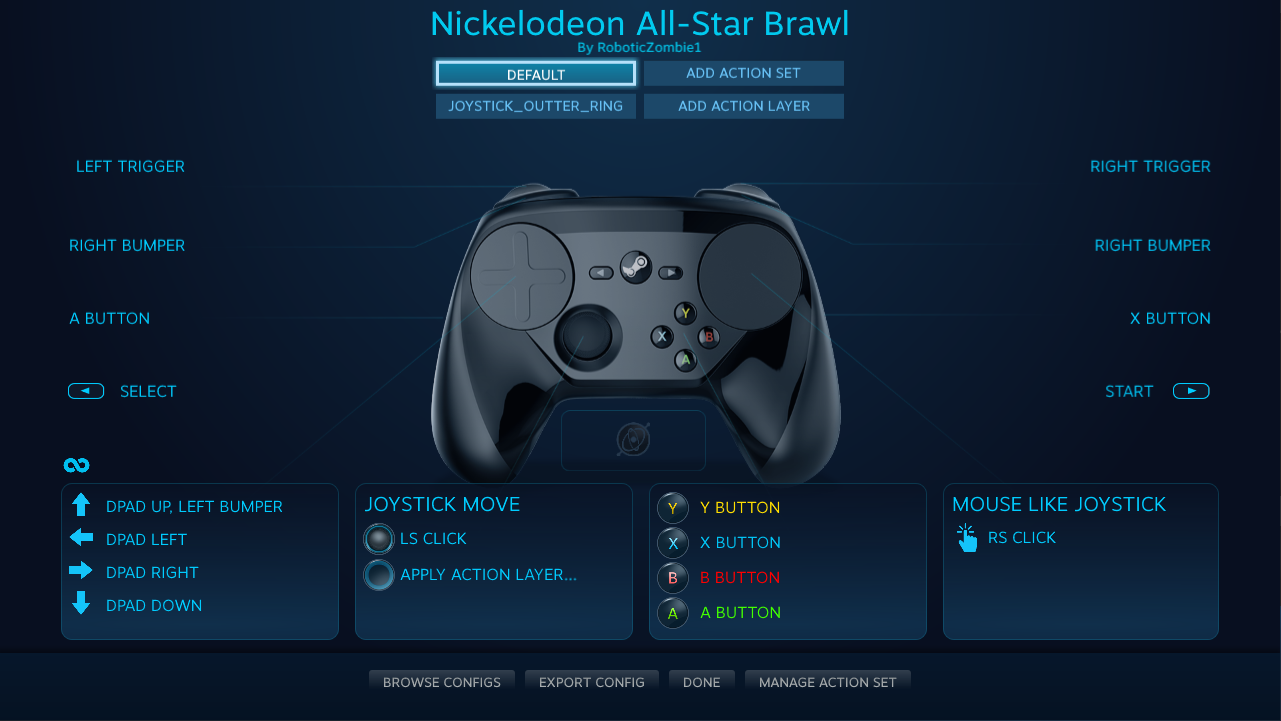 I based the configuration from Steam’s standard “Gamepad with Camera Controls” layout in order to keep things as simple as possible.


Here are the only changes that I made that I thought worked best with the default options from Nickelodeon All-Star Brawl:

What’s in the Action Layer? 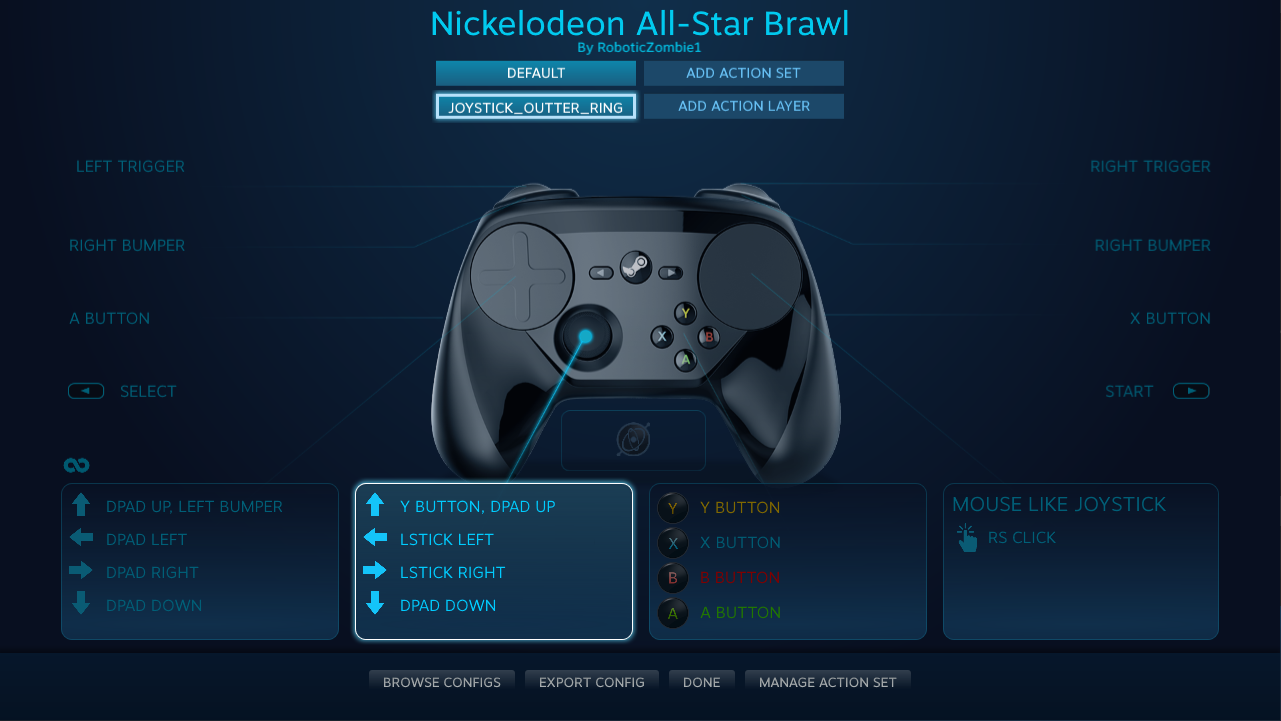 The Action Layer is named “JOYSTICK_OUTER_RING” and it changes the JOYSTICK to function as an “8 Way Directional Pad (with Overlap)”, with the UP Direction sharing the Y BUTTON input for making your fighter jump.


The attached “Regular Press” Activator makes sure that the Y BUTTON input is only activated one(1) time each time the JOYSTICK moves to it’s far top edge. 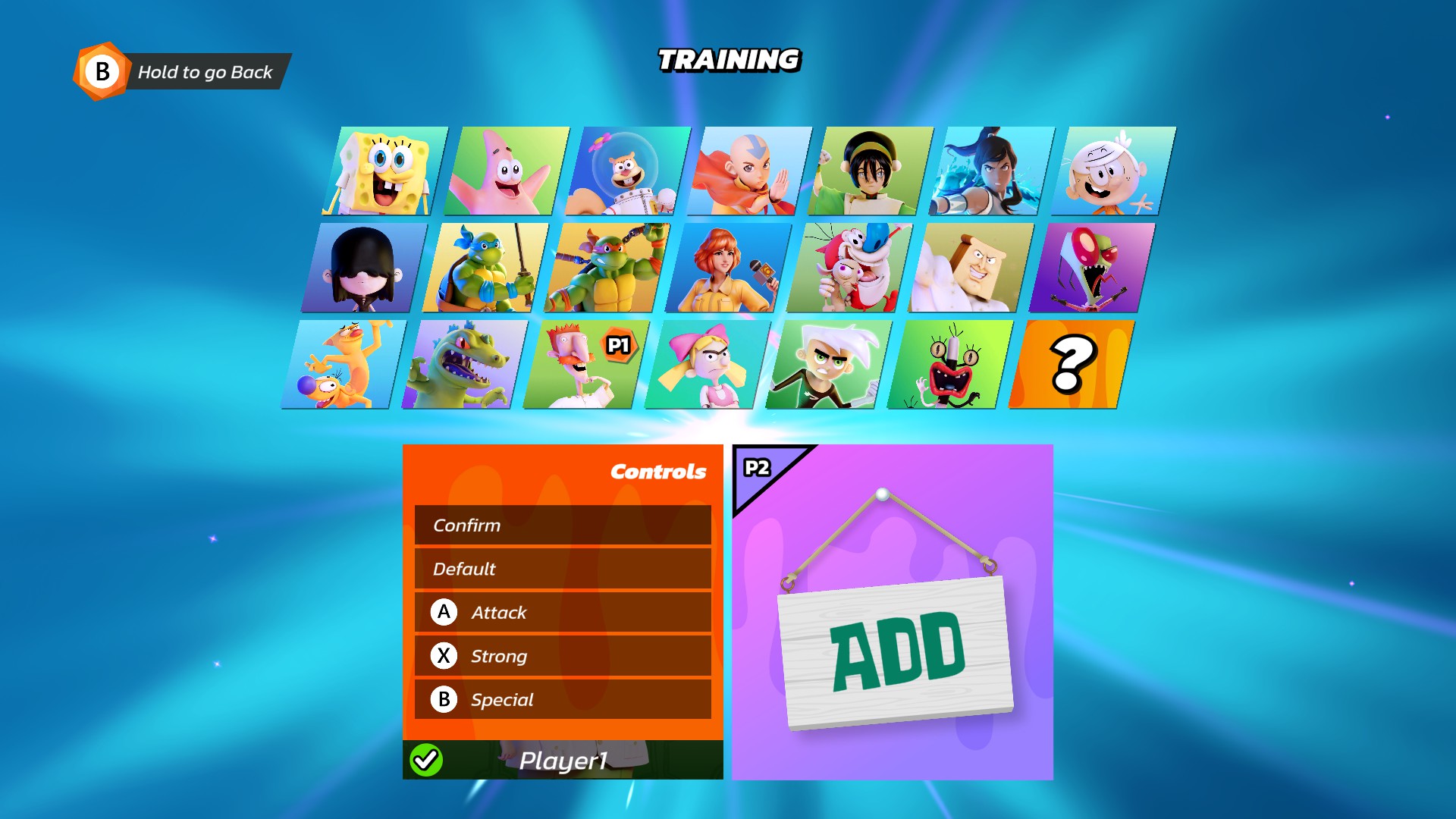 
The only change that I made is:

If you wanted to adjust the precision of the acceptable angles that the JOYSTICK may be tilt in order to make your fighter jump (or apply the Y BUTTON input), you may do so by editing the Controller Configuration and changing the “Overlap Region”.

Adjusting the JOYSTICK Distance for Jumping

If you wanted to adjust how far the JOYSTICK must be tilt in order to make your fighter jump (or apply the Y BUTTON input), you may do so by editing the Controller Configuration and changing the “Outer Ring Binding Radius”.

I hope you enjoy the Guide we share about Nickelodeon All-Star Brawl – Controller Configuration Settings Guide; if you think we forget to add or we should add more information, please let us know via commenting below! See you soon!