A guide showing where to find all Royal Monsters, their weaknesses and what boosts their retreat rates.

Royal Monsters are extremely strong (and angry) monsters that appear much sooner than their “normal” brethren in the story mode of the game.
They can easily one shot unprepared players and their monsties, they can often one shot prepared players as well to be honest 😀
But if you manage to beat em and make them retreat to their den (it’s not automatic, so you gotta work for it) you’ll find their eggs and have an awesome, strong monsters added to your party.

Read on to see where you can find em, tips on their weaknesses and what to do to boost their retreat rate (other than hitting em with a Paintball of course). And while this isn’t a tactics guide (Youtube can show you way better) I’ll put some notes here and there that might help you. 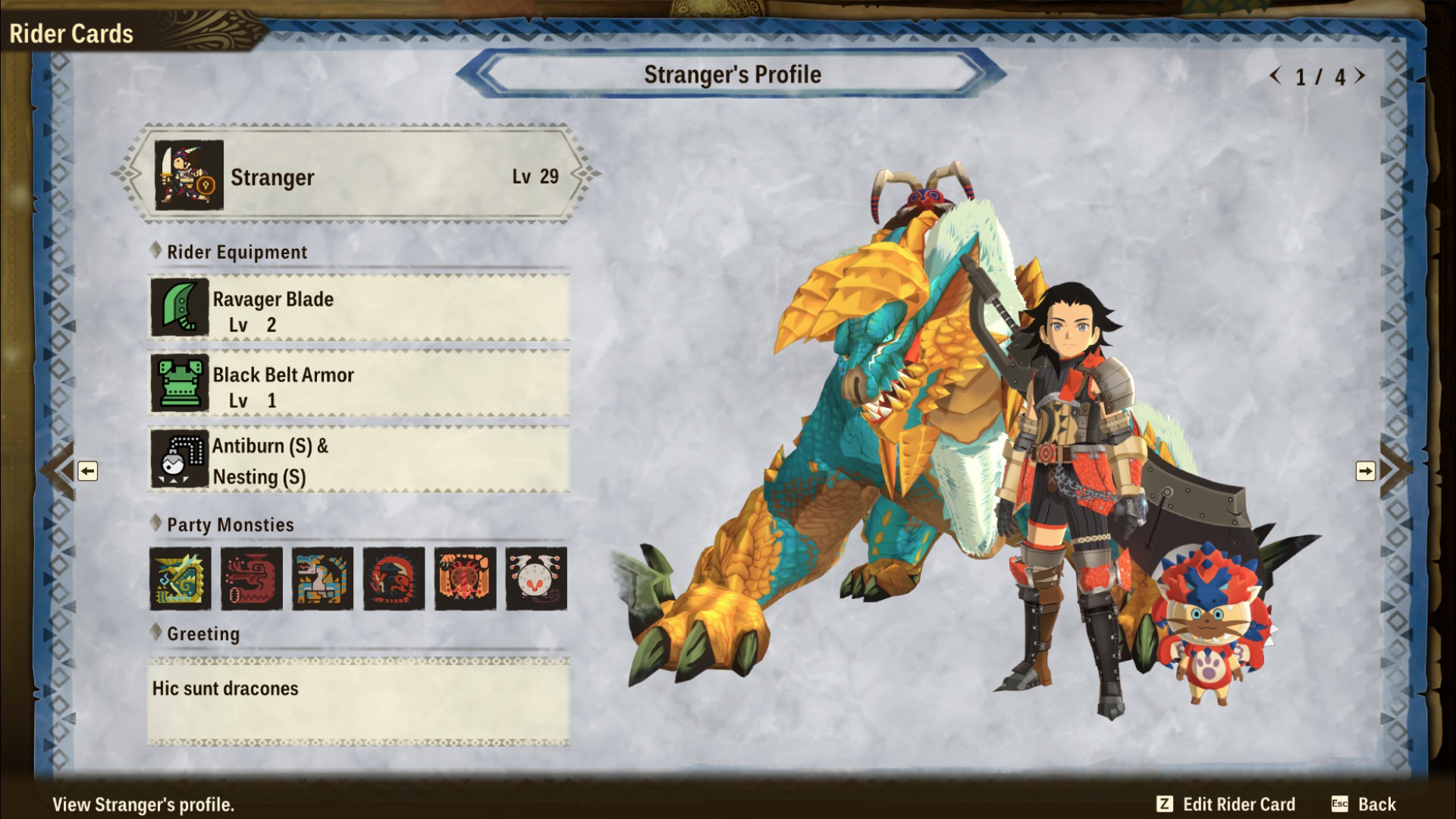 LOCATION: there’s three in the Alcala region but the easiest one is right by the catavan called Harzagai Hill-Inner. Just coast the Basarios area on the right and you’ll find it inside a short offshoot. Here’s the exact location. 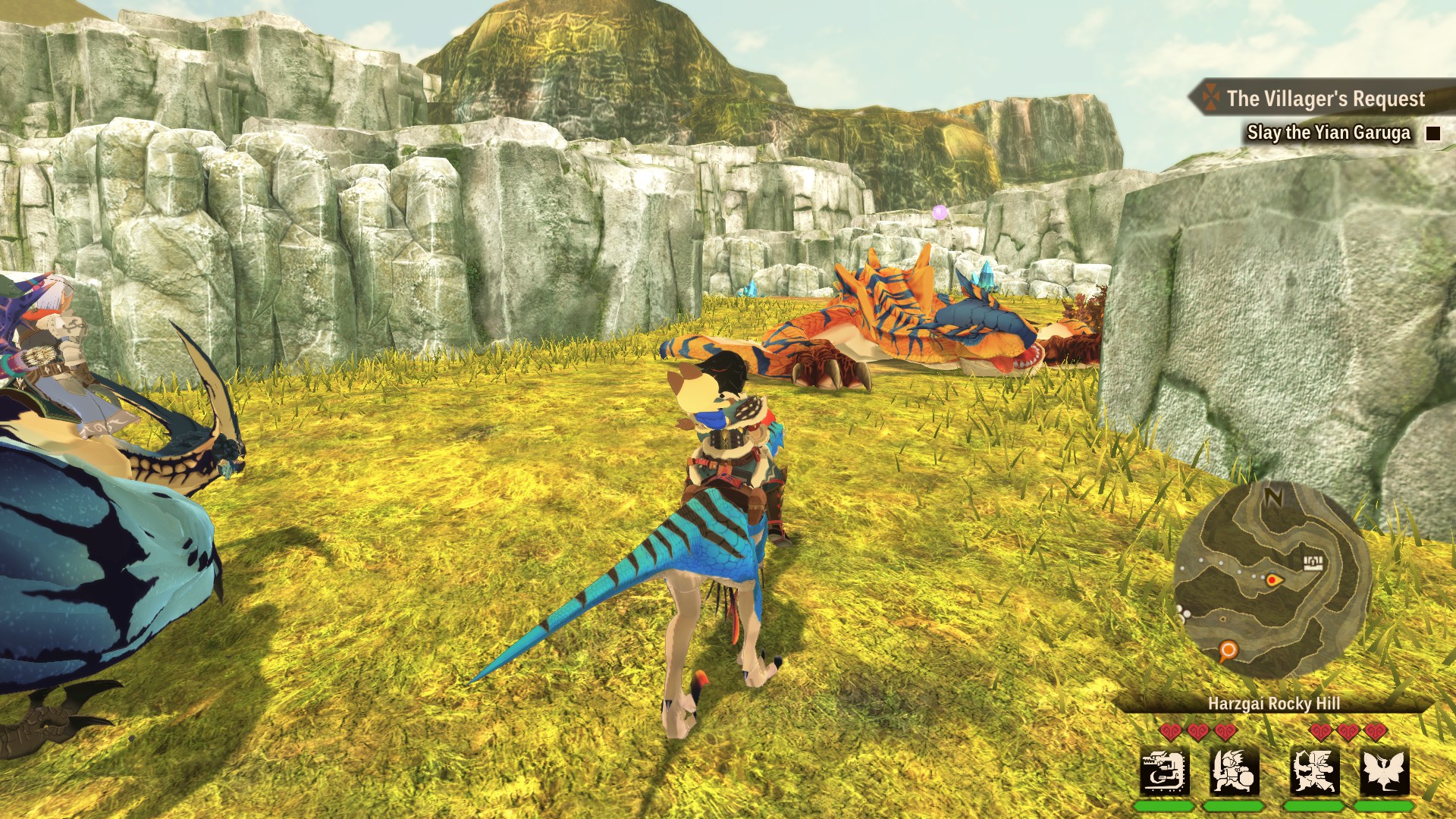 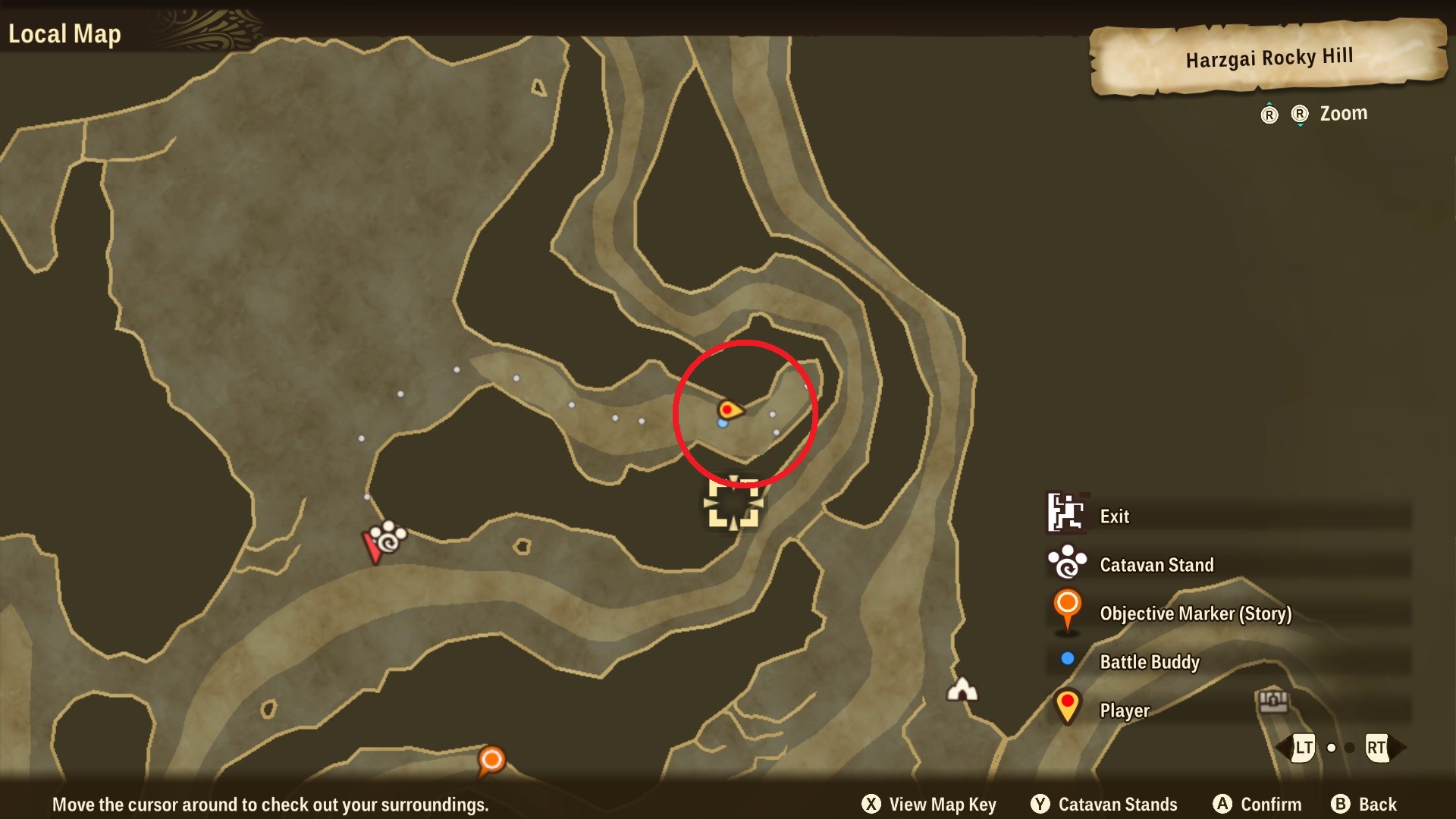 HOW TO BOOST RETREAT RATE: trap it in a shock trap and break its head with a greatsword.

MY NOTES: seems you can’t actually trap it while he’s enraged and using the power attacks you’d need for the shock trap to work, so no idea what they’re on in it’s description.
I’ve read one person claiming they got the “retreat rate boosted” message by breaking the head with a sword while using a pitfall trap (those work since he’s not enraged when using speed) but I can only tackle it with a partner right now which interferes with my testing, lemme know if anyone has tried this!

LOCATION: this one is also very close to the Inner Harzgai Hill catavan, just coast to the left of the map and reach this area and find it sleeping right in the middle of the path. 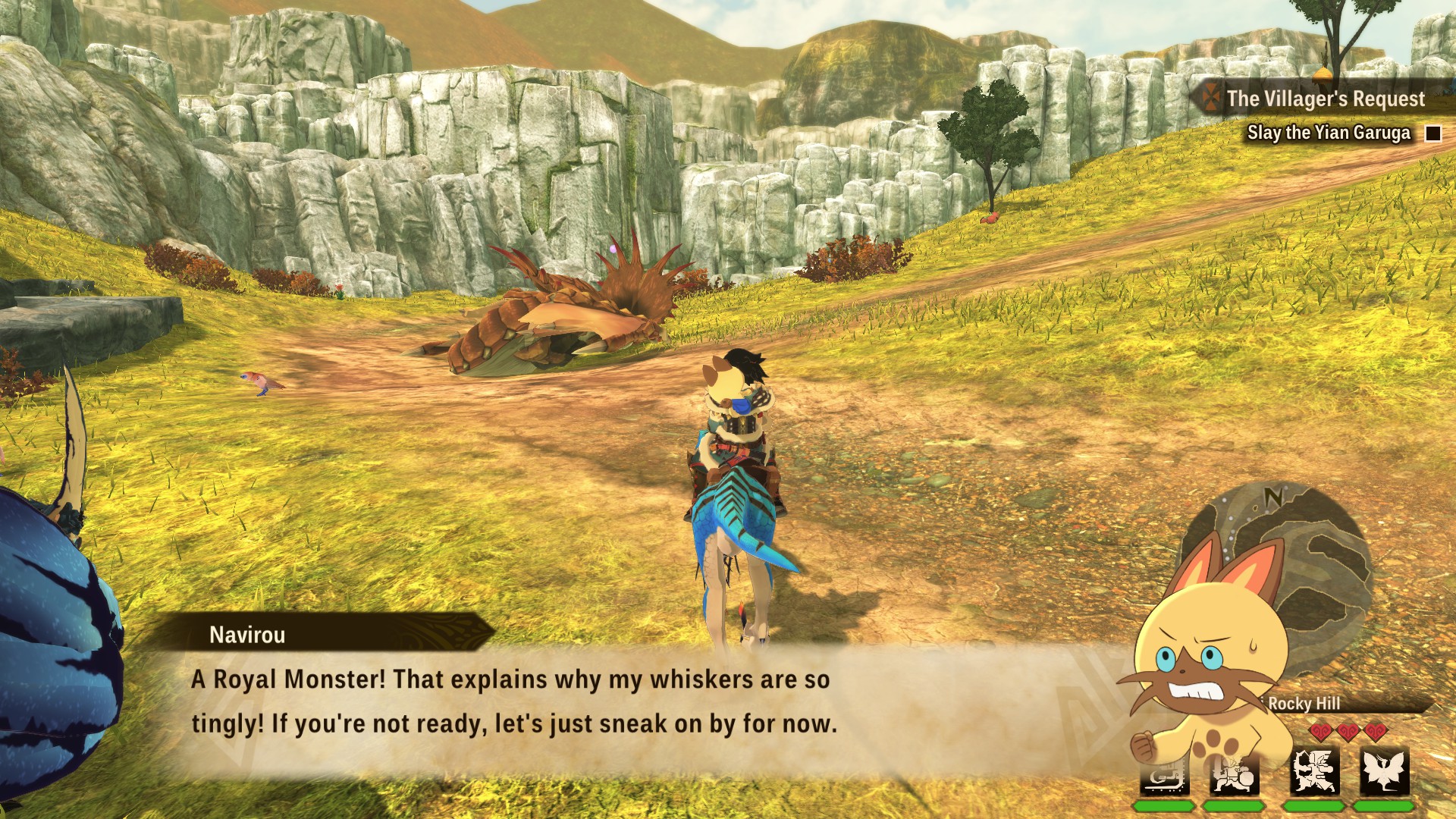 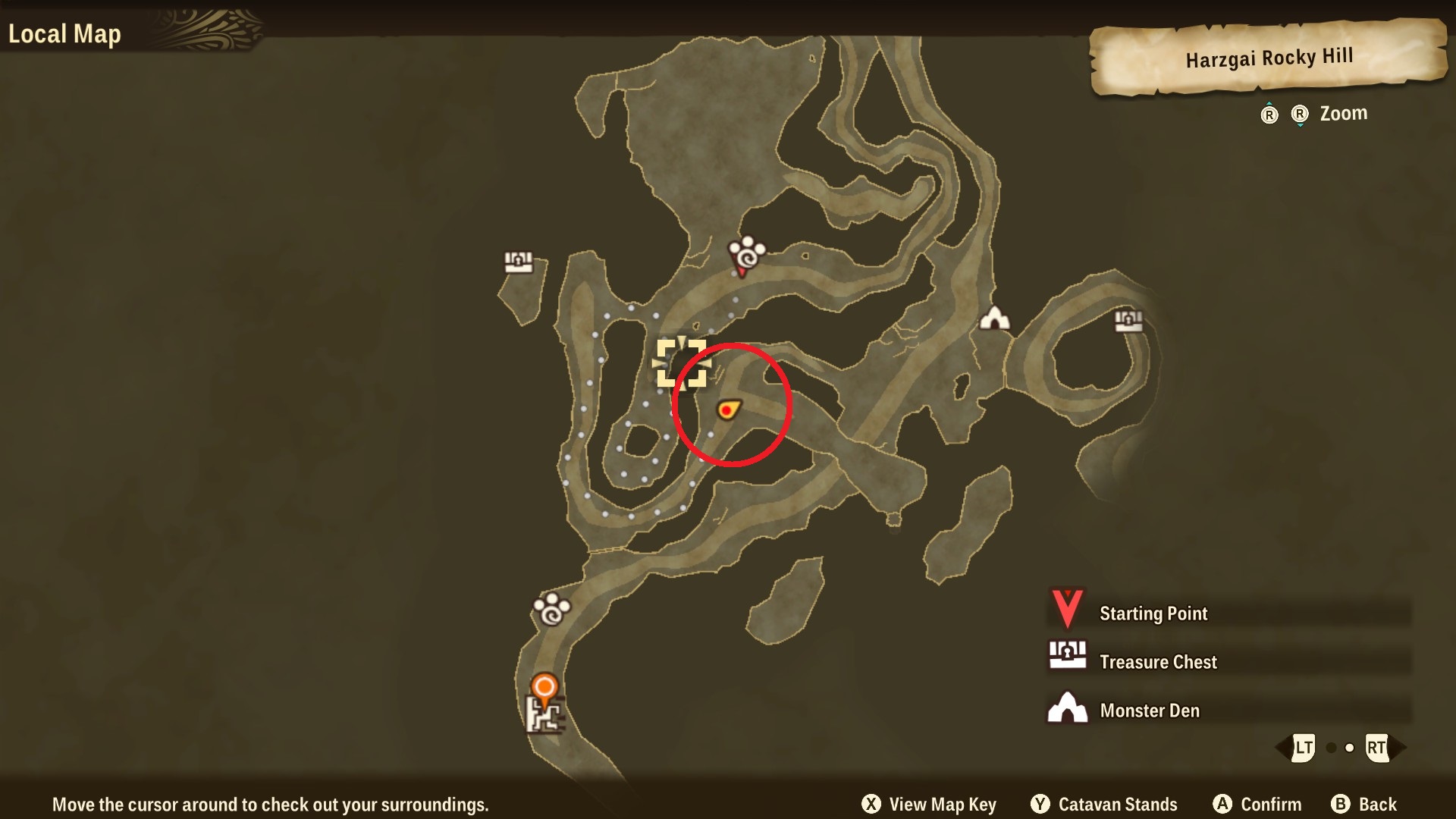 HOW TO BOOST RETREAT RATE: defeat it using sword and shield after paralyzing it.

MY NOTES: this one is pretty easy, imho, as long as you can tank/ evade his attacks while it’s submerged.
Alternatively you can use sonic bombs or similar effects (Blast skill from Horn should work) to make it gtfo and stop hiding in the ground 😀

LOCATION: this guy is so big it’s hard to miss, you’ll find it right by the Woodland catavan point. 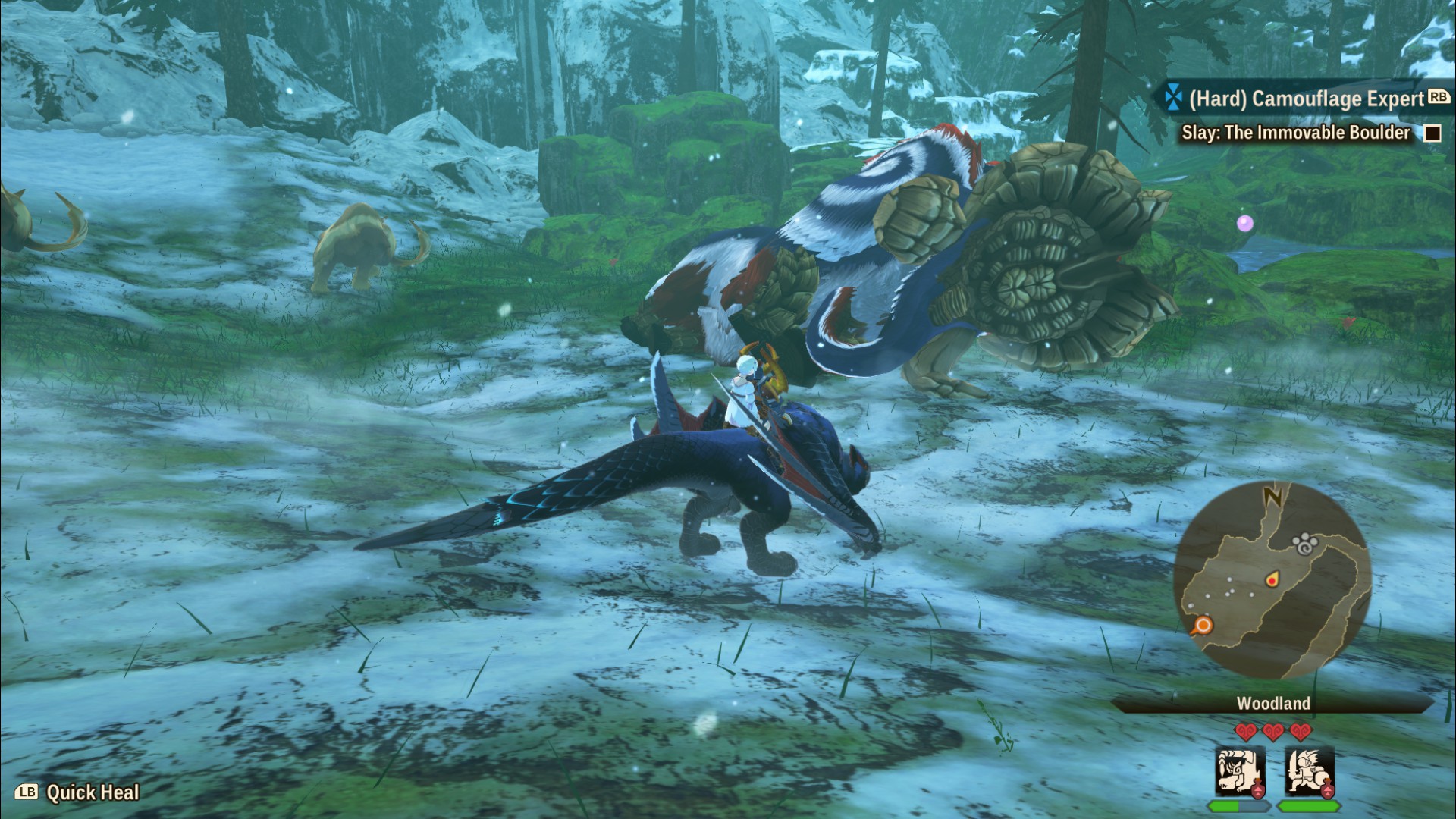 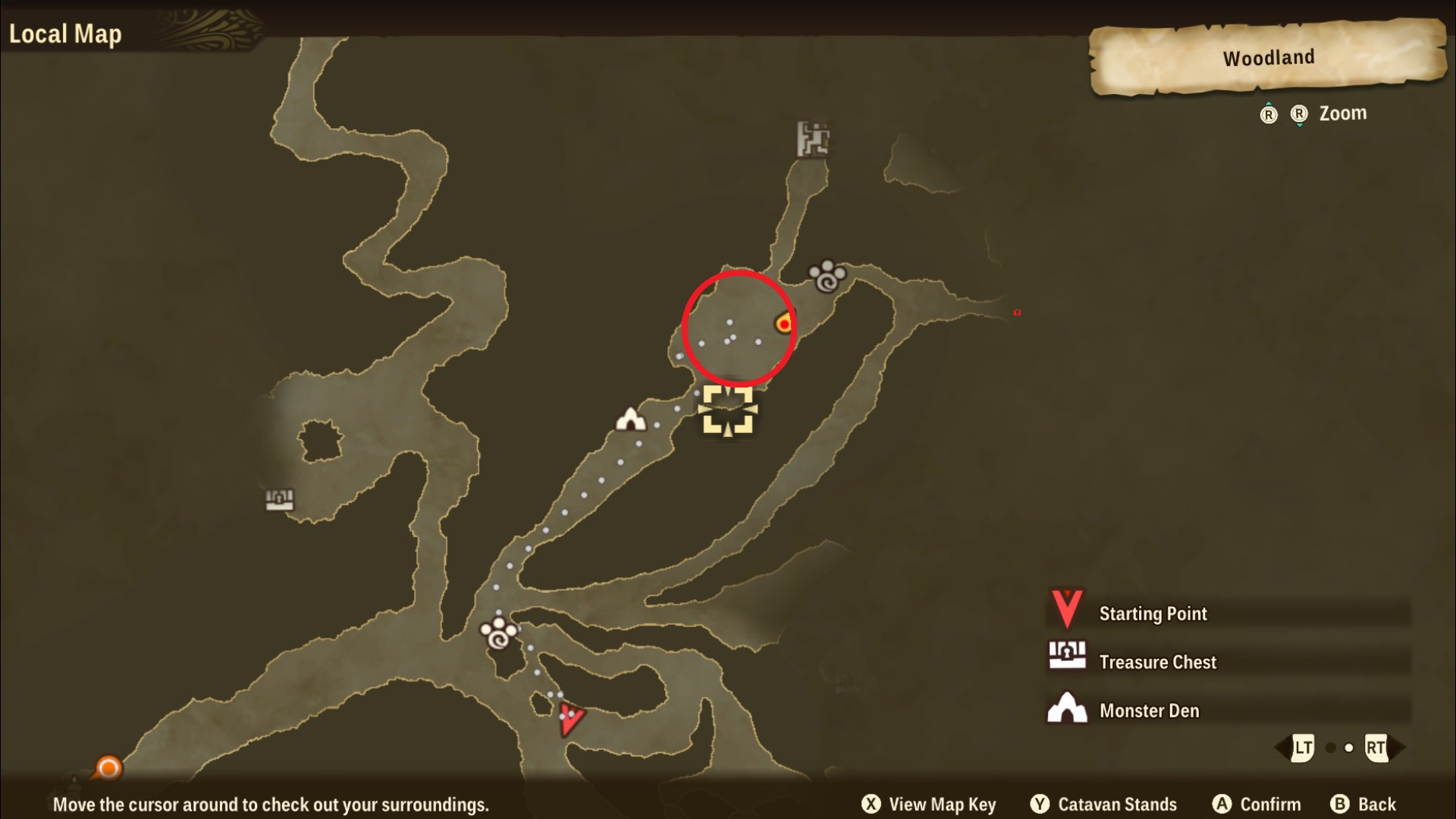 HOW TO BOOST RETREAT RATE: Use a Glavenus Kinship Skill to defeat it.

MY NOTES: while it may seem imposing this one is actually easy to cheese as long as you have a decent speed monster, can get your kinship ready and have no npc partner to mess your plans up.
Basically it only uses power and two skills so spam speed attacks to get double attacks in, dealing good damage and charging your gauge up.
The first time you see it using a skill (you’ll know as it won’t be targeting anyone) just attack normally and let it cover itself in snow, after that it’ll attack a few times (always power, so keep using speed) then stop again for another skill.
This one is a big AoE that’ll one shot you so what you have to do is ride up your monstie but DO NOT use the kinship skill, if you do that it’ll cancel the big AoE but you’ll dismount and get facerolled in the next turn when the Gammoth does it again.
DO attack normally and let it hit you, you’ll drop to 1hp but you will not be KOed and can get simply rinse and repeat this again and again until you win.
Also note you can’t get KOed in head-to-heads if you use the correct element, so as long as you keep spamming speed and react accordingly to the two skill moves you don’t even have to heal.

You’ll find this chonker sleeping it off on the path after the Lavina Glacial Peaks catavan. 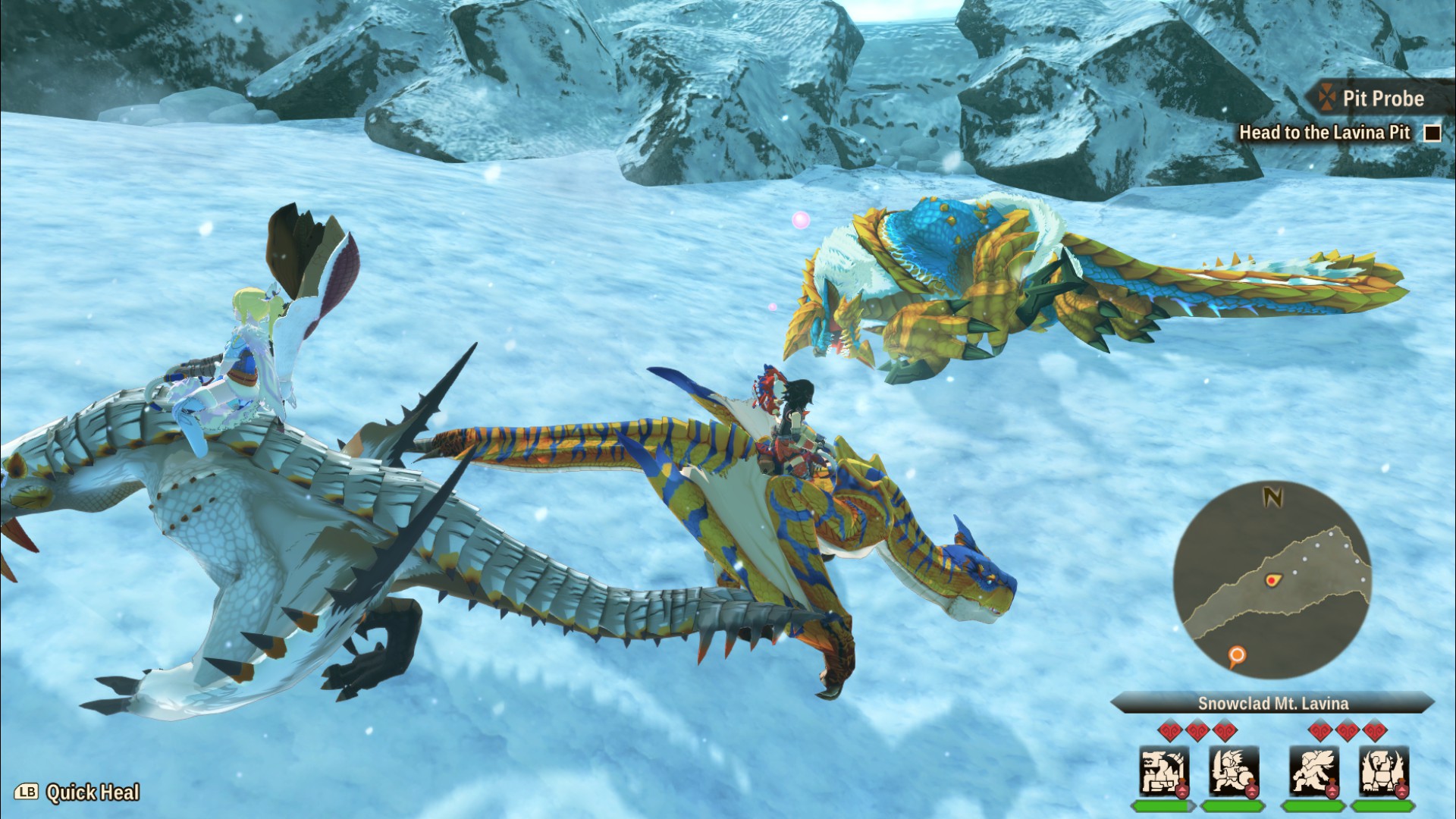 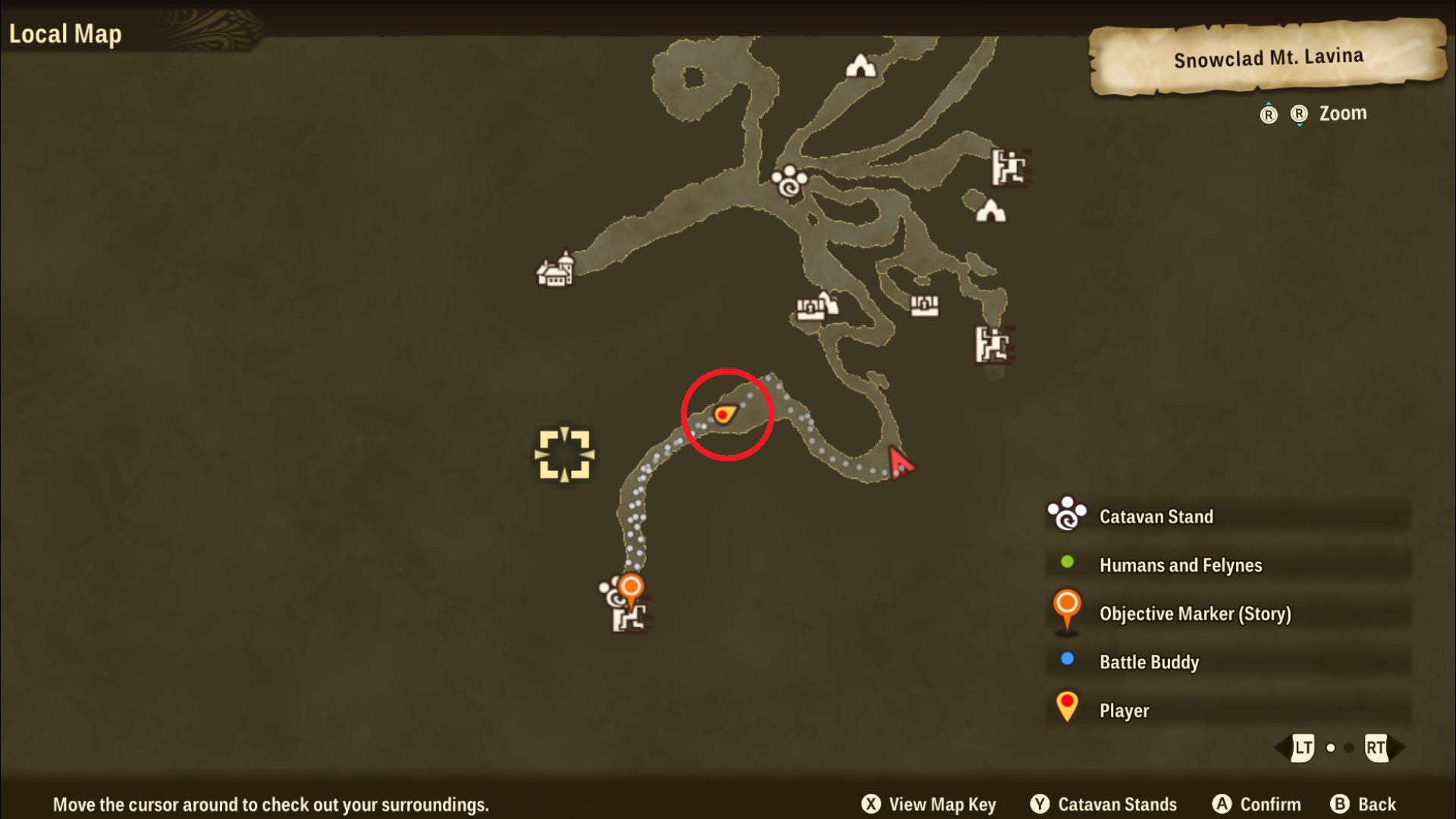 HOW TO BOOST RETREAT RATE: defeat it using Ice element attacks while it is affected by Blastblight.

MY NOTES: Remember to pop an hot mist if needed so that you don’t suffer from frostbite and skip turns, that’s NOT something you want when fighting a Royal.
Seems to be using all possible attack types, Speed as standard, Technical after using Charge Up,and Power if it supercharges.
Charge and supercharge will soon be followed by a lightning attack that hits two targets for a good amount of damage, but as long as you can tank/ avoid/ interrupt it this one doesn’t seem to be too bad.

LOCATION: once more this one sleeps near a catavan stand, it’s right next to the Sadona Barrens one. 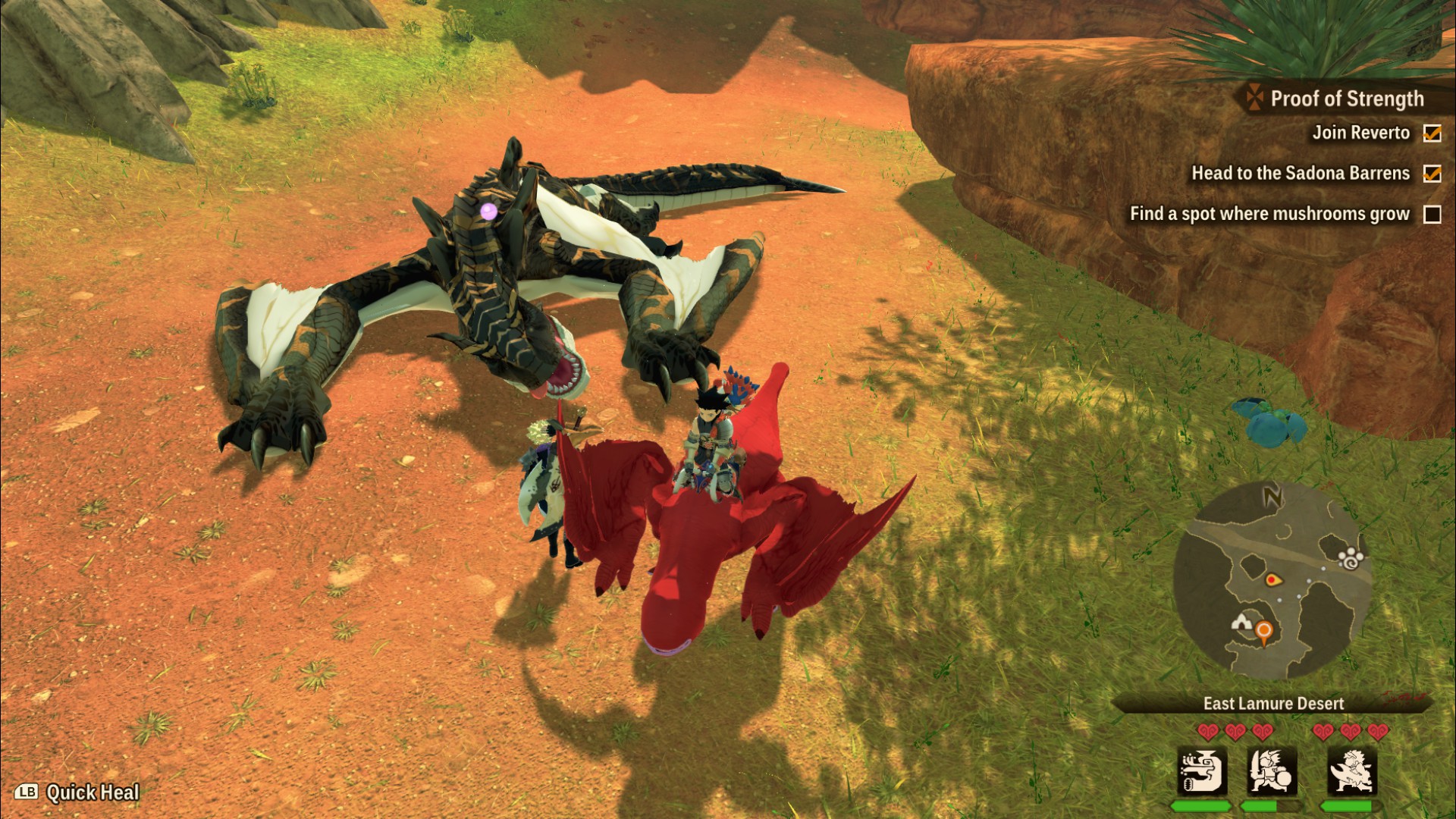 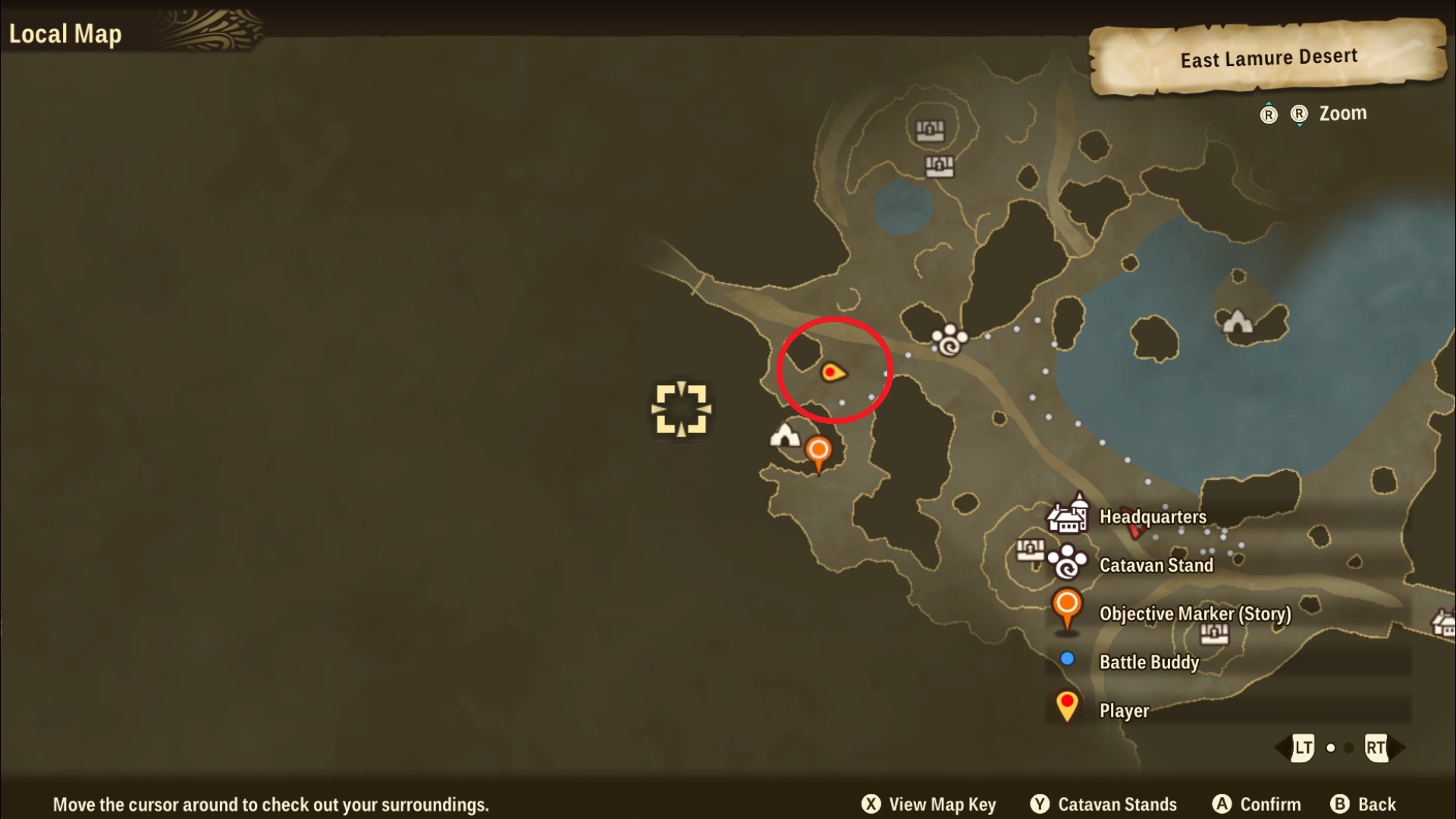 HOW TO BOOST RETREAT RATE: get it stuck in a shock trap and break the head with a hammer.

LOCATION: it’s at the end of a narrow path just north of the Jalma Highlands catavan stand. 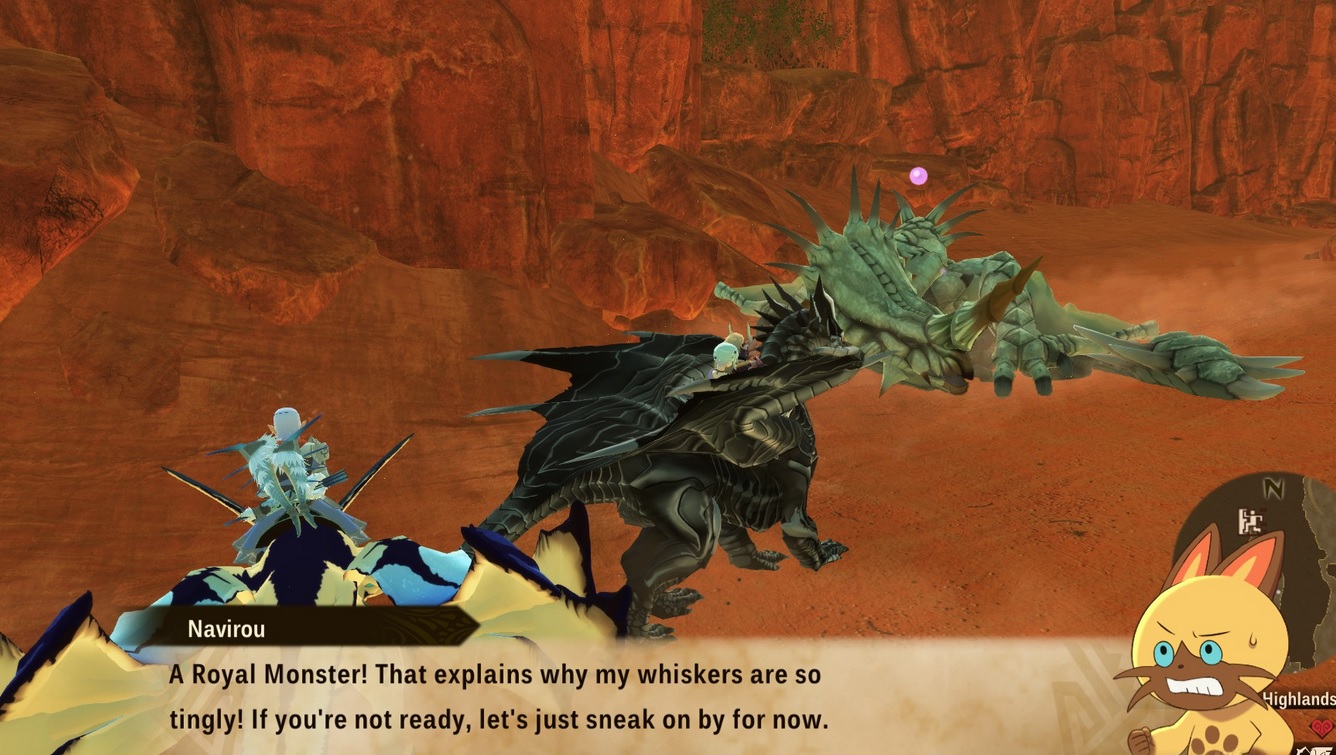 HOW TO BOOST RETREAT RATE: defeat it using a bow after paralyzing it.

I hope you found this guide helpful, if you did please give it an upvote to make it more visible to others!
If you spot any mistakes or wrong info please lemme know in the comments.
Good luck hunting these chonkers and may all your eggs be heavy and sparkly. 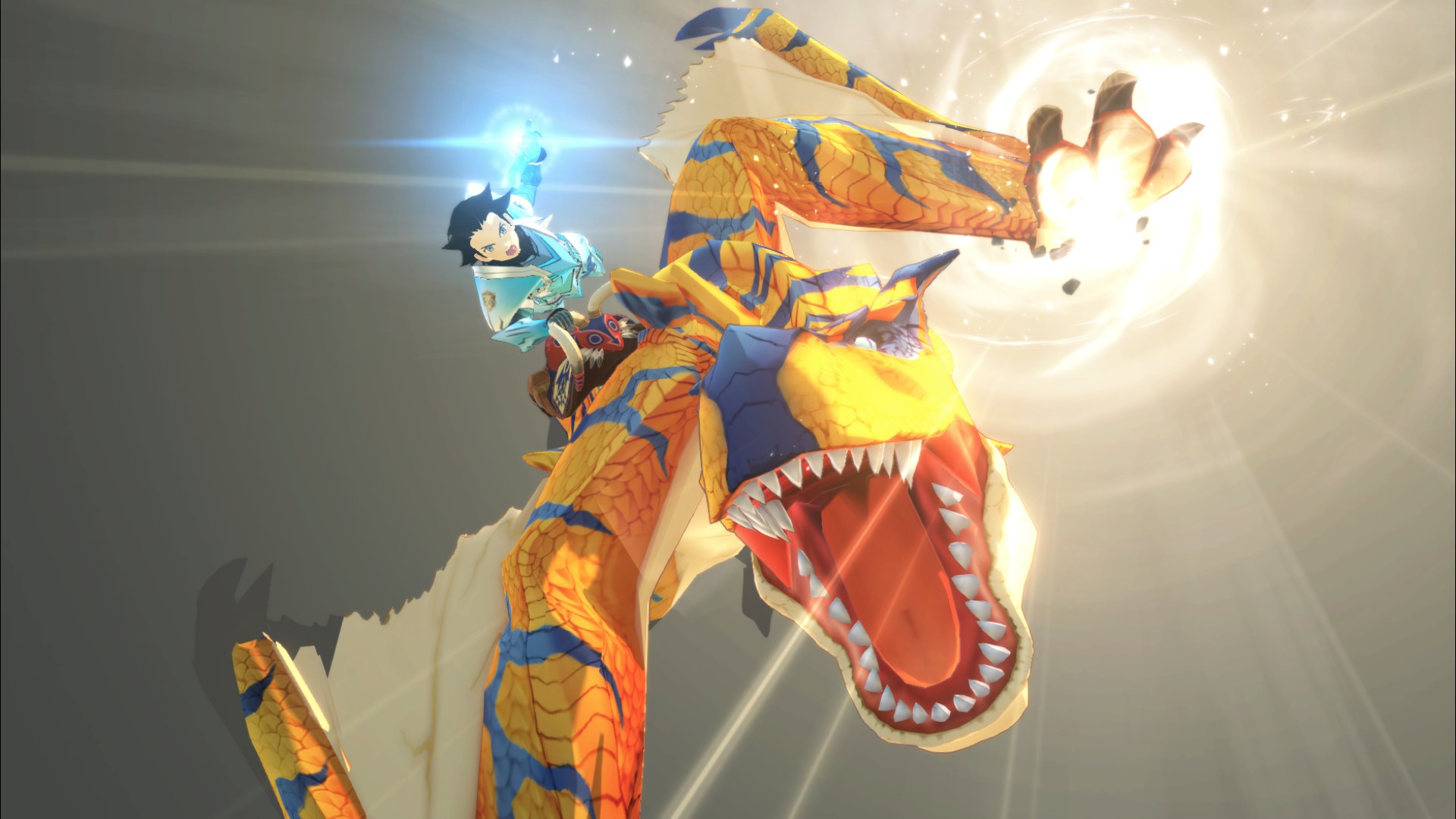 This is all about Monster Hunter Stories 2: Wings of Ruin – [Tips] All Royal Monsters Location Guide + Abilities + Weaknesses + Retreat Boosts; I hope you enjoy reading the Guide! If you feel like we should add more information or we forget/mistake, please let us know via commenting below, and thanks! See you soon!