A short Guide which addresses the common Save Game issue

This guide exists for references purposes.

Hopefully the issue will be fully resolved at some point after 3.6.1.1

At the moment it is suspected that some part of the game’s software might lead to an easy corruption of the save games, disallowing players to continue. This guide offers a workaround and hints how to prevent such worst case scenario which is known since release of the game.

Game worked fine before and all of sudden on the next start it says that there is no save available and the game needs to create a new save game.


There is a high chance it happens to people who have had issues with the game before.

Please check also the official announcement in regards of the initial matter.


Regarding an issue preventing the game from saving on initial bootup

1. Cease immediately what you do, and keep the game open.

Do nothing which could trigger a Steam Cloud synchronisation, for it could erase your last hope if you did not make backups before.

from your remote storage aka Steam Cloud which you can find here: https://store.steampowered.com/account/remotestorageapp/?appid=1446780 – [steampowered.com]


The files you want are


When downloaded they keep the folder structure as part of their file name. Like


which you need to rename to data001Slot.bin and so on.


From now on we will refer to that save game you downloaded as “Default Remote Backup”.

You cannot tell by the sizes of your default remote backup whether the files are corrupted or not. Whether you create a new save game or use your old one with all the progress – by size they look the same. You can only hope that it has not synchronised with your local files which are having an issue right now.

3. Despite the local files seems corrupted

let us still make a backup of them. Copy and backup the folder ..\Steam\userdata\yourID\1446780\

My Steam folder is located on a special SSD dedicated to games only. If you kept the default settings during installation of Steam, you might find yours at your OS storage drive within


Make sure to look for your actual ID and not the template “yourID” in this example.


From now on we will refer that save game you backed up locally as “Local Backup”.

within the ..\Steam\userdata\yourID\1446780\remote\win64_save folder. We want to force the game’s save game memory to be blank, so it will not corrupt the save game again when we work on the workaround.

5. Run the game as administrator and create a new save game

with a new character, new Palico and a new Palamute. Default setups will suffice.


Run that save game for a little while e.g. until you talk to Fugen, to ensure you made a proper new save game. Close the game properly via the ingame menu.

6. Now we want to override the new save game

with the default remote backup.


Override the new save game files in the ..\Steam\userdata\yourID\1446780\remote\win64_save folder with your default remote backup.

7. Start the game again as administrator

and select the save game slot you made before. It might look like as if nothing changed at first.


Save the game properly and quit via the ingame menu. Then restart.

If you did everything correctly

your freshly made save game is now overridden with your default remote backup. Considering this workaround is tested with positive feedback from a significant high number of players throughout the forums, you might be out of luck if it did not anything for you. There is no guarantee that your default remote backup has not been corrupted yet, and there is no other way I know of to check that matter.

As simple as it sounds, you could make a backup of your local save game after each session. Make sure to keep at least the backups from your previous two sessions, so you would not run into surprises when it turned out that your last save corrupted your save game overall. 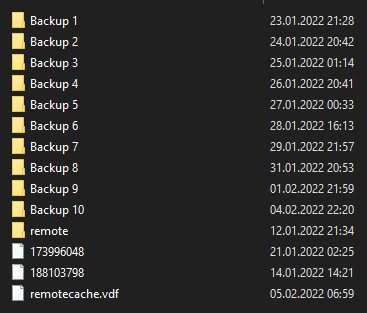 Set up a (free) cloud service app to synchronise your save game folder, with version changes to be saved enabled. With new services allowing you to save multiple versions of the same file, you would be able to rollback a certain degree. That would be a significant difference in comparison to the default remote backup storage aka Steam Cloud for Monster Hunter Rise.

So far it is unclear what actually causes the issue to begin with, due lack of detailed feedback and reports. There is, however, a very high chance that people who had issues before with creating a save game to start the game to begin with are most likely to be affected by the issue.


In addition to possible official statements and fixes it is recommended to go through the same recommended steps as before, such as ~

I hope you will never need this.

Currently the Save Game structure is known as this

Contains information about your characters’ customisations

There seems to be a hard separation, based on the hard coded structure of the save games, between them and what you can find in

(path might differ depending on your Steam Library Settings) 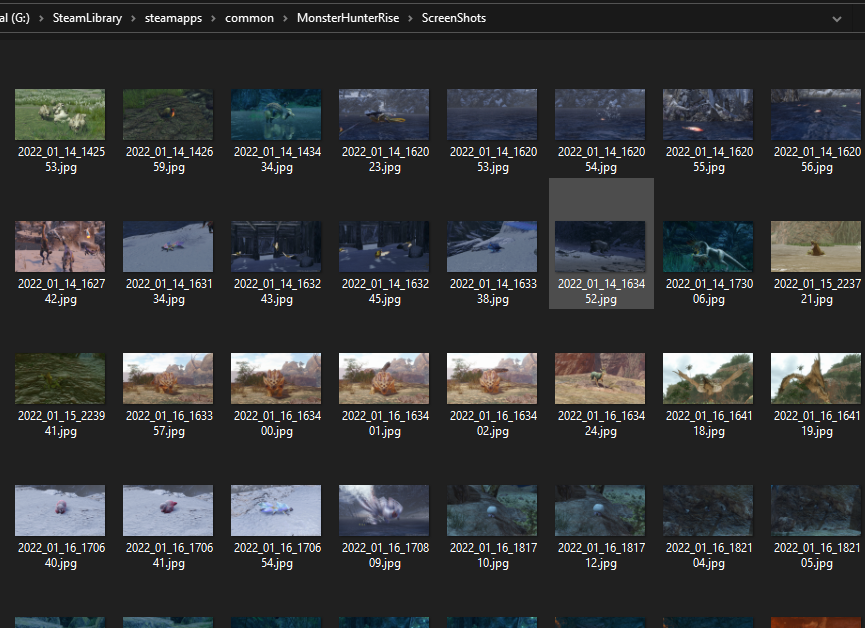 These information must only be used within the mentioned actions of this guide to prevent and recover save game losses. For any further usages please refer to Capcom.

Sorry for my bad English, as it is not my native language.

This is all about MONSTER HUNTER RISE – Save Game Loss + Recovery & Prevention; I hope you enjoy reading the Guide! If you feel like we should add more information or we forget/mistake, please let us know via commenting below, and thanks! See you soon!