The rooms marked with F, S, T are the boss rooms (there are also bosses in other red rooms). These bosses give you one external (environmental) ability when you defeat them. These abilities are required to proceed to previously inaccessible locations. To access the final location you need to reach F, S and T bosses and gain abilities from them – that’s the goal for the main game.

2.1) Defeating F boss gives you access to boosting orbs. They allow you to move extremely fast, but you won’t jump further. 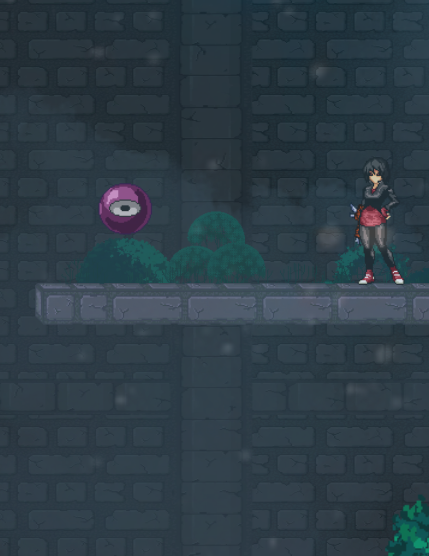 2.2) S boss unlocks “spirit form” orbs. While in spirit form you can fly, activate laser switches and press butttons. In this form you’re constantly flying forward – press or hold left and right to control your direction 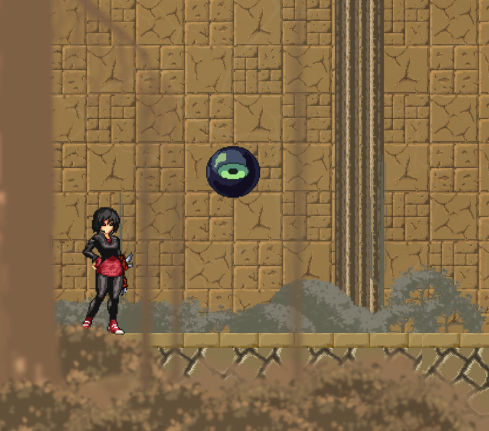 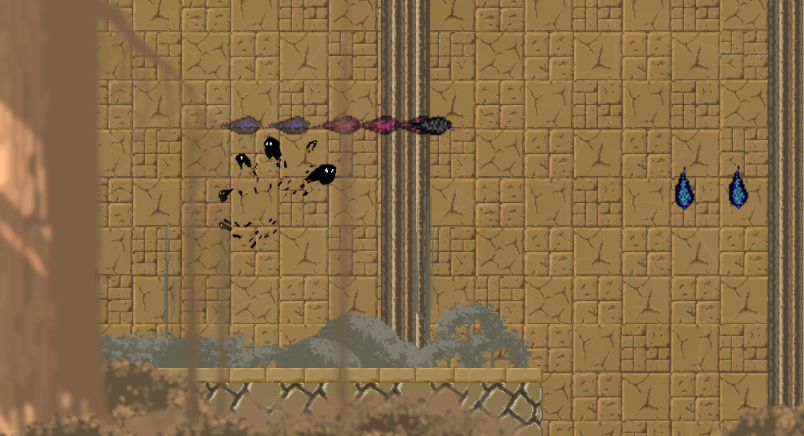 2.3) Defeating T boss allows you to use gravity pads. The way you jump on a pad affects the height of your following jump. Simply fall on it to do a regular bounce or press Down+L (Dive Kick) to bounce higher. 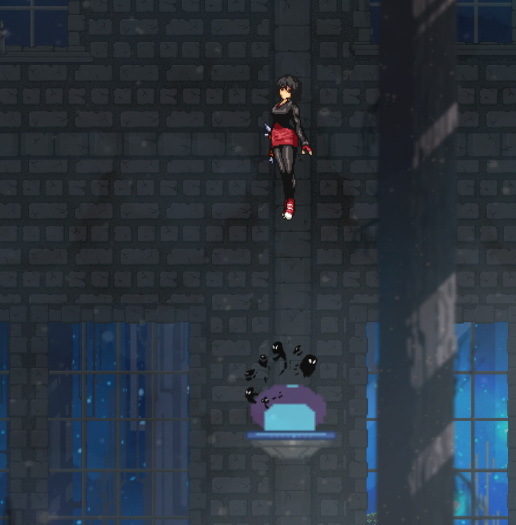 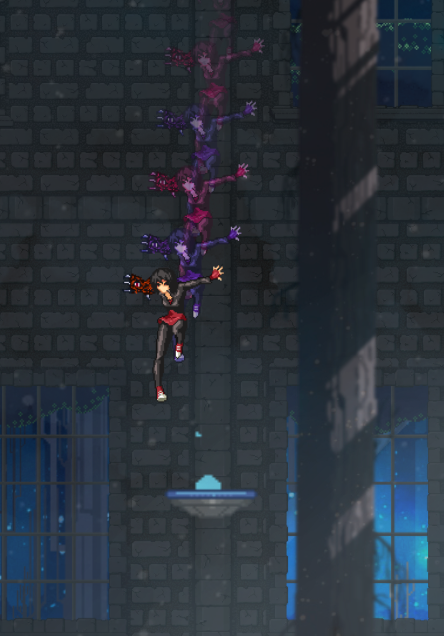 By attacking enemies using melee or by killing them and their projectiles you restore your health and energy (you don’t have lifesteal on Maya Must Die difficulty mode).

Energy is the yellow bar located below your health bar. It’s spent on the skills like Dive Kick or Dash. It regenerates automatically but you can fill it faster attacking the enemies. You can’t just rely on automatic regeneration during battles as that way energy wouldn’t be enough for constant usage of certain moves.

Melee is one of the primary ways to deal damage. You can instantly destroy small projectiles by hitting them once. Or you can destroy large projectiles if you dealt some damage to them before your melee attack.

Using the Dive Kick move (Down+L in air) allows you to:

– Bounce off enemies and their projectiles (dealing heavy damage);

– Jump higher on a gravity pad;

– Destroy the eggs (they can also be destroyed by killing a bird right above the spikes); 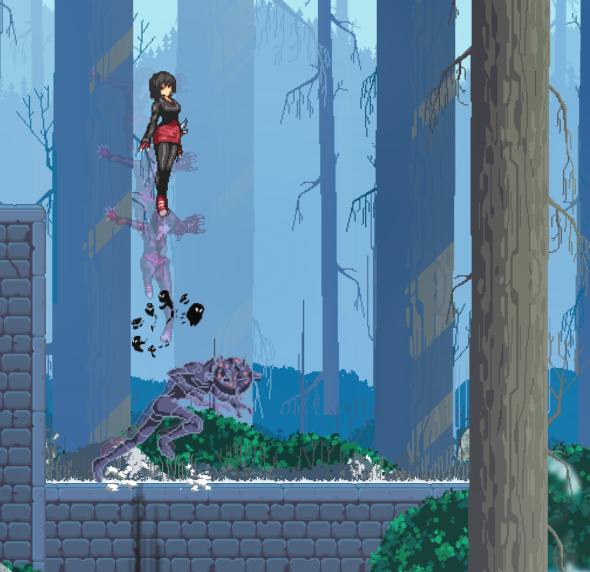 Dash allows you to:

– Become completely invincible for enemy attacks, so you can Dash through enemies and their projectiles without taking damage (you don’t have invincibility on Maya Must Die difficulty mode);

– Reposition yourself quickly to avoid damage;

– Upgrading Dash into EX Dash in the shop allows you to damage enemies if you Dash right into them. 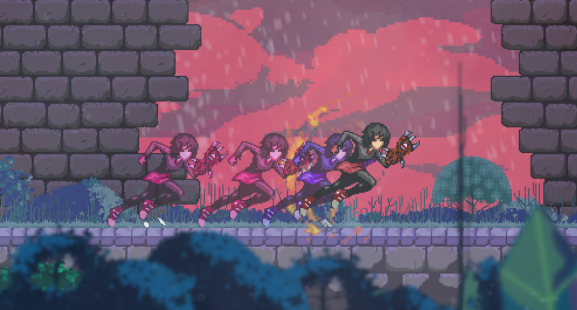 Sliding allows you to avoid enemy damage and, unlike Dash, you can continue shooting while doing so. In that regard, this move is both offensive and defensive.

You can jump off any vertical platform in the game to reach even higher. 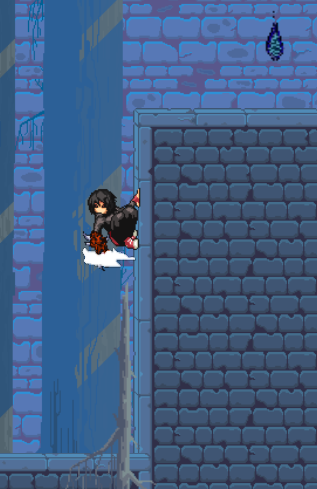 Shooting is one of the primary ways to deal damage. You can shoot during almost every move. Some enemies can reflect your projectiles or are immune to them.

3.8.1) Default gun – jack of all trades, master of nothing. Suitable for every situation except when an enemy reflects or blocks all your projectiles. 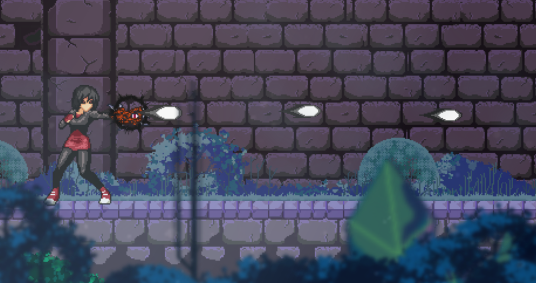 3.8.2) Spread gun – shoots at a lot of directions at once. Useful for aiming at smaller or flying targets that otherwise need a good aiming. Extremely powerful when you’re staying very close to an enemy as all the bullets hit the target (that way it deals more damage than melee attacks). 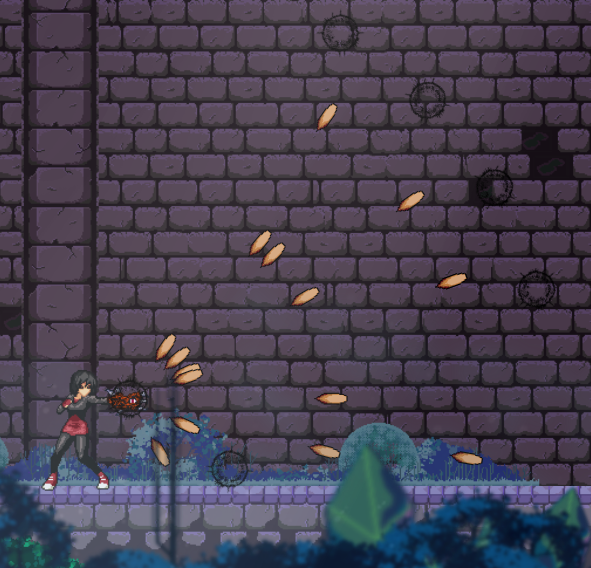 3.8.3) Explosive gun – a powerful shot with low fire rate that flies in parabola. With this weapon you can eliminate small targets in one hit. Because of the projectile trajectory you can sometimes kill enemies from a safe zone. Very useful for short bursts when an enemy doesn’t allow you to damage him all the time. Be aware as you’re vulnerable to your own explosions.

3.8.4) Pierce gun – damages all the enemies in line. Useful for reaching more dangerous enemies in the back line that are guarded by a fodder or powerful front line enemies. With this weapon you gain energy much faster than usual.

Cubes fall when you land on them. A cube can kill any enemy in one hit if it falls on them. You can drop the cube down by jumping on it or by shooting or attacking it. 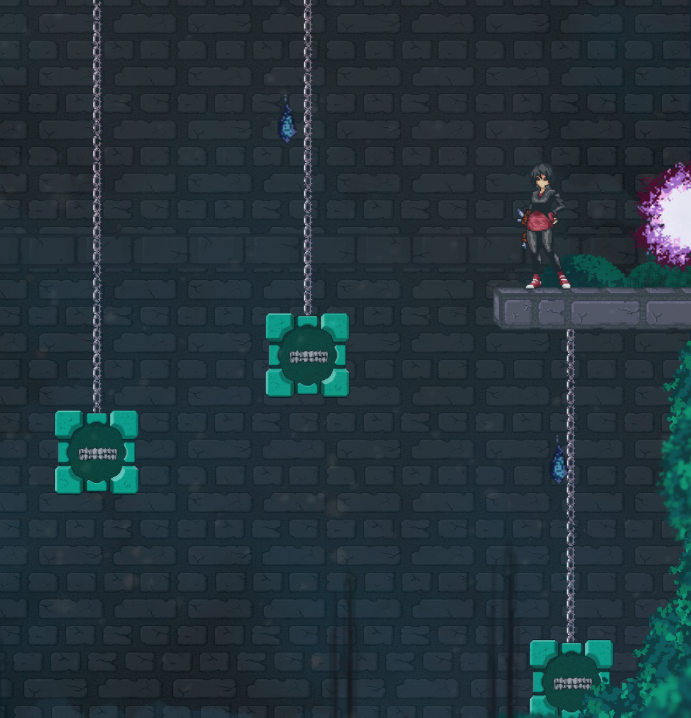 These allow you to do additional air jumps (press L when you touch the ball). You don’t need any shop or boss upgrades to use them. 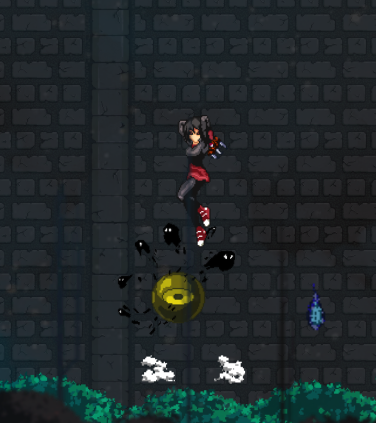 Touching a switch disables all blue lasers for several seconds. 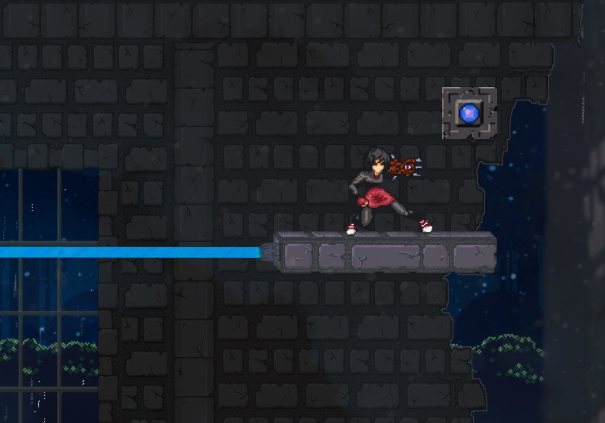 Touching a button opens a door in that area for good. When returning to the area, you don’t need to open that door again. 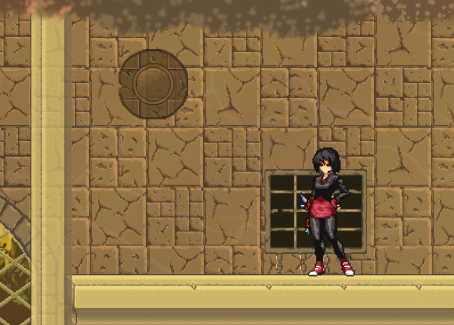 You can explore the map however you want it. But here I pinpoint the main routes:

You can always teleport to the rooms where you defeated the bosses or to the starting snow room. Press Escape (or Start on a gamepad) to access the Map menu, then select Teleport and by pressing left or right choose the location. You must first defeat the boss to unlock his room as a teleportation point, but first teleport location is unlocked after you complete the tutorial. 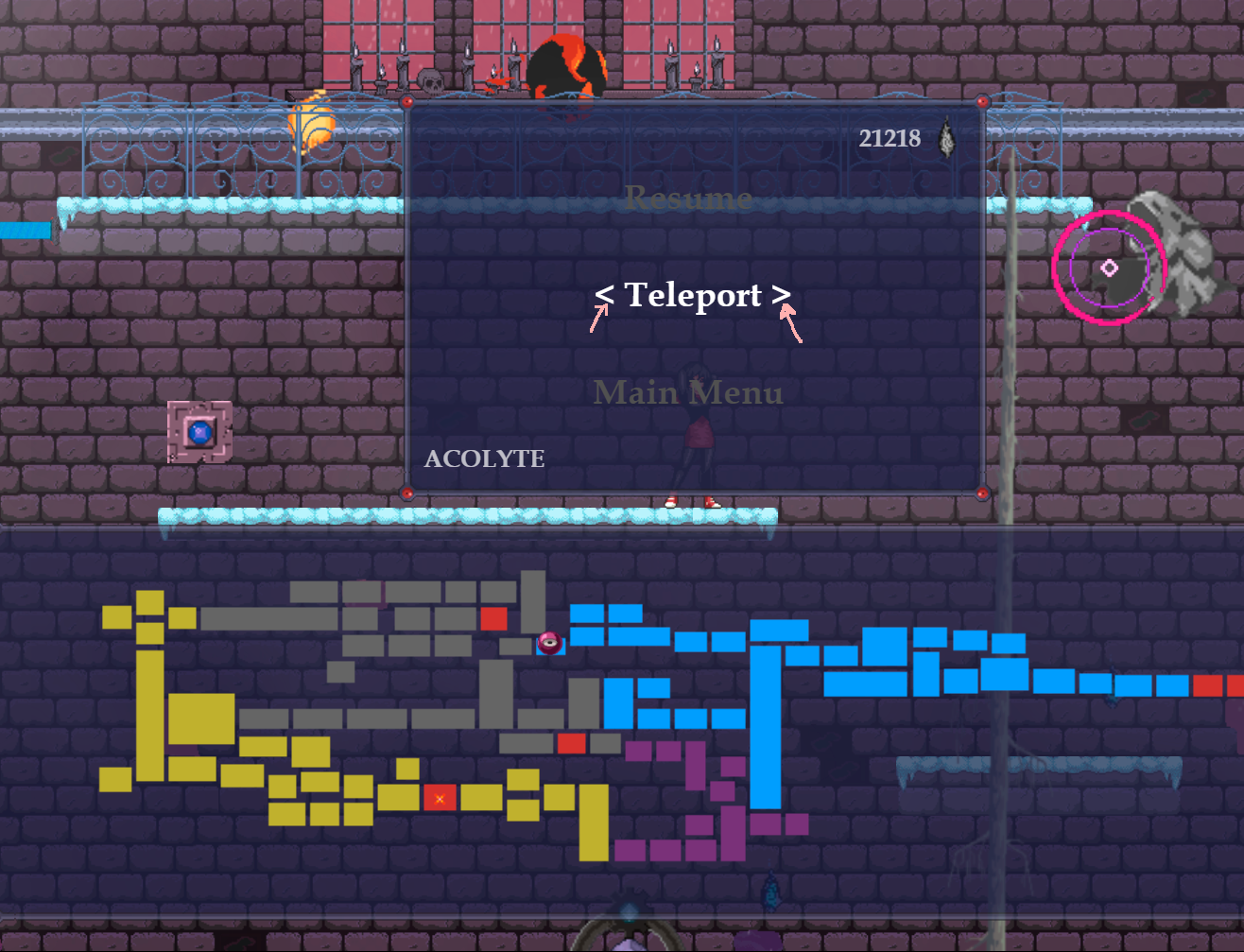 6.1) You can attack Lasergirl with melee, do Dive Kick or Ex Dash her even when she activates anti-projectile shield that reflects all your bullets. Also you cannot jump off her laser with Dive Kick, but you can fall through using it.

6.2) You can knockback Birdman with melee when he jumps on you. 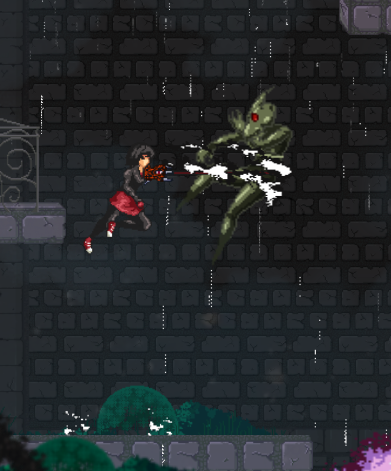 6.3) You can change the direction of movement of Soul Eater by melee attacking him. 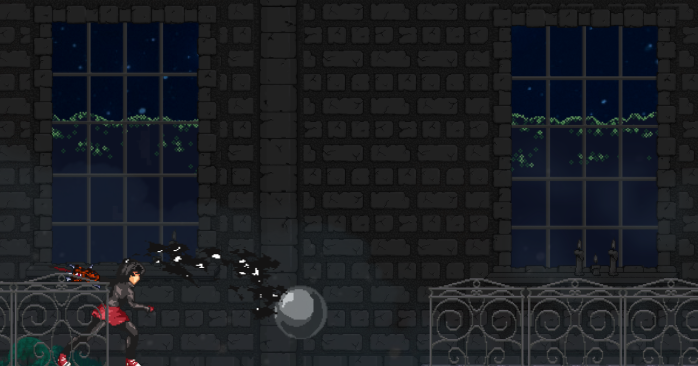 6.4) Melee, Dive Kick and Ex Dash are the only means to kill Golem. 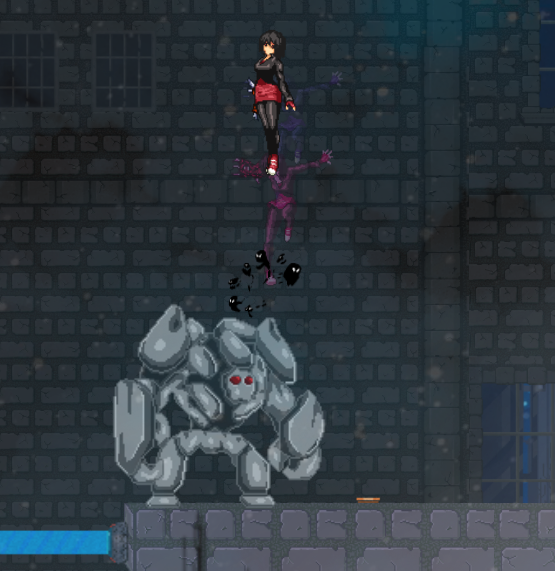 6.5) Dive Kick is the only way to destroy Sparrow’s egg for good. 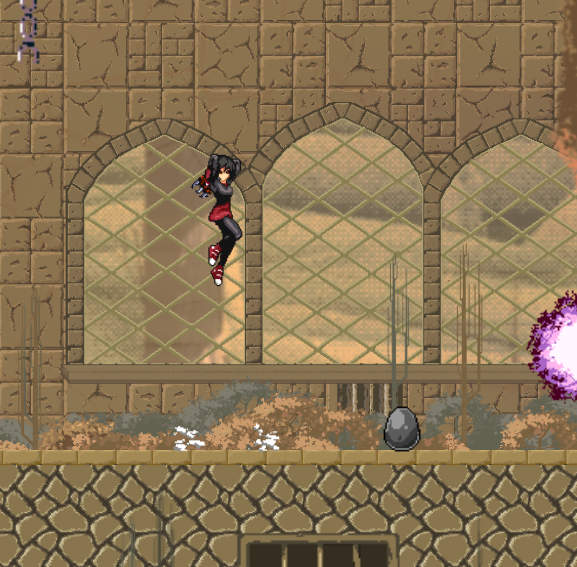 6.6) Use Ghost’s own projectiles to reach him (by using Dive Kick on the lowest one). 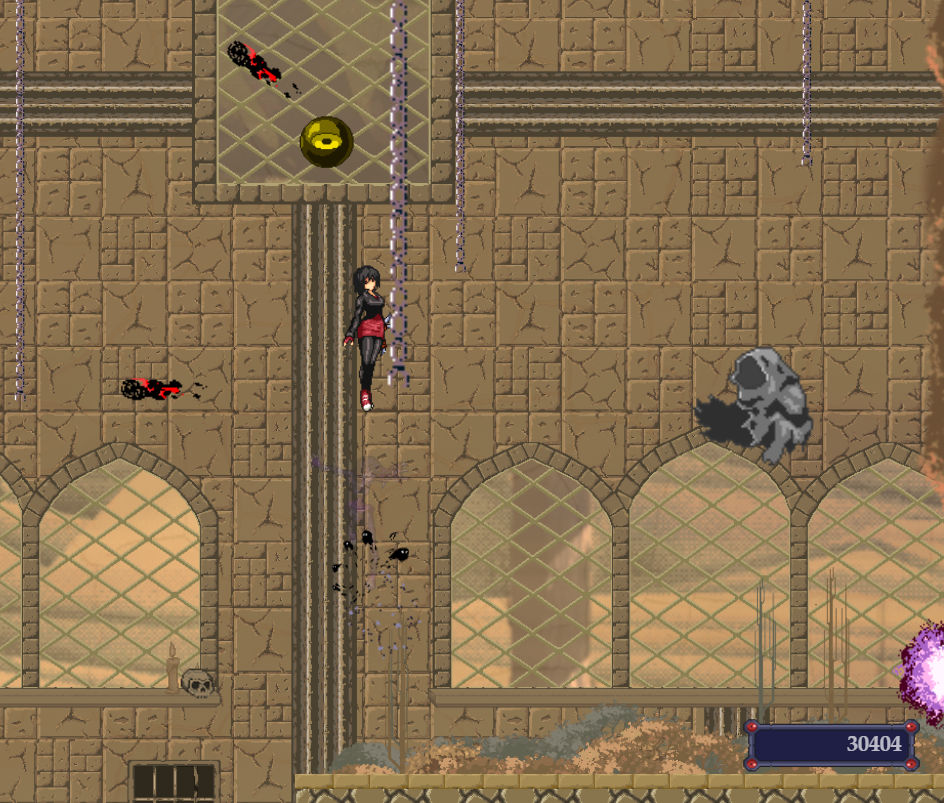 6.7) Mini-ghost can kill other enemies (or even himself) with the explosions he makes. 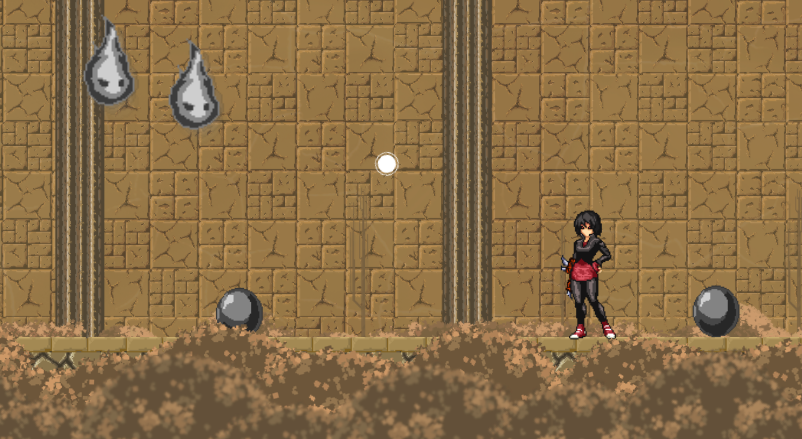 6.8) Runner explodes after death so you can lure him into the group of other enemies and detonate him there.

6.9) Hand’s fireballs continue to burn when they hit any surface. You can put out the fire by any of you attacks (including Dive Kick and Ex Dash).

6.10) Spiked Spirit orb shoots all of his spiked in every direction after death so be prepared to use Dash right after you deal the finishing blow 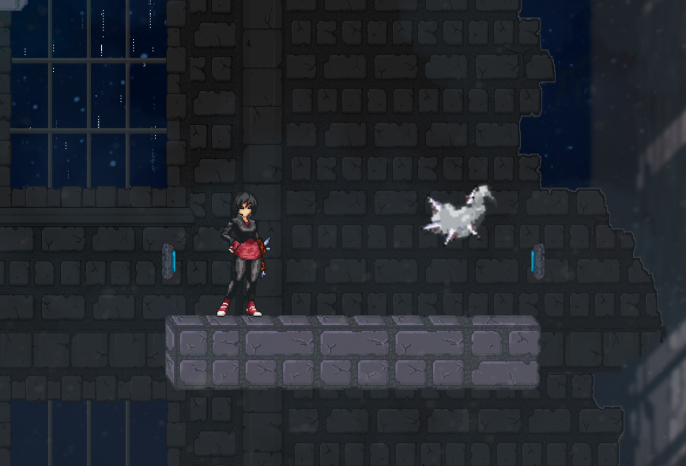 6.11) Other enemies are straight-forward.

If you’re fighting a boss and feel like you don’t have enough power, you can use the Teleportation via the Escape menu and and transport to a safety zone. Then after defeating the regular enemies and collecting enough points you can buy upgrades that would make your playthrough a bit easier.

In general, boss attacks can be intense but are manageable even without the upgrades. And bosses don’t have much health.


Battles with them are more like duels where everyone can kill each other fast. They’re not a test of endurance. So if you’re losing to a boss, don’t get discouraged. If you get used to his attacks, you’ll be able to kill a boss rather quickly. 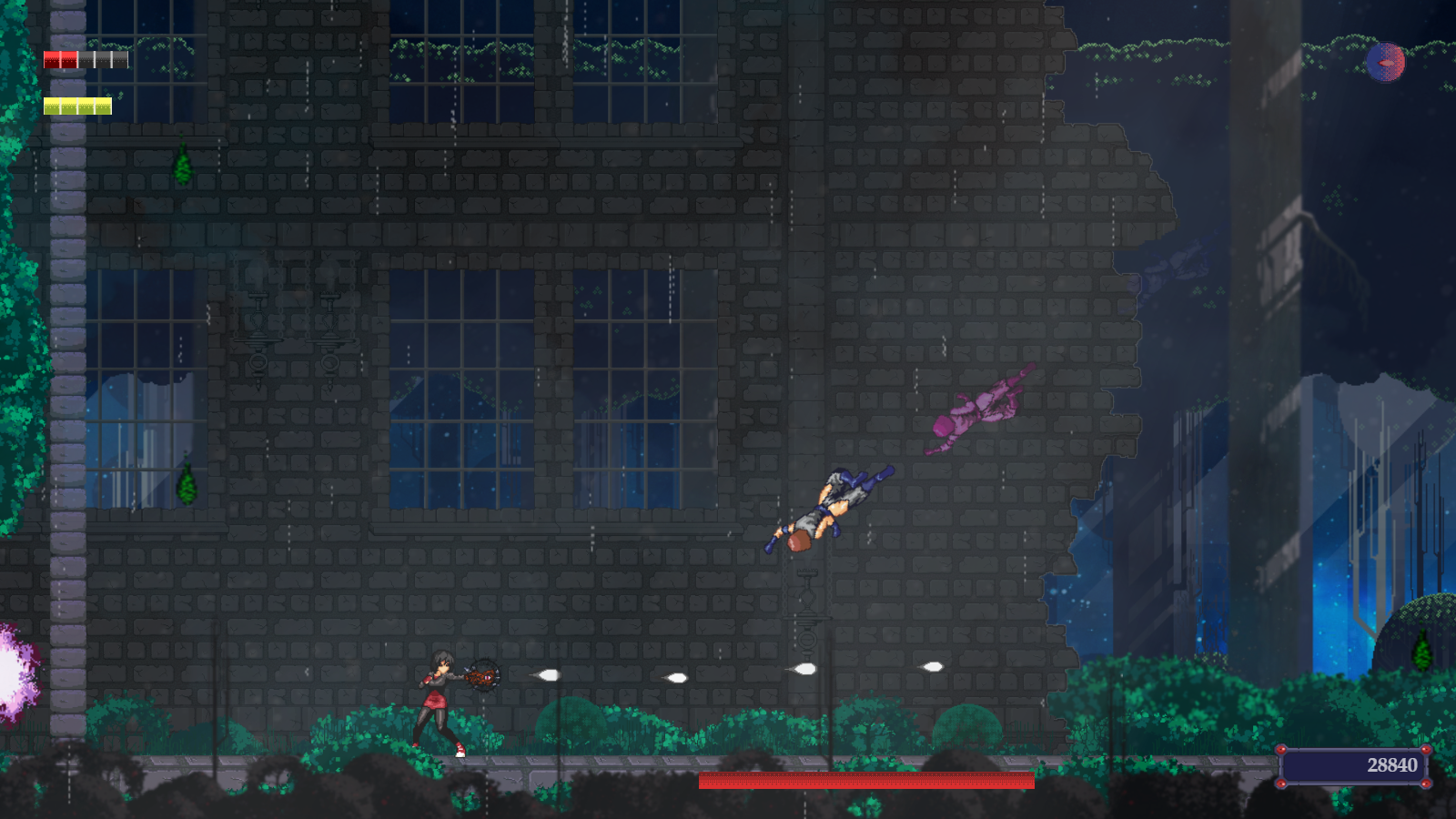 On Acolyte and Warrior difficulties make use of Healing essences that are located on the battlefield. Don’t try to collect them too soon when you’re full on health. Save them for when they’re really needed and try to find the windows of opportunity to collect essence without taking damage from a boss.


I recommend purchasing Health upgrades to make your life during boss battles easier.

Press Attack and then when your hit connects with an enemy press Dash. Works extremely will with Ex Dash as you deal a lot of damage in a moment. Be cautious not to press Dash beforetime as it will completely cancel your melee damage.

Press Dive Kick again the second after you did the previous one. That way you can kill enemies rather quickly. But be cautious not to do it too quickly as you can Dive Kick through an enemy and take damage.

Hope you enjoy the Guide about Maytroid. I swear it’s a nice game too – Gameplay + Boss Upgrades Guide, if you think we should add extra information or forget something, please let us know via comment below, and we will do our best to fix or update as soon as possible!