A Guide to all achievements in the full game.
(does not include any information from the prologue)

Get rid of Victor’s fleshlight.

Victor hides his fleshlight in his end table in the bedroom above the shop.
Toss it in the bin in the kitchen.

Ask every possible question during your telephone conversation with Dr. Austerlitz.

Self explanatory – Don’t end the call with Dr. Austerlitz until you have used every dialogue option.

The candies can be found in a bowl on the reception counter in the Hotel.

Note: Eat them immediately or you will lose them when you are captured later in the story.

Big Doc Is Watching You

Inspect every Dr. Austerlitz painting at the Desire Hotel.

There are five paintings of Dr. Austerlitz in the hotel, interact with all of them.

Play the Lust from Beyond: Scarlet melody on the theatre piano.

Play the notes in the image below in order. 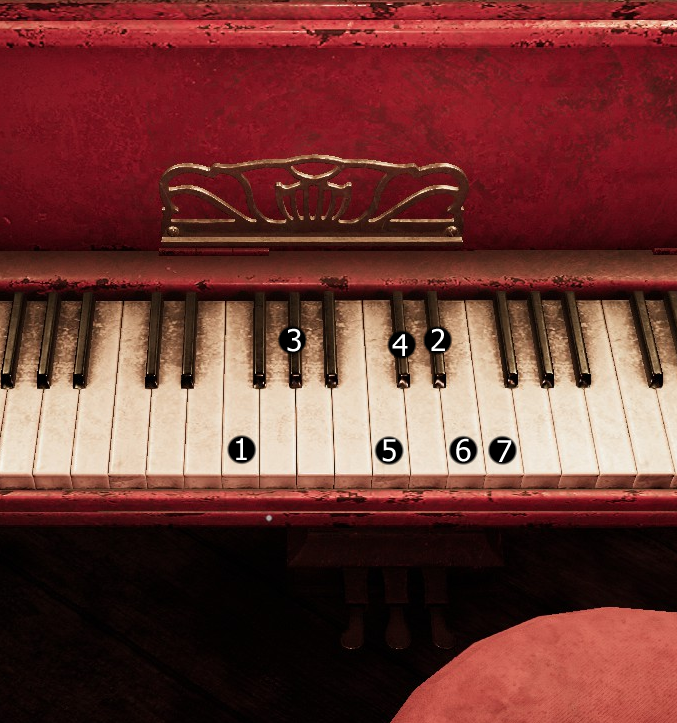 The Hall of the Meritorious

Find the room dedicated to Lust from Beyond Kickstarter backers.

Open the locked door near the pool table and climb down the ladder inside.

The code for the padlock is: 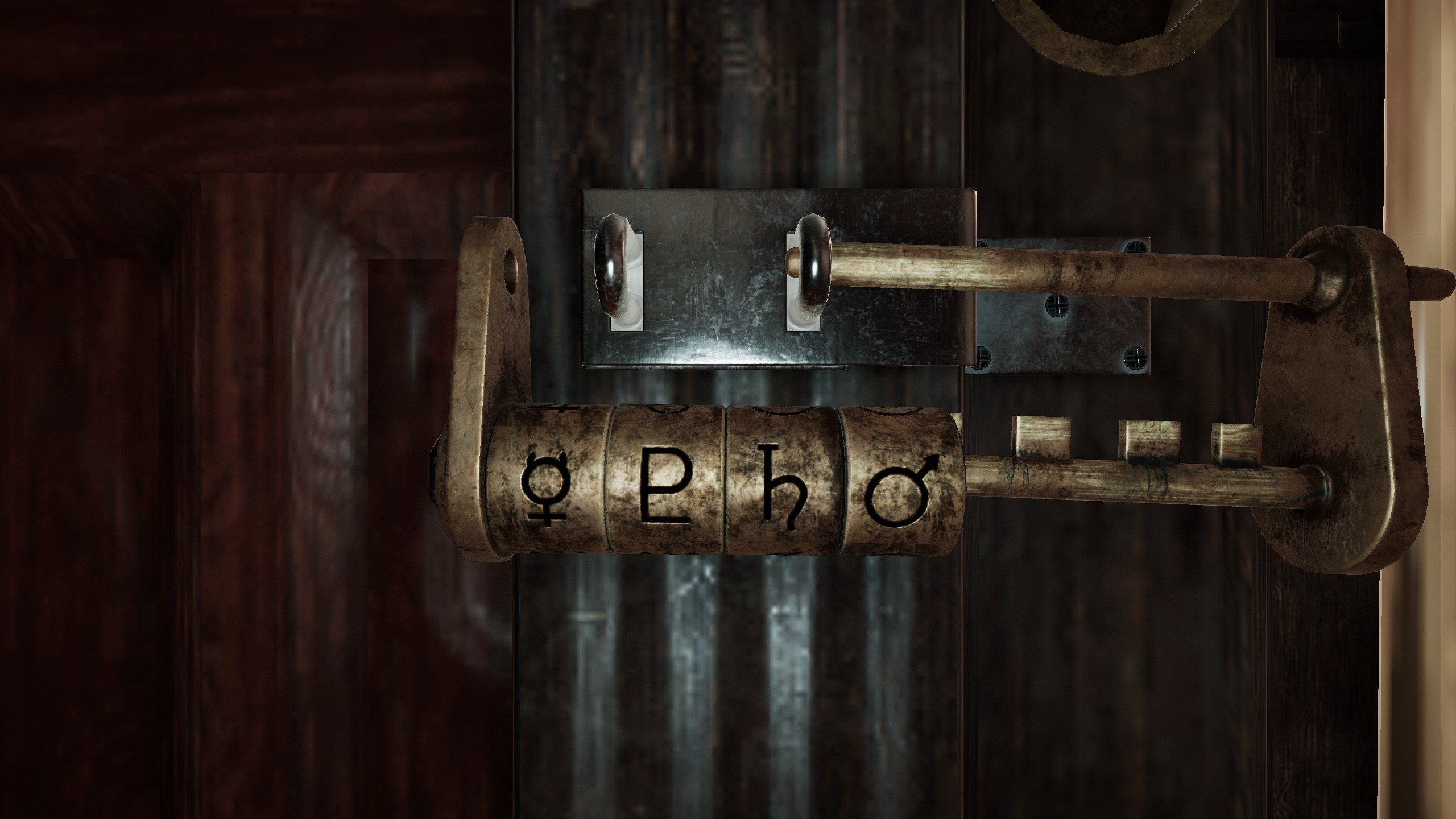 Is THIS Ever Going to End?!

After being captured while attempting to save Lily, before entering Lusst’ghaa stand next to the girl and stare at the cultist in the cage for 3 minutes.

Note: You CAN tab out for this.

Spare or save every character important to the story whenever you have the choice.

Spare Dr. Austerlitz, Jonathan, save Mabel, and spare Mutated Amanda (agree to sleep with her) when prompted during the story.

To save Mabel:
After speaking to Mabel at the top of the stairs, go back to Theodore and ask him to save her.
Threaten him and he will tell you to get a bottle with a sun on it from his study in the attic.
Return the bottle to Mabel before entering Lusst’ghaa.

Note: the achievement will unlock after the epilogue, not after sparing Amanda.

Kill every character important to the story whenever you have the choice.

Kill Dr. Austerlitz, Jonathan, don’t save Mabel, and kill Mutated Amanda (refuse to sleep with her) when prompted during the story.

Note: the achievement will unlock after the epilogue, not after killing Amanda.

Commit suicide due to low sanity.

While you are at 0 sanity, if you have a weapon equipped and lose sanity again you have a chance to commit suicide.
Given the chance for this to either happen or not it can be a pain to get this achievement.

The best checkpoint I could find to let you re-roll the chance was:

After setting off to find the mask of Ughro’ecna, do not heal your sanity going forward.
If you run past every sanity-reducing item you will be left with 0 sanity for the first Amanda fight.
Beat her and run into the jumpscare in the catacombs before her ambush.
If Victor does not kill himself, reload the last checkpoint (right after beating Amanda) and try again.

All nine clown figurines are in the town of Bleakmoor.
This will also give you 4 potions.

All four Lauv’abrac figurines are in the mansion.
This will also unlock a more powerful dagger.

The Demiurges
Collect give items revealing the history of Demiurges.

All five items are in Lusst’ghaa.

All five items are in the town of Bleakmoor.

All five items are in the mansion.

All of these will be gained through normal gameplay.
(you will need to replay the game once to gain the second Xu’thrar achievement)

The New Seeing One
Finish the “Queen of Ecstasy” chapter.

A Damsel in Distress
Set off to rescue Lily.

Where You Belong
Join the Cult of Ecstasy.

The Chosen One
Make love to Amanda in the Trinity Chamber.

The Great Liberator
Get the Mask of Ughro’ecna.

Time of Pain
Finish the game without opening the Xu’thrar.
(refuse to sleep with mutated Amanda)

Time of Delight
Finish the game after opening the Xu’thrar.
(agree to sleep with mutated Amanda)

I hope you enjoy the Guide we share about Lust from Beyond – Achievements Guide; if you think we forget to add or we should add more information, please let us know via commenting below! See you soon!