A complete guide for everything Rogue in Loop Hero

Before we start, this is very much still a work in progress guide, I’ve completed all 4 acts with the rogue however I’m still missing some trait unlocks. I’m very open to both feedback and build suggestion/recommendations.

The Rogue works on a trophy based loot system. You collect trophies as you kill enemies and as you return to your cozy camp you’ll exchange all the trophies at once for a stack of loot. This means it’s better to focus on strong enemies instead of stacking low hp groups.

While playing the Rogue you’ll be able to equip 2 weapons, 1 pair of boots, a piece of chest armor and an amulet (if you’ve placed an Arsenal card which is a gold card.)

I’m sure there’s a couple of different ways to play the Rogue, however the way I’ve been playing him have been focusing on stacking Evasion and Vampirism, with Crit chance being a close third. 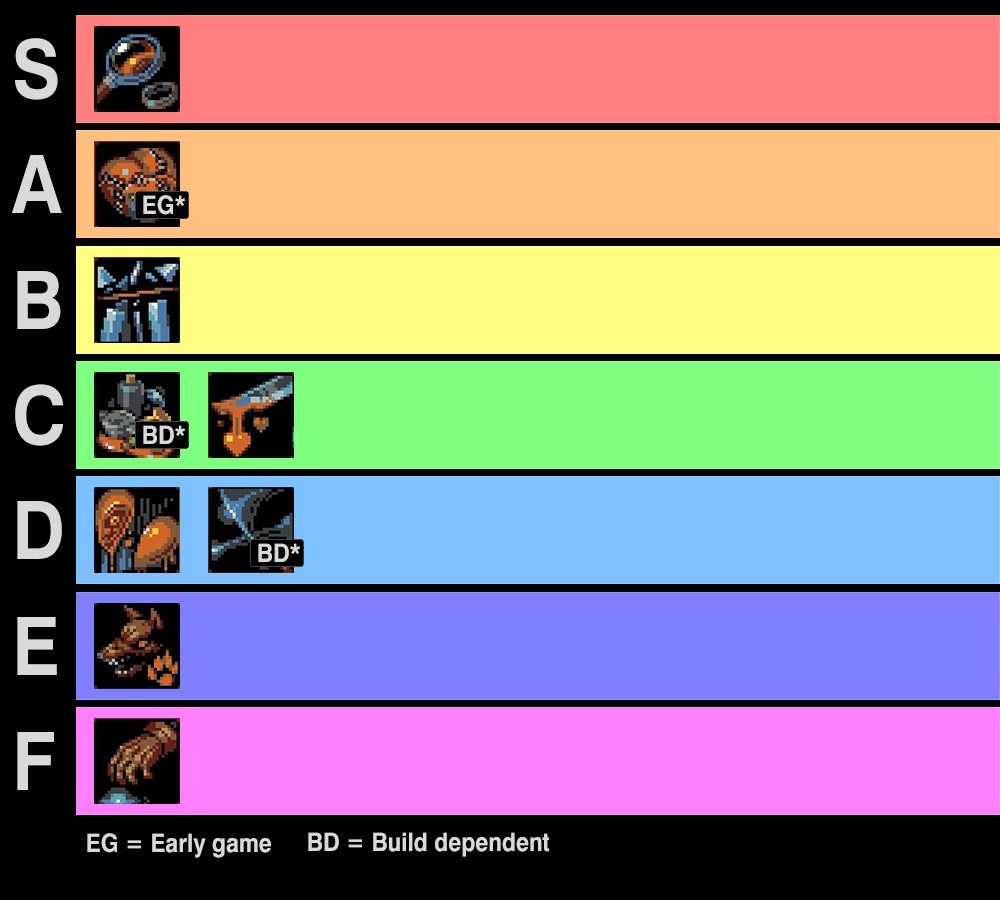 I’ve yet to unlock all the traits in the game so these guides currently only reflect their class traits. Please do also note this is based on my personal experience. Some traits are only great when paired up with others.

Picky – S
Overall it just provides you with much better gear faster than you’d otherwise get it.

Old scars – A
While it’s much better depending on how early you get it it’ll let you stack hp infinitely.

Fuss – B
Damage reduction, helps you stay alive whenever hits end up going through your evasion.

Marauder – C
A bit of extra gear, great pair up with Picky.

Lethal weakness – D
Considering this is only 2.5% chance at 50% hp I don’t see this as an amazing trait.

Call of the forest – E
Don’t really see much use for this, it shows up when it wants to any usually dies really quickly.

Pickpoket – F
I’ve personally never tried stacking Counter on the Rogue, I find myself wanting to stack Evasion, crit pretty much every game.

Marauder
Fighting against 3 or more enemies will grant you an additional trophy.

Nothing is sacred
+3 hp after a kill.

Smoke screen
After losing 20% of his max hp in battle, the hero will evade all attacks for 2 seconds.

Pickpocket
50% chance to steal a resource shard from an enemy while countering.

Picky
Lowers the quantity of items received on the camp tile by 3, while increasing the quality of exchange for trophies.

Child of the forest
A rat wolf may come to your aid during battle (75% chance).

Fuss
The hero receives 7% less damage for every enemy, starting after the second enemy.

Feel free to post your build idea in the comments, I’ll be trying out different builds as I play and will feature builds I have success with here.

I hope you enjoy the Guide we share about Loop Hero – Complete Rogue Guide; if you think we forget to add or we should add more information, please let us know via commenting below! See you soon!