If you’re not an indie gamer, you might’ve looked at Lloyd the Monkey 2 and wondered "what happened to the first game." Well, that’s what this guide is for, as Lloyd the Monkey 2 is a story-driven experience where it helps (but hopefully isn’t required) to be familiar to the prior title. If you want to know more about the history of the characters, click to begin your journey into the lore and characters of Lloyd the Monkey!

The Worlds of Lloyd the Monkey 2 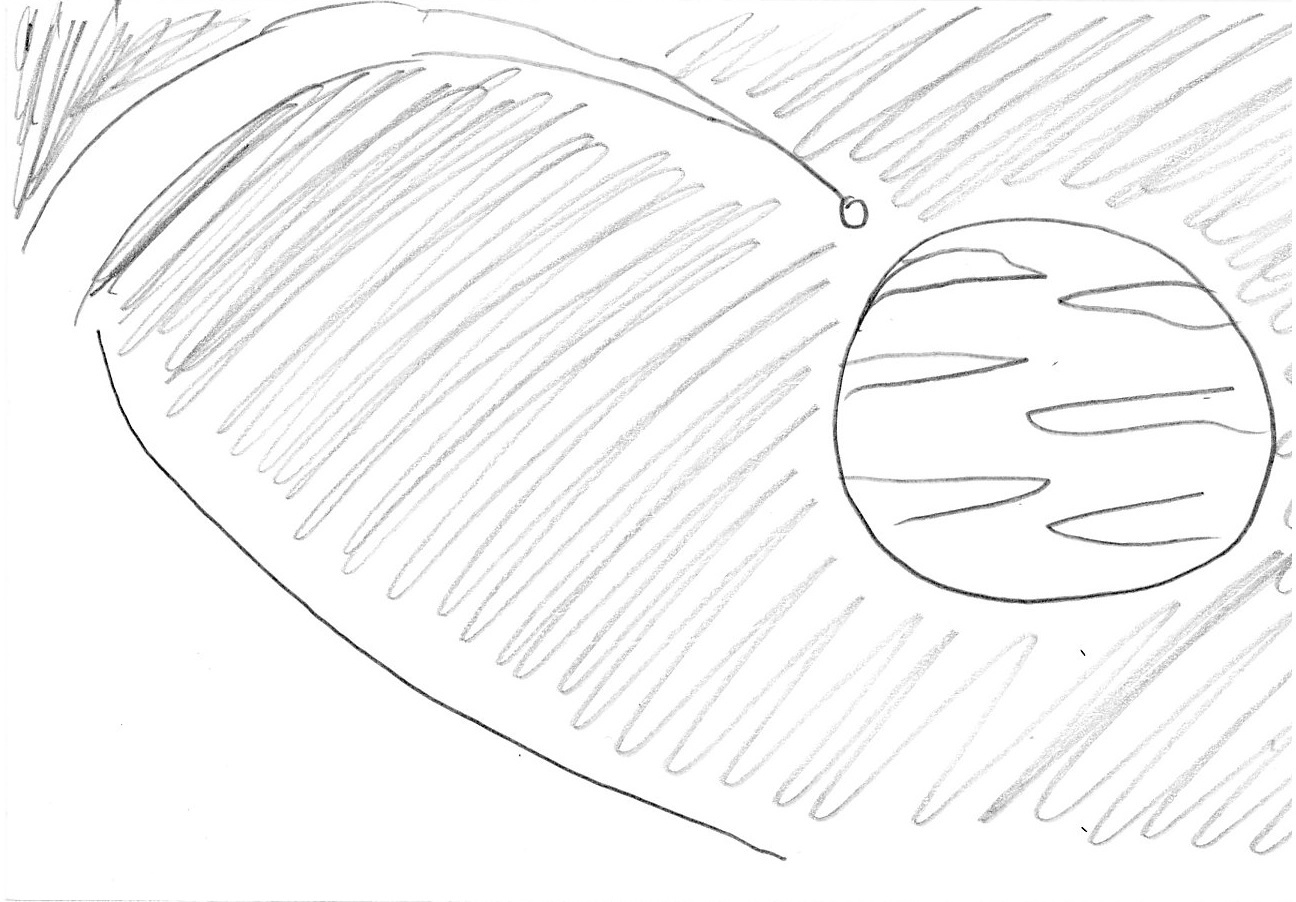 The saga of Lloyd the Monkey series is set in the distant 23rd century, where science and technology have harmonized with nature allowing simians to live alongside human civilization, which had begun eyeing new homes in the stars. While Lloyd and the other simian characters hail from Earth, Lloyd the Monkey 2’s female protagonist and former damsel-in-distress Lura and her kin hail from the planet Grecia, a planet in the Andromeda Galaxy similar to Earth but with a higher saturation of the ki that makes up the essence of all life. 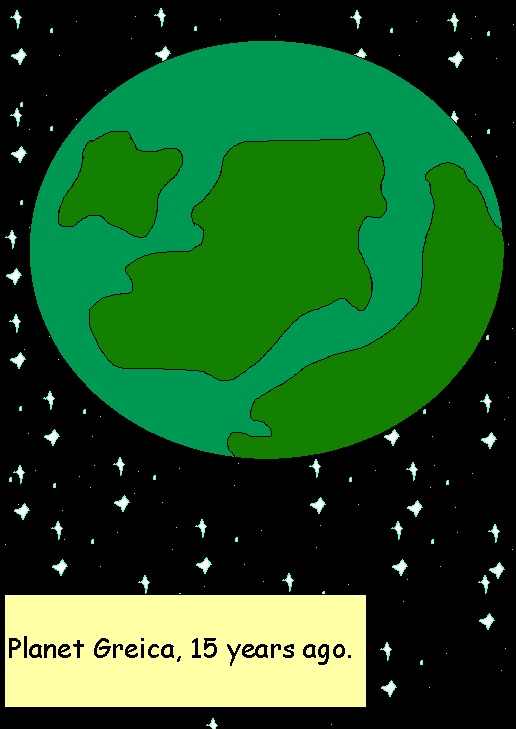 Ki exists on all planets that house life, but human industry reduced the saturation of ki in Earth’s atmosphere, and since life is never presence in the birth of a planet, it takes an extended length of time for ki to redevelop. While by this point the damage done to the planet had largely been repaired and/or halted, the slow restoration of ki meant that an ancient art would be lost, at least until the first settlers arrived on Grecia.

Almost by accident, those precursors had rediscovered the magic spoken of in ancient scriptures, and by blending science and this magic, Grecia very quickly became a prosperous, unified monarchy that surpassed Earth in achievements yet was content to lie in the shadows, unknown to the peoples of Earth.

As all this was happening, Earth was seeing huge societal changes. The primates of the Amazon were beginning to walk on two feet, and would soon learn to speak and live in the manner of humans. These monkeys would take the Amazon Rainforest and make their own nation, the Amazonian Republic, a land where all would be welcome to live as they please. And in the year 2230, the Amazonians and the Grecians would collide…

The Hero of the Amazon: Lloyd Zaru 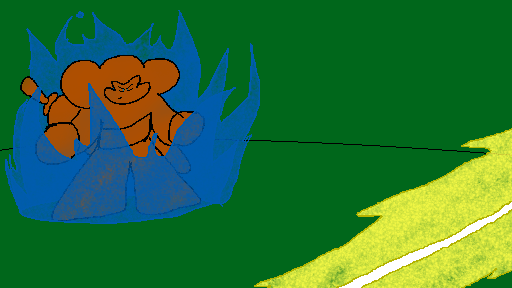 As one trained in the art of swordsmanship, Lloyd always seeks self-improvement and looks out for the well-being of others. When the amnesiac teenager Lura fell from the sky, he was the one who offered her a place to stay, and encouraged her to mingle with others, in the hopes of finding clues to her past.

Shortly afterwards, violence began to spread throughout the once prosperous Amazon, as a terrorist cell of gorillas came out of the lifeless ruins of Chernobyl to kill, in the hopes that the Prime Minister of the Amazonian Republic would turn over the princess who had taken refuge deep within the forest. This violence drove Lloyd to act, fighting off gorillas at every opportunity in the hopes of keeping the people alive. 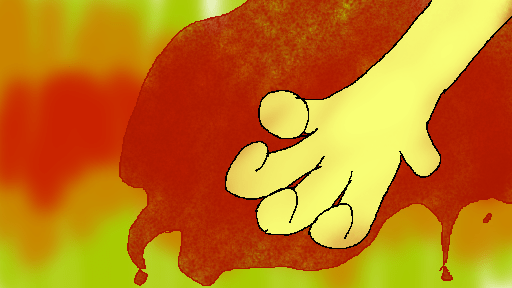 Eventually, disaster struck, and the gorillas had managed to capture their target, Lura. Knowing that Lloyd had the capacity to hinder their plans for the girl, the mysterious commander of the gorillas arranged for the abduction of Lloyd’s then-girlfriend Violet, hoping to delay Lloyd’s pursuit long enough to ultimately destroy him. 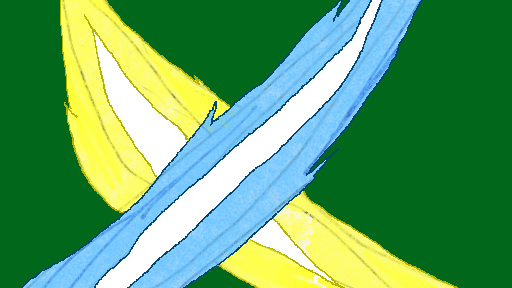 The ensuing game of cat-and-mouse made up the events of the original Lloyd the Monkey, climaxing with Lloyd battling the strongest of the gorillas’ elite Titans, Kronos, in the flaming ruins of Chernobyl. By some string of luck, Lloyd prevailed, and Kronos retreated to unknown territory. With his attention freed to focus on Lura’s wellbeing, he began to understand how the entire affair began…

The Princess of Grecia: Lura Resnik 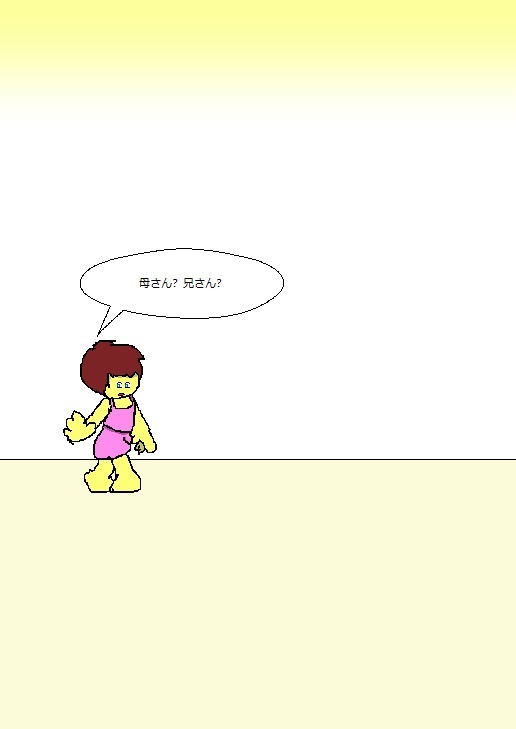 Princess Lura Resnik was born to the queen of Grecia, Eleana Resnik, several months after the child’s father passed away from an unknown disease. As a result of the loss, both Eleana and the elder child Octavius took great pains to ensure the young princess had the best life possible, as she was all mother and son had left of the former King. It is rumored, however, that Octavius had insisted on training Lura in magic after an incident of such massive moral magnitude, it warranted keeping her in the castle and under constant surveillance.

A few years after this incident, when Lura was approaching her ninth birthday, it had become apparent that her destiny was as an esper. These elite warriors had the physical traits of certain animals to serve as a calling card. This closer connection to nature amplified their magical power immensly, allowing them to call upon the power of angels to protect those who could not protect themselves. Afterwards, Octavius (who at this point had been co-ruling Grecia with his exhausted mother for several years) began to loosen up with his younger sister. It was with his encouragement that Lura and exchange student Rilassare became friends, and eventually lovers. 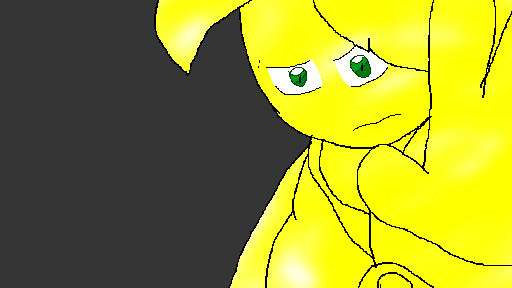 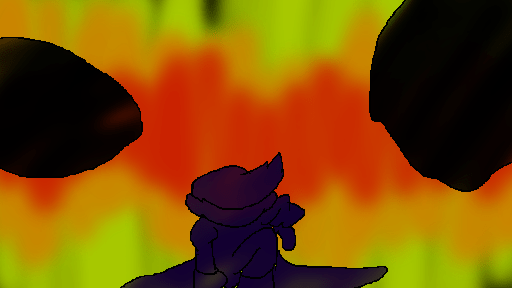 These times would not last, as on April 14, 2230, an embassy building close to Byzantium Castle was bombed, killing sixty people. The perpetrator was an unruly officer in the royal force, Scholz, who had secretly been studying dark magic banned by the royal family, and using his subordinates as unwitting Guinea pigs. Octavius had been pursuing Scholz for several years at this point, and was able to piece together that the embassy bombing was not an isolated incident but the beginning of a insurrection that would ultimately go on for a year and kill many innocents. Thus, he began making arrangements for Lura to be sent to Earth, arrangements that involved suppressing the memories of his beloved sister, knowing full well that brother and sister may never meet again.

In the dead of night on June 30, 2230, a cryocapsule containing the sleeping princess was launched into space, on a direct course for Earth. A couple hours after midnight, a second ship launched, piloted by Rilassare, who had obtained permission to look after Lura on the royal family’s behalf and would ultimately use the funding provided to him to create an inconspicuous hub in which the two lovers would meet again.

The Friends They Made

Just as important to this world are the people that Lloyd and Lura call their friends and family. These characters mingle and bicker, because at the end of the day, they’re all bound together. The strongest bonds in the universe are those of a family after all. 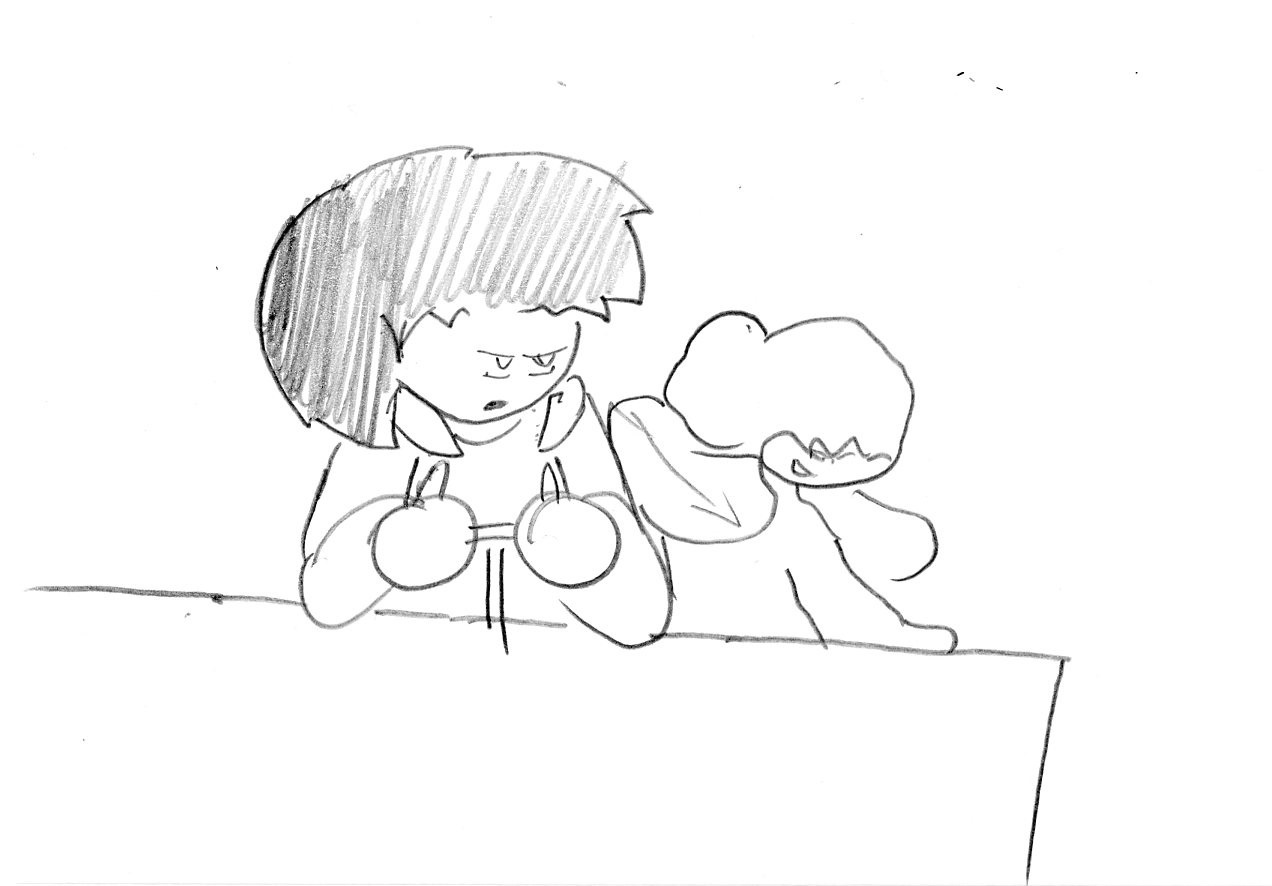 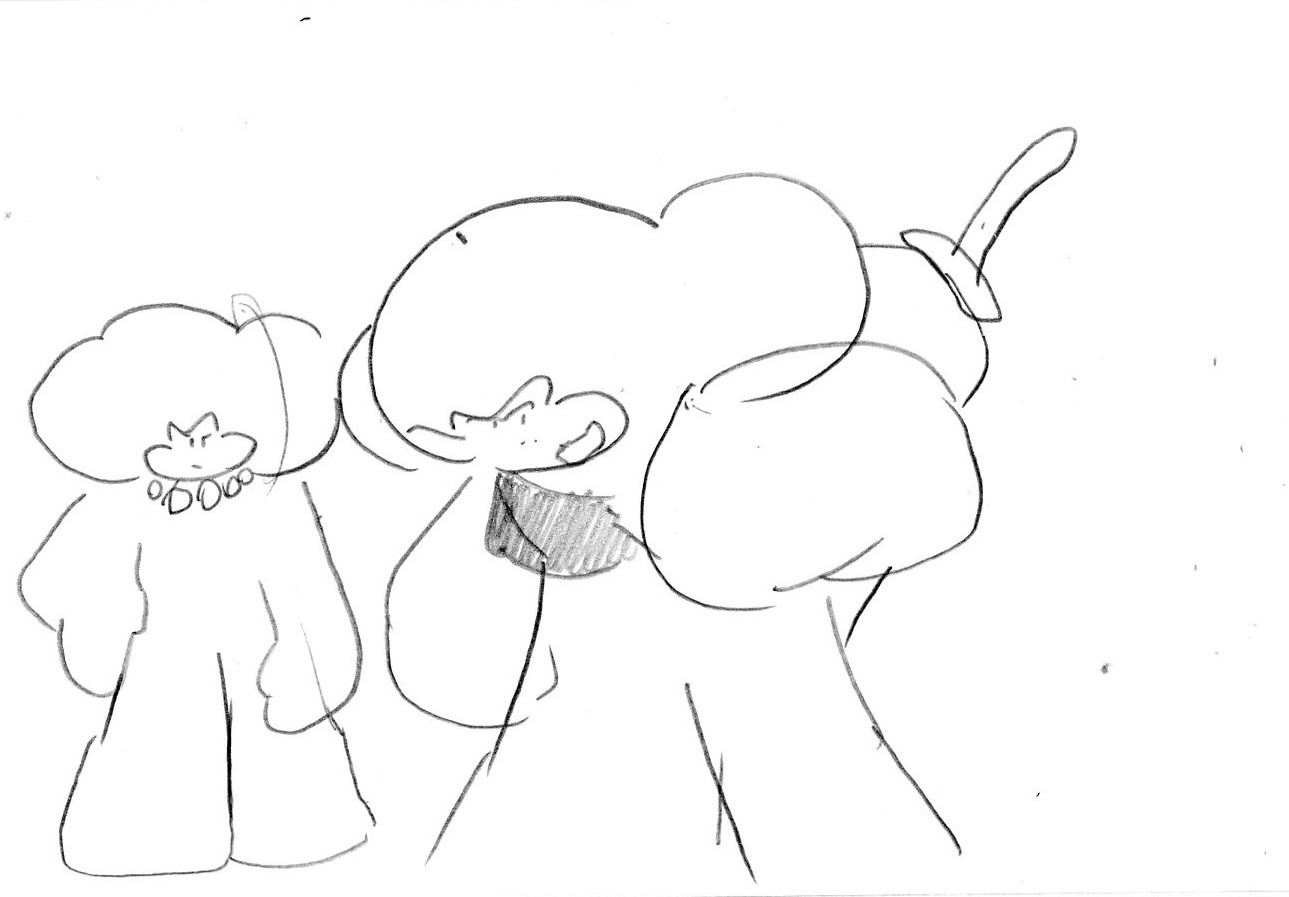 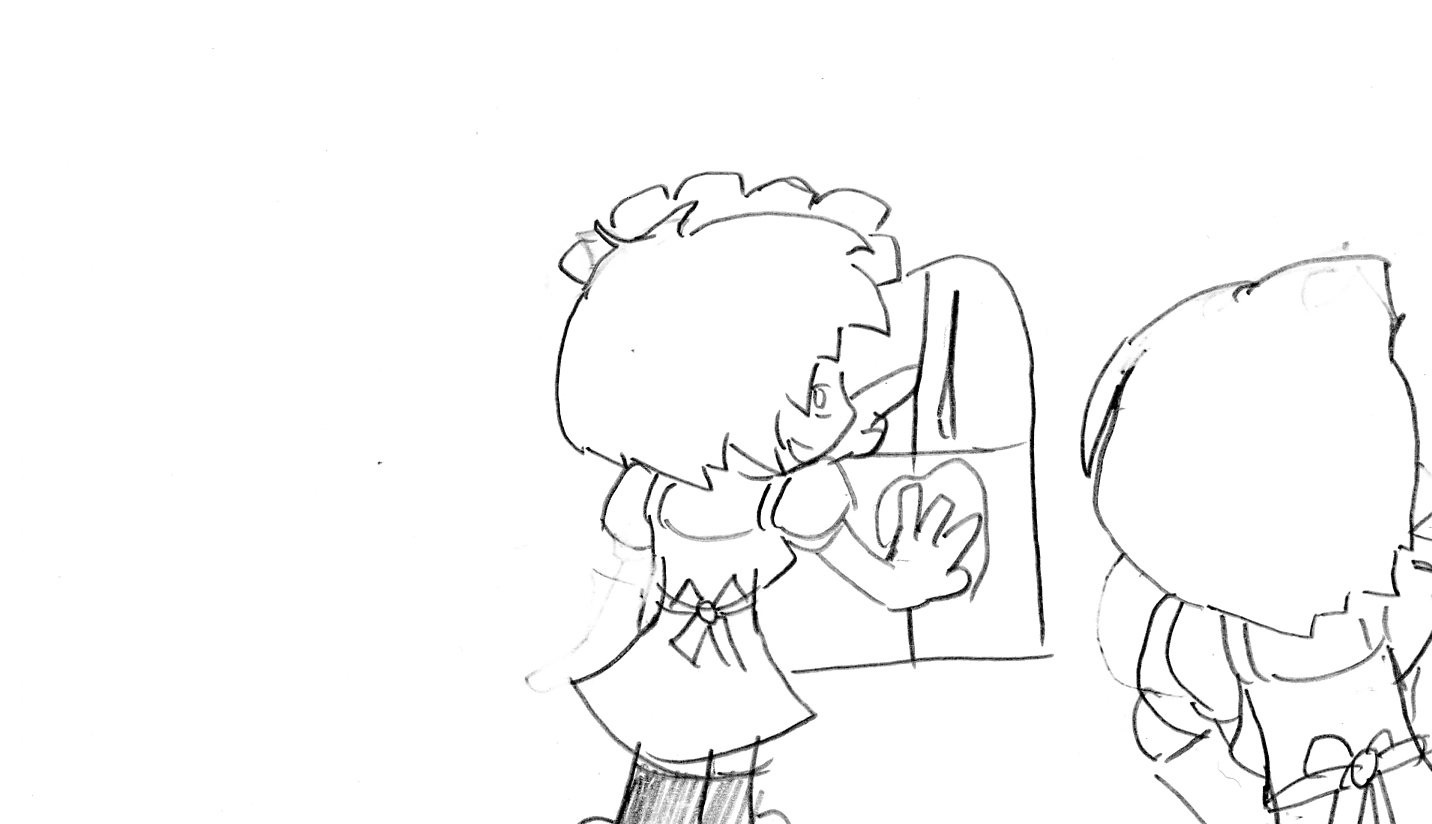 Hope you enjoy the Guide about Lloyd the Monkey 2 – The Unspoken History, if you think we should add extra information or forget something, please let us know via comment below, and we will do our best to fix or update as soon as possible!