Every Versus player has encountered one of these types before. And if not, what are you even doing?

This guide is a product of pure stare-at-the-wall, thumb-twiddling creativity.

I shall not be liable for any misinterpretations of subtle sarcasm.

But feel free to be personally attacked by it.

So with that said, I hope you enjoy my totally not redundant guide that a YouTuber circa 2013 would have come up with for his uninspired content. And if you hate it, do not email me. 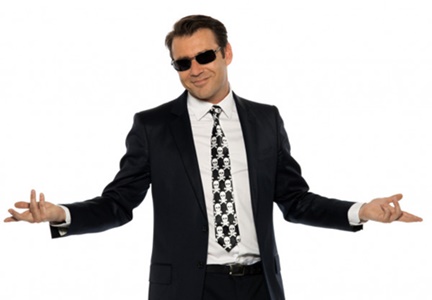 The Ez Pz Guy’s whole purpose is to tell you that your presence is the sole cause for his behaviour. Not only is he respectful enough to let you know, but he also has the odd habit of repeating himself every 35 seconds. In fact, said purpose is the only reason he keeps playing the game—to make fools such as yourself aware of his totally amazing crazy good awesome sk1ll.

Even if you happen to win.

He somehow still believes you are the definition of a noob, and he will be vocal about it. 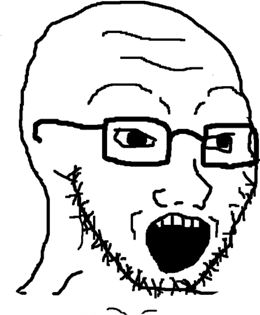 Your team is leading? You managed to insta-kill him with a smooth Charger move? Or he failed to anticipate your sneaky Hunter attack and got downed? Do not worry: Because The Smug Ugh Ofc Guy is convinced that the only explanation for his less-than-favourable gameplay is the universe’s unfortunate alignment with his miserable fate. You are merely another fool the eternal victim has to deal with. No one truly understands him; he is just so deep. And you are not. So there!

He would rather read Hemingway and drink an exquisite cup of Earl Grey than play Versus with you anyway. 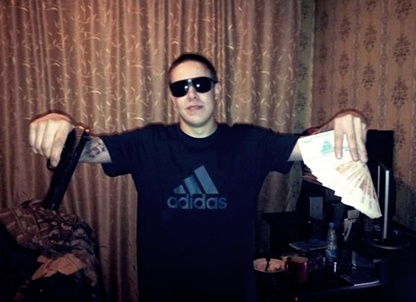 Look, it’s fine if you’re from Russia. I mean, I like vodka, and matrjoschkas are cute, I guess.

But come on, no one wants to play with a person who exclusively types and speaks in his mother tongue when everyone else is not capable of understanding him.

The Russian Mafiosi will even insult you in Russian. Especially if you tell him to “English please”. Extra points if his Russian friend is present who also exclusively speaks in Russian. 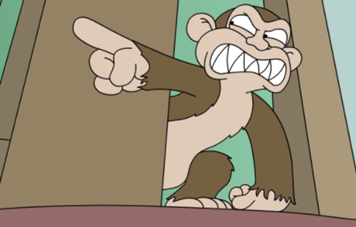 You survive for more than 5 minutes? You’re a solid teammate and have a stable aim? Insta-kill attempts have nothing on you?

Dude. You’re such an obvious cheater.

If you shake your head now, so taken aback by my brazen accusation—trust me, some guy somewhere believes you’re a cheater. 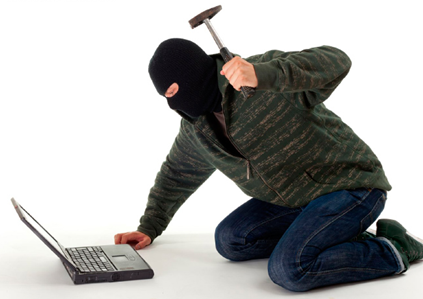 Did you ever have a conversation with a teammate that started like, “Oh, that one dude is really good. He is carrying his team.” And then, “Wow. Ok. He is one of the best players I’ve ever seen. The way he moves, his aim, knowledge about my whereab- Oh, yep. Yep. He is cheating.” Well. I’m sure most of us did.

And The Actual Cheater is aware of this. Because his classic response to calling him out is “LOL. git gud nab.” and generally being quiet and unresponsive to stay undercover until his team realises what he is doing and eventually kicks him. 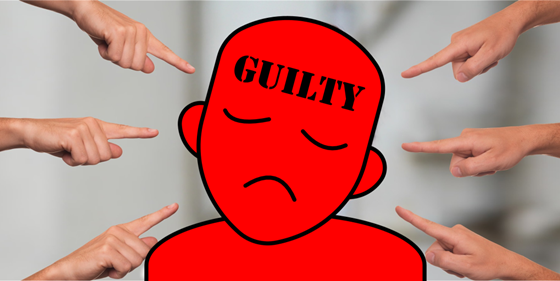 At first, he’s just a regular guy. He is mostly to himself, tries his best, and helps his teammates.

However, whatever you do: Do not be lulled into a false sense of security since it’s only a matter of time until something will trigger his blame game neurons that are hardwired into the mysterious functions of his brain.

And the best part: It’s usually not your fault. At all. Say you closed a door that had nothing to do with your team’s eventual failure. This guy won’t rest until you’ll fall asleep uttering the words, “I shouldn’t have closed the door. I shouldn’t have. Why did I close the door? Why did I do it?” 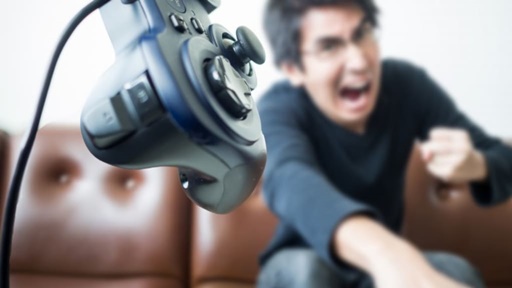 “Why would you do that?” “Are you stupid?” “You f#cking noob!” “People like you are the sole reason why this game is dying!” and so forth. The Rager is an obvious one—as his pure accusatory rage is evidence enough that he needs some anger management classes. I mean, most gamers raged at one point. But The Rager takes it too a whole different level. If he has his mic on, you might even hear him throw something in the background.

I recommend two strategies to survive The Rager: 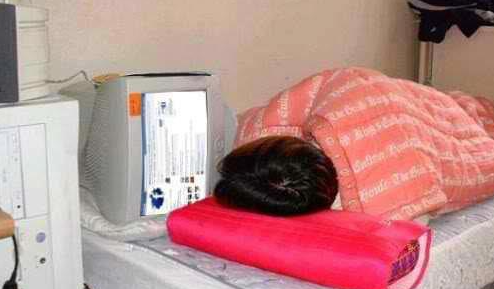 “Come on, we don’t have all day.” “Where did he go again?” “nr” “1 afk” The Snoozer is often not actually asleep, but he mysteriously vanishes in the middle of the game or at the start of every round. The difference between him and a rage quitter is, however, that The Snoozer will stay in the game despite not actually playing it.

Whether his mother called him downstairs for dinner (and he can’t pass up the lasagne), or he simply had to rush to the bathroom due to an emergency: He will most likely cause your team to lose a good chunk of points. And patience. 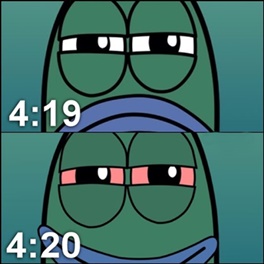 “whsat?” “haha im so high” “im so stoned bro” Alternatively, he is drunk. “hsdjaim drunkrn skdms” The Stoner is like a baby panda in a roller rink. Too chill to care about playing the game properly, too stoned to have a conversation with, and too sleepy to stay awake for this long. Every once in a while, he will say something totally unrelated to the game. Or he’ll find something amusing enough to mention.

But don’t expect much else.

If you’re brave enough to disarm The Stoner, slowly sneak up on him with a blanket and throw it over his head, then push him down violently and tell him to go to sleep. Give The Stoner a good night kiss for good measure.

Otherwise, he’ll come back only to get insta-killed by a Charger. 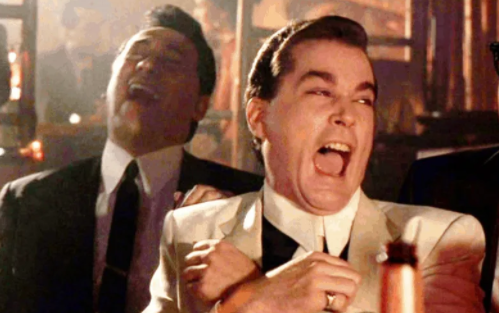 You just received the “Gnome Alone” achievement? You have only 700 hours in the game (which is about 7 hours to The Tag Team Kicker)? You moved a second too slow? Or you are lucky enough to not be part of their circle of friends? Say your last words because they’re about to kick you out of the game.

The Tag Team Kicker is a special one. He is often accompanied by his friend, who is also a Tag Team Kicker. If you question their motives, they will come up with many different justifications for doing so. But often times, they are doing it purely because they are convinced of their own skill.

I would recommend you to run far, far away if you come across The Tag Team Kicker.

They will catch and kick you out.

Drum rolls please for the ultimate Versus player. 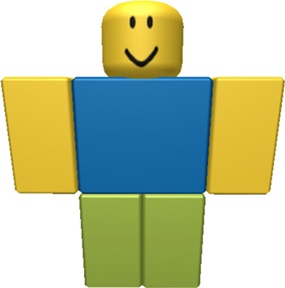 The Nab. Poor baby player. Always so hated. Always so feared. And yet he merely wants to have fun playing the game, but he is hindered in his quest for ultimate funness by getting continuously kicked. The Nab is the purest type of all types because his intentions are to just have fun. In a way, The Nab is the prototype gamer that all gamers should aspire to be.

We have all been The Nab at one point.

Please be kinder to The Nab.

Hope you enjoy the Guide about Left 4 Dead 2 – Types of Players in Versus Mode in L4D2, if you think we should add extra information or forget something, please let us know via comment below, and we will do our best to fix or update as soon as possible!