the sig552: a weapon that was most likely going to be used in Black mesa

the Gasmask: was likely used for a starting animation.

the oneshotbarrel: only has a arming animation. works better in earlier builds. most likely used in act1

A map based on the demo. its a under ground rebel base.

it was A: a part of the antlion cave that got cut
As seen with this door possibly leading to it.

antlion cave. by the exit:

rebel base at the start:

Ending to the Rebel base:

Or B: it was replaced by the Antlion cave, having its assets being reused for the antlion cave.
some examples of this theory:

A hole that looks like it could have been the spawn/way of getting in. its also right next to the current spawn.

as seen in the rebel city the way of getting into the antlion cave is just like this.

Why was it cut?: A: the map maker may have opted out,
or B: due to the game being rushed the map never ended up getting added.

What was it?: most likely a extension of the antlion cave.

Misc: some of the map uses the 2016 demo as a base. (Could be part of why it was cut)
Mitchell has custom voice lines for the map.
The map was noticeably down graded in the m3sa-beta build, meaning that there were no attempts to restore the map. 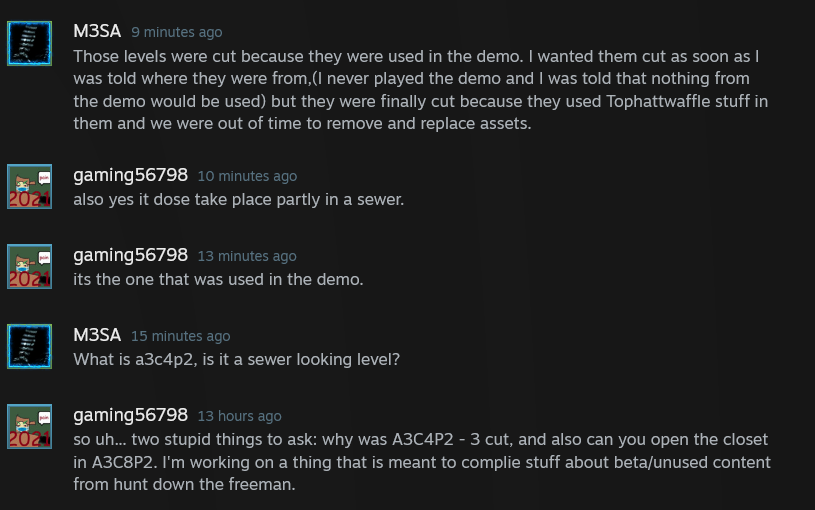 A unused map that was replaced Combine base raid in the final game.

Why was it cut?: It is unknown why it was cut.
Misc: Generally the map is a harder, less rushed version of the Combine base raid.
There is something very uhh… “interesting” about it that i will get to later…
There is a closet in the map that kills you when you step in it (or noclip in it).
the map makes more sense with context of the second to last level.

UPDATE: if you spam click on the closet it will open.

a map where the player fights young Adam in a tank. this would be very out of character for him.

Test maps:
m3sa_gun_test – a map where the player plays as a spy and kills some enemies.
dev_test_course – a map that tests a few things. most notable, a unused combine camera.

in the ending of Act 2 there is a cutscene that is men’t to play, but doesn’t due to bad coding.
It is in the m3sa build if you want to see it.

The player was men’t to fight black ops in black mesa.

There is a unused character named “winter survivor”
possibly a character the player was men’t to be helping and or be helped by. 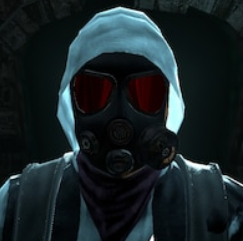 the player can also see under the HECU’s Mask, they look like a younger version of Mitchell

VR was planed. but then removed.

unnamed Woman – Beta Sasha: unnamed Woman is the female character seen in the beta trailer, some people also think they may have been named Jaden, most likely played the same roll to the plot. 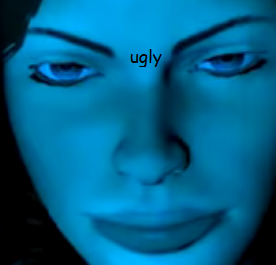 Morgan – Beta Mitchell: he is basically the same as Mitchell But way more of a hard a*s.
has the ability to read minds, given to him by the Vortigaunts or Gamer Man. 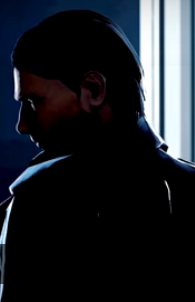 according to D-Stri/Allon Keller he was still mostlikely men’t to be Shepherds Brother.

AS FAR AS I CAN TELL, yes, Mitchell was always supposed to be Adrian’s brother, but this is the kind of plot point that Jaeger didn’t talk about? .

Father Grigori: Mitchell was men’t to fight(?) Father Grigori after Escaping “The Raven” This is shown in a trailer (as seen in the example Videos Section) 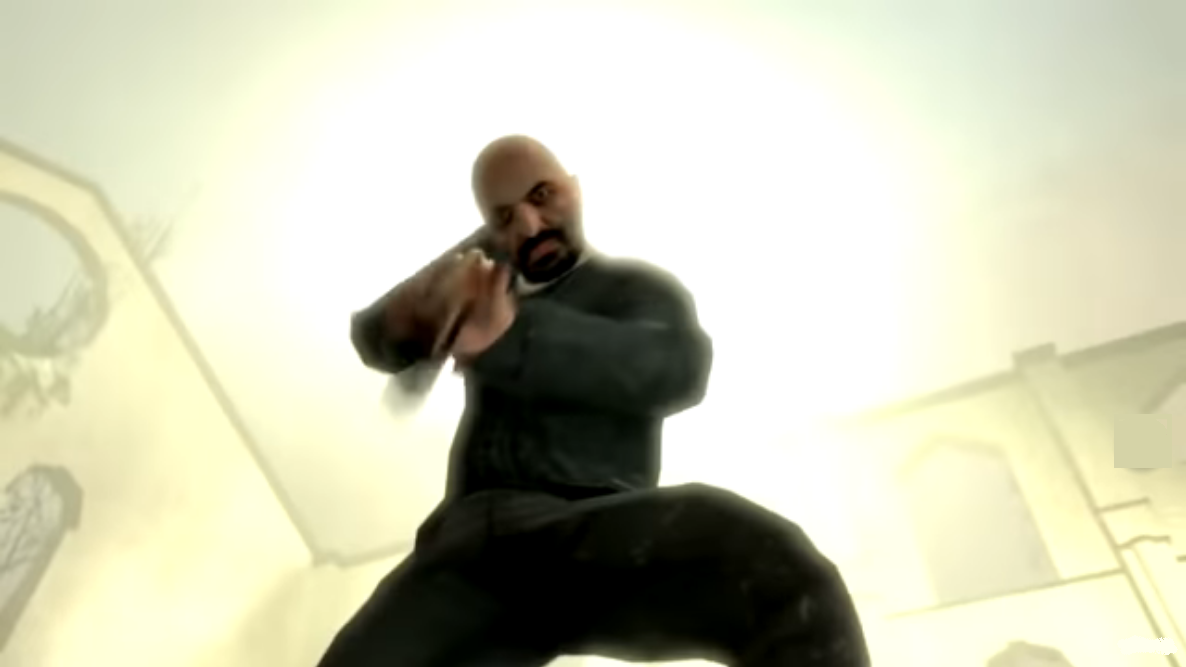 D-Stri/Allon Keller on Why he was cut:

As for Grigori, I have no idea why he was removed from the plot. It might have something to do with the push they seem to have made towards excluding as many canon characters as possible? So far as I can tell, G-Man is the only real canon you meet in HDTF, right? Didn’t they change Gordon Freeman into a red herring?

Smug bastard – Beta Boris: Boris but he looks like more of a business man, i bet Mitch would have had a different way of meeting him. 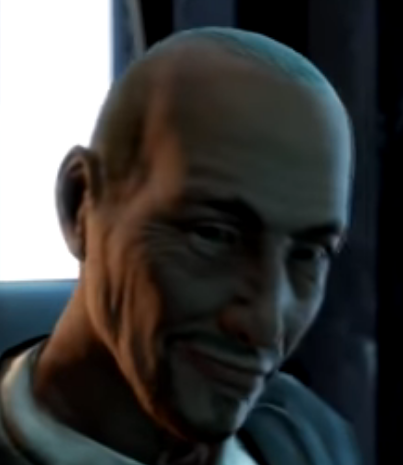 Beta combine: in the beta there where more types of 7 hour war combine. also the combine bled jezz.
Most of them are from this.
https://steamcommunity.com/sharedfiles/filedetails/?id=306062761&searchtext=

Sarge – Beta Roosevelt: A generic Captain. is seen fighting the hydra in the trailer, was most likely killed in the same scene.

The Voice actor on weather or not he would die in the next scene:

Dunno. Don’t think so. From my understanding, Sarge was supposed to be the Revolver Ocelot analogue. Hense why Jaeger asked me to do my best old ocelot impression rofl. 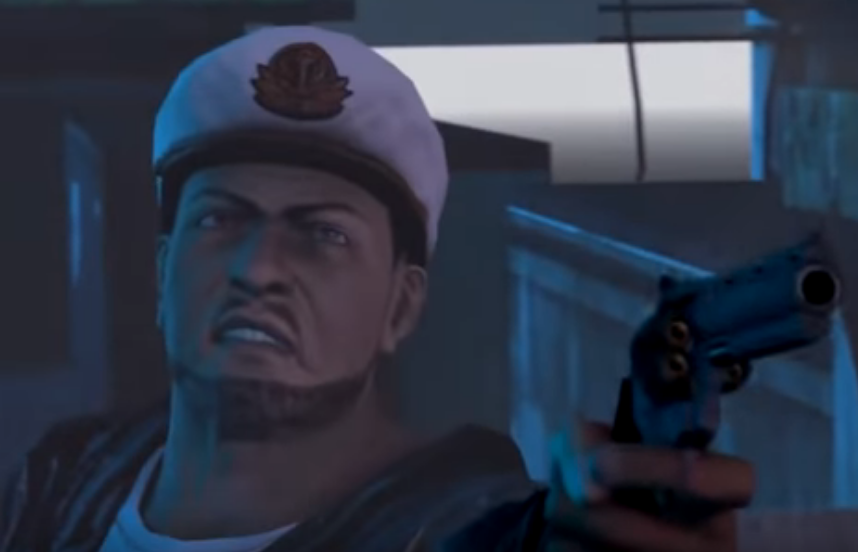 It is generally the same but with different characters.

D-Stri/Allon Keller stated when asked that, in the original plot Mitchell/Morgan
would hunt the down the freeman

From my understanding, originally, yes.
Including Gordon Freeman’s face in the original trailer wasn’t supposed to be later used as a bait-and-switch. It was in the original plot, that Morgan would hunt down Gordon.

Wolfcl0ck says in the description that Mitchell was men’t to die in A3C8P2, with cremators storming the house after Mitchell fended off the combine.

I hope you enjoy the Guide we share about Hunt Down The Freeman – Beta/unused content.; if you think we forget to add or we should add more information, please let us know via commenting below! See you soon!