Most of the vessels presented here are not original creations on my part. They were derived from suggestions made on the Steam and Reddit sub-forums for Highfleet. That said, I did not copy and paste any of these war machines. Additionally, they all saw extensive tweaks and overhauls in order to get the maximum amount of viability out of each design.

Before getting into the stats for individual ships, I think it would be a good idea to touch on three key points of fleet doctrine which guided the general design philosophy on display here. The first is speed. Basically, there are one of two categories to aim for – slow or fast. “Slow”, in this case, means keeping up with the Sevastopol (100 give or take). “Fast” is standing a decent chance of getting a sudden strike on local garrisons (around 300). Any ship significantly outside of these two ranges (or directly between them) is going to slow down the reset of the squadron or fly at sub-optimal speed themselves. Either way it’s inefficient. Second is range. More is obviously better, but not at the expense of combat effectiveness. The distance between towns varies, but always seems to be somewhere between 850 and 1500. Having less than this range leads to an easily stranded ship in constant need of attention from fuel tankers. The third and final point is cost. I have seen a lot of airborne monsters that will pretty much thrash any opposition, but as a consequence they are outrageously expensive. The real challenge of the Highfleet editor, in my opinion, is to build ships that aren’t cost prohibitive yet still capable of fulfilling their intended roles. So, keeping those three criteria in mind, here are some designs. 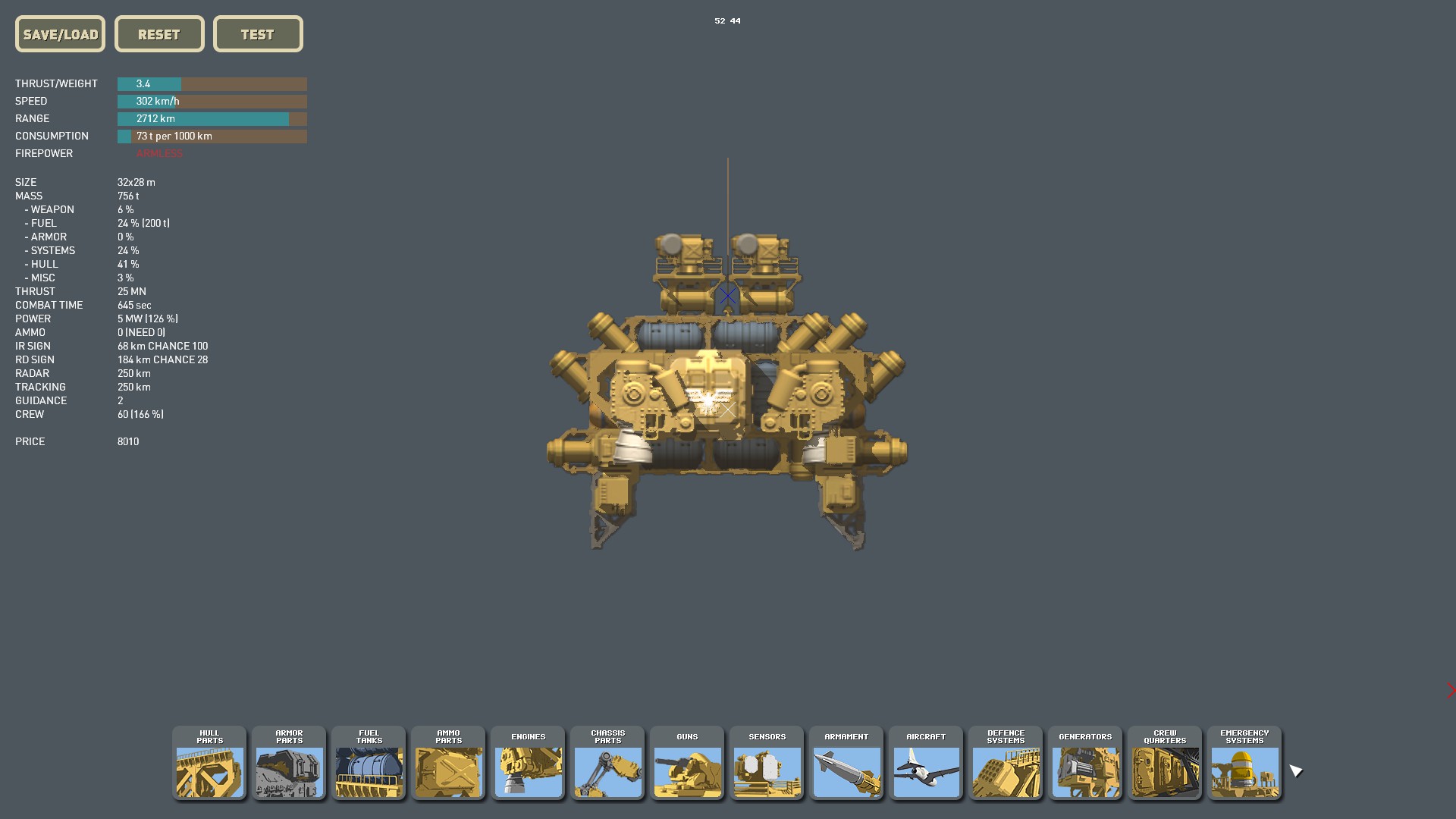 Description: Simple, cheap and a bit of an eyesore, the Sentinel acts as a picket ship (protecting against surprise jet and missile strikes) while scrounging around the flaming wreckage of a victorious battlefield in an attempting to recover valuable salvage. 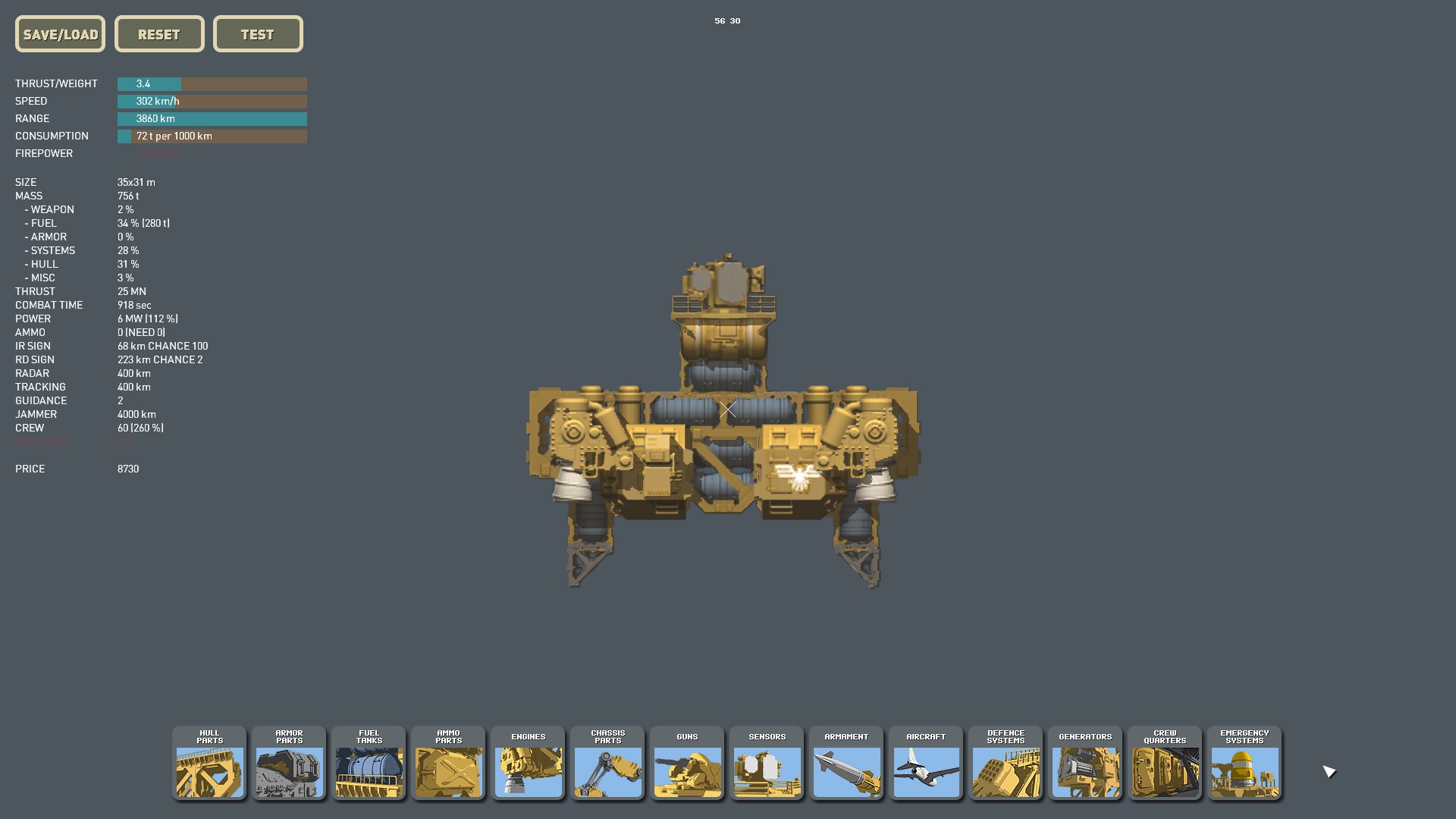 Description: While the Sevastopol comes with an impressive array of both passive and active sensors, there are times when a cheap semi-expendable scout ship can come in handy; creating diversions, visiting intel sites, and hunting for hidden rest stops are just a few examples. It is also equip with a jammer and anti-missile system though lacks offensive weapons. 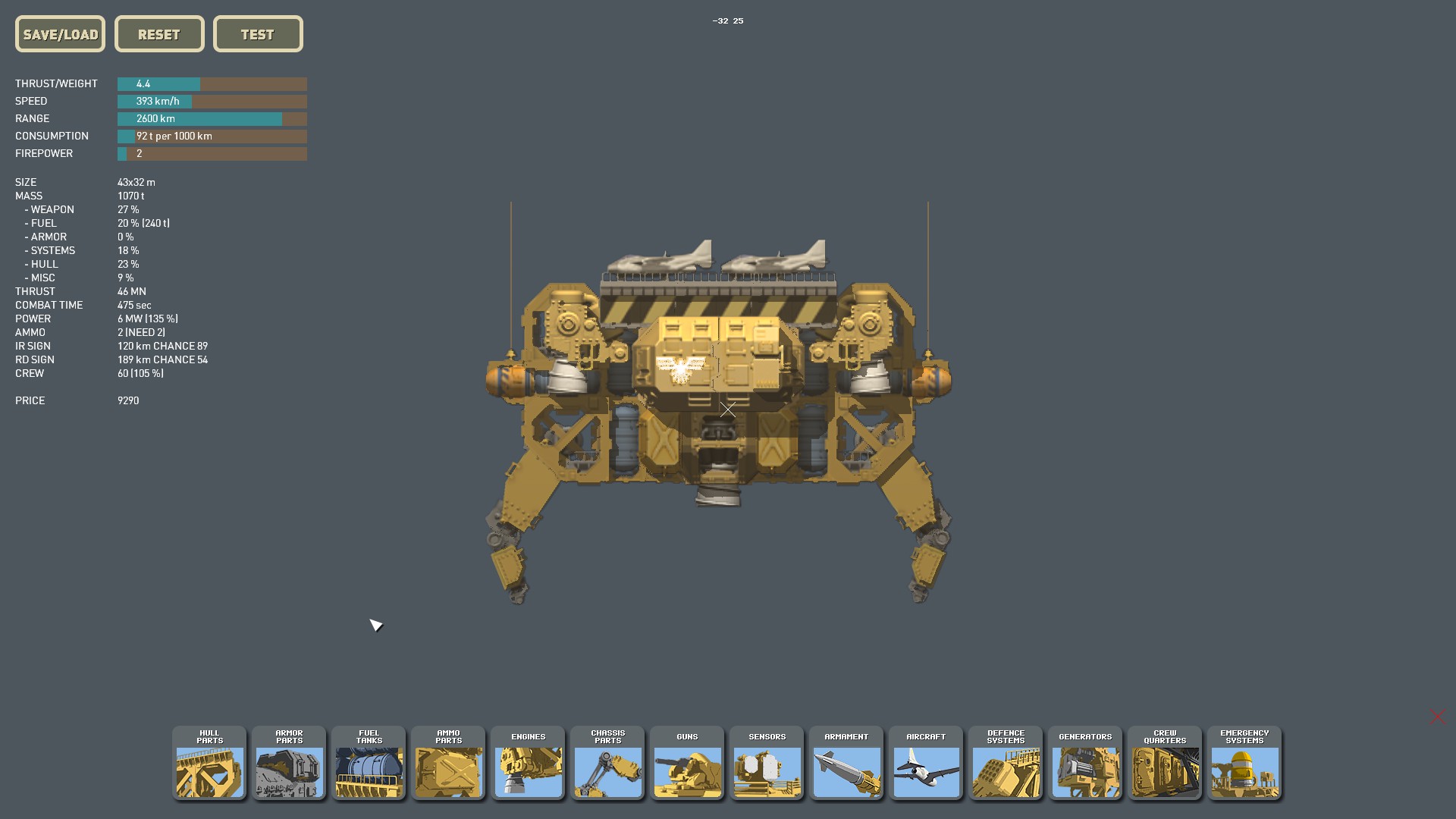 Description: Designed as a “pocket carrier,” the Chakram is a swift and inexpensive scout with decent range. While unarmored, it does have two aircraft that can give it a small amount of striking power. More importantly though these two jets are well suited to recon work. 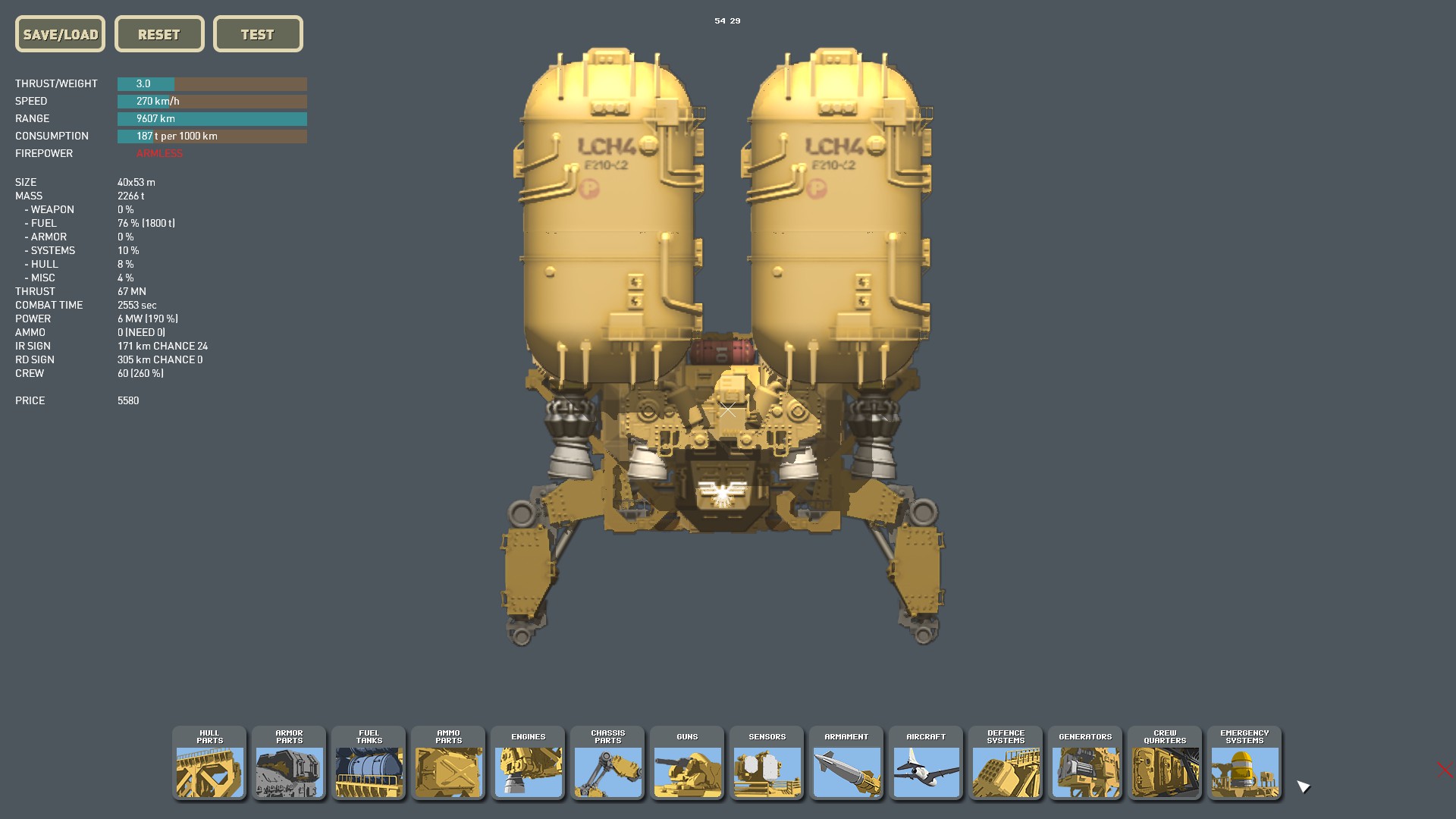 Description: A cheaper alternative to the default tanker. Mules are ideal for extending the range of player controlled ships that are trying to operate independent of the Sevastopol. While unarmed and unarmored, their distinctive shape gives them some chance of surviving an air raid or a hit from a cruise missile. 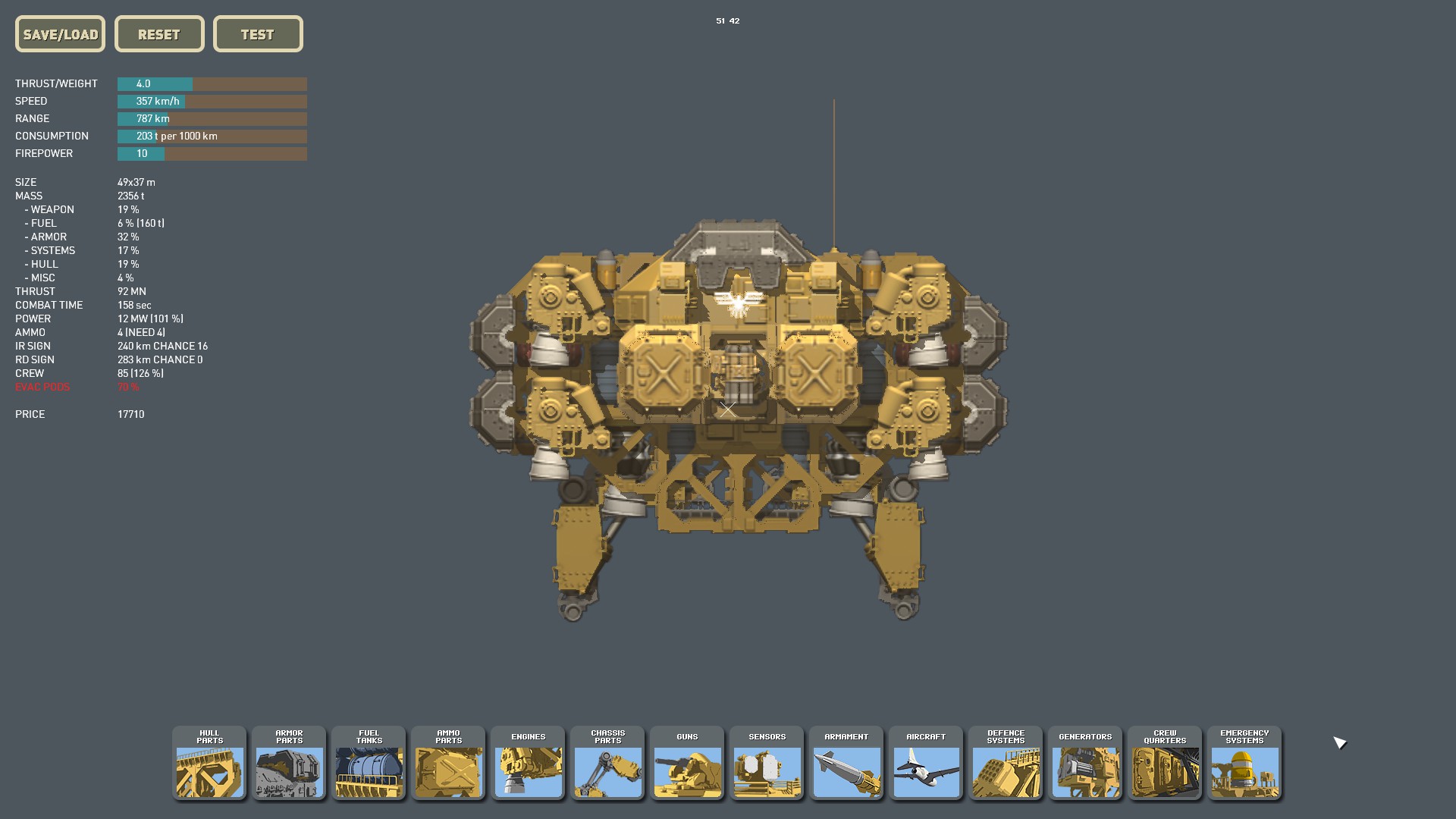 Description: The Dervish is an attempt to pack a rocket/missile launcher platform into the smallest frame possible. It is not expensive and has respectable speed, but lacks range and the ability face off against numerous foes. Recommended tactics are to flee if surrounded and re-engage later. 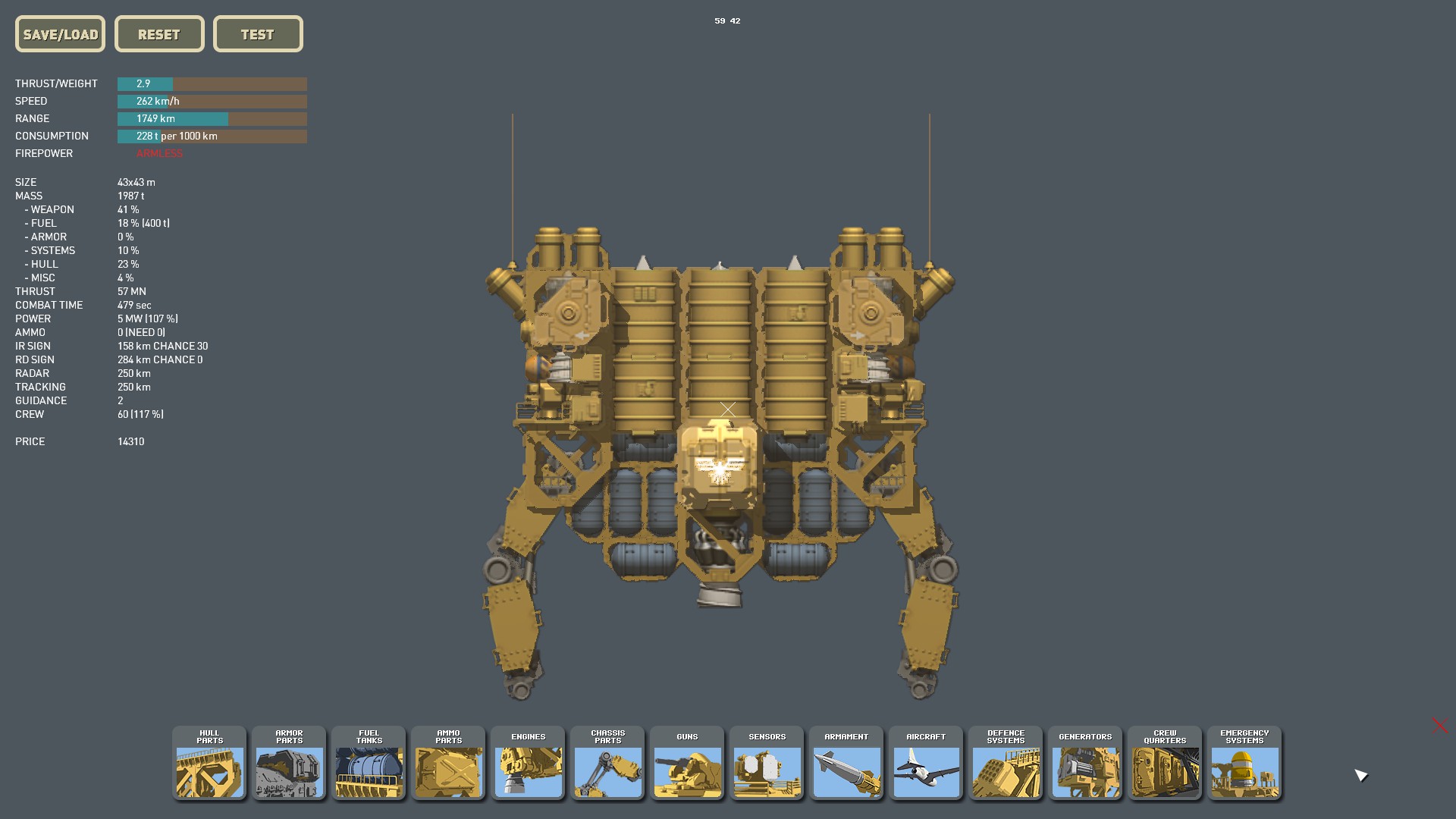 Description: The default missile carriers (Yars, Triumph, Tarantula, Egida, etc.) function well enough, but only have an even number of launchers (either 2 or 4). Why not split the difference with three tubes?…and provide the player with some defenses should they find themselves on the receiving end of a long range strike. 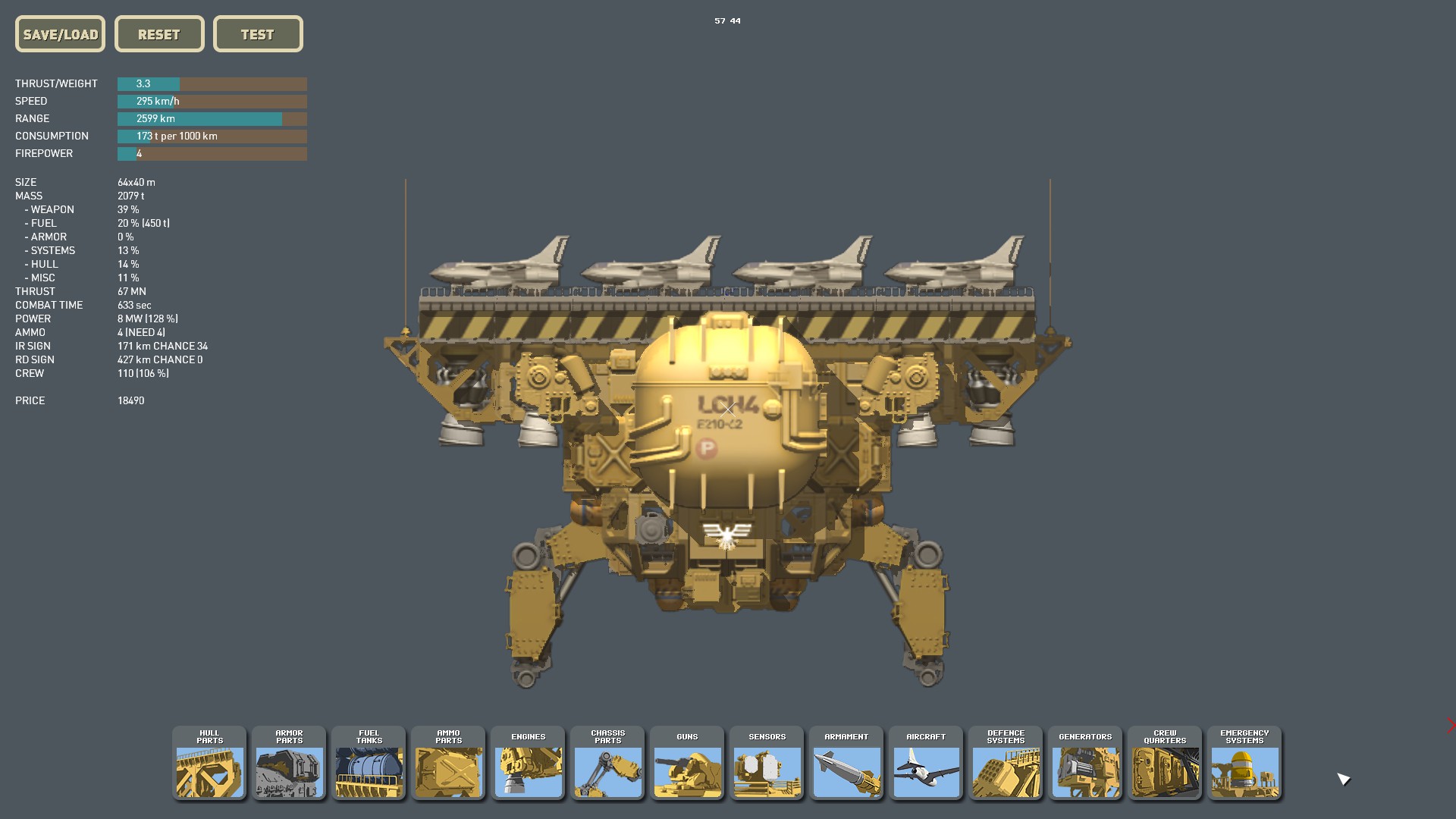 Description: Being able to deploy jet aircraft on a budget is what the Shortbow is all about. At less than half the price of its bigger sister (the Longbow), this light carrier still has decent striking power. In a pinch, the Shortbow can also share its ample fuel reserve to extend the range of other ships. 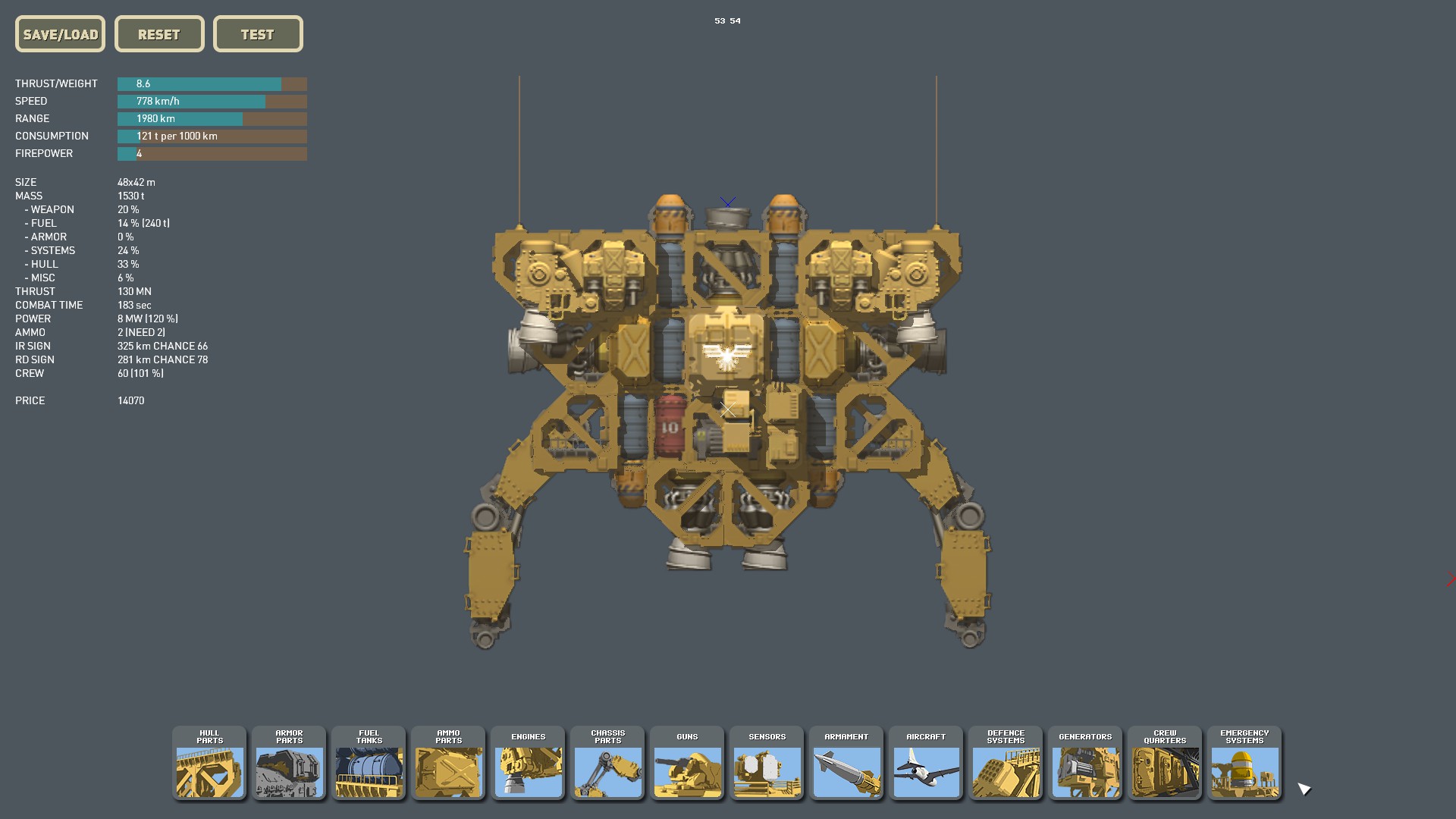 Description: By utilizing the option to place fixed thrusters at 90 degree intervals (introduced in version 1.15 of the game), the Hyena is faster, cheaper and has better range than the Lightning. Loaded up with special ammo it can be quite deadly, but must dodge constantly due to it’s fragile design. 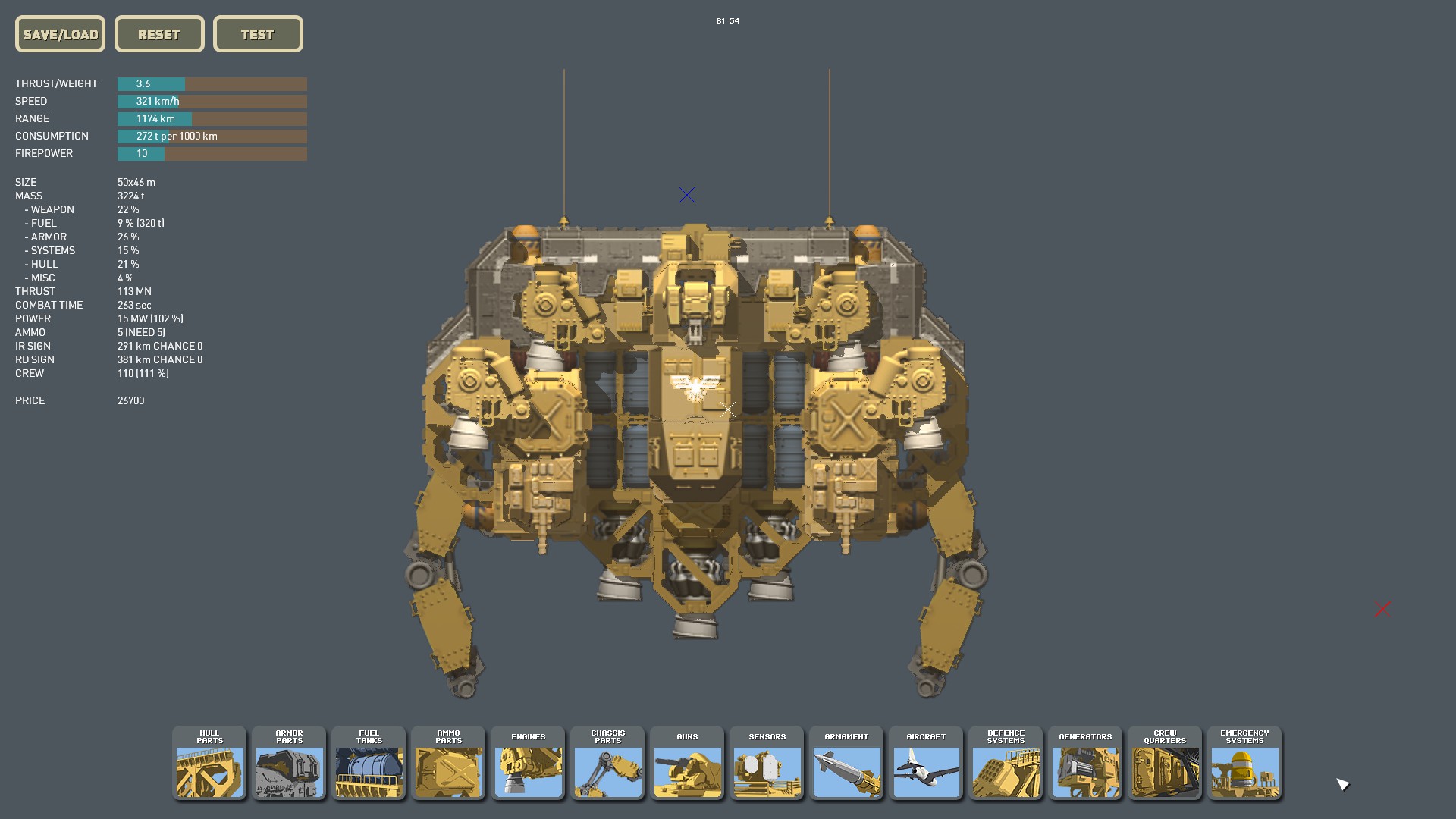 Description: Armed with a pair of the heaviest cannons in the game, the Bulldog is a small ship expressly made to take down enemies much larger than it. Against foes of equal or smaller size it fairs poorly unless proximity rounds are employed, in which case it can dispatch them with relative ease. 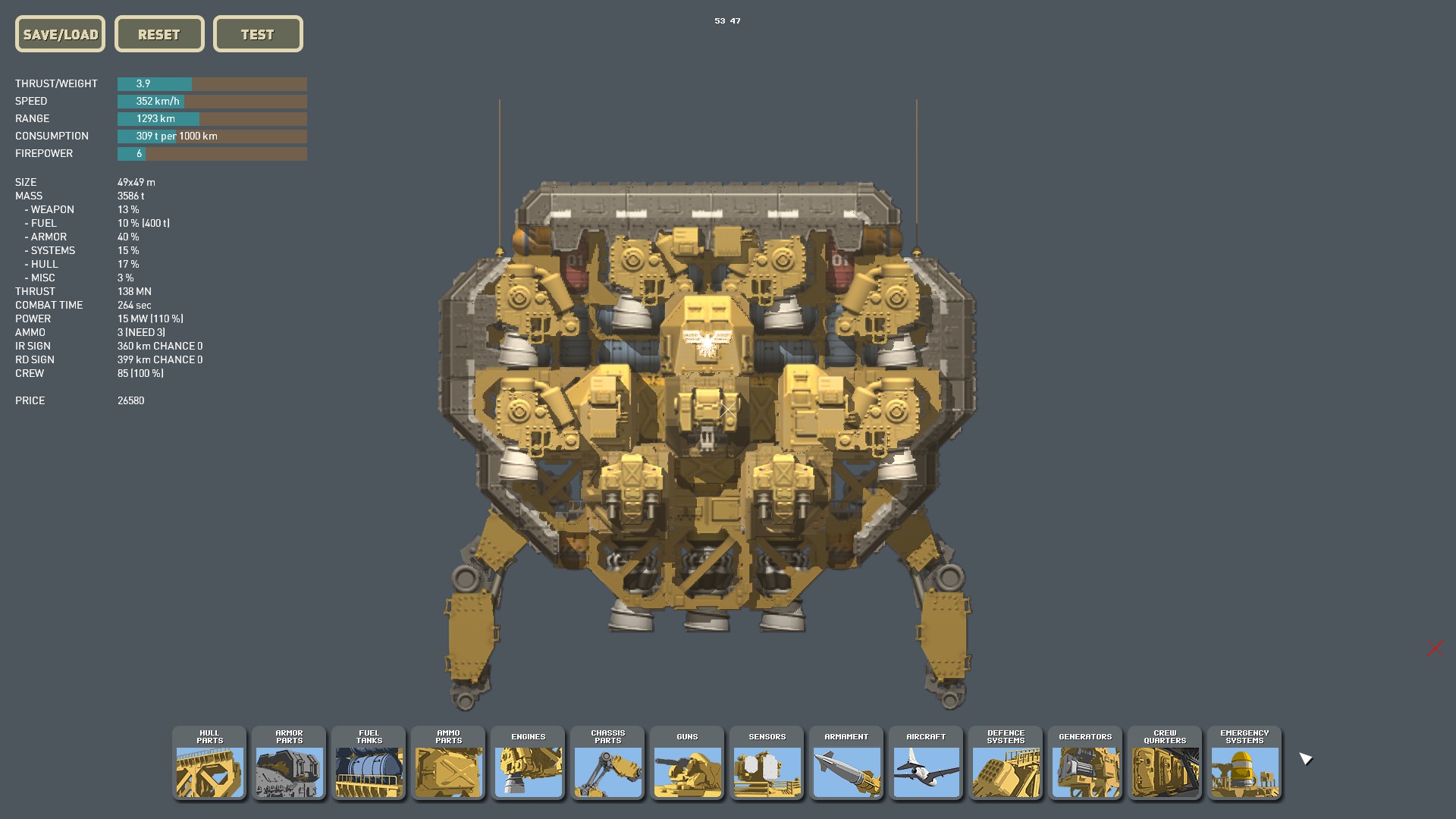 Description: Serving as compromise between armor, firepower, speed and range, the Lynx is well suited to clearing out lesser garrisons or capturing prize trade ships. Ideally the Lynx should pounce on targets with close-range bursts of 100mm cannons while using its Gatling gun to shootdown incoming missiles. 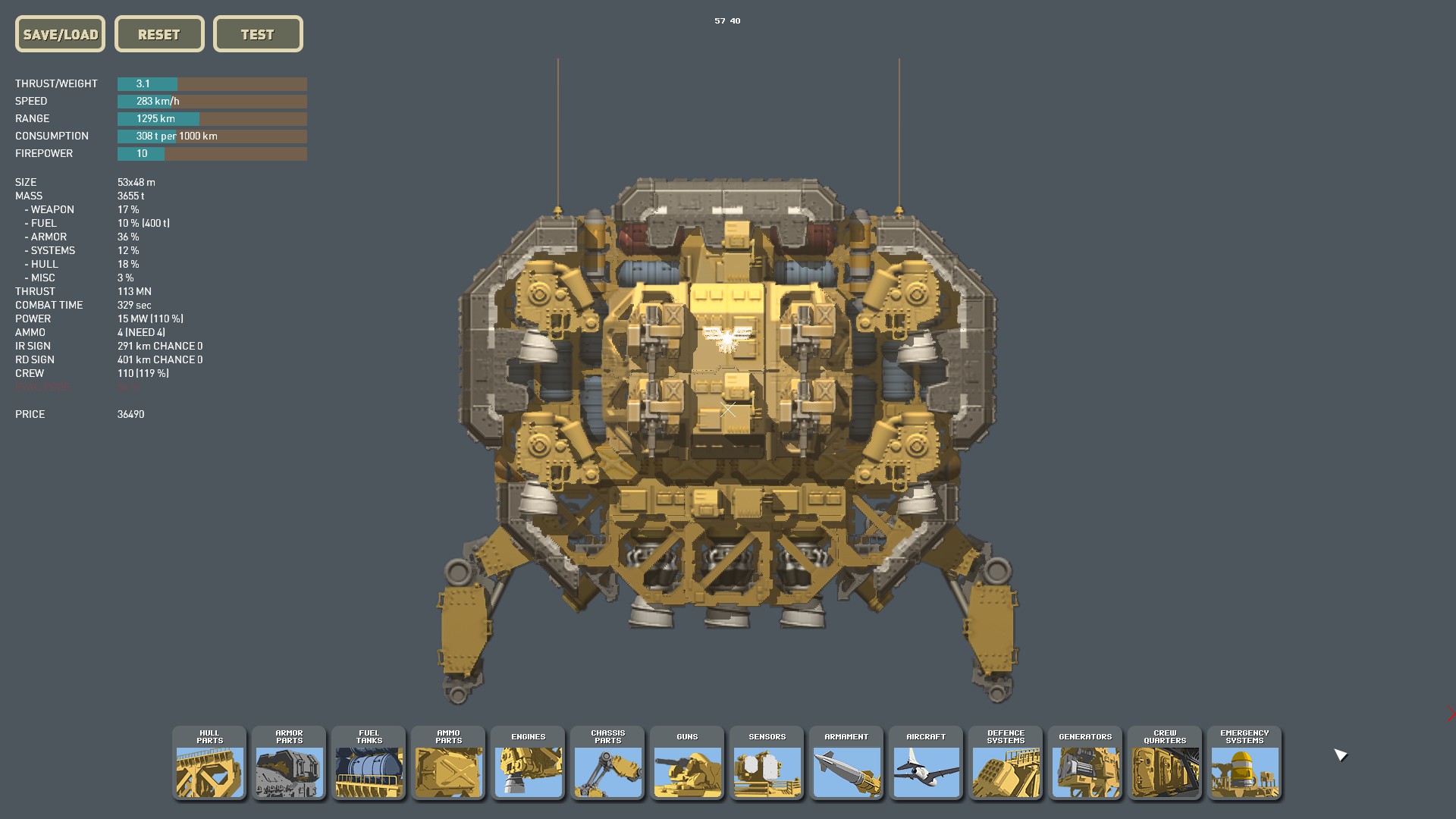 Description: Taking the tried-and-true quad-turret arrangement and applying to 130mm cannons, the Puma is well suited to a snipe-and-dodge style of aerial combat. Due to the lack of any rapid fire weapons, a flare system has been installed to ward off incoming missiles. 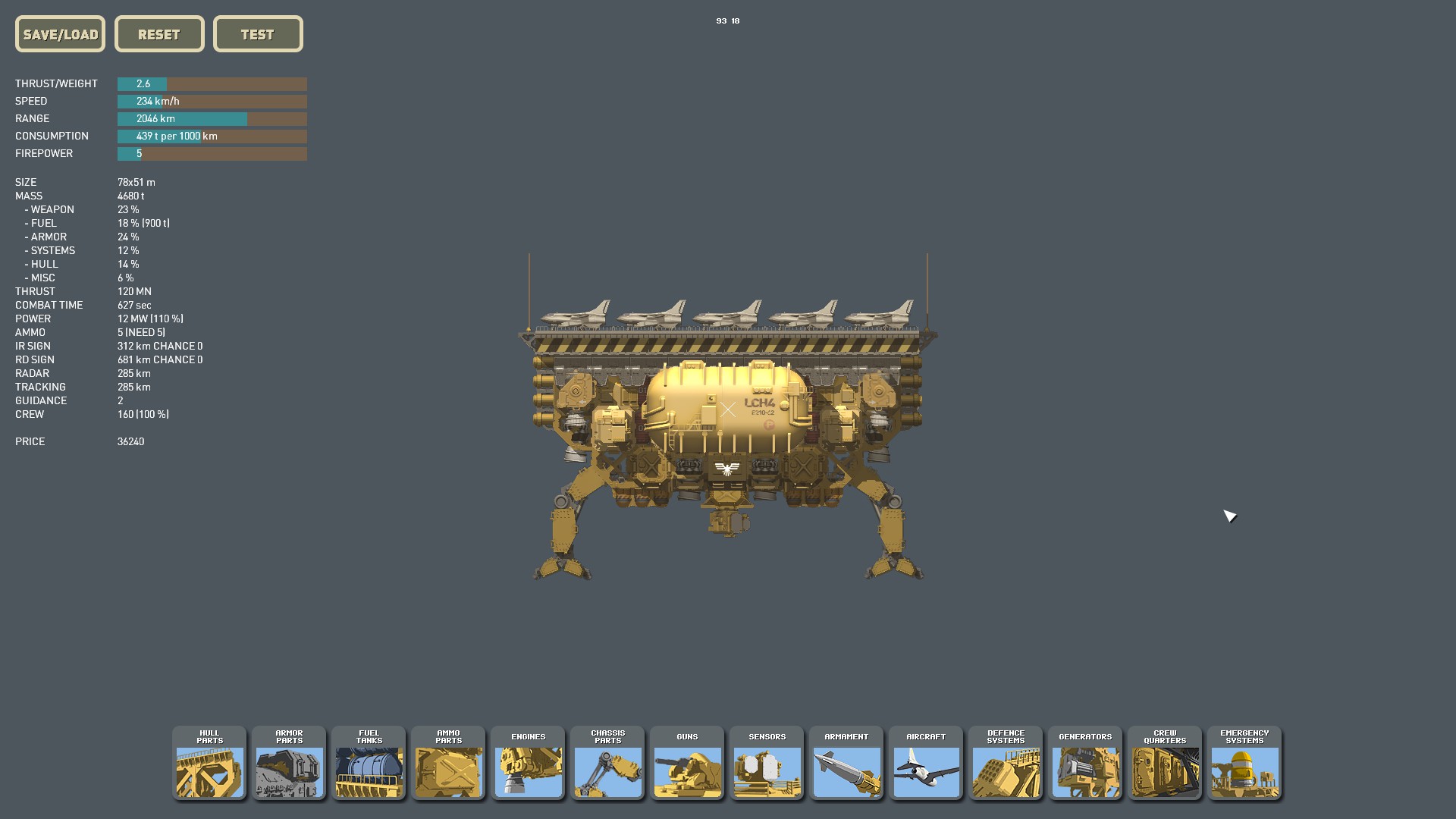 Description: The Crossbow is an attempt to improve carrier survivability through various experiments involving an armored flight deck. While still vulnerable on the underside, this particular design can tolerate a degree of punishment to the top. 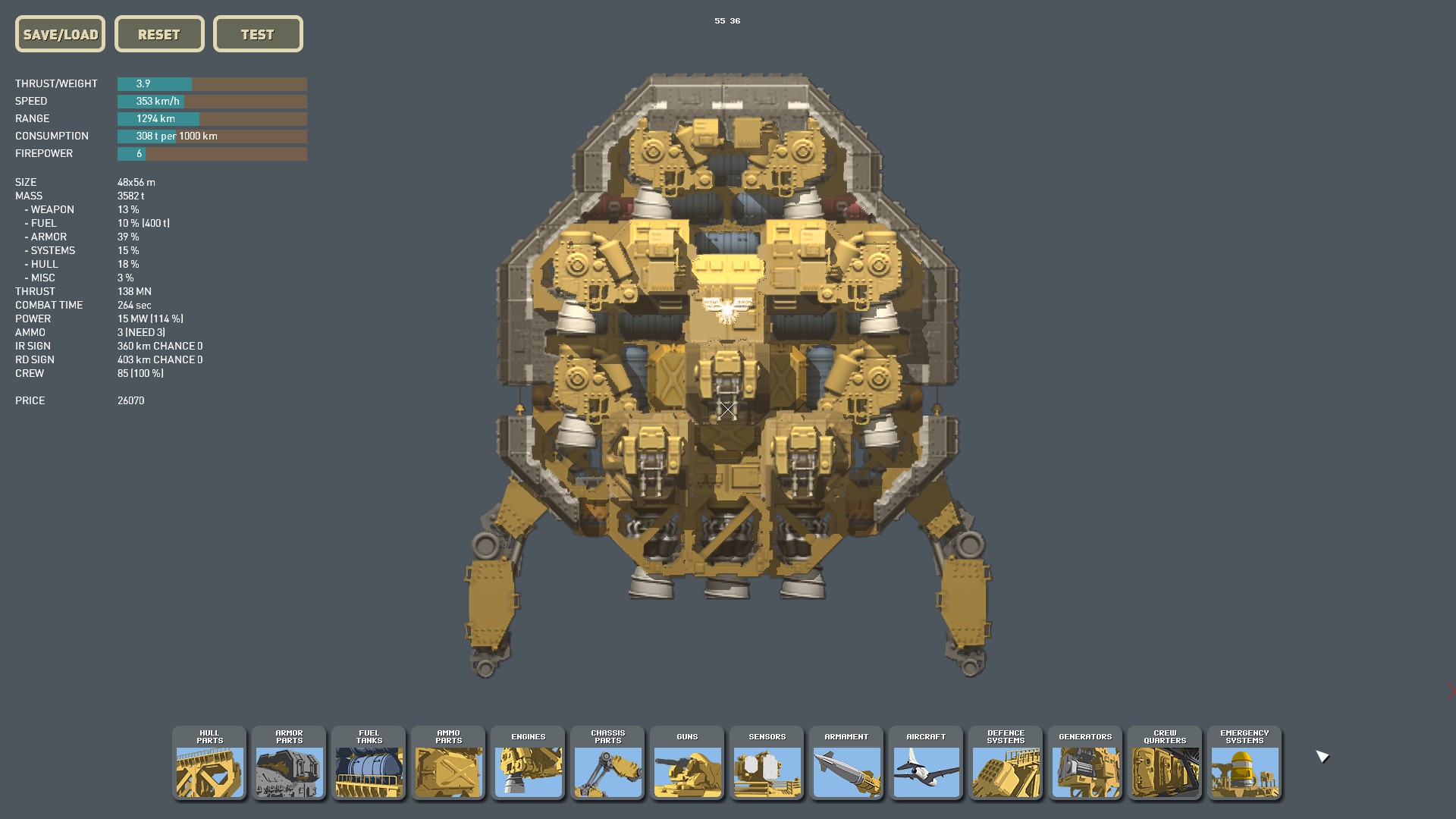 Description: Fiddling around with different configurations and layouts, I basically stumbled on a design that is identical to the Lynx in every way except the shape. For the sake of variation though it is presented here with a trio of 57mm guns rather than the Lynx’s 37mm and 100mm armament. 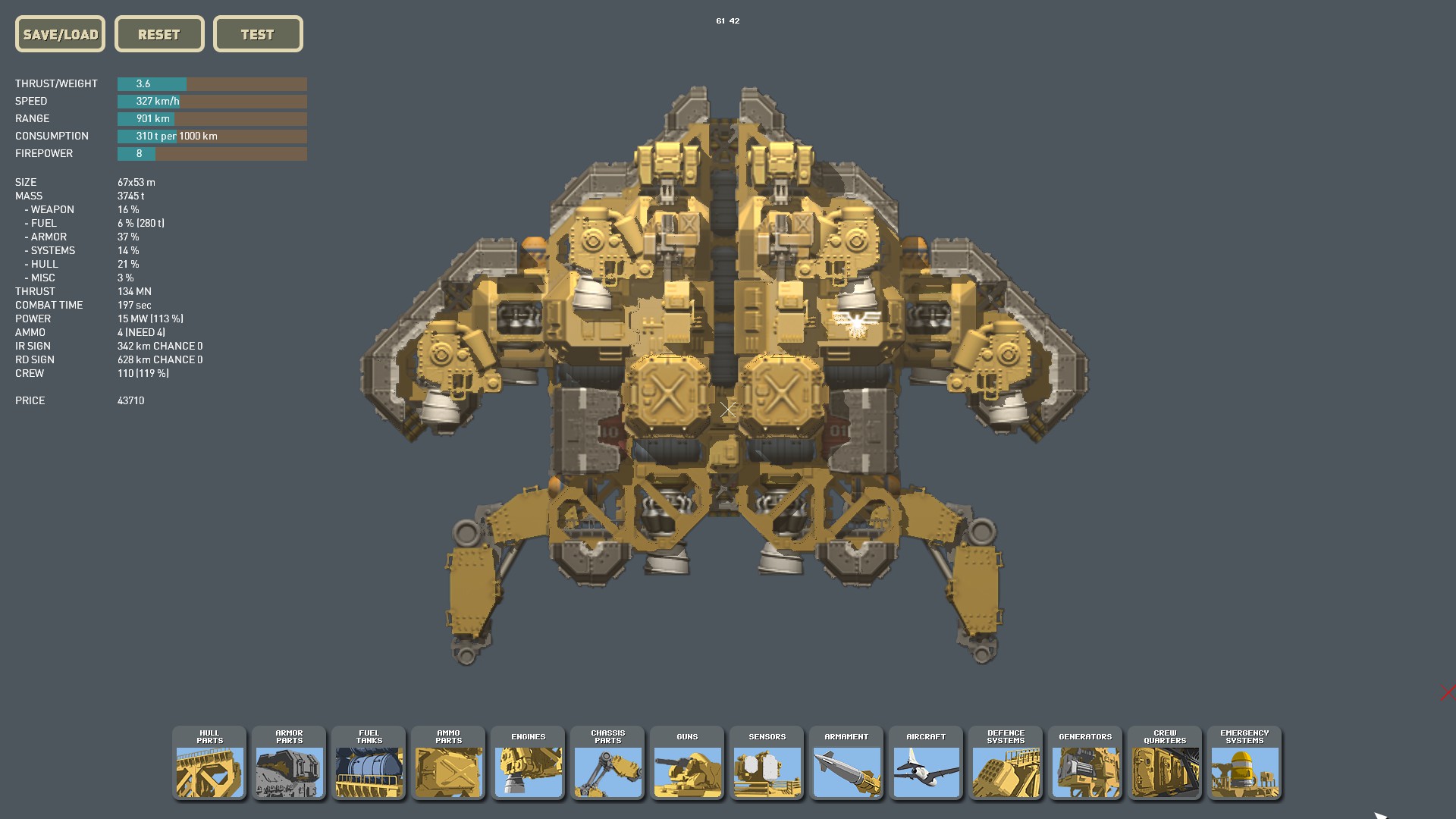 Description: A pricey design that was an attempt of mine to integrate a palash defense system that covers every angle of attack. Removing it reduces the cost by a full 12,000 and still leaves you with a decent combat frigate which I like to simply call the “Hawk”. 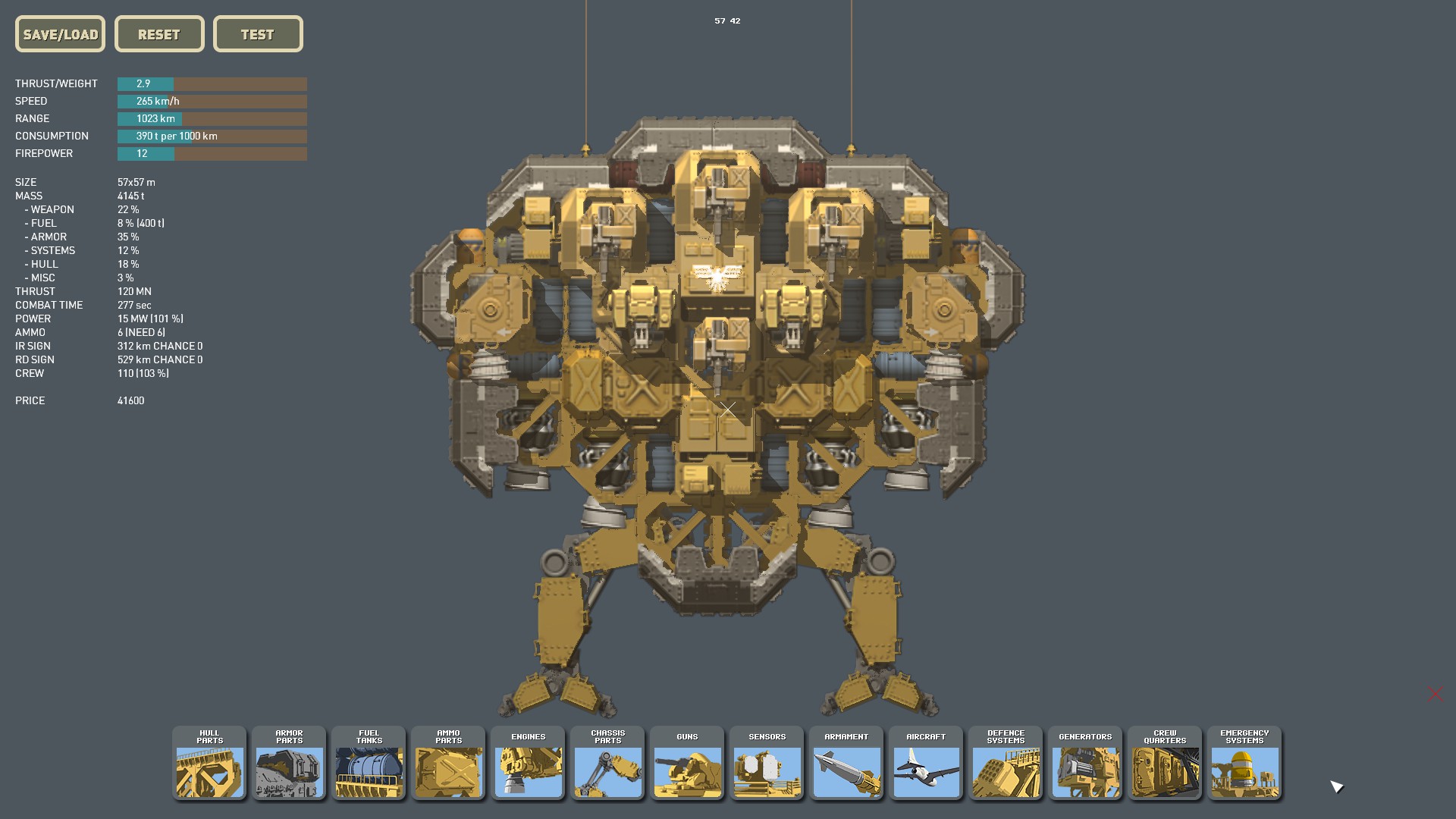 Description: No matter how agile or well outfitted you’re going to get hit sooner or later. This means landing in a dock for repairs is an unavoidable necessity. Big ships can either go wide, landing on multiple pads for a bigger bonus, or they can go tall and narrow so they can slip into those sunken 70 meter pads that offer faster repair speeds. Vanguard is the latter. 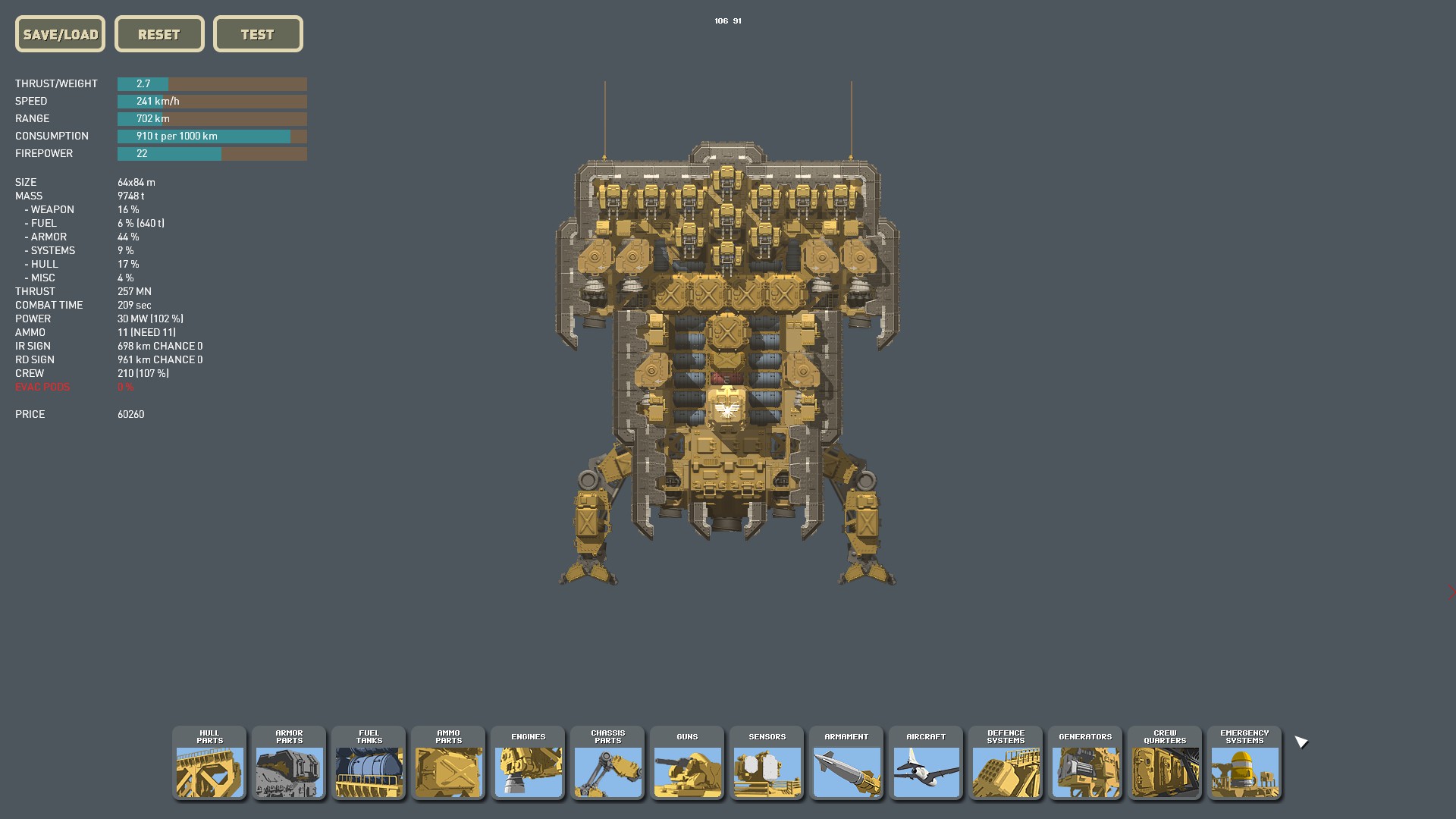 Description: Able to project a wall of flack in any direction, the Duelist is quite expensive, but also quite resilient. It can shoot down missiles and destroy incoming high caliber rounds with ease. Meanwhile, its armor will stop smaller rounds from inflicting structural damage. 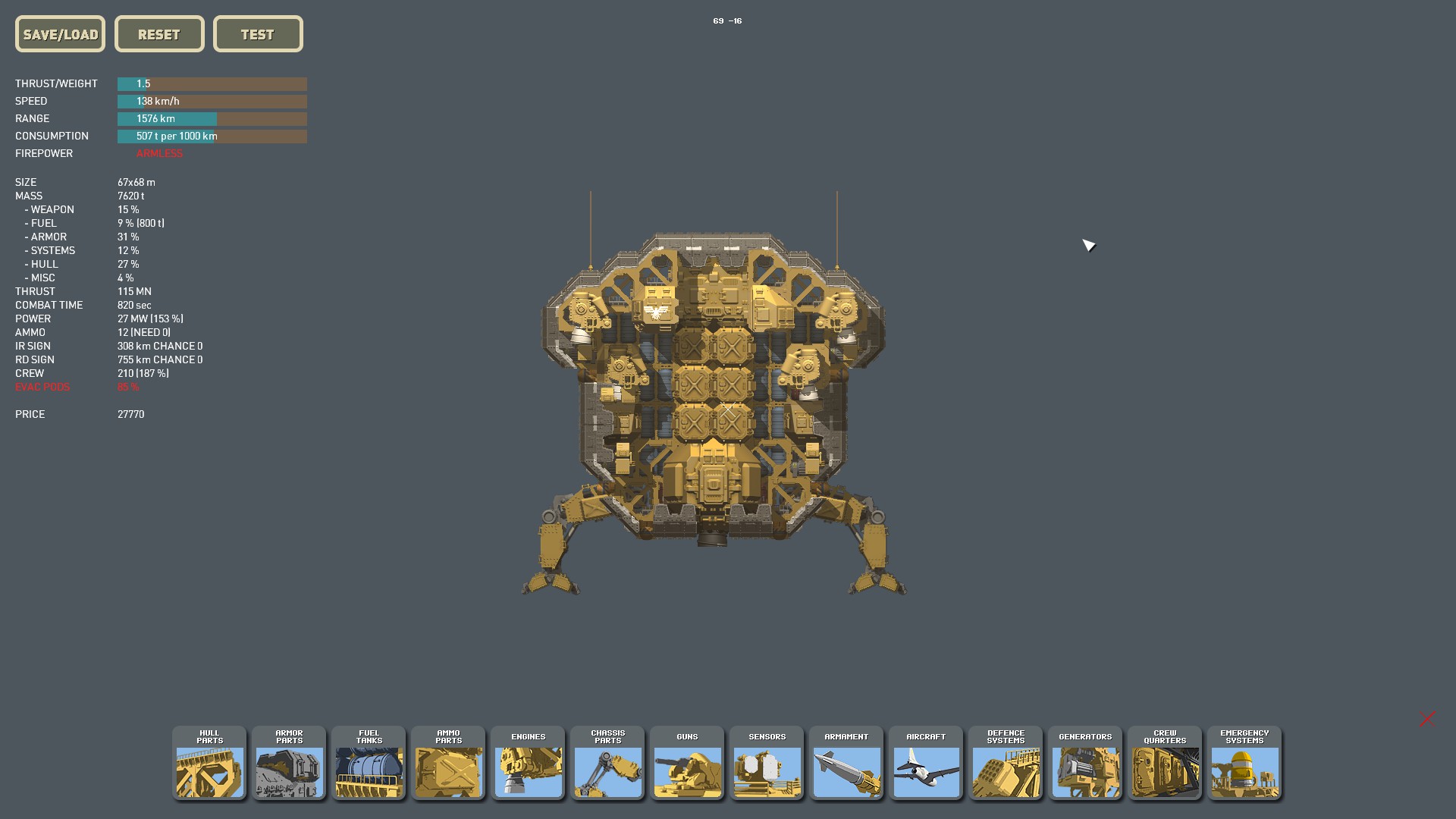 Description: While shown here fully armed, the idea behind the Cyclops is an initial cost saving strategy. By removing the guns the price is cut in half. Purchase it at the start of a new campaign in this unarmed form, then transfer over the big 180mm six-shooter that comes on the Sevastopol (plus four secondary guns of your choice) at the first opportunity. Congratulations! You now have a powerful and yet expendable cruiser that only cost about 27,000 credits. 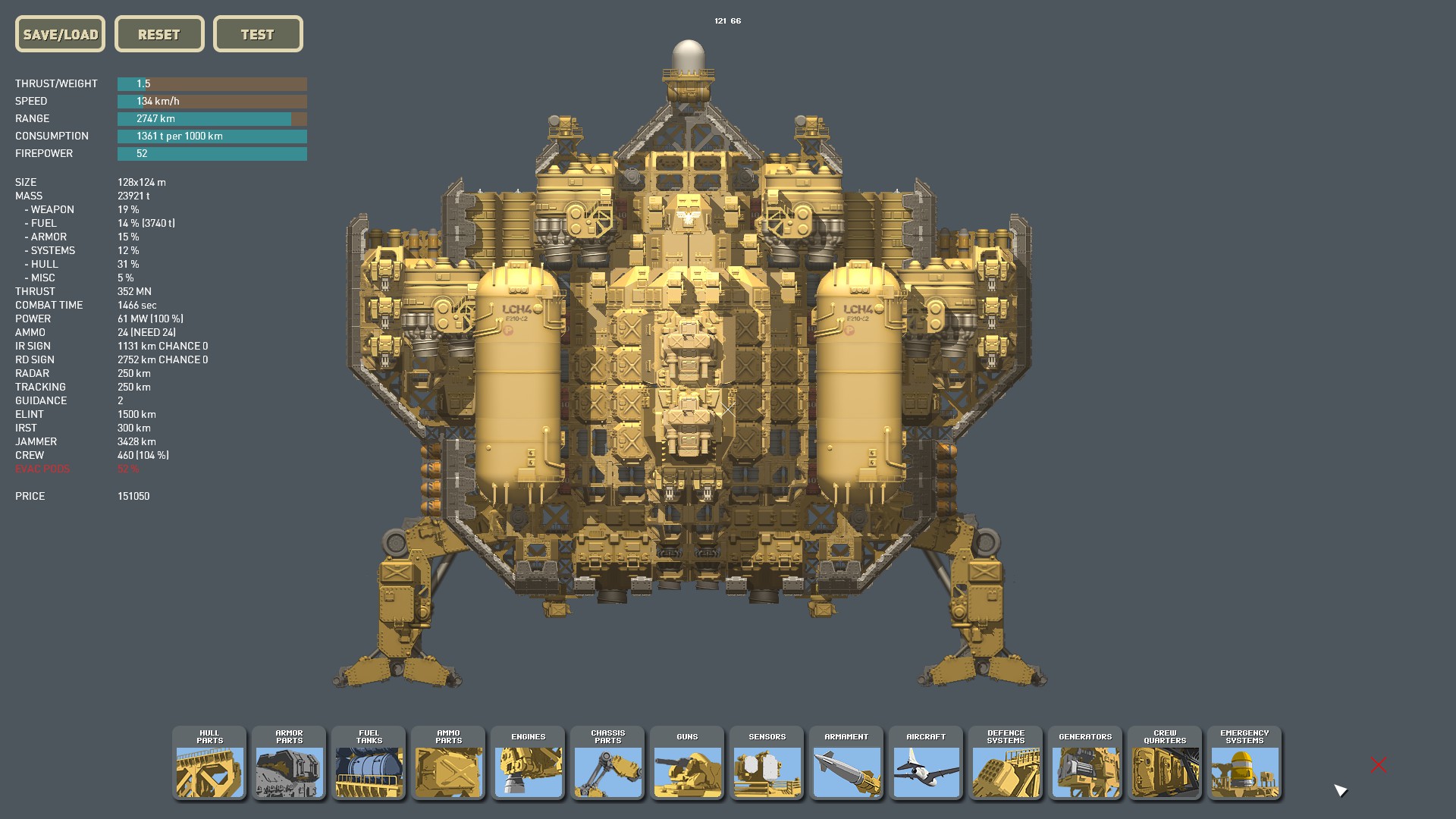 Description: Having a 360 degree main battery that costs as much as a light cruiser, the Sovereign is basically a gigantic flying crown for the king of the skies. Highly impractical, but my answer to the question, “What if I could build my own flagship instead of being stuck with the Sevastopol?”

Click HERE – [google.com]  to access a shared online folder that has the data files for the ships presented above.

This is all about HighFleet – Lowfleet; I hope you enjoy reading the Guide! If you feel like we should add more information or we forget/mistake, please let us know via commenting below, and thanks! See you soon!