Hades features many boss fights required to move on to the next area. These guides will show you how to defeat those bosses (or more specifically, how I defeated those bosses, as there are many ways to play the game,) starting with the first boss – Megaera, First of the Furies (or any of her Fury sisters.)


Check out my other guides. I’m gonna post the other few bosses soon.


I would recommend starting the run with Skelly’s Lucky Tooth as your keepsake, and the Shield of Chaos as your weapon. The Shield of Chaos is incredibly powerful, especially as you upgrade it with the Daedalus Hammer.

MEGAERA – FIRST OF THE FURIES 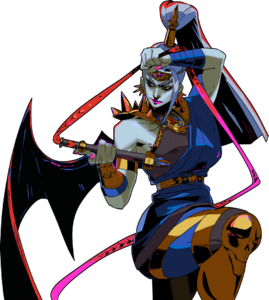 You may encounter a mini boss fight or two in the depths of Tartarus, but your first true boss fight will be with Megaera, the First of the Furies. If you’ve tried enough runs, eventually it’ll be one of her sisters (Alecto and Tisiphone) that will take her place, which each have their own fight style.


However, Megaera’s fighting style is quite simple. She has four main attacks, so the quickest and easiest way to defeat her would be to counter her attacks, and hack away during moments in between when she’s preparing her next attack.


LUNGE: Megaera pauses briefly and dashes towards the player, dealing up to 13 damage on impact. The easiest way to counter is to wait for her dash to begin, then dash or shield bash away, then turn around and deal some damage.


WHIP WHIRL: Megaera will try to get close to the player and slash her whip around herself, dealing up to 13 damage. The whip’s range will be indicated on the floor beneath her, so once she begins to whip, immediately dash or shield bash out of the radius and wait for the attack to stop, then deal some damage while she catches her breath.


VOLLEY: Megaera fires a volley of rapid shots towards the player which each deal up to 4 damage. The best counter would be to hold up your shield (Hold X on controller, or Left Mouse Button on Keyboard + Mouse) and look directly at her. Your shield will block any shots that would’ve otherwise hit you. (If you have any abilities with DEFLECT, attempt to use these to deflect shots back at her). I would recommend shield bashing towards her (which blocks all shots) to get close to her. Once her volley is done, you will have a short window of time to deal damage. 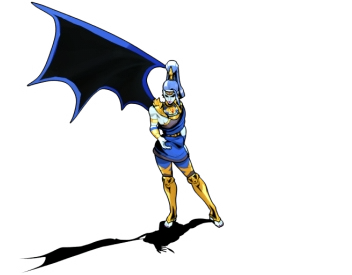 FLAME: Megaera repeatedly summons a random pattern of circles around the player, which deal up to 8 damage per ring if the player is still standing in them when they activate. The easiest way to counter these is to hold the attack button (X on controller, Left Mouse Button on Keyboard/Mouse) and shield bash out of the way. Repeat until the attack is finished.


Along with these attacks, Megaera may summon some reinforcements (thugs and witches) which are simple to defeat. Just make sure to not lose track of them, as they could get the better of you if you keep your attention on Megaera. 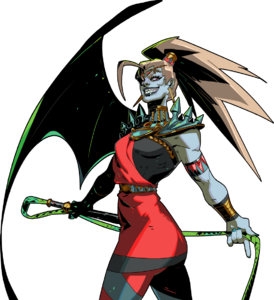 As mentioned above, given enough runs, you may find yourself fighting one of Megaera’s sisters in her place. This section will describe how to defeat Alecto. You’ll know it’s Alecto if the sister you’re fighting has a red dress and a green wing.


Unlike her sister Megaera, Alecto has five main attacks, though most are similar to Maegara’s attacks, so the best way to defeat her is to counter each attack and strike during the small window of time after she finishes each attack.


NOTE: Alecto has a Rage meter that fills during the fight, either through receiving damage or from her Build Rage ability. After the Rage meter is filled, Alecto becomes invulnerable for a very brief duration. She then rapidly increases her attack/movement speed and briefly unlocks all of her abilities, regardless of her current health. Her Lunge and Whip Arc attacks release volleys of projectiles, her Lightning Chase receives an increase to the rate of summons, and her Whip Shots become larger.


LUNGE: Same as Megaera’s lunge attack, just wait for her dash to begin, then dash or shield bash away, then turn around and deal some damage.


WHIP ARC: Alecto attacks in a small arc in front of her. One of the most basic attacks in the game. Just dash or shield bash out of the way if you’re standing in the arc. I would recommend to shield bash through her, then turn around and get some quick hits in.


BUILD RAGE: As mentioned above, Alecto is unique in that she has a rage meter, which can momentarily make her invulnerable and more powerful. When using her Build Rage attack, Alecto stands still and begins increasing her rage meter. Though she doesn’t directly attack, she will fire off shots around her, similar to Megaera’s Volley attack. She stops building rage when you attack her, so quickly charge at her with your shield bash to build up as little rage as possible.


LIGHTNING CHASE: Similar to Megaera’s Flame attack, Alecto summons a ring underneath the player, so dash or shield bash out of the ring to not take damage. I would recommend shield bashing towards/through Alecto to get some quick damage in, unless she is next to a wall, because otherwise you will just shield bash into the wall and stay stuck in the ring. Also keep in mind that she would be moving during this time, so try to time it right when she’s away from a wall, but don’t wait too long because you’ll take damage! 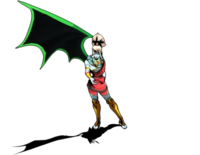 WHIP SHOT: Alecto shoots out a spike ring, sort of like a Beyblade with spikes. It will bounce around the walls, so just dodge them until they eventually fade out. Alecto may shoot multiple spike rings, so try to make a mental note of where they are so you don’t accidentally get hit by one from behind!


Just like how Megaera had reinforcements, Alecto can summon reinforcements too! She summons Louts – [fandom.com] . Try to take them out or limit them, because if you have too many louts on you, they could easily overpower you. 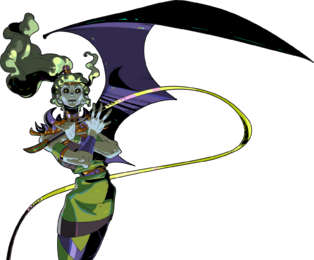 The final Fury sister you may face is Tisiphone. Her unique chamber has no traps, unlike her sister’s chambers, which make her a little bit easier to defeat for new players


Like her sister Megaera, Tisiphone has four main attacks, and like her sisters, the best way to defeat her is to counter each attack and strike during the small window of time after she finishes each attack.


WHIP LASSO: Tisiphone lashes out at the player, and stuns you if she hits you, then lunges towards your location. If you get stunned, this makes you susceptible to her lunge, so watch out for her whip lasso animation and dodge the whip accordingly, then hold your shield bash aimed at where you were standing to strike her when she lunges.


WHIP COMBO: Tisiphone dashes towards the player, then dashes in a random direction. After each dash, she will slash her whip in an arc, so be sure to not be in front of her after each dash. The best way to counter is to dash or shield bash towards/through her for the first dash then pay attention to the second dash. If she’s looking in your direction, shield bash through or past her, but if she’s looking away, then don’t dash towards her, as you may accidentally land in her whip zone.


SLOW BEAM: Tisiphone fires a burst of slow shots in all directions around her, similar to her sisters’ volley attacks. Hold your shield up and face her. I recommend to shield bash towards her to close the gap and deal damage when she’s done.


LIGHTNING: Just like her sisters’ attacks, Tisiphone summons rings under the player which you need to dash out of, but unlike her sisters’, Tisiphone’s rings are in a line that start under her feet and end under yours. 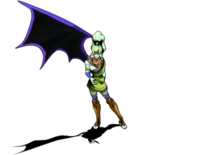 If you find yourself too far away from Tisiphone, just play it safe and dash to the side, but if you’re close to Tisiphone and are willing to risk it, try a shield bash through Tisiphone to get some cheeky damage in.


Tisiphone, unlike her sisters, does not summon reinforcements to fight with her. She also only has 3 phases, in contrast to the other Furies’ 4, making her the easiest Fury sister to defeat. Good luck.

I used the in-game shots of the sisters, but got high quality versions from the links below. I also referred to those links for summaries of the attacks.

I hope you enjoy the Guide we share about Hades – Boss Battle Guide – Tartarus + Tips & Tricks; if you think we forget to add or we should add more information, please let us know via commenting below! See you soon!