Several of the pictures shown in the documentary are real-life, 16th and 17th-century items from New Amsterdam, such as when Prof. Peterson tells about how terrible the maps were back then, this map of New Amsterdam is shown. 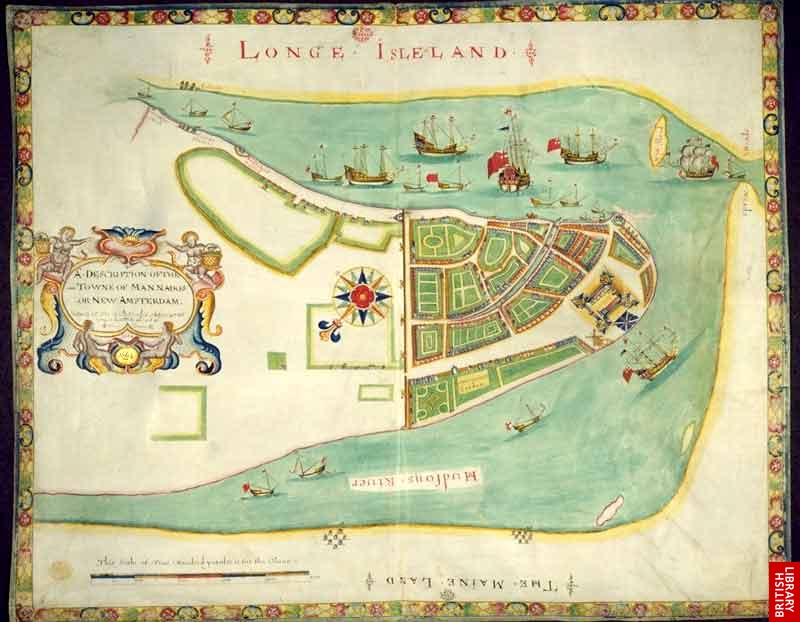 Liberty City used to be a remote Dutch trading post called New Rotterdam. On September 4, 1609, Horatio Humboldt, an English explorer hired by the Dutch to find a new place to sell weed, steered his ship into the mouth of a river coincidentally named the Humboldt by the local natives (based on Humboldt’s writings). According to journals by the ship’s crew, the river had already been polluted by natives expelling waste into the river.

The first European colony in the region was founded by the Dutch. New Rotterdam quickly expanded and proclaimed itself the capital of the world. Advertisements were sent to Europe promising settlers a new life in a new city. Upon further settlements by European immigrants, the city expanded further and many new inhabitants chose an island in the bay which they called Algonquin.

In 1625, the first ships of slaves arrived. The economy boomed and all the local indigenous tribes were brought together and paid for the 14,000 acres of real estate that was inhabited by the European colonists. The Dutch had plentiful resources and traded primarily in beaver skins. The gateway to the New World was also a den of inequity.

The campaign to clean up the city began almost as soon as the city was founded. In the spring of 1647, the Dutch East India Trading Company hired a director general for New Rotterdam named Gloria Hole (based on Peter Stuyvesant) to return civility and productivity to the colony.

Within weeks, Hole banned many activities, including drinking alcohol, smoking, fornicating with Native Americans, gambling and many other social activities such as failure to attend religious gatherings. Within a few years, New Rotterdam had become so diverse that the Dutch had become a minority in their own colony. Diversity was troubling to them, and with diversity came peril.

Taxes were reduced so everyone could afford their own firearm and a pattern for the country is now set in stone. Armed, ignorant, and scared xenophobes tried to protect their borders.

Birth Of A New Nation: 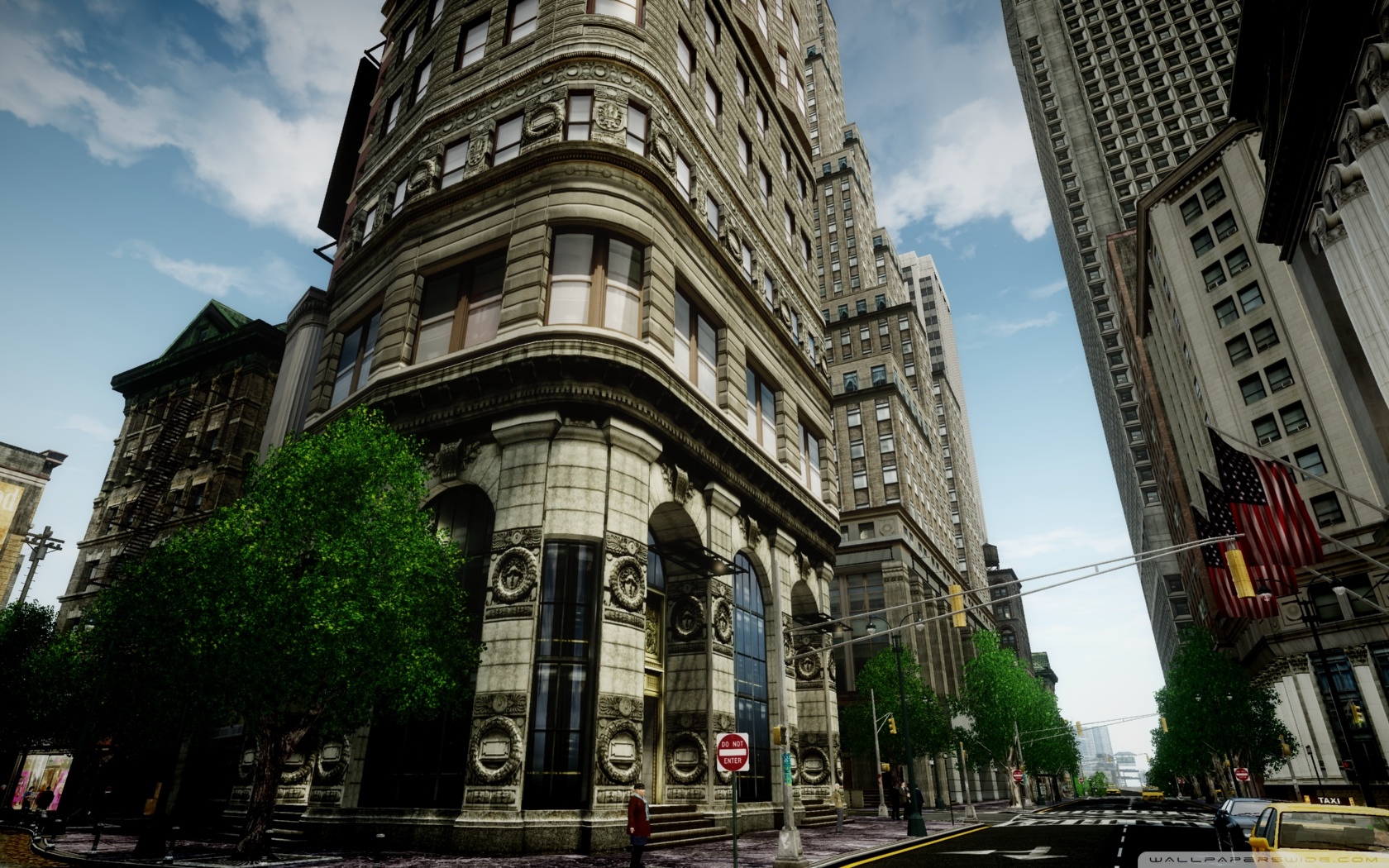 Soon, the people of Liberty City began to fight with the British over taxes. Americans saw that they shouldn’t have to pay any taxes. So began the American Revolution. This war was agitated by a number of musket companies who knew they would win whatever the outcome. The revolution was bloody. Soon, the French joined the war to help the struggling American insurgency.

The revolution quickly ended. Residents pulled down the statue of King George and melted it into gold items, including chains, teeth, and toilet seats. The Union Jack was taken down, replaced with the Stars and Stripes, and the newly liberated Americans celebrated.

Although though they were free, they lived in squalor. Alexander Hamilton and Thomas Jefferson came to change to agrarian-based slave economy to a service one. With slaves being outlawed in the Northern states, women were forced to service men.

To keep the country moving forward, the capital of the nation was moved from Liberty City to a malaria swamp on the banks of the Potomac. The stage was set for organised crime and mobs to make a difference. 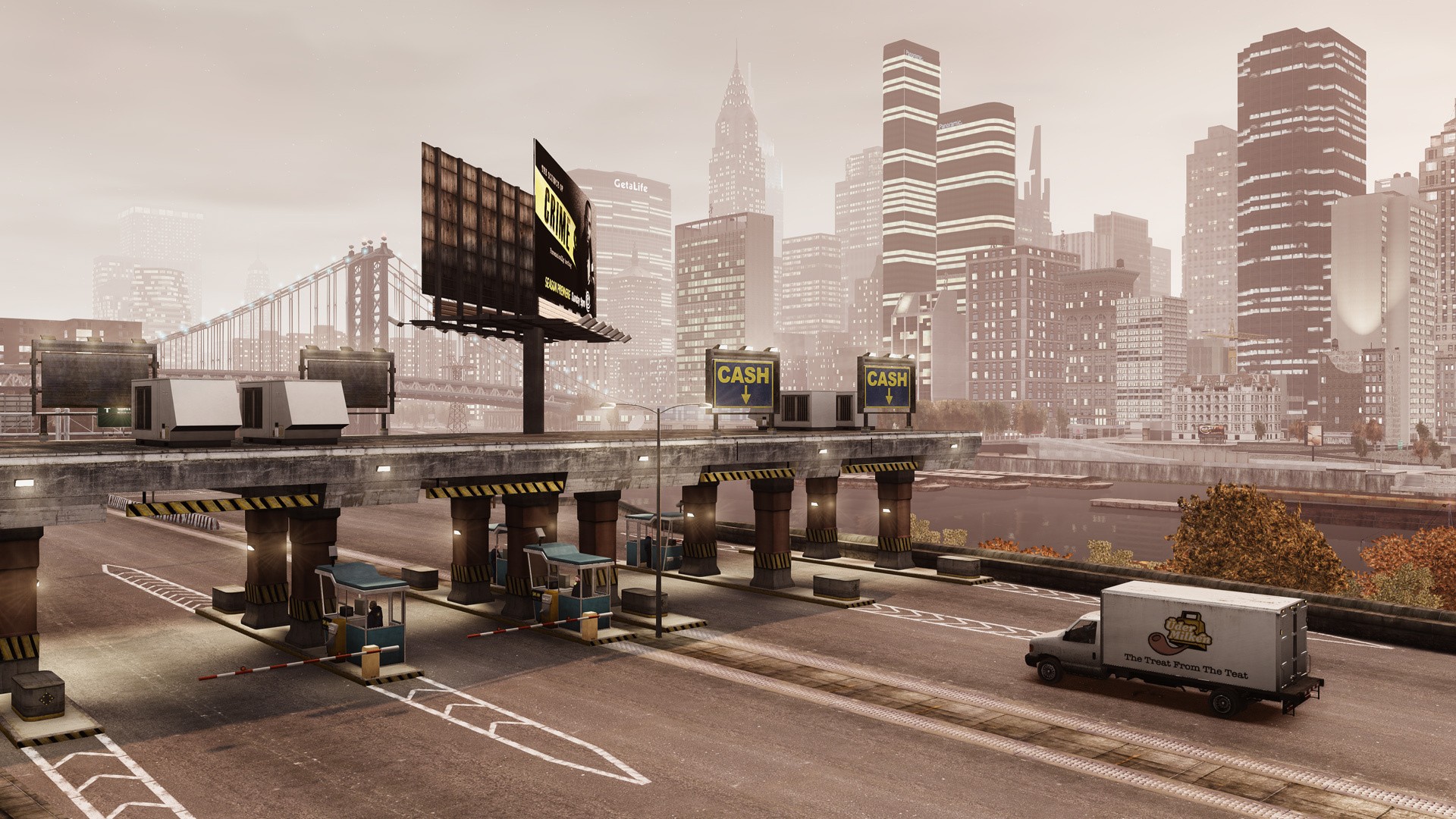 Despite the fact that Liberty City had high prices, corrupt police, immigrants came in masses, especially the Irish & Russian’s.

The city’s first newspaper, The Liberty Tree, was first published in 1835. When the Liberty Tree criticised politicians for robbing the public, the public criticised the media for institutional bias. Residents then demanded less political coverage.

Bankers wanted to show that they could destabilise society as well as anyone, and when The Exchange collapsed in 1857, the bankers made off extremely rich, and the poor got poorer, with no Social Security or Medicare to help them.

A massive public works project was then completed to help the city feel better about itself, Middle Park; however, the park had a long series of rules, banning people other than whites. Construction then began on the Broker Bridge after Broker residents complained of how rowing across the Humboldt River.

The South believed that the Northern customs, such as education, arts, and interacting with people of other races, was a threat to them, so Southern states began to secede from the Union.

In 1863, the first draft was announced. Drunk and angry, wielding iron bars, knives and other weapons, citizens protested the draft. The telegraph lines were cut off. As a result, Liberty City was in anarchy. After hard fighting, a lot of cheap novels, and terrible speeches, the war ended.

Turn Of The Century:

When the war ended, the art of leisure began on Firefly Island. Construction of the Liberty City Subway then began, with the first station opening in 1874. With the subway and the Broker Bridge, the advent of the suburbs began, where people could commute to work and live among their own kind. This allowed Algonquin to become the center of Liberty City. 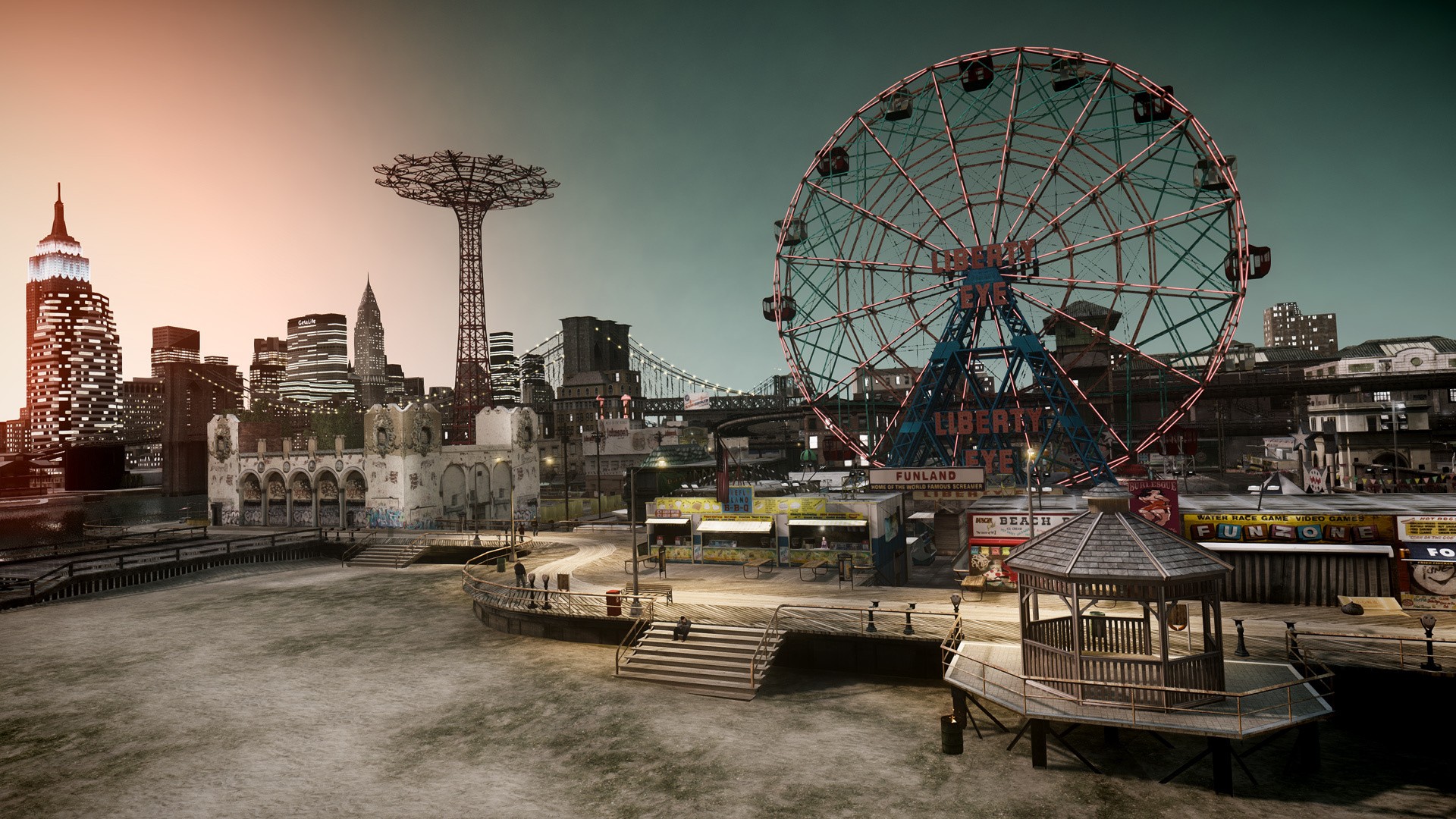 At the beginning of the 20th century, the city’s overcrowding, impressiveness, and grandiose, along with the invention of the automobile, allowed it to take its modern form. 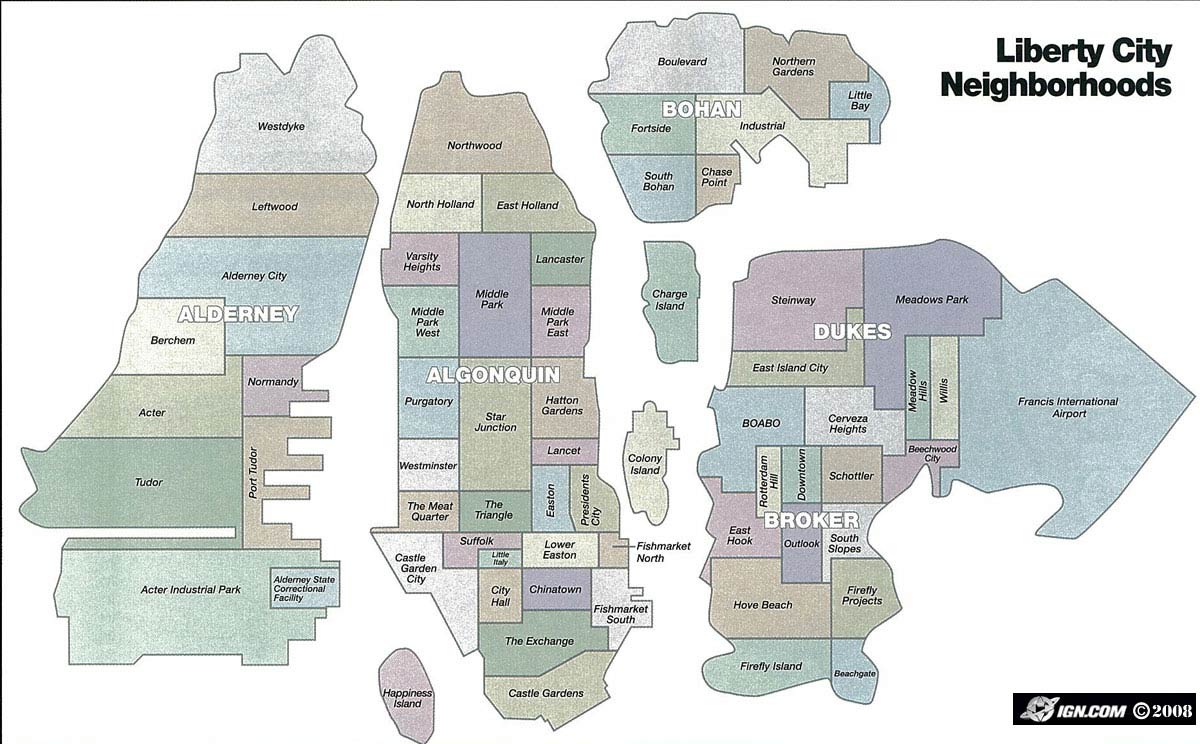 Hope you enjoy the Guide about Grand Theft Auto IV: The Complete Edition – Full Documentary of the History of Liberty City, if you think we should add extra information or forget something, please let us know via comment below, and we will do our best to fix or update as soon as possible!