In this guide I will be telling you how to destroy Russia as Prussia very easily. This is also kinda a guide on cohesion as it is important for this.

The most important thing to understand in this is cohesion. To sum up what cohesion is, its how vulnerable your units are. Firing on a unit lowers its cohesion, once a units cohesion is all gone you can deal more damage on it and its super vulnerable to charges. Artillery is the best way to lower cohesion and guess who has the best artillery? Prussia, and guess who has the worst cohesion? Russia. This makes it a recipe for absolute destruction.


Cohesion in represented by the blue bar 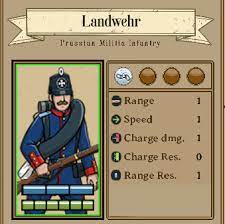 1.The first step to setting this up is the map (setting) that you will be playing on. I recommend a medium flat map like chessboard, river path, or grassland arena (the easiest being chessboard).


2.For me i will be doing 6 units but you can do as many as you want as long as the units are balanced in the same way.


3. The units you will need for this (using six units as an example) 1 Mortar, 2 line infantry, 2 landwehrs, and one hussar.


4. Equip the Hussar with a Dreysey carbine rifle and the others with needle guns


5.Make sure that you are going up against a Russian AI (if you wanna practice) or a Russian player and start 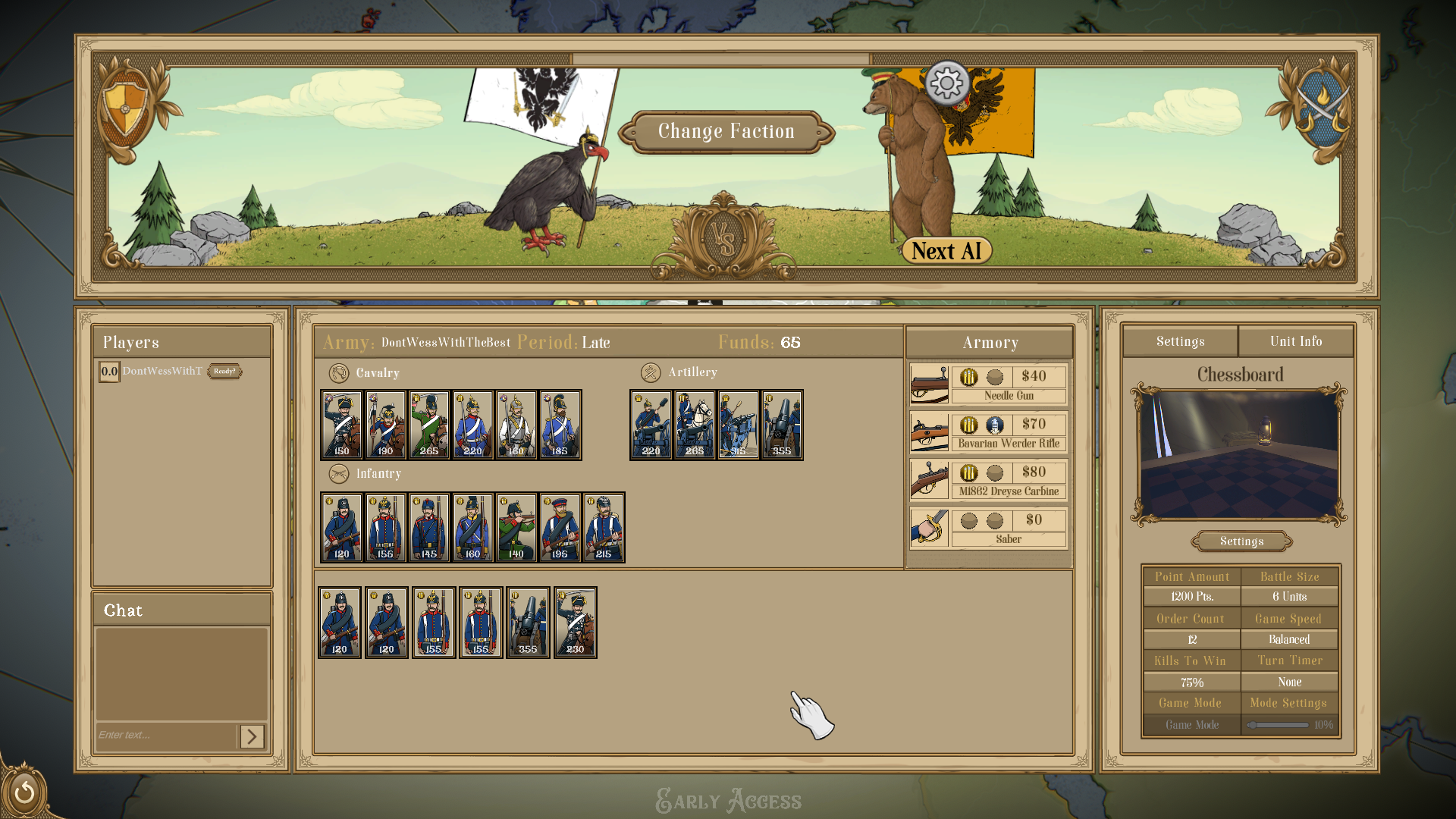 Deploy: The first thing you wanna do is put your Landwehrs in a line in the center. Next put your line infantry on the sides. After put your mortars in the back row near the center. Finally put your hussars and the back row sides. 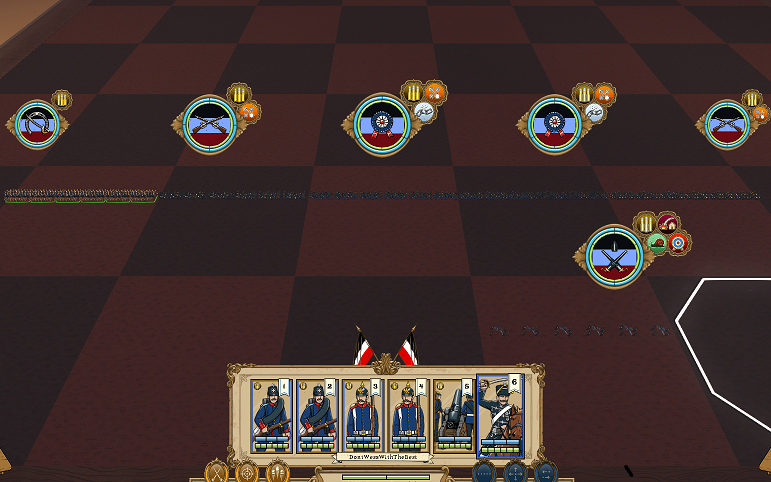 first order phase: Move up your Landwehrs in the center just far enough so that the mortars can get in range of the enemy units while following behind.


battle phase: fire your mortars at the enemy if they are in range to immediately deal damage, lower cohesion, and if they moved up, cause them to retreat.


continue firing on the enemy whenever possible with mortars and adjust them the face large clumps of enemy units.


when enemy units with low cohesion get close, fire on them or do a cavalry charge.


play with your basic strategy and the steps I gave


repeat the last 4 steps and you should win the battle.

This was my first guide so its pretty bad but fun to make.

This is all about Fire & Maneuver – How to Destroy Russia as Prussia Gameplay; I hope you enjoy reading the Guide! If you feel like we should add more information or we forget/mistake, please let us know via commenting below, and thanks! See you soon!