This guide will explain the use of artillery and make recommendations for each type of map, such as Mountainous, Flat and Forested.

Three types of artillery are available in the game: Mortar, Canon, and Machine Gun. The Machine Gun is not relevant to this guide.

Artillery is the most mobile unit type and can break FAW (fire at will) without being shot.

The slowest speed of artillery is 1 tile. Horse artillery has a default speed of 2 but they can move at a slower speed. All artillery has +1 speed on roads. However, Canons and Mortars have the cumbersome trait which means that they can fire or maneuver in a single turn, unlike other units, which can do both simultaneously.

Artillery is difficult to maneuver and requires artillery users to plan how to use it before deploying it. It is often impossible to reposition artillery that has been poorly placed once engaged in battle.

How to use artillery in battle

Artillery is a support unit and cannot win battles by itself due to its low maneuverability, health, and mobility. Artillery cannot stop the enemy from regenerating cohesion and can rarely break through an entire unit’s cohesion on its own. must Have other units attacking the enemy if you plan on firing on a unit using your artillery. This allows you to focus on your enemy units and eliminate them quickly. At the same time, an opponent can’t be defeated if all of your damage is spread evenly among their troops.

Another important consideration when choosing which unit you want to fire at is whether your artillery can hit the unit. This can be done by making sure they are in the middle of your firing zone (These are available if you right-click on your unit). 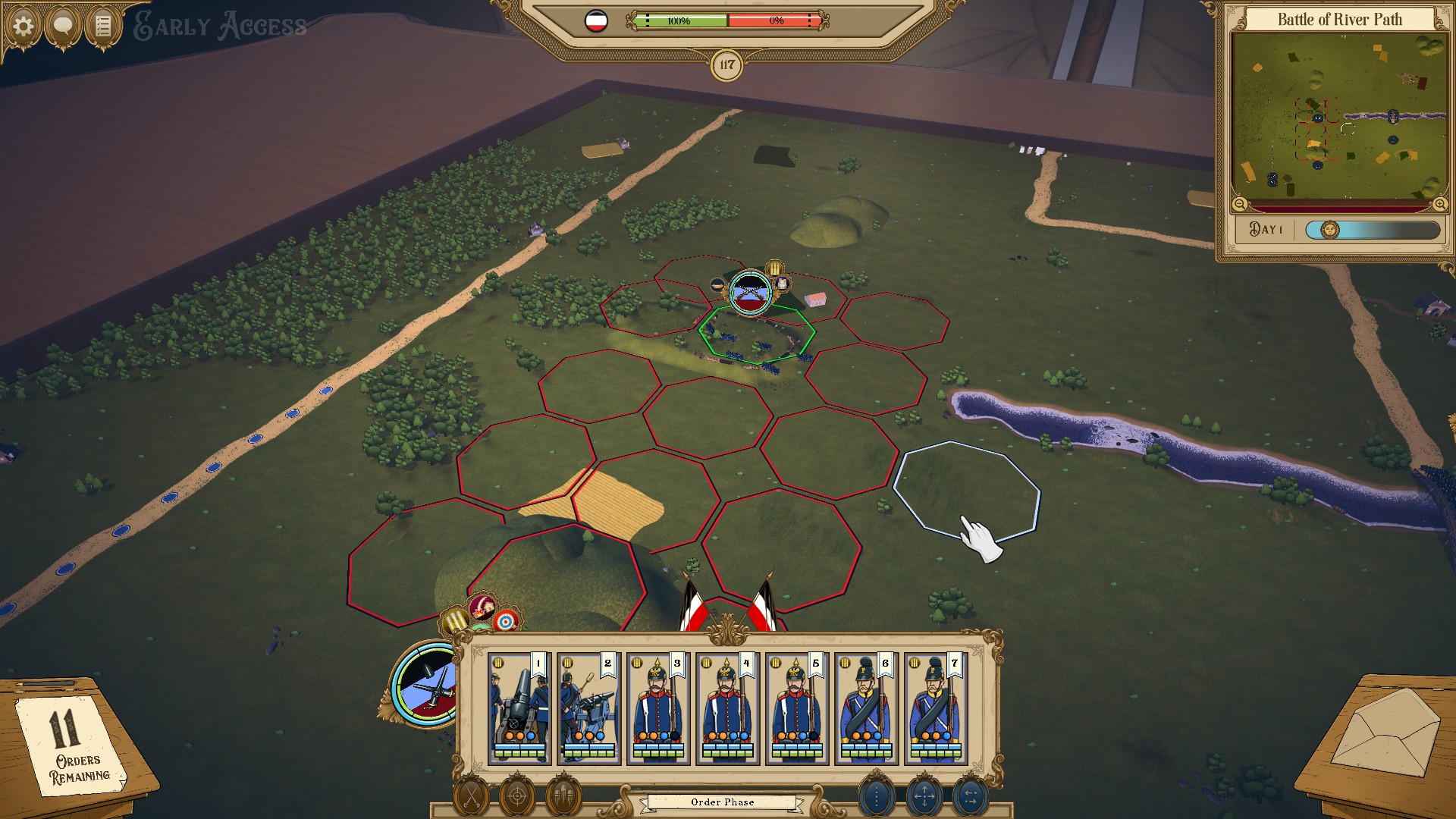 The photo below shows how you can ensure you don’t miss as long the unit doesn’t move outside your firing area. The unit is in open order formation which only has one speed. They could have been in attack or march columns, but they would have been outside artillery firing range and not been shot (movement comes prior to attacking). Because they are more predictable than march or attack column, you should choose to shoot square, open order, or closed formations. This is why artillery is less efficient against cavalry and efficient infantry, which are the most maneuverable units within the game.

Prussia is the best country for artillery. The UK and Russia are both above average for artillery. These countries all have 5 range breechloading artillery and 4+ range artillery with range drill. To put it bluntly, any artillery with a range of 3 or less than (, with the exceptions of machine guns), is useless. The enemy must then move forward and fire on your artillery. Your artillery will quickly die from low health and lack of cohesion. This means that artillery with longer ranges is often better. The Prussian 6lb Krupp Artillery, and 21cm Krupp Mortar are the best artillery. . Both have 5 range (that can be increased to 6 if you’re on a hill). They also both have Breech-loaders and Range Drill. They always deal at most 4 damage. If the enemy cohesion is broken, they will deal at minimum 6 damage. This instantly kills all units in the game . It is important to ensure that your artillery does not work independently, as it can become rushed.

This category includes maps such as Legault’s crossing and The Orchards.

Bring Canons. There isn’t much to shoot over. It may not be worth bringing artillery due to the ease of maneuvering on these maps.

Maps such as River Path, Twin Creeks and Little Brook

The central hill blocks canons’ vision, rendering canons useless on maps with central hills. Indirect allows you to bombard your enemy even though a hill is in your way. On maps like this, your primary goal is to control the center hill. However, you should carefully consider how much firepower your men will have to climb the hill.

Maps such as Wissembourg and Saarbrucken, The Orchards and The Badlands

You will need at minimum 4 range artillery to effectively use the hill on these maps. However, it would be best if you usually had 5-range artillery to implement the strategy of placing your artillery on a perimeter mountain. This is because your artillery is at the perimeter, far away from the battle. You need every ounce of range to be successful with this strategy. For this type of strategy, you should always use a Canon. Hills already give you indirect so it’s not worth taking indirect artillery.

You could ignore the perimeter hills and pretend that Saarbrucken or The Orchards are just a river crossing. But I strongly recommend that you use your advantages to their fullest. If you have a hill to place your artillery, I would put it on that hill.

Maps such as Wissembourg and Sarrbrucken

You can use choke-points to your advantage. You can usually cover an entire bridge using one artillery. This forces the enemy to rush your artillery or to attack through fewer Bridges, resulting in a bottleneck in their a*sault. Your artillery can force them off the riverbank, allowing your troops to cross without being hurt. If you are unsure whether or not to bring indirect artillery, refer to the rest.

Maps such as: Poplar Station and River Path

Indirect artillery is a good option, as forests can block the firing range of standard canons. Although the forest can still be a choke-point for your (enemy or your own) attack, it is much easier to cross than river crossings.

Hope you enjoy the Guide about Fire & Maneuver – Artillery Overview Manual Guide, if you think we should add extra information or forget something, please let us know via comment below, and we will do our best to fix or update as soon as possible!