This is a quick guide outlining power grid issues in Fallout Shelter.

I have been playing the Android version of this game for a couple years now, and I wanted to write a Steam Guide on the concept of power management in Fallout Shelter – [steampowered.com] . What I ended up doing was transferring my gave saves to PC so that I could take some screenshots through Steam and use them for this guide. As with all my guides, please consider this a work in progress and check back, just in case I sneak in a new section or make some content updates.

Early on in Fallout Shelter – [steampowered.com] , power is fairly simple to manage. As your vault gets bigger and you have filled in let’s say half of the available space, you will notice that it is harder to keep the power levels stable. Rooms that you need to have operating will be flickering in and out of usability.


The rooms that will flicker in and out are always the furthest from the source of power. So initially I combated this by placing the rooms I needed the most and by a Power Generator. That wasn’t really effective, sometimes they would still flicker in and out. So what next?


I wanted to tackle this problem early on, so I started to experiment with a new vault. What I came up with is what I call the Power Spine, defined in the next section.

The idea of the Power Spine is really straightforward and simple. What I wanted to do is make sure that every room touched a power source so that the power was evenly distributed throughout the vault. I then realized, to do this, I would likely need a reactor on every level, going right down the center of the vault.


So I started building rooms around this idea and played with the layout a bit. I decided that this idea would be the most effective if I just stuck with doubled-up power reactors. I call it the Power Spine because of how the reactors are stacked on top of each other like the vertebrae of a human spine, connecting to the other rooms like muscular tissue. 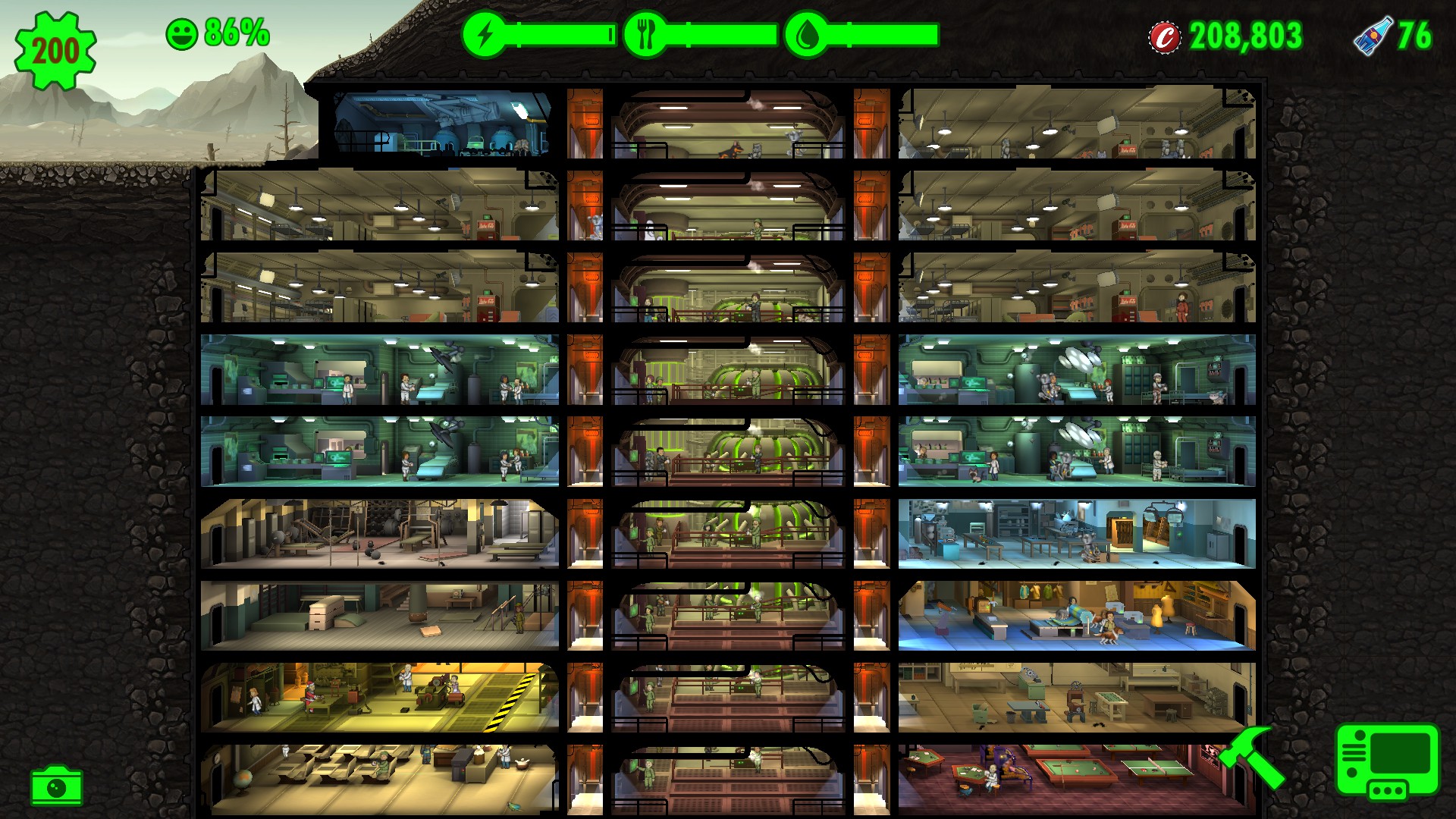 This screenshot shows the top levels of my experimental vault creating the Power Spine.


I didn’t bother to screenshot the entire vault here, and I am sure you get the idea. Just keep building power reactors in the center of the vault going down to the bottom. You will likely have to move rooms around here and there to get them where you want them, which means completely destroying and then rebuilding them. 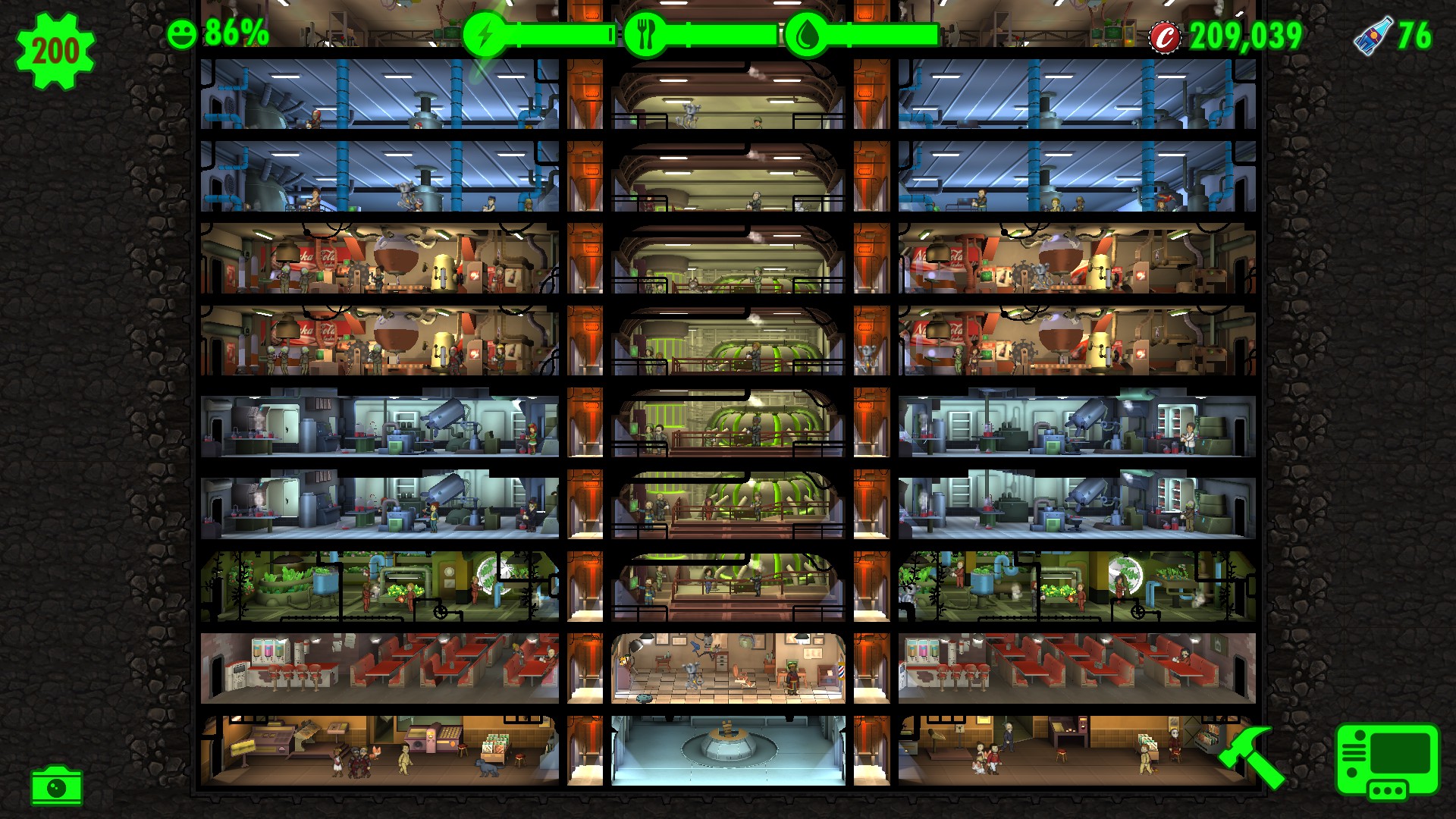 This screenshot shows the bottom levels of my experimental vault creating the Power Spine.


Please notice that in the screenshot above at the bottom two rows, the rooms in the center are not power-producing rooms. They are the only two rooms that needed two spaces, so I moved them to the bottom of the vault out of the way. All of the other rooms can be expanded to three spaces, so those went on either side of the Power Spine.

The process of building up a long row of Power Generators will take quite some time. The process of destroying them one at a time and replacing them with Nuclear Reactors will take even longer. Once this is completed, however, you should no longer have any issues with power management. 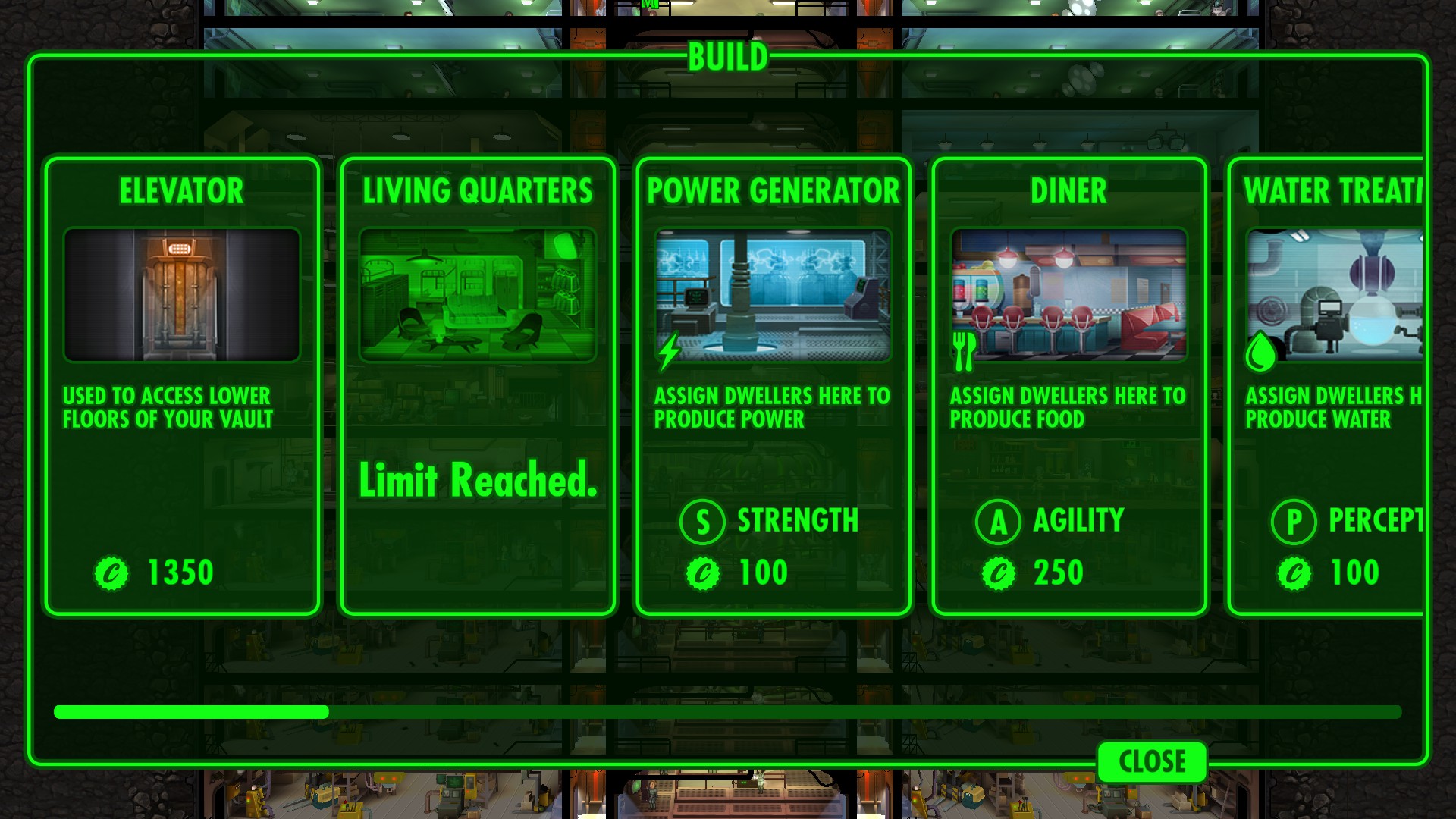 The Power Generators are in the beginning of the Build list, as shown above.


Technically, you can start building the Nuclear Reactors in the Power Spine as soon as you unlock them. If you want to rush unlocking them, that would be a good move that will save you thousands of Caps in the long run. I would just save the task of destroying the Power Generators that are already built until you have run out of room for the Nuclear Reactors, and have built up some extra Caps to destroy and rebuild. 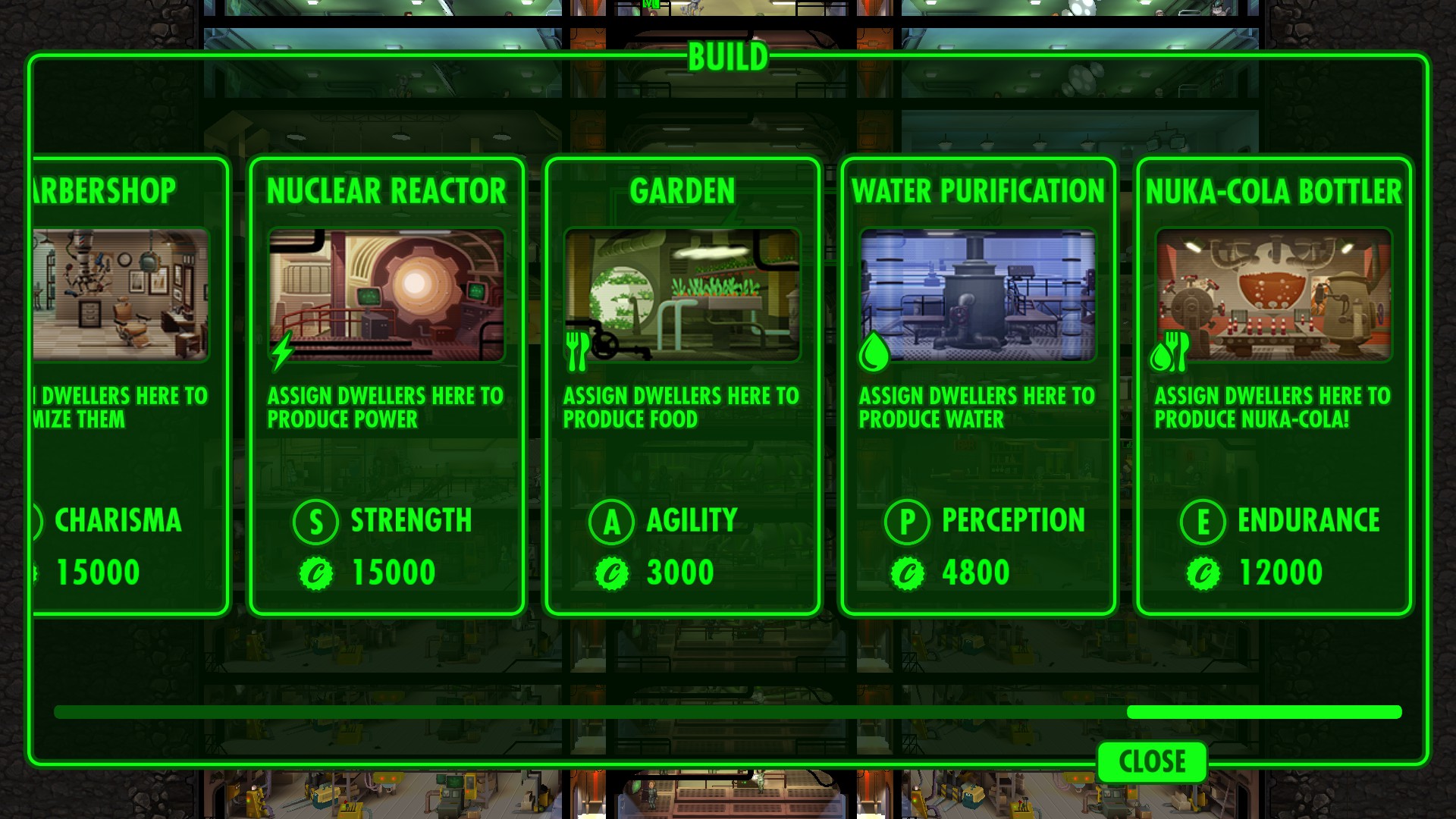 The Nuclear Reactorss are towards the end of the Build list, as shown above.


You can see how much more expensive Nuclear Reactors can become just by these screenshots. The Power Generators go up with each room built, but since they have all been destroyed in this vault, the starting buy price is back down to 100 Caps. If for some reason I decided I needed more power in this vault, it would cost me 15k to build another Nuclear Reactor. Once again though, with this system, the power is stable.

So with the Power Spine idea, a lot of personnel are centered in the Vault for not only generating power but also to deal with any disasters that occur quite often in gameplay. So by making sure you have strong characters fully armed and armored, you have your own security force that can go to any room quickly.


This is why I also placed the elevator shafts in the center of the vault, one on each side of the Power Spine. This way deployment to any room that is on fire or being attacked can quickly be dealt with and avoid too much damage.

Hope you enjoy the Guide about Fallout Shelter – Quick guide outlining Power Spine grid issues, if you think we should add extra information or forget something, please let us know via comment below, and we will do our best to fix or update as soon as possible!