This will be more generalized than the guide I made before. Identify and eliminate the good players or threats in each show to have a better chance for victory.

You want to win each show you join. Good.

But there are threats in every show.

You need to know who they are.


1. Before the start of Round 1, view the entire population of players at the start. Look for the identifying factors of a threats based on cosmetics. There could be more than just 1 threat. Try to finish the round as fast as you can.


2. When you complete the round, click fast enough to spectate the remaining participants left. You are looking for identifying factors of a threat based on the banners and nicknames. You may not always view everyone as some will finish alongside during the Qualified queue and while spectating others.


3. When Round 1 has concluded, look for those threats that you have identified on the qualification board. Take note of their names to remember them by for the entirety of the show.


4. For the next upcoming set of rounds, use them as an opportunity to eliminate those threats before the finale. Threats are highly skilled at the finale, giving you a less likely chance for victory. Its really dependent what kind of rounds are presented. You are looking for rounds likeRoll Out, Jump Club, Tail Tag, and team games that have the threats on the other team like Jinx or Team Tail Tag. Pretty much any game that’s not a race you know you can eliminate someone at.


5. Take note. When you do try to eliminate them but failed to do so, theyWILL know you are a threat trying to sabotage them. Take matter in keeping an eye on them so they don’t retaliate back, some threats can be aggressive.


6. While you go through the other rounds take notice of players that are performing various stunts. A common player do not perform those tricks so this is also a filtered way to identify threats. They could be just hard to pull off stunts or even shortcuts to the round. Also there are players that know the rounds well and try to be first sotake account who are the fastest in race rounds. It could be the same player getting first.


7. Its the finale and if you have eliminated those threats, good job. You have a better chance for the crown as the skills from competition has decreased.If you failed to eliminate the threats before the finale, then you can either eliminate them there on your own approach or ride it out to see whose better skilled.


Use next following sections for identification purposes.

This section will run by cosmetics/ banners / nicknames. Every type of costume will not be listed here but this will cover the vast majority frequently found in shows. Review names that are not familiar to you.


+ = Optional ID if considered a threat.


Ranked from lowest to highest threat

This section will cover the miscellaneous identification behaviors of good players/threats.

Provided links of videos and screenshot as examples of identifications. 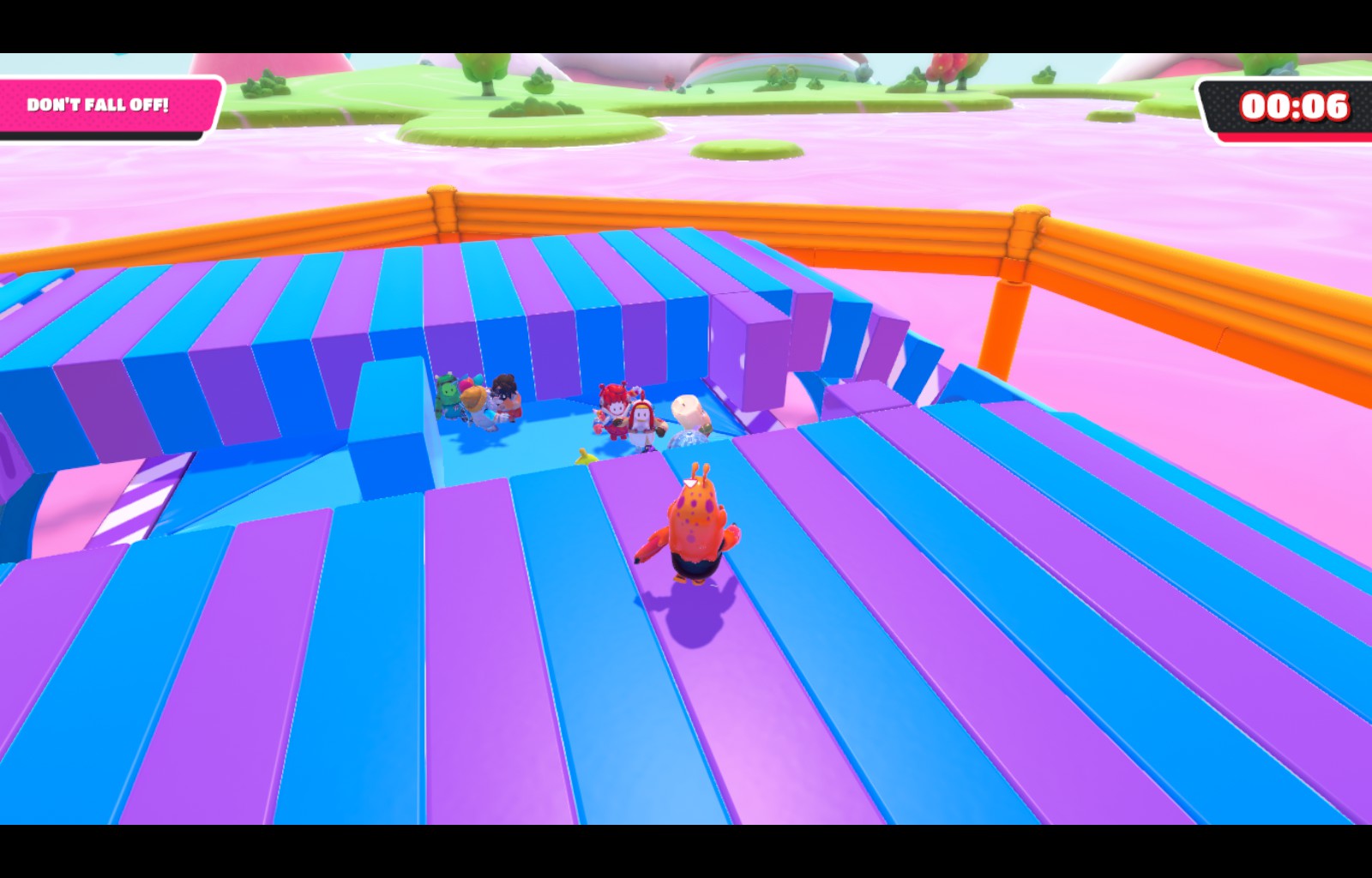 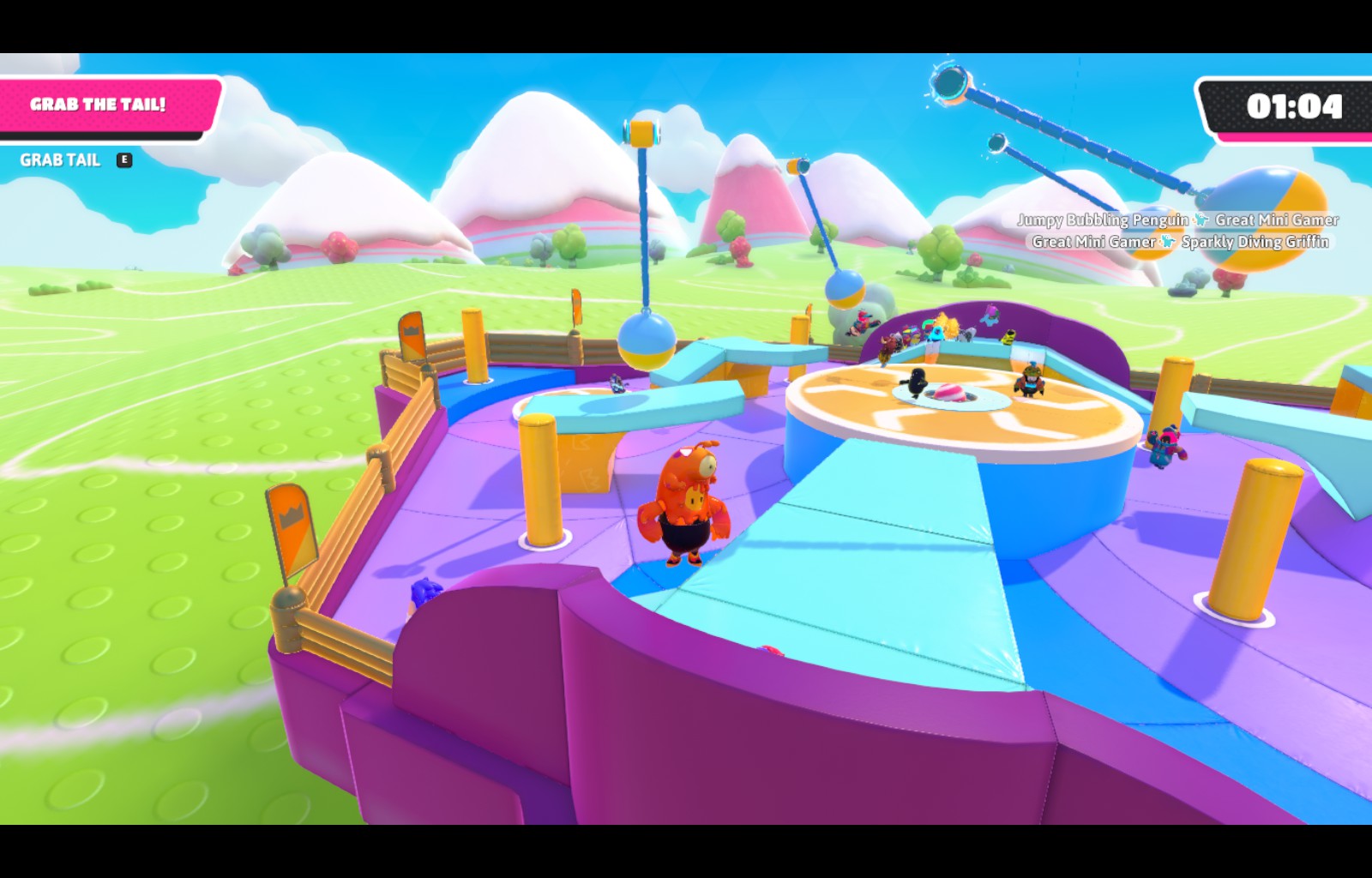 Do you see the good player? 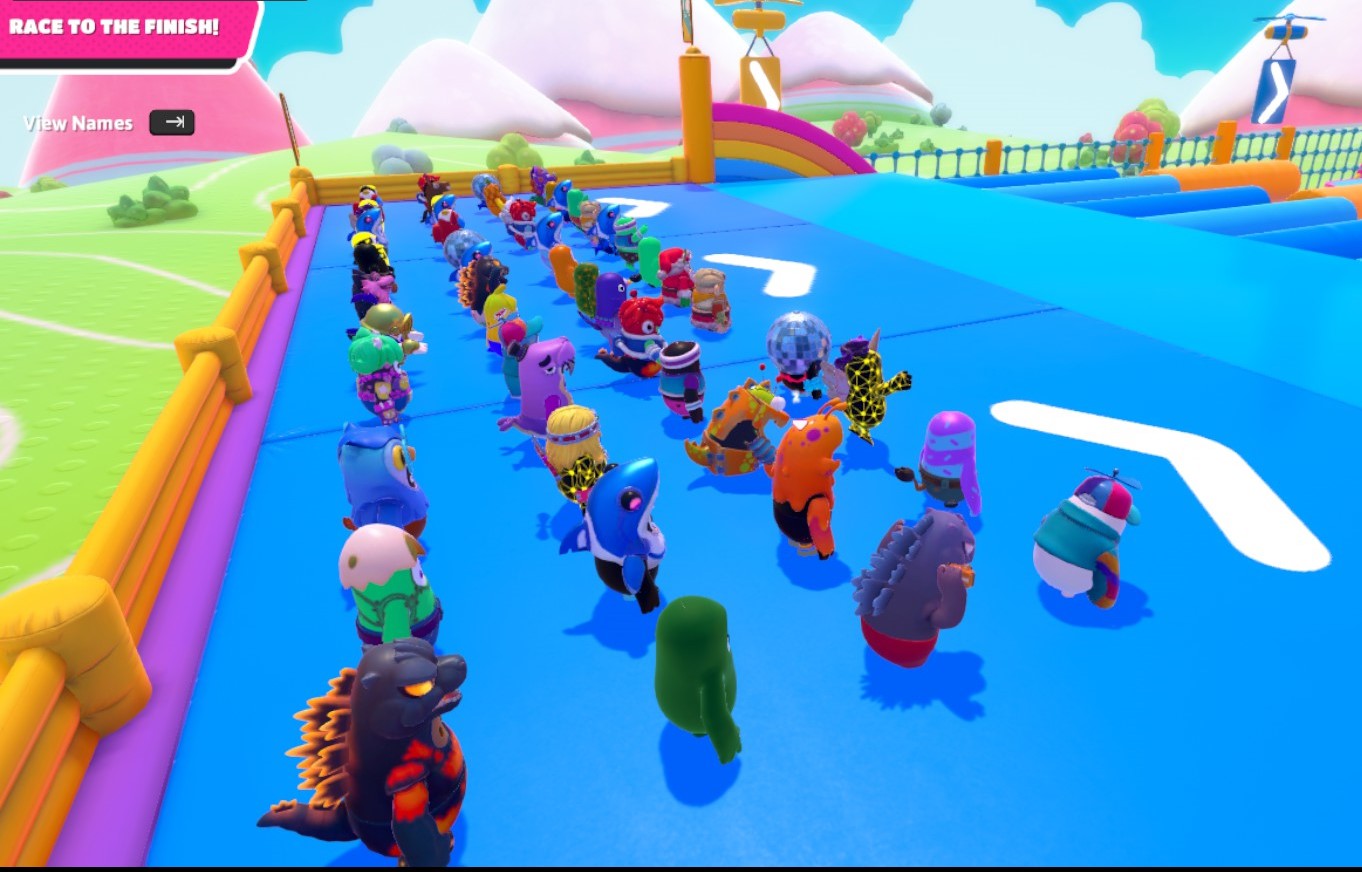 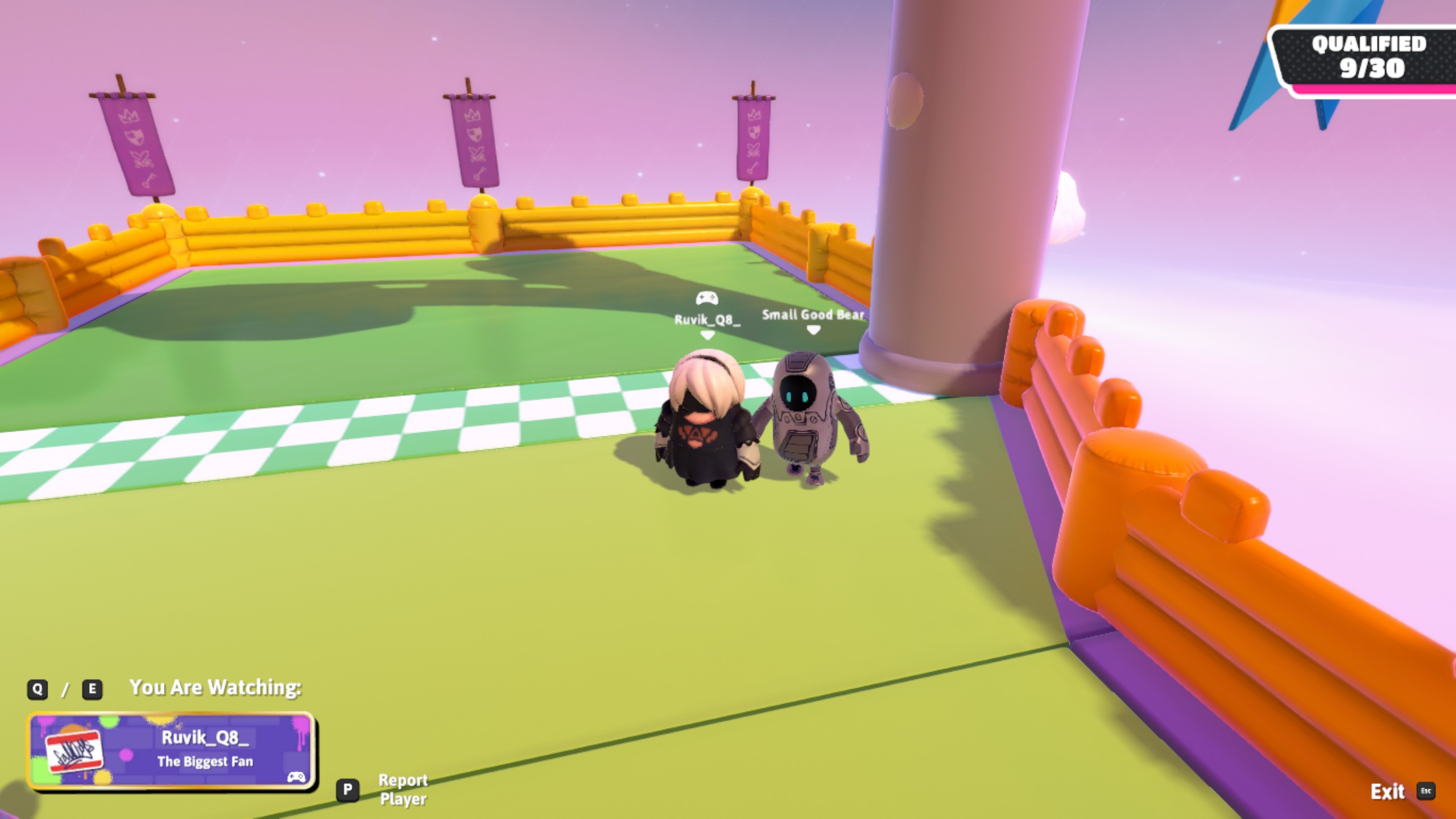 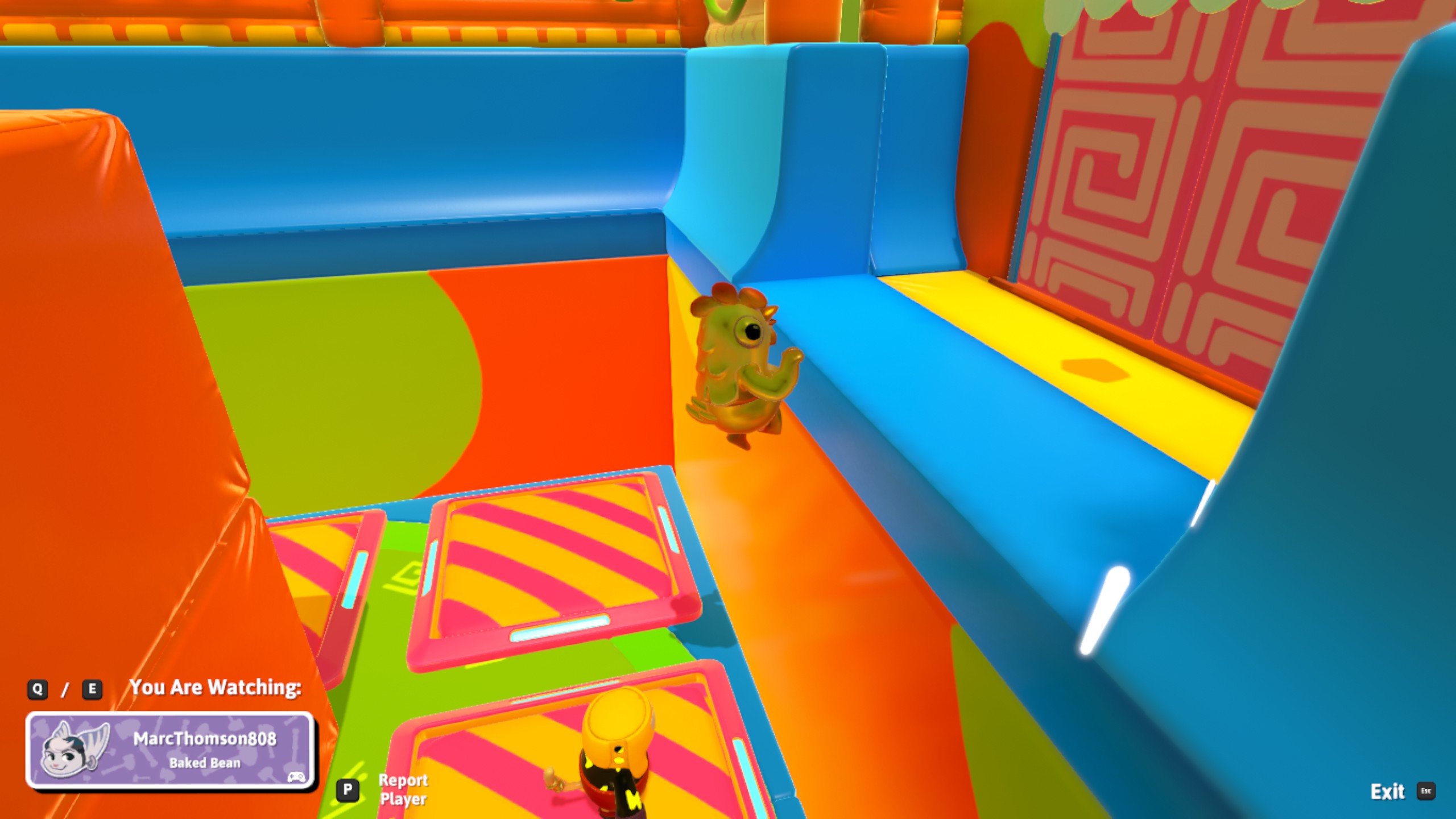 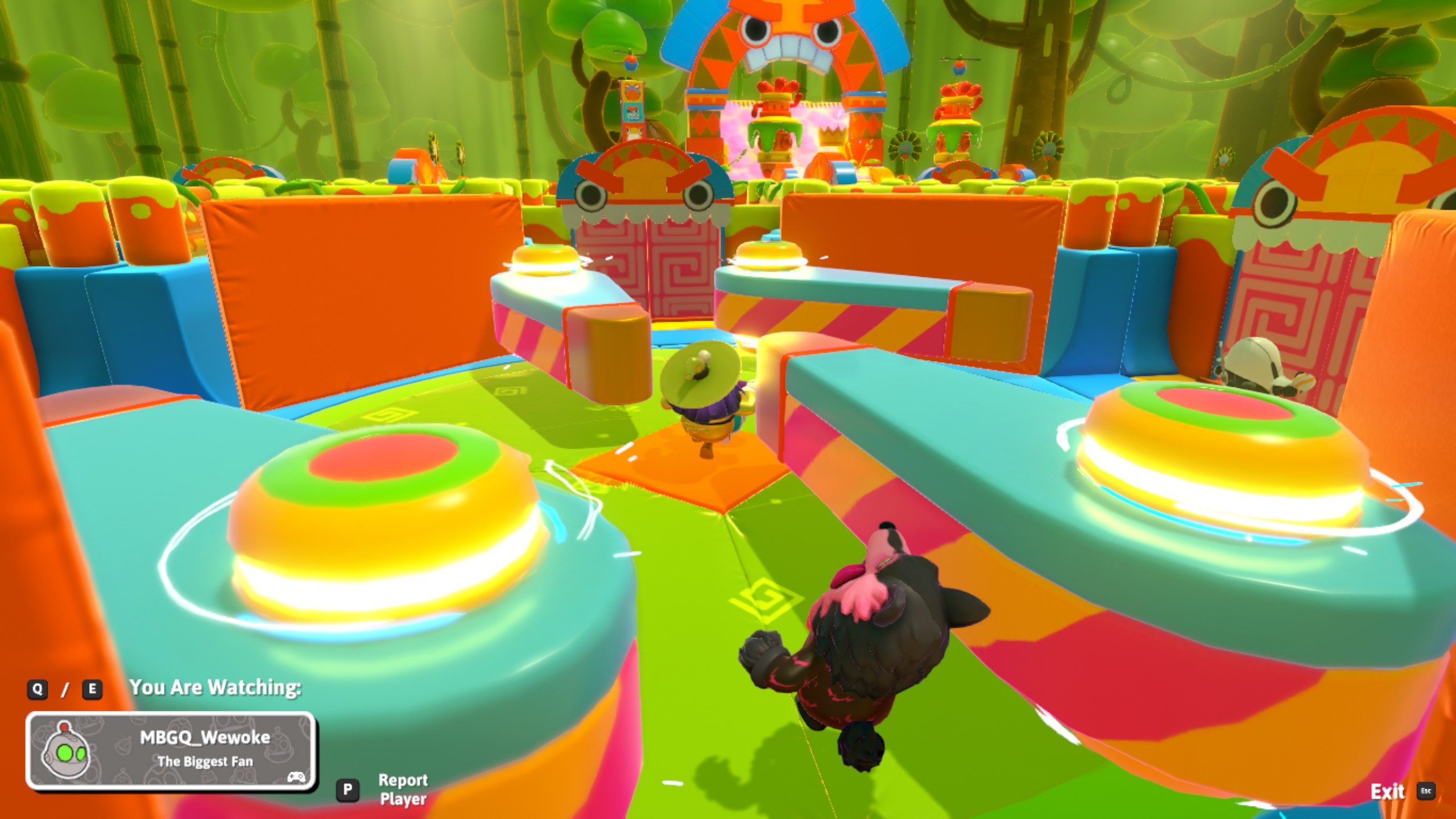 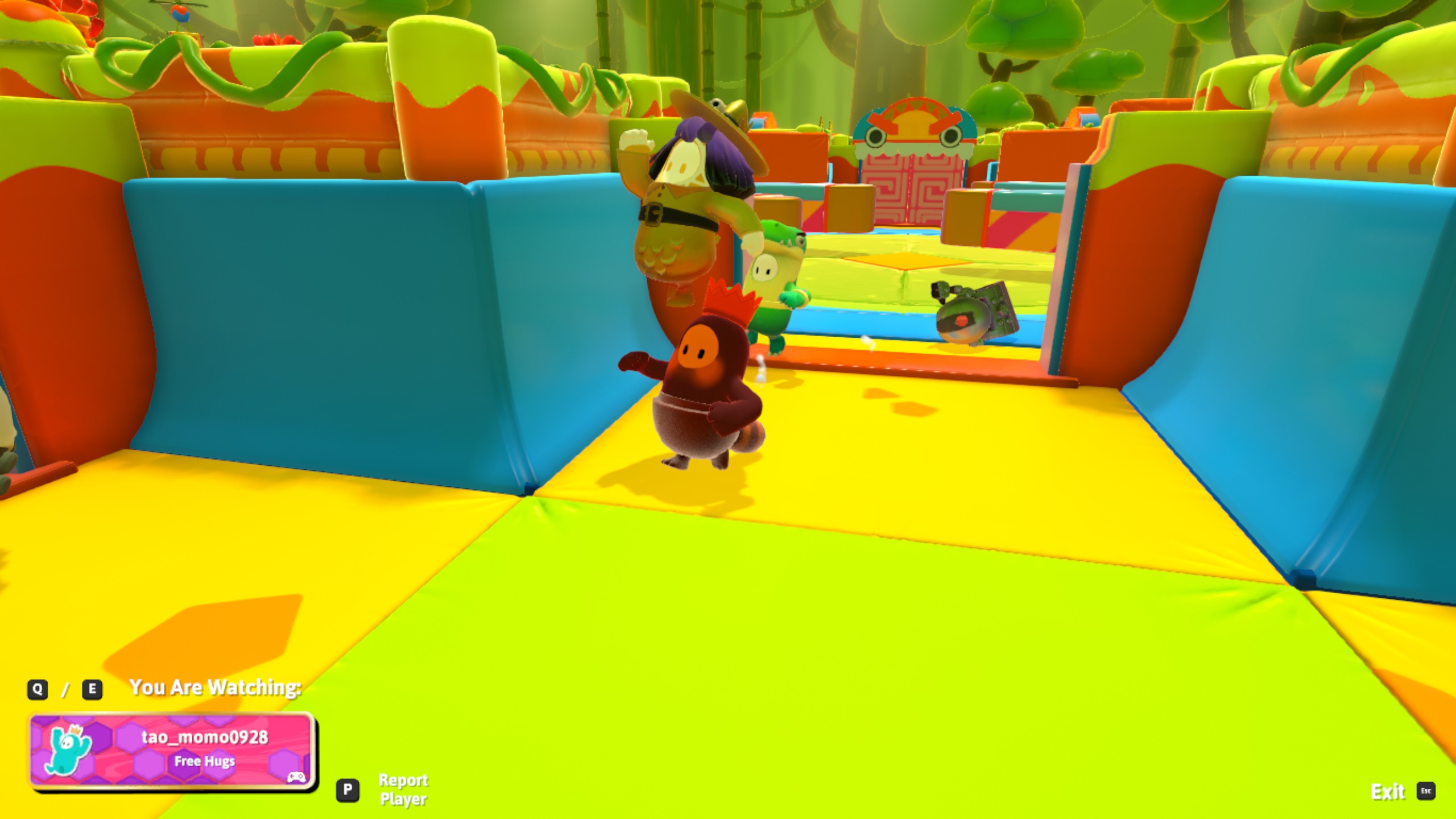 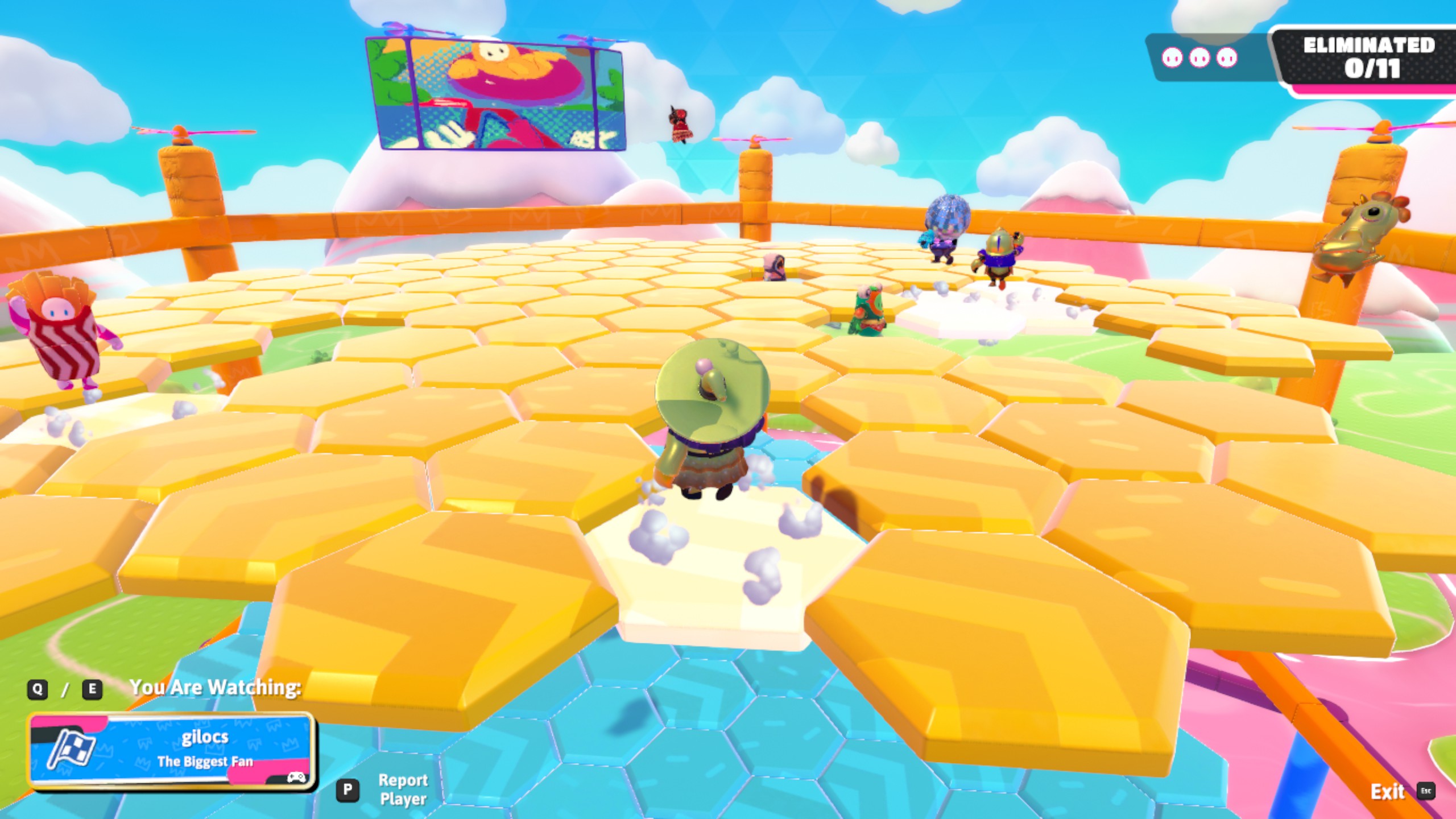 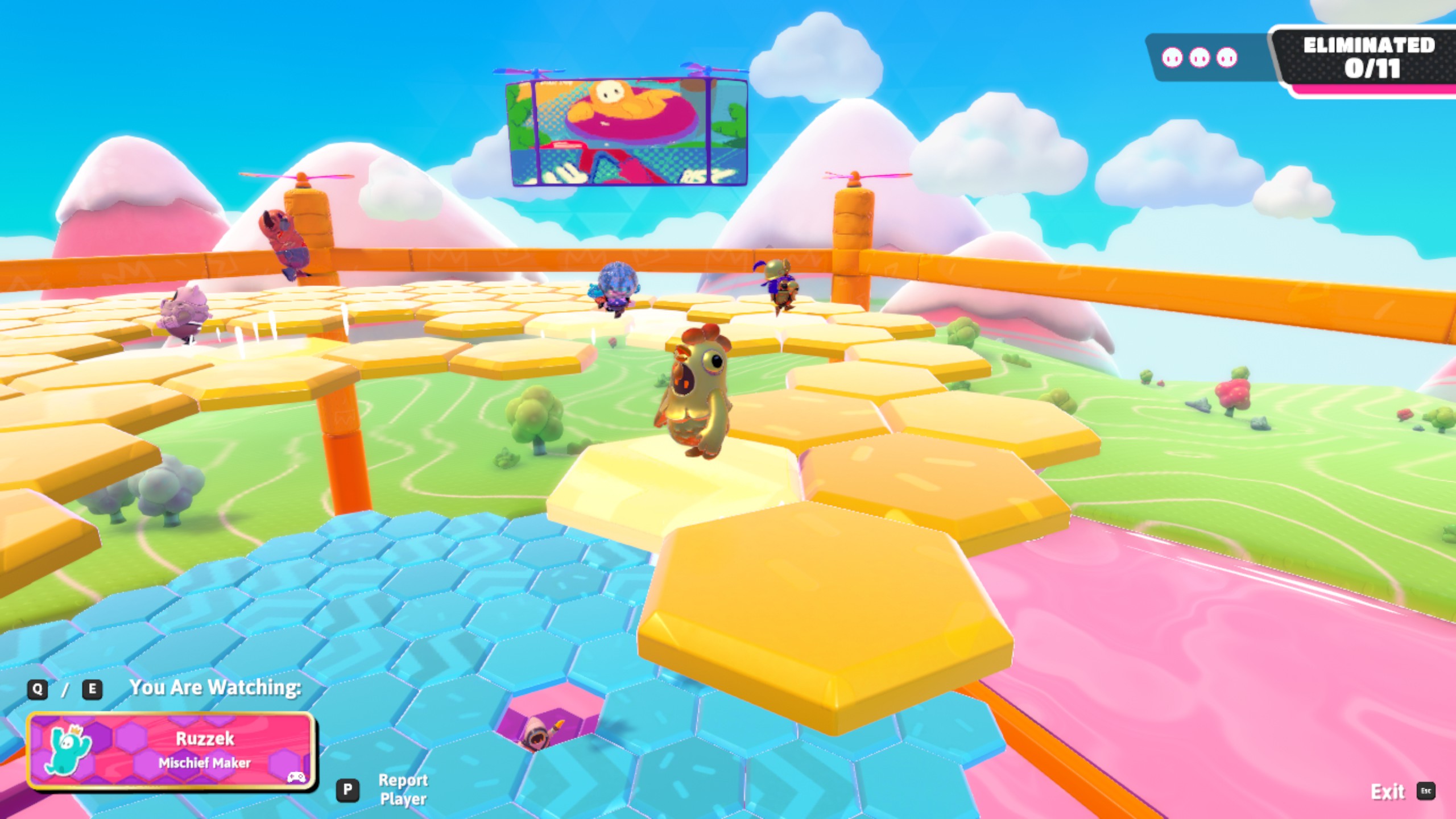 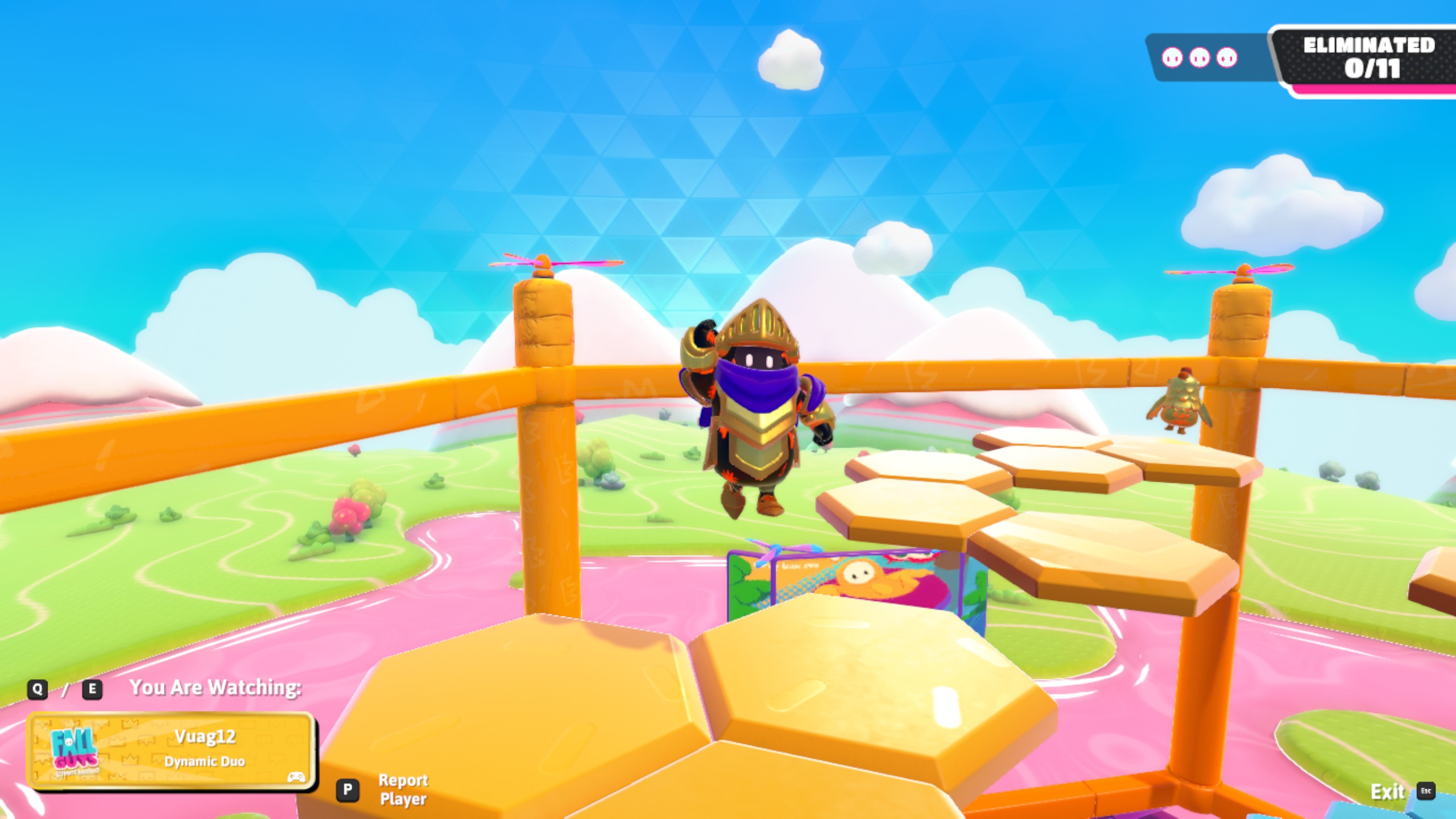 Without doing anything, guess who wins? 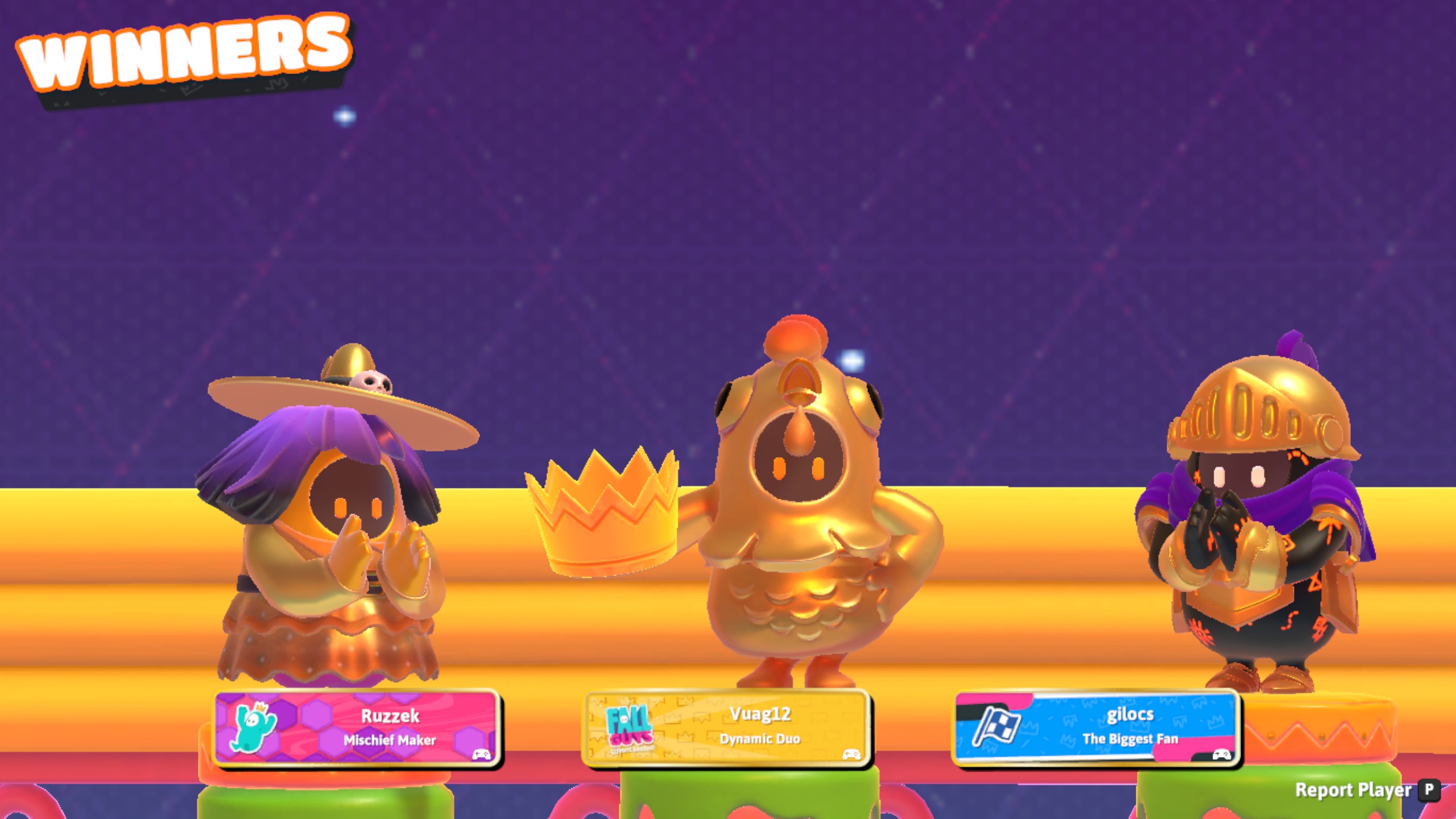 Check players before 1st round. Do you see the golden wolf? 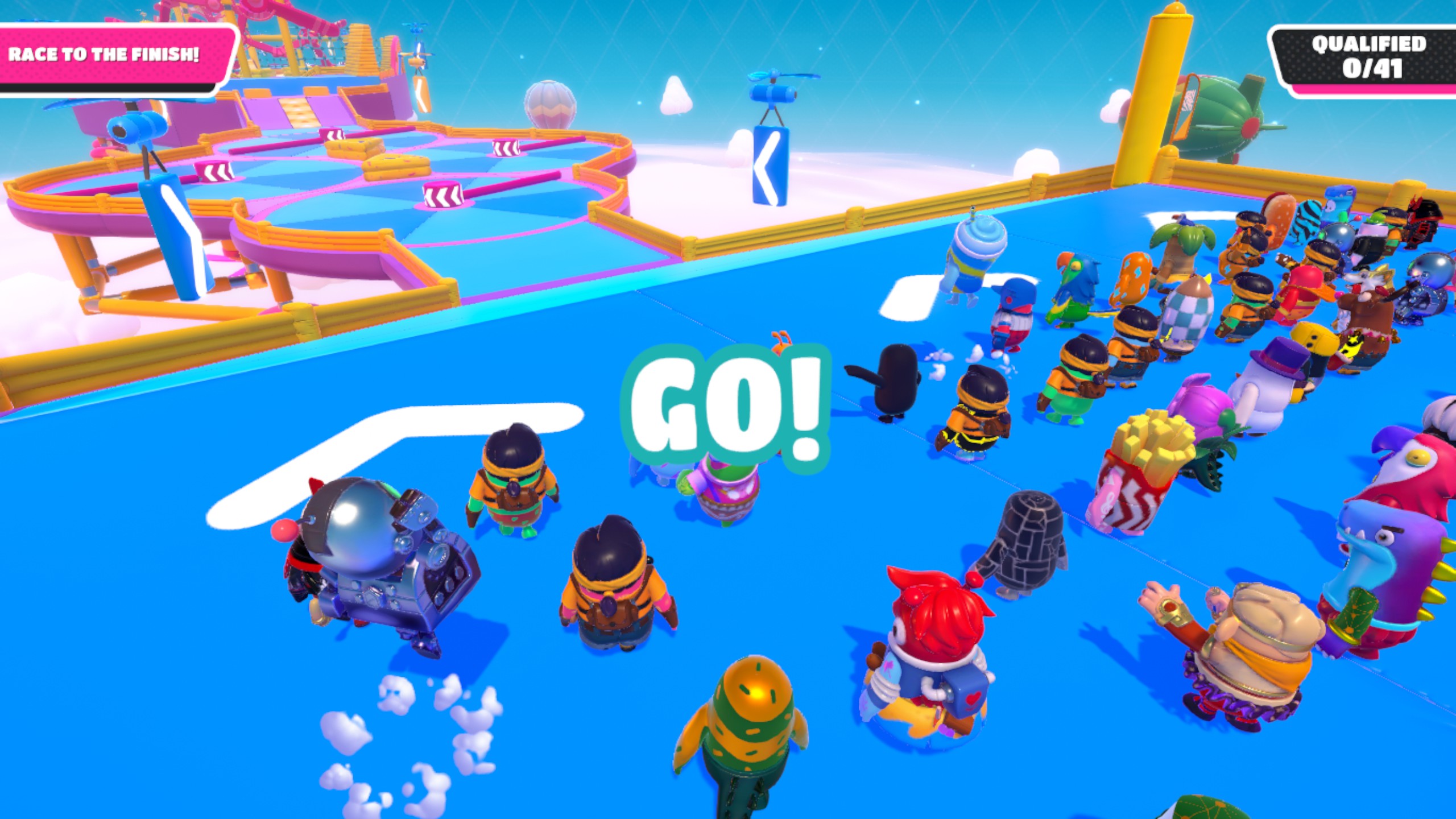 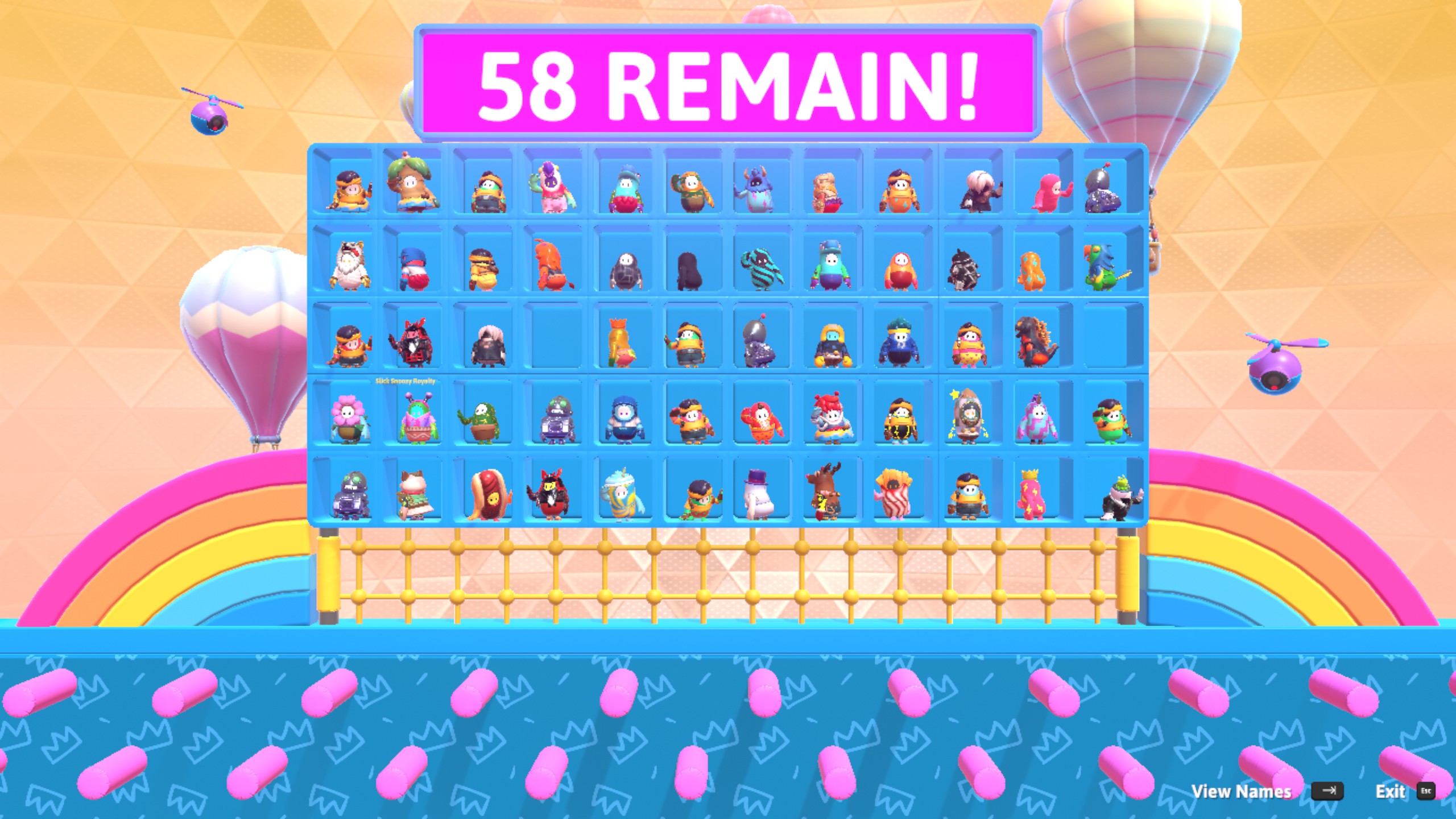 Found another player on round 2. 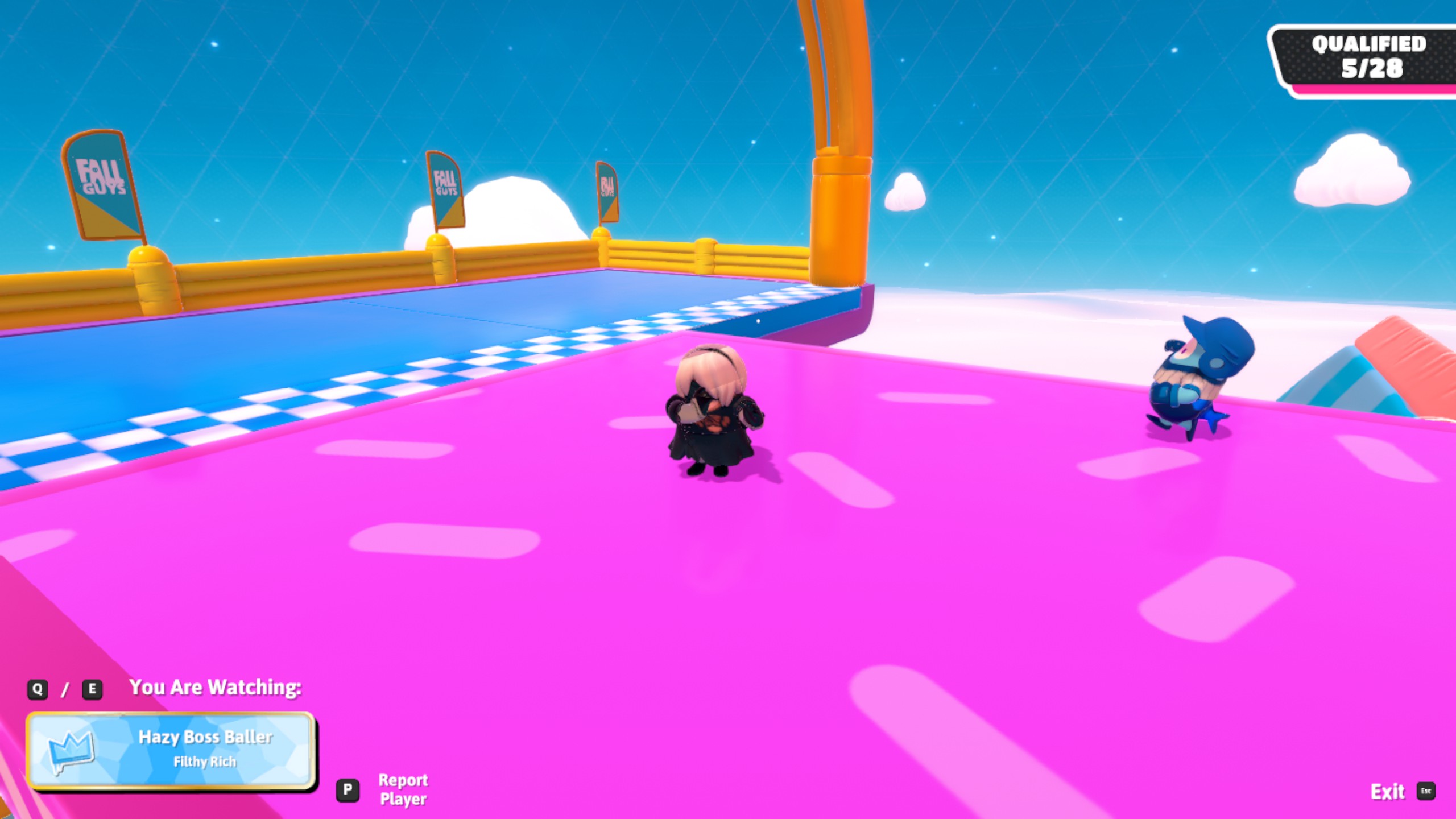 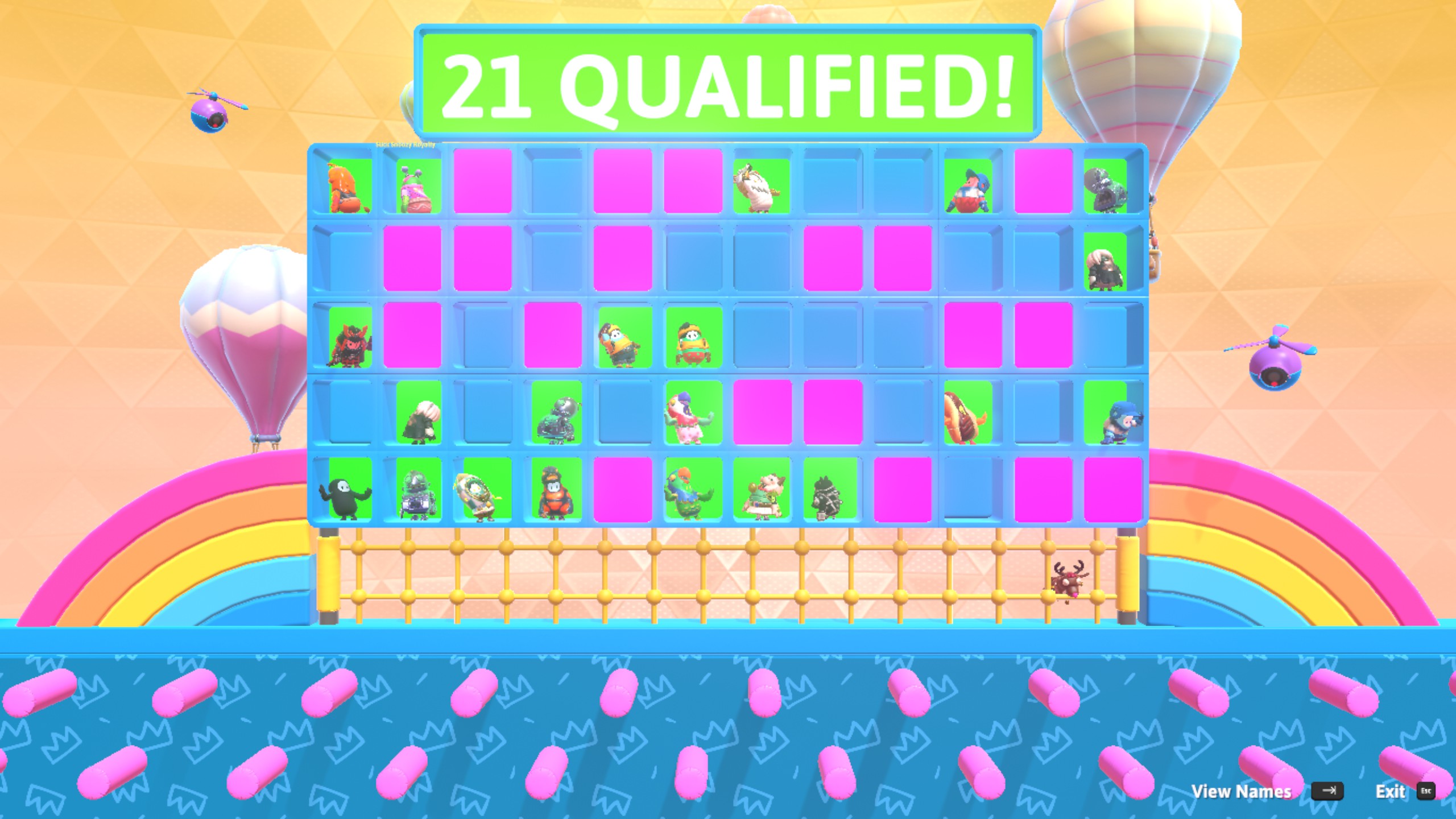 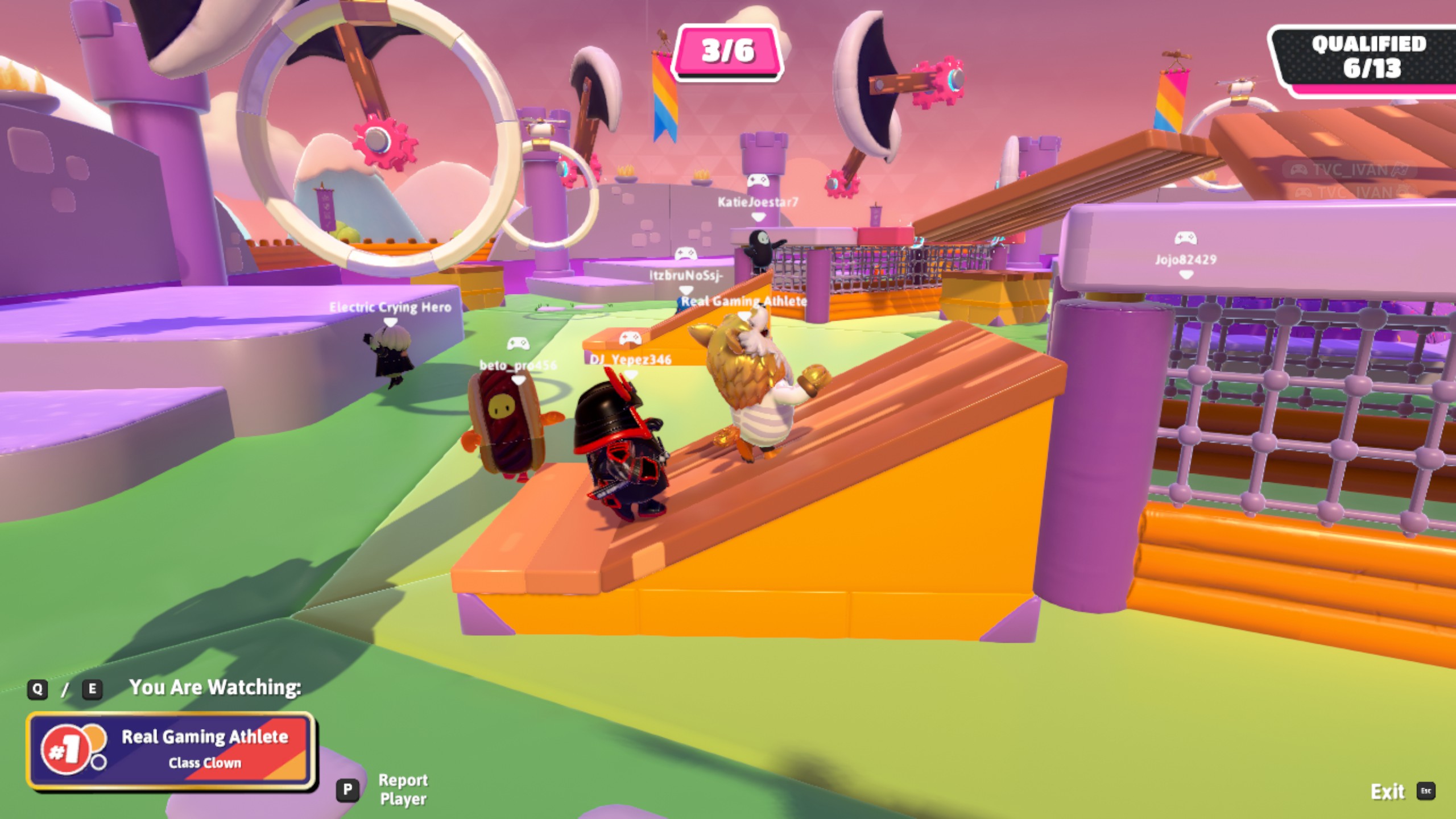 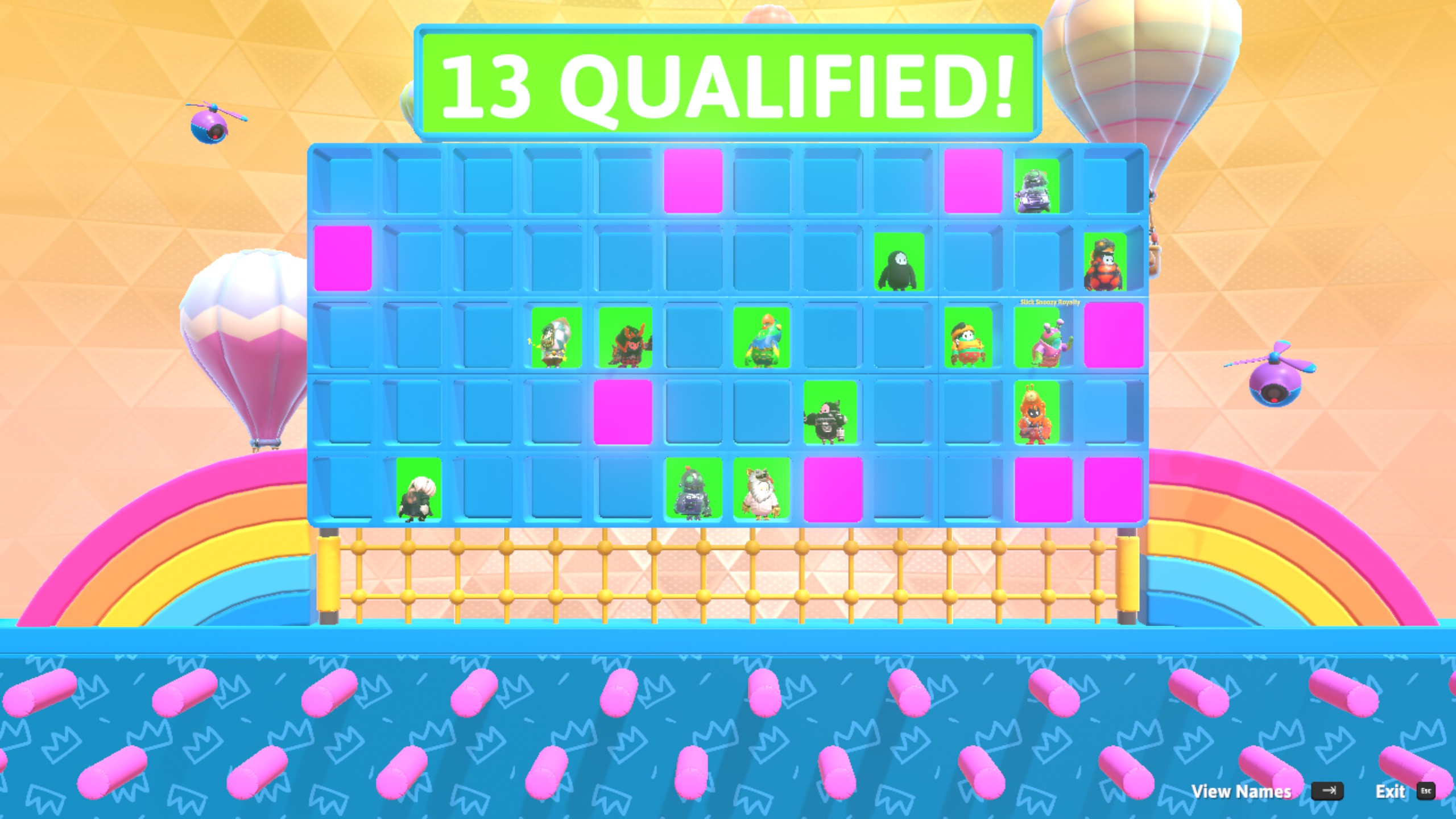 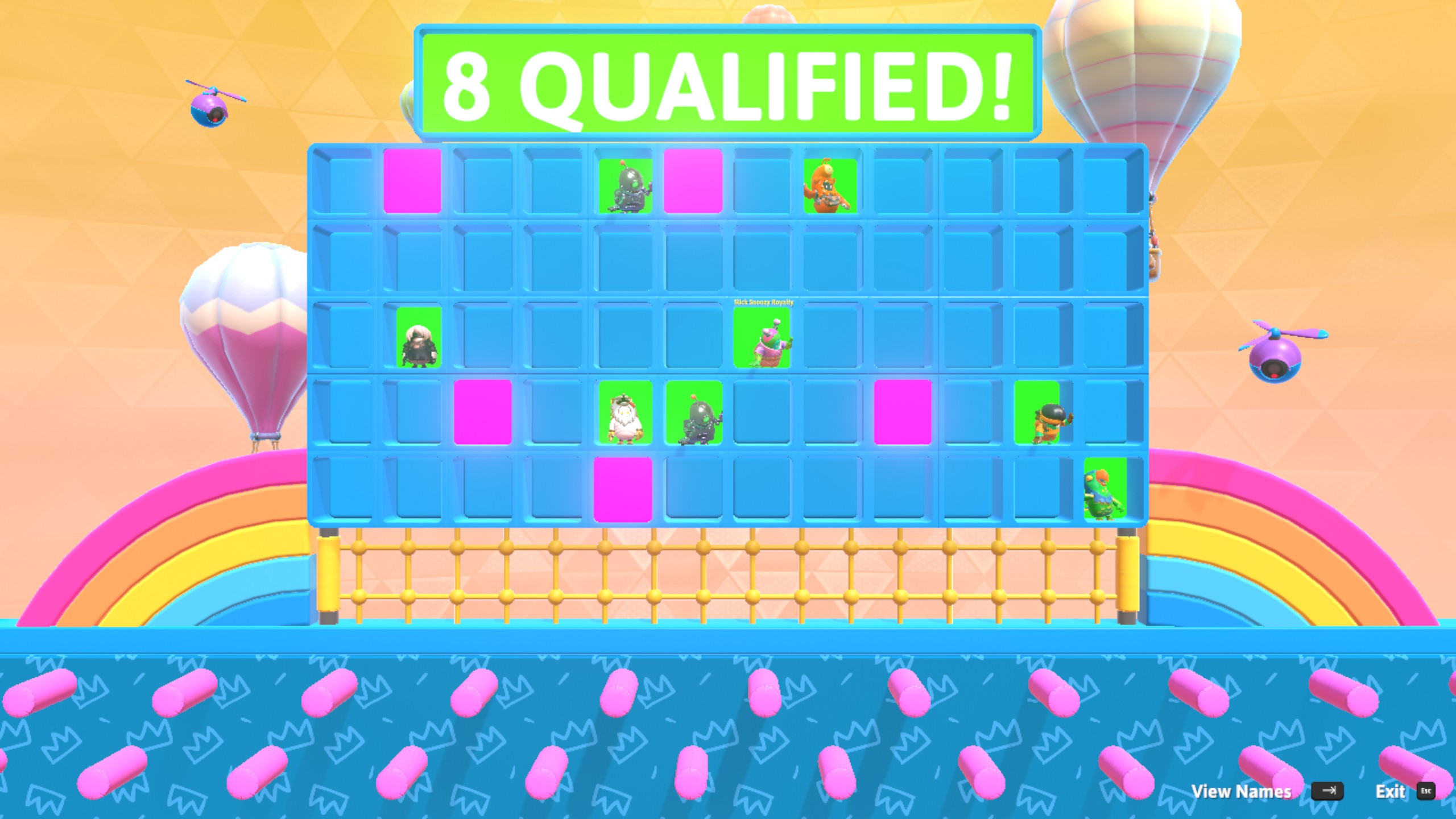 Golden Wolf eliminated me by bs grabs and body bump to isolate land from other players. 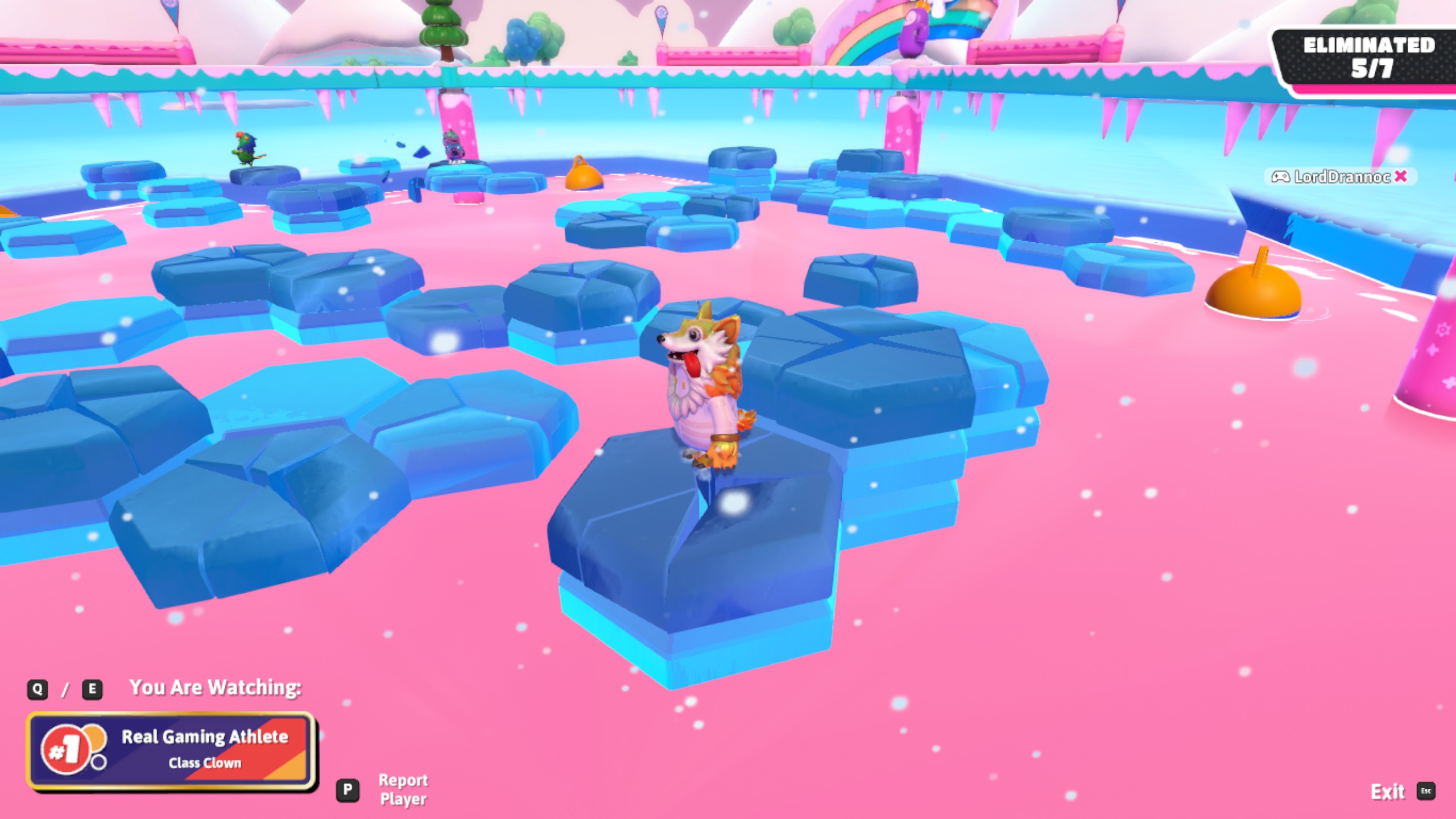 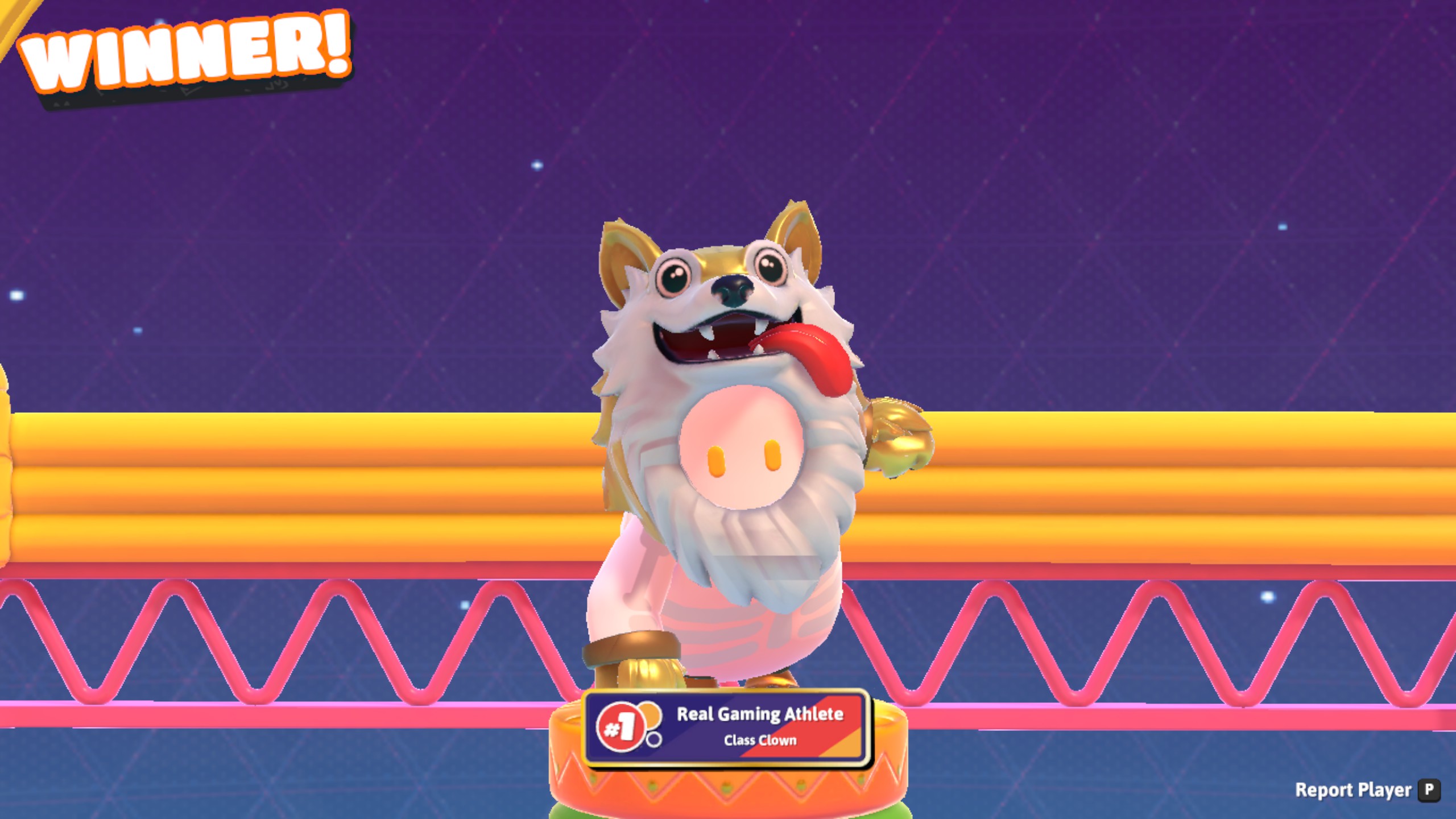 Golden Wolf eliminated those that were messing up their plans on Thin Ice. If done nothing to that player he would and will win. To the player that finds this guide and you were the wolf, fk u 🙂

This guide is for mostly identification purposes.


To deal with the good players is on your own.


In short the show would either give you the right type of maps that you’re comfortable with eliminating players at, or there could be no opportunity before the finale.


If they survive til the finale they are likely to win, that’s fact. So do your best to make them lose.

This is all about Fall Guys: Ultimate Knockout – Player Identification Guide [Season 5]; I hope you enjoy reading the Guide! If you feel like we should add more information or we forget/mistake, please let us know via commenting below, and thanks! See you soon!