Swindle other mob bosses by trading them junk for money, guns and items. Clean out their invetory.
Their cash will regenerate and you can keep trading junk weapons for it’s full value

Swindle other mob bosses by trading them junk for money, guns and items

So Instead of selling guns/items to the blackmarket vendor – trade them to other factions on the diplomacy screen. This feels almost a bit like cheating as you can get tons of money and signature weapons from mob bosses – also making them easier to kill when you attack them in their safehouses. Like ragen without his signature rifle etc.. Even factions you have quite a lot of negative rating with will happily trade thousands for some useless revolver.
You can trade looted useless green/blue weapons that are valued at 3000-7700 for say for Ragen’s signature weapons or other mob bosses signature weapons. or any of the body armors. Thus taking away their ability to properly defend themselves.

Open up the Diplomacy screen – go through the different mob bosses and hit up the ones which you have the most positive rating with first. Get all the stuff you want, bullets – guns.. Need money quick? Just attack a derelict or minor faction and get some junk.
Click trade (Use T to switch between your inventory and the “Marks” or other bosses inventory) then clean them out. Hey you can even of course get a good rating boost by making it somewhat fair.

First select the stuff you want from the boss, (all the cash / weapon) then start selecting your items and it’ll show on the screen what neg/positive.. As long as it’s green you’re going to be able to trade
Examples (I should have taken screenshots of better examples but you’ll realise how easy it is when you start :)) 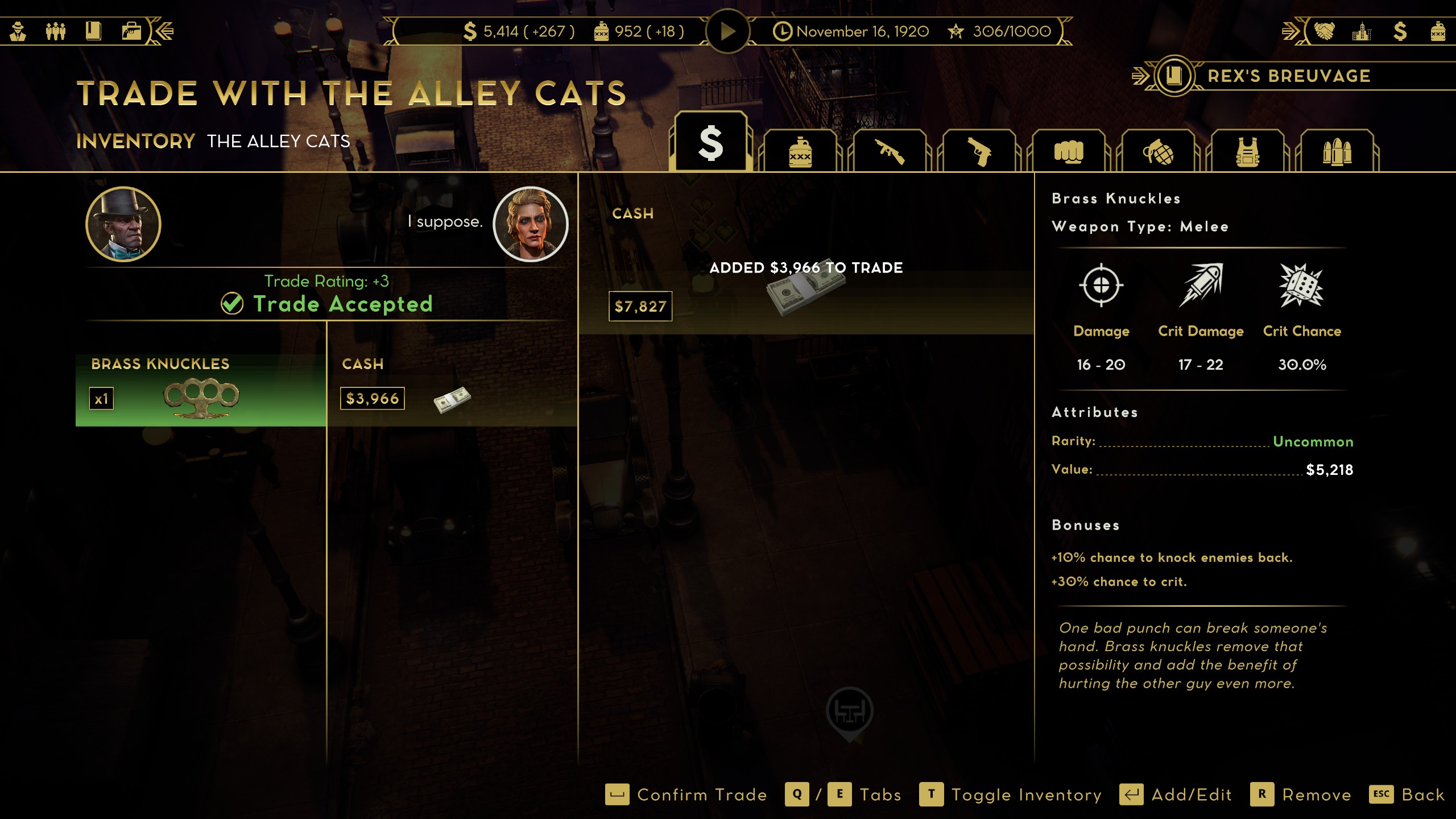 I have negative rating with her but I guess she can have my useless green brass knuckles valued at 5300 for 4k. Instead of the black market vendor who will buy em for 200 or something.

They won’t regenerate weapons, but they’ll regenerate cash so you can always keep selling stuff for money 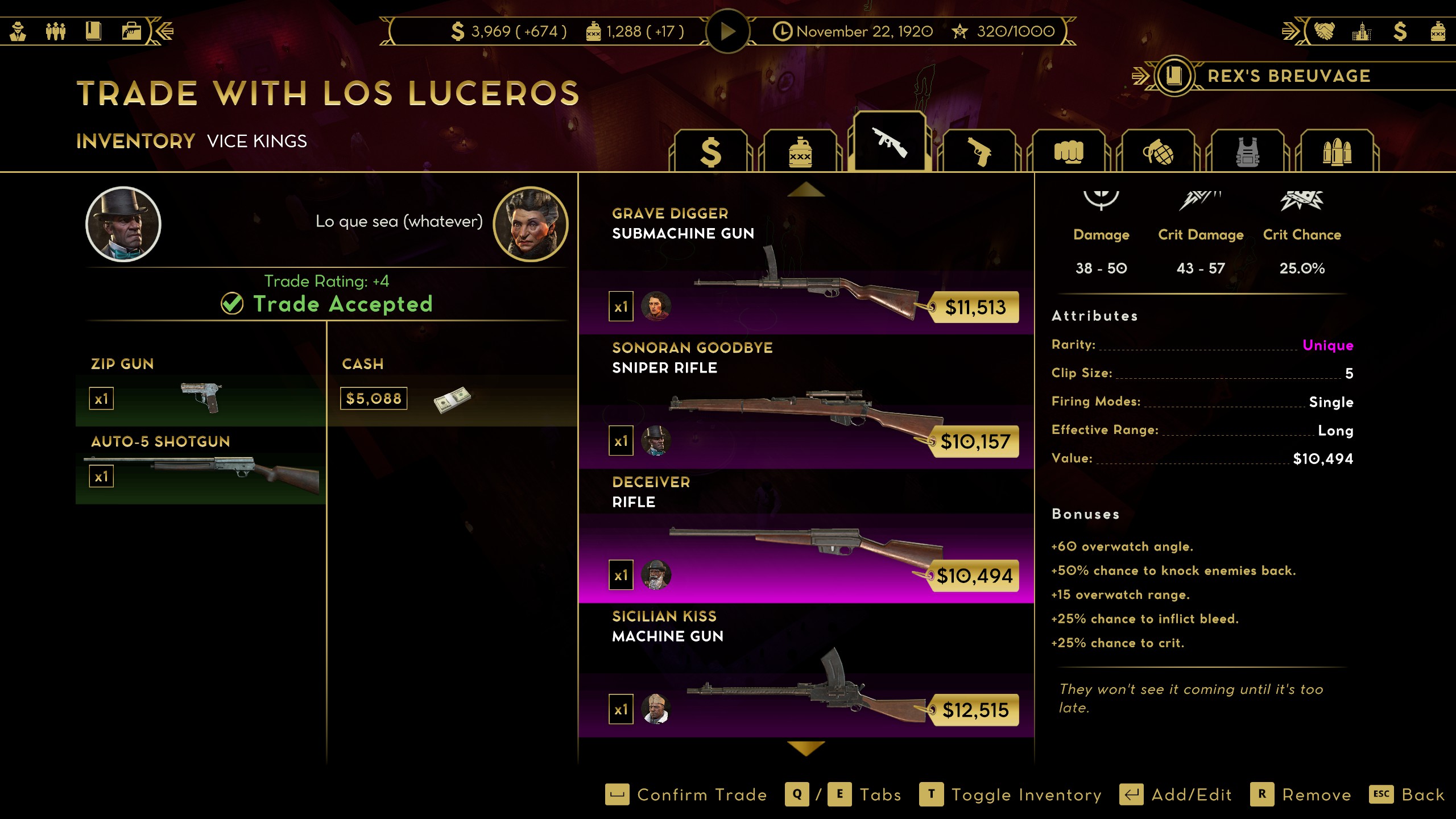 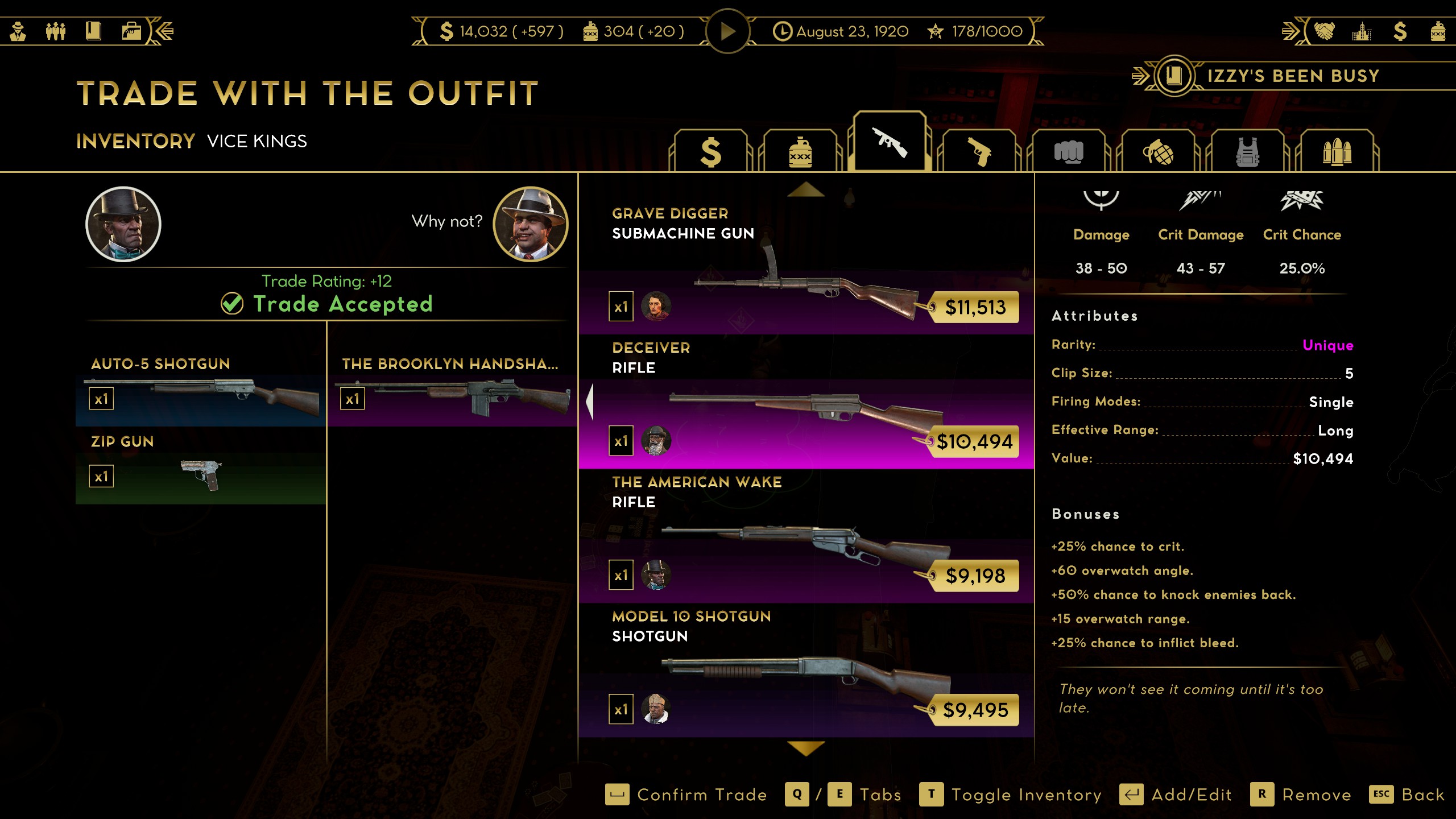 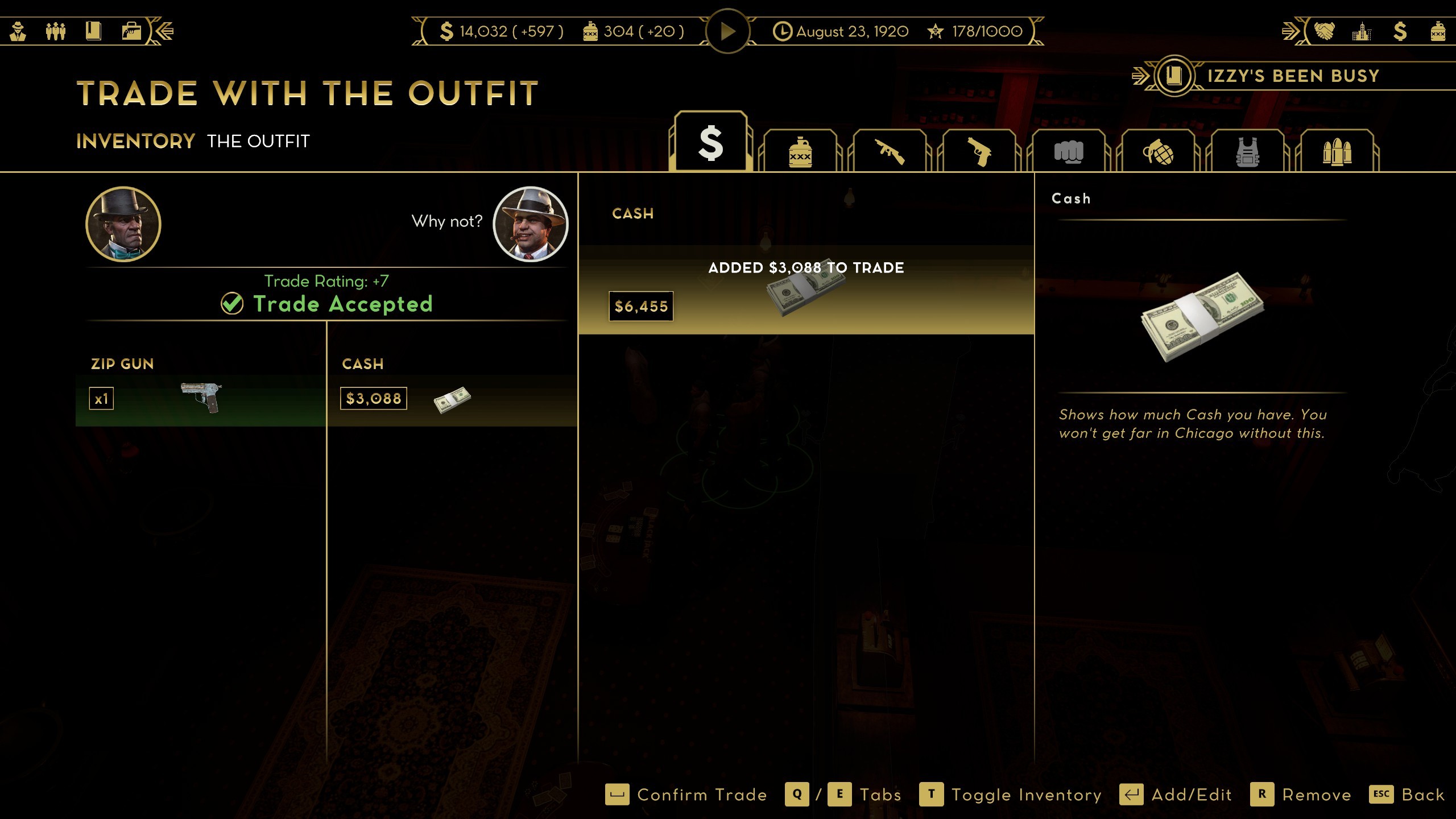 This is the only reason I try to keep on good terms with people until I’m gonna kill them.
Hopefully the game gets fleshed out and diplomacy is more than just swindling mob bosses for their inventory.

This is all about Empire of Sin – Swindle other mob bosses by trading them junk at full value for money, guns and items; I hope you enjoy reading the Guide! If you feel like we should add more information or we forget/mistake, please let us know via commenting below, and thanks! See you soon!