This guide is for players that want to complete the game 100% and preferably in one playthrough. The guide may contain spoilers.

ELEX is a nice game when you get around level 20+ and can explore Magalan more freely. Before that, prepare to die and reload a lot because even a nak*d overgrown turkey will be your worst enemy. The game will be hard even on easy and don’t be ashamed to play on that difficulty if you want to enjoy the game without losing your mind.


Check the Hints section if you need some tips for the game.

The Main Story achievements are unlocked through story progression and they aren’t missable.


Unlocked after completing the first mission. It’s better if you follow Duras to Goliet in this quest because enemies are hard on early levels. Also help Duras kill the Rotboars.

Completed – Origin The Power of the Center.


Outlaws quest. When you find Rat and he asks for 50 shards it is better to give him because he will reward you when the quest is complete. Also you need to complete this if you want to join the Outlaws.


Main story achievement. The “E86” must be a typo.


You can romance either Nasty (Outlaw) or Caja (Berserker) in Chapter 3. If you complete their companion quests then their affection level would be enough unless you decreased a lot through dialogue. Nasty likes when you’re emotional / chaotic and Caja likes when you’re good. You only need to talk to them when the parameters are met and then give your answer.


What you need to complete is:


This is like a Thieve’s Guild quest. First you need a member’s claw and for that you need to complete either Rat (Outlaw) or Katta (Berserk) quest. If you completed the quest Tramp Confederacy them you have received Rat’s Claw. Then go to the Domed City and talk to Vito, the barkeeper, and he will give you a key. Now you can follow the quest to enter the sewers and find the group of thieves. Also Alois is searching for the group and you can snitch them.

Turned the world upside down.

Sealed the fate of Abessa City.


This is not only a single quest, but a group of quests. There are two faction that group together in the city when the ♥♥♥♥ hits the fan and they are Clerics / Berserkers and Outlaws / Separatists. To reach an outcome you need to exaust all the Domed City quests and always choose a side or you will arrive at a stalemate.


If you you’re in a stalemate after all quests are completed then you can try killing Alois (Cleric) or Rorik (Berserker) and wait a few days. You will receive a message “You choose a side…” after killing one of them.


It will take time to complete 300 quests and it is better if you do all possible quests before joining a faction.

Instead of playing the game 3 times for all the endings it is better to find a way to do all of them in a single playthrough. For that you need to lower your cold status throughout the game before reaching the last boss (Hybrid). If you don’t do that then you need to start the game again and play ALL the way to the end. The cold status can ONLY be decreased through dialogue and there is no other way unless you find a way to cheat that.


Before the fight with last boss you need to have the cold status on purely emotional or expressive (0 – 10). Then you will need to buy at least 950 natural elex. If you need money then you can hunt for monsters and sell their loot. If you have the animal trophy 3 then you will get more items and make much more money. I usually got around 40k per sweep.


When you reach the Hybrids chamber door, make a save file and go for the first fight.

Sided against the Hybrid.


When talking with the Hybrid, choose the emotional choices.

Fed Mana to the Hybrid.


Before the fight you might want to make another save because on the next fight you need to drink all the natural elex.


Reload your save again and then drink all the natural elex. You will have the “ice cold” status after this. When talking with Hybrid choose the cold answers. After the fight you will get the Elexetor Armor, the best armor and the only way to get it is through this ending.


Awarded for finishing the game.


Have cold status 10 or lower.


If you reached ice cold drinking elex potions then you might need a dialogue for it to register and unlock the achievement.

Before joining a faction, it’s better to prepare a way to complete any skill tree in the game. For that you will need lots of money (shards). Explore all the places you can for loot to sell. Depending on your level you might need at least 120k to spend on making elex potions. The skill Haggler can help get lower prices.


The recipes por making Elex Potion and Strong Elex Potion can be bought in Goliet. Make a save file for this and choose a skill tree that you want to master. Create 20 Strong Elex potions and 100-150 Elex Potions. Next find the teacher of the skill tree and unlock all the skills you can. Just add points on the attributes that you need. Once you get the achievement you can reload and master another skill tree.


Keep in mind that drinking elex potions will raise your cold. If you raise it too much you might lose one of the endings.


I don’t know if you can lock yourself from joining the Berserkers because you need pledges. Be careful of the missions you do.


Awarded for joining the clerics.


Awarded for joining the Outlaws.


All skills achievements can be farmed. Ex: If you unlock a chest and reload, it will be counted towards your progress. The same with other skills.


You need the Hack skill if you don’t have the safe code. Also check the place you’re in because the safe code can be written on a wall, desk or other object. Having the code also works towards the achievement progress.


Get Pickpocket skill then sneak and steal. Works better on dark places and if the target is sleeping.


Not only modify but also upgrade counts. You need Upgrade Weapon skill and also faction skill that modifies the weapon damage.


Requires the Picklock skill. This is one achievement that need some farming. Good luck trying to find 100 chests the “honest” way.


You need 85 Strength, 85 Dexterity, 90 Constituion, 50 Intelligence and 40 Cunning to master it. This is the hardest of the skill trees to master.


This is the Craft skill tree and you need Strength 60, Constitution 40, Dexterity 85, Intelligence 60 and Cunning 55.

These achievements can be done when exploring Magalan.


Any human npc count, even reavers.


Teleports are like fast travels in ELEX. They are very useful.


If you reached this level then you really like this game.


Awarded after recruiting 5 companions. Check the map for locations. 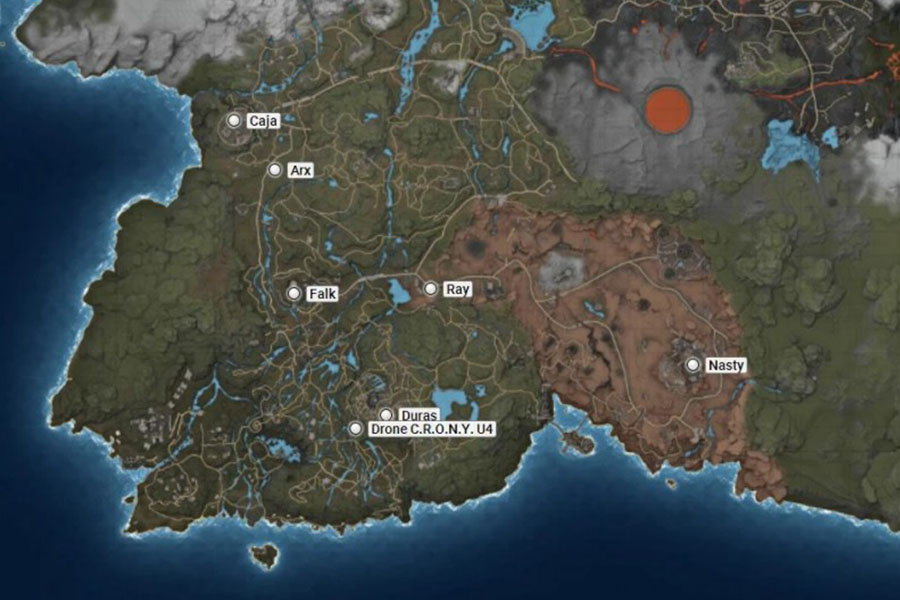 
Only gameplay counts. If you’re in the menu it won’t count. Also if you iddle the game then it returns to the menu.


Animal Trophy make these achievements easy to get.


On the fist area of the game you get this. Also the first achievement we get in this game.


You must collect those numbered photos that are scattered on Magalan. There are some guides here on Steam that shows were to find them.


You get this achievement easy late game when monsters are easy to kill. Early game you can kill rats to fell powerful killing a creature in one blow. They also count.


You will get this easy playing the game.


This will also be easy if you explore the map. There is a lot of Reavers out there. Go to the lighthouse in Tavar for a funny scene with them.


You can receive this as a quest from Eva at the Hort. In her first quest she asks you for a book in the Cathedral library. Then later she will give you the “Road to Calaan” quest. The written clues named “The Four houses” are for the code to the door were you find Calaan and the photos are the location of the next clue. There are 9 in total.


If you’re lost then there are guides for the Calaan achievement.

Thanks for reading the guide. I hope it help with this game because it can be hard when we start to play it. Later you can get your revenge on Magalan’s creatures.


I will update the guide when something new shows up.

I hope you enjoy the Guide we share about ELEX – Complete All Achievements + Walkthrough; if you think we forget to add or we should add more information, please let us know via commenting below! See you soon!