Guide on how to get Machine Gun Shield build.

Feel like the Machine Gun Shield Build should get more recognition. What makes this build so good is that you can basically spam the living crap out of it. The weapon is using stamina, instead of FP. Which mean you can use it aslong as you have the incantation “Fire’s Deadly Sin” activated on you. You’ll be able to solo kill bosses without any problem. While you shoting the boss, you wil also be tank enough to take hits from them.

This guide will go in depth on how to get the items required for this build to work, and what stats you need to be able to use this build.

There is three items you need to have, to make this build work: 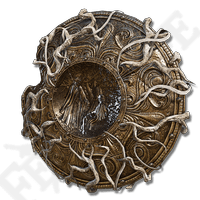 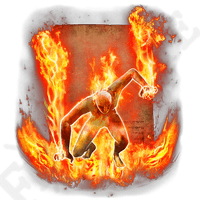 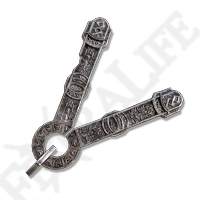 Erdtree Greatshield is a shield that scales

primarily with strength and faith.

Since this shield it’s a greatshield (which provide the best protection in the game and weigh a decent amount), it works wonders against enemy and boss attacks, since this type of shield works best at reducing damage or guarding instead of parrying. Erdtree Greatshield has a skil named Golden Retaliation: Ready the shield to unleash its protective incantation. The shield with dispel sorceries and incantations, retaliating with golden power.

How to get the Erdtree Greatshield

The Erdtree Greatshield can be acquierd by killing both Tree Sentinel Duo – [fextralife.com]

Tree Sentinel Duo is a foe boss that can be found in Altus Pleatau. Near the Outer Wall Phantom Tree grace.

(Both boss foes need to be killed before the item

Erdtree Greatshield will be dropped into your inventory)

Fire’s Deadly Sin is an incantation. When this

incantation is activated, will the spell cover both the player and the area with flames. The spell will last awhile after the user cast the spell. While the player is covered with flames from the incantation spell Fire’s Deadly Sin, the player will slowly lose HP.

How to get the Fire’s Deadly Sin

To get the Fire’s Deadly Sin you first need to find a painting which is found at Fortified Manor, First Floor in west Lyendell.

After finding the painting, go and find the

painter at Windmil Heights southeast overlook. After finding the painting and the painter, he’ll drop the incantation Fire’s Deadly Sin.

To make this build work, you will be needing a

sacred seals which can cast Fire’s Deadly Sin. One easy item to get which works with the incantation is Finger Seal. You can get the item as soon as you unlock the location Roundtable Hold. Finger Seal can be purchased from Twin Maiden Husks at the Roundtable Hold for 800 Runes.

Confessor and Prophet classes starts with the item.

Hope you enjoy the Guide about ELDEN RING – Machine Gun Shield Build, if you think we should add extra information or forget something, please let us know via comment below, and we will do our best to fix or update as soon as possible!