This is a guide that explains what I believe to be the game’s “intended” route. This route was determined by me through various sources, the main of which is the cookbooks. This route will take you through the game in a kind of “easiest-hardest” way and will help you to progress everything without fear that you’ve broken something. I will also attempt to do this while being a spoiler-free as possible, allowing you to follow the route but discover most things on your own.

Other Stuff and Suggestions

For those that enjoy this guide, I also have

And will make more as time allows. If anyone has any suggestions or a guide they’d like to see, let me know.

What I mean by “Intended” and the TL;DR for the Guide

I just wanted to clear something up. By “intended” what I mean is that this will get you through the game in the safest way possible and with as few risks as possible. This will, in some ways, take away a lot of the open-world aspect that the game offers. It may be the “intended” story, but I don’t believe it is the “intended” way to play. With that said, if you plan to stick with the game for multiple playthroughs and enjoy the “Dark Souls Experience” please wait to use this guide until at least your second playthrough. However, I completely understand if you just don’t have time for multiple playthroughs or find the idea of exploring the massive open world with no direction frustrating. With there only being so many hours in a day, and only so many of those hours being available to play with, it’s perfectly fine if you just want to see all there is to see in a single playthrough. That’s why this guide is here. I hope that this guide can help players of all kinds to enjoy this game as much as I’ve been enjoying it and see all that the game has to offer! So to all my fellow Tarnished….Hang in there, skeleton!

This is my original version of this guide, I’m adding it here so people can access it but I have since noticed issues or had issues brought to my attention and will be correcting them and improving this guide when I have time to do so. Until then, this guide works with Patch 1.03 and is about 95% the way I think it should be for a spoiler-free version.

Here are some notable people and places. 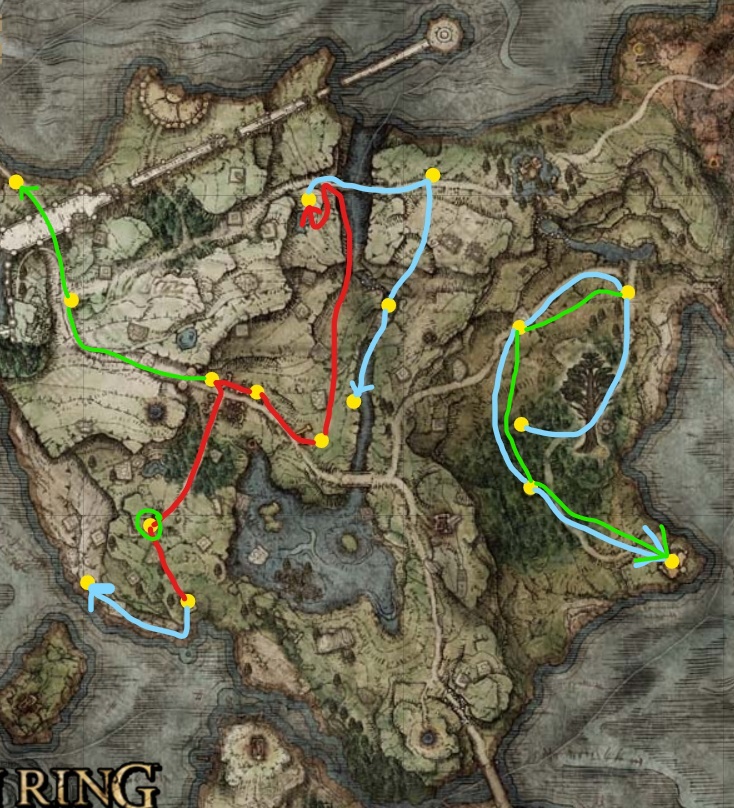 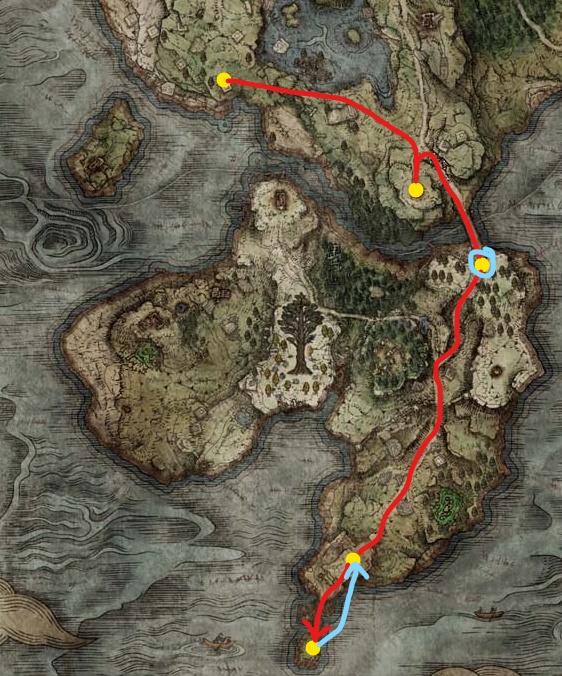 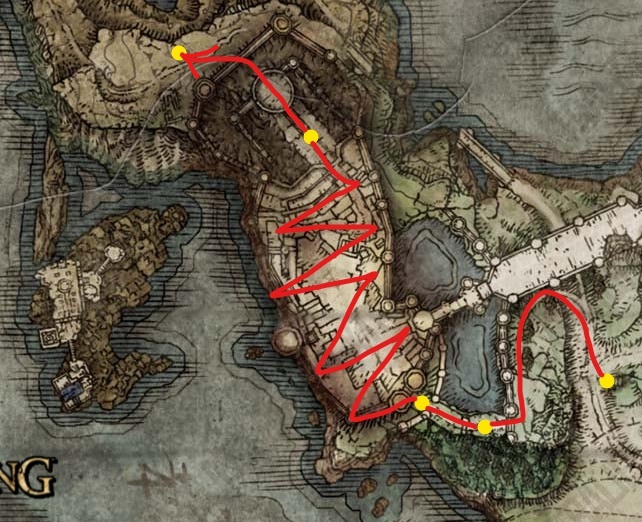 Swimming in the Lake 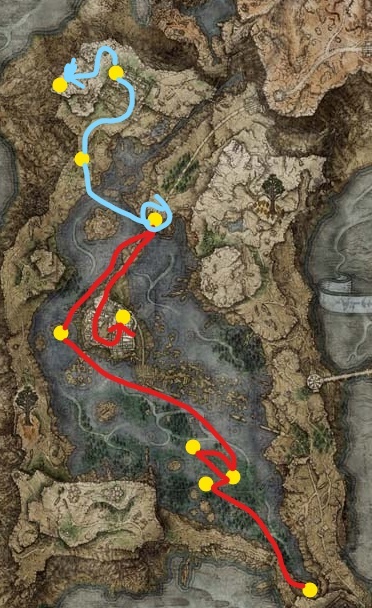 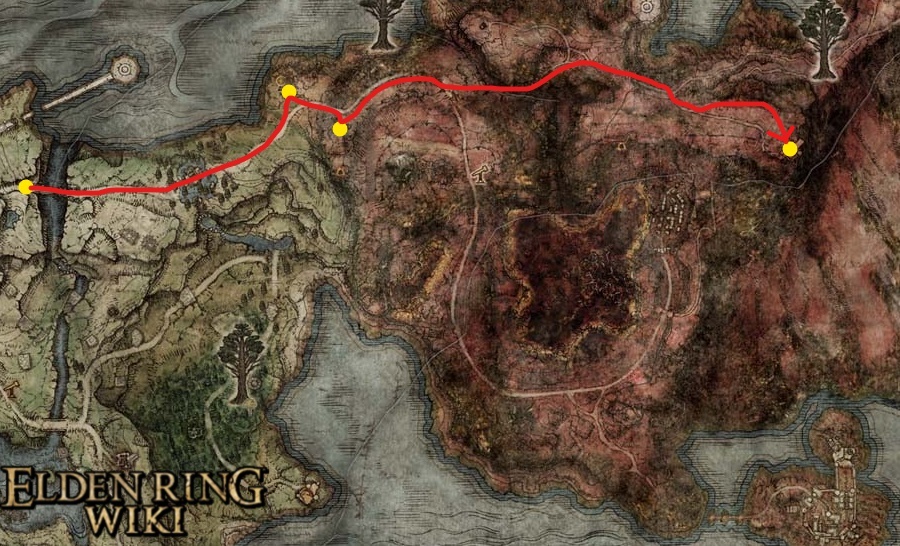 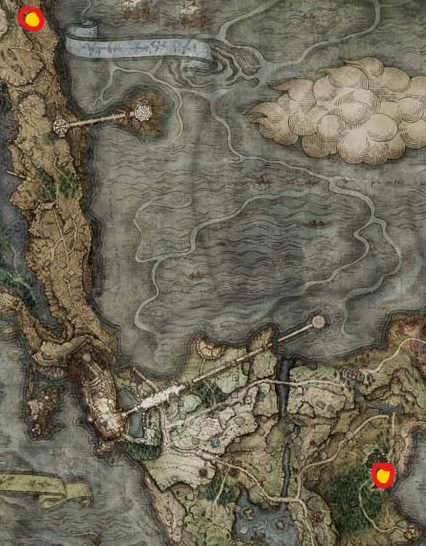 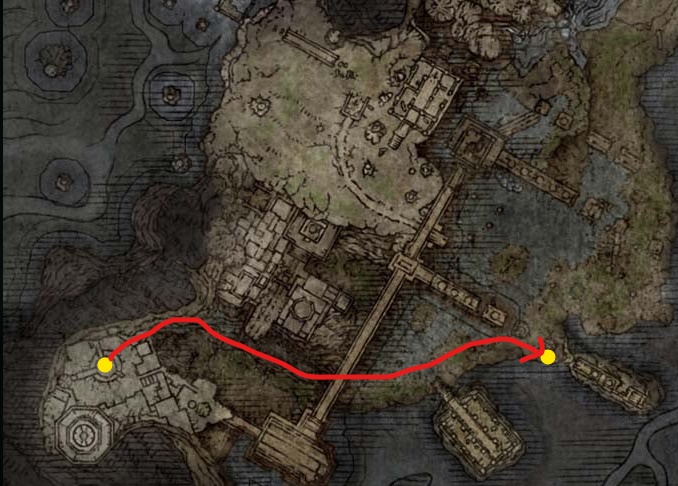 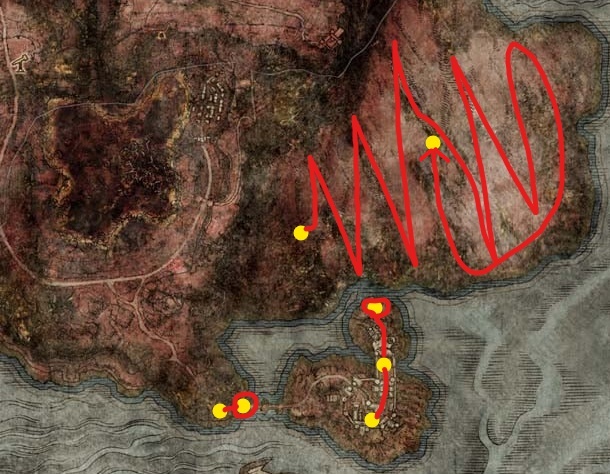 Underground Part 2: Into the Crater 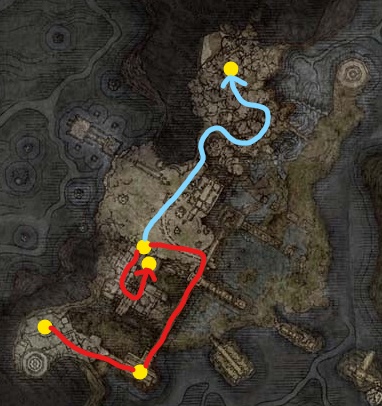 Choice 1: The Grand Lift of Dectus 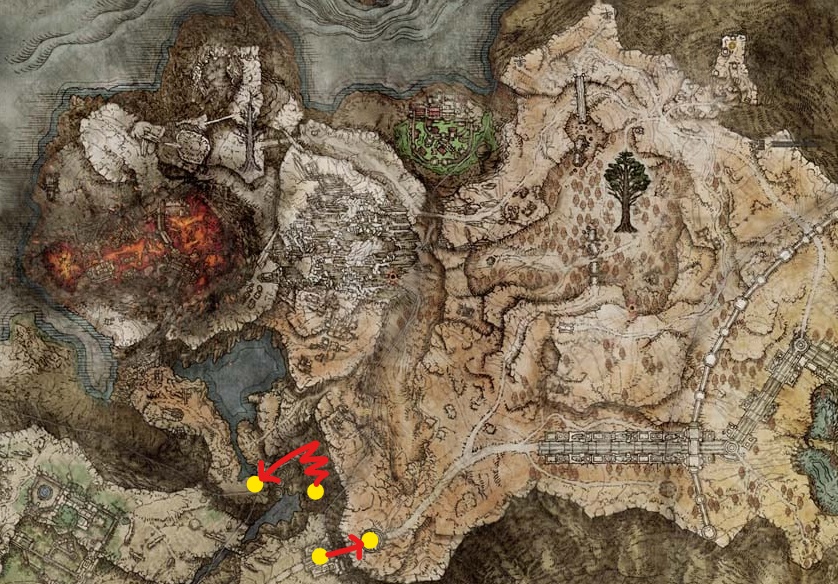 Underground Part 3: Into the Coffin and Following Ranni 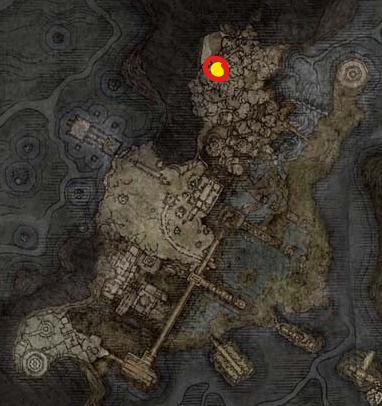 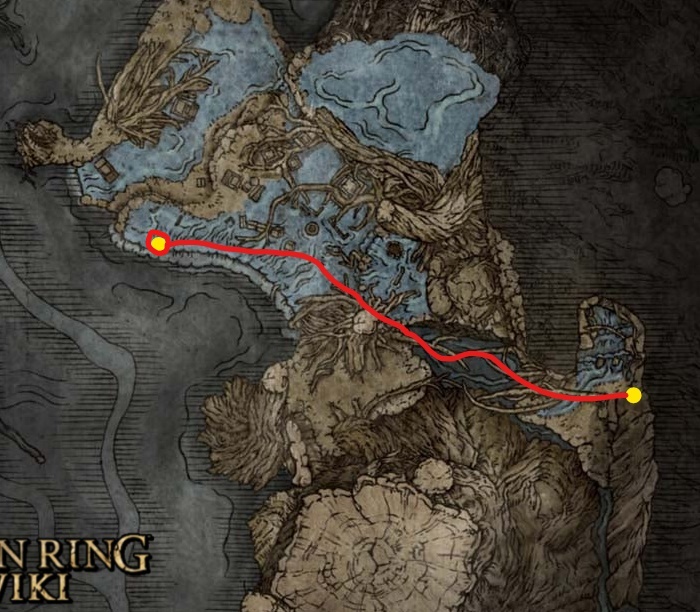 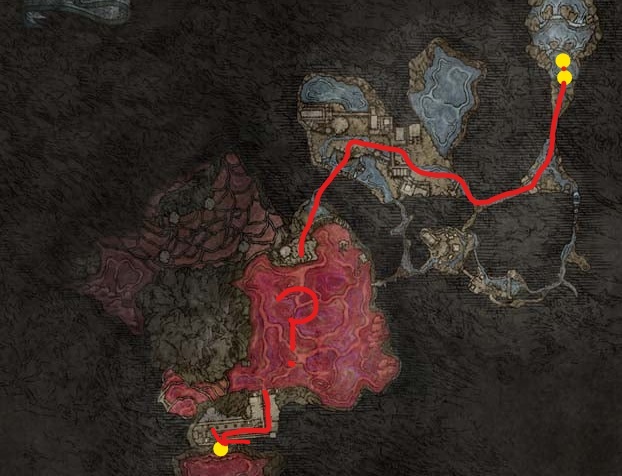 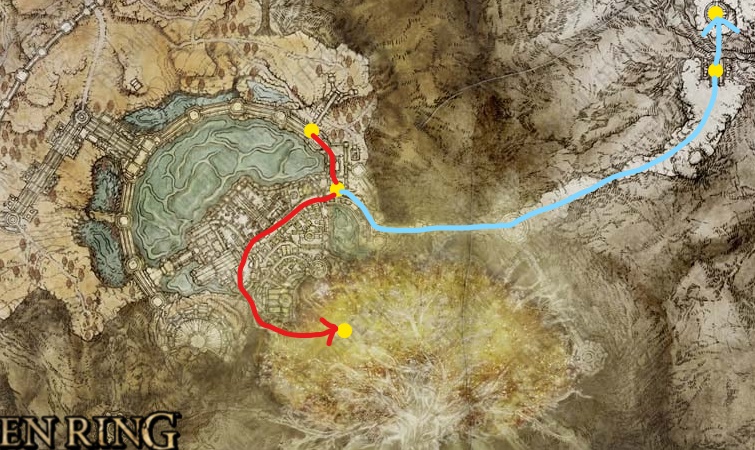 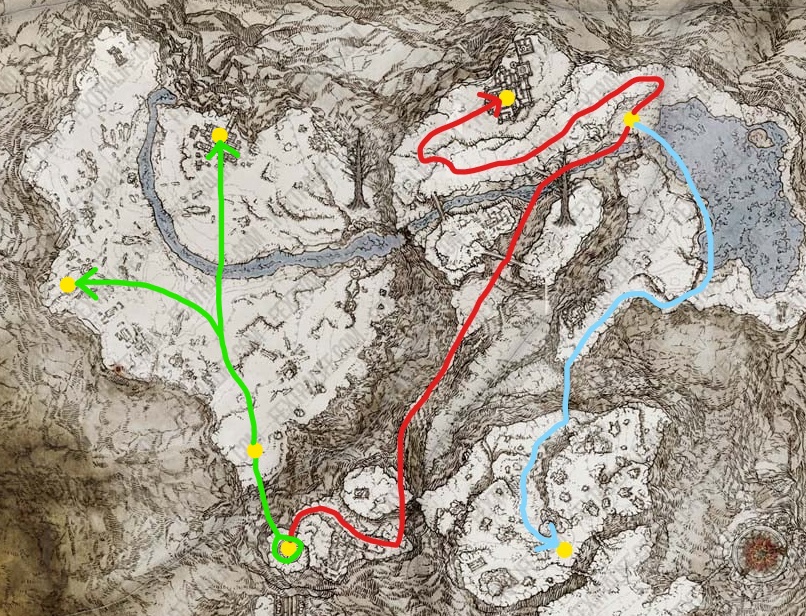 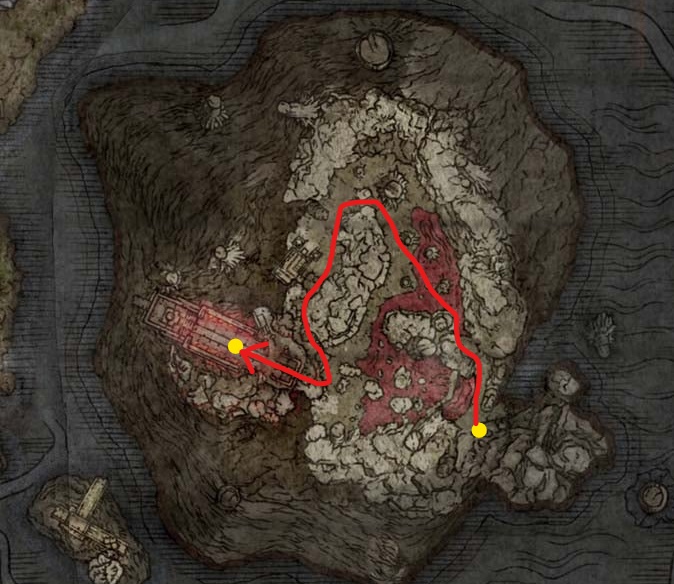 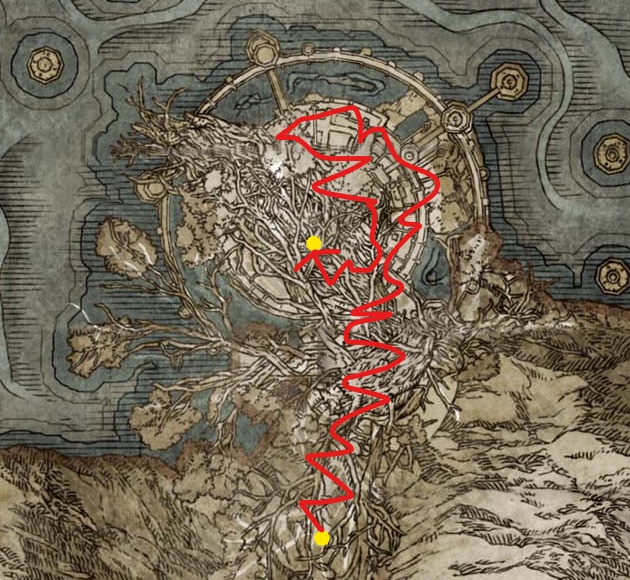 This Tree is on FIIIIREEEE!!!!! 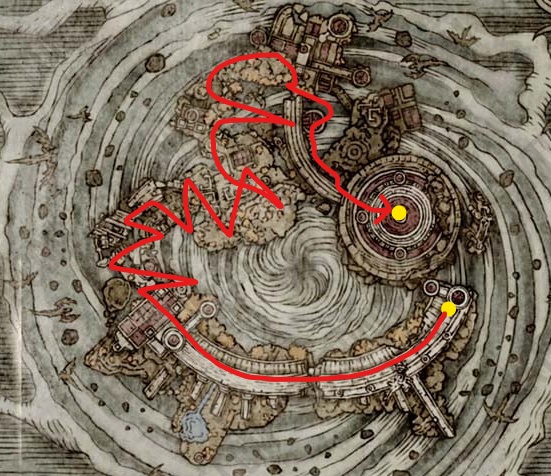 Hopefully you’ve enjoyed this guide. I have plans to make it much more detailed in time. I originally wrote it on reddit and it had a limit of 40k characters so I was unable to fit any more in it.


Once more I would like to say, if you’ve enjoyed this guide, I hope you’ll check out the discord and reddit in the Other Stuff and Suggestions section. We’ve got a lot of cool and helpful people there from all platforms and are in the process of working on a few projects. Because the eldenring subreddit removed my posts, it has become harder to spread these guides and the Roundtable community to many of the players that could benefit from them. Hopefully by posting more of my content here, word will spread more easily.


With the release of Elden Ring, many new players to the souls-genre are arriving into what is possibly the largest and most complex souls game yet, and so I’d like to help them get through this early phase and truly become part of the amazing Souls community!


So for any new souls players out there, Hang in there, Tarnished!

And for anyone who does decide to join the discord/reddit, Welcome to the Roundtable!

This is all about ELDEN RING – Intended Route + TLDR Useful Guide; I hope you enjoy reading the Guide! If you feel like we should add more information or we forget/mistake, please let us know via commenting below, and thanks! See you soon!