The minimum requirements to wield the sword is 12 points in strength and dexterity and 24 points in intelligence and faith. When the requirements are met you gain the ability of using the weapon’s two weapon arts: Comet Azure Sorcery and The Burst of Flames.


The weapon can be upgraded to +10 by using somber smithing stones.

The scaling of the weapon are listed in the table below:

Make your way to the Carian Manor until you reach the Manor Lower Level grace [image 1 below]. Go out the doorway and head east past the first stone bridge [image 2 below]. Now go north across this small stone bridge [image 3 below]. Go halfway out on this stonebridge [image 4 & 5] and you will see a building on the left side [image 5]. Jump to this building and jump again to the lower level where you can see the ladder [image 6]. Go down the ladder and the sword will be in a chest [image 7].

On your way to the Carion Manor you should find Road to the Manor grace, where you’ll encounter a giant that sells somber smithing stones 1,2,3 and 4 [image 8]. Buy these if you have not gathered them yet, speak to the giant and you can upgrade your Sword of Night and Flame to +4 already. 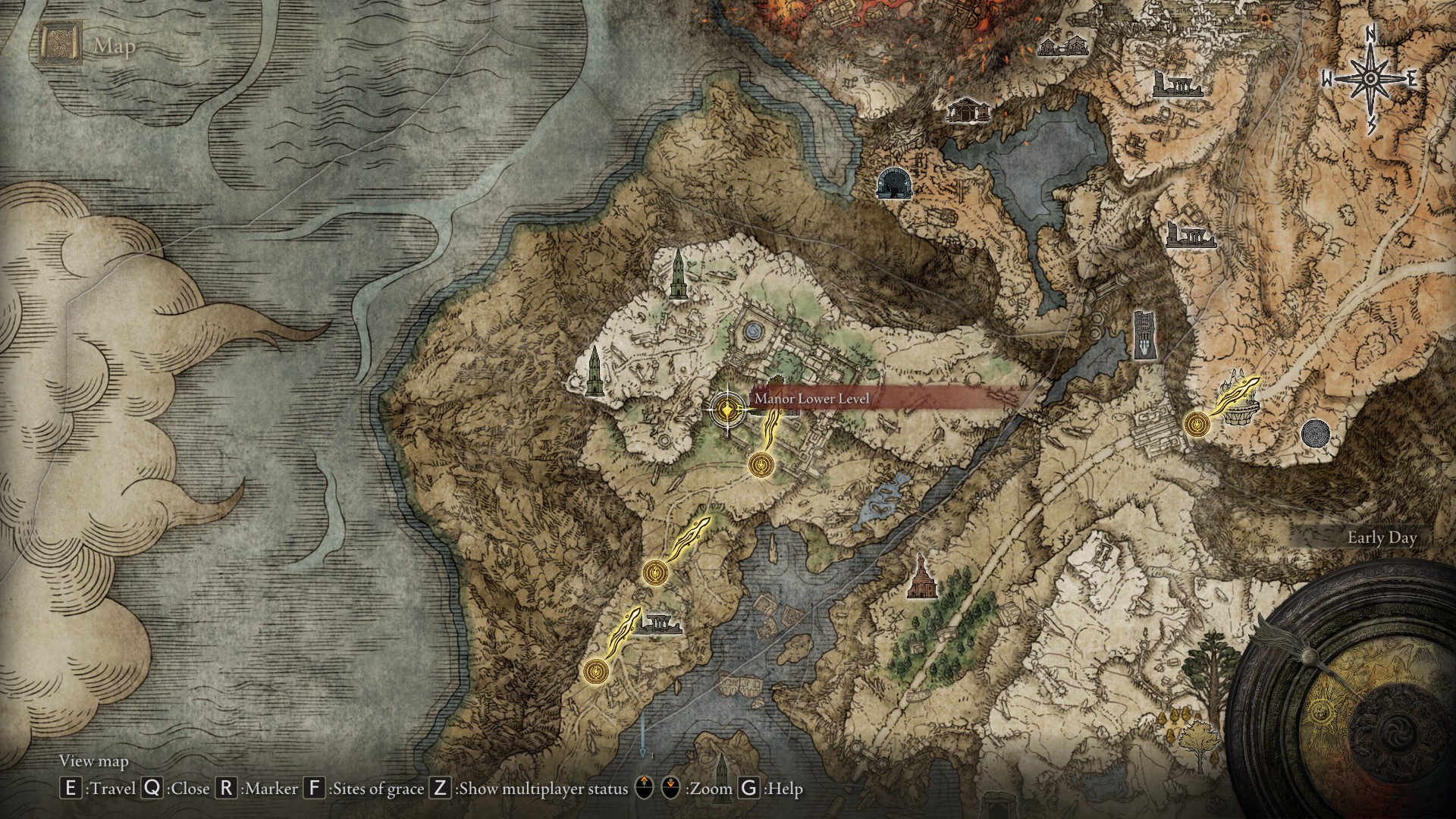 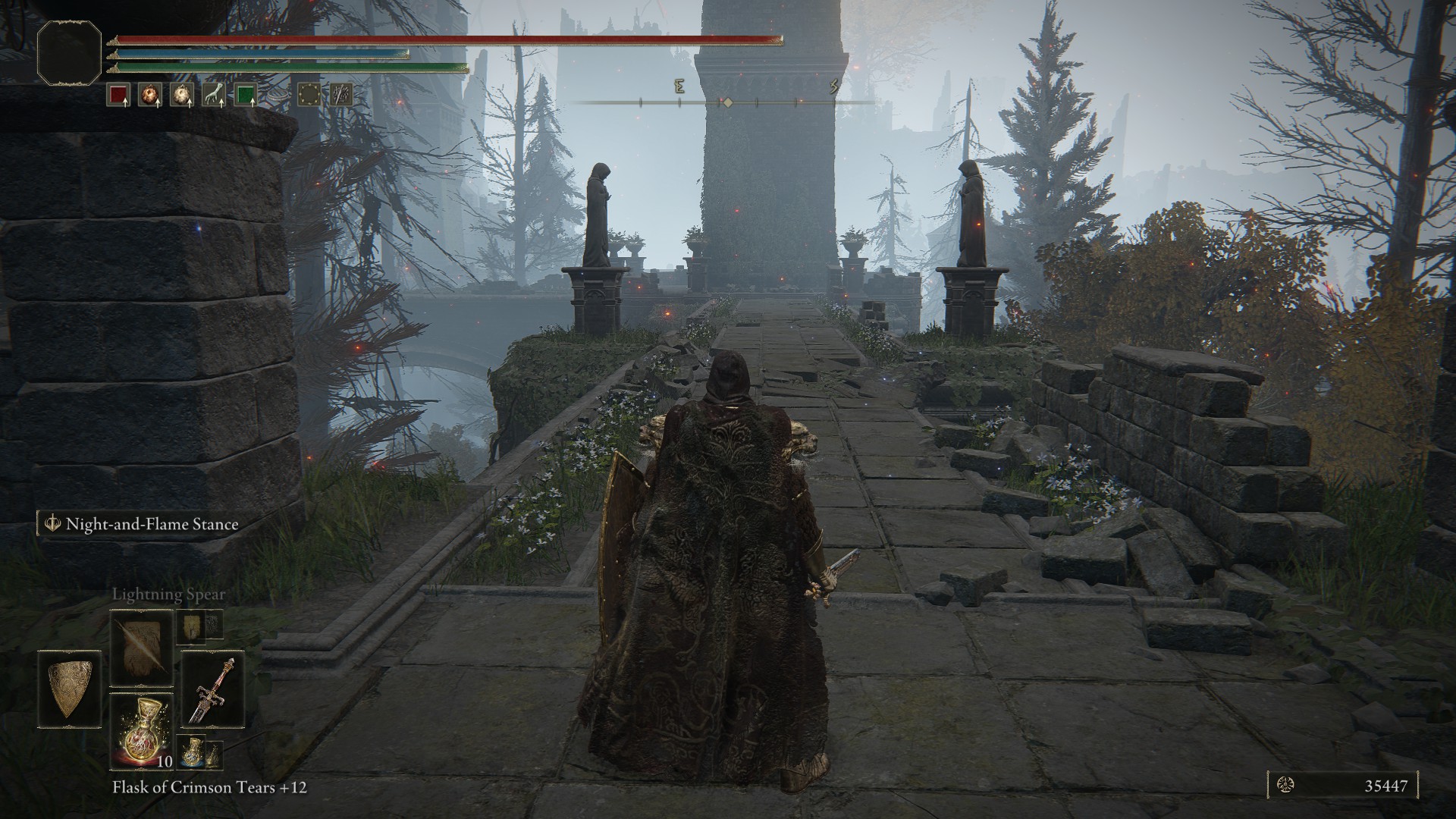 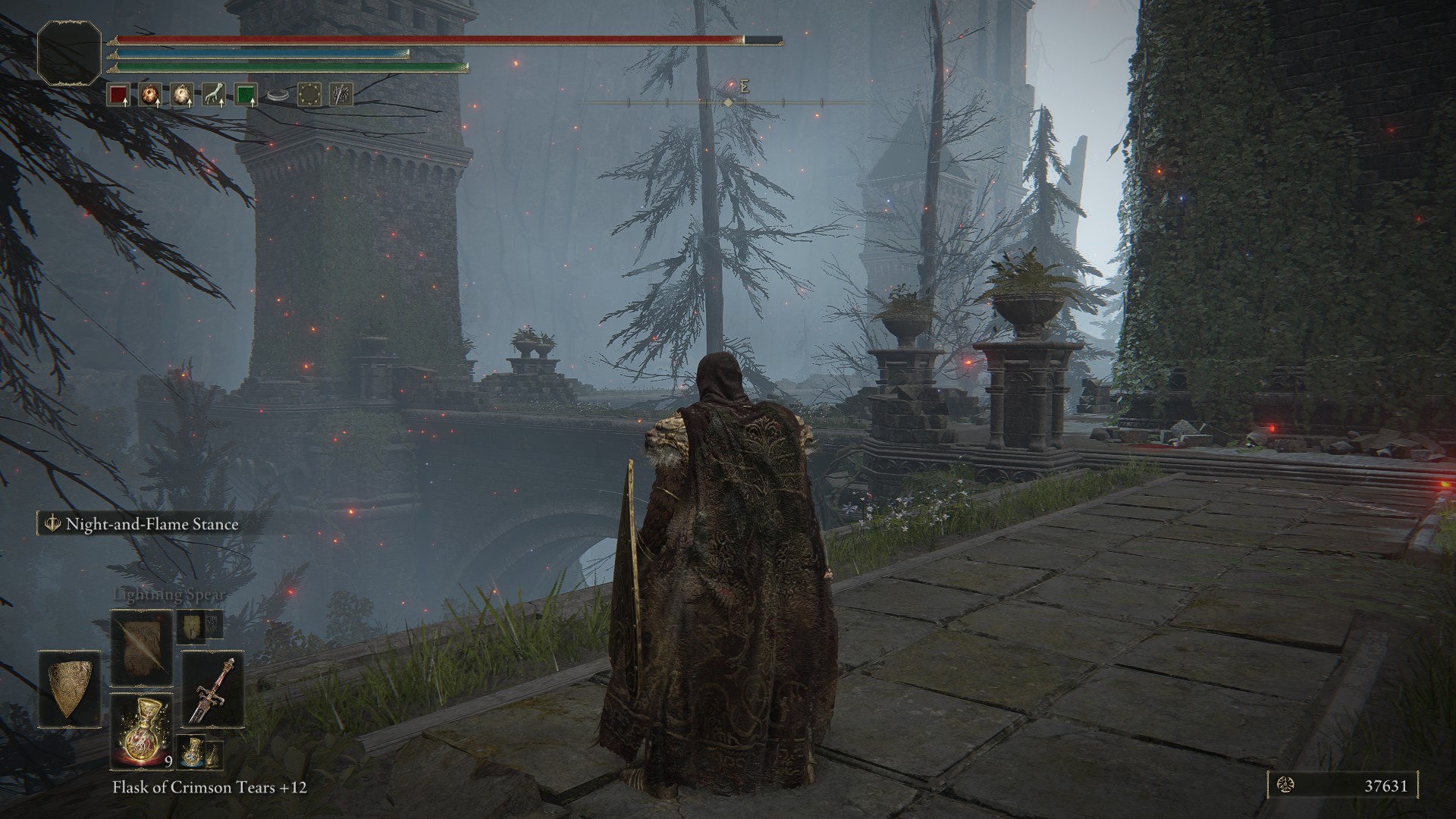 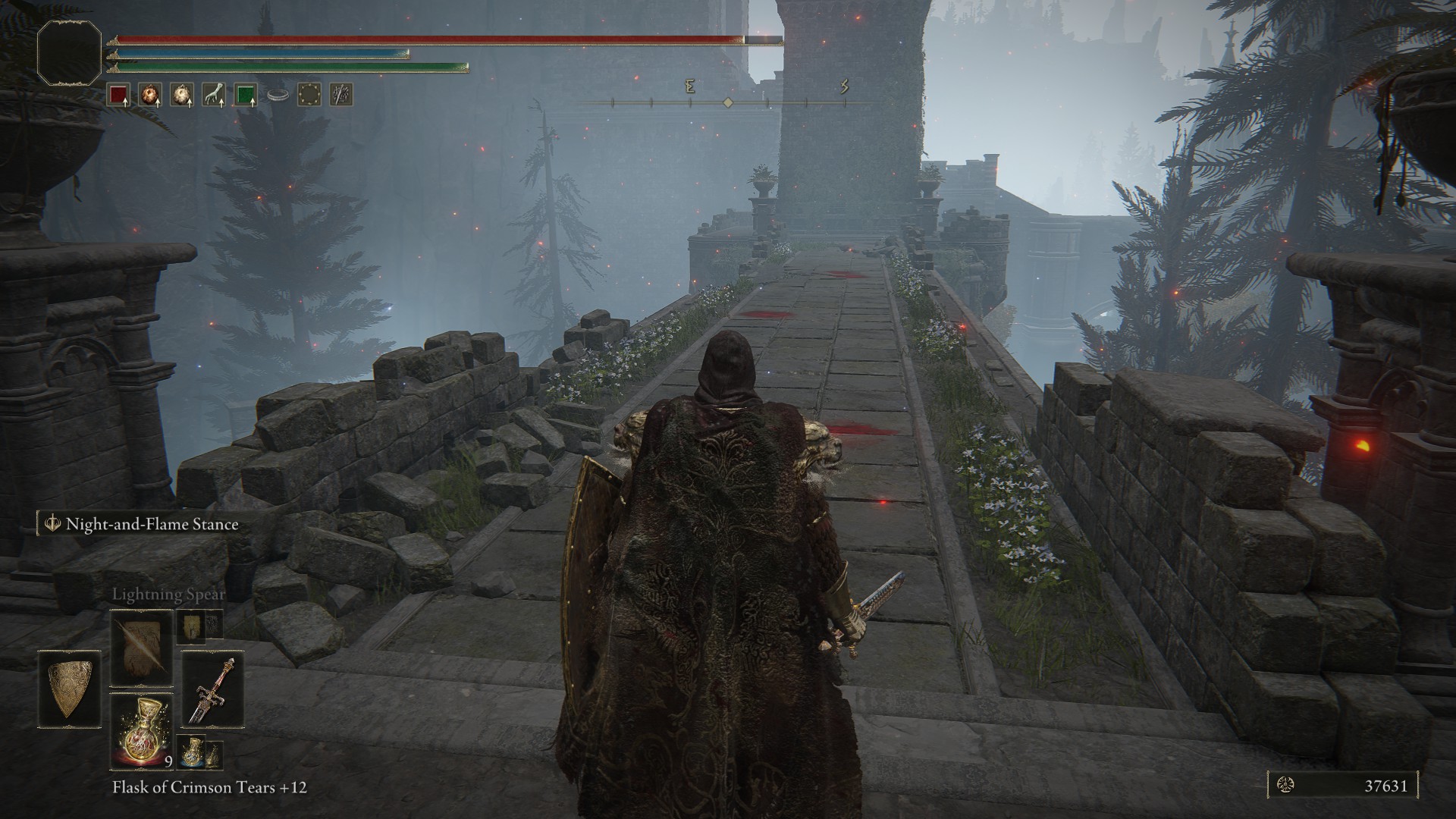 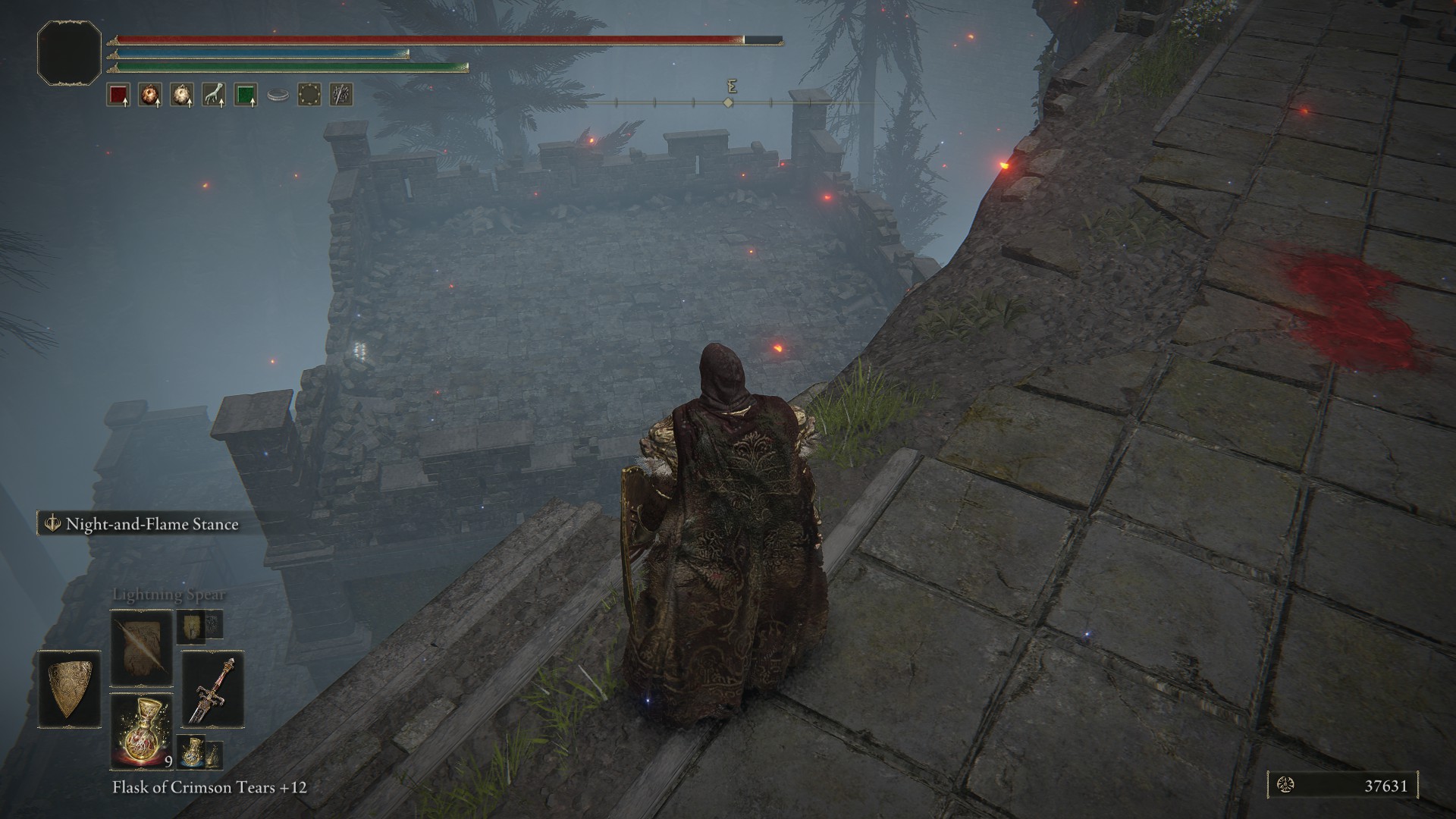 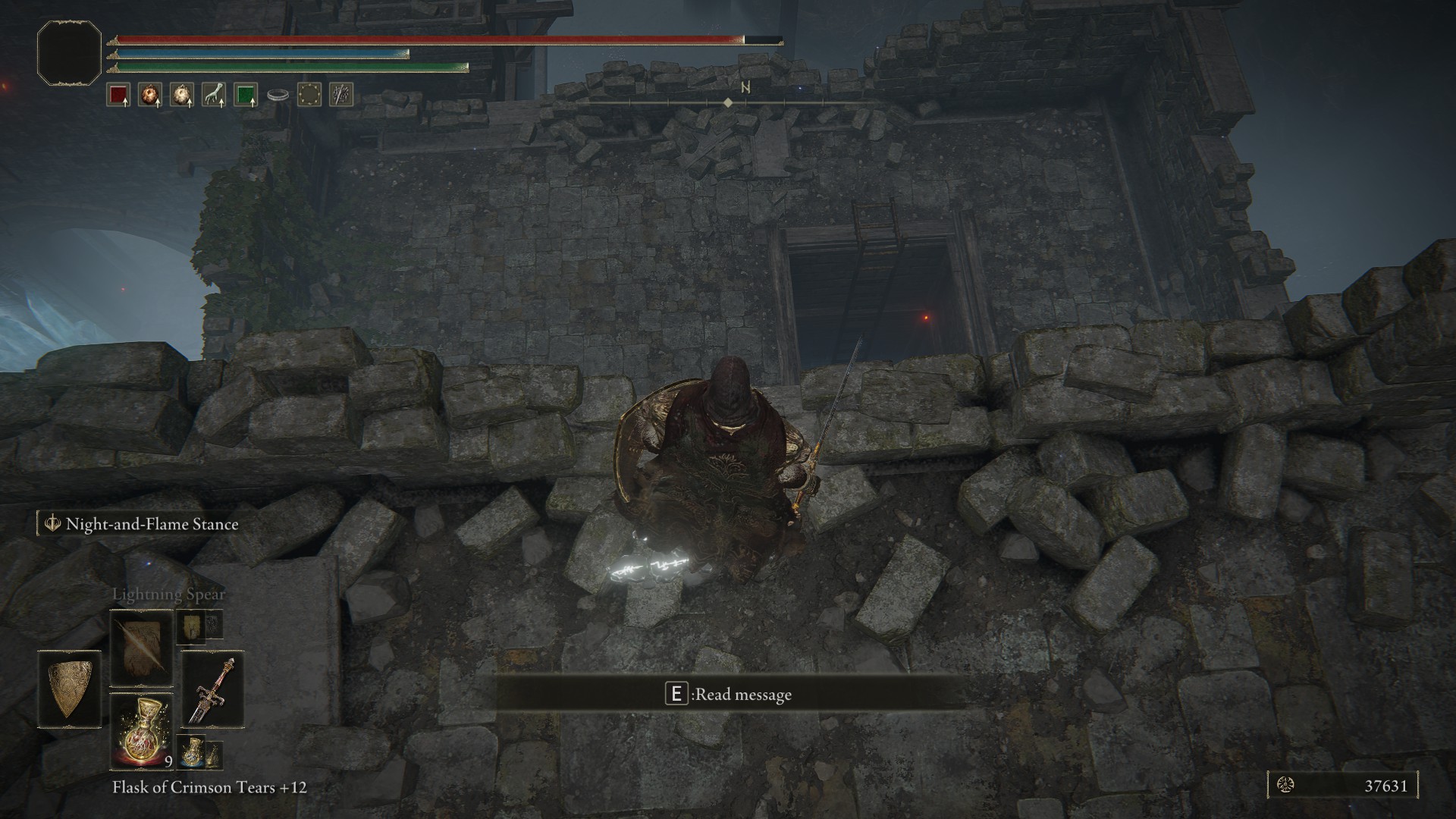 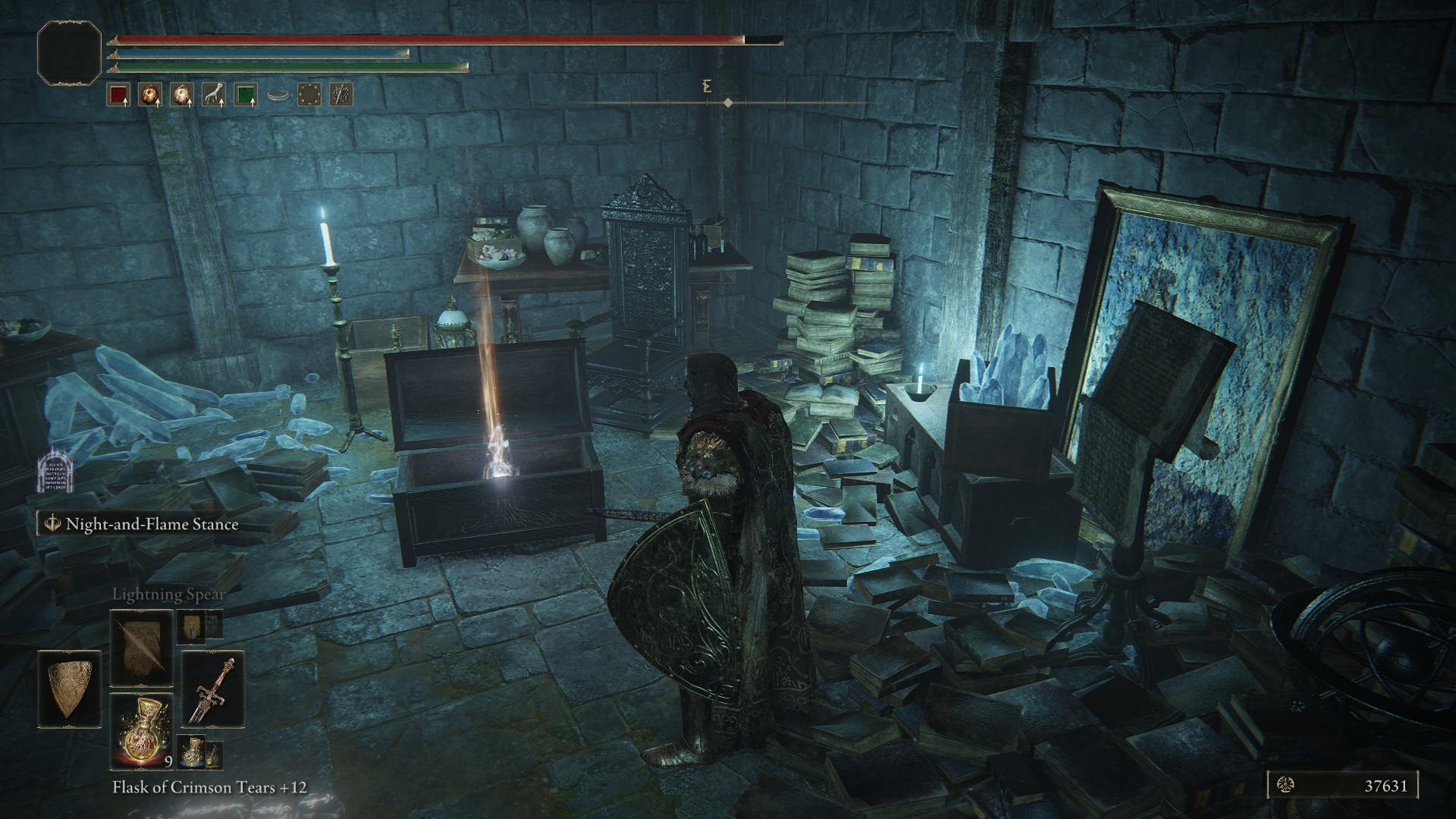 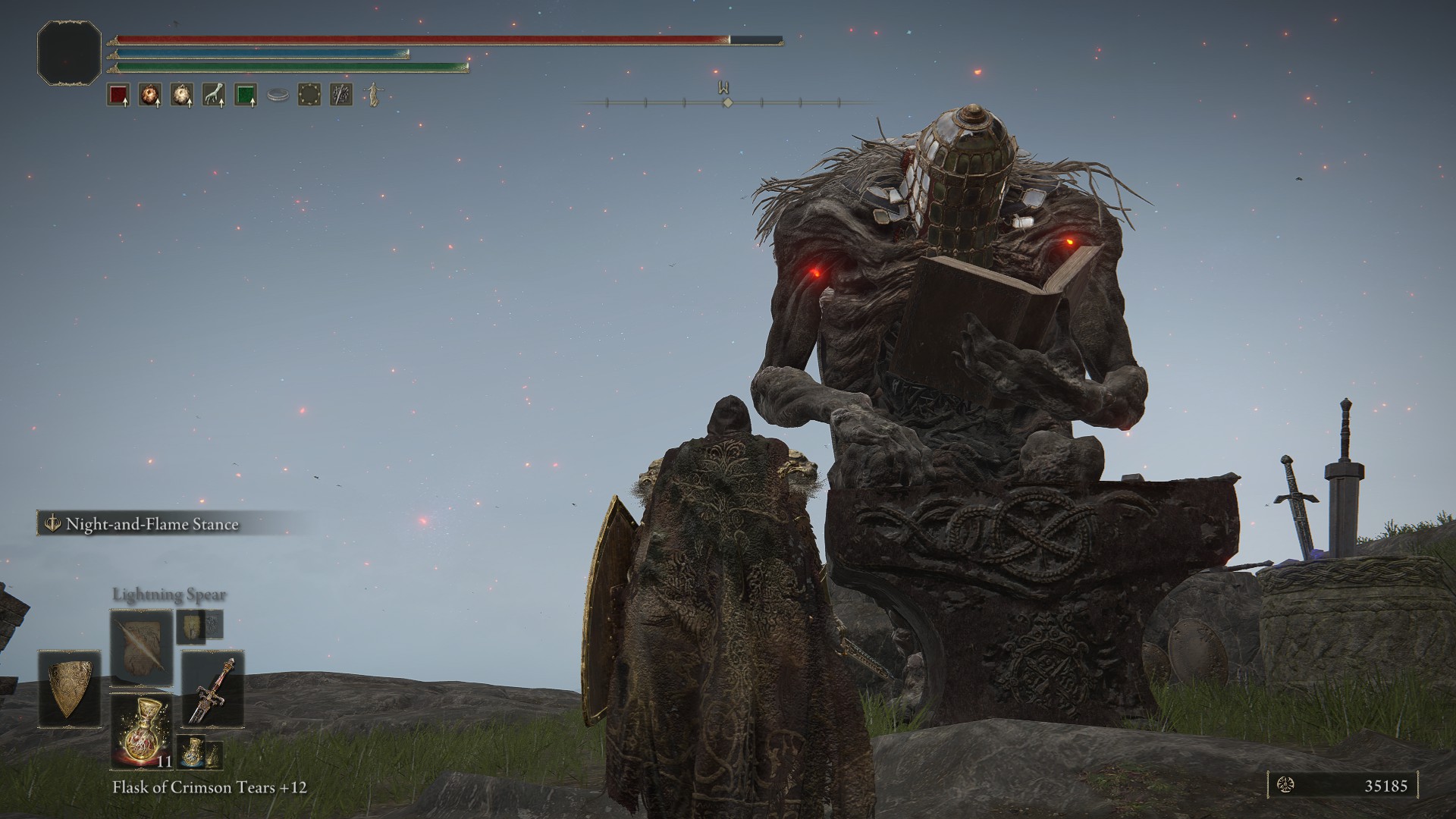 The sword has decent physical damage but the true damage comes from the weapon arts.

Both weapon arts are great. However, Comet Azure Sorcery seems to be the strongest of the two and should be your primary attack against most bosses. To maximize the damage of the beam you should look to invest heavily into the Intelligence stat as this scales the damage of this specific weapon art – Faith increases the damage of The burst of Flame.


You can use Comet Azure Sorcery by holding L2/LT + R1/RB.

The Burst of Flames can be used by holding L2/LT + R2/RT.

The Comet Azure Sorcery melts almost any boss in the game. However, there is a couple of bosses that are either very strong against magic damage or has quick movement and therefor are able to dodge the attack:

Otherwise, a summon is helpful in most boss fights besides maybe Malenia’s first phase. Any summon that are able to tank damage for you is extremely helpful as you will be able to get free hits with either weapon art when the focus of the boss are on your summons.

The weapon arts cost FP every time you use them. Keep that in mind when leveling – maybe carry a few more flasks of cerulean tears or consider pumping some stats into Mind for more FP.


Have fun destroying the rest of the game!

Hope you enjoy the Guide about ELDEN RING – How to get Sword of Night and Flame Tips, if you think we should add extra information or forget something, please let us know via comment below, and we will do our best to fix or update as soon as possible!