A mini-guide explaining how-to most efficiently grind the endgame for credits and achieve the Daddy Warbugs achievement. Without using the afk rubberband method. 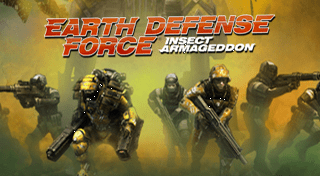 Welcome soldier, to my tenth guide here on Steam.

So you have played the game for around 150 hours. Got most of the achievements, nearing the final push for 100% completion. We’ll what do you want – applause? Take a rain-check on that. Getting those last few million credits is gonna hurt. Make no mistake. The final grind for $credits$ will be painful.

The final two achievements will be to complete 500 waves of survival and purchase every weapon for every suit (class). The only solution I’ve found on the internets is to glitch these. At least if you want to remain sane or aren’t patient enough to play through hundreds of games.

This short guide is designed to give a viable alternative for anyone who wants to actually play the game. Rather than rubber band a controller and go afk.

If you’re interested in this solution please read on.

B. The Basics of Grinding

It is worth stating that the configuration below is the one I chose because it suited my preferred style of play. It is both a fast mover and powerful damage dealer. Nimble enough to get out of danger fast.

I prefer the Jet with a big weapon to take out the Hectors and Cruisers and an area effect weapon for everything else. It however does not have any anti-wasp or fighter capabilities so I tended to play maps without many of those, kill them before they spawn or rely on allies to help me out, when a few do appear – to grind the final achievements. 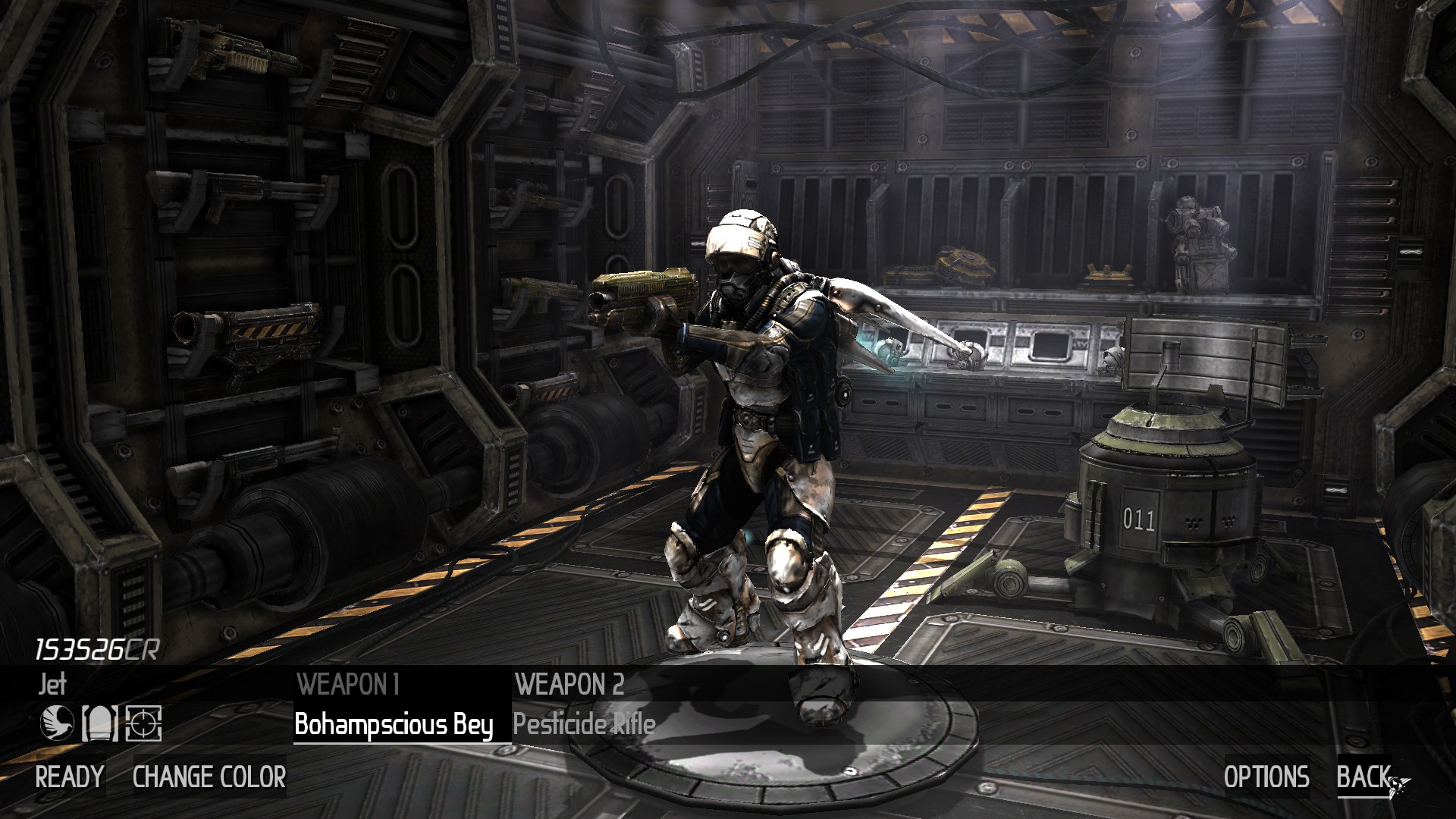 The GL has a good impact area and the most damage of its type. The slow reload rate and pitifully small ammo capacity wont be a problem. No guesses what the Pesticide Rifle is for.

When grinding survival waves or $$$ it is worth noting several key issues with this game.

1. Not worth cooping unless happy to share the time spent playing.
2. The game has some terribly slow spawning rates. Even with ant-hills or cruisers.
3. There are not enough infinite spawning sources in one place to keep up a fast place. Except on a few missions.
4. Gaining $$$ through kill points is not shared amongst allies, human or A.I. SMDH!
5. To achieve higher scores requires quantity over quality. So getting easy kills is better than big ones. Even with the pesticide weapons. One kill is one kill. See 6.
6. Large enemies not worth proportionally what they should be.
7. Unless you beat the level, you receive zero, yes zero credits. So do not die and whatever you do, do not risk using the pesticide weapons and suffer suicide. Likely your AI allies will go down with your character too.
8. Watch how many times you ctrl-tab out. I’ve found that doing so alot increases the chances of a CTD. Furthermore, pressing Esc in certain areas of the map, (namely a certain tunnel on mission 1-4, can cause the GUI to disappear and controls to lock up. Forcing a restart. If I’d known about these earlier, I would have completed the final achievement about 10 hours earlier. ^^

While playing survival can be fun for the first dozen games, due to its restrictive design it can be very slow to complete waves, the further progress is made. Whats worse is that suit selection is limited to a very basic trooper model with basic weapons. Therefore its easy to stop playing this mode because of boredom.

However this mode is made for coop play and is far more enjoyable with more players. The only consideration to be given on playing this mode, is the amount of credits that can be earned from kills. More players equals less eventual spoils.

The following method seemed to be the quickest and most efficient, in order to complete the 500 wave achievement. Bear in mind that this method gives 2000$ every time it is played, so over 500 waves that’s $1,000,000 credits towards purchasing weapons.

MISSION SELECT: 4
DIFFICULTY: n/a
DURATION: around 5mins
CLASS: n/a
WEAPON 1: n/a (It doesnt matter, as you will be using the mech for kills)
WEAPON 2: n/a 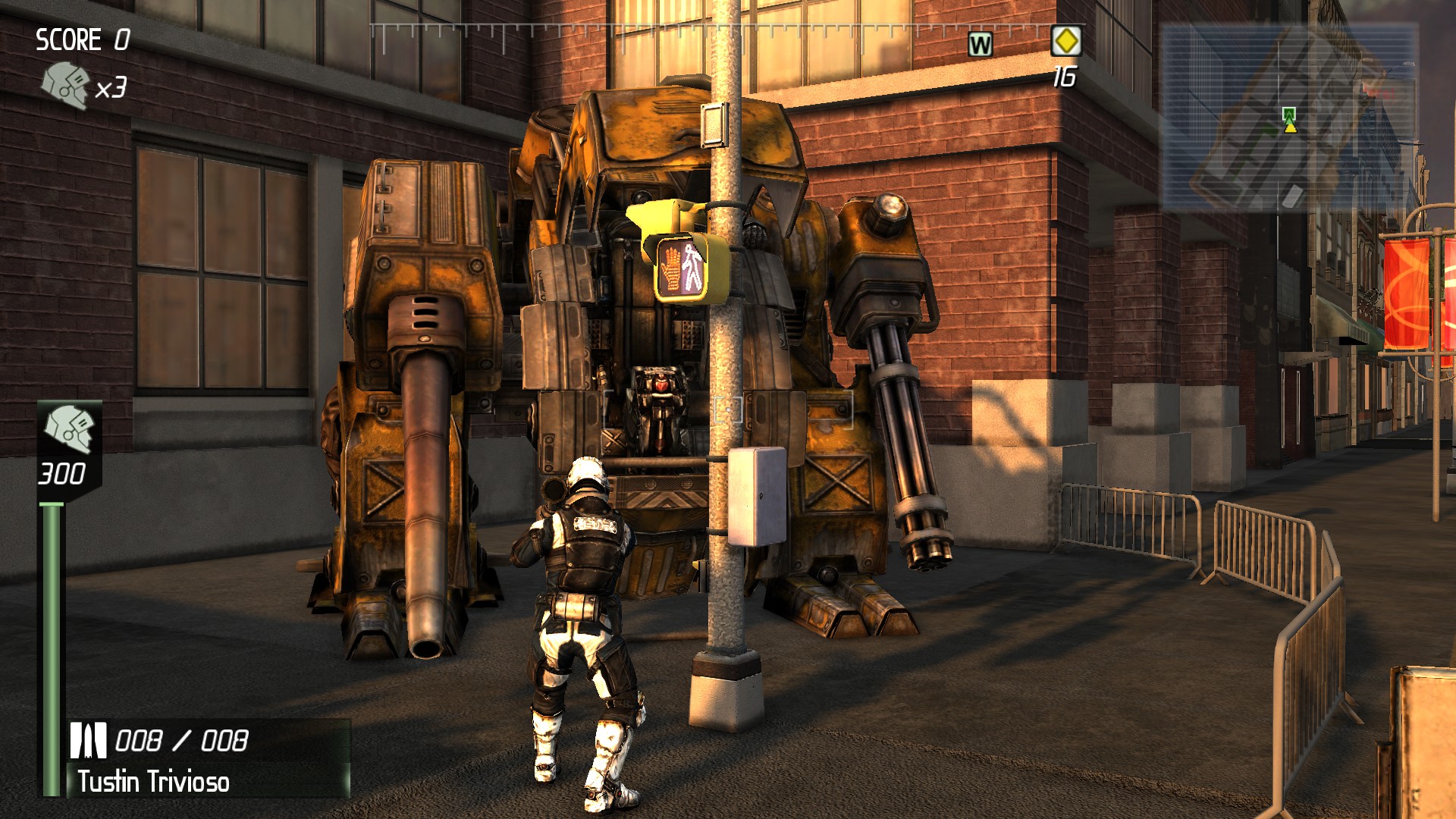 STEP 1: Start mission. Turn around and get into the mech. The mech will protect you for the duration of play. 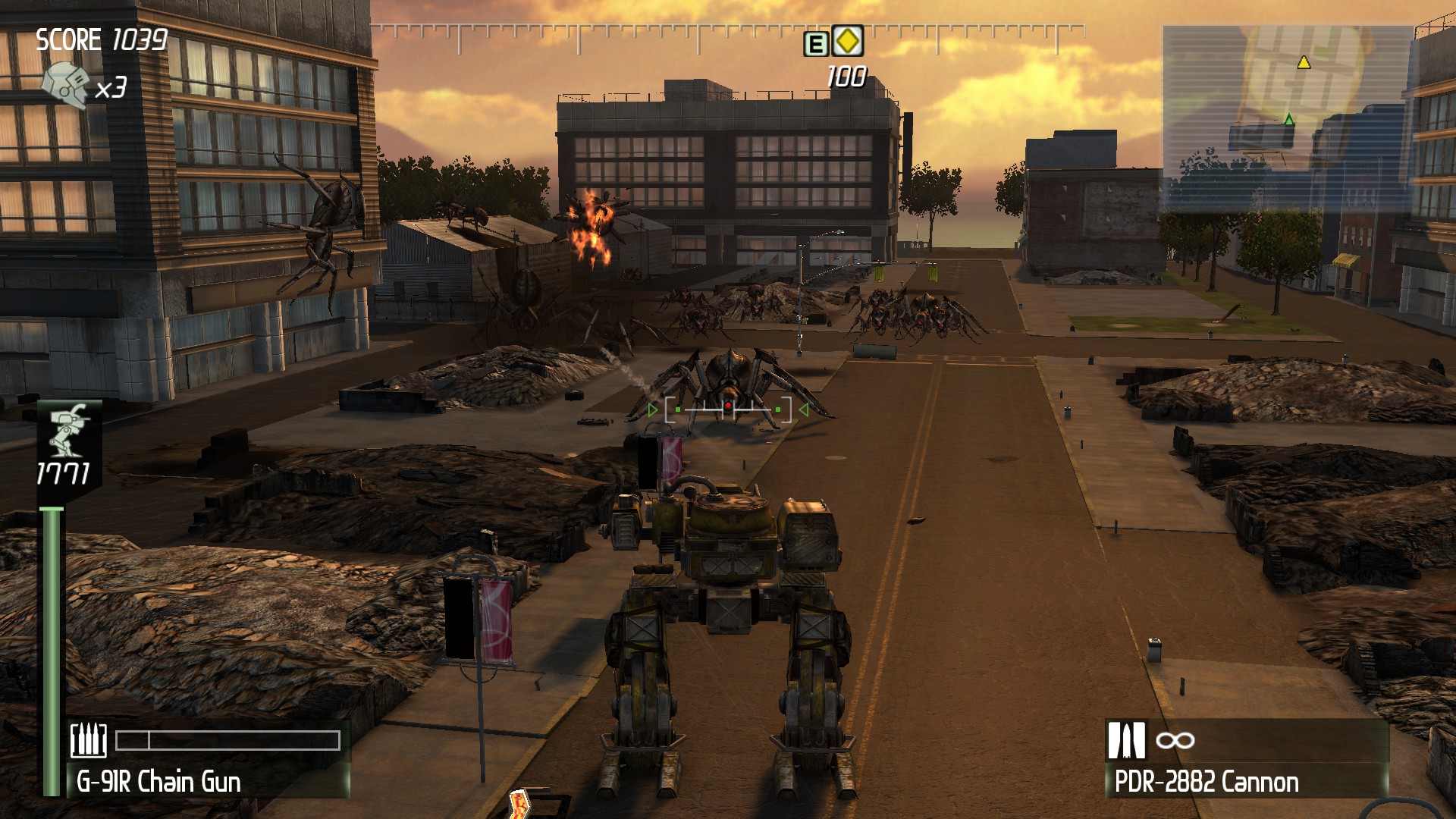 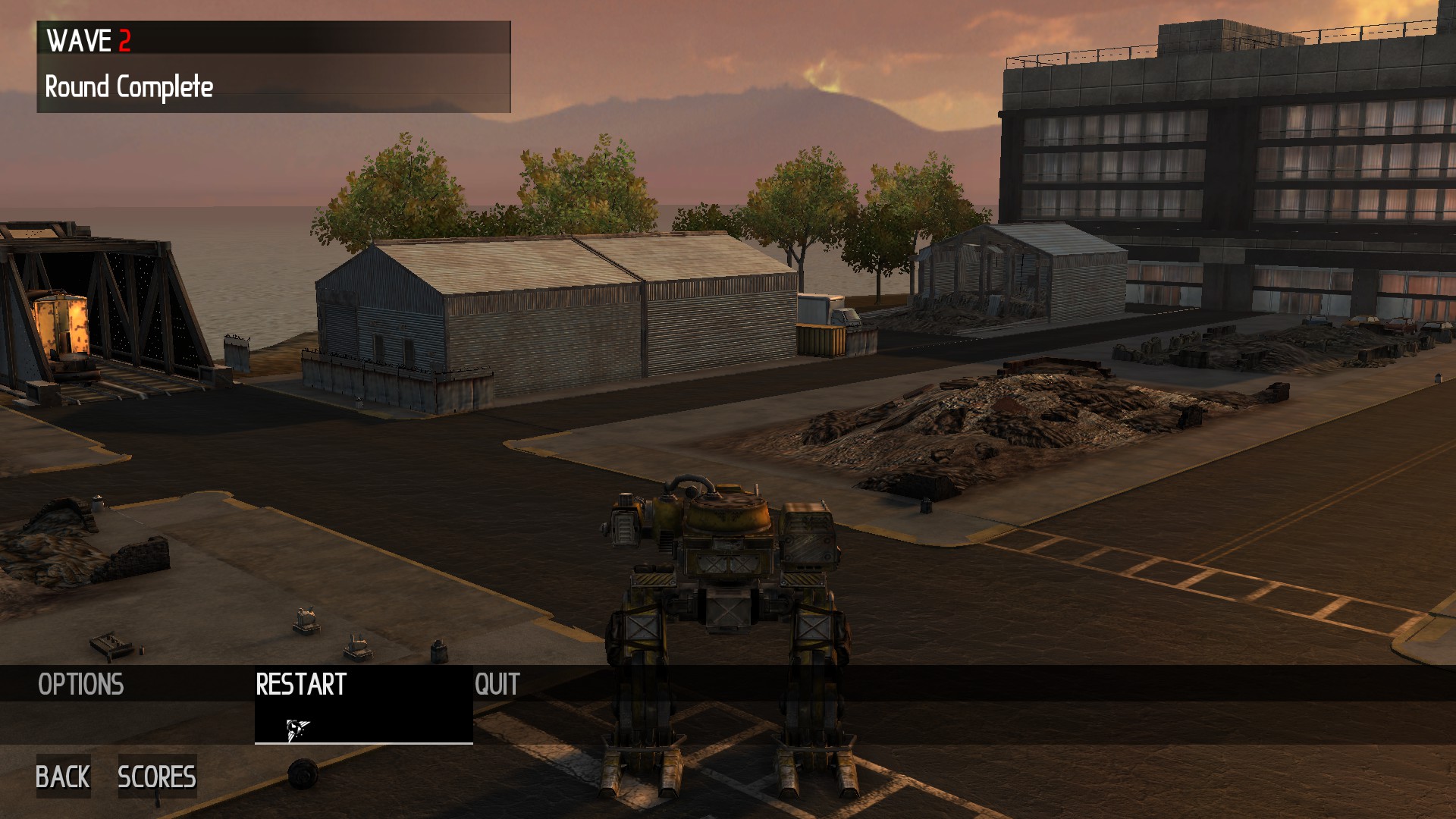 STEP 3: At the end of wave 2, press esc and then restart button. Rinse and repeat. In total this should take around 42 hours to complete. If you limit play to 5x 2 waves and play that that 5 times a day, the effort involved will barely be noticeable.

After a few hundred hours I settled on this tried and trusted method of grinding for $$$. If you find a faster or better way, without the use of a rubber band, please share it in the comments below. 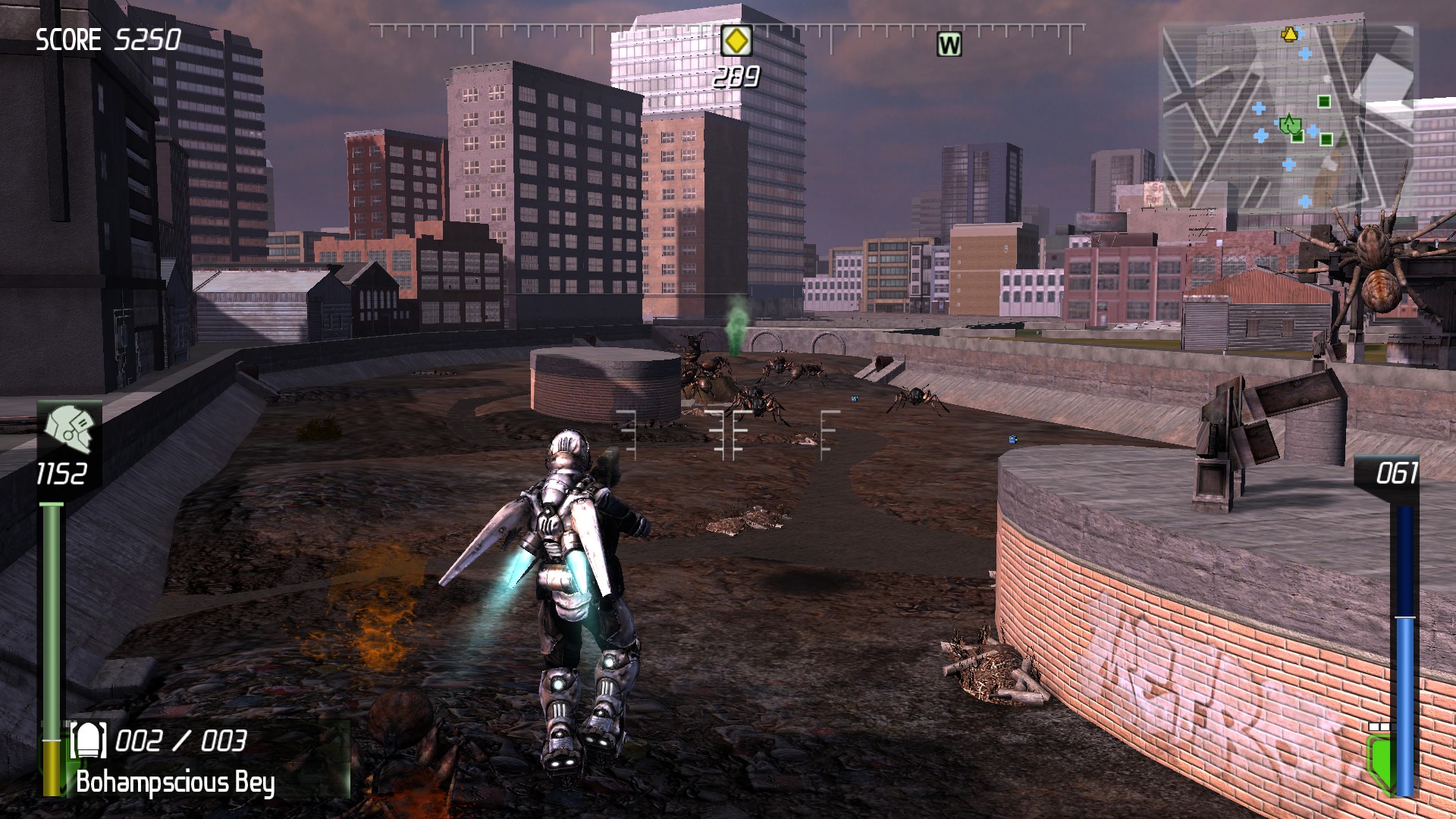 STEP 1: Fight the first area from around here. A little further back. Use the GL to take out the trash and the Pesticide Rifle to deal with the four hectors that appear. 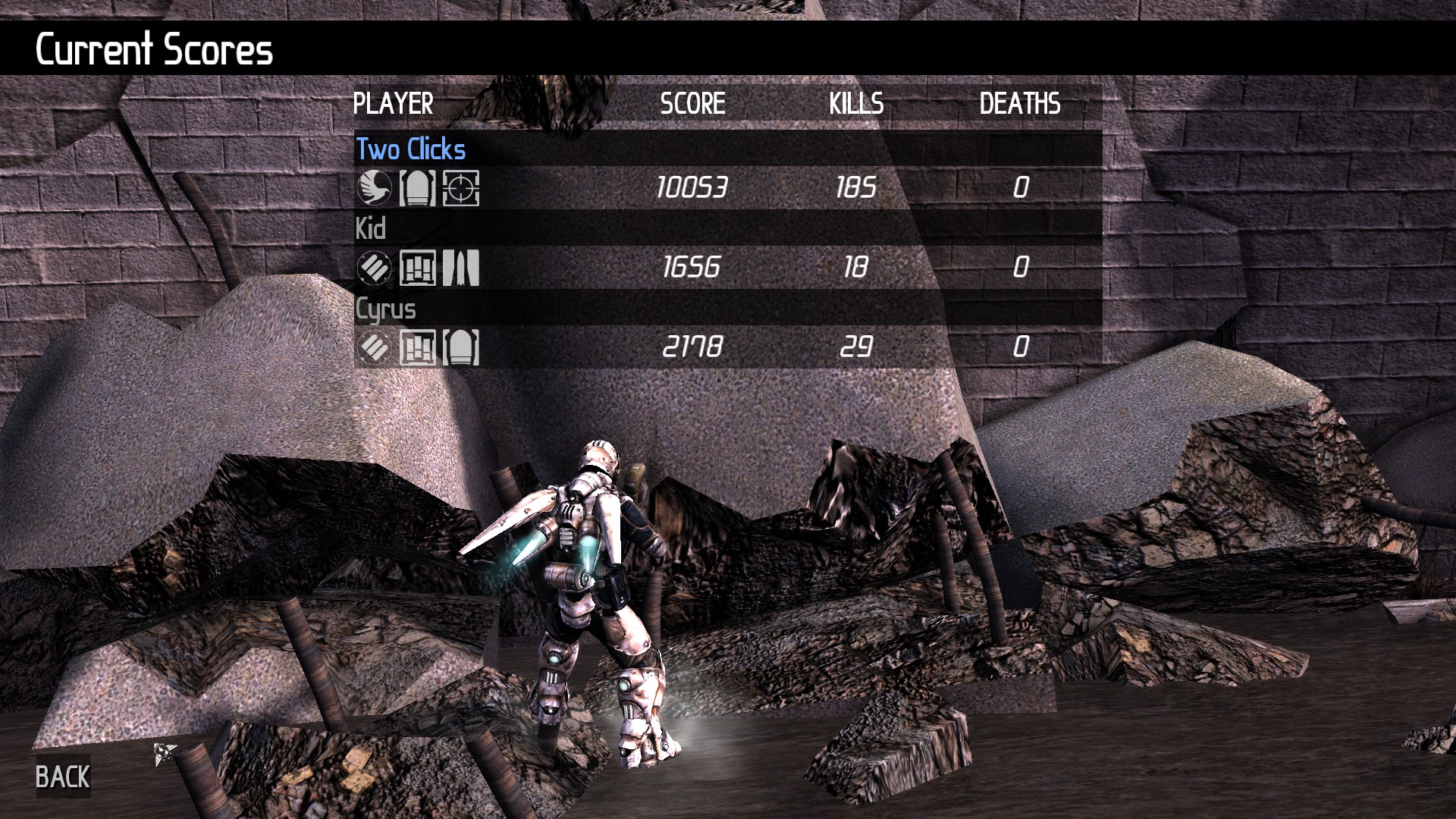 STEP 2: By the time you complete this first area you will have about 10k credits. 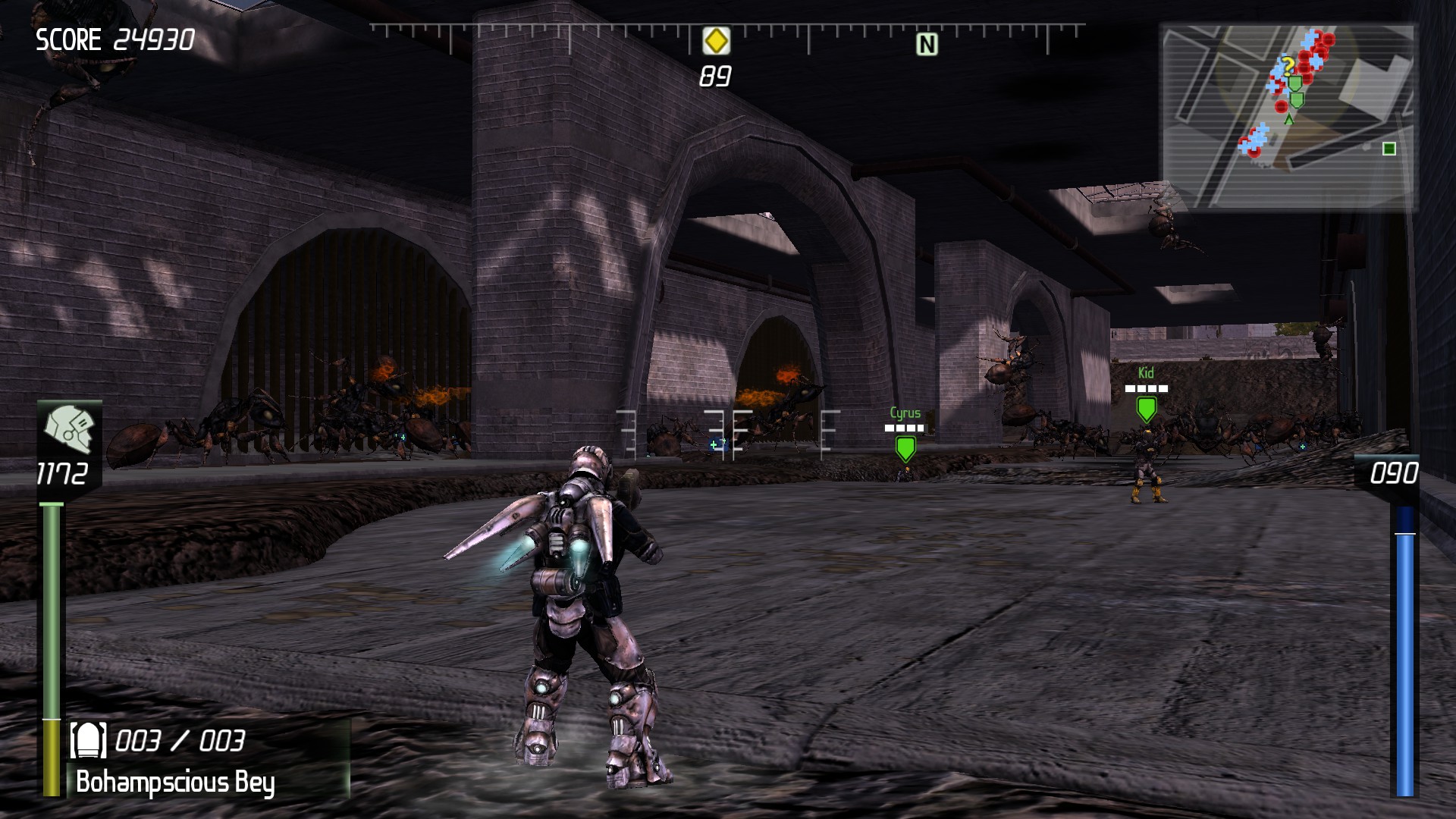 STEP 3: The second area is the key to getting max. credits. Once inside the tunnel, fight from around this area. Firstly because you can fire your grenade launcher and reach all three ant hills. Secondly, in case of a problem you can retreat to where you entered and restrict line-of-sight from the flank/rear and regroup.

DO NOT USE Pesticide Rifle in this area, or you risk destroying some of the ant hills. 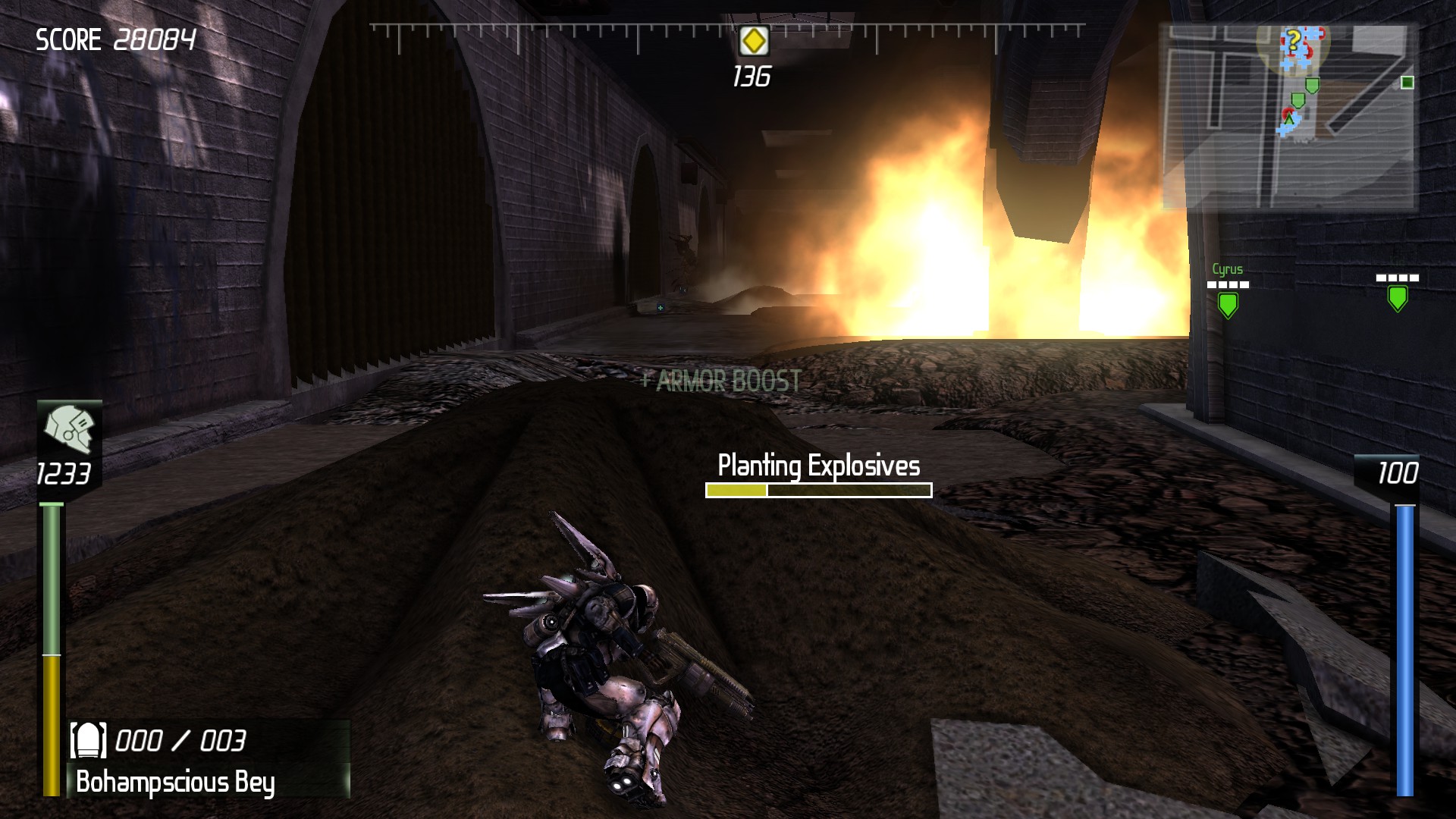 STEP 4: At around the halfway point of the mission, the score in the top right of the screen should reach around 28k. At this stage you should begin to set explosives on the ant hills and destroy them one-by-one, in quick order.

It is important not to destroy any anthills before 28k is showing onscreen or the score wont be maxed, unless you grind more kills than you have to outside.

Note: the score may show as 28k but in reality it will be closer to 40k. It just wont be shown as the counter needs to catch up. 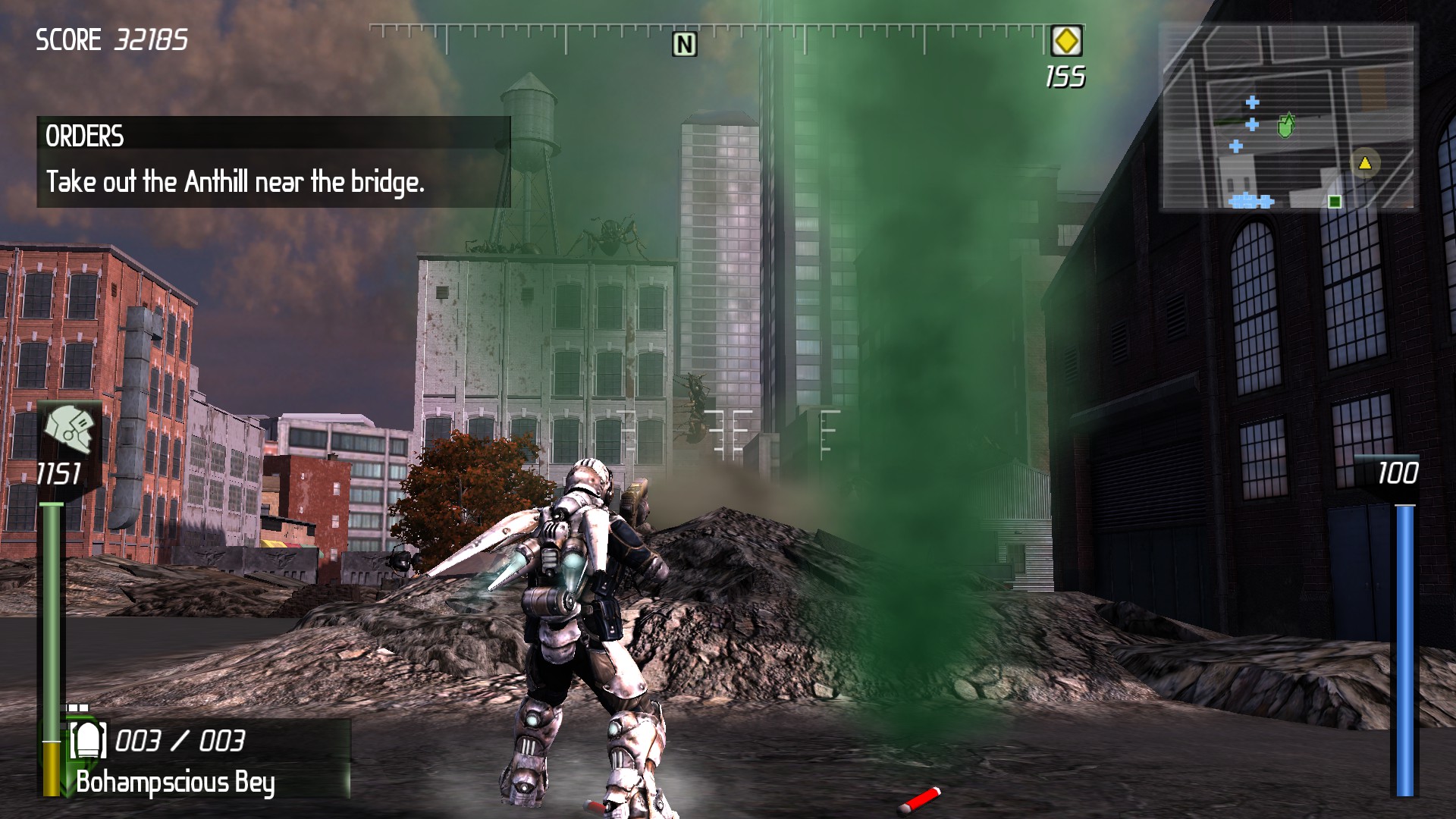 STEP 5: Once every one of the anthills is destroyed, go outside and clear up the spawning ants until you get to the checkpoint shown in the screenshot.

Make sure you clear out the ants that appear behind the house, in this location as you will need to go there to down the incoming cruiser. Top right the score should be around 33k. 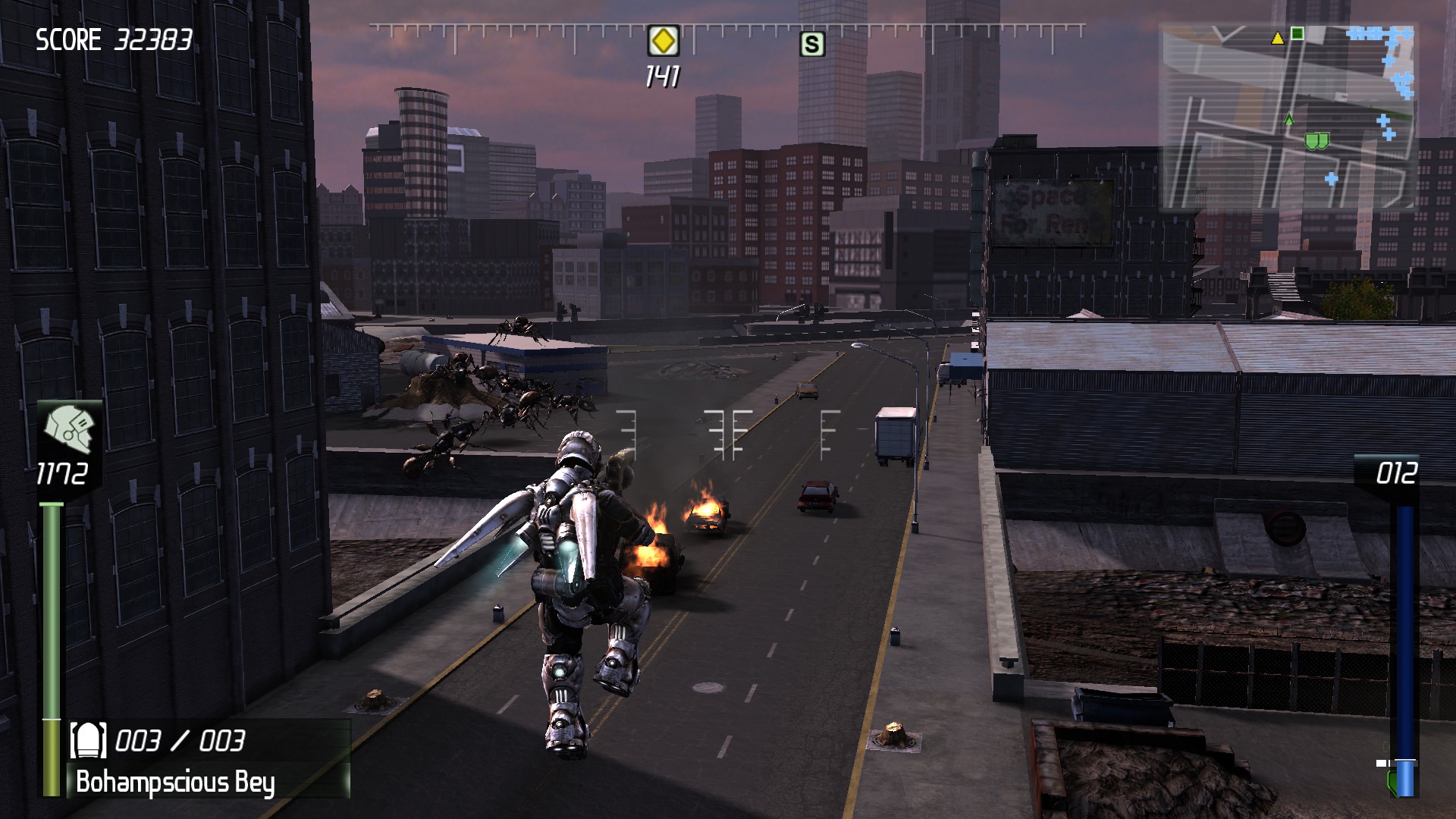 STEP 6: Once complete go to the final anthill near the bridge. Take this down as soon as possible, giving yourself an extra wave or two of kills if you want. It should not make a difference.

This will be the last continuous spawn point in the mission. Your score should be around 34k to max out at the end. 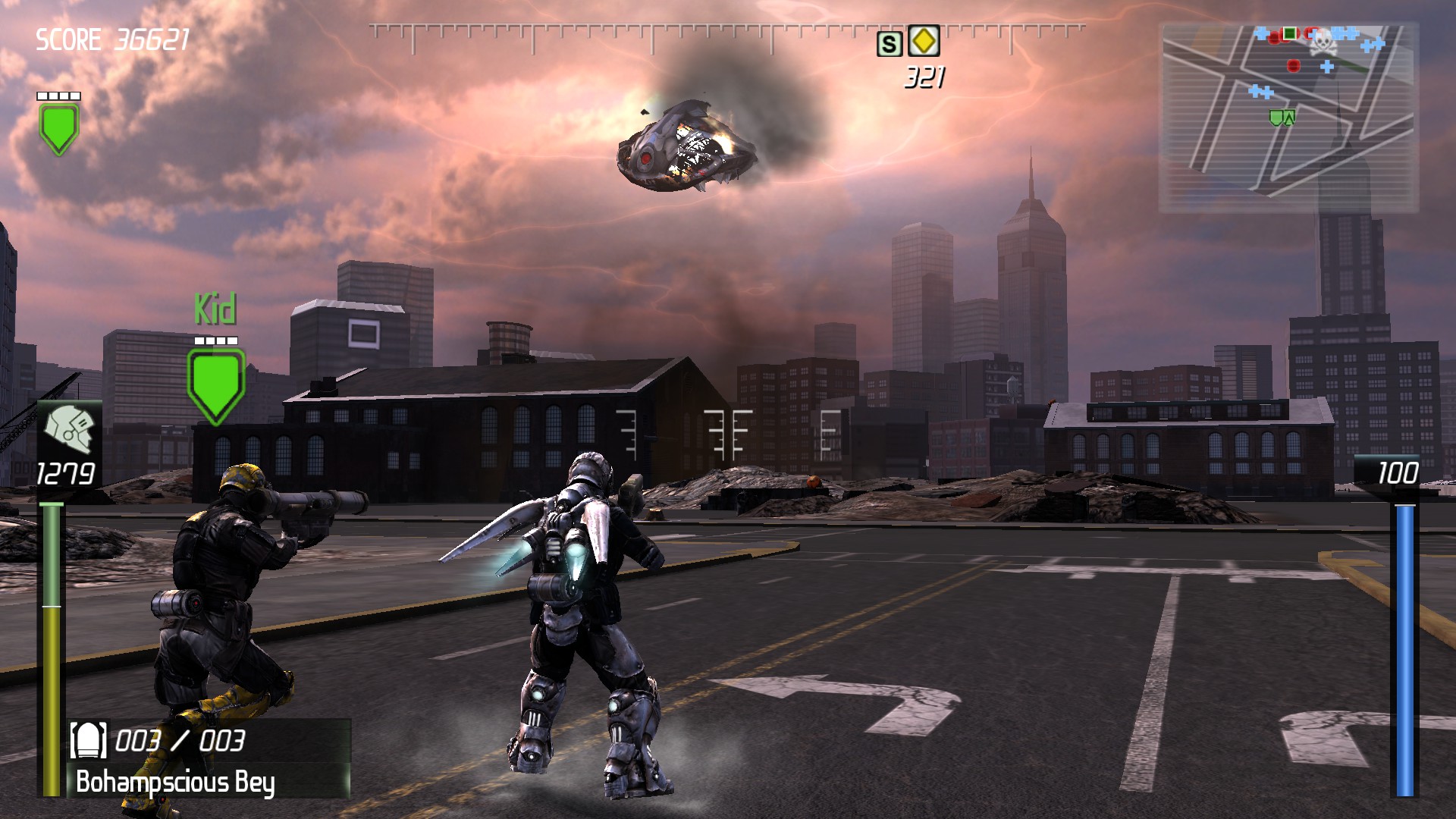 STEP 7: Once the anthill is taken care of, a few waves of insect mites can be dealt with at this position. The one that was cleared earlier. Take down the cruiser with the pesticide rifle before any fighters or wasps can spawn. The score should now be around 36-37k. 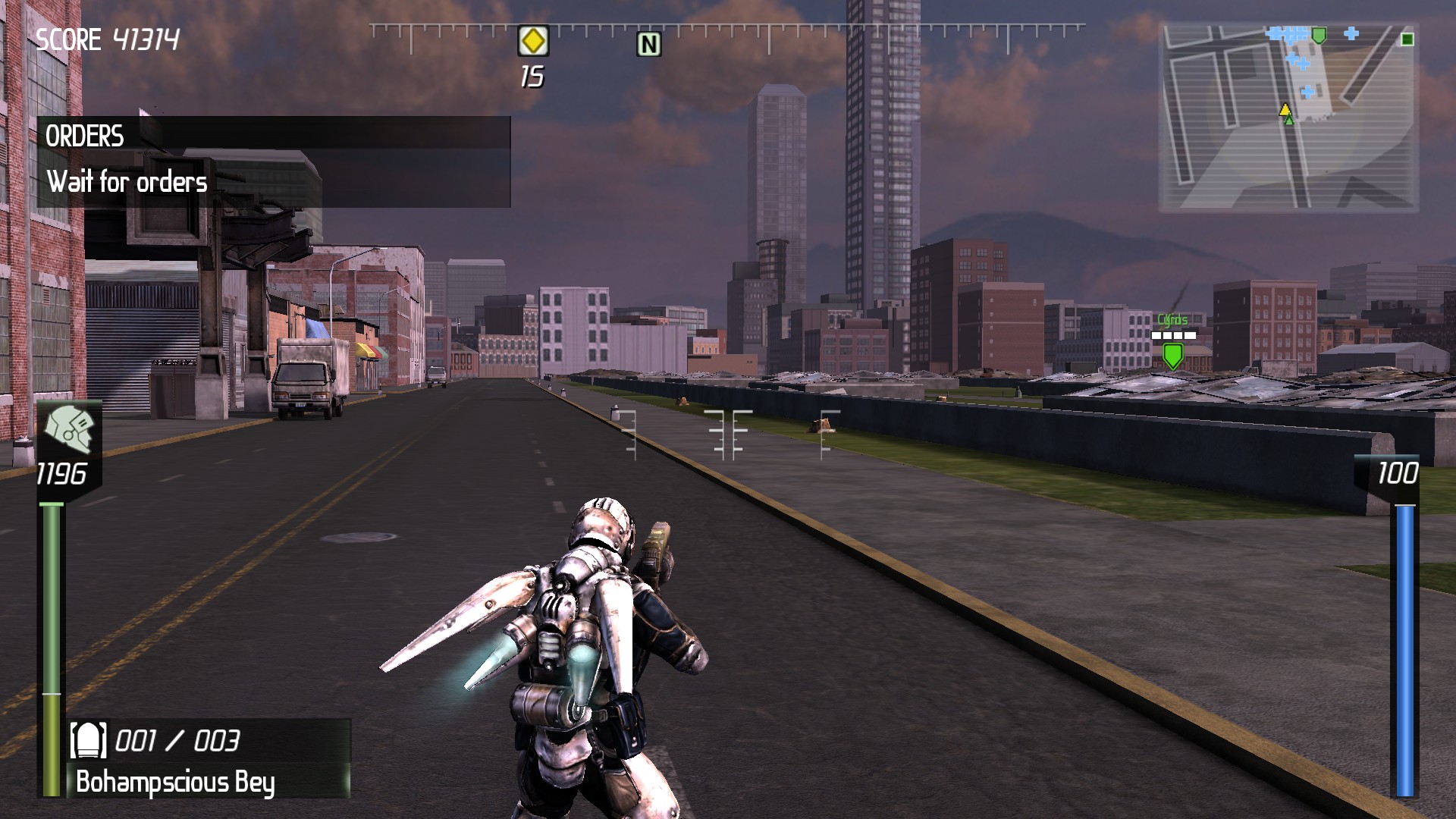 STEP 8: Clear up the remaining mites, spiders and ants that spawn. If you have done everything efficiently, then you should reach the end point with around 38k showing on the score counter, top left. In actuality your score should have maxed out at 65.5k. Hopefully, not short nor having overscored by too many.

Here we are, at the end. Thanks for reading. Hope it was of some help. 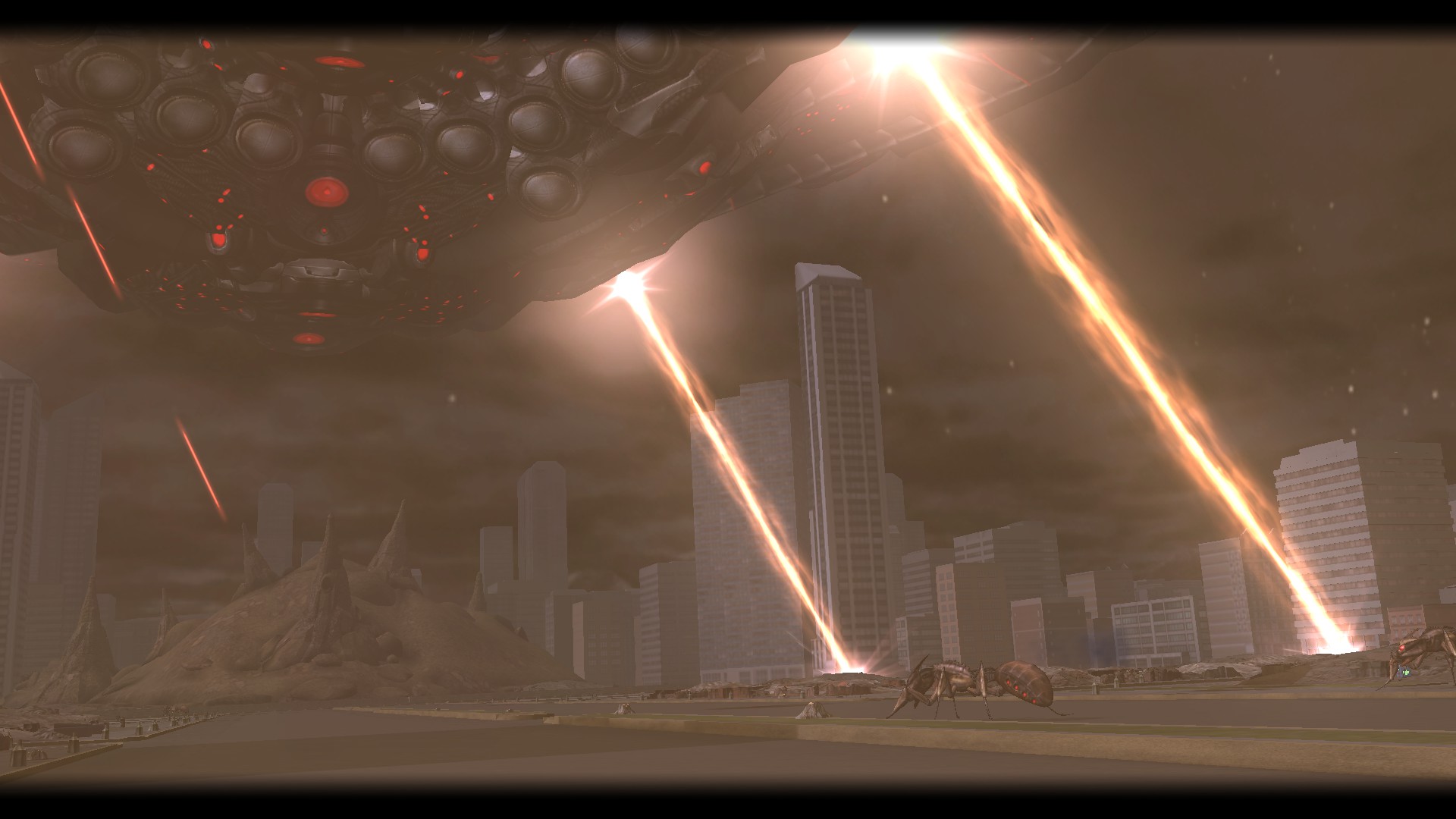 This is all about Earth Defense Force: Insect Armageddon – Ending: The Endgame; I hope you enjoy reading the Guide! If you feel like we should add more information or we forget/mistake, please let us know via commenting below, and thanks! See you soon!