Everything you do up to information science doesn’t matter too much and differs wildly from person to person. What I want to talk about is how to progress after. I only have about ~40 hours so far so take my words with a grain of salt.

I am conflicted about solar sails, It’s some nice power but there are two things, they don’t last forever, and don’t produce a lot of power. In my opinion, only use solar sails to power planets without wind power, because wind turbines are broken. A single wind turbine produces 300KW, which from my experience, with base production, is equivalent to 3 structure points, or plenty of solar sails, correct me if i’m wrong. Wind turbines are also easy to produce, just iron and copper, for solar sails you need oil, and for structure points you need a ton of stuff. Just use wind turbines. Don’t deconstruct your solar sail production because you will need it for your dyson sphere. 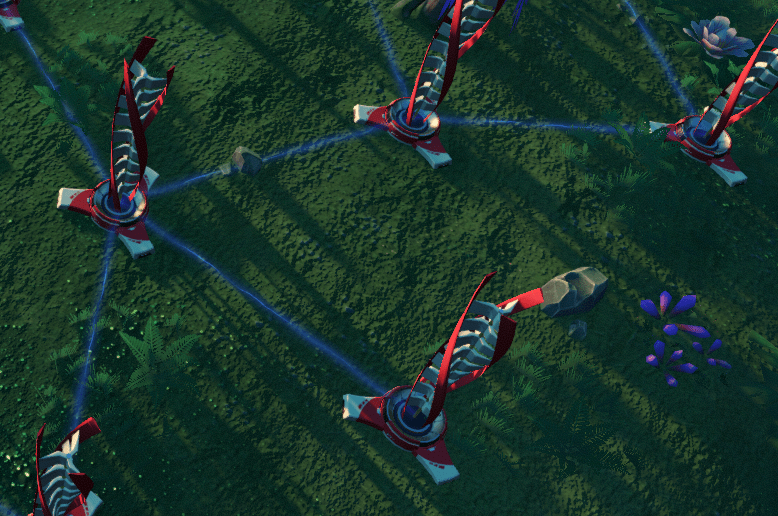 The gravity matrices aren’t too important at this stage in the game, and in my opinion, don’t waste your time building a massive factory just for green science. I’d say get enough for a single level of dyson sphere stress system, maybe more if you want some other techs. Later on there will be rare resources that make this much easier.

I know this game is called Dyson Sphere Program but unless you are a god at building production lines, do not go overboard with your first dyson sphere. Make it a ring, or if you have to, add some shell to it (You can do this by creating a shape and then filling it with cells). A single ring worked out fine for me and was plenty of power. 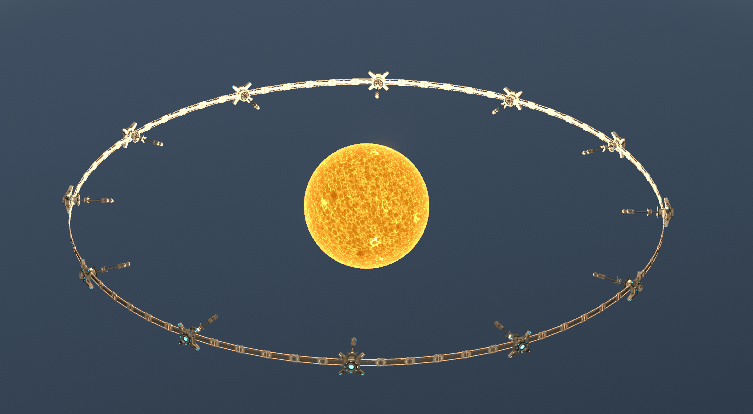 Get rare resources, the advanced recipes make your life so much easier. Four main ones I would say to get would be, optical grating crystals, fire ice, spiniform stalagmite formations, and organic crystals. All four of these skip over big oil production lines. Organic crystals is the least important because it is only good for structure science if you have optical grating crystals, unless there is another use for organic crystals I forgot about. Kimberlite and fractal silicon don’t seem too useful right now so don’t bother. I could see using kimberlite if you were low on coal or oil.

I’m not to this stage yet but with rare resources, just go all out on this one. I myself will create a massive dyson sphere in my second system because of those rare resources.

Here is the start of my second dyson sphere, I chose hexagonal because of math and because I wanted to. 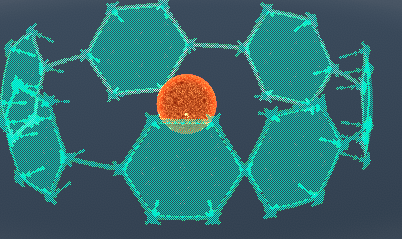 If I am playing this game completely wrong, please tell me, and then I could also fix this guide too. I wouldn’t want to tell people how to play the game wrong. I made this guide because there were no others out there for where I was in the game.

Hope you enjoy the Guide about Dyson Sphere Program – Basic Guide After Information Science, if you think we should add extra information or forget something, please let us know via comment below, and we will do our best to fix or update as soon as possible!