How to pacify both Anna and Molly, what is required, how long does it take, plus some tips.

So after a couple of runs on both maps while playing in nightmare mode I started noticing some patterns and I’m here now to share them with the community.

Both Anna and Molly while playing in Nightmare mode can start a hunt (they’re probably just hungry, I mean, look at how skinny they look, lol.) after triggering the start event but before killing either goats or rats. It is rare, I’ve only had this happen to me like three times but you should still be prepared and have a plan if this happens. What I would advise is moving as fast as you can gathering all the materials you deem necessary. Like bringing the hay at the front of the house in the farmhouse 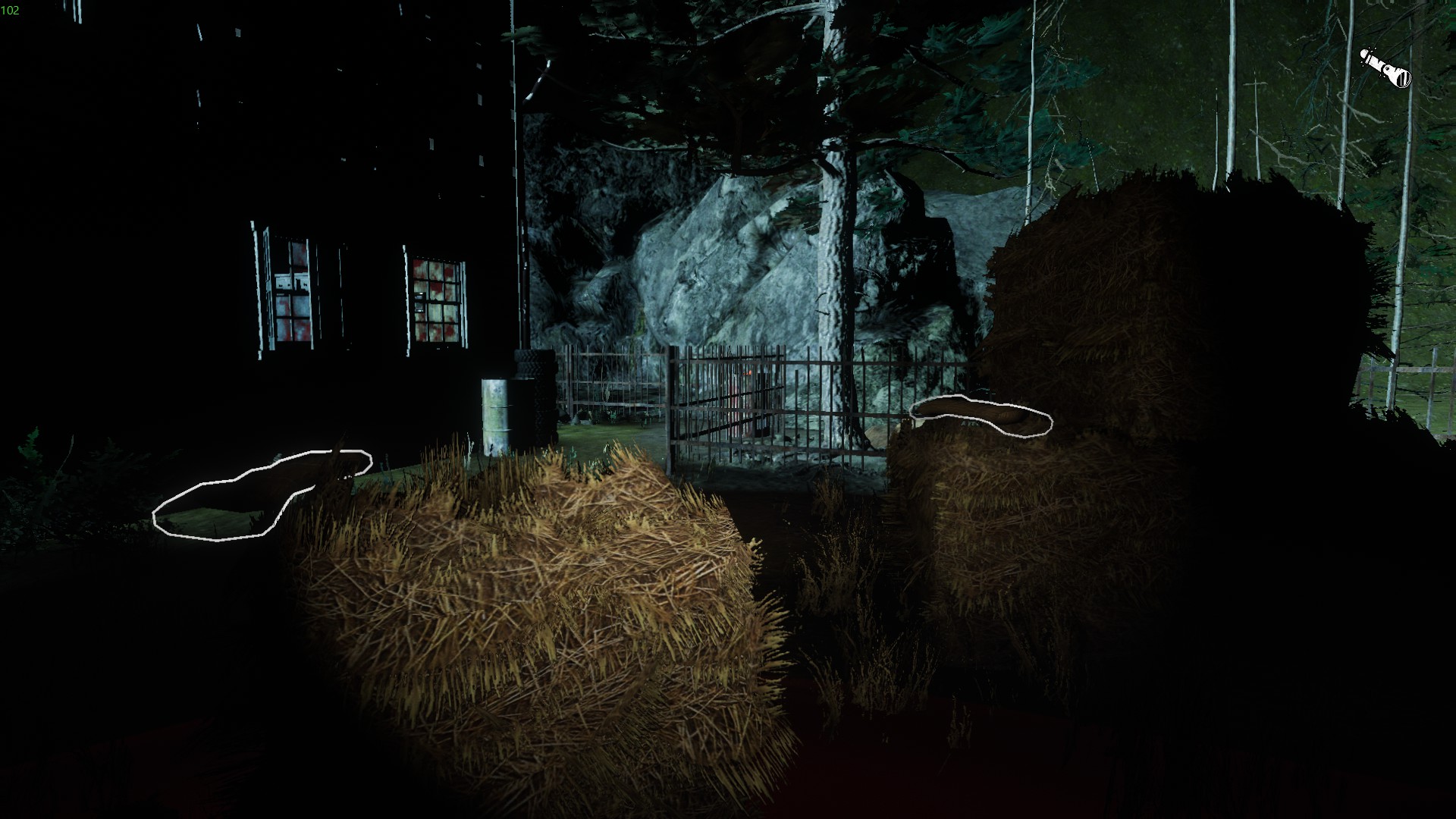 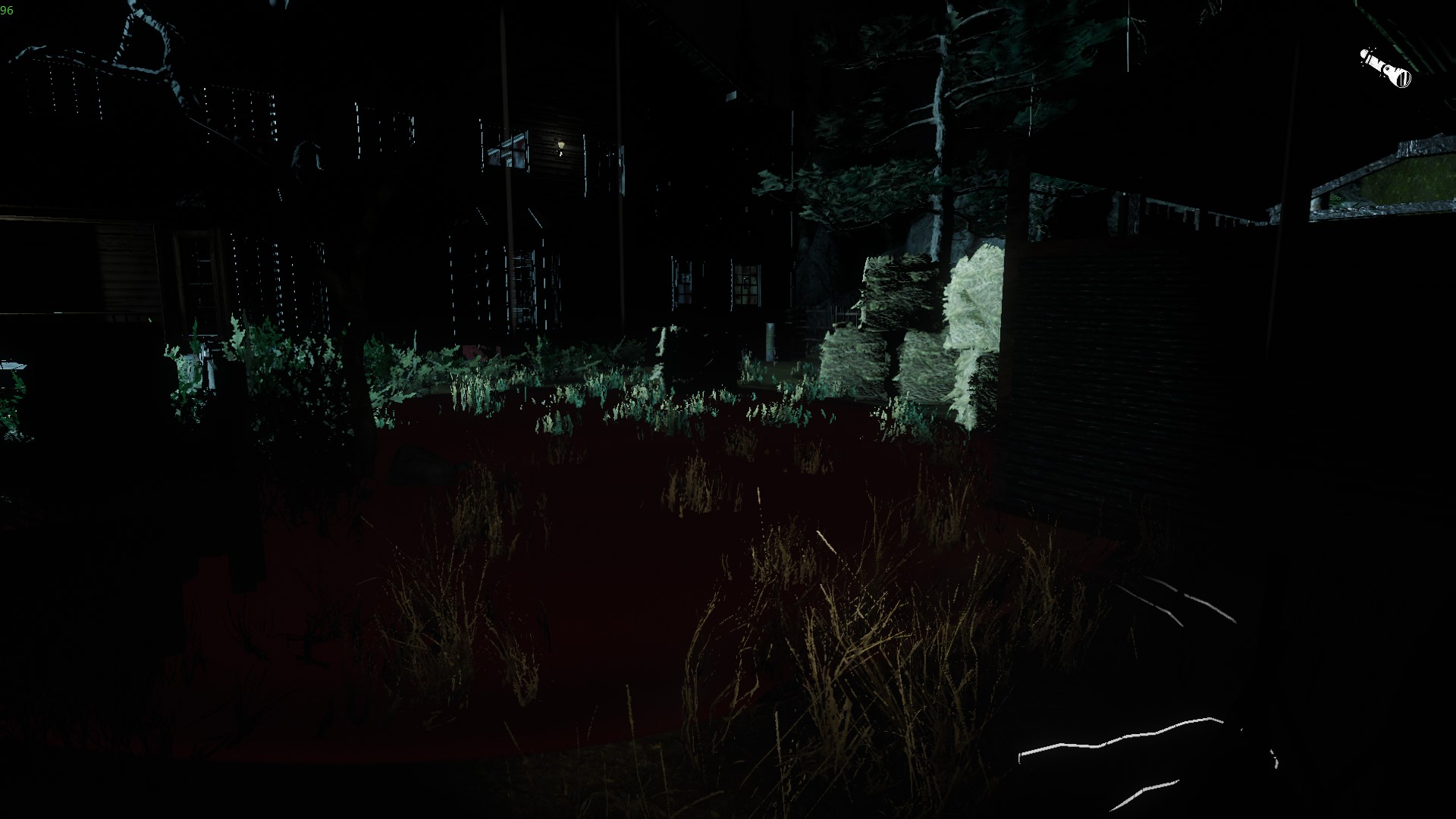 to someplace near the ritual altar at the back, if you are playing as a team of 4 just grab the first 4 hays stacks you can find as soon as you jump the fence and go running to the back to leave them there. The key element to this game is being as quick and as eficient as posible without delays. Have a plan in mind and execute it, this makes the game feel a lot easier even as a solo player.

-Altar can stay lit forever (even in the rain)

-Lit the altar at the start and collect 5 more gas cans, this means you can “prepare” 6 levels of the ritual before even encountering Anna (start event) 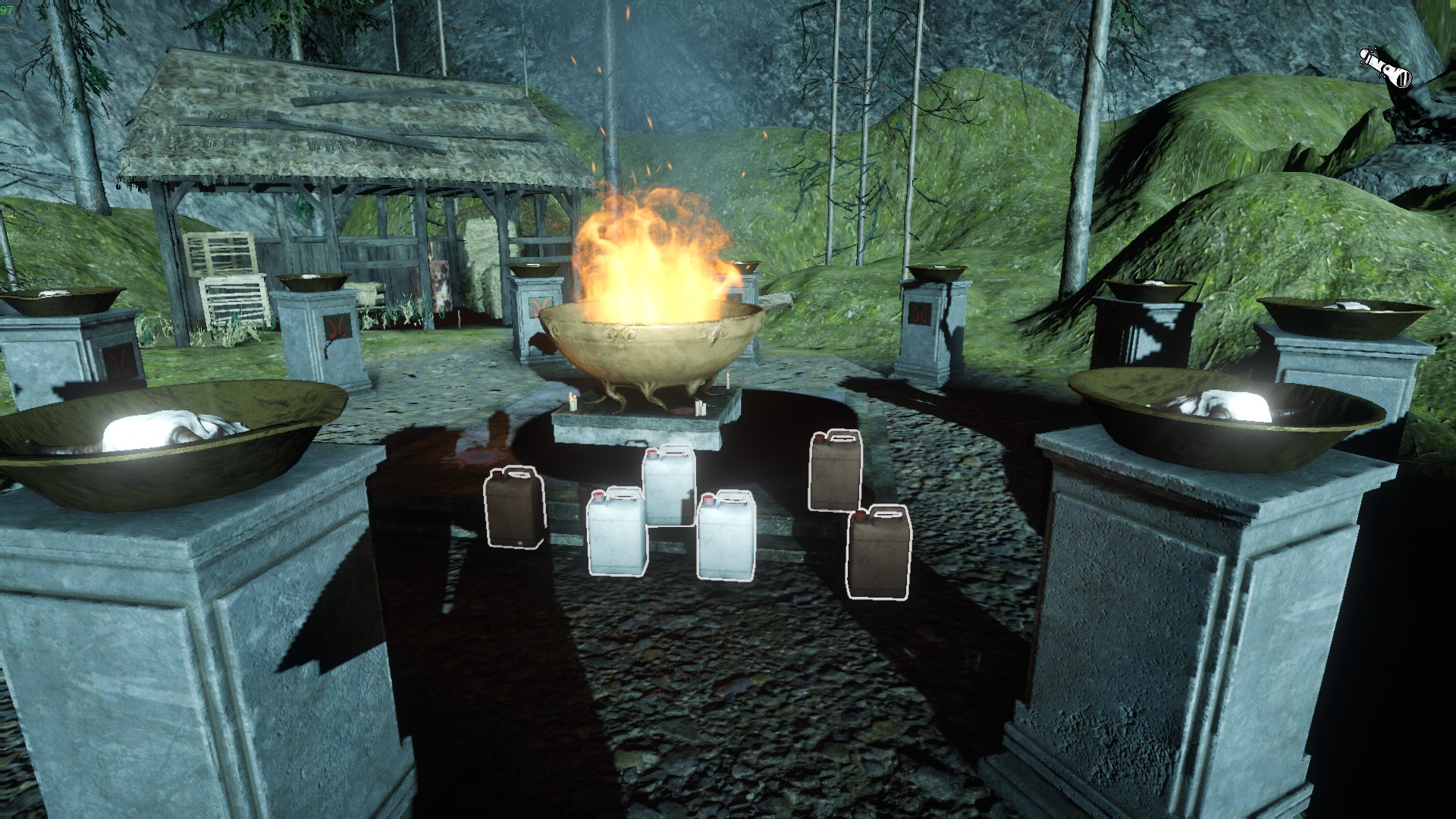 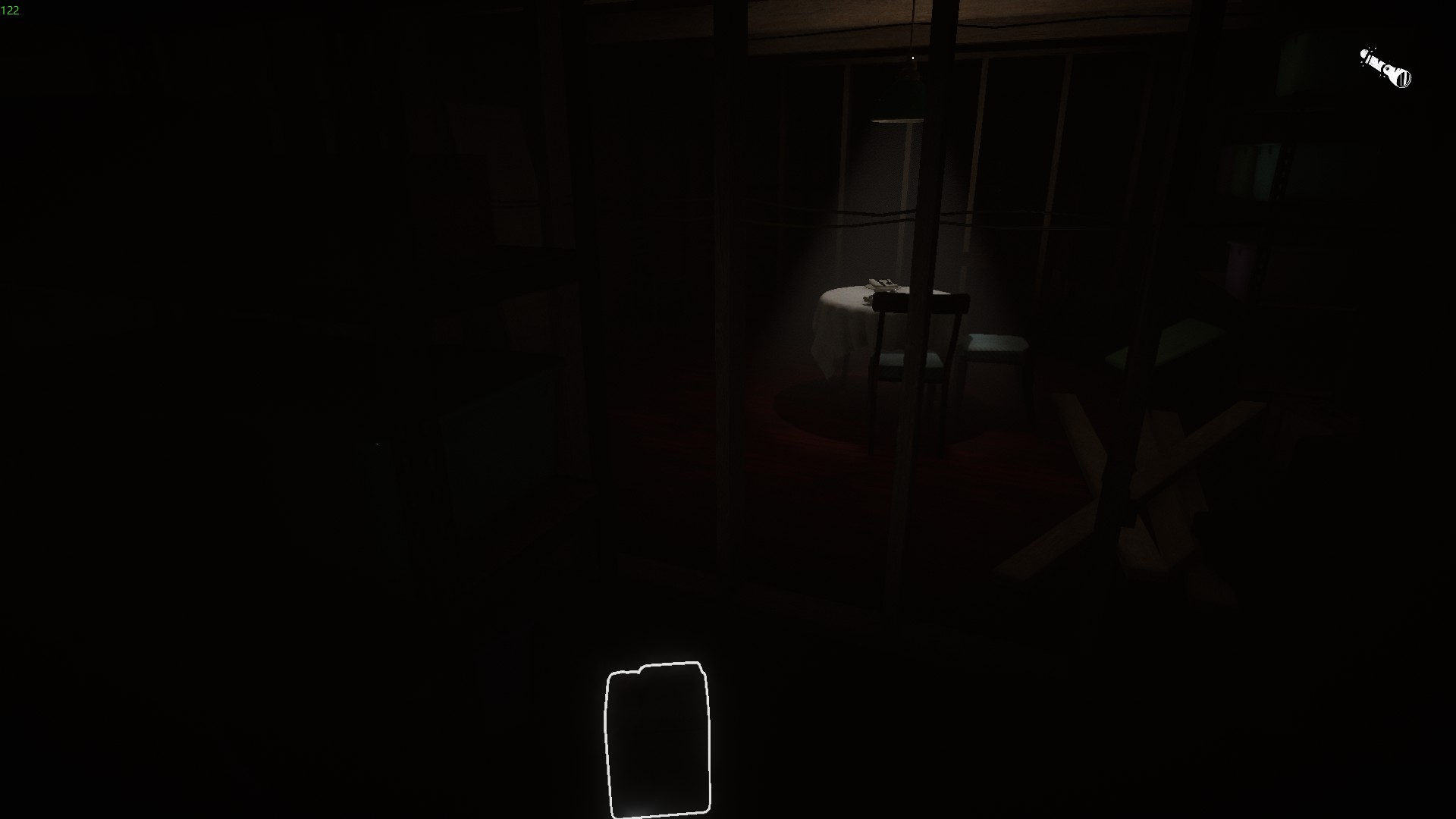 (this one in the pool table area or near is always there.

And the random one behind the stairs 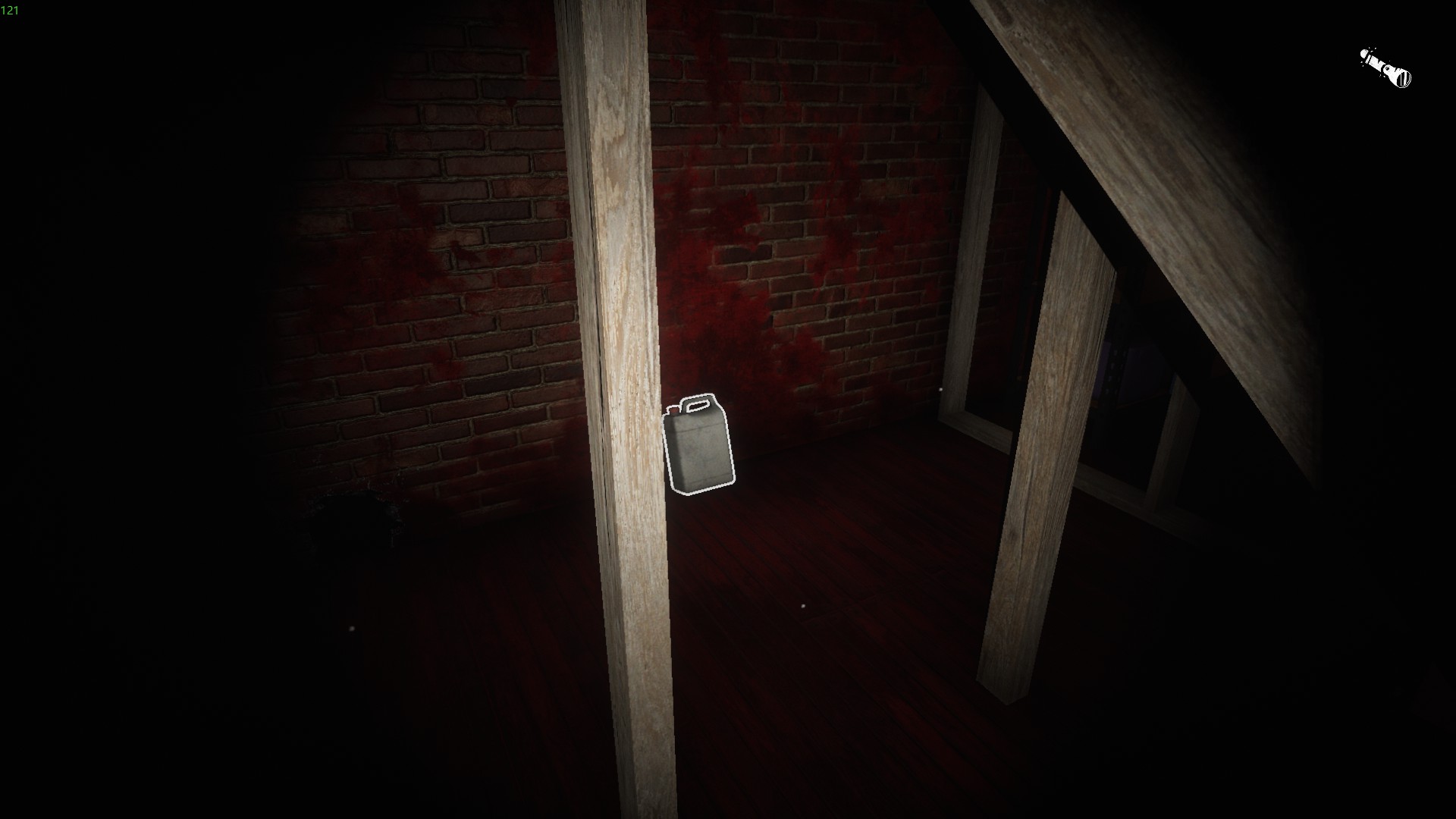 and 1 more by the Anna trigger(hallway) 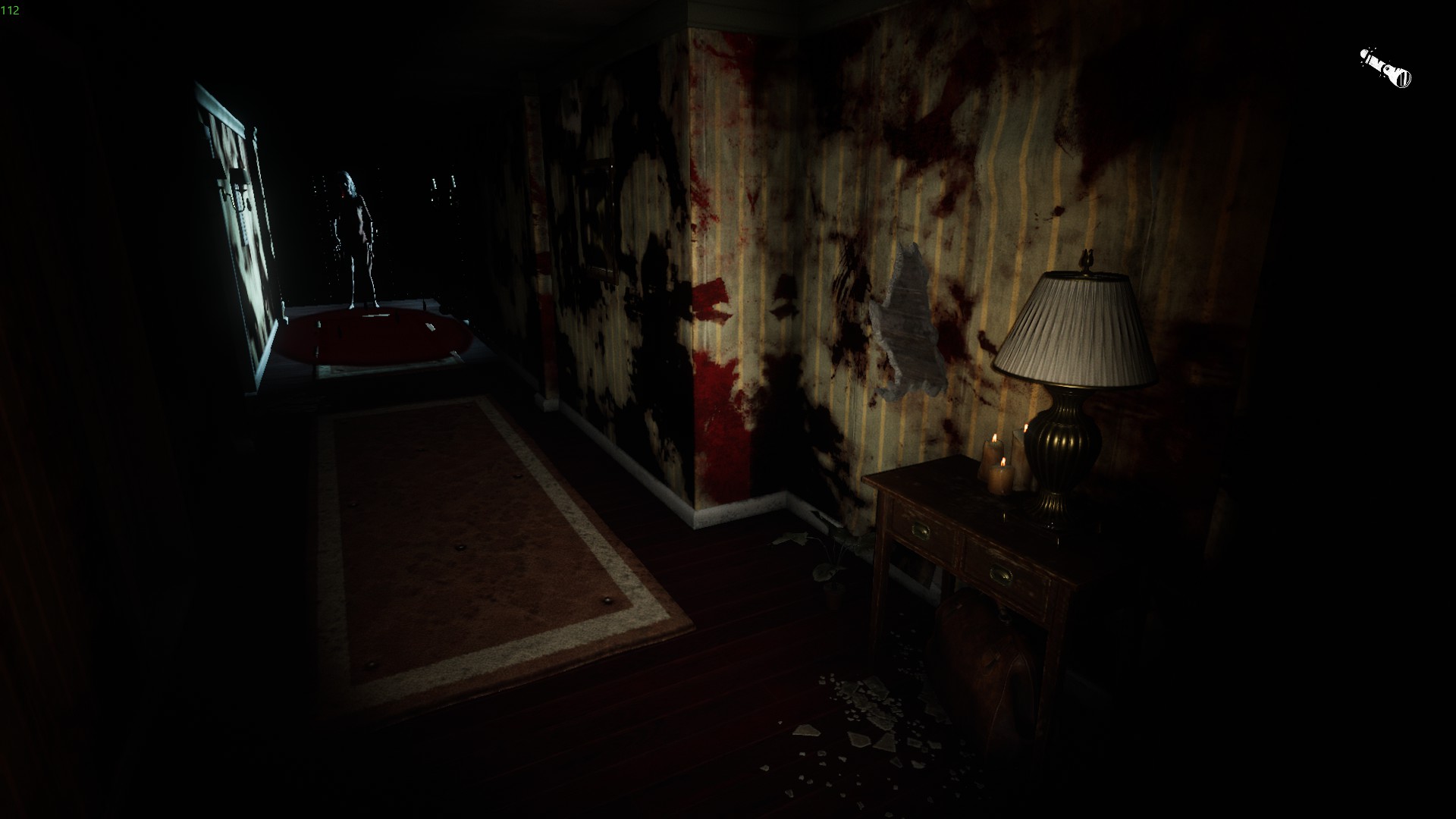 Here is where the gas can would be. 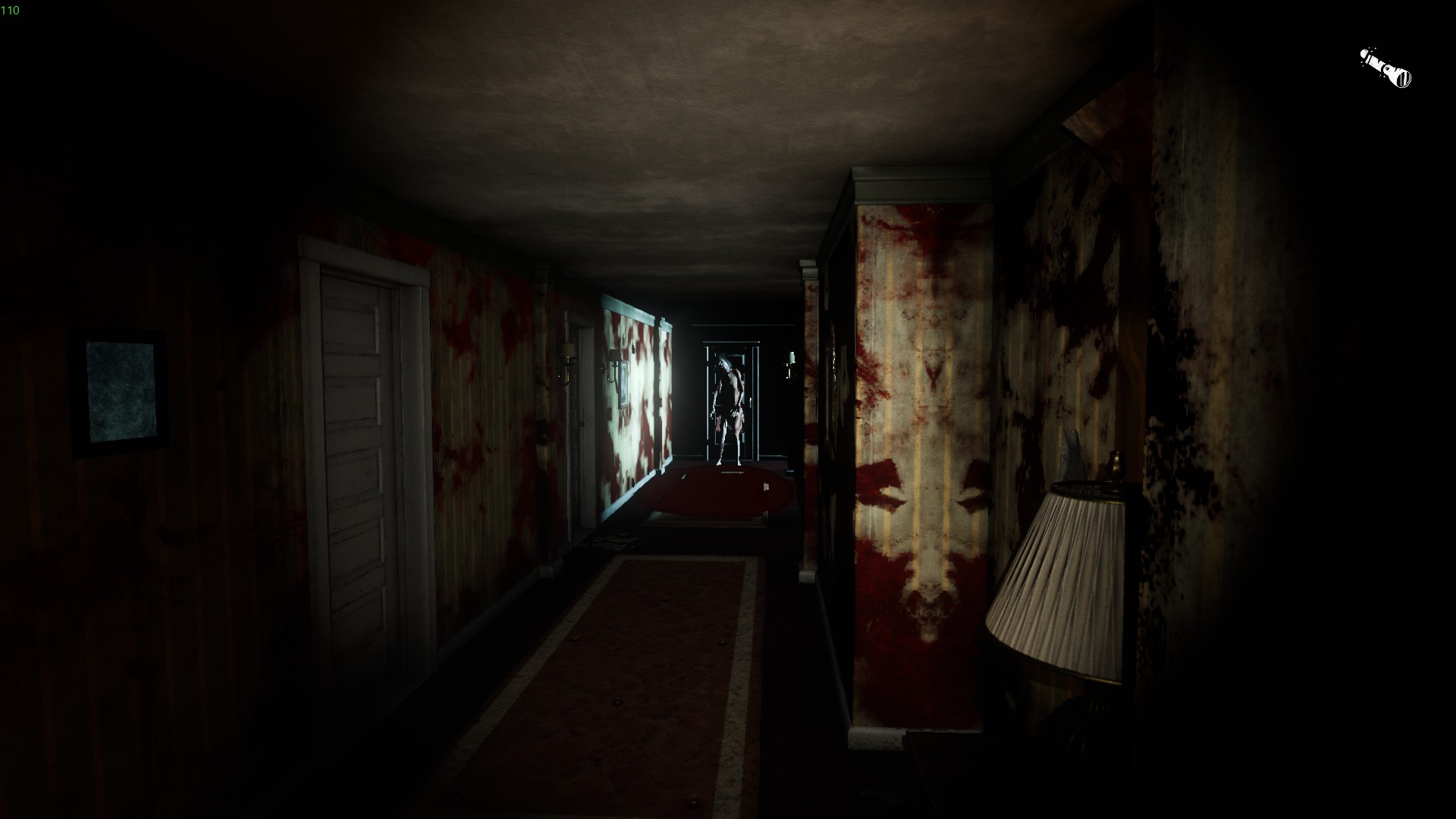 As you can see Anna is just a few meters away but because I’m not near enough the event doesn’t trigger.

To pacify you must aim the flashlight at Anna (preferably the face, I have not confirmed if aiming it at chest level or feet level works) and right-click (default) to use the UV-Light, this can both stagger and pacify Anna depending on the progress of the ritual. Below you can see how much does it take per level to pacify her. (1 level = 1 goat sacrificied)

First, here are 8 tips for this map.


A- Fuses can keep the electricity flowing indefenetely(same as the fire pit in the farmhouse).

B- You will need one more fuse to trigger the starting event.

C- You can, actually, use the switch to the electroshock machine while holding something.

D- Molly can initiate a hunt even if you have not done something to advance the ritual, especially after stage 7.

E- You can leave a rat on the stretcher in the red room (with the action key, do not press the drop key (‘G’ by default) or it will escape), this way if you have a 4 man team you can instantly get from ritual lvl 0 to level 5 (one puts the rat in the stretcher and searches for another, the other three get rats too, you all go down to the red room* and start killing them, if done correcty you can get to ritual lvl 5 that easyly). 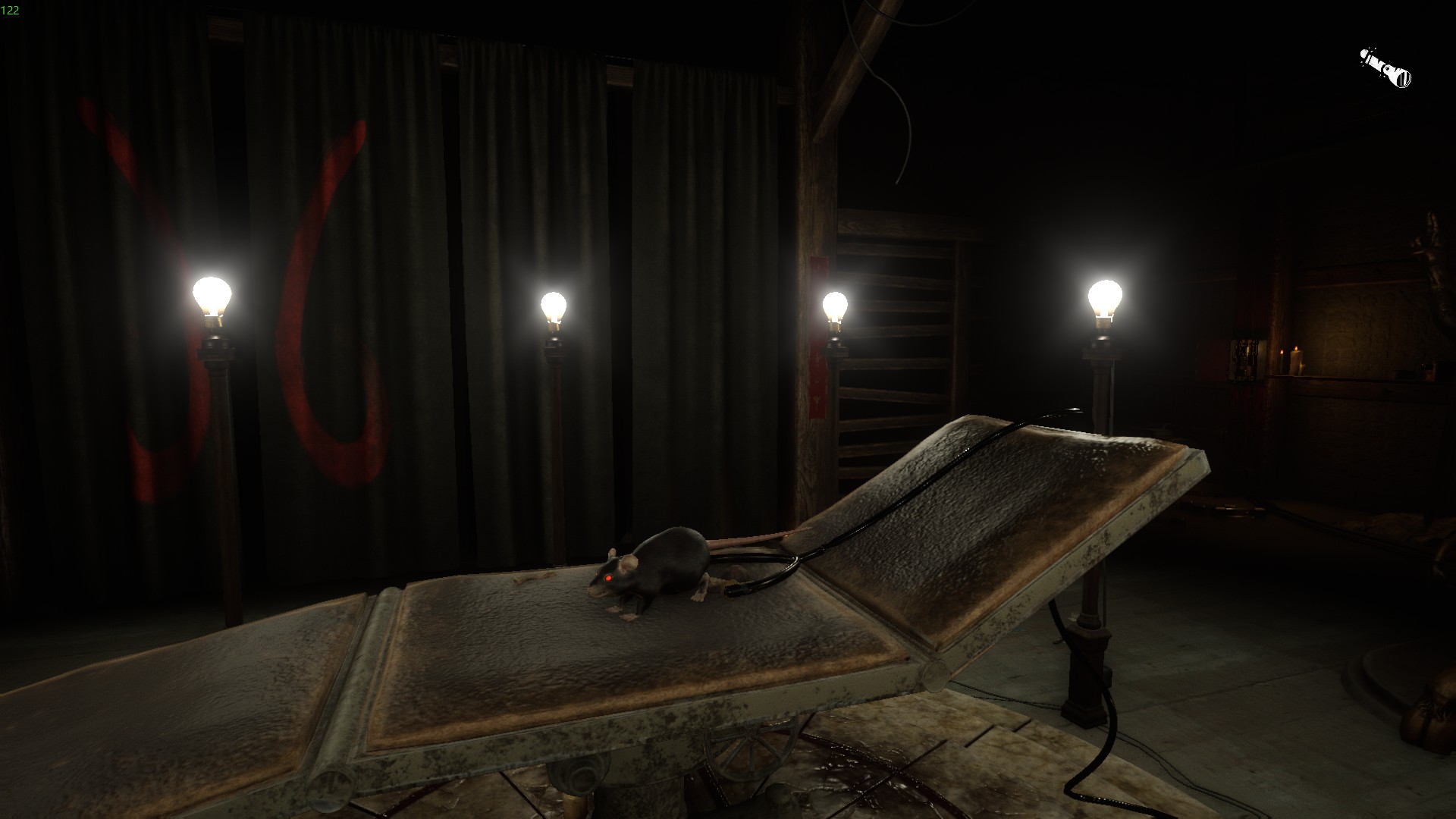 *By the way the red room I mentioned above is the sacrificing place, where you start the event and must finish it. I call it the red room because of the red light in the stairs that go down to this place. 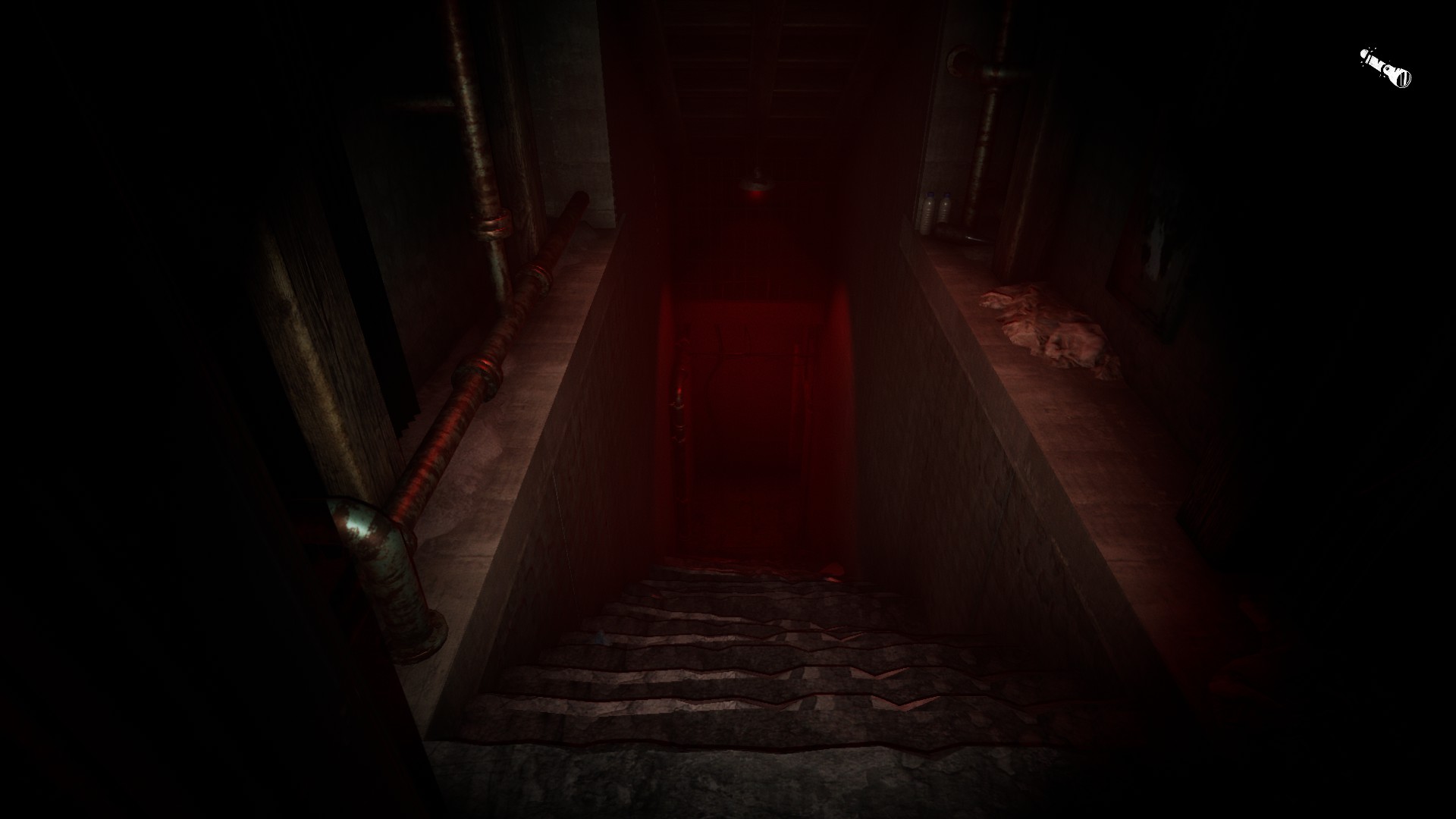 F- Do not get in the stretcher or between the pylons while the machine is active or you will get incapacitated. 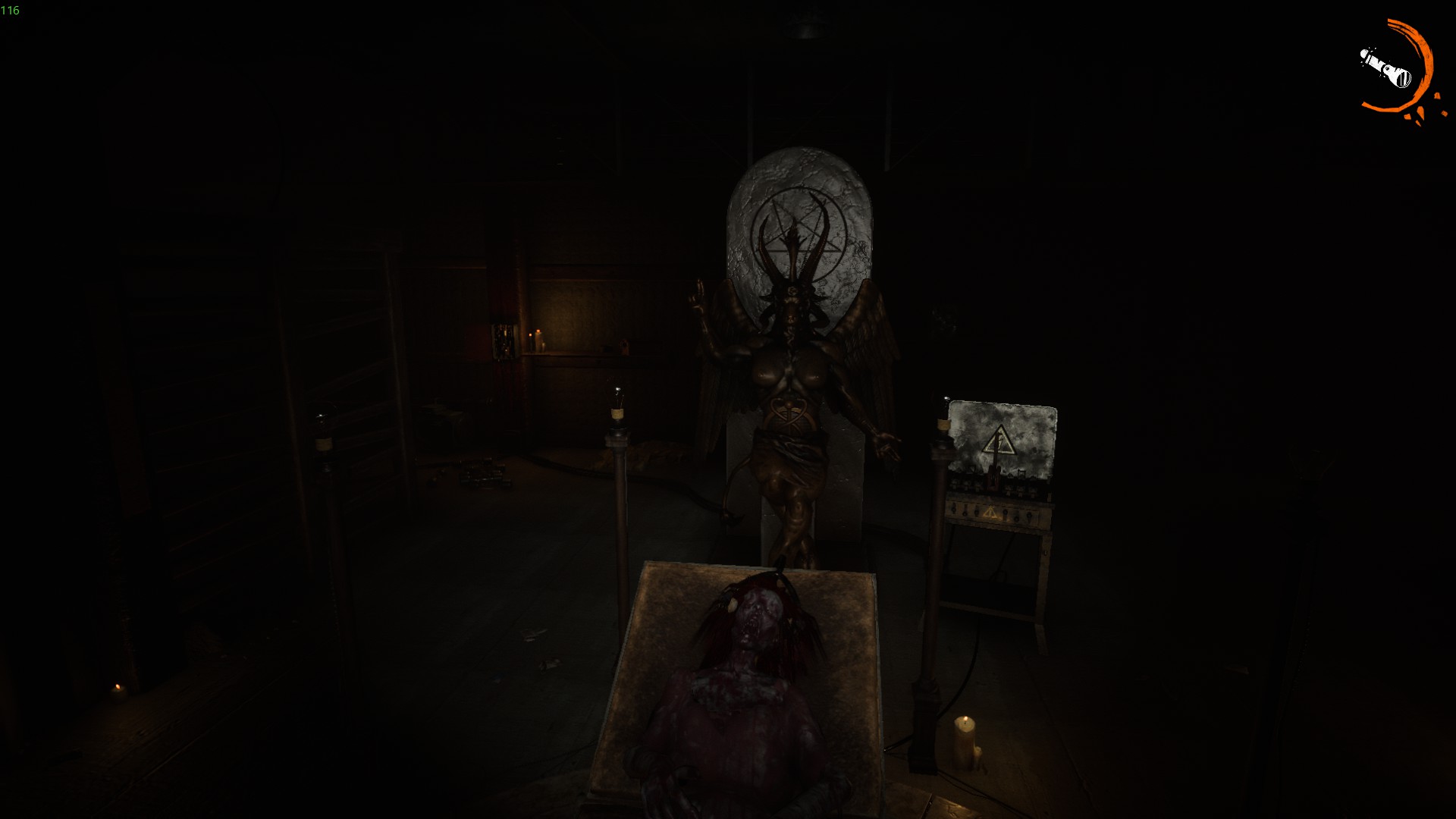 G- Fun fact, when not in a hunt Molly walks like a cartoon character trying to sneak up, which is hilarious.

H- There used to be 3 trash cans to knock down and all 10 rats would appear, but appareantly the devs changed it to 4 at some point.

Replace the first fuse in the circuit box in the red room, and collect 7 more. (It used to be you could collect 8, 9 with the one to start but at some point the devs changed this)

*Edit, after some more runs I started getting 9 fuses again (so 1 for Molly and 8 to prepare) but only sometimes, before I would get this number constantly. So I guess there’s a rng factor to the number of fuses you can prepare as of now. 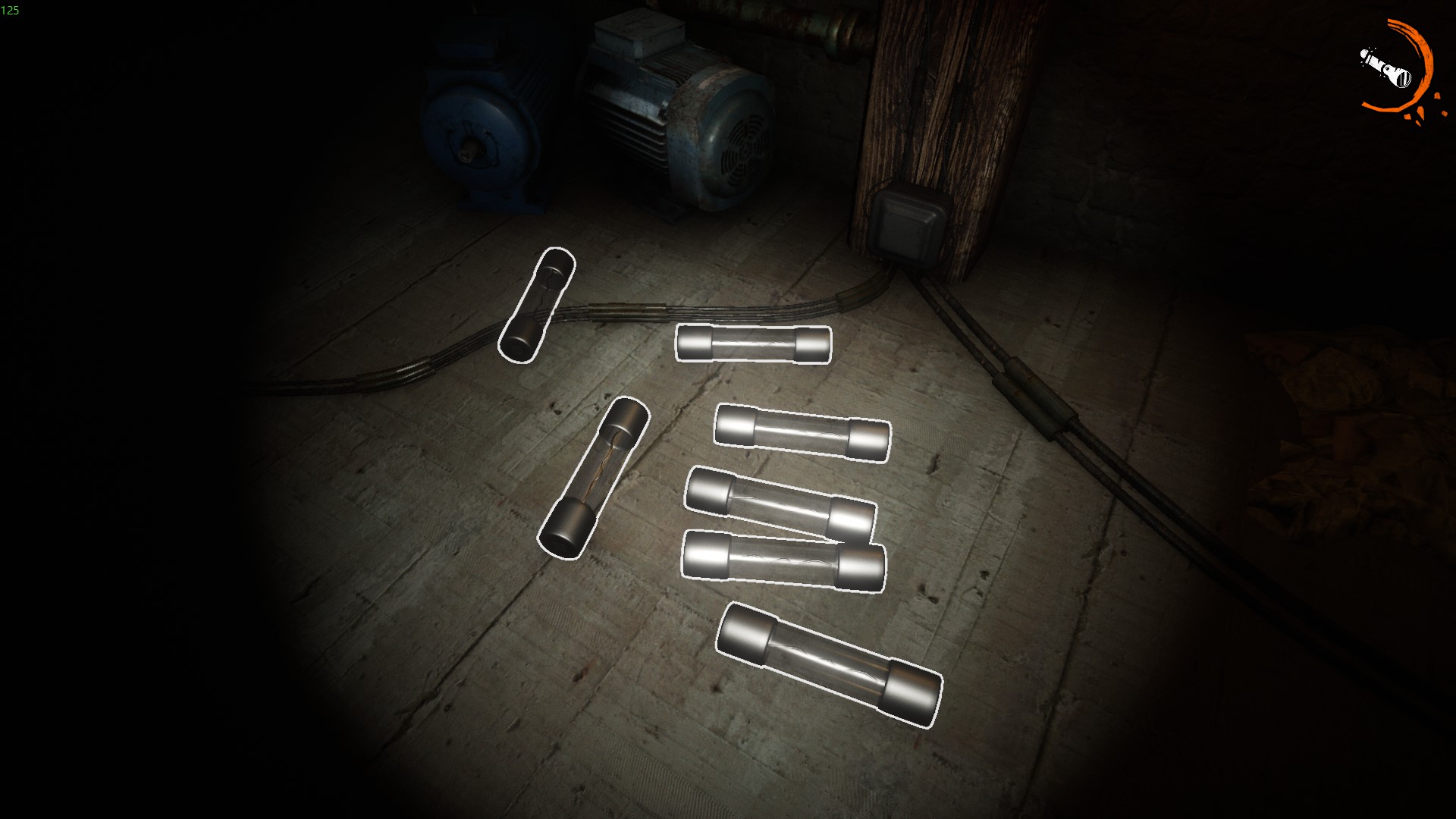 To pacify you must aim the flashlight at Molly (preferably the face, I have not confirmed if aiming it at chest level or feet level works) and right-click (default) to use the UV-Light, this can both stagger and pacify Molly depending on the progress of the ritual. Below you can see how much does it take per level to pacify her. (1 level = 1 rat sacrificied)

6th Ritual stage: 2 staggers needed. Around the 6th level some windows will start shattering creating a loud noise for some cheap jumpscares.

About items in general

Some Items in the game will re-spawn after use, these are the following:

Batteries were introduced in an update not to long ago as a way to help players in every difficulty deal with demons and to stagger or pacify both Anna and Molly. There is no requisite to use them besides activating them in the lobby before starting the game. 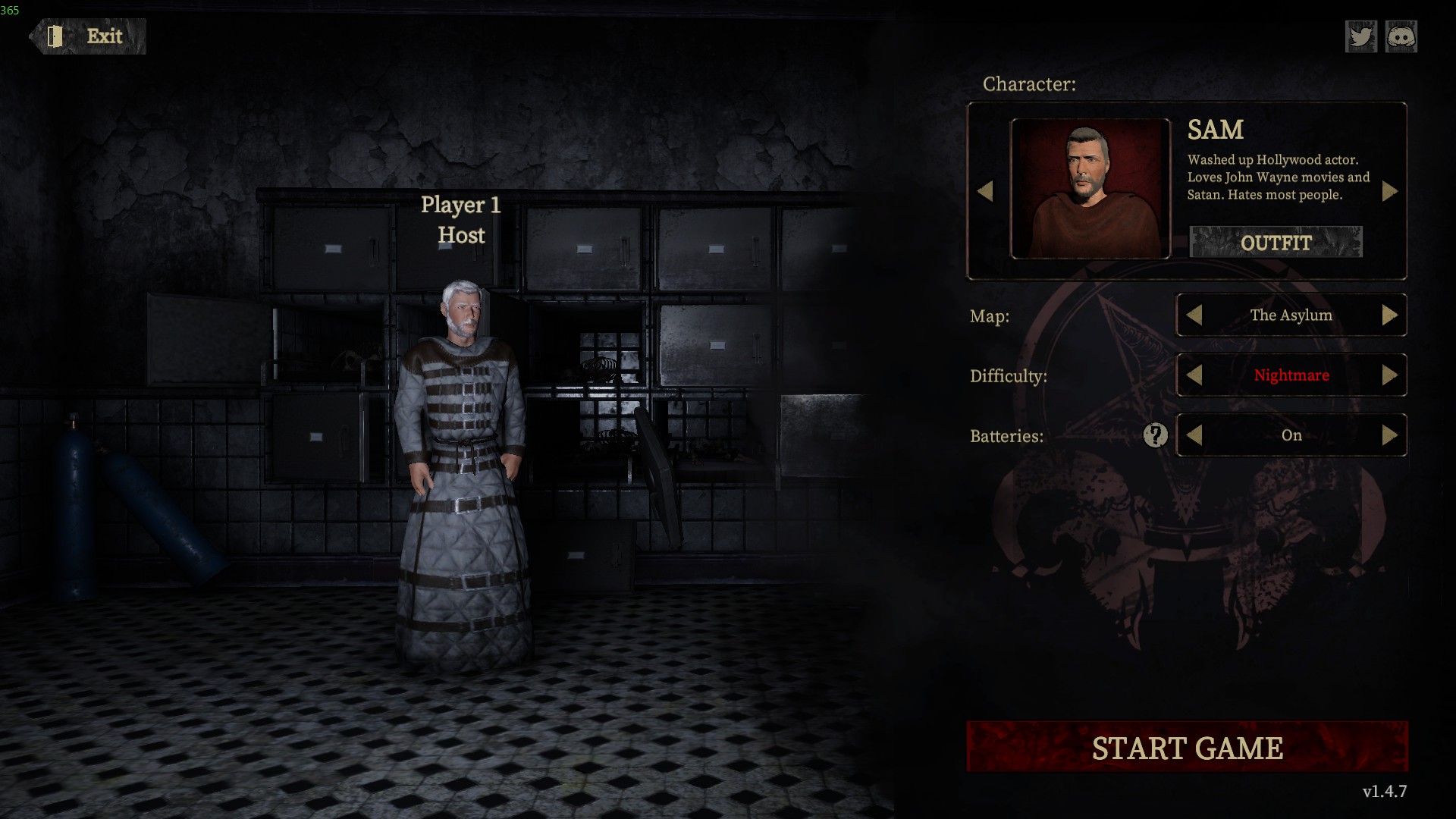 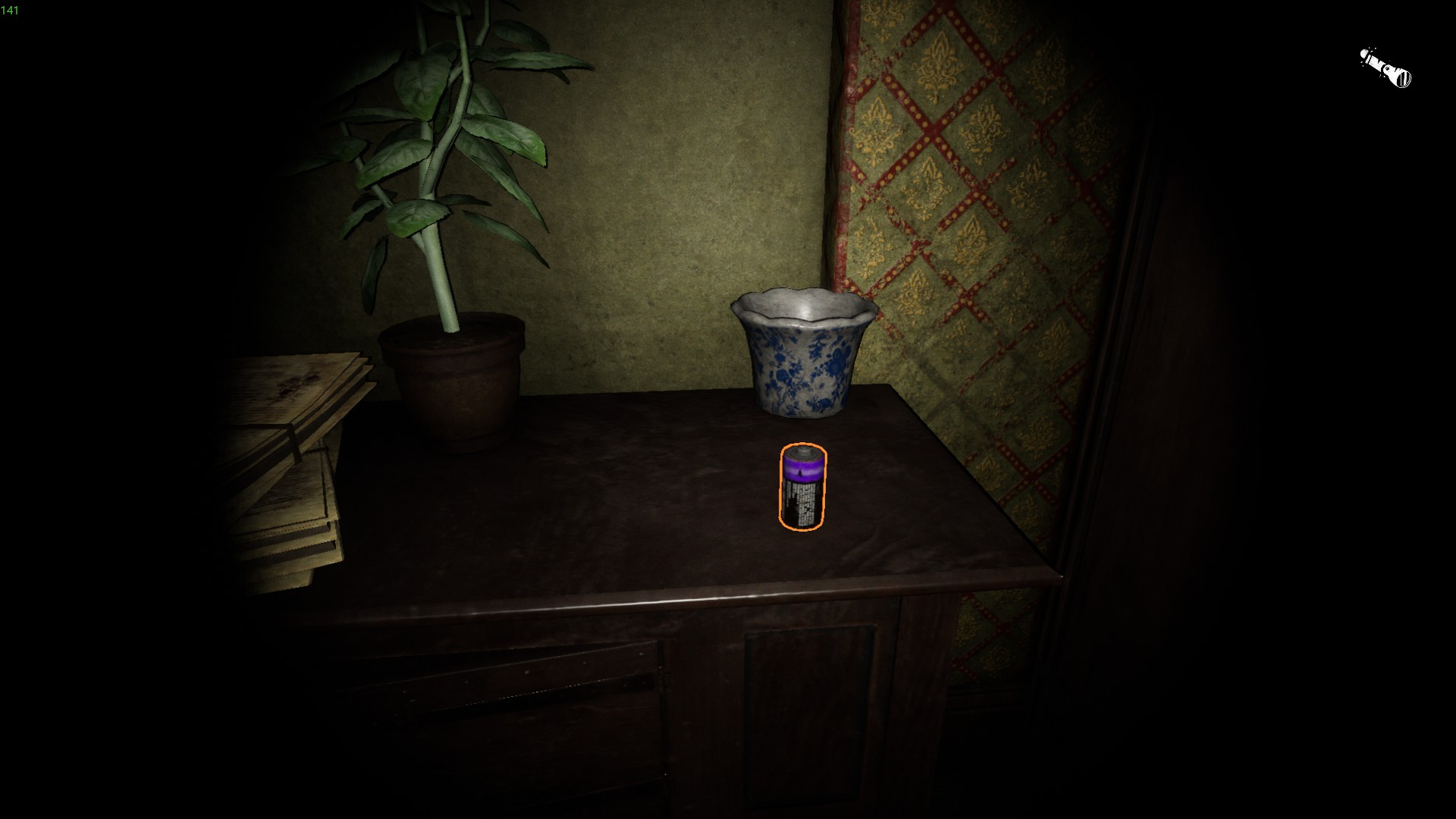 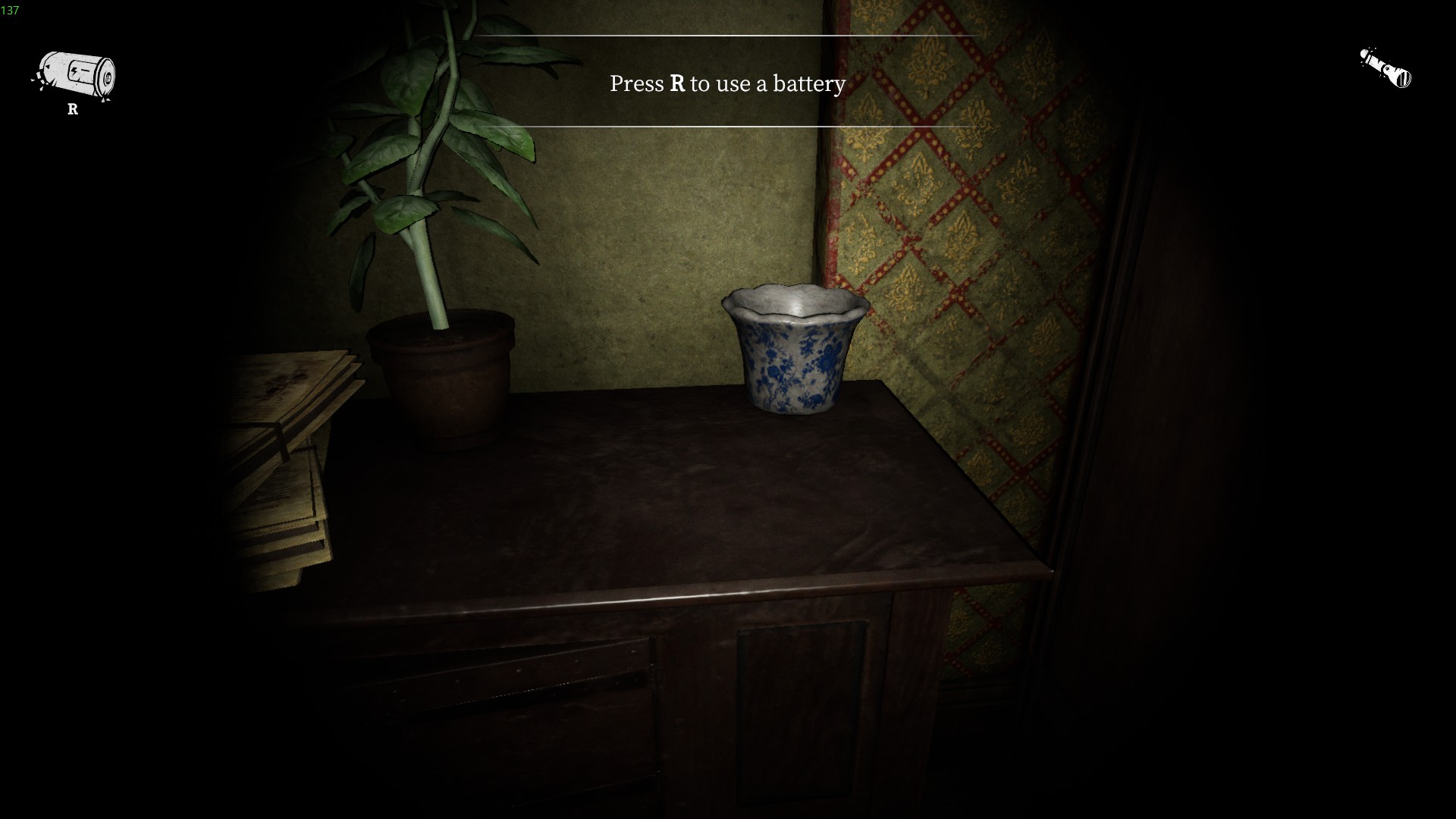 The message you get when grabbing one, pressing ‘R’ (default) will recharge your UV. 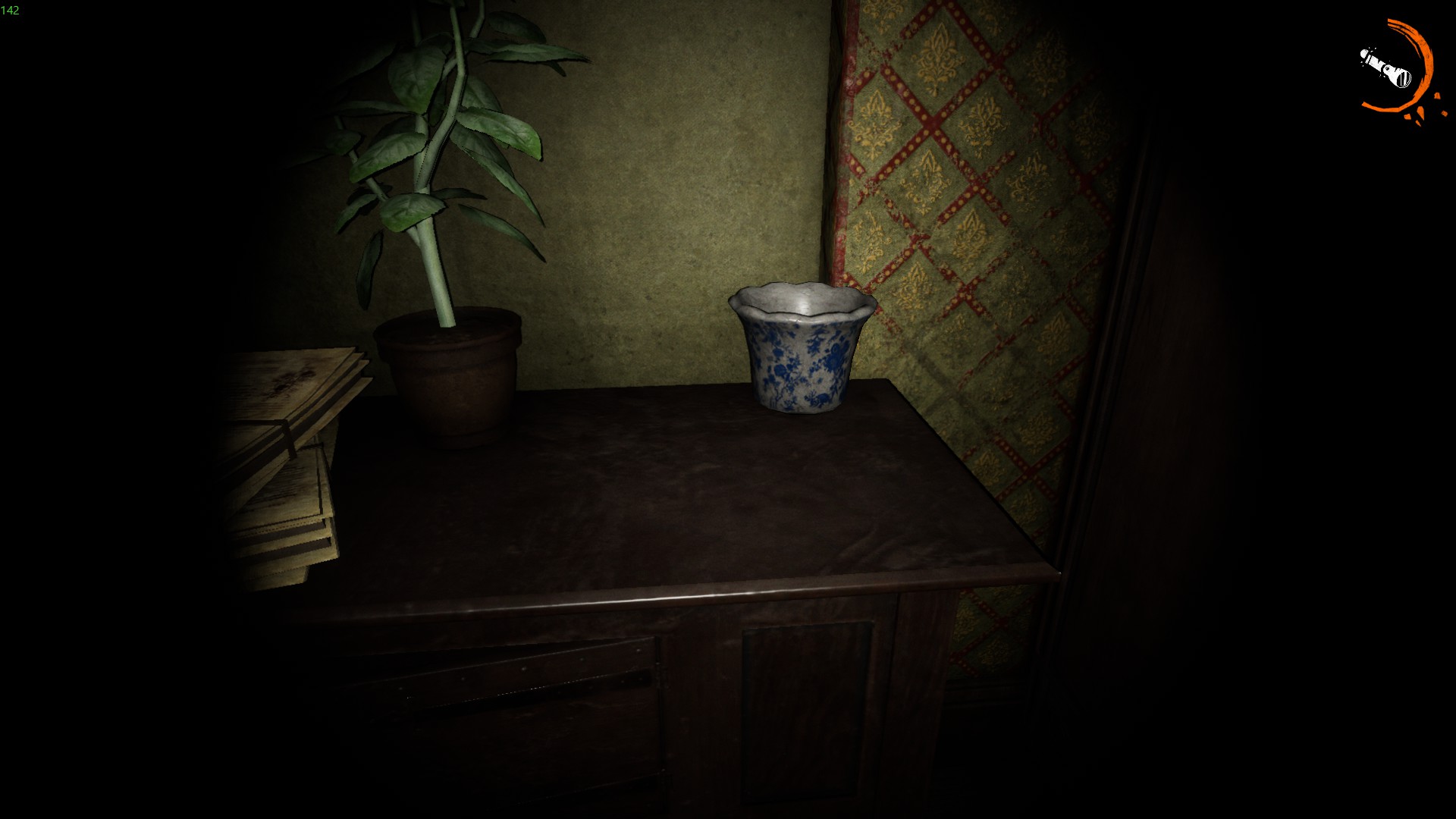 The UV meter having been recharged.


Batteries are a one-use only item BUT once used they re-spawn somewhere else in the map, including a room which hasn’t been unlocked yet.

I will not post any screenshots of where these can be found because they do appear in random places, but I will say this.

– Keys only appear after the starting event has commenced (except for one in the Asylum but that one only opens one door and it’s only purpose is to let you reach the actual event area.

– Keys can spawn behind locked doors, so be wary of whom on your team picks which key, try to memorize the map layout and the room’s names. That way you can be as efficiently as possible when opening doors and not waste time, I said it before, game plan and haste are of great importance.

At this point you have probably seen the message “Anna/Molly get harder to pacify each time you do, or as the game progresses, when they have red eyes the UV-light will not work” (something like that at least.

This is true, but not the whole truth

After stage 4 of the ritual, both enemies will have the glowing red eyes when hunting, but only after the first stagger.

Every time you completely stagger them (sometimes you think you have it but no) they will take a few steps back (this taking around 2 second that you should use to escape or recharge your UV), after stage 4 they will have red eyes and you shouldn’t waste your UV because it will not work BUT this too only last around 2 seconds, if you moved away, recharged your battery or someone is helping you they can stagger Anna/Molly again and get them to start their pacifist run of the game.


About the game in general

As I said before both Anna and Molly can start a hunt without you angering them, but this present a unique oportunity, sacrificing either a goat or a rat while they are in a hunt would not make them “more angry” and thus if they catch a cultist, once they free them they would go back to the calm state (unless is stage 9 of the ritual). Also while they are carrying a cultist make sure to do as much as possible, gather medkits, food, gas cans or fuses if you haven’t already. Again never waste any of the time given to you.

About demons (or lesser ones at least)

I cannot give you a specific route you should follow or specic guide about where to go and what to grab first (besides preparing but I already covered that), because I don’t have/use one, I just follow my own advice and do everything I can in the least amount of time possible trying not to waste a single second. But I can give you the starting points of both Anna and Molly, so you can avoid those areas at the start and focus on something else instead.

And here they are.

Here’s where I post about some guides I’ve seen that claim there is an easy peasy lemon squeezy way to win the game. I cannot confirm this ones because I haven’t conducted enough research on them or can’t replicate the results.


1st one would be that you can appareantly herd the goats in the Farmhouse map by placing a single hay stack atop a pallet or barrel near the ritual and leave the goats near that place, they will try to eat the hay but because they can’t reach it, they will just linger there. This meaning you could in theory prepare the 10 sacrifices before angering Anna.


2nd one would be that when Anna/Molly are hunting you can just crouch, turn off your flashlight and they will be totally oblivious about your position, even running around you but never finding you.


If you want to try any of those methods feel free, and comment your finding in the comments section.

I made this guide entirely based on my own experience with the game, as such some parts of the guide could be wrong or outdated by the time you watch it.

I might be updating the guide per user request but no promises.


And with that you have reached the end of this guide, thank you for reading it, hope it has helped you in any way. Happy ..er .. demon worshiping, and most likely I’ll see you all in hell.

Written by Sigmar Wills It

I hope you enjoy the Guide we share about DEVOUR – Basic Gameplay Tips for Anna & Molly; if you think we forget to add or we should add more information, please let us know via commenting below! See you soon!