This guide is to help you find the new weapons and mutations for the Dead Cells 2.3 Whack-a-Mole Update.
At the time of writing, there is hardly any information available on the Dead Cells Wiki.

The new weapons are all one-slot, survival weapons. They emphasize slow, heavy weapons with a windup and lots of damage.

“Sweep your way through mobs as you would with any massive axe. The last hit can be chained to relentlessly swing into the sunset forever.” 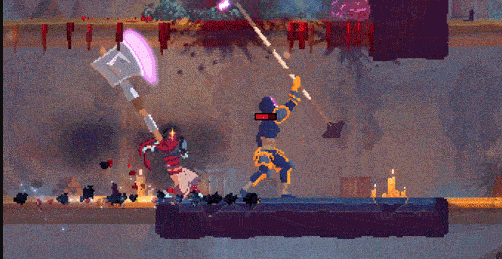 Oven Axe drops from Oven Knights. These are very abundant, but only spawn after 2BC+. They can charge forward and do two chops, and are immune to projectiles while their shield is up. Destroying their shield will cause them to enrage.

“Roleplay as your favourite troll/ogre/giant ugly creature. Smash with the normal attack, or hold the attack button to charge up a ferocious hit over the head of your foe, breaking your weapon in two.”

Toothpick drops from Ground Shakers, an enemy exclusive to the Caverns, which are accessible from the Graveyard after beating the game. They are immune to damage from behind, can cause crystals to fall down when you are far away, and do heavy combos with a shockwave in melee range. 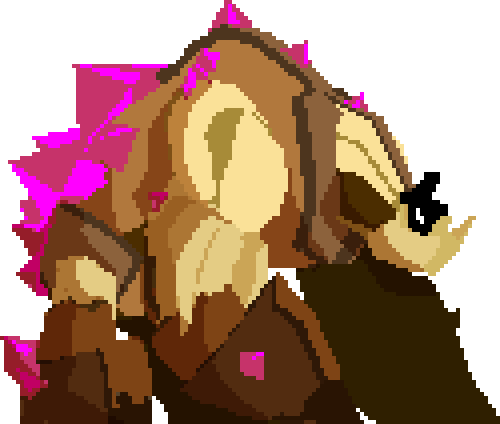 “Kill enemies with a heavy dose of irony.
Doom nearby enemies if you manage to kill something with the last hit of the combo.
Doomed enemies have an ethereal tombstone fall on their head.
Each kill starts a new wave of doom (up to 3 consecutive waves).” 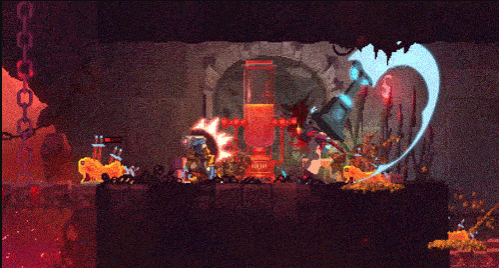 Tombstone drops from Purulent Zombies (Graveyard). These zombies are exclusive to the Graveyard biome, accessible with the Spider Rune after the Insufferable Crypt. They can do a melee attack, as well as spawn a bunch of Corpse Flies and chain electricity between them. 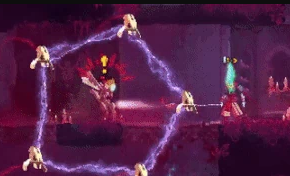 The new mutations are all damaged-focused.

Execution (colourless) – Instantly kill enemies with under 15% health when you hit them with a weapon. Works with bosses too, but only when they have under 7.5% health – we can’t make it too easy for you after all…

Execution is called ‘No Mercy’ in game, and drops from Slashers. These can be found in biomes as early as Ossuary or Prison Depths, and are very abundant at higher BC levels.
Slashers attack three times before stopping, with the last hit dealing a shockwave. 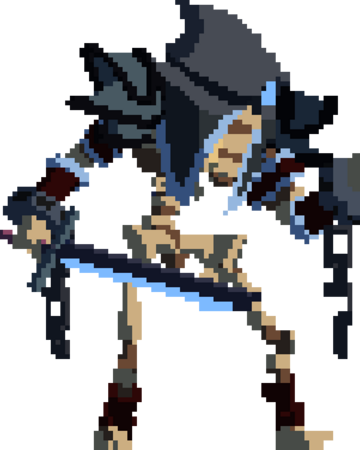 Barbed Tips drop from Toxic Miasmas. Toxic Miasmas are exclusive to the Corrupted Prisons optional biome, accessible with Spider Rune from the Toxic Sewers. They can hurl a projectile as well as charge up a damaging aura around themselves 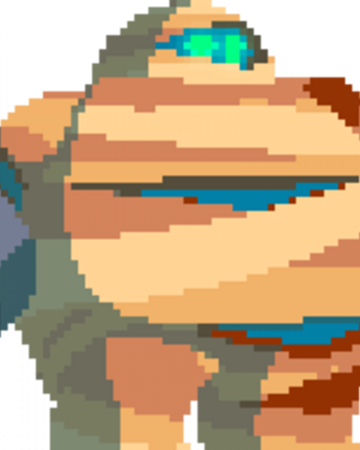 This is my recommended pathing to pick up all of the unlocks.
You will need at least two runs to get them all, as both Sepulcher and Cavern are 5th level biomes.
I did this on 3BC to check out the changes. From 3BC, you can also access Insufferable Crypt through the Ramparts, which have Slashers in case you do not get the drops the first time

Good luck and please rate the guide if it helped you out!

I hope you enjoy the Guide we share about Dead Cells – New Update New Weapons and Mutations Locations; if you think we forget to add or we should add more information, please let us know via commenting below! See you soon!