A guide for those who want to learn how to play the Deathslinger in Dead by Daylight, it can be useful for both beginners and already hardened shooters, information is never superfluous, and if you haven’t found anything (which I doubt), then just refresh your memory, it will always come in handy.

As I said above, this guide will give the necessary knowledge , and what to do with that is up to you. Everything that will be here is based on my knowledge and experience, having received them, it remains only to practice (without this you will not be the best) and get your own experience. It is worth mentioning that in the beginning it will be difficult to play as him, because a maniac with a swing.

Have a nice read

The perks on this maniac are not as much needed as the ability to play, but they are still needed to prevent the genrush in the game if you are going to the top 1 maniac, and there every third game ends before you return with a cup of tea to your computer.

To begin with, I want to demonstrate my build, which I play with constantly and do not complain about anything:

Deadlock, Scourge Hook: Pain Resonanse, Dead Man’s Switch and I’m All Ears. The first three perks are obviously from genrush, and they work very well in combination, “I’m All Ears” is needed for a more convenient capture, which helps suddenly coming out from behind the wall immediately shoot at the survivor without giving a second to react.

An interesting combination for catching turns out if you combine “Spirit Fury” and “Enduring”, it has always been an interesting bunch, but on Deathslinger you can almost immediately make a shot, which no one expects. “SBFL” is a single perk that can be taken as “NOED”, that is, if you don’t know what perk you want to use: the victim of obsession can be given the first hit through stunning with a harpoon, this is one of the mechanics of a maniac. I’ve already written about “I’m All Ears” – it’s just convenient. This build was not set up for a tournament game, but just for the pleasure of the game, of course, you can take a little bit from each build, no one forbids experimenting.

Cool combinations of totems, spoilage: “Retribution” or “Pentimento” go very well with Plaything. The combination is designed for gamers with a skill who are used to play as Deathslinger with a little terror (“Monitor & Abuse” gave 16 meters, which is almost inaudible), the assembly is also fun, but sometimes it delays the game on large maps, I advise you to take Retribution, because maniac is slow and will put Pentimento for a long time.

Another good fun bunch of perks is Starstruck + Agitation and Make your Choice, I don’t use such perks, they rarely work.

Methods of capture and little tricks

As we know, Deathslinger is a disabled grandfather with a speed of 4.4 m/s, but he has a harpoon gun. And due to this, the maniac changes a lot, he can punch survivors where it would seem only Nurse got.

If the obstacle walls are not too high and the Deathslinger can get through them, even if there is a small hole , then you can shoot through the obstacle and give a hit if the surv does not break.

A very important feature of Deathslinger: if surv breaks from the harpoon and the maniac gets stunned, then he will be in the patching stage, even if he was healthy. This can be used if a healthy surv threw off the pallet and did not stun you.

Windows from Deathslinger almost do not save, but on the contrary, if the surv runs straight into the window, it will most likely get a hit, the main thing is to shoot during the animation when the surv jumps, because they can make a fake to the side and run away.

If you get really good at deathslinger (which I advise), then you can give hits by attracting surveyors on ones for heel and punch in the shack.

If there are 10-15 seconds left before the end of the survival stage, it is better to camper it. And even if someone came, it’s better to put it on a harpoon and not give a hit, but keep it as long as possible and at the end you can give a hit, so the survivor on the hook can get another stage before removal.

And finally, if you have sharpened aim, you can often find small holes in the map and give a full hit to the survivors, but it’s worth considering ping, because it happens that seems to hit , but no, so it’s hard.

I always take one addon for a quick recharge, rather brown, if there is a green one, I duplicate it – it gives a very strong result.

If you are playing with SBFL, then I advise you to take the addon (s) to reduce the stun from the harpoon, so that the hit on the victim of obsession does not take much time and you can put it right away until you have time to escape.

Speed addons when aiming work only for stable aiming: when you enter aiming, the speed doesn’t change much + it’s good to use with “I’m all ears”, but I almost don’t use these addons, I think +patching time or -recharge time is much more useful.

Improvements to reduce the terror radius when aiming – I don’t see any point in a normal match at all, only if you get up and camp somewhere, but it’s not profitable.

Well, the cherry of Deathslinger: I advise you to use the red vulnerability addon together with the tooth so that the target is attracted faster and does not have time to break.

If you want to have fun from the heart, then I advise you to take the second red addon for invisibility, because it does not bring much benefit to the game, only add a small surprise effect, too situational, I do not play with it, but try, the main thing on maniacs is experiments.

If You are a maniac – the game goes according to YOUR RULES. -rep, tunneller and camper are not an argument for losing, they just don’t know how to play, and it doesn’t matter how many hours they have: 50 or 6k, they have a strong advantage – the game is connected.

Thanks to all those who have read to the end, this is important to me and I hope that this information will be useful to you. I apologize for the poor quality on the gifs, if anyone knows the solution – write in the comments, I’ll write to you later.

I am grateful to these people for their help in the content: 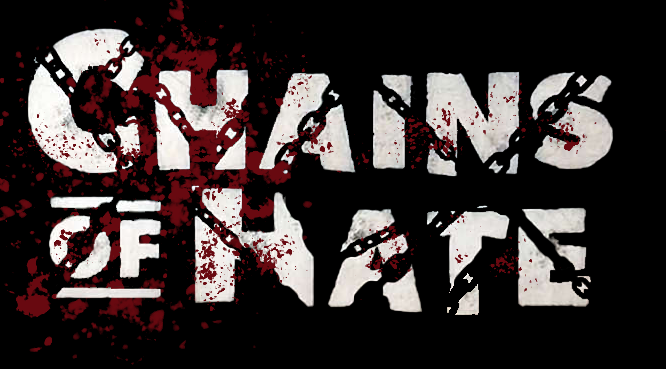 I hope you enjoy the Guide we share about Dead by Daylight – Tips how to play the Deathslinger in DBD; if you think we forget to add or we should add more information, please let us know via commenting below! See you soon!