Hey there, I’m going to share helpful tips you might not know to give you better chances at escaping! 5.6.2

Dbd has a key factor to winning or losing a game, which is Resource Management; this what killers will have to sew their game plan around, to lay out pressure, which chase worth dropping, which Gen can be afforded to lose, which Walls/Pallets not necessary to break etc.

But this is way easier for survivors to do, since there are 4 of you, the magnitude of choices are are split, and usually way less important than the killer’s decisions.

Your resources as Survivor are:

–Time: By far the most important resource

–Health: Taking hits for teammates, or letting someone die if absolutely necessary

You waste too much time:

You spawn next to a Gen at start, what do you do?

2- Find an unsafe Gen in center

4- Look for the Killer to loop


Well the answer should be obviously in the first 3, but which one is it?

That depends on the map and killer, if the map has a choke point in the middle and 3-3 Gens on either side you should definitely pressure the middle Gen.

Ruins are best dealt with early before giving it value, but not all killer’s ruin has to be dealt with!

Killers with poor Gen pressure can be played out with good Gen rotation without the need to find their Ruin and Undying.

I think most people know by now that you’ll spend the majority of game injured when faced with The Plague, cleansing early not only endangers your team but also restricts you from working on infected Gens, solution: Don’t cleanse until 3 Gens are done, unless you need to pull a risky save.

If Sadako catches you and team has no flashlights or saboteurs you’re already dead, so not worrying about condemn mechanism allows you to gain more Gen pressure, and turn off any any TV on the map to keep teammates safe.

Altough your aura will be revealed through killer instinct for few seconds when you hit 7th stage, this usually doesn’t bring immidiate aggro onto you, but keep moving or trigger it where you wanna lure her just to be sure.

Some portals might not worth your time to cleanse, if your team is injured or in chase and you’re healthy, working on a Gen with a portal next to it, don’t bother cleansing it just do the Gen, if he interrupts you then you can hold aggro while your team recovers.

Needless to say you need to be on the lookout for these traps, the best way to win agianst these killers is to know where the traps are located and defuse them immidiately, if they’re chasing your teammate you might wanna spend a bit of your time tailing the killer and dealing with their traps while they’re distracted. 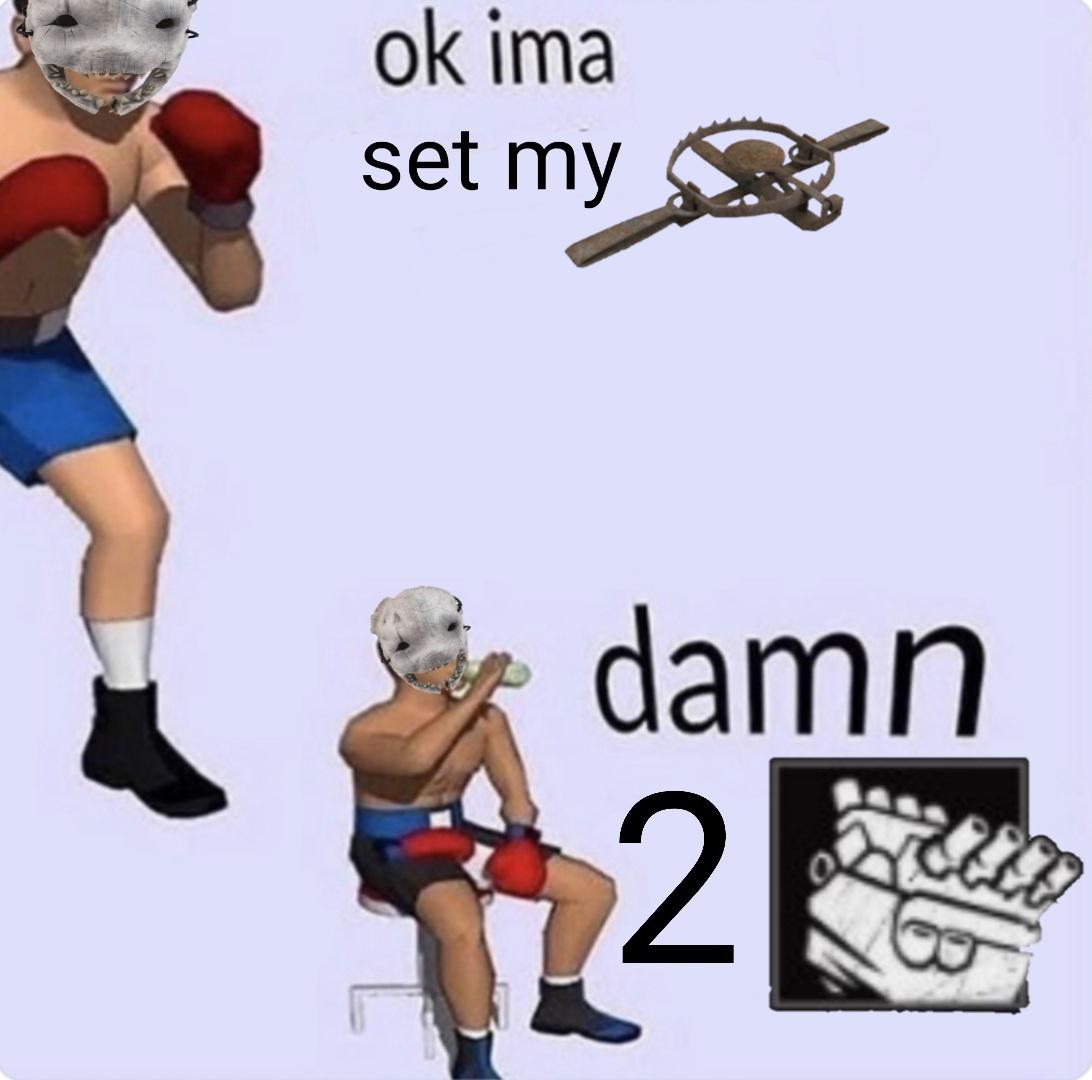 You find an injured teammate while you’re also hurt, you heal them, but you won’t let them heal you because either:

1- A team mate is hooked or dead

3- Some other situational problem


Self care is sometimes called “Selfish care” for a reason; every second counts if ♥♥♥♥ goes south, you wanna quickly send your teammate for a save while you play safe and hop on a Gen.

People don’t care about hitting Great checks but trust me, it’s gonna be one of your best attributes to fight the killer.

Which means 2 people hitting every Great checks gonna finish repairing a gen FASTER compared to having 4 people on it hitting basic Good checks.

Read more about it here. – [deadbydaylight.com]


Tips I can give to improve your timing on checks:

-Rebind the trigger button, I am using left click.

-Listen to music or quietly sing a song in your head, it’s scientifically proven to calm you down and focus on your objectives. 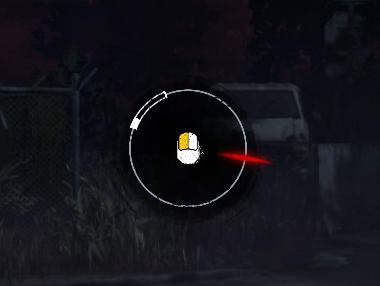 There’s a chart called the Flow State which determines the efficiency of your work, it’s not only limited to video games, and it’ll help you understand why you underperform in some games, while excelling in other ones. 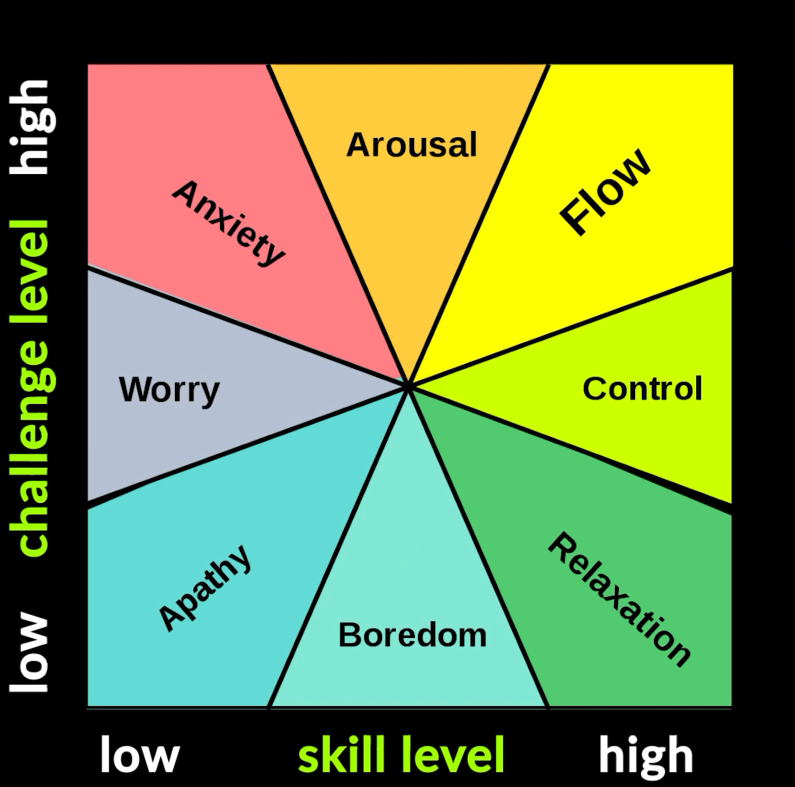 I think the chart is pretty straight forward; if you know what you’re doing (HIGH SKILL) and met with a great challange (HIGH CHALLANGE) you’ll perform at your best under pressure while being focused and having fun aswell.

Playing in the Flow State will allow you to hit every Great Skillcheck and win more mind-games.

Learn more about it

Ideally you always want to run one of each groups of perks:


My choice are the following set:

Dead Hard is a one second god mode which can let you make some pretty nutty plays, and some times save your life at the gate where nothing else could save you.


Borrowed Time is a must have in 2022 Dbd, killers basically force you to have it with their tunnel/camping behaviours.

In the killers vision you get +6% Actions speed for things such as vaulting, opening exit gates etc.

It is one of the most underrated perks in the game, don’t sleep on it.


Flashbang is just for fun and memeing around, WGLF for racking up points.

You could replace the last perk with DS or Unbreakable but I for me those perks more often not work than they do.. so alternatives I reckon having might be Soul Guard, Iron Will, Proove Thyself.


For consistent winrate you want a reliable perk build that does something every game, even if it has less impact compared to a perk such as DS which can be denied just by waiting. Not every game will be fair, in fact most games will favor either one of the sides.

Spawning in the game you’ll quickly have to assemble infos such as the map layout, skill level of the Killer and competence of your teammates.


Knowing the layouts of maps and being aware of the killer’s location for Gen rotation has a huge impact on your pressure, for example RPD is hated by many players but if you know all the shortcuts, pallets and Gen & totem spawn locations you’ll have ~70% winrate.

Taking aggro is the most important job on the team.

I’m not going to make a looping tutorial here because there are loads of it on Youtube which would give you a much better illustration about the whole thing than what I could type here, but in a nutshell the key is that you keep holding W whenever you can afford to, zoning out killers and forcing them to follow you to the next tile can buy minutes for your team.

Mainly use Windows to juke the killer, not pallets, only resolve on using a safe pallet if you mind gamed a window next to it before.


Desperate killers tend to tunnel one player for the entirety of the trial, making it their personal mission to get that 1k, so it’s very important that you learn to waste the most amount of their time before you go down or lose the Killer. 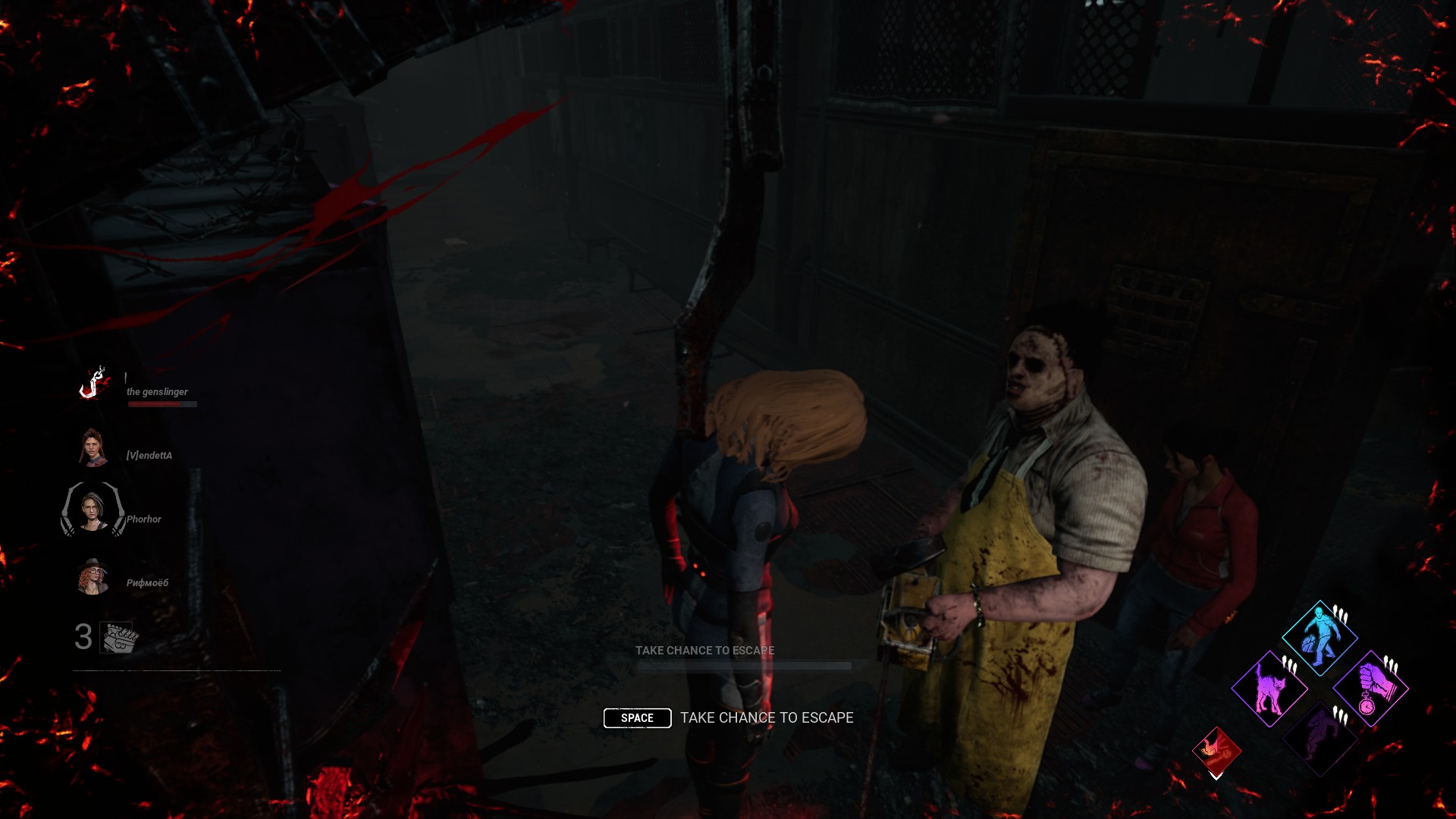 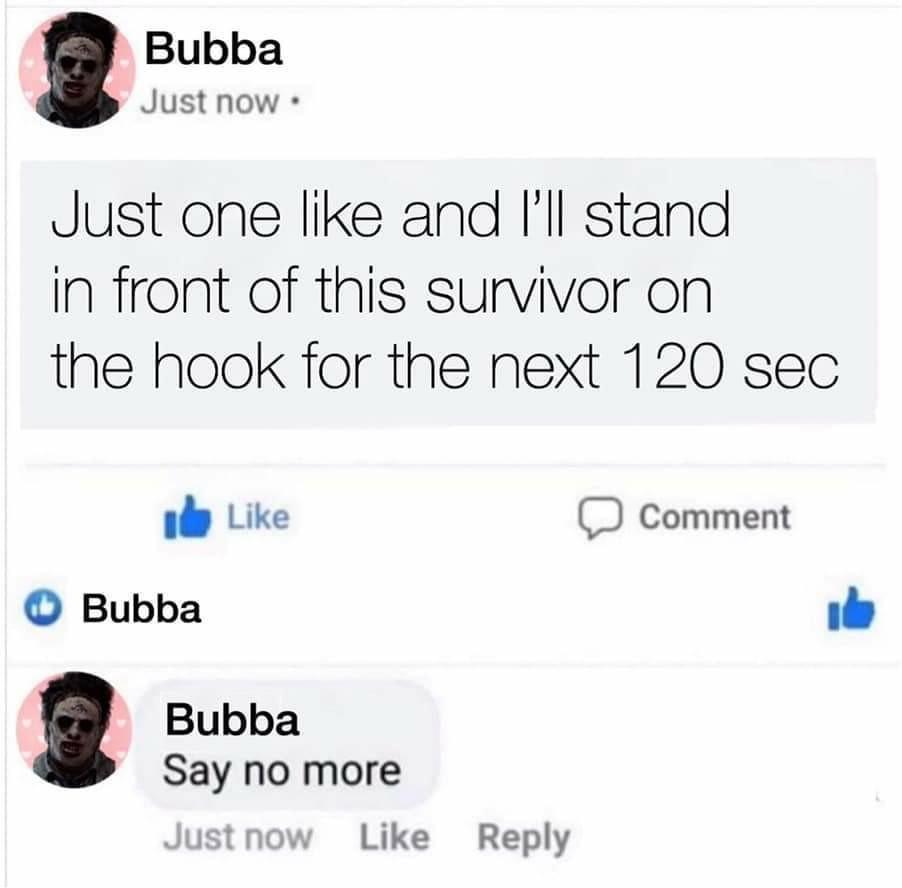 There are unfortunately unwinnable games where you get camped to death, this Bubba with 3.7k hours did that and next game I matched with him again, he face camped my teammate at 5 gens.

Since there are many insecure low skill baby killers like this one, if you get targeted first the best you can do is deny him any more than 1 kill by wasting his time and not disconnecting, nor failing skillchecks on hook!

Don’t let your death be meaningless, they wanna play this way, then your life will cost him 3 survivors’ escapes.

Q: How many hours you have?


Q: When did you first play Dbd?


Q: Which survivor or Killer you main?


I’ll extend the guide with more tips as time goes on, hopefully you learned something new, good luck & have fun on your next trial!:)

Hope you enjoy the Guide about Dead by Daylight – How to increase win rate percent as Survivor, if you think we should add extra information or forget something, please let us know via comment below, and we will do our best to fix or update as soon as possible!