Finished the main story? Not sure what you missed? This guide will cover the most important things. Massive spoiler warning of course.

There are 24 jobs in the game, 6 of which you start with. The other 18 are found from crystals.

Fencer : Located in the Pale Grotto Dungeon in Delende.

Scholar : Located in the cave at the top of Mt. Yamagawa.

Aegis : Located in the beginning of the Trial Caves, accessed from Proving Meadows after obtaining 3 other crystals.

Hunter : Located in Quintar Nest, from a cave on the south side of Rolling Quintar Fields. Also accessible from Jojo sewers.

Ninja : Located at the top of Okimoto N.S., which is east of the Cobblestone Crags and above the following Underpass section.

Nomad : Located at River Fish’s Ego, accessed by climbing the waterfall at the end of Salmon River, and correctly answering 3 quiz questions. If you’re quick enough, this can be done during the Salmon Race using the rental salmon.

Dervish : Located in the entrance of the Pyramid in Poko Poko Desert. The pyramid can be accessed by collecting 3 tokens from the watchtowers in the area, then giving them to an NPC in Poko Poko Bazaar.

Beatsmith : Located in Capital Sequoia, down the 3-tile high chimney.

Samurai : Located in Shoudu Province, reward for winning 3 matches in the Sky Arena.

Assassin : Located in the Undercity Dungeon in Shoudu Province. The dungeon can be skipped entirely if you have a Salmon mount by swimming under a gate in the waterway. Can also be accessed without the Ibek by bringing the rental Salon from the Salmon Race.

Valkyrie : Located in the Beaurior Rock dungeon in Beaurior Volcano. Technically does not need the Ibek mount, as the area can be accessed by performing a tricky long jump onto a lamp-post south of Mercury Shrine.

Summoner : Located in the Slip Glide Ride dungeon, which is located in the Northern Caves in Tall Tall Heights.

Weaver : Accessed in the Jidamba Eaclaneya dungeon in Jidamba Tangle. Can be accessed by gliding north from Flyer’s Lookout in Quintar Reserve, or gliding south from Flyer’s Crag in Okimoto N.S. Can also be accessed without the owl by taking the Capital Pipeline from the Capital Jail and sneaking past the Corruption enemies. Can ALSO be accessed without the Ibek by using the rental salmon from the Salmon Race and swimming to a cavern north of the island, letting you acquire a permanent Salmon mount which you can use to swim to the island.

Mimic : On top of the Chalice of Tar, on a floating island in the middle of the big tar pit.

I made another guide for this specifically, which can be viewed here:

Pinga: Unlocked along with the Summoner class

Pah: Located in a cave in the Open Ocean, directly underneath Okimoto N.S.

Shaku: Located in the southeast of Spawning Meadows

Pamoa: Located in the southeast of Tall Tall Heights

Guaba: Located in the middle of Salmon Bay

Coyote: Located in the Deep Sea, directly south of the Save Crystal on the east side of Sara Sara Beach

Tira: Located at the top of Shoudu Province, northeast of Ganymede shrine

Juses: Located on a hill in the southwest of Jidamba Tangle

That one Scholar skill everyone misses: The last (or most likely last) scholar skill you will get is called Reflection. It can be gotten from a specific enemy formation in the floor after the first pit in the Ancient Labyrinth dungeon, that contains a Puppetmaster and two Puppets. Wait until the Puppetmaster casts ‘Activate’ on the Puppets to transform them into “Puppet (on)” . “Puppet (on)” will then unlock a counter skill (Reflection). You have to manually trigger this counter skill on them to learn it.


Tuxedo: Can be obtained by collecting all the penguins in Capital Sequoia and giving them to the penguin keeper. Stats are only earlygame-tier but you become a penguin.


Spring’s Oath and Autumn’s Oath accessories: Can be obtained by swimming into the trees at the river sources near the tops of Mt. Yamagawa and Okimoto N.S. Each boost item drop rates by +50%.


Seeds for the garden: Many seeds can only be obtained from as rare drops from specific enemies. Make sure to check your archive data, and equip Spring/Autumn’s Oath while farming them.


Stone of Jodan accessory: Can be acquired by trading a Crag Demon Horn (dropped by the Crag Demon at Cobblestone Crags) to an NPC in the sewers.


3rd fishing location: Just south of Poko Poko Bazaar, near the reefs. Different rod/lure combinations result in a variety of unique armor and accessories (such as Plate of Whale). It’s somewhat random so make sure you repeat each option a sufficient amount of times.


Crab’s Claw: In a Deep Sea Cave located directly south of the starting point of the Salmon Race in Seaside Cliffs. First, you must collect 15 Undersea Crabs. These crabs are found in the large rocky expanse outside the cave. Collecting them all spawns a king crab that you can talk to for the reward.


The Skeleton Key: Located in Sequoia Athenaeum in Tall Tall Heights. 3 books are required to enter (An upper entrance has npcs that provide hints to their locations). Unlocks any door that normally needs a key, and is also the only way to unlock the door on the second floor of the Luxury Shop.


Treasure Finder: Located in an Undersea Cavern underneath Tall Tall Heighs. Solve the 8 quiz questions to unlock the treasure room. Reveals locations of treasure chests on the minimap.


Fursuit: Can be acquired by collecting 10 Quintar Sheddings from around Quintar Reserve and crafting it at a Quintar Treehouse shop. Changes your character into a disturbing quintar. The 10th shedding is hard to find as it is located in a cave in the middle of the area.


Hand of Midas accessory: Acquired from the top of The Sequoia dungeon. Multiplies gold after battle by 2.5x. Requires Golden Quntar to access. Can also be accessed with only the royal salmon and the owl mount, by switching between the mounts midair to make extra long jumps.


Ultimate Armor Vendor: Located in Jade Cavern, accessible heading east along the waterway in Gran’s house. Requires Golden Quintar mount, and trades require 25 gold and the respective class mastery seal. Warning: you may want to farm the LP on those classes first since losing the class seals will increase your grinding time.

Stupid hyper-speed octopus: Southwest of Neptune Shrine (which is directly Southwest) If you manage to talk to it (from the front or side) it gives you a unique hat. If you wait a while above the west side of northern most underground root of the sequoia, you may see it. Warning: this is really annoying. A good location to wait for it is around here: 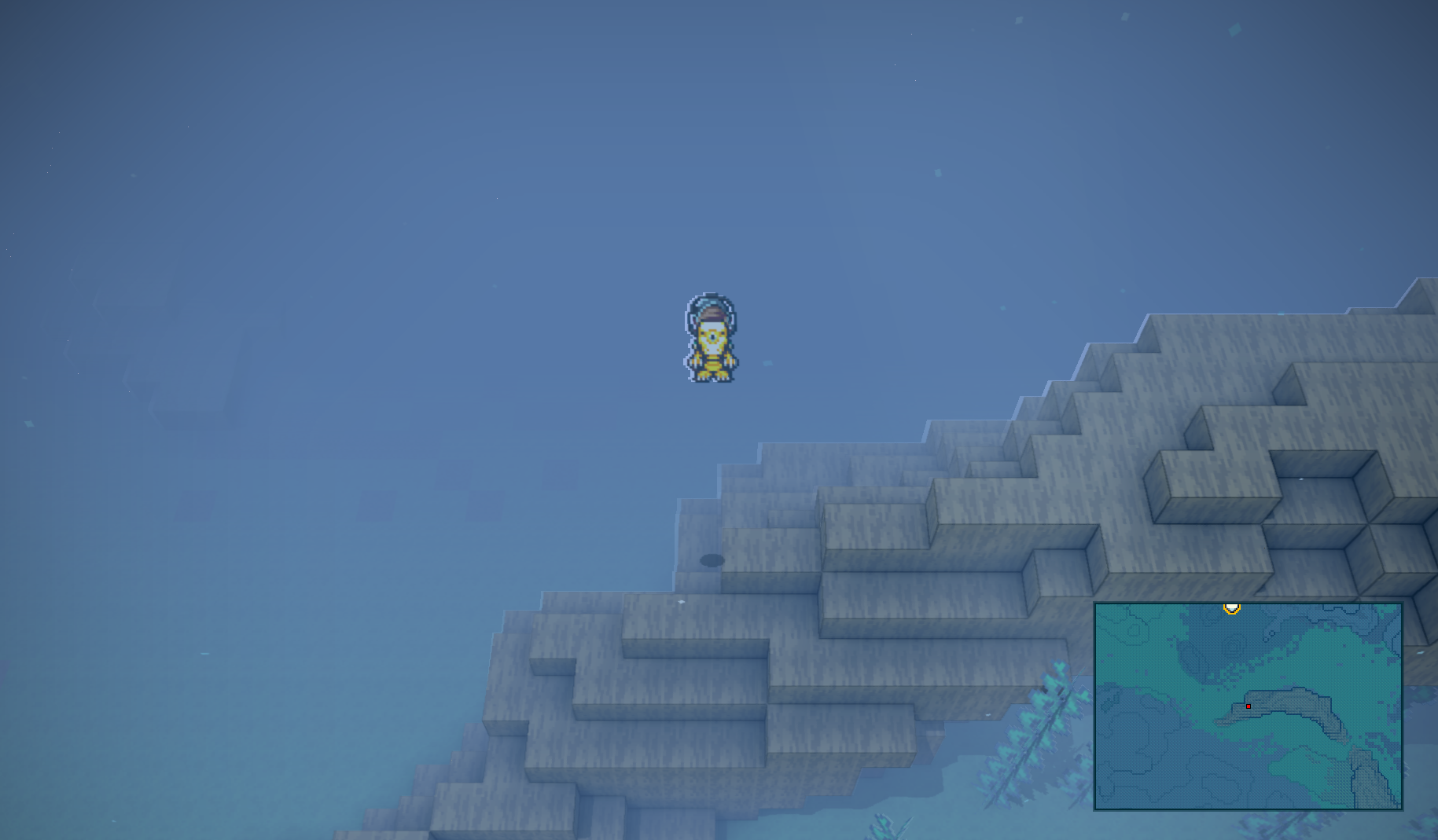 Enami (Sequoia Capital: in the southern moat under the bridge)

Hermetic (Tall Tall Heights: Pops in and out of the Snow near enemies just south of Sequia Athenaeum)

Rexosaur (Jidamba Tangle: Disguised as a regular encounter somewhere in the Tangle (I think restricted to the outdoor area). Unlike other bosses, this one respawns.

Undergrowth (Eastern Chasm: The Location of the 2nd quintar race. In the spike pit there is a hole with a patch of grass visible, the boss is located down there)

Anubis (Ancient Labyrinth: enter from a squiggly block near the top of the big cube in Poko Desert. Requires 3 ancient tablets from Salmon Bay to solve puzzles)

Dummy L?? (Capital: Kill all the other training dummies to unlock him)

Spirit Cage (The Sequoia: Requires Golden Quintar Mount, but can be also done with some dexterity and midair mount swapping)

The Peacekeeper (The Depths)

The Enforcer (The Depths)

The Devourer (The Depths: The boss most likely to murder your party)

The Old One (The Depths: In a small section isolated from the rest of The Depths)

Gabriel (The Depths: After killing the previous 5 bosses, head to the source of corruption in The Depths)

Periculum (The Old World: Plant the Dark seed that Gabriel drops; the grown monster drops the Old World Warpstone that takes you to the boss.)

Astley 2.0 (The New World: If you have the Proof of Merit that Periculum drops, you get some additional dialogue and can trigger a hard-mode version of this fight.)

I hope you enjoy the Guide we share about Crystal Project – Crystal Roundup + Location Overview Guide; if you think we forget to add or we should add more information, please let us know via commenting below! See you soon!