Got a great tribe of kids waiting to carve up your precious Kingdom? Yeah, Confederate Partition can be a pain. But with good planning your Primary Heir can inherit the whole lot uncontested. Here’s some options for offloading those unwanted successors.

How much does your Primary Heir really stand to Lose?

The number of titles lost on his/her succession to the throne is summarised in the game for you. Click on the green Crown icon, and hit the ‘Succession’ tab. You should see something like this: 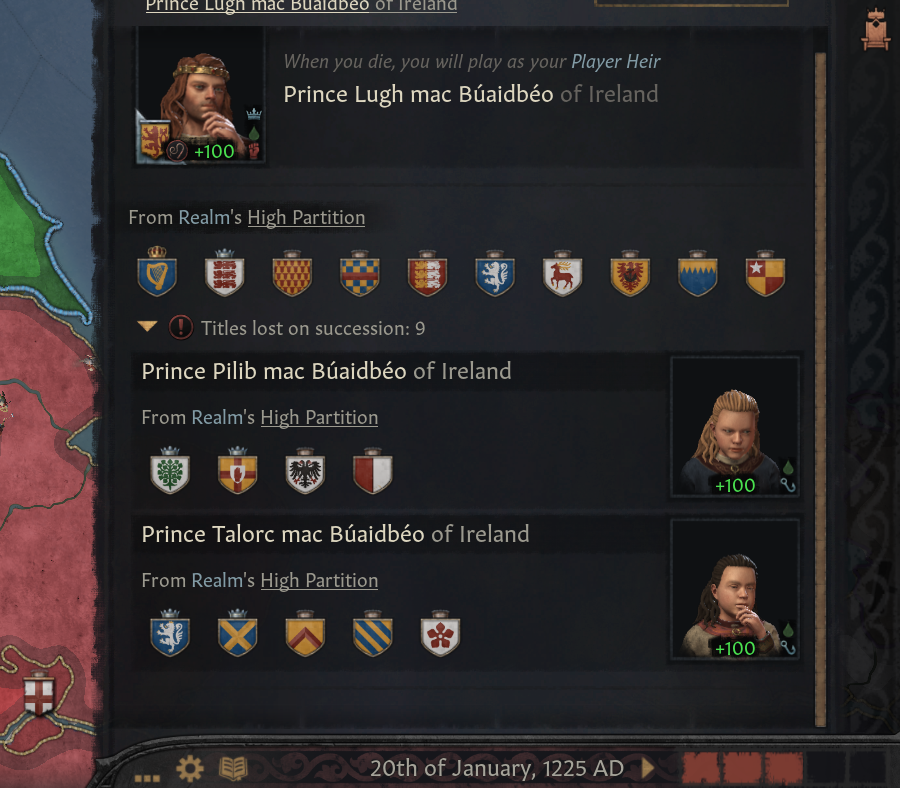 Summary of your main options

This is roughly the order of most-to-least preferred options (as I see it). Each has it own costs and benefits, which I’ll address further down below.

Right-click on the target and find this option under ‘Friendly Actions’ (friendly?)

Work in progress. But this I’ve learnt so far:

Right-click on the target to find this option under ‘Hostile Actions’.

The method here is to send the poor sap off to fight a war single-handedly. This can be dome after you ‘Forbid’ all other knights from combat. Then sub-dividing the army down to a minimum size before sending him off to battle – Don Quixote style.

First right-click on the target and select the ‘Imprison’ option under ‘Hostile Actions’. If successful, you can just callously have them executed via the Prisoners interface

Disinheritance is unpopular with some players due to its Renown cost, and the delay this causes to unlocking Dynasty Legacies. But in the long-term Disinheritance might be the better option anyway. It’s the only method that keeps the target alive and otherwise ‘in play’. This can be quite handy. Not only for retaining their skills and genetic traits, but also for the significant Renown bonuses supplied by maintaining a large dynasty with lots of title-holders. This in turn ought to accelerate your Dynasty Traditions anyway. 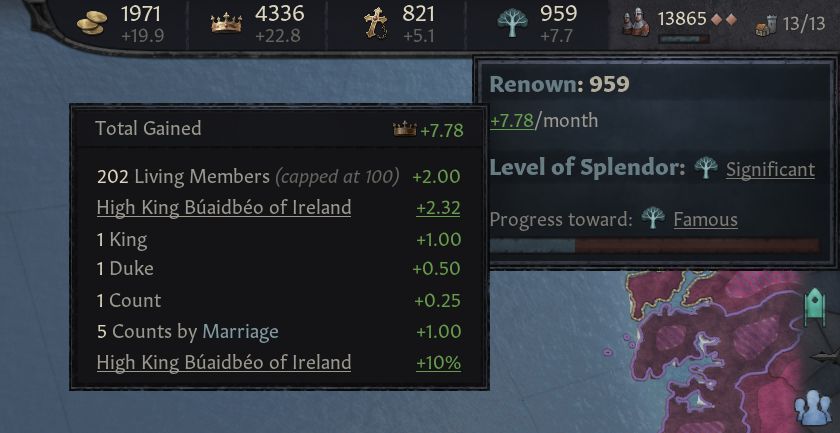 I hope you enjoy the Guide we share about Crusader Kings III – Shedding Unwanted Heirs; if you think we forget to add or we should add more information, please let us know via commenting below! See you soon!