This guide sets up the Real Rolfr de Normandie with land in Normandy and decent standing as depicted in the Vikings series on the History Channel.

You will need mods-enabled and have daddy pika’s cheat mod specifically to complete this guide. After you set every up, you can disable the mod like I do and enjoy the game.

Finding Rollo and giving him land.

Rollo can be found as an unlanded character in the court of the chieftan of Prandheimr. 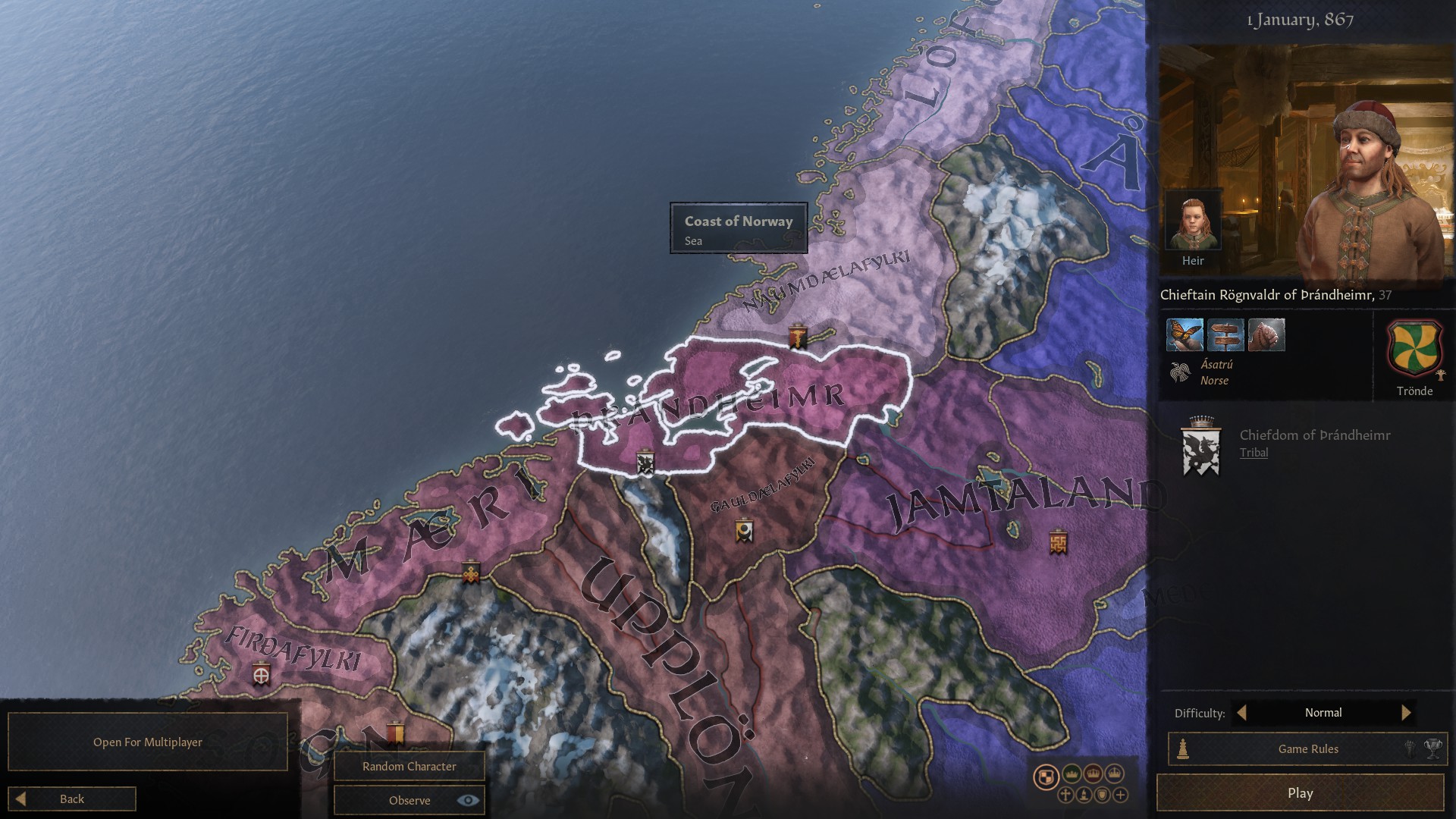 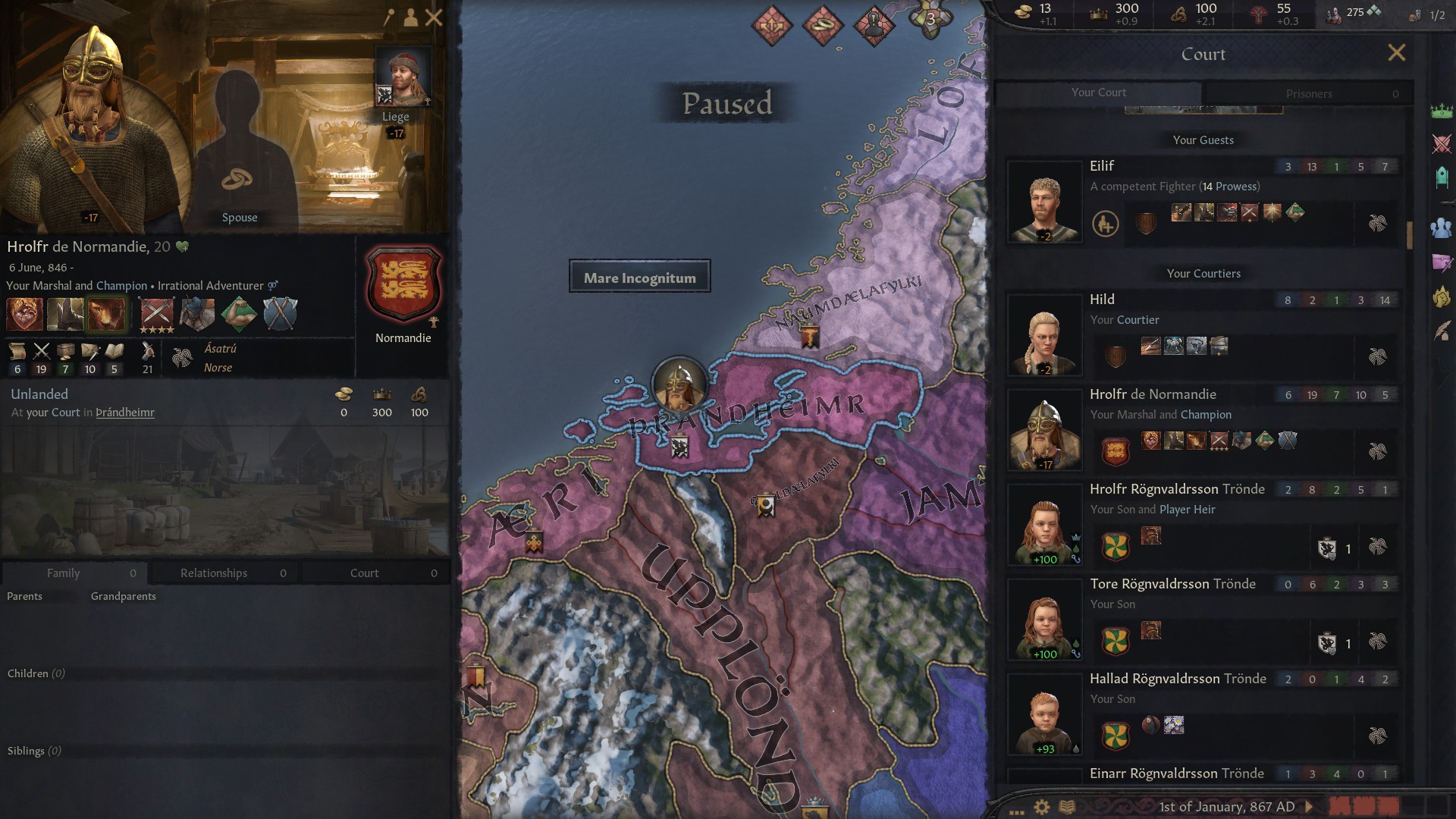 Be sure to set the game rules now, as you won’t change them later. Choose to play as the chieftan of Prandheimr. Using the mod “Daddy pika’s cheat menu,” you can take the titles you need. Go to Rouen and Evreux counties in France. Use the mod to “Take titles” from Count Renaud by right-clicking on the character and navigating the menu to the take title page. You will need to take one title at a time. 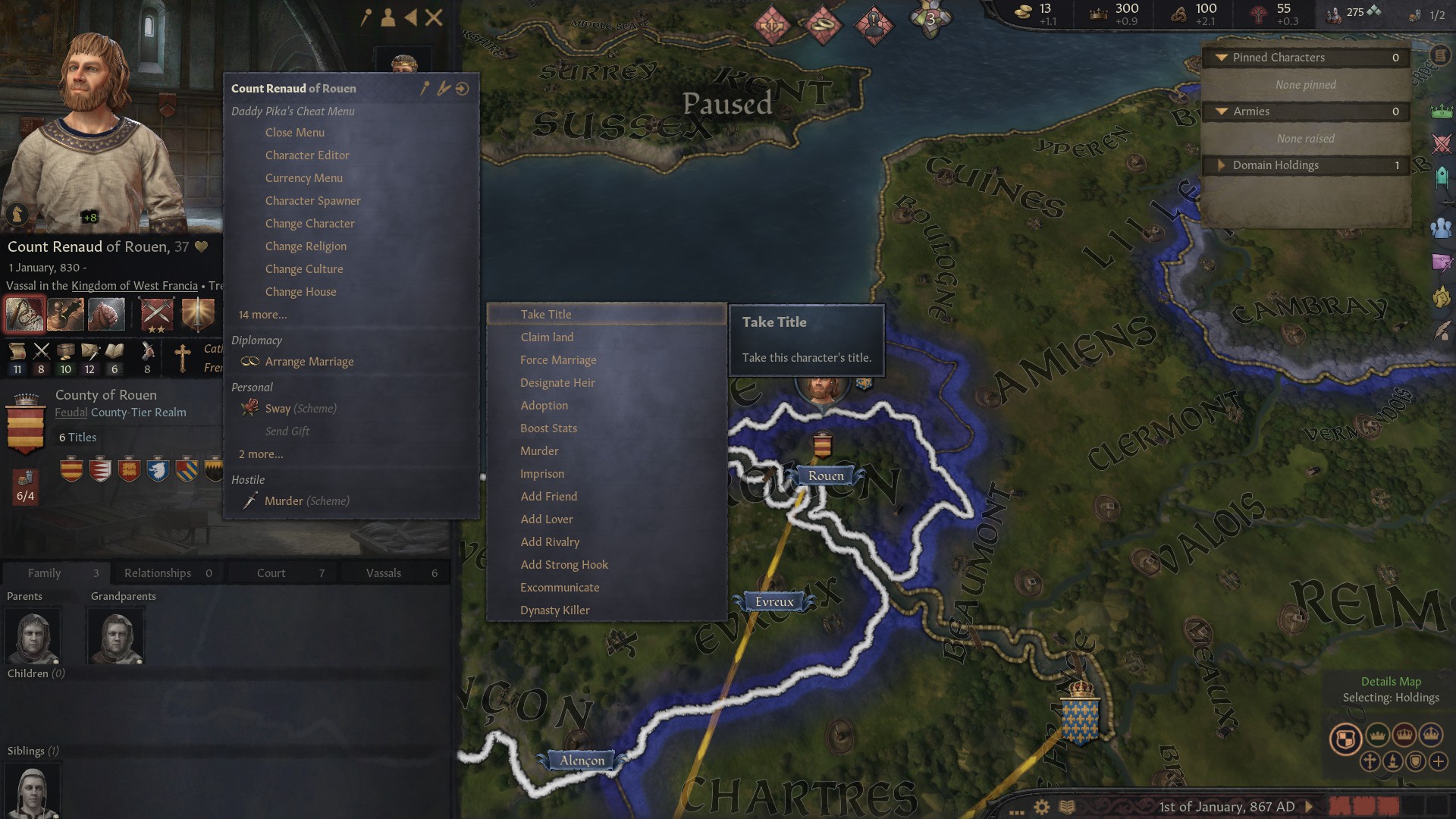 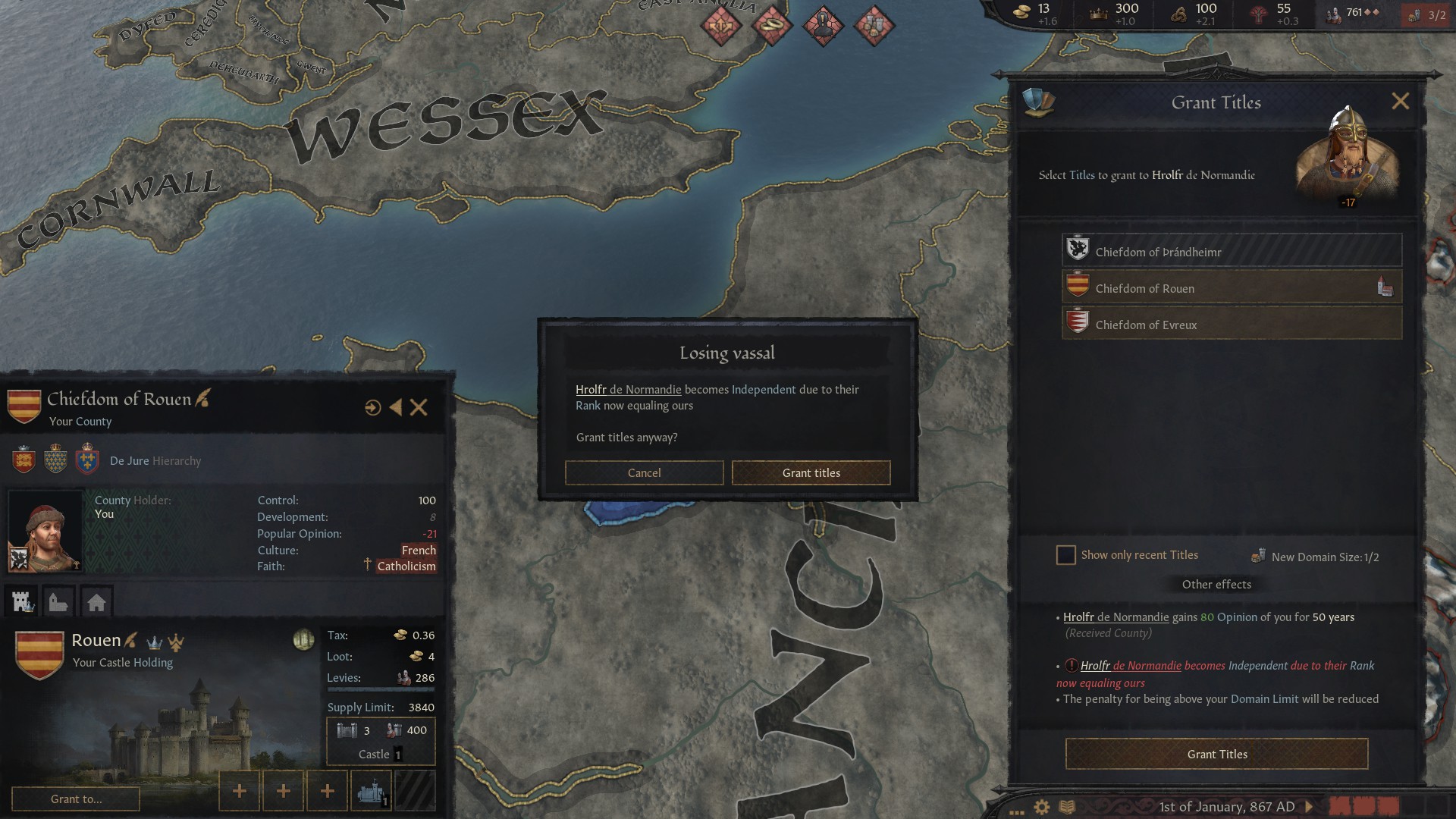 Now a piece of France belongs to Prandheimr. Grant both counties to Rolfr de Normandie. He will become independent, which is good. Go to the pause menu screen and switch character. Choose Rollo.

Setting Rollo up for greatness!

So now we are Rollo. Yay. But he is currently an individual count, with 2 counties, surrounded by Catholics, no allies, no heirs. If you want to play the game this way and die, that is up to you; stop the guide here, but I will continue to set up Rollo historically-ish.

First things first, let’s edit Rollo with the necessary changes. Change how he looks in the barbershop to look French or a Norse heathen; it’s up to you. Change his religion using the mod, to Catholicism. 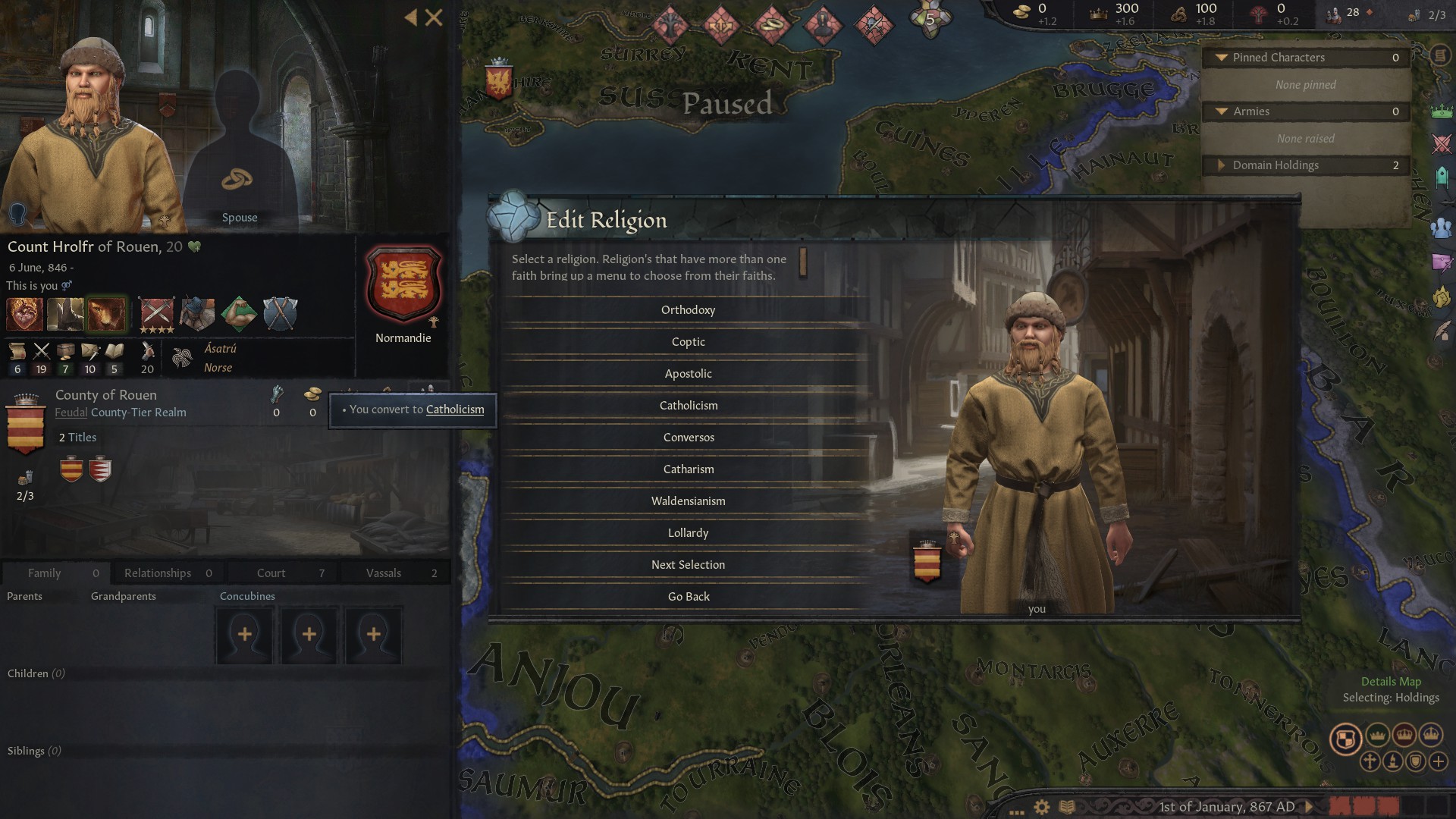 That’s it. From here, you can edit what you want about him. I personally only give him congenital traits of intelligent, herculean, handsome, and giant. This gives him excellent traits to start his dynasty, and gives you the game decided to make your dynasty have “strong blood,” which makes it more likely to inherit good traits, and gives Rollo the nickname ‘Blood Father.’ From here, I also give him 300 gold and 300 piety to match his prestige by using the “edit currency menu,” which can be accessed by right-clicking on Rollo.

Second, we now need to fix his political situation. Right-click on the King of France, and use the mod menu to “Force marriage.” I choose Gisele, then edit her congenital traits to pretty and intelligent so that Rollo’s chad traits are more likely to be passed down. The most important being intelligent. 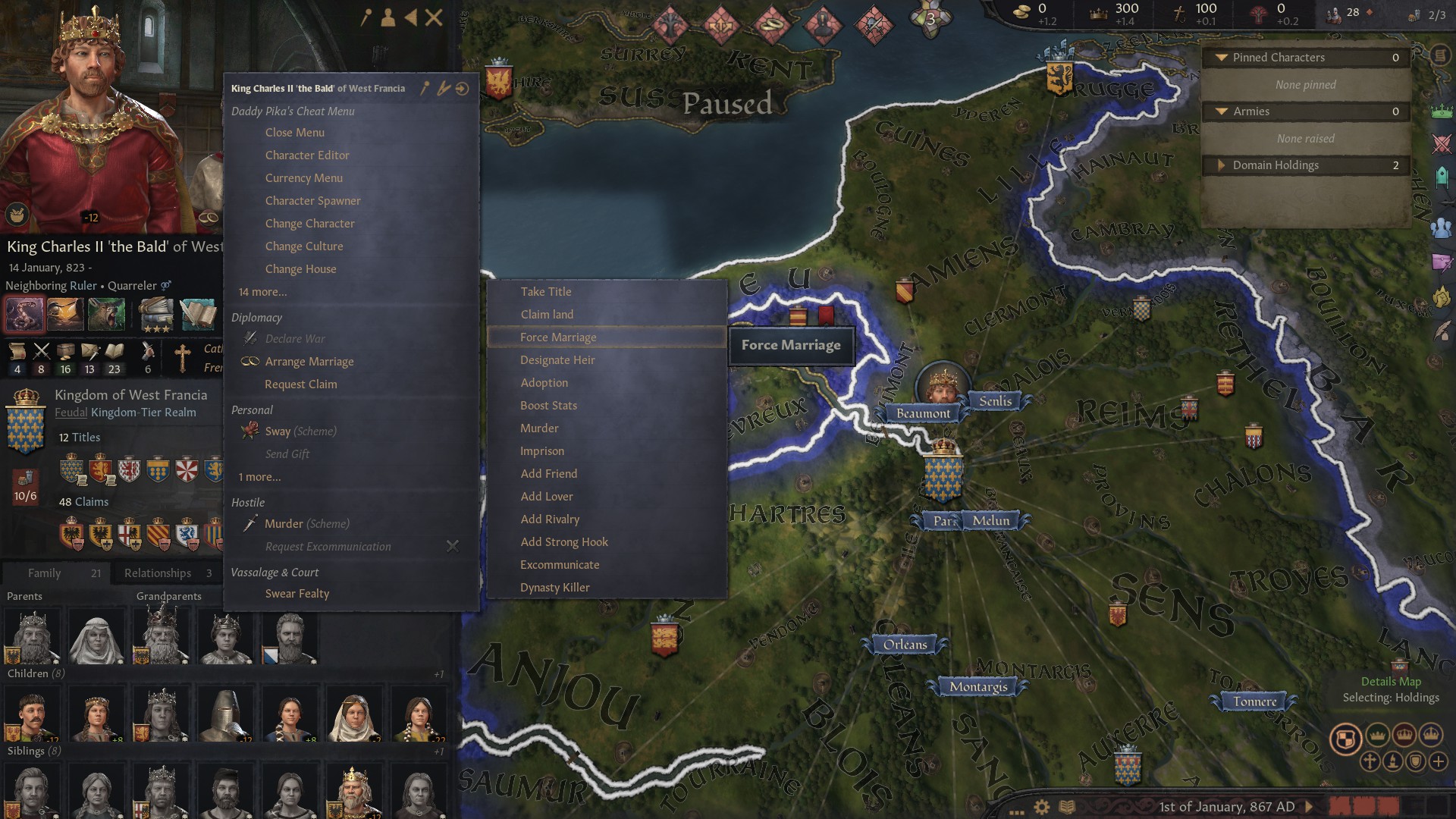 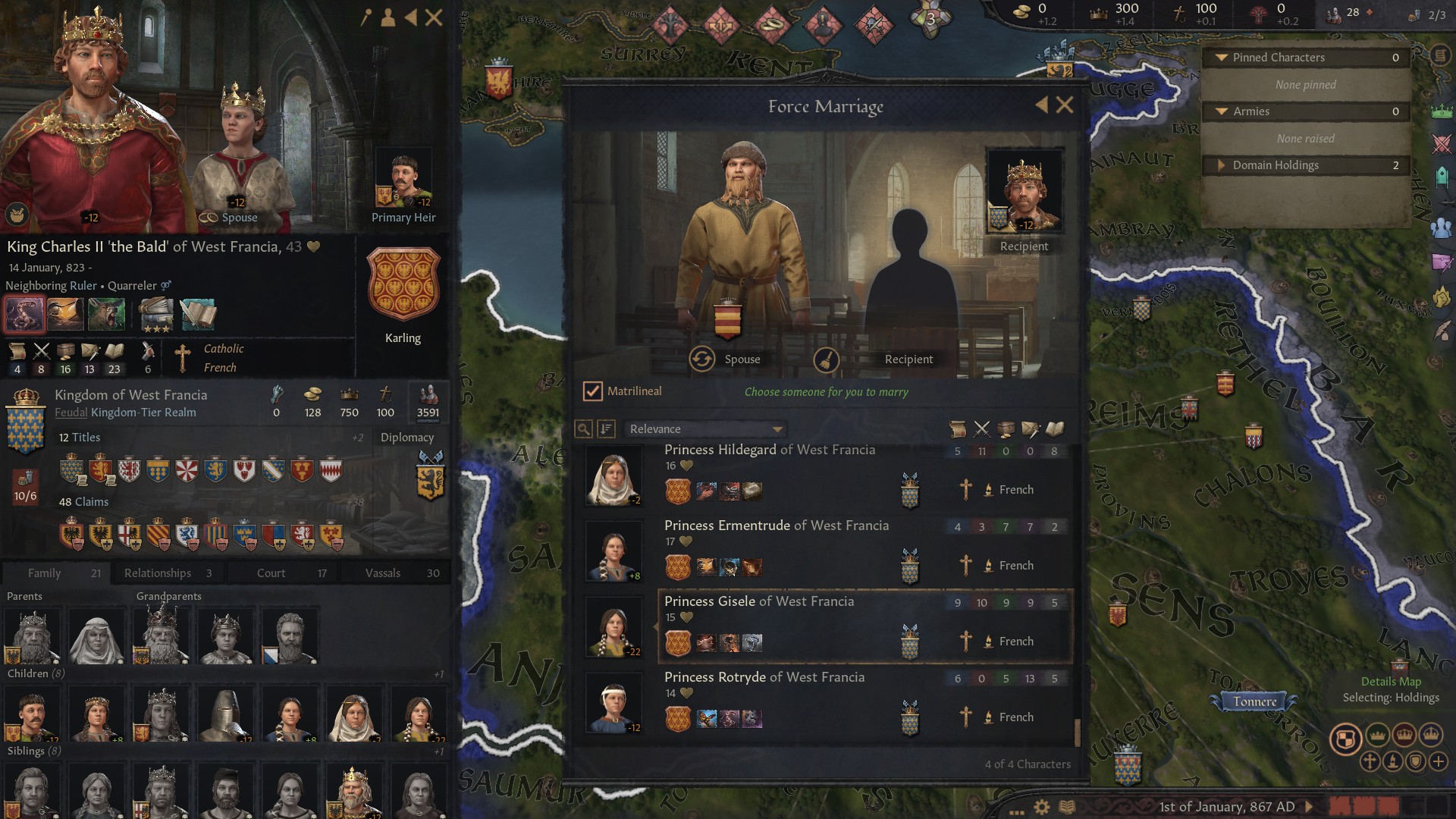 I then take the title of Duke of Neustria from the current Duke, who can be found in the county of Maine. This makes you Duke and gives you 2 vassals. 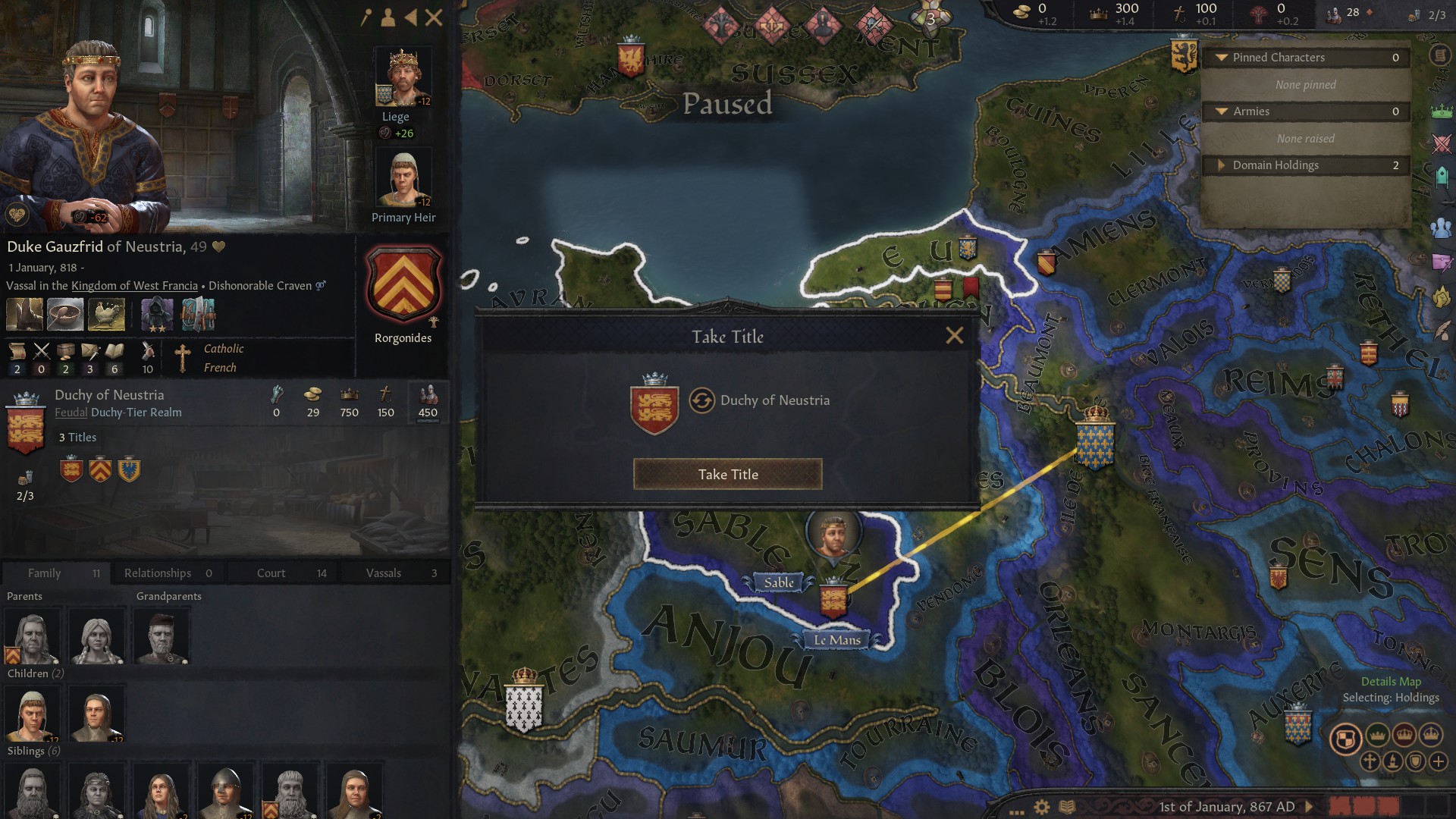 Lastly, it would help if you used the regular game options to “swear fealty” to King Charles the bald. Right-click on the King, and “swear fealty” will be on the very bottom of the window that opens. This sets you up as Duke of Neustria, 2 counties, 2 vassals, awesome traits, a diplomatic wife of good stock, and you can establish the norman culture right out of the gate.

If you want more of a challenge, do NOT take the Duke title of Neustria, but do all other instructions. This will mean that you have to FIGHT to become the Duke and establish the Norman culture. Shortly after swearing fealty, the king will make you the vassal of the duke of Neustria, which makes the challenge even harder.

You can establish yourself in France or pursue history and become Rolfr the Conquerer of England! Enjoy!

This is all about Crusader Kings III – How to play as the Real Rollo; I hope you enjoy reading the Guide! If you feel like we should add more information or we forget/mistake, please let us know via commenting below, and thanks! See you soon!