Overview of the quests, requirements for quests, consequences of decisions to companions.

Disclaimer
The information in the guide belong to version: early access revision 33909.
The quests might change in the future. There may be more side effects, consequences and even other quests at all.
Very likely I missed something or in some case the information is not correct.
Anyway it should give you some clues if you stuck in the game.

Quest and decisions
In each quest you have to make one or more decisions. Each decision has some impact on the game. It can be a requirement for further quests and it can affect your relationship status to your companions.
This guide will show all quests with all available decision and their consequences.
(The quests are not explained in detail here, only the consequences and the "order" of quests are shown.)

Bugs:
There are still some bugs regarding the quests or the timetunnel:

Quest lines
There are several lines of quest. Each line is (nearly) independend on the other lines. But in each line the quests follow each other in some way:

How to read the diagrams?

In the diagrams the following formattings are used
Quests 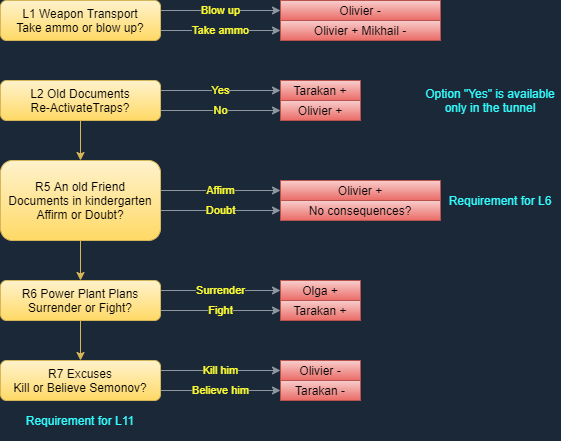 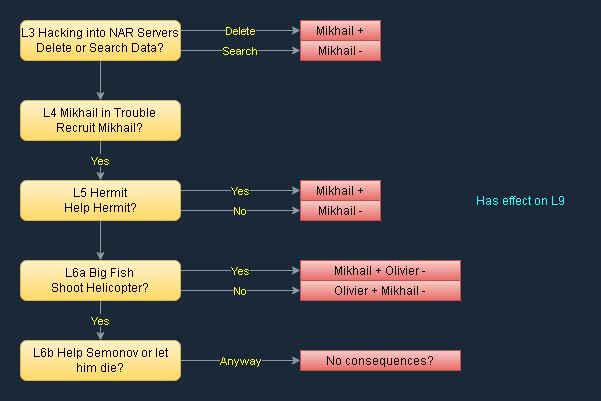 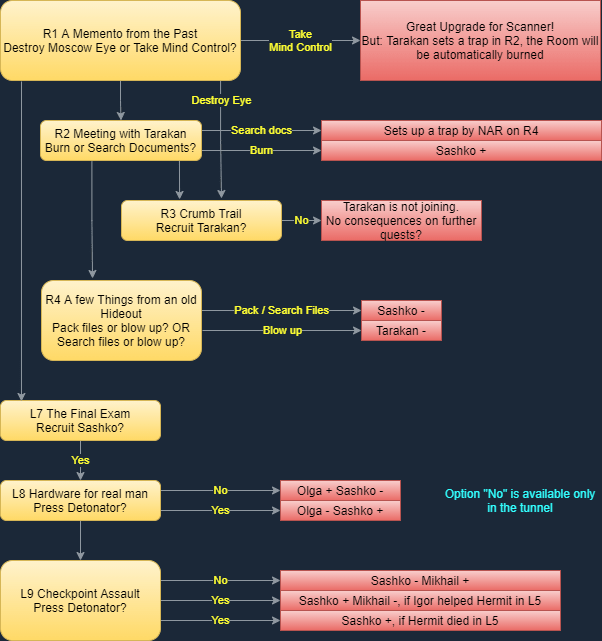 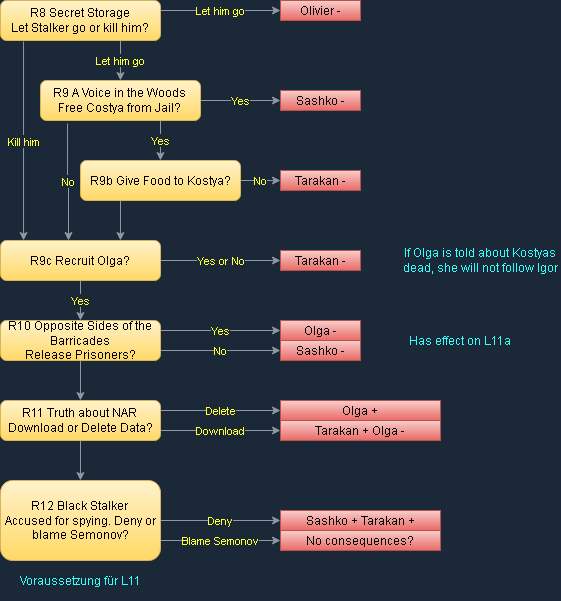 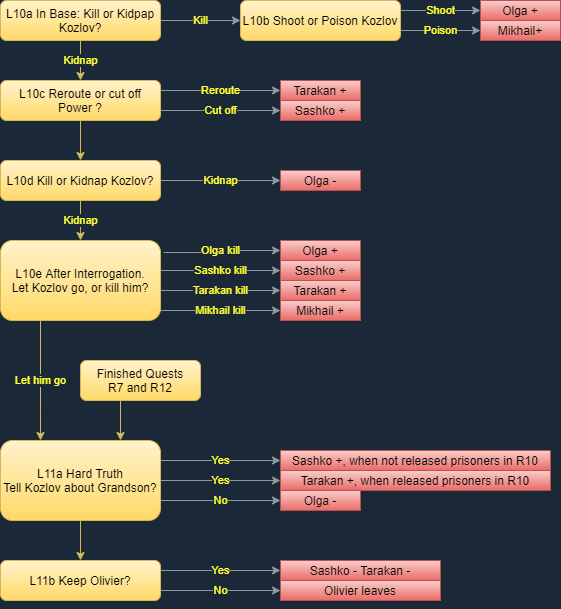 Hope you enjoy the Guide about Chernobylite – Quests and their Consequences, if you think we should add extra information or forget something, please let us know via comment below, and we will do our best to fix or update as soon as possible!