A basic guide for people trading in their jets for dragons.

Welcome to Century Age of Ashes! Where the jets are dragons, the missiles are fire balls, and where you can no longer do a barrel roll. Yes, there are a lot of differences from any good Ace Combat game, but hopefully after this bad guide you’ll be a bit more prepared for them.

The tutorial does a very good job of introducing new players to the game, so this guide focuses more so on the information not in the tutorial or other guides.

Unlike Ace Combat, Century allows you to play with a keyboard and mouse if you prefer a bad time. The controller controls are pretty similar, but the way they’re often used by players is different.

Braking
Brake by tapping the left trigger, emphasis on the tap. The brakes in this game are much much better than even the most upgraded air brake on any jet. You do not want to hold down the trigger for any length of time, as this makes you stop in mid air and makes you a sitting duck. Most players seem to just tap the brake only to make a quick turn, such as avoiding a fire ball or trying to not fly into a wall. They then immediately accelerate away in the new direction.

Accelerating
To accelerate, pull the right trigger. As with the brakes, this works very well and immediately boosts you up to top speed. Holding the trigger down doesn’t make you go any faster, though it’s still a habit that’s hard to break. The main thing to worry about here is your stamina. There are 4 diamonds at the bottom of your screen representing your stamina, and each time you boost back up to top speed you use one of them. These are easily recharged though, to a point where I have honestly never fallen below 2 diamonds left in a single match, and this is after quite a few matches. Stamina is recharged by flying over glowing strips in the water or glowing cracks in the ground. These are literally all over the map, and are placed in any spot where it’s likely there will be a dog fight so they have made this mechanic something you just don’t need to worry about.

Maneuvering
This is where the biggest differences are. All fancy flying, such as barrel rolls, flips, or inversions are not possible. You cannot bank your dragon more than 90 degrees, presumably to keep the realism that your rider would fall off a anything more extreme. As this eliminated all of the fancy maneuvers I’d do to evade missiles/fireballs, I had to learn a completely new way to fly. Basically, use your environment as much as you can by flying close to walls while turning, and fling through arches is the best thing you can possibly do in any situation. This kind of flying seems to be encouraged by the game developers, as this will almost always put you right over those glowing stamina power up strips on the ground.

Attacking
Each dragon has 4 attacks, the fireball, the flame breath, and 2 more based on the class chosen. The fireball acts like a missile, one large but dodge-able explosive that does a great deal of damage. The flame breath is more like machine gun fire, does a steady amount of damage and is better in close quarters but doesn’t do the damage of a fireball. Personally, I mostly use the fireball and save the flame breath for close dog fighting or when I have an opponent on my tail and I am turning to confront them. The other 2 attacks will be covered in the classes section. 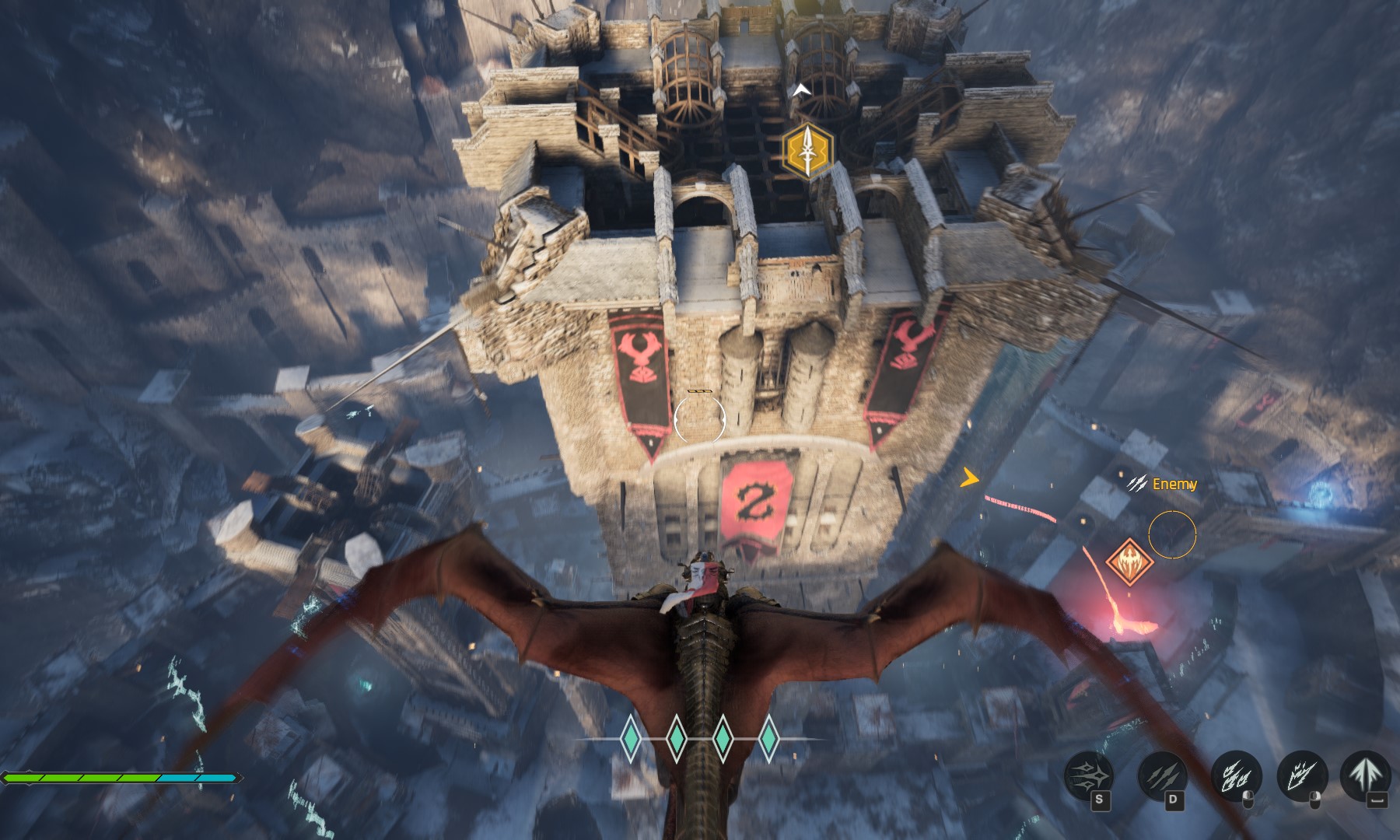 The three basic classes are Marauder, Wind Guard, and Phantom; though it looks like more will be coming soon. Overall, there is no difference between the classes than their abilities. No one class has a faster or more powerful dragon, and in fact the only differences between the dragons or riders seems to be ascetics at this time.

Marauder
The Marauder is a class based on doing as much damage as possible, especially if you choose Frost Bolts as your second ability. The primary ability of Hunters Mark makes tracking an enemy and harassing them out of existence easy and the secondary ability of Gust makes you temporarily untouchable while you finish them off. Meanwhile, Frost Bolts can take out a quarter to a third of an opponent’s health and is great against Berserk enemies. Overall, I think of this class as the ADC or Heavy of the game. 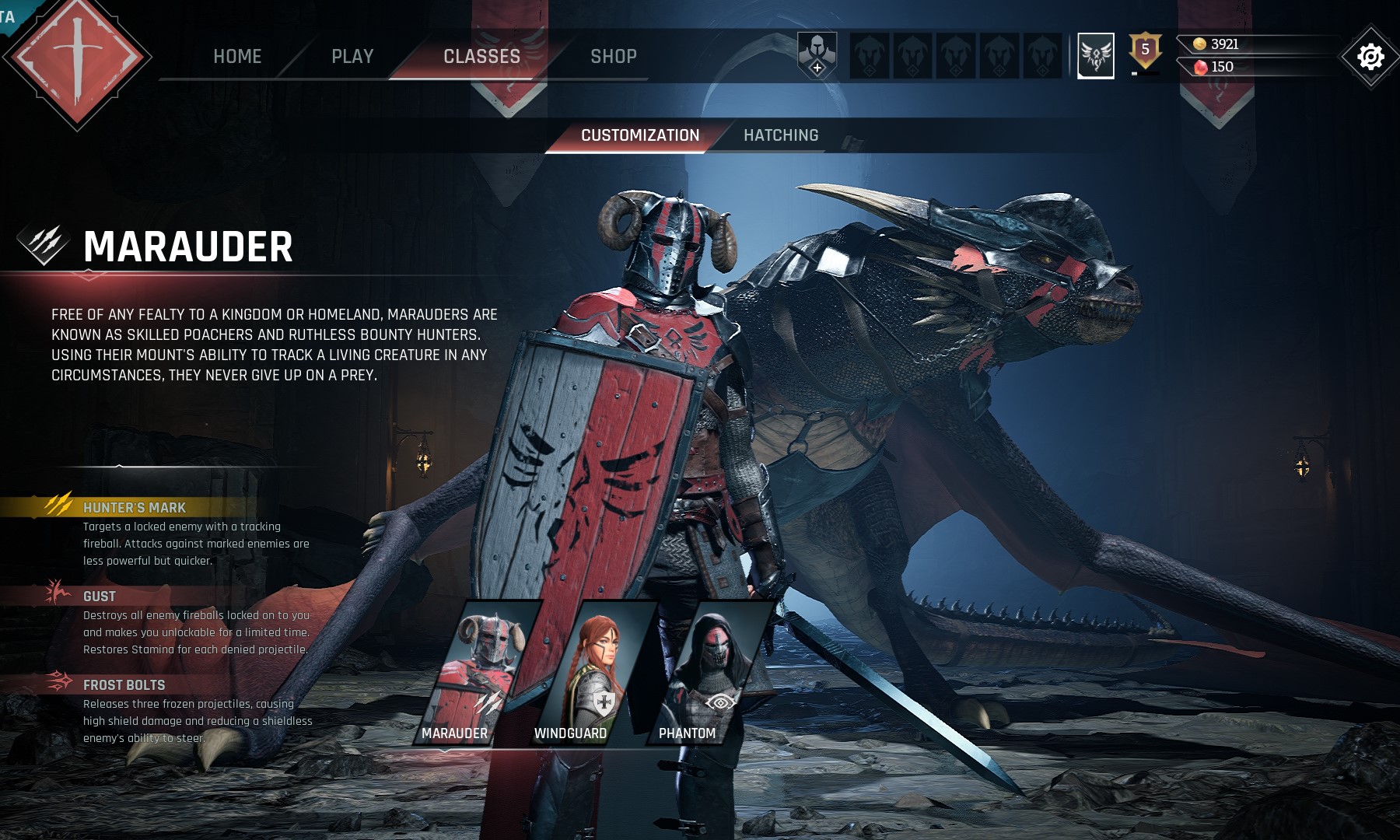 Wind Guard
The Wind Guard (or Windguard) is the closest thing the game has to a support class, and provides the only healing in the game. The primary ability of Salvation Surge rushes you to an ally’s side and heals them a little bit, and this combined with Smoke Trail can help an ally in desperate need. Meanwhile, the ability Blast is a pretty good offensive counter; launching an exploding projectile that can stun enemies. 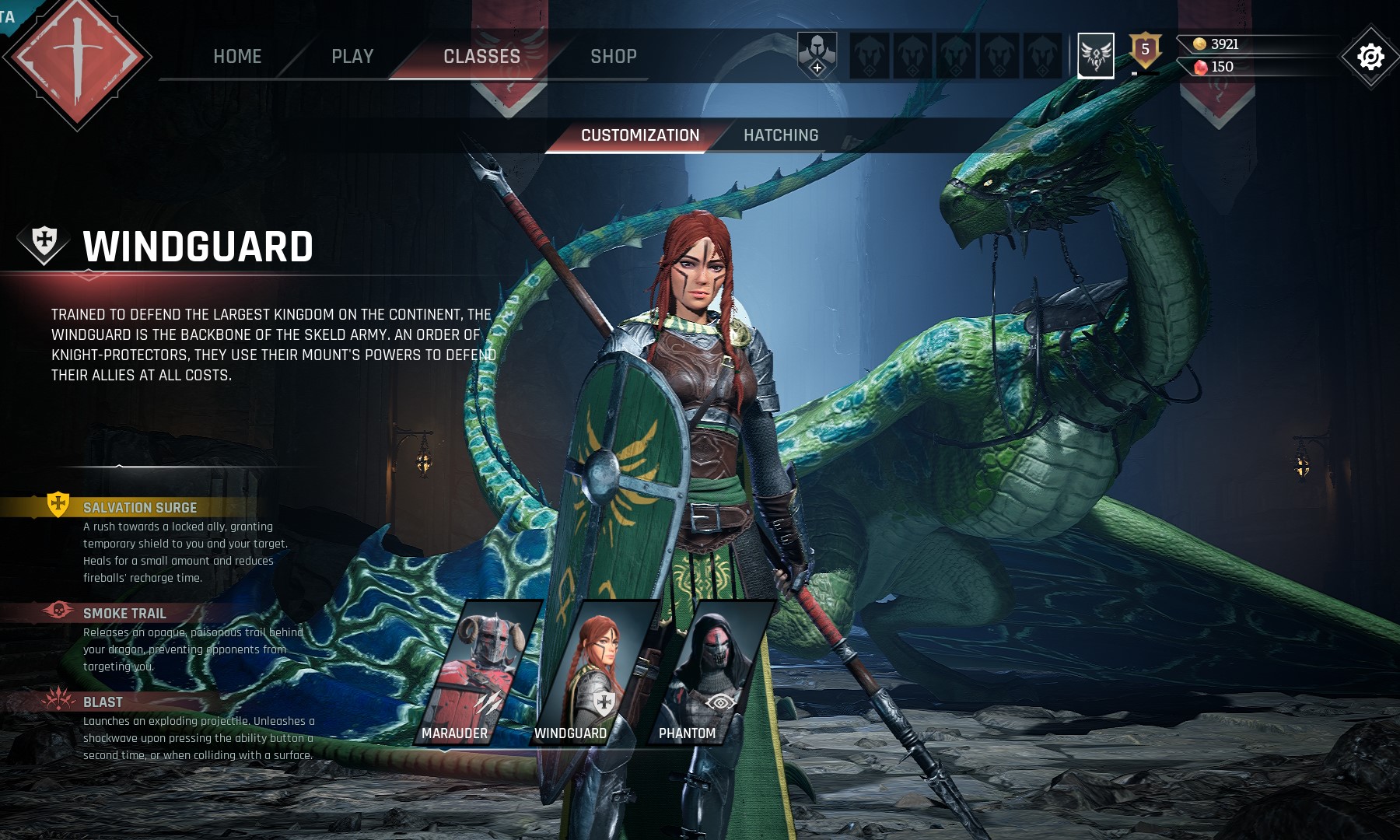 Phantom
In my experience Phantom can be summed up as the rouge or ninja class who pops out of the shadows to do a devastating blow and then runs away. Their Mystic Shroud hides them from sight and makes their next fireball more powerful, and this combined with either Blast or Mine means the best play for these guys is to get a couple shots off and then run and hide. 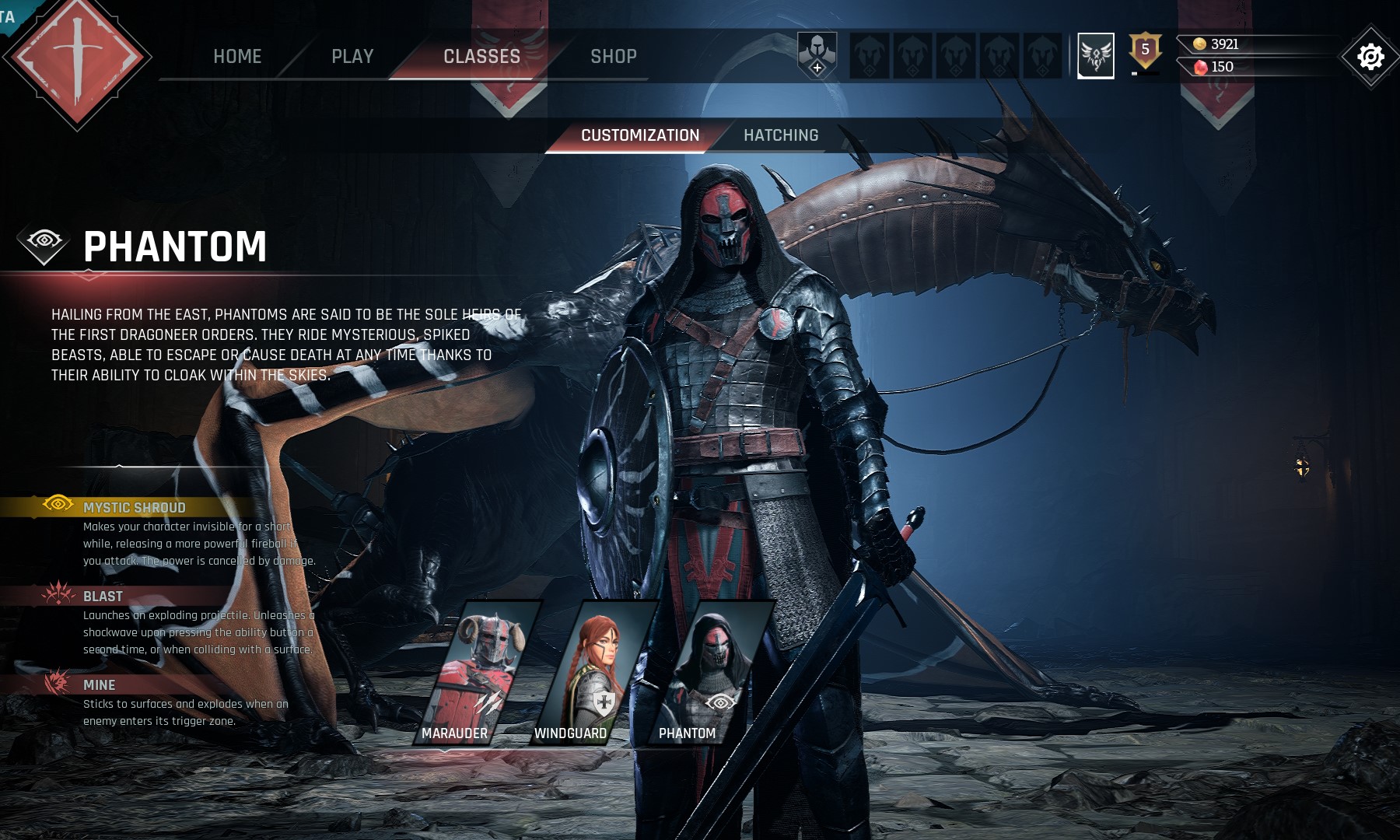 Hope you enjoy the Guide about Century Playtest – Century Guide for Ace Combat Players, if you think we should add extra information or forget something, please let us know via comment below, and we will do our best to fix or update as soon as possible!