I was notified that the 2k Launcher update had broken this game so I decided to help and show you how to get it running again without the launcher files. It's ridiculously simple.

2K surprised everyone in 2022 with a new Bioshock update. What was the update? What new content? Bug fixes? Are there any updates to credits? Nope. They also added their own game launcher to it. It's not clear why they would do this.


It is already frustrating enough that a new launcher was added to every major studio wanting to control how much they make from their games. But what is more disturbing is that when you try to launch the game using the Steam launcher, it says that LauncherPatcher.exe is missing. This makes the game virtually unplayable.


Why is this? This is because the update actually contains NONE OF the 2K launcher file. Seriously. It's not empty, but there's a new folder called "2KLauncher" in the installation path. How could they have done that? !


There is an easy way to fix this, but it's a bit less convenient than the traditional method of launching Steam Games.


(Seriously, HOW COULD THIS HAPPEN? !) 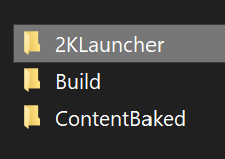 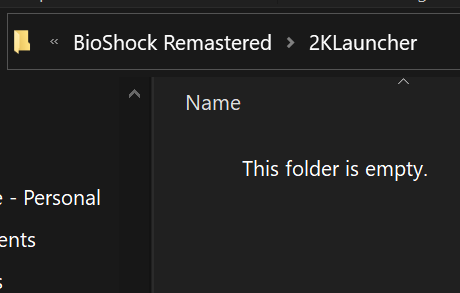 The bottom line is that you must run the game exe file directly from Windows, not through Steam. If you know how to do it, you are good to go. Here's what everyone else needs to do.

You can find a game's files usually by going to "C:\Program Files (x86 – \Steam\steamapps\common" and finding a folder with the game's name. There are easy ways to access files if your game is installed in another location, such as on an external or secondary drive.

Steam allows you to go into your games list and right-click the game. Hover over the Manage option, then click the Browse local files button. The option should look something like the image to the right. 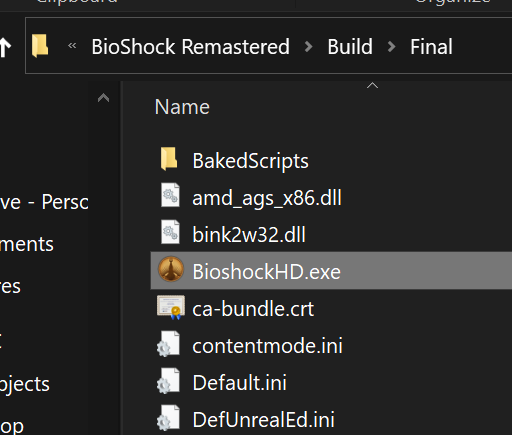 Once we have located the game files, the main executable (exe)) must be downloaded. The file is located under Build\Final\BioshockHD.exe (right).


It is possible to run it directly from this location and it should work fine. However, we can make it even more convenient by creating a desktop shortcut.

Right-click on the Final folder and drag BioshockHD.exe to your desktop. This will display a list of options. Click "Create shortcuts" to rename the shortcut to "Bioshock HD.exe".

Seriously. You're done. You can now run the shortcut while Steam is running.

I did something stupid while creating this guide. I thought I could get around the LauncherPatcher.exe issue by simply putting a dummy executable into the 2KLauncher directory.


This did not work.


It seems that the game expects a particular file in that location. If it isn't, the game crashes. This could be solved by simply finding and using the official 2K Launcher file… but why would anyone need them on their computer? This is a more efficient way to launch the game than having another launcher installed.


Anyway, I hope that this guide helps anyone else who has been experiencing this issue.

Hope you enjoy the Guide about BioShock Remastered – How to Bypass Missing LauncherPatcher.exe, if you think we should add extra information or forget something, please let us know via comment below, and we will do our best to fix or update as soon as possible!