Yellowstone map guide, dead bodies, loot locations and general guide on how to play the map

What you’ve probably all come for this is the map with everything including dead body locations. 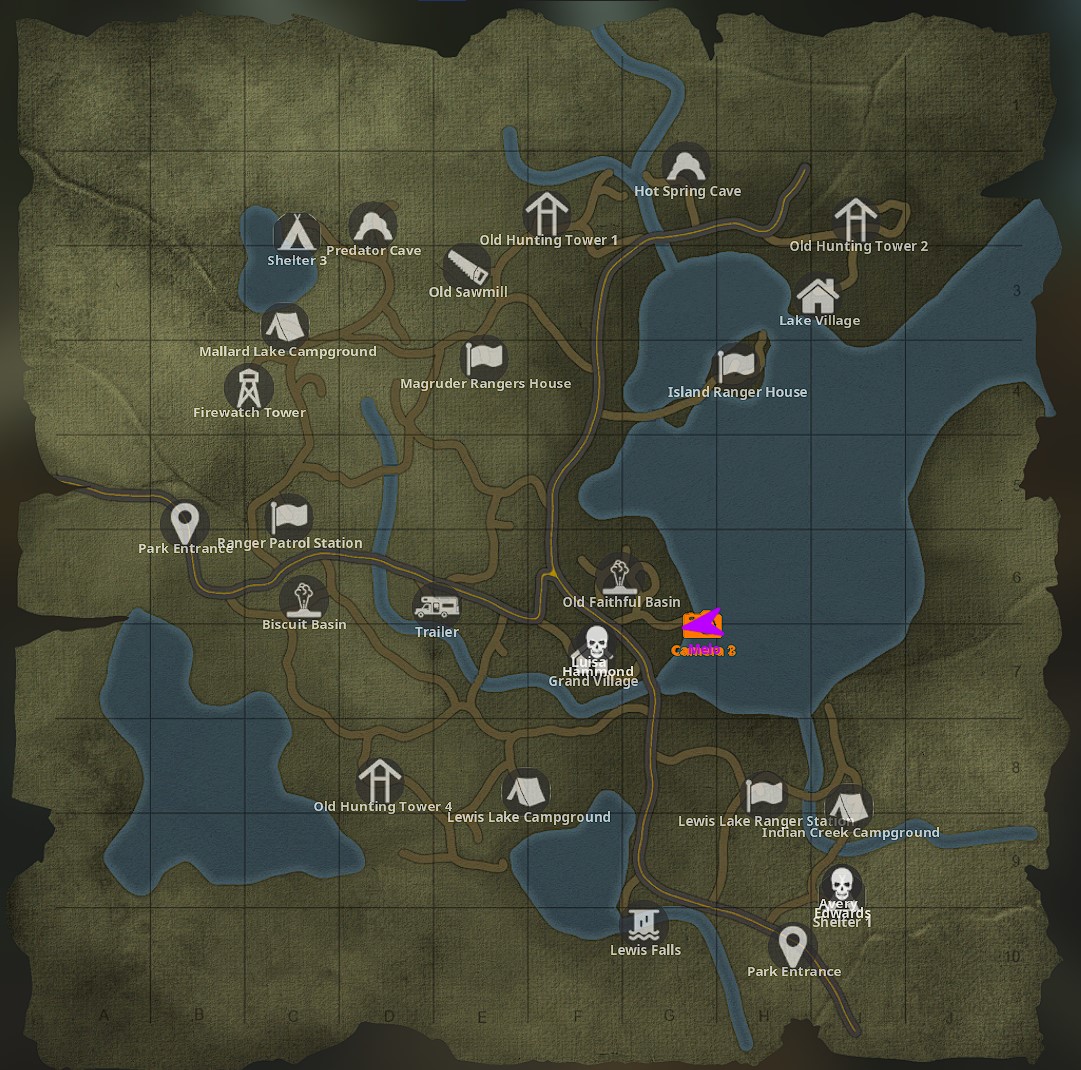 As seen above the dead bodies are at grand village and the second at the bottom right shelter, for this map theres only two to find for the achievement i highly recommend going for it as its the easiest to do.

For this section ill go over the different tactics for looting, first ill go over solo in my previous one i suggested to go and get the full auto rifle and for this one i feel the same it is the best weapon to have its located at the park ranger house at bottom right 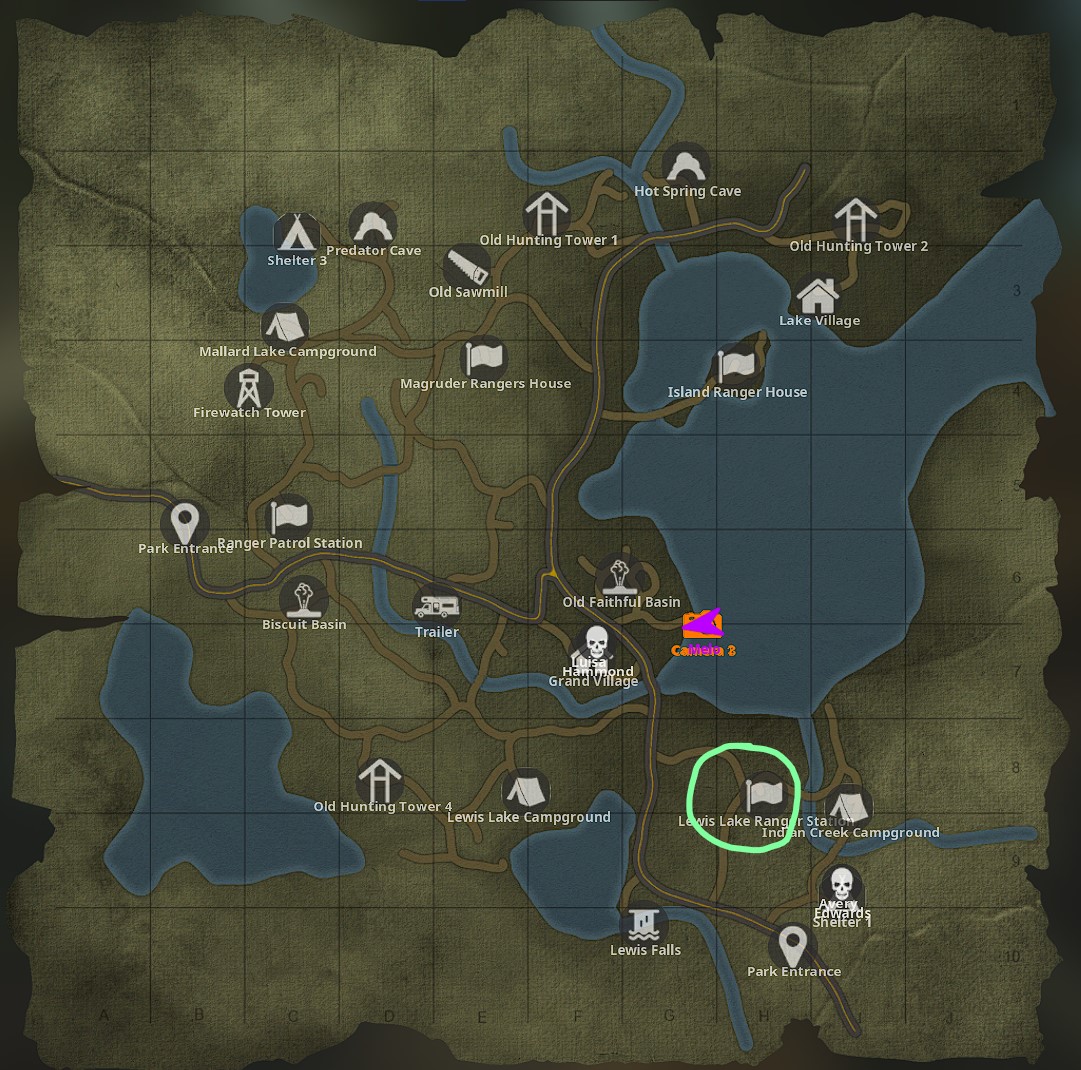 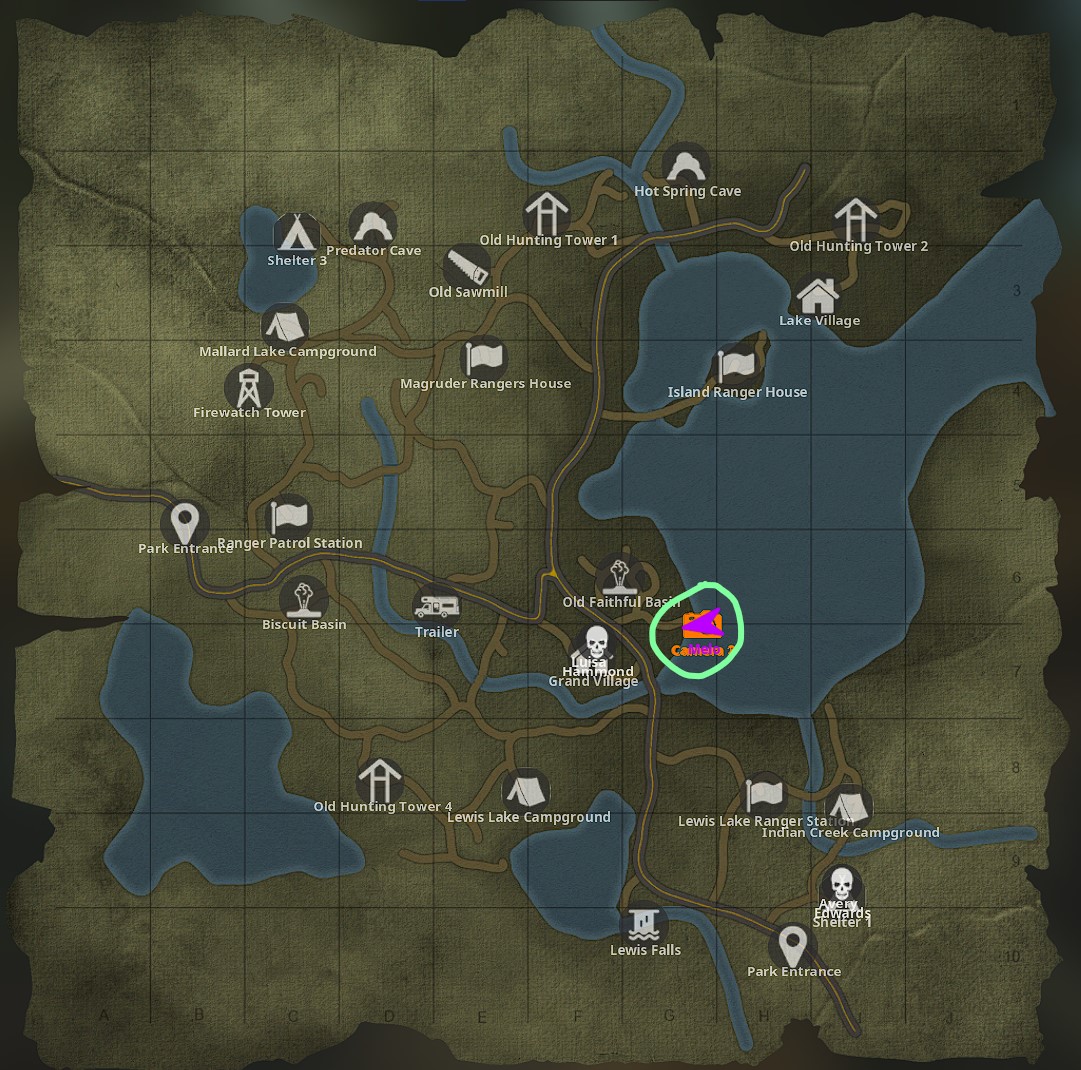 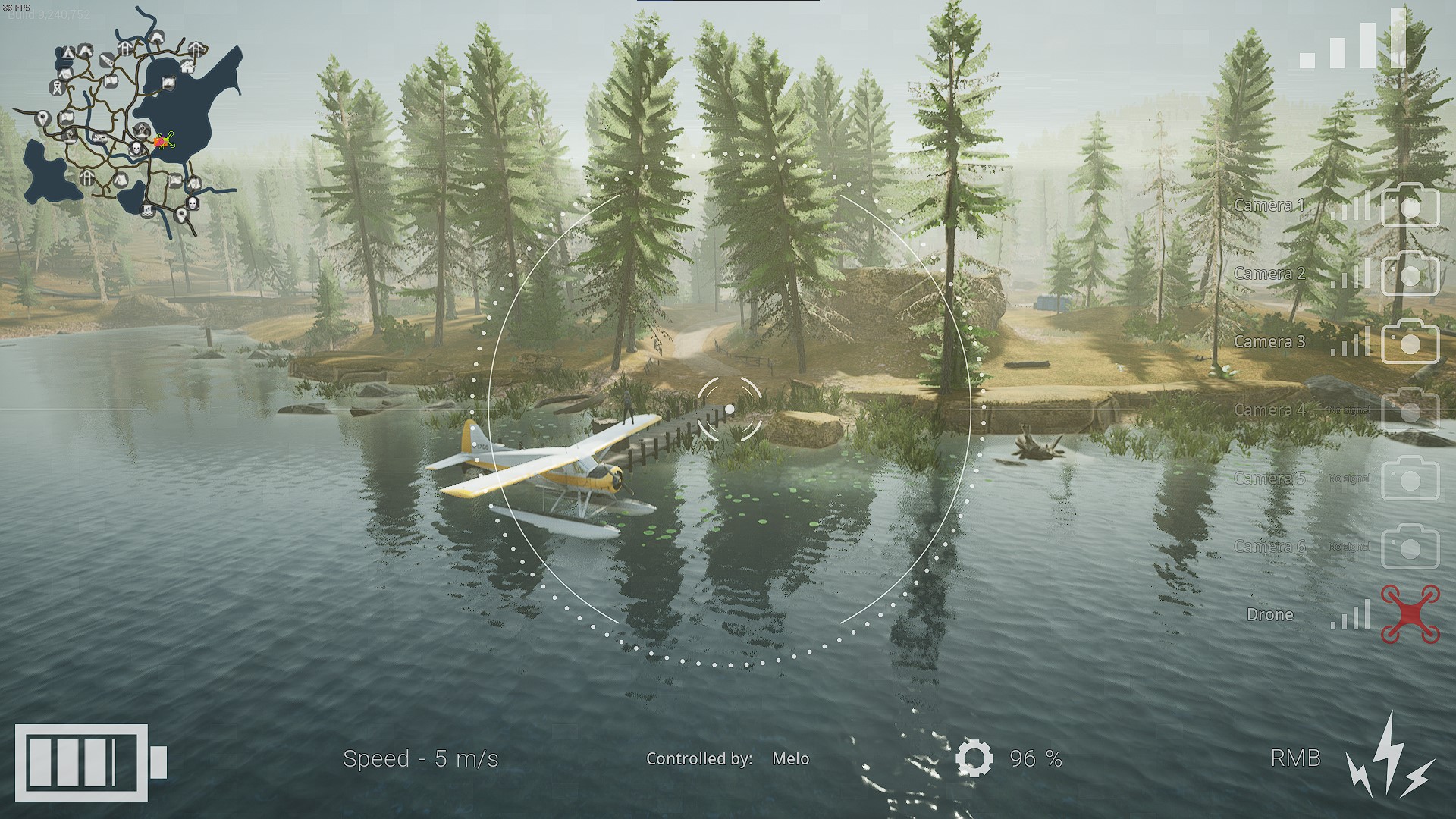 seen here with the drone this place is perfect for solos if you loot up enough during the day and come back here during nights you should get easy wins.

Now for more than one players its important for everyone to get a gun so i would suggest one person get the full auto rifle and another go loot houses as some spawn in shotguns the method of going ontop the plane is still a good way for players to get easy wins.

For code spawns theyre still randomised so its down to luck if they spawn in the house with the vault however if you look around the locations in that general area nine times out of ten you’ll find the code.

Now ive told you where to go im going to tell you where to stay away from, Now in the previous map the watchtower was a very good place to go however in this one stay clear as there is no sniper spawn up there 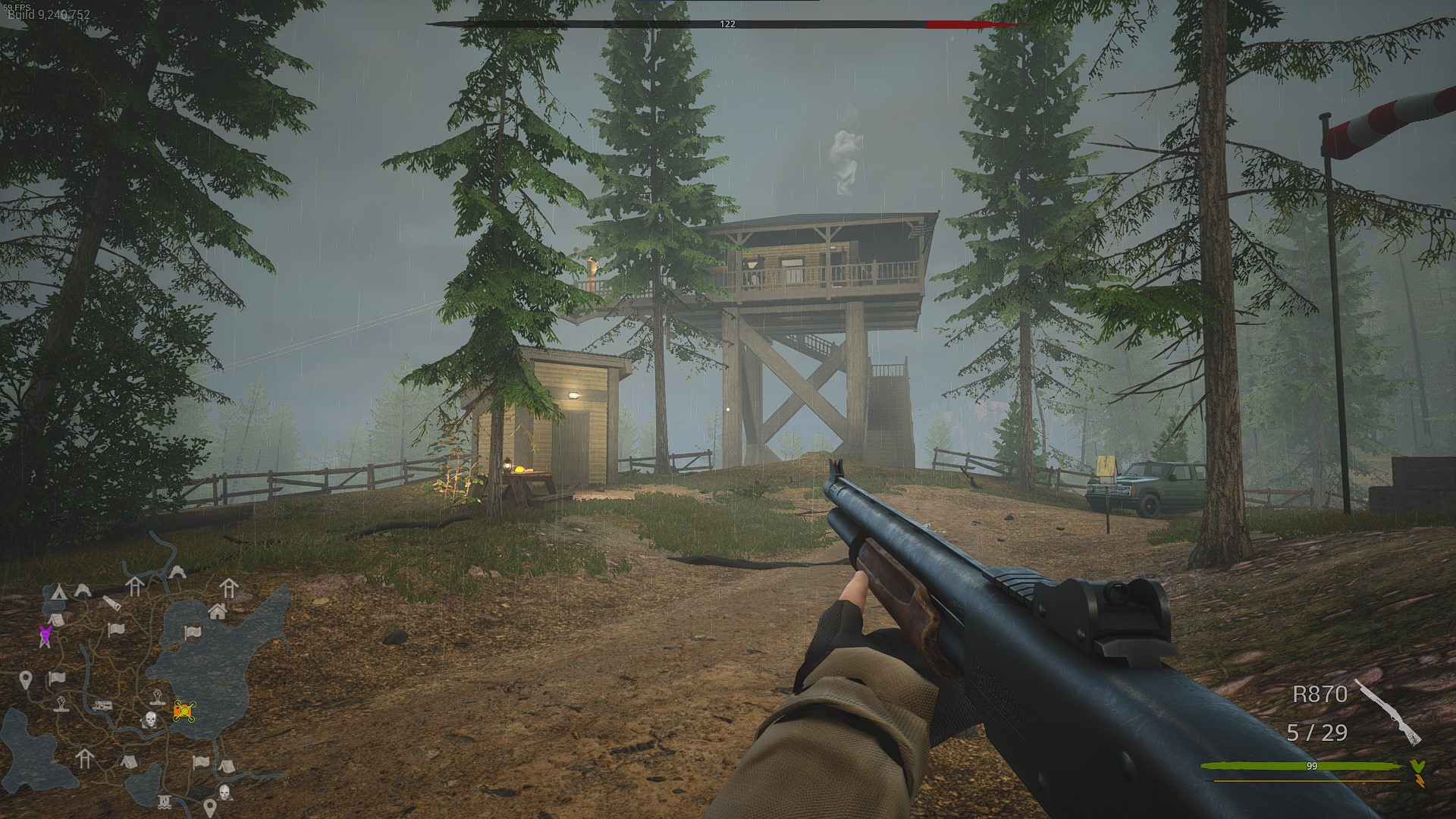 it may seem like a good idea and it possibly be one if your on the run however using the zip-line while bigfoots after you is a stupid idea as he can smash the zip-line down killing you instantly.


The caves may be good when bigfoot has low hp and will go down after a barrage of shots then with all due get in there and trap the place up however if hes on high hp he will just barge in and slam into anything and anyone its not a good idea to trap yourself in there with him.


The lodge at the top left is an okay place to go and you can get some stuff there however again because its so far away from any real safe areas you might be in danger of dying. 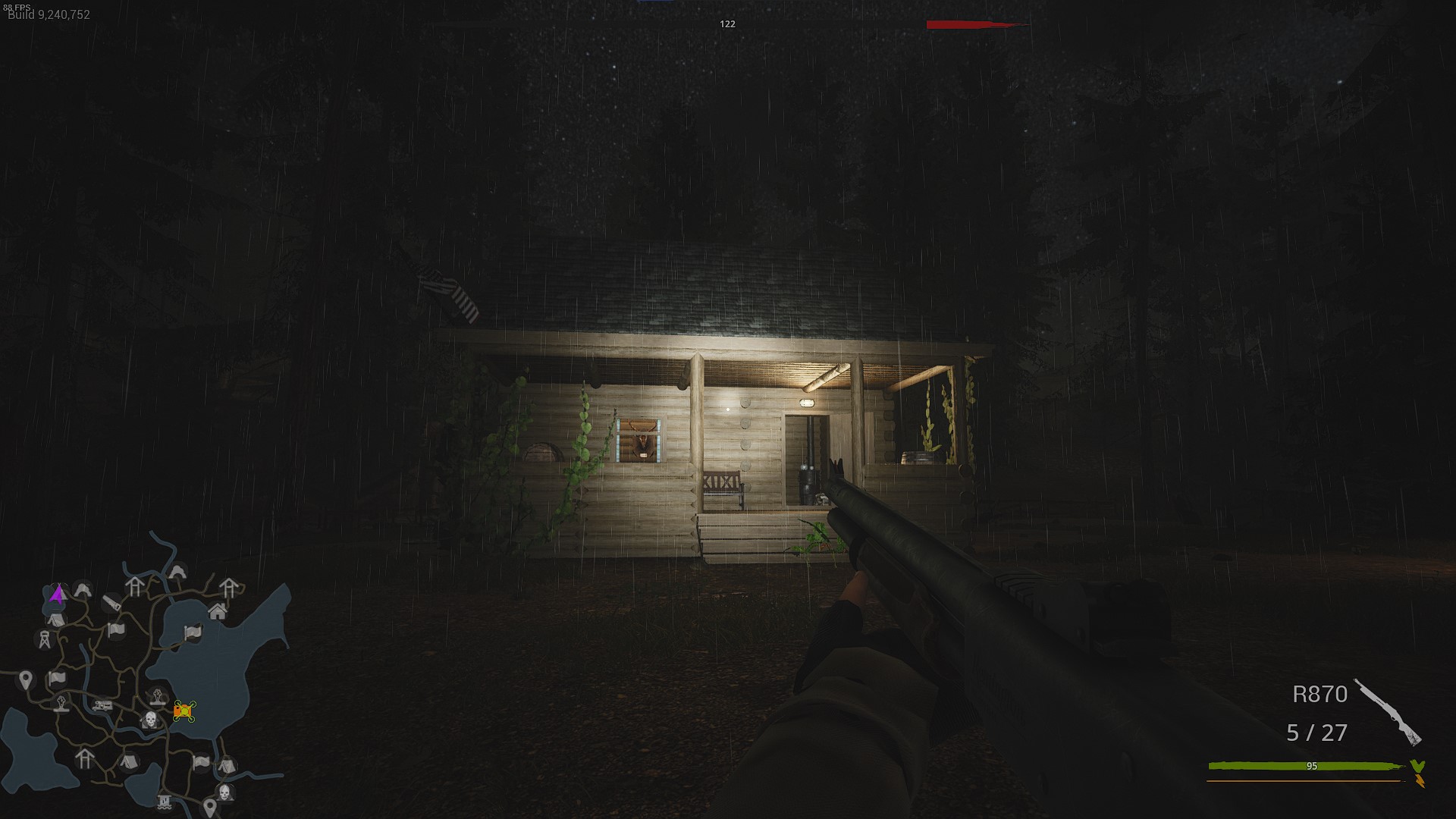 General thoughts on the map

This is honestly one of the best maps they’ve come out with especially with the game studios situation the fact they’ve made something this great is good signs to come for future updates.

If you havent tried this map get onto it yes its terrifying in the dark but so is every other map they outdid themselves for this one so get onto it.


PS. give me awards i want steam points 😉

I hope you enjoy the Guide we share about BIGFOOT – Yellowstone map & loot location guide; if you think we forget to add or we should add more information, please let us know via commenting below! See you soon!